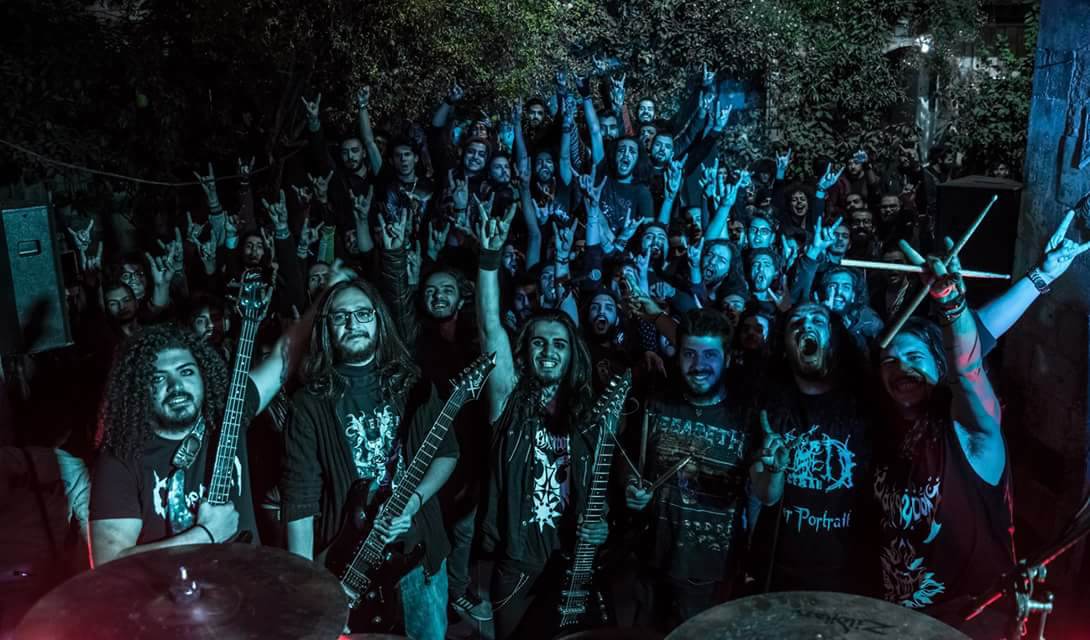 First of all, I want to thank Editor-In-Chief Liselotte (Lilo) for this opportunity and most thanks to HeadBangers LifeStyle for being interested in our scene here in Syria. I’m a guitarist in an extreme metal band and a real metal head, but let’s say I’m more into European Metal, while old Syrian extreme bands, such as Absentation and Netherion, are more into American brutal vibes and influences. Actually there are no specific bands that I listen to, so let’s say it’s Death Metal with all sub genres. 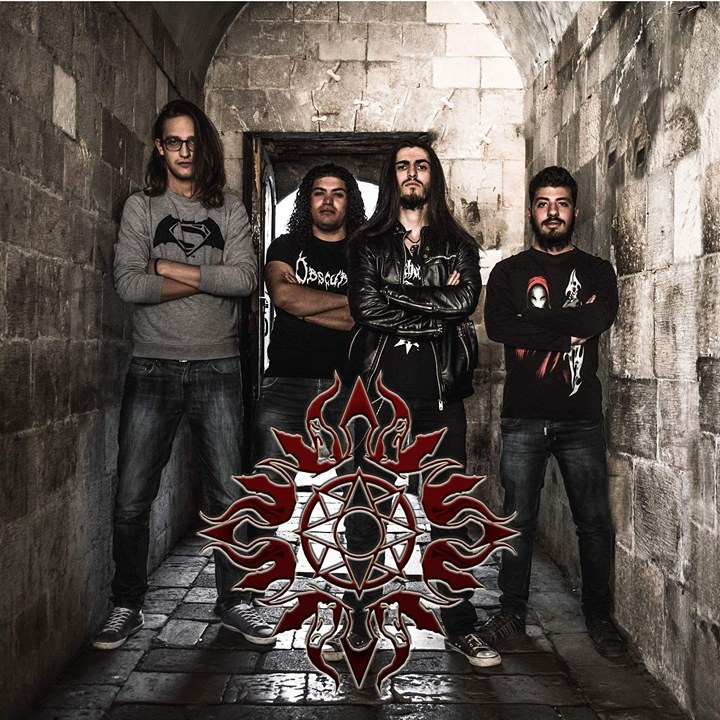 At the moment
I’m working with my band Maysaloon on our new upcoming full-length album, which will probably be released somewhere in 2018. But unfortunately we can’t be really sure about the release yet, because of the situation here in my country, such as financial problems, personal issues, war Issues, etc… So it’s kind of difficult for me to look into the future in this situation but there is one thing I am damn sure about: we’re definitely writing mind-blowing material, if I may say so.
I am also really excited about being involved in the new release of the band Absentation as a guest vocalist in one of their songs. Also this album is planned to be released somewhere in 2018. So cross my fingers.

Working on new songs and recording is something that keeps me busy
But also to go out as a musician, as a band and play live on stage is actually really important to me. Recently we did the show: “Brutal Throne II: Maysaloon Live In Damascus”. A gig like this shows the real performance of Maysaloon and it also reflects how our fans are connected to the band’s spirit. Our last show was one of the most important shows in the Middle East actually, because we were the first Syrian Extreme Metal band who played original songs and did an album release show, for our debut EP `The Forgotten Dawn’, in the Capital. To be honest, it is definitely not easy at all to play extreme music here, especially in times of war. I have to mention that the ticket price for our concert wasn’t that expensive, as it should be, 3$ was the price of one ticket, which is about 1500 S.P. It’s a bit expensive for us because all people here are suffering a financial drop because of the war. I guess it’s still a reasonable price for a ticket during the war, and not during peace times!! 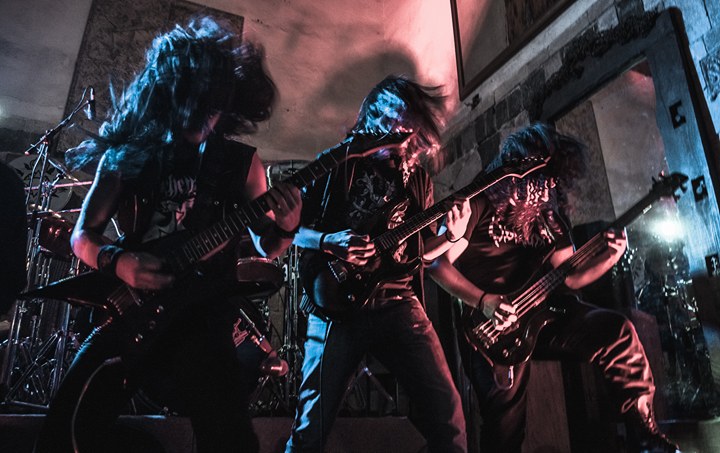 But I clearly remember how I felt while being on stage
I felt that perfect adrenaline rush and groove. And sure it’s a brutal death metal gig, so our universe has gone crazy by Moshing and head banging all concert long! It was unbelievable, but what was really shocking, is that during our gig we received the news about mortars that got dropped in the same area!
I mean it was awful and electrifying at the same time. How we play such music in the most ancient Capital in history, while mortars and bombs are being dropped on us!

Meanwhile here, people always ask about how dangerous the situation we live in is
Because for a band like us it is pretty dangerous as it is nasty! That’s because metal music is war itself here, metal heads over here suffer from the evil community we live in. We are hated, unsponsored and unsupported as well, due to charges against us, like “Satanic worshipers, evil people, blah blah blah”. They also say that we’re into sexual unusual acts, which is totally not true either. Therefor it is not easy to get together or gather as metal heads and in fact it is pretty dangerous because of the recent charges against us. But we can meet up and hang out together at gigs, like in Lattakia, where they have many gigs and where you see many metal heads. But they actually suffer the same as we do.
“U.Ground Studio” in Lattakia is owned by one of the oldest metal heads in Syrian, “Bashar Haroun” and he’s providing so much to the scene alongside with “Khodor Nashar” from the band Haunted Cellar. 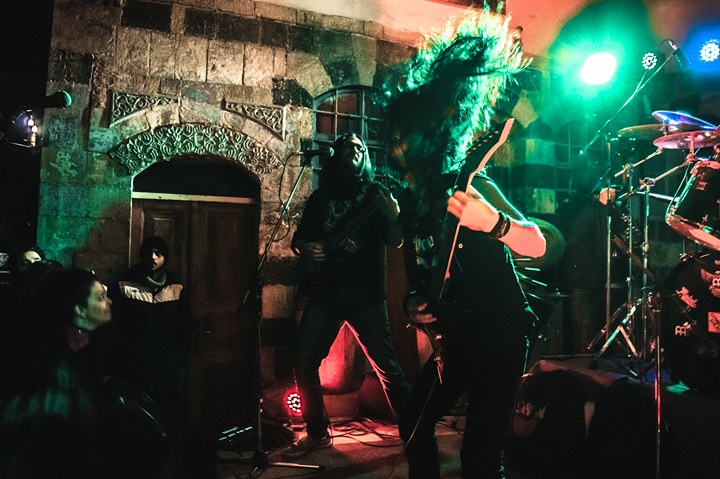 As a final
I would like to say that I really feel sorry about this whole situation and I am hoping just to be safe with my band and wish our country to be safe again.
That’s all what Maysaloon is about and our message needs to be delivered to the whole world.

P.s.: Special thanks to Antoun Siouffi and Metal is My Addiction for sponsoring and supporting our acts.
—
All photos by Hadi Abd Al Hak `Hadi Graphiz’