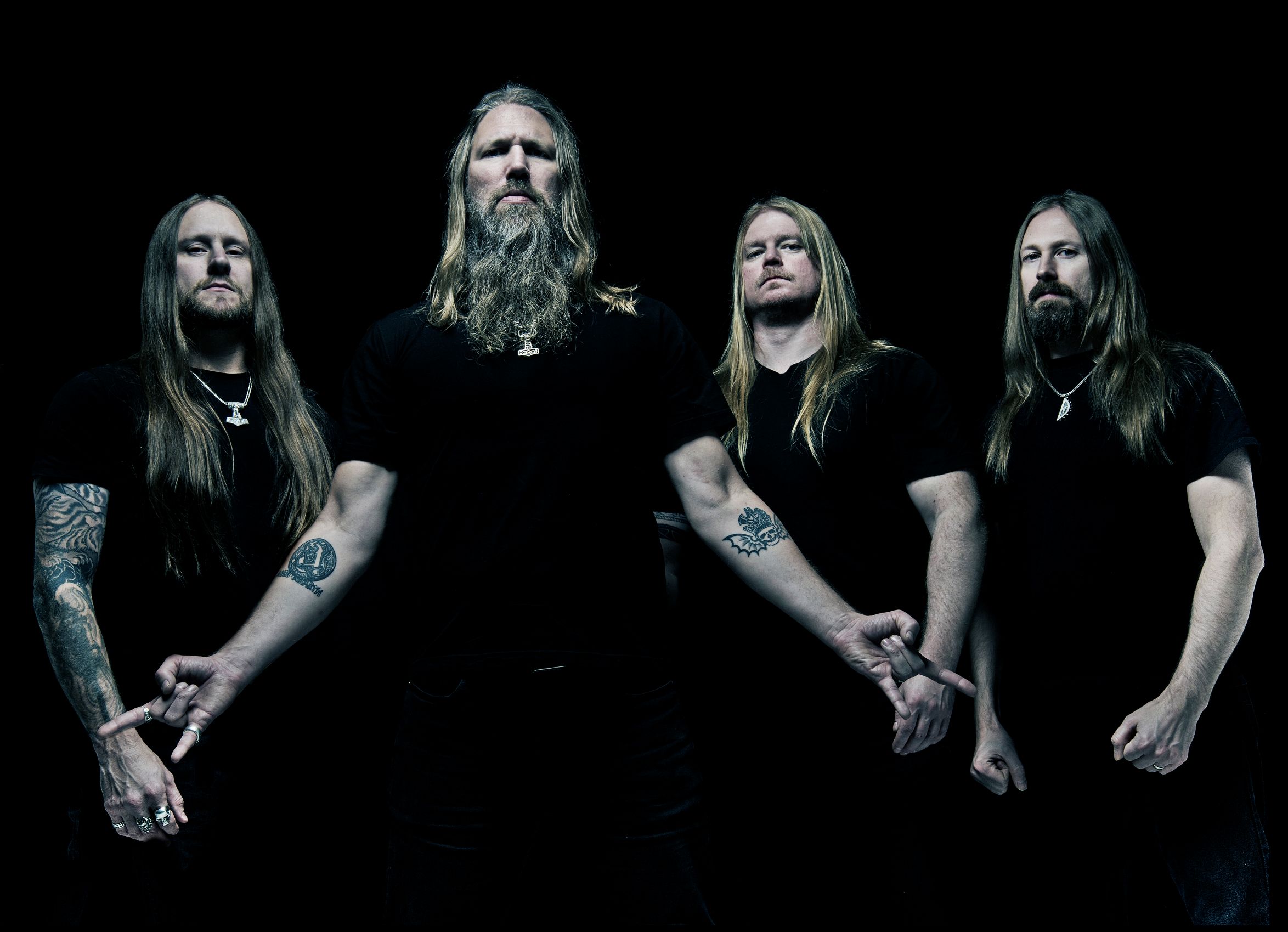 Although they are not too fond of the Viking metal qualification, Swedish melodic death metal band Amon Amarth is not really trying to get away from it. Their latest album is called ‘Jomsviking’ and is a concept album about Viking mercenaries. Guitarist Olavi Mikkonen is proud about the new release and shares it with HeadBangersLifeStyle. 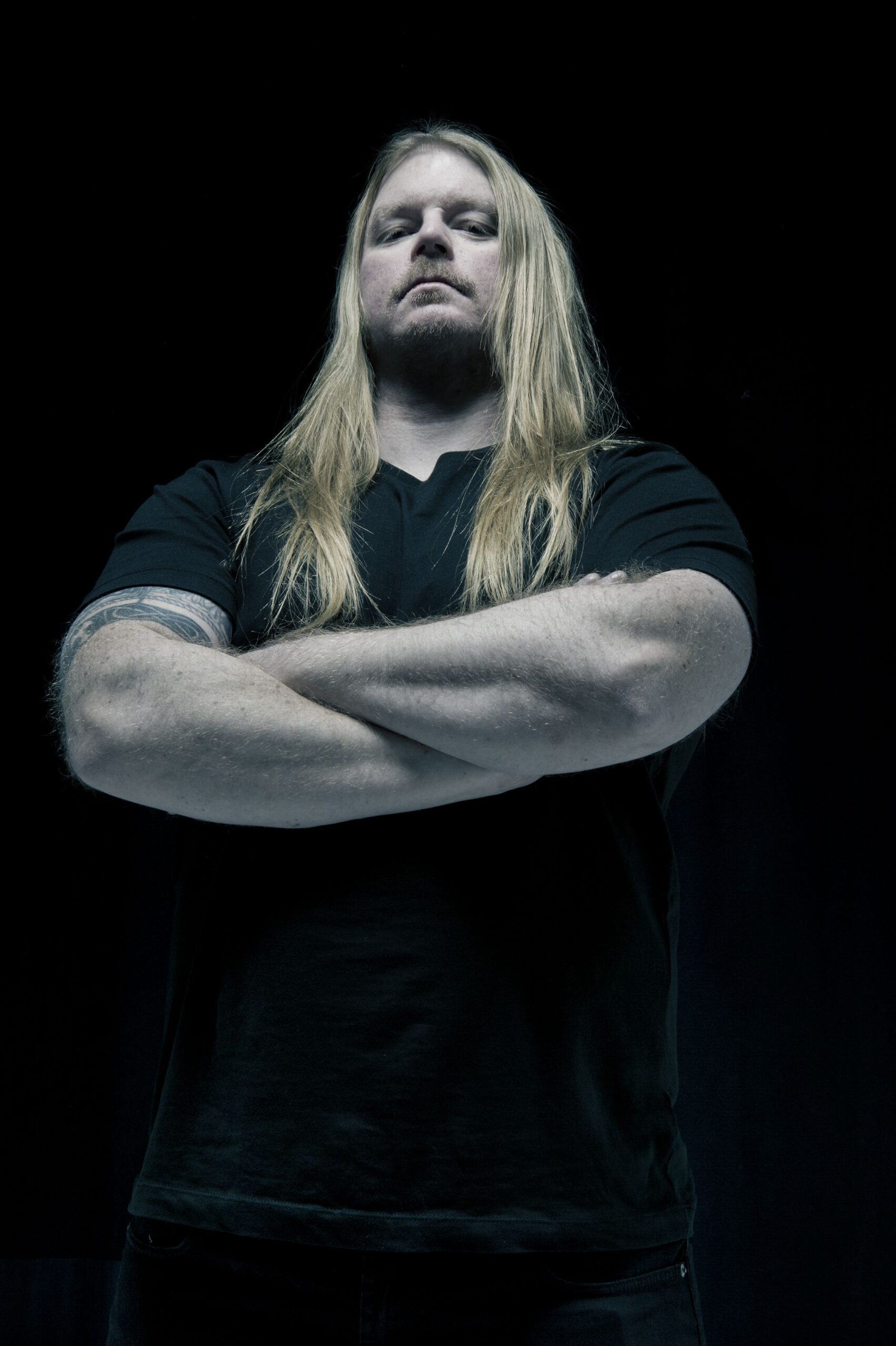 Why did Amon Amarth decide to come up with a concept album?
,,We were already talking about doing a concept album for many years but we didn’t have an idea that could last a whole album. We have done some gods concepts before like with Odin on ‘With Oden On Our Side’ and Thor on ‘Twilight Of The Thunder God’ but never a full album. This time singer Johan Hegg came up with a story that was written as a movie script, we were making a soundtrack to that story and that was the whole approach. The first idea was to picture ourselves making a movie and eventually Johan came up with ‘Jomsviking’. We have been bouncing a lot of ideas off each other. More than before we made this album together as a unit. We had to make music that fitted the story.’’

Does that also mean it was the most difficult album to make because everything had to fit?
,,Not difficult per se, I would say different. Sometimes we had good riffs or melodies and it simply didn’t fit because of the story so we had to come up with something else. It became difficult towards the end when we were still missing some parts and we had to force ourselves to write things that fitted. But it was also the most fun album we made because of all the brainstorming we did. Once we rented a cabin in Sweden we used the time half brainstorming and the other half playing, that’s when the cool ideas came.’’

You asked Doro to sing on ,,A Dream That Cannot Be’’. How did that happen?
,,We had the song and the idea that the song needed a female vocalist. More specific: we needed a metal female singer and who better to ask than Doro. We basically reached out to her and she hang out with us for three days and got really into it. She is such a sweet person, amazing.’’

Can we expect more guests in the future, as you already did in the past?
,,Hard to say. It is cool with guests but there must be a need. This song needed a female vocalist. We bounced off ideas and maybe we do something different in the future but we won’t use guests for the sake of having guests, it is all about the songs.’’

‘Jomsviking’ is a concept album about mercenary Vikings and a tragic tale of love and revenge. Is there a lesson to be learned from it?
,,Not really, the way we saw it was as a Viking movie, it’s just entertainment and people should enjoy it. We are making music and tell stories about Vikings, that’s it.’’

Amon Amarth is a close group of friends and after 17 years you lost drummer Fredrik Andersson because he wanted to pursue other things. You brought in Tobias Gustafson as a guest drummer, not a full time member?
,,We knew that when Tobias came in for the album that he might not be the permanent solution, nothing is carved in stone but at this point we are working with another drummer for the upcoming dates and we will see how that goes. The thing is, we have been together for so many years and it is difficult to have somebody come in and be the fifth guy, that takes time.’’

‘Jomsviking’ is Amon Amarth’s tenth studio album and the band is still getting bigger and bigger with every album you make. What is the secret?
,,I don’t know, hopefully people like our music. We are and have always been a hard working band, we try our best, don’t relax and always want to improve. With every album we try harder and the same with the live shows. Maybe that’s what people like.’’

How do you maintain this chemistry?
,,We are friends and have nothing to argue about. Maybe the biggest factor is that we share all the money equally, no matter who writes what and usually money is the thing that people fight about. We are all practically married so there’s no fights about girls either, haha.’’

Do you never feel the need to do something completely different from what you are doing with Amon Amarth?
,,So far I don’t feel that. What I want to do musically I can do in Amon Amarth. Sometimes I might come up with stuff that the guys are not really into but then I lay it aside and present it again a few years later and maybe they grew into it.’’ 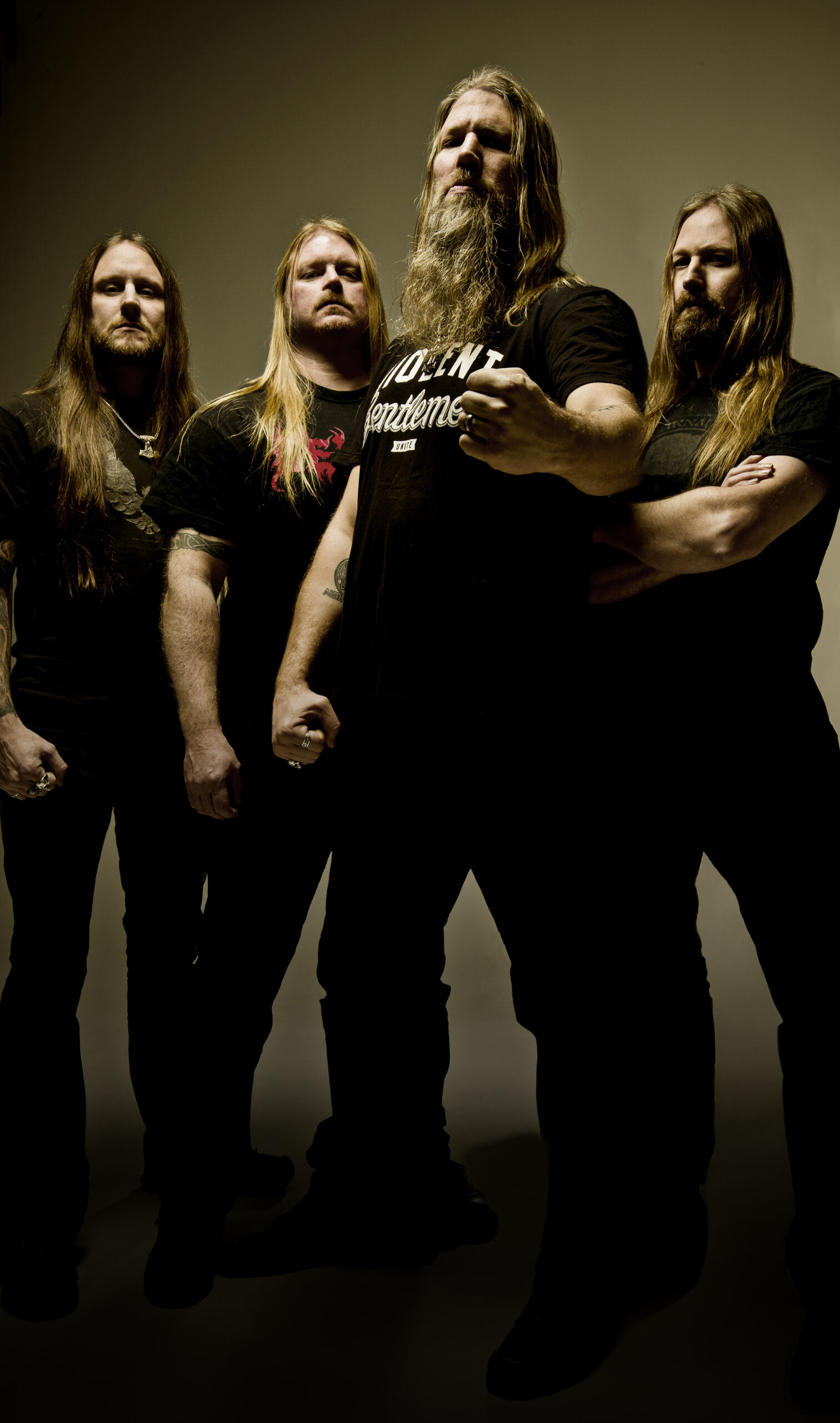 What do you consider your biggest achievement so far?
,,That we stayed friends. I know a lot of bands that are around as long as we are and they can’t stand each other. We maintained friends even when we are touring for long periods, still on days off we hang out and that’s unique and one of the reasons for the success as well, I think.’’

Where do you see Amon Amarth in five years time?
,,Hopefully talking to you about the next album, haha. I don’t really try to think too much ahead, I’m living in the now and we’ll see what happens.’’

What would you have become if not a musician?
,,Probably a carpenter because that’s my only real profession. I still do that, especially since nowadays I have a house of my own that always needs work.’’

Do you consider Amon Amarth work or a lifestyle?
,,Probably a lifestyle, but I can’t deny it is also my work because Amon Amarth pays my bills. I don’t work from 9 to 5 and then shut it off, since I am the guy in the band that keeps the contact with the label, the management and because we have an American management I deal with different timezones. We are involved in almost everything and we like it that way. Everything released under the Amon Amarth name has to be approved by us.’’

Any advice to young kids who want to become musicians?
,,The most important advice is: have fun and do stuff you are passionate about, go and do it your own way, so to say.’’

Is there one song, riff or solo that you are particularly proud of?
,,That is a difficult one, the main riff of ,,The Pursuit Of Viking’’ I personally like a lot and it is a classic live song but ,,Twilight Of The Thunder God’’  is probably one of the best songs I’ve written and hopefully the people will embrace the new songs as well.’’

Is there any place or venue that you haven’t been yet but is on your touring wishlist?
,,We never played in Africa so that would be cool, there’s still a few countries in Asia we haven’t been to. You know, it’s always fun to go somewhere you’ve never been before.’’

Do you take the time to learn about different countries?
,,To be honest, there is not much time because it’s show, travel, show, travel, but we always try…and we always eat the local food and that’s something we can actually do.’’

How would you like Amon Amarth to be remembered in the future?
,,Wow, I don’t really think in those terms but let’s say hopefully as a decent band.’’