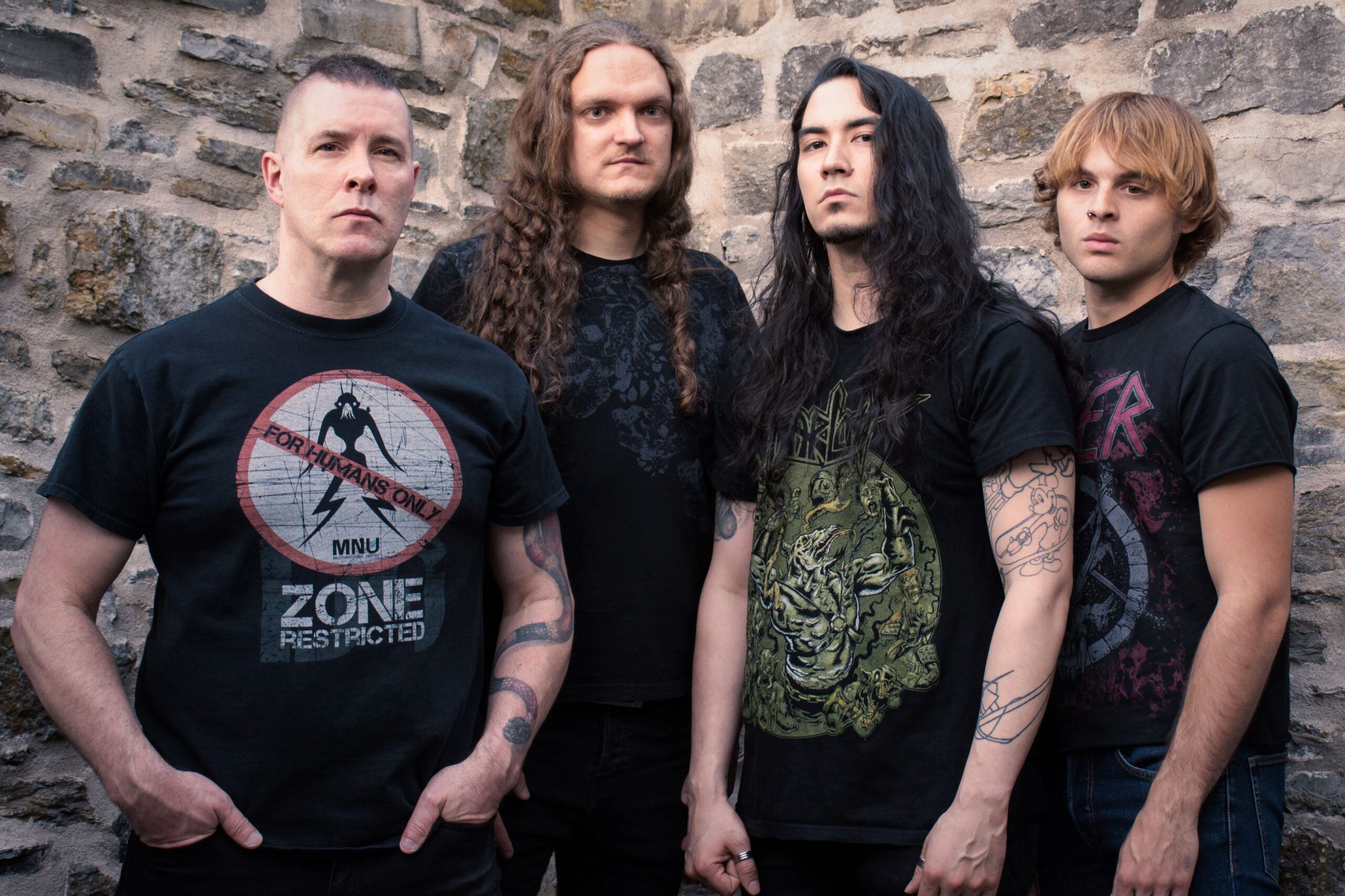 About The New Album 'For The Demented'

Annihilator, formed in 1984 by Jeff Waters, released their first album ‘Alice In Hell’ in 1989 and the band have not stopped putting out records and touring the world since then. The band’s catalogue is impressive and the last album was called ‘Suicide Society’, released two years ago. Now, Annihilator will bring out their 16th studio album called ‘For The Demented’ on 3rd November; an album that was guided back to the roots, back to the thrash meets melody, but with some pure Waters guitar riffing, up-graded lead guitar shredding and vocals back to the demo days meets the ‘King Of The Kill’ record. So enough to talk about with Annihilator’s main man Jeff Waters as I have him on the phone at 2:30PM Canadian time…. Again a great title for another great Annihilator album, tell something about ‘For The Demented’ please..
,,Yes, of course, it is not a nice thing, being demented, but as I looked up the word in a dictionary I found out that it also meant crazy, different and abnormal, so I thought, well that is interesting. That was an idea for a song, a song about people being different, so in fact a song for anyone about anyone. A song about being different from the rest, about being creative and artistic, right?”

So the song is not about Trump?
,,No, oh no, ha ha…. I do not really care about politics.. Of course everybody has political opinions, so have I, but they are not really interesting so I really do not want to bother my audience with my political views, leave that to other bands, ha ha…’’

‘For The Demented’ is your 16th studio album, would you call that a milestone in your career?
,,Well you know, I would call my debut album ‘Alice In Hell’ a milestone as after its release and success we were allowed to release another album, that was really amazing. ‘King Of The Kill’ was also a milestone as that one was really successful as well, still love that album by the way!”

,,THE CRAZINESS OF THE MUSIC IS MATCHED BY THE LYRICS”-Jeff Waters

‘For The Demented’ has a theme, a concept, could you please elaborate on that?
,,It is our first album with a theme, lyrically that is. ‘For The Demented’ is about the human mind, it is about obsession, addiction; the human mind and all of its glory, complexity, diversity, weaknesses and even insanity. But do not take it all too seriously and by the way the craziness of the music is matched by the lyrics, so eat your heart out and enjoy.” 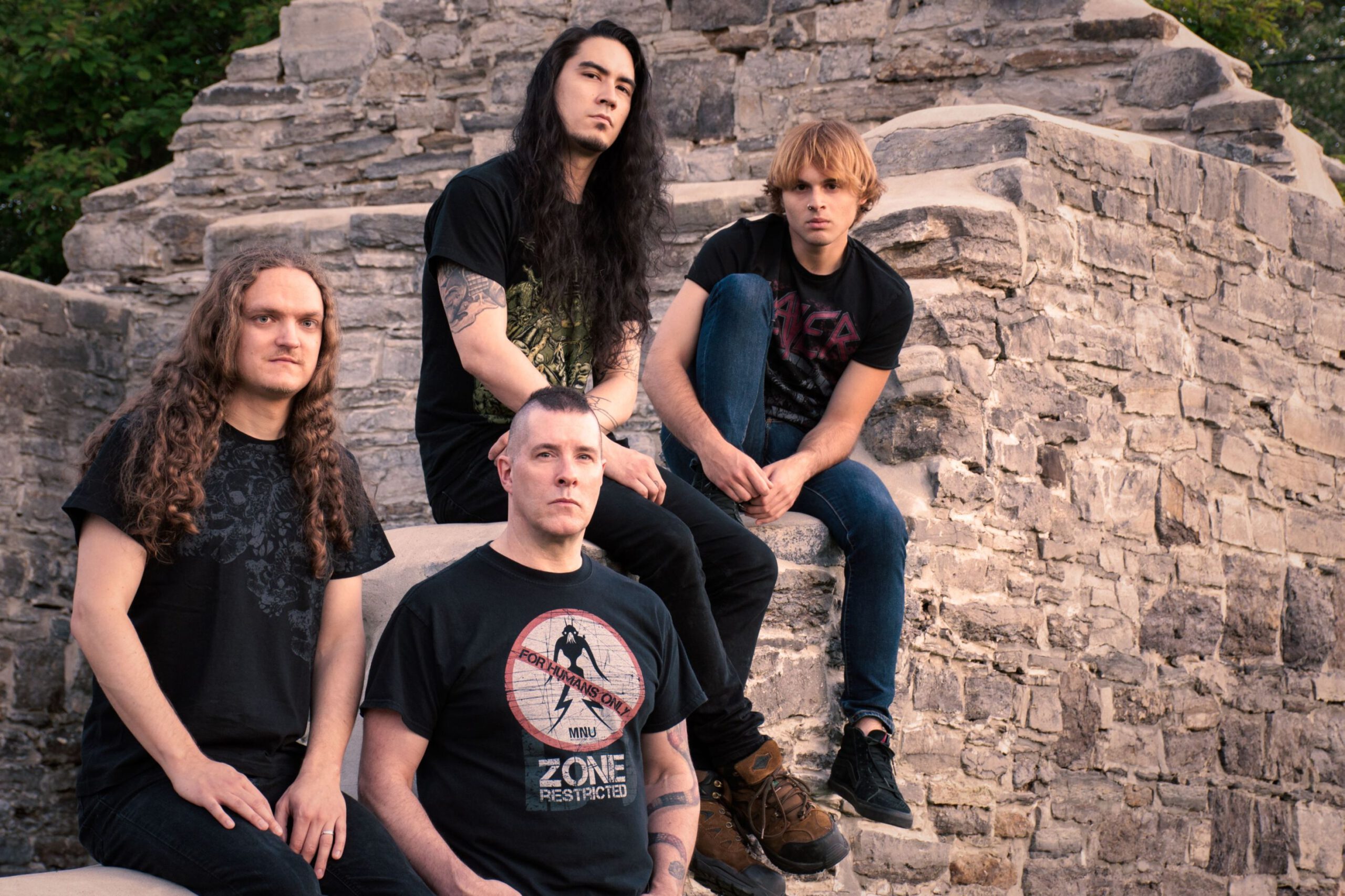 How big was the influence of Rich Hinks, the bass player in the band, on this album?
,,Well, Rich is a 28/29 years young bass player from the UK, a very smart guy by the way, who loves old school metal and new Scandinavian metal such as Meshuggah. Rich is really into this combination of old school and new complex metal and he helped me to write songs for the new album using that mix. I played him some songs, riffs, hooks and melodies and he would simply say yes or no, he told me what to do actually, ha ha. We actually wrote all the songs together and that was really fun, so Rich was an important guy for this new record and it was in fact the first time I’ve actually had somebody else in the studio since 1990….”

‘For The Demented’ is, again, not a radio friendly album, right?
,,Of course not, ha ha, but the name Annihilator is also not really radio friendly, ha ha, but that is quite all right. Dave Mustaine once said, and Megadeth is big in the USA, that he even would be much bigger and more on the radio if he had not picked a band name with something that sounds as death….. Again, I really do not care if my music is radio friendly or not, we play ballads, we play love songs, love them or hate them, what the hell, right? I also do not care about bad reviews as any feedback is good even if some critics do not approve of my music. I learn from it, so, bring it on! I already have a long career and I still like making music, it is still cool.”

,,Twisted Lobotomy’’ is the first single from the album, why that particular one?
,,I really like that song, it is hard core fun, back to the roots. ,,One To Kill” will be the second single from the album and that one is a metal song in a way like Testament meets Judas Priest, you know.” 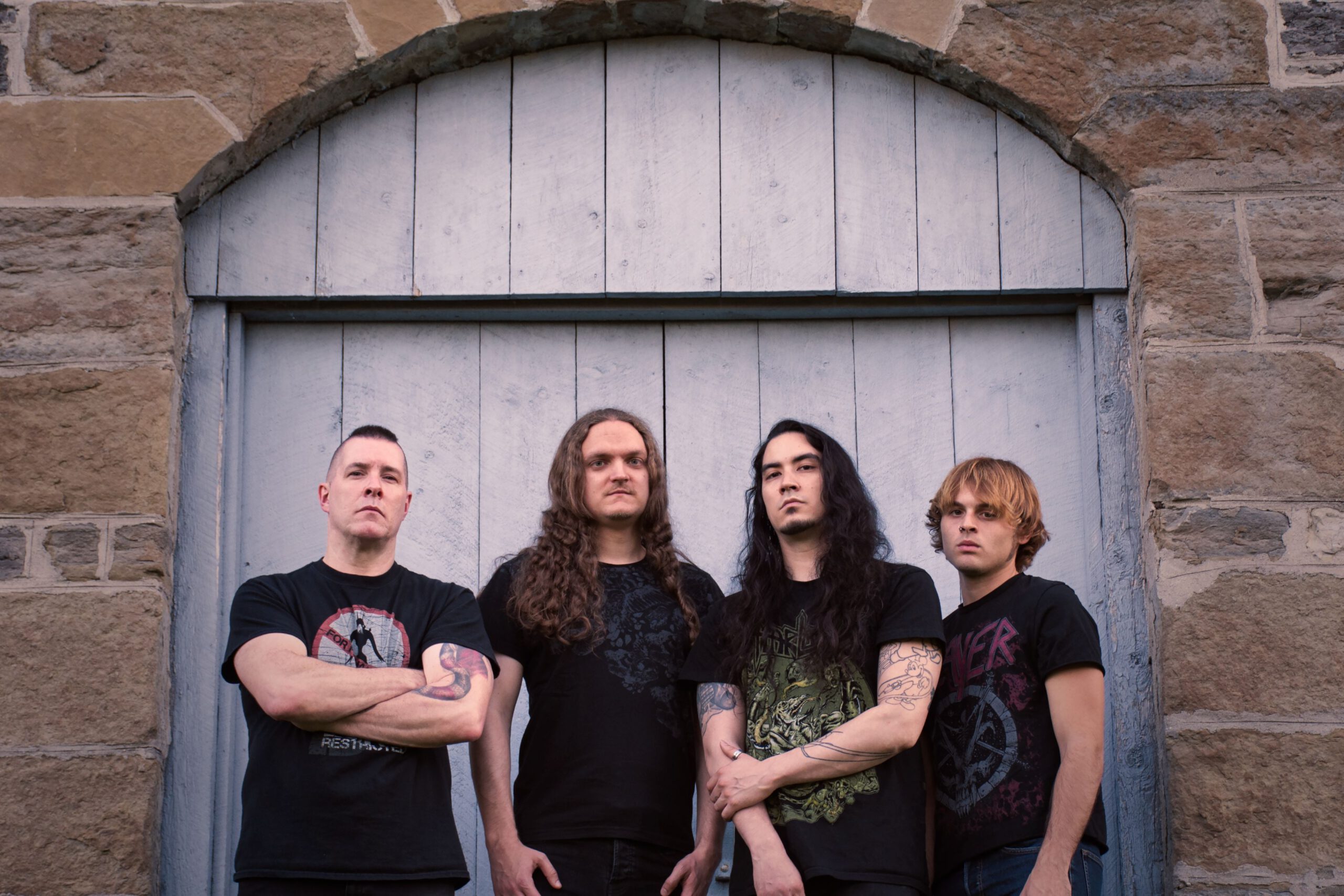 Did you challenge yourself as a guitar player on the new album?
,,Being a guitar player is great, you know, also playing the lead guitar, but for me the solos are the least important. Riffs, hooks and melodies are far more important for a good song than the actual guitar solo.”

So how much guitar soloing is improvised on ‘For The Demented’?
,,Playing solos is fun, do not get me wrong, but improvising solos is very complicated and playing a solo differently every time you play that solo is even more complex. If you watch Eddie Van Halen or Angus Young on You Tube playing a solo, they never play the same solo in the same way; you know it has to do with feeling, they change little things and they get off on that and it sounds great of course. Take Neil Peart from Rush, he always wants to play everything perfect, so his drum solos are always the same. I am also a more structured guitar player and I am definitely not Eddie Van Halen, ha ha…”

What are your favourite tracks of ‘For The Demented’?
,,Actually I really like the first four tracks of the new album being ,,Twisted Lobotomy”, ,,One To Kill”, ,,For The Demented” and ,,Pieces Of You”.

How important are lyrics for Annihilator songs and do you find it hard to write lyrics?
,,Not really, well let me tell you a story about that question, if I may… We were on a plane with the band and someone said: “how long do you need to write a new song?” I answered that it could be done during this plane journey which lasted three hours. So, I wrote ,,Pieces Of You” on the plane in three hours’ time, ha ha….. That song really has some schizoid lyrics as it is about a guy who killed his girlfriend, cut her up in pieces, put those pieces into a sandwich and ate the sandwich..ha ha; it is actually a love song, believe it or not!! ,,The Demon You Know” is also a great song, Rich came up with the guitar riff for that one and it really sounded like the riff from the song ,,Knight Jumps Queen” from the ‘Set The World On Fire’ album, but he did not care and said: “so it is an Annihilator song riff, so what, it sounds great, right?” He was right of course, it really sounds good; however that riff from ,,Knight Jumps Queen” is actually based, in a subtle way, on a riff from a Testament song, ha ha…” 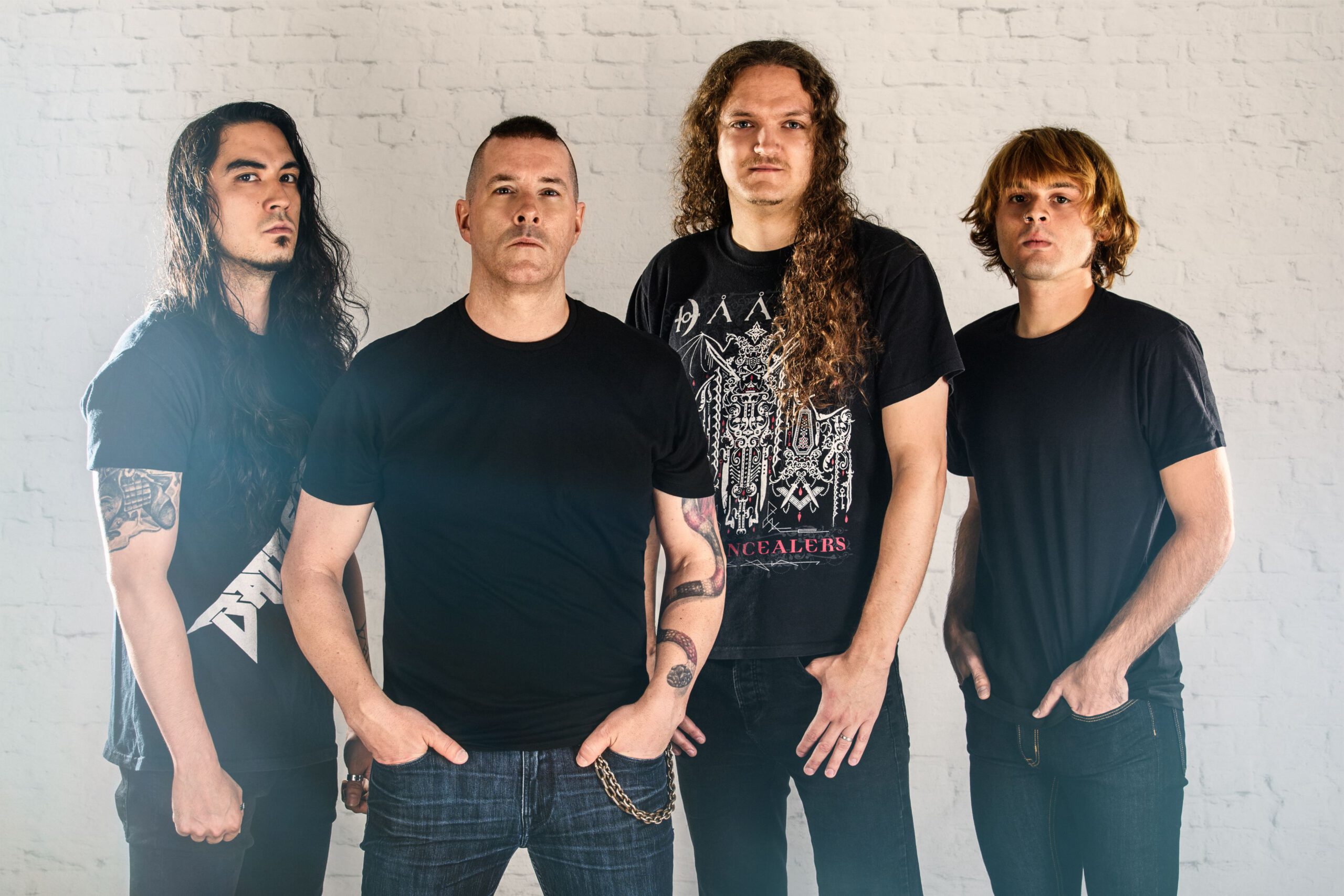 Future plans?
,,Well, we are going on tour and what a great tour package it is, together with Death Angel and Testament, two notorious, great metal bands. We also will be doing a lot of festivals in 2018 and 2019 and I will be giving guitar clinics in Frankfurt and lots more, busy, busy, busy..”

You are in the music industry since 1984, are you still not fed up with it?
,,Ha, ha, yeah of course, with some aspects of the music industry. But if you do a lot of things by yourself and you have good promoters and good agencies, then it is still a lot of fun to make music and to perform. Of course the sales of records/cds sucks but I am still around and I work very hard and it is very cool to being around for so long and play and record the music I like; take it or leave it, I still love to do it!”

Thanks for your time Jeff.
,,Welcome as ever, my friend.”
—
All bandphotos by Jasmina Vrcko