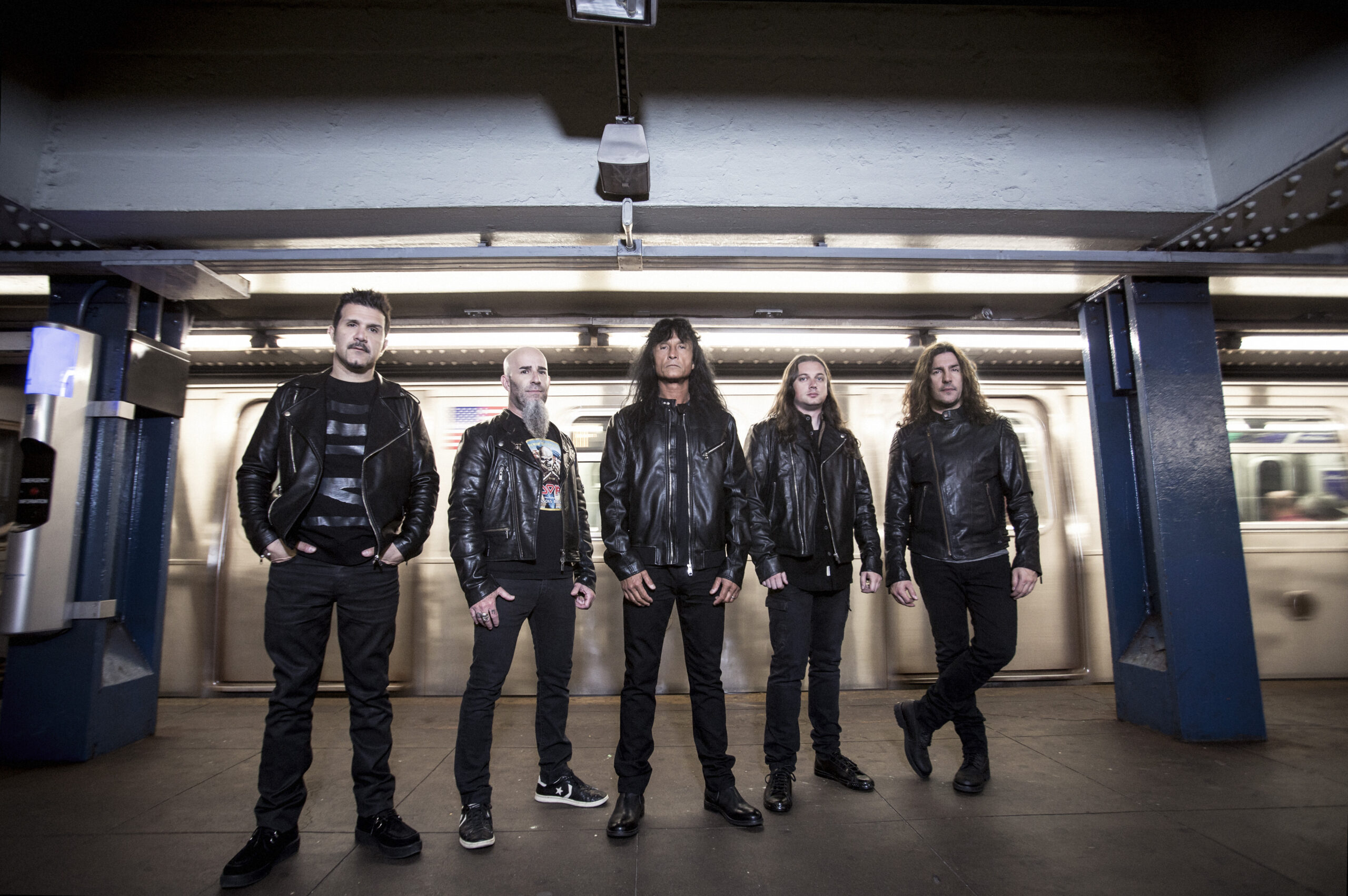 It’s been 35 years since the founding of Anthrax and exactly 30 years since the release of ‘Spreading The Disease’, the first album on which bass player Frank Bello was present. Bello has been a constant factor ever since in one of the bands from ‘The Big Four’. At the time of the interview he is in Rio de Janeiro, Brazil where Anthrax is touring South America with long time friends Iron Maiden. Words that Bello keeps using are ‘overwhelming’ and ‘humbled’ when he talks about his experiences on this tour and the reactions of the fans at shows and about the band’s eleventh album ‘For All Kings’. This is a rock fan who became a rock star but still is a fan. 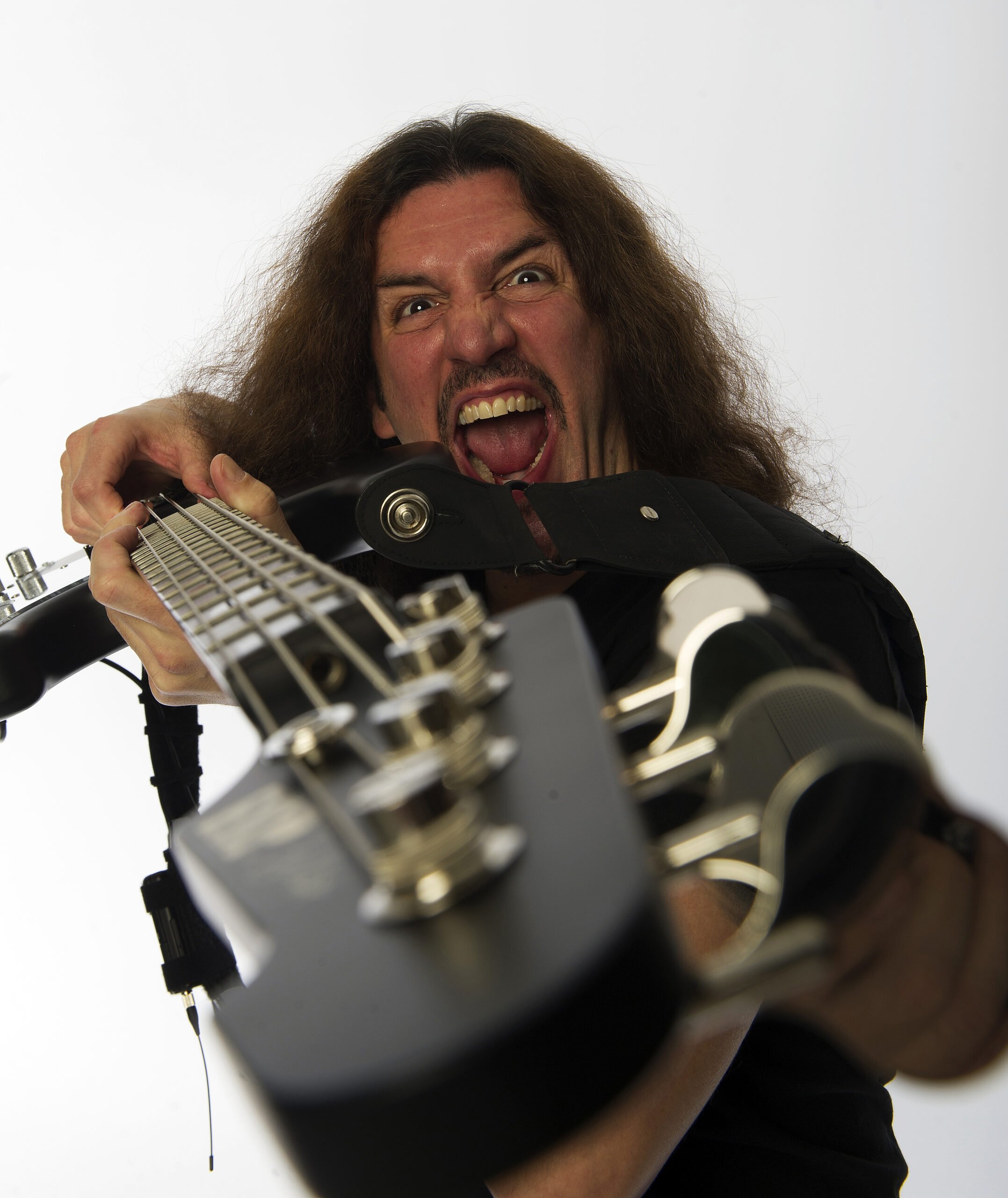 The greeting is like we have known each other for years and this relaxed attitude makes the talking easy. In a luxurious hotel close to the Olympic Park Bello takes the time to talk with HeadBangersLifeStyle about the band’s latest album ‘For All Kings’, touring and the secret of their success.
,,As you know we are touring right now but we are so close with Iron Maiden and the whole entourage that this is more like a big family travelling together and having a great time. We have been touring a lot with Iron Maiden over the years but the crowds in South America are massive. It is an honour to play with them and the audience is very receptive to Anthrax which is awesome.’’

‘For All Kings’ has been three years in the making. Why?
,,To make sure it is the right record and to be blunt, we’ve been touring. We did over 300 shows for ‘Worship Music’. Every time we were trying to get into the studio another great tour came up and it was the right thing to do. It all worked out really well, we had to live with the songs for a while so each and every one sounded exactly the way we wanted it and that took time. Let me say that we’ve been overwhelmed by the fact that the people are so kind to us. The album hit Top 10 in the USA and is doing great in the rest of the world. If you told me this 30 years ago I probably wouldn’t have believed it.’’

I read you had 20 songs to choose from. How did you pick the songs for the album?
,,We had a lot of songs but you know which songs are the best. They talk to you, they went through the whole process of really standing out to make it onto the record.’’

Charlie comes up with a riff, you with a melody line and Scott is responsible for the lyrics. When did you discover that this was the ideal way of working for you?
,,We come up with a lot of different ways, my melodies really work with the songs, Scott writes really good lyrics. We have a real cool chemistry when we’re writing songs so we keep doing it this way.’’

Scott called ,,Blood Eagle Wings’’ the centre piece song of the album.
,,It is more epic sounding, it is the centre piece. When listening to the whole record I call it a rollercoaster ride. Take an hour to listen to it and just have fun. You will come out on a high, haha.’’

Do you think ‘For All Kings’ is the most divers album Anthrax has ever written?
,,I do! What I think is that all we can do is write what comes out of us. Write the best songs you can write. Do your best, don’t leave anything out. Everything went exactly the way we wanted it, on record and on stage.’’

What was the first song written for this album?
,,,,You Gotta Believe’’, Charlie came up with the riff, we just started jamming and it eventually became a song.’’

And from there you had a direction for the album?
,,Not with Anthrax. With us everything goes. It comes from deep within. I could tell you this: Anthrax is hungrier now than ever, even in the 80’s. We are touching a really good vein of writing and these songs are making us feel fucking great. Thankfully it’s connecting with people. Thirty something years in our career saying this is our best record is humbling and means you’ve done something right as a songwriter.’’

Anthrax came a long way since the debut album ‘Fistful Of Metal’ in 1984. You survived hypes and trends. What is the secret?
,,The secret is just be true, right? We cannot be dishonest to our music, it’s gotta be straight out of your gut. We are writing as fans and hopefully that connects with other fans, that’s really what it is.’’

Is not losing touch with your fan base part of the success?
,,Oh dude, totally! We are fans, that’s the whole idea, don’t forget who you are. We are fans of this music for a reason, we live this music. I like a lot of different music but I go on stage and to play these new songs it’s so much energy. If we had the choice I would love to play every song of the new record, of course we can’t, but I’d love to play the songs of the new record.’’

Coming up with a setlist must become more difficult with every album you make. How does that work?
,,Oh dude, you have no idea how hard that is. We have a whole career, there’s a lot of songs people want to hear and you want to make people happy but that’s hard. We are fans playing this music and it’s impossible to satisfy everybody.’’

What would you have become if not a musician?
,,Man, so weird. I know its not a doctor, I would like to own my own bar. In school I was a baseball player, into the sports thing but music was always my favourite and believe me, I know how fortunate I am to be able to make a career in music and I’m very thankful for that.’’

Is there a special item that you always take with you on every tour, a good luck charm maybe?
,,No, I don’t take anything with me for luck…you know, I have a 9 year old son and he makes me drawings to bring with me and that’s very sentimental to me. I love my family, my wife and son, and it is hard to be away as much as we are so whenever I feel blue I take them out and watch them. That’s the one thing I take.’’ 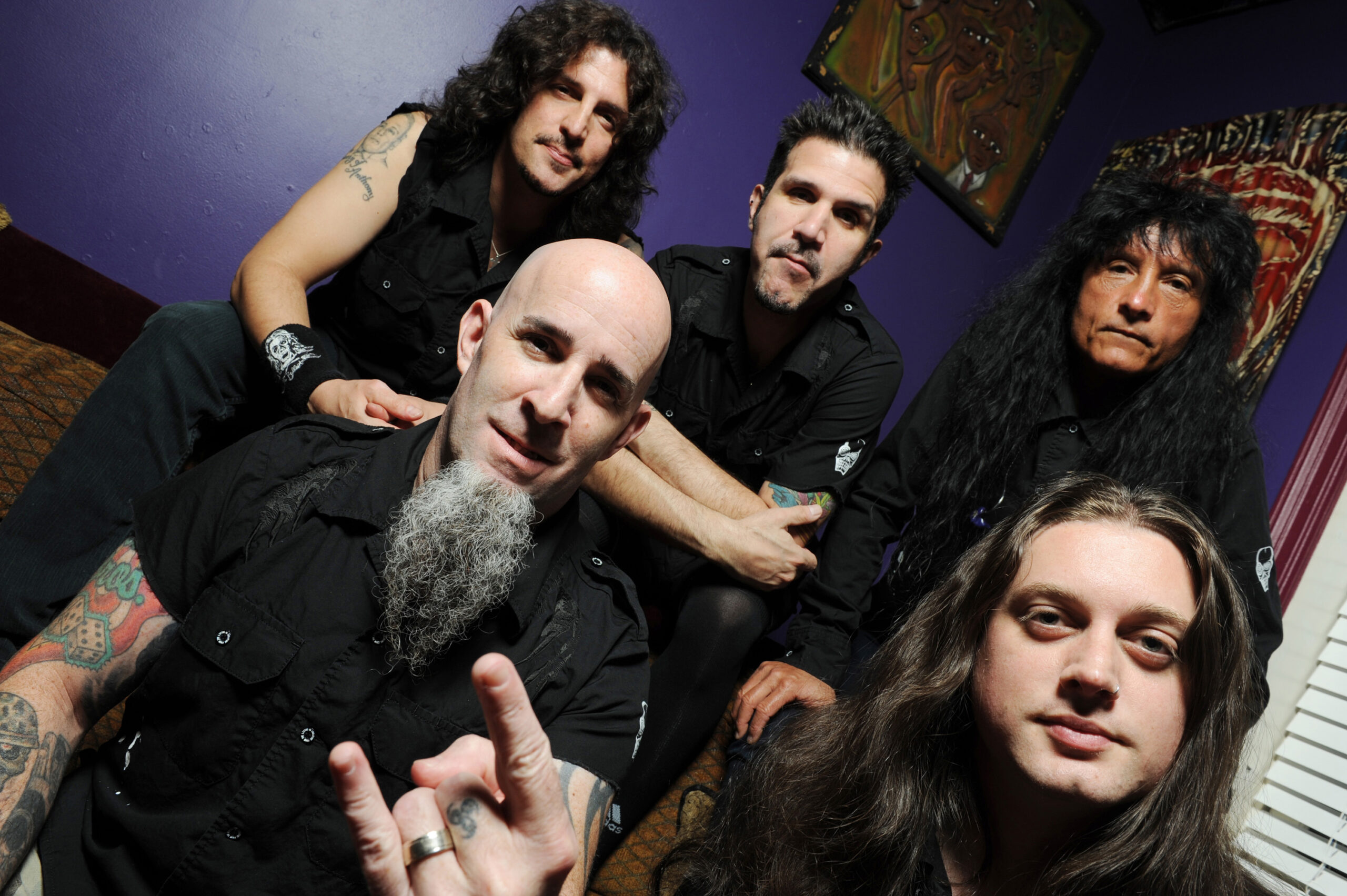 What do you consider Anthrax’ biggest achievement?
,,To be around and being a relevant band in 2016, having a very successful record out. To have relevant songs, people are genuinely connecting with this record. At the end of the day, music is an escape from the reality of your everyday life and to make people feel good that’s why I got into music. I think it’s a really important thing.’’

Is there one specific song you would call the perfect Anthrax song?
,,We have so many in our career. You can go back to ,,Caught In A Mosh’’ or pick a new song like ,,Breathing Lightning’’. They all encapture what Anthrax is about: heavy with a catchy melody that’s the essence of Anthrax, it has always been.’’

Do you have any advice to young kids who want to become musicians?
,,Yes, persistence! Look, it’s a hard business and if you love music, you must really want it. If people say ‘no’ you say ‘yes’. We’ve all done the van tours. I am all for kids becoming musicians that’s why I do bass clinics, I want to pass the torch to the next generation.’’

Does Anthrax cross over in generations?
,,At a typical Anthrax show nowadays you have kids from 13 to people in their 50’s. When Anthrax did the Big Four tour it really crossed us over to a different audience together with our old audience and that carried over. So what you see now with ‘For All Kings’ is a great mix of people from anywhere that are having a great time. It’s a celebration, man! It is very fulfilling, I am humbled and very thankful that I can do this.’’

You attract a lot of young fans which means that Anthrax can go on for a long time.
,,That’s the plan. To play and write songs that the audience, as well as we, can relate to.’’

Do you or the band have a ritual before you enter the stage?
,,No, we stretch that’s it, I am a yoga guy. We have a good time, we laugh a lot, keep everything light and leave it all on the stage. We give it our 100% and everybody is having a good time.’’

After the South America tour there’s North America and after that back to Europe again.
,,We gonna do all the festivals. We didn’t do that last time because we were making the album. We are actually booked till 2017. We are so looking forward to it.’’

Is playing live what it is all about?
,,It is always great to create records but connecting with the fans is fantastic. I believe that a show is not about a band playing for an audience, it’s about creating one energy both on stage as off stage. When these two energies meet that’s electric, it’s amazing, a drug, you live for it.’’
—
Check out the Anthrax Official website and their Facebook page

Please be aware this video comes with a warning