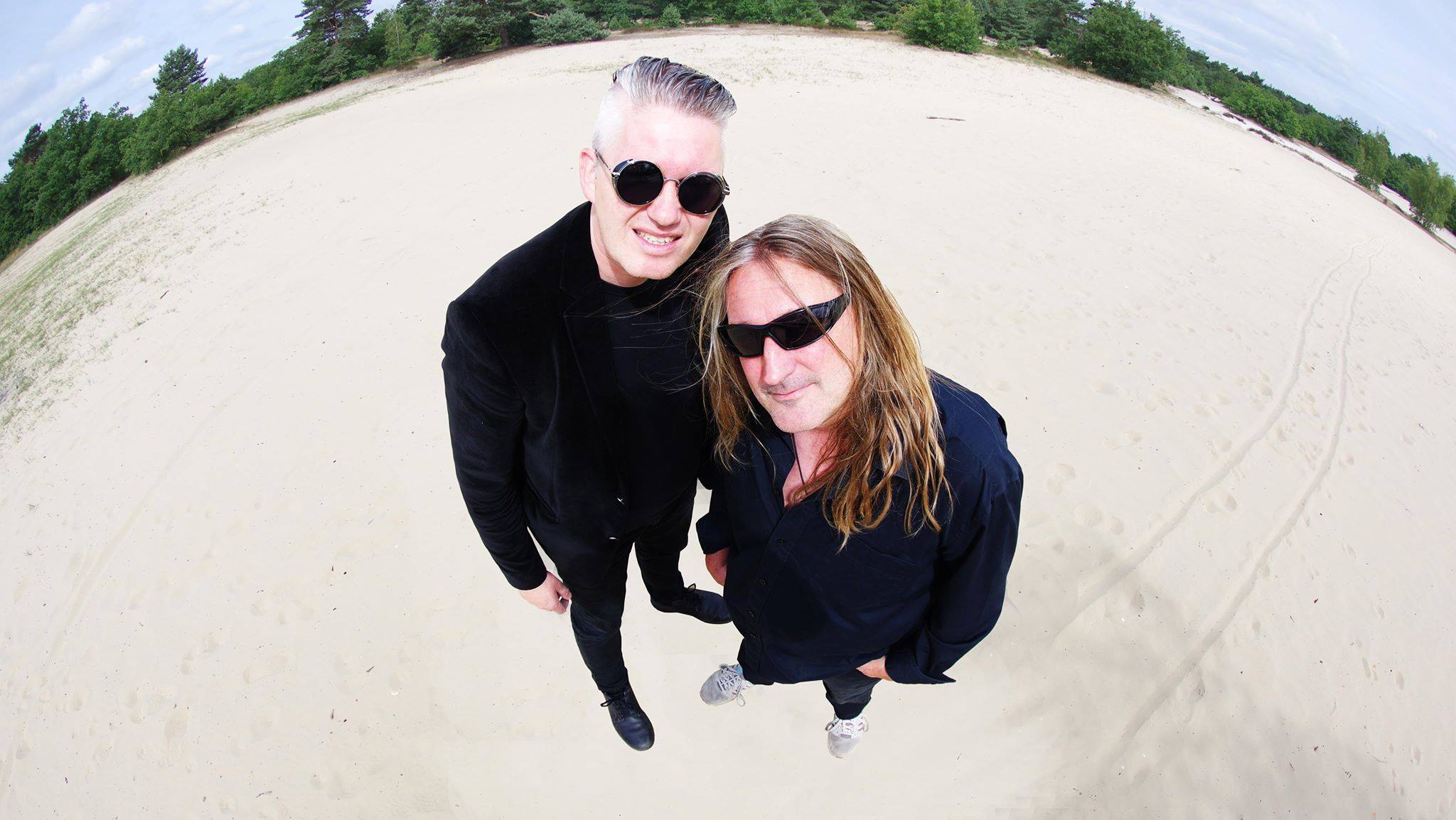 AUGUST LIFE is a new Dutch prog metal project led by singer Bryan Ketelaars and guitarist Gert Nijboer, who had the help of quite a few highly experienced colleague musicians. Ketelaars and Nijboer went into the studio [Jack’s Place] of producer Jack Nobelen [who you might remember from the band Horizon] where they created ‘New Eternity’, an album with a message, that is released by the new Dutch label Pt78 Records. HeadBangers LifeStyle spoke with Nijboer about the past, the future and, of course, the ‘New Eternity’ album.

Hello Gert, how is life at the moment?
,,Life is good! Mainly because of the fact we recently released ‘New Eternity’. The reactions from fans and music lovers all over the globe are so heartwarming. You know, it’s very difficult these days to launch a brand new band/project into the music market, so it is actually quite stunning to have had so many and on top of that such overwhelming positive reactions even before the first reviews were penned down.‘’

I know you played in a lot of cover bands like for example DEO and the Dutch Disciples [still rockin’] and even did some gigs with Highway Chile/Helloïse musicians which is great in my opinion. And suddenly you and Bryan surprising the metal community with this new album ‘New Eternity’. Tell us how Bryan and you came to the idea of this project?
,,Well actually, apart from one regional cover band I have always played in, or was the initiator of, original bands. Fact is, when I joined Highway Chile in 2003 I was mainly asked to join because they wanted to write new tunes. In 2006 things already changed somewhat when I, besides HC, started Heads Down, which was a rock cover band with singer Ian Parry. In those days nearly all musicians began to play more and more in multiple bands because of the changing musical climate. so, ever since then I also began to play and still play in various cover, tribute and project bands.
At a certain point, long after the release of ‘Keeper of the Earth’, for which I wrote most of the material, I came to the conclusion that we, or at least a part of the band Highway Chile, were no longer in writing new material and I really started to miss that aspect of music which is the creative part. Consequently I started writing again on my own. Bryan was at my house heard some demo material and the rest is history. Creativity was a reality again. ‘’ 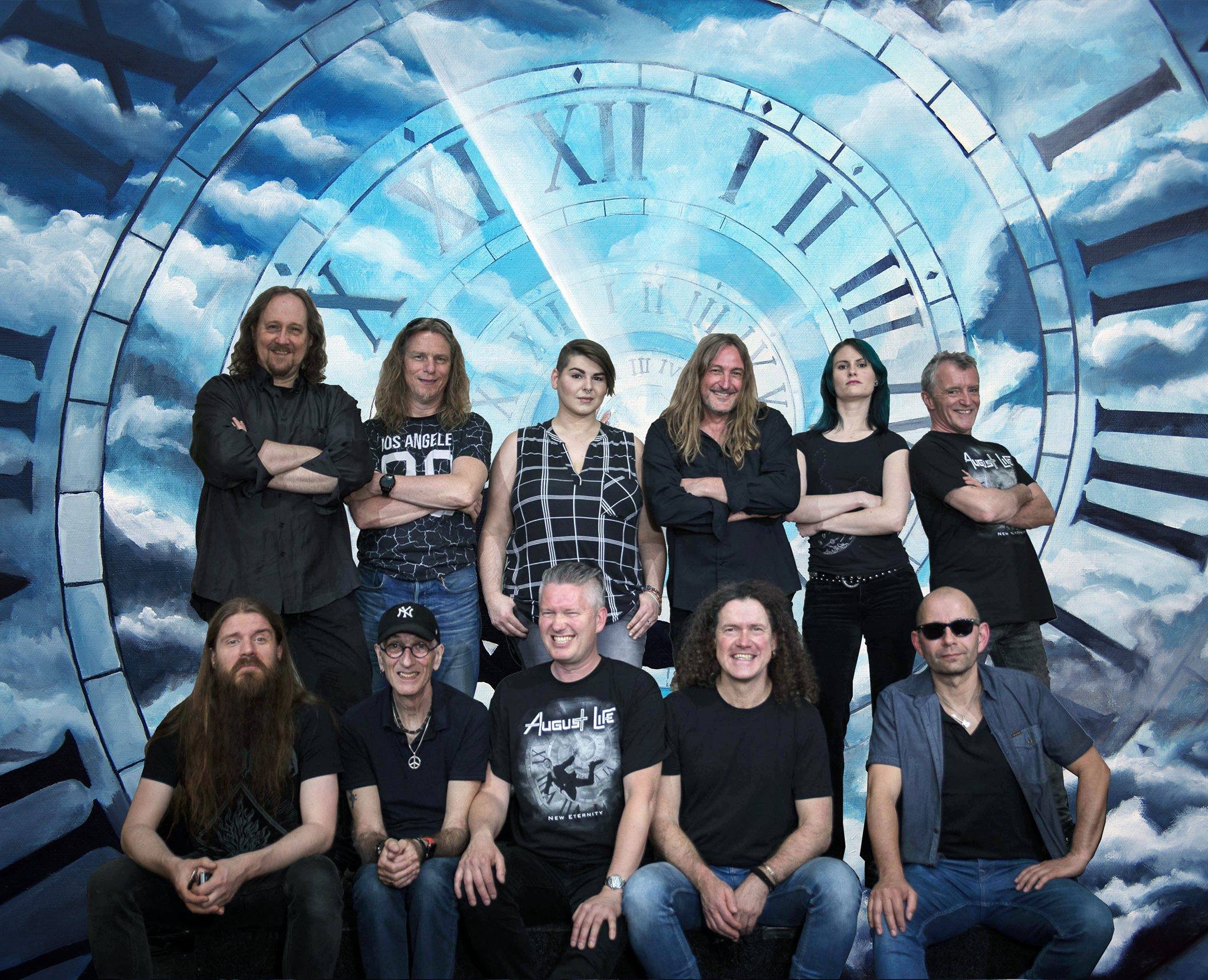 On this album are several guest musicians like drummer Hans in ‘t Zandt [Vengeance, Mad Max, Praying Mantis], On bass Peter Vink [Ayreon, Knightarea], Rob van der Loo [Epica, Delain, Mayan], Marchell Remeeus [Helloïse, Highway Chile] and Harry den Hartog [Breaking The Chains]. Backing vocals Madicken Devries [Annatar, Heidevolk] and a few others. How did you get in contact with the musicians and how was their reaction when you talked about August Life?
,,Well that, of course, depends on the musician I guess. With Hans I have played quite some gigs with DEO, Deathriders and other projects already. Peter I have known from long time ago due to a minor participation I had in The Boxx. Marchell is bass player and band mate in Highway Chile. Rob I met because of “De vrienden van Baroeg” celebrating 30 years of that Rotterdam based venue. Harry I know though our mutual friend and guitarist Mario Roelofsen, who unfortunately died some years ago. The guest singers, thus also Madicken, were chosen by Bryan. We received positive to very positive reactions and everybody was absolutely willing to participate.’’

Bryan Ketelaars wrote all the lyrics and you wrote all the music. How did this work in practice?
,,It varies per song actually. Most of the time the music came first. As said, a few songs were already written. Most of them were written when we were already working on it as a project and becoming aware of the concept. I think we wrote 2 songs together in my living room. In most cases Bryan wrote his vocal melodies and lyrics soon after hearing the music. Some songs were somewhat more complicated and took some more time. Sometimes words came instantly with the music though.’’ 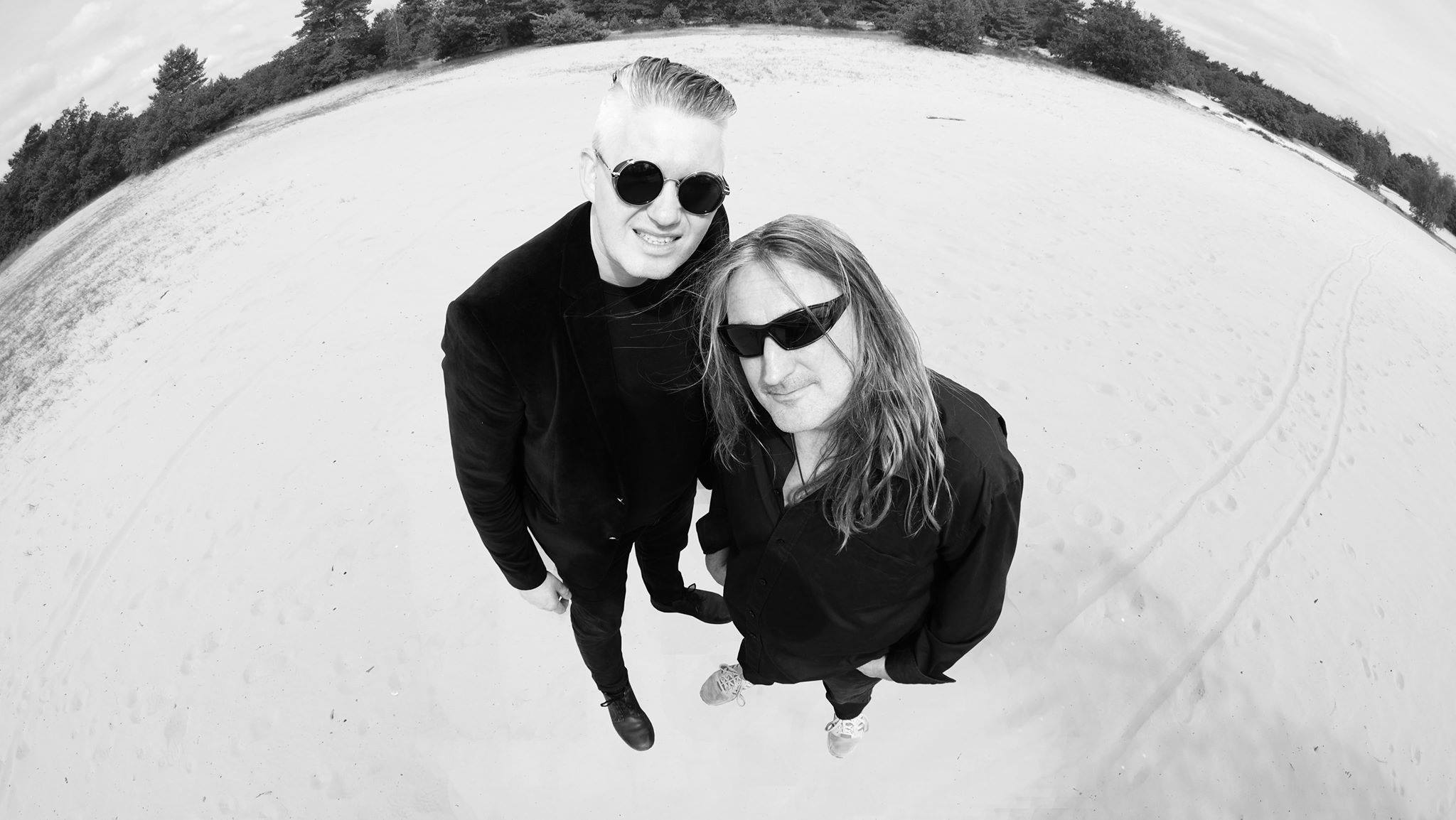 The lyrics are about an important issue of all time. At this moment they are accurately sharp because it is about the contradictions in the world especially from religious nature. It is a theme that even the main stream media ignores as much as possible. But two lads from Breda make an album with their concerns about the situation in the world knowable which I personally find a very good statement to make, ‘cause your concerns are my concerns. How did this happen? Did Bryan qlready had idea, or did you two together came up with this lyrical concept?
,,We had constructive discussions about where we wanted to go with the album. It was clear we wanted to do something special so the word ‘concept’ was mentioned in the early stages already. We have mutual concerns about what is happening in the world. Mass hysteria, mainly originated in so called religious structures and made possible by modern media is rapidly changing the way we have lived for decades and in our opinion not in a positive way to put it mildly. Mass brainwashing may be a term to cut it short. On the other hand we reckon it’s very important to have lyrics that can lead you to places where your imagination can have its own way in freedom. Those have been proven the best lyrics in the past and will stand the test of time. I know this is very important for Bryan so you can also see the lyrics of each song as a story on itself. The factor time is present in a lot of songs; therefore we have the artwork where the person is falling in time, into eternity. The cover artwork is also painted by Bryan.’’

How do you create a song. Are you beginning with a riff and build a song structure around it? Or do you have a different approach?
,,Yes mainly different approaches. Not that it is a conscious choice but I think that way, in the end, has complimented the diversity of ‘New Eternity’.” 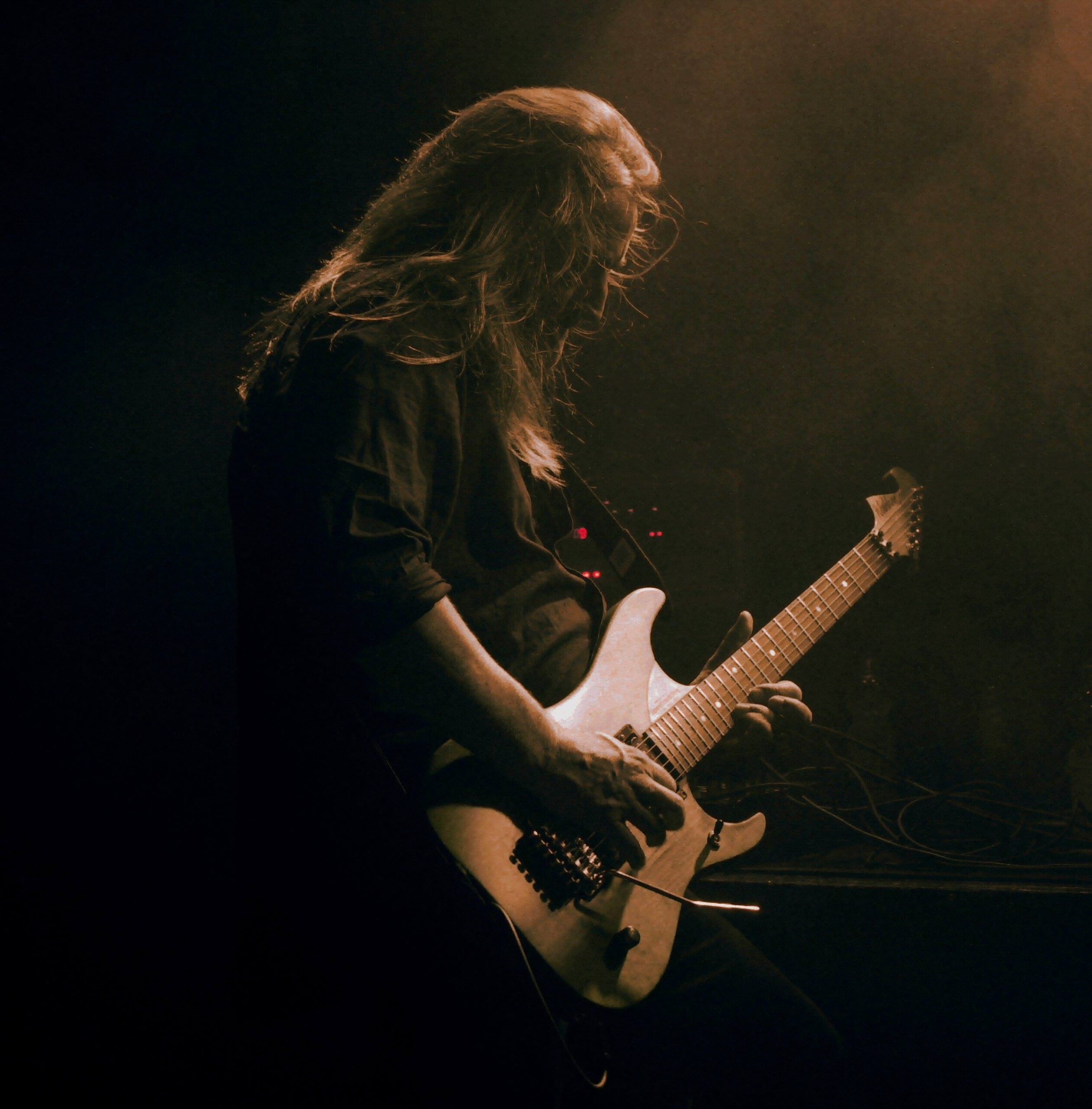 In the past you were in some cover bands like DEO and you helped out singer Neil Turbin [former Anthrax] with his European Deathriders with whom you played the entire ‘Fistful Of Metal’ album. Recently you played with the DIO cover band The Dutch Disciples with John Jaycee Cuijpers [Praying Mantis, Ayreon] and I saw you perform playing Helloïse and Highway Chile songs with the original members, which was outstanding I must say. Are you going to continue with that, because the latest rumors are that August Life will be performing ‘New Eternity’ live on stage?
,,Yes and yes! [smiling]  Highway Chile still exists and will most likely continue to play live  until we will not be able to stand on our feet anymore. The Dutch Disciples is going very strong, especially  for such a new band, and we have already booked shows for 2019! And last but not least, I think the live band for August Life will be introduced soon  so stay tuned for dates at the end of 2018 and most certainly early 2019 and beyond!’’

I heard that you also started to give guitar lessons. How can our readers, who want to learn how to play guitar, get in touch with you?
,,As a working musician I know first hand that there are moments where you don’t seem to get any further with your playing and really need that extra to go the next level. That’s where I can and want to be very helpful in every aspect. People can always reach me through email at info@gertnijboer.com.’’
—
Follow AUGUST LIFE on Facebook and on their Website