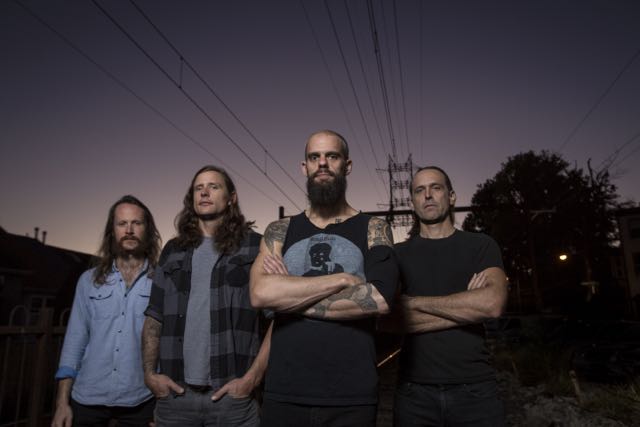 Is getting a second chance

On the 15th of August 2012 the American metal band Baroness survived a terrifying bus crash, falling from a viaduct in England, while being on tour to support their then just released album `Yellow & Green’. Life would never be the same for the band members and their crew and it eventually lead to the point both drummer Allen Blickle and bass player Matt Maggioni leaving Baroness. In spring 2013 a US headlining tour was announced and apparently guitarist, singer John Baizley and guitarist Pete Adams were ready to move on with new bass player Nick Jost and drummer Sebastian Thomson. Baroness starts a new chapter in their career and they seal that with their new studio album `Purple’ [release date 18th December 2015]. Drummer Sebastian Thomson talks with HBLS about this new record, the crash and some personal matters. 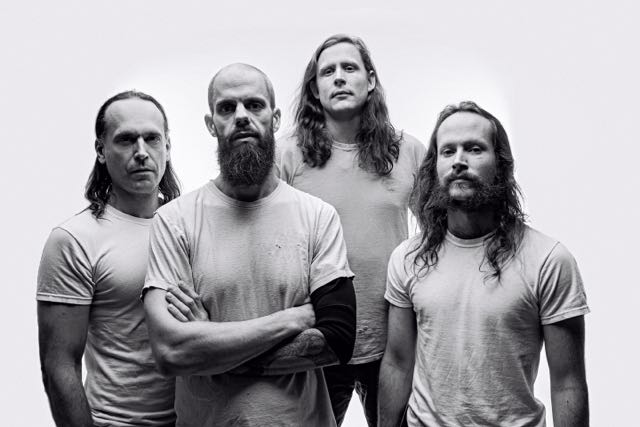 (Baroness 2015. From left to right: Sebastian, John, Pete and Nick)

What do you give the fans with the new album `Purple’?
,,With `Purple’ we try to deliver good song writing, as the focus was with the former album `Yellow & Green’, but we also want to bring back some of the more metal, technical and aggressive side you can hear on the first two albums `Red Album’ and `Blue Record’. We were all just very excited to get into the studio and to go out on the road again. Having two new guys in the band was also exciting for John and Pete, kind of refreshing too. It was like: Let’s just kick some ass with the song writing and with that I mean the chord progression, the lyrics and the melodies. But we also wanted to kick ass with our performance on `Purple’, like the drum feel, the solos and all that. We all love playing these new songs and we love playing as four musicians together.’’

What has been your input as the new drummer?
,,Allen is a great drummer and he does certain things better than I do and vice versa. I guess I am a little bit more energetic and hectic than Allen is. Actually before we started writing songs, we decided what kind of grooves we wanted. So the initial elements were usually a guitar riff and a drumbeat and we went from there. We worked with producer David Fridmann who is most known for The Flaming Lips, MGMT and Mogwai and Weezer. He is not known for being a heavy music producer but he is one hell of a producer and that is what attracted him to us. We could have gone with the more obvious choices and having a more hardrock production but we wanted it a bit different this time and that is what David did. He really loves to get this sort of a crunchy sound among the drums, like almost a distorted drum sound, which I think added a nice element to the album. There were a couple of moments some of the instruments were not perfectly played but we didn’t fix it. We just left it to make it all sound like a real band. It was also David who suggested to add some psychedelic and ear candy.’’

Is `Purple’ a closure of a chapter for Baroness, maybe especially for John and Pete?
,,Yes I think so. And honestly I think John and Pete are getting to the point they are kind of tired talking about the crash. And yes this might be musically closing a chapter because they addressing it, but it doesn’t change the fact John’s left arm is absolutely fucked up. He is in pain all the time because of that and this will be the case for the rest of his life. For both John and Pete now being on a bus on tour is of course a little bit weird because they have that memory of the crash in the back of their mind.’’

Do you feel Baroness gets a second chance?
,,Yes, this is totally a second chance! That is why I also feel the music has this uplifting vibe, because John and Pete were very frustrated. The crash happened in the middle of a tour while they were supporting a new album that was getting attention and actually did really well. Suddenly this was all interrupted. I believe John and Pete were very anxious to get back into the creative process again, playing music, making records and being on the road again. It is definitely a second chance for them but to be honest also for me. I spend the last 20 years making albums and have been constant touring with my former band Trans Am. Now I get to play with another band, with other great musicians and do it all again. I love the music of Baroness and we are all friends now, we have fun and getting along well and these guys are great players. Everybody is on the same page and really wants this to work. We want to tour a lot and we want people to hear our music. We like working, we are all dedicated and this is what we love to do.’’ 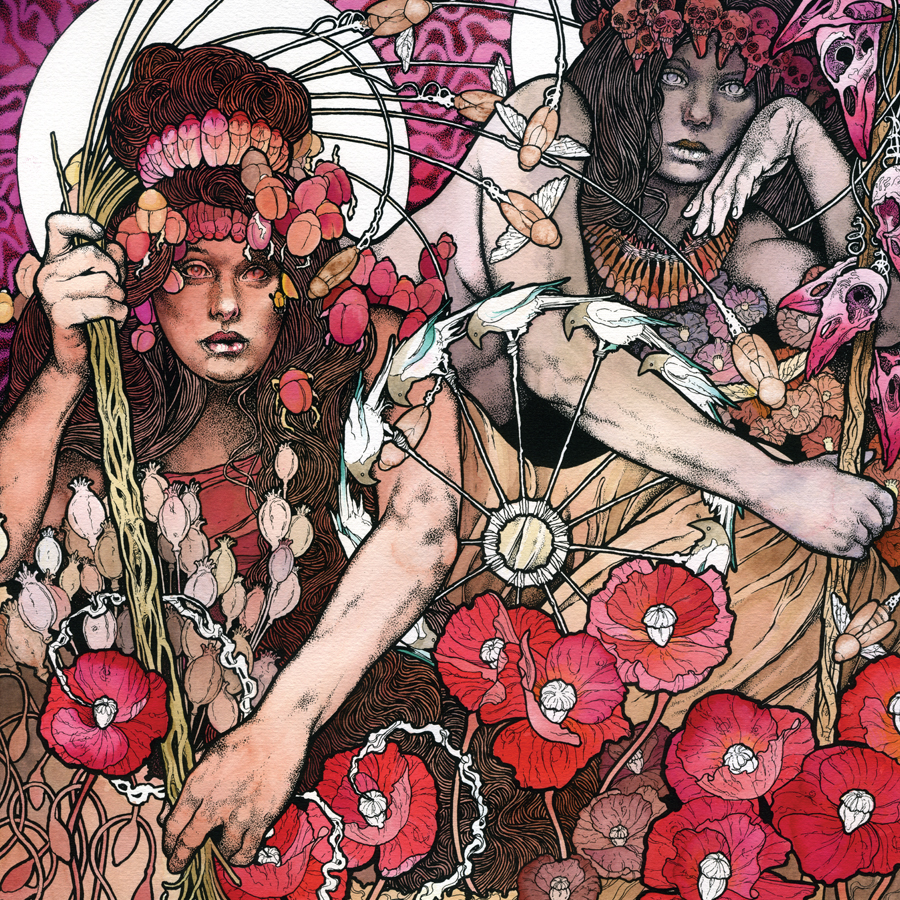 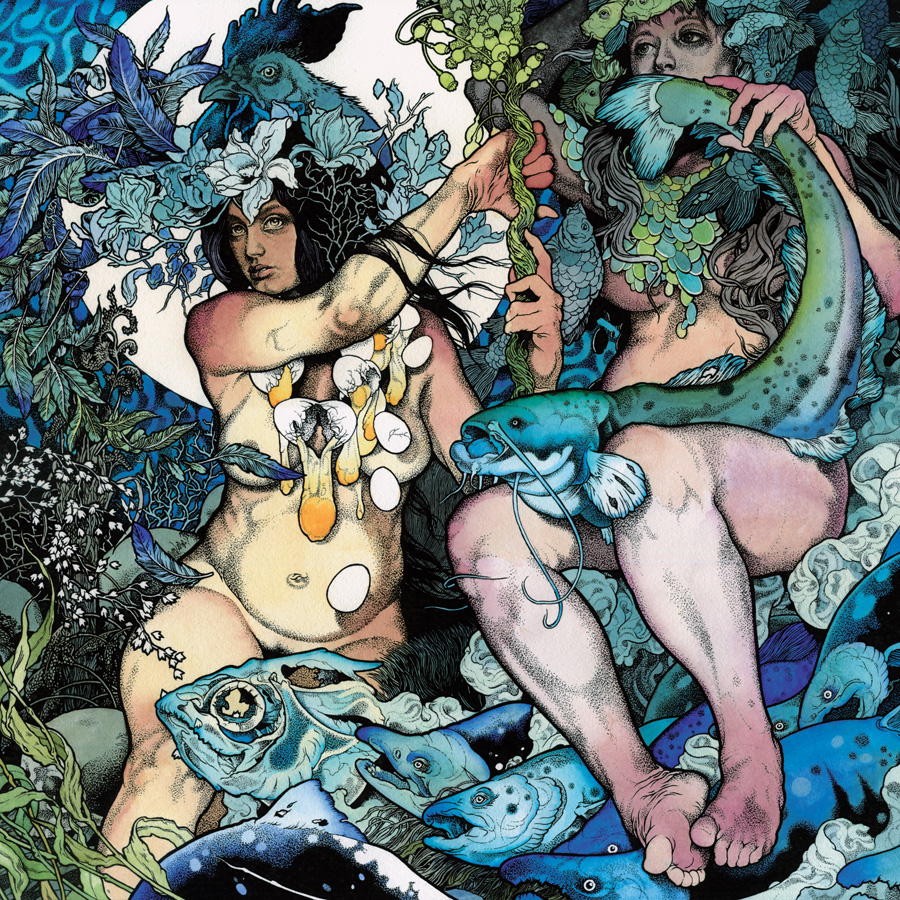 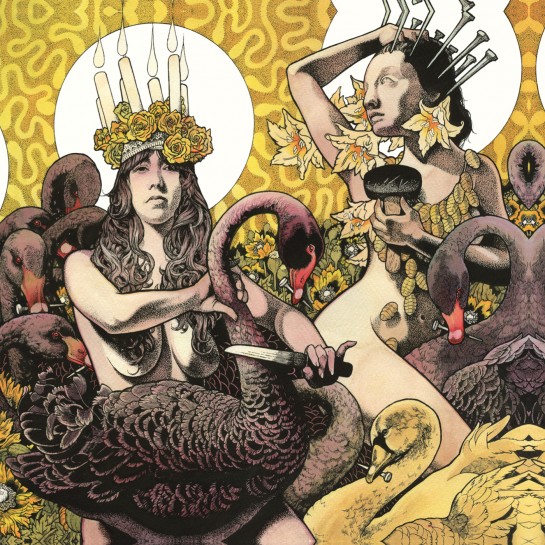 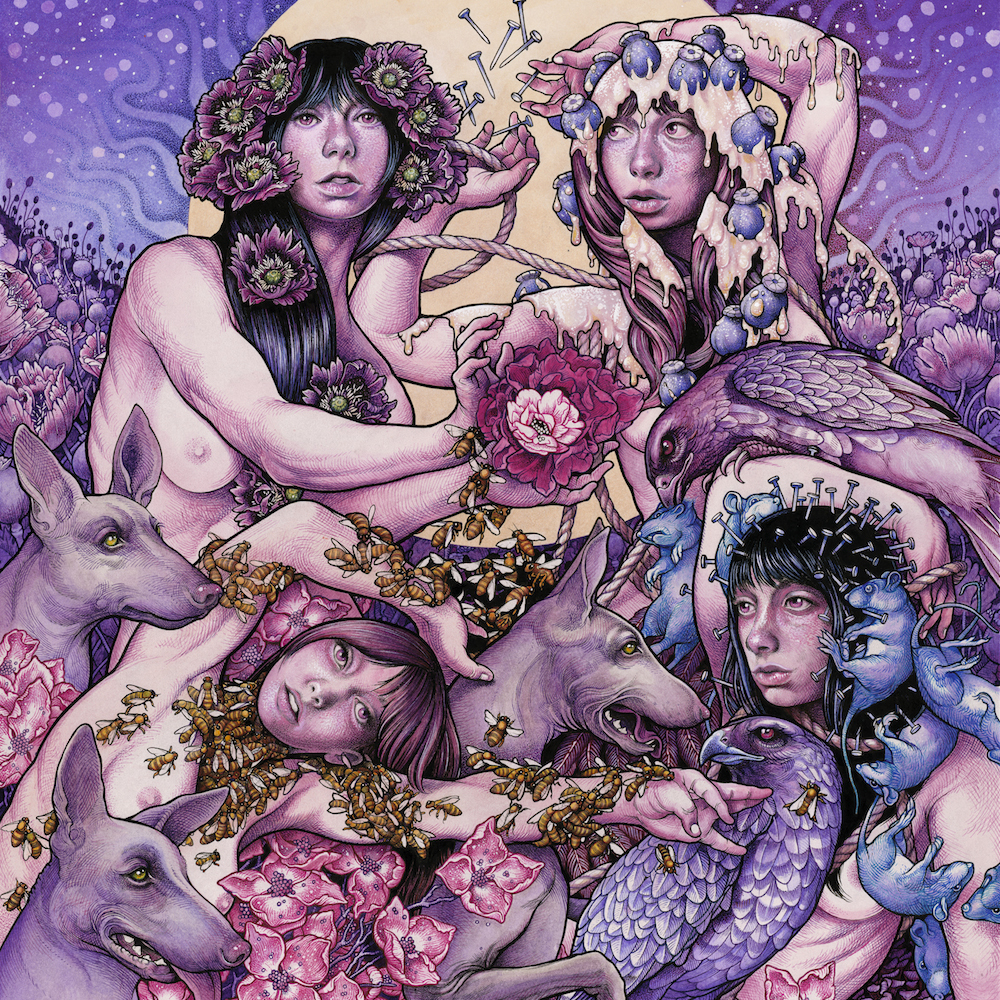 Obviously every album is named after a colour. What is the idea behind choosing purple this time?
,,For a while we didn’t think about naming the new album after a colour at all, because of the new rhythm section and this being a different chapter of the band. But then we said to each other you know what, it is still Baroness and this album sounds like Baroness so let’s do it. First of all purple is the colour of bruises and that obviously refers to the crash experience. Purple is also the combination of red and blue, which refers to the musical elements of the first two albums of Baroness you can hear on this album. But purple is also the colour of ancient times of royalty. It is a very hard colour to make, so that goes along with the whole triumphal vibe on the record. John does all the artwork and he is very visually oriented. He once came up with the idea it could be challenging to Baroness to name each new album after a different colour. They decided to see if they could do this, make this a theme and see what it looks like in ten years. Baroness is also doing pretty well on vinyl because of the artwork and because of the coloured vinyl. When I was a kid it was exciting to buy a vinyl record and open it up to see all the pictures and the lyrics. I had a big collection and the first single I bought was ,,Funkytown’’ of Lipps Inc. Kids nowadays don’t get that, they just get a download.’’

How do you like to spend free hours during a tour?
,,I like to read, we all do actually. I am also a politics junkie, so I like to keep up with that. But actually there is not a lot of time off when we are on tour. It’s a lot of driving, setting up and playing so there is not so much you can do. But I just did some shopping. I bought protein powder because when you are on tour you are not really sure what you are going to eat. As a drummer you got to stay strong and this is just meant as a little insurance. It is very important to stay in shape because the show must go on (laughing). Yes, I enjoy going to the gym and as a little kid I did competitive swimming. When you are a kid in America, you do either sports or music and they don’t mix a lot of times. John played American football and Nick played a lot of baseball so there is some sports going on in Baroness.’’

What gives you the biggest adrenaline rush on stage?
,,Playing this kind of loud, triumphal and heavy rock music is incredibly fun; the volume and all the musicians playing so well. Also having the crowd sing along like they do nowadays to our lyrics is incredible! Actually the whole thing is really fun. We are an adrenaline machine on stage that keeps rolling.’’

Do you have a ritual as a band before going on stage?
,,We high-five each other, things like that or we say something funny or goofy.’’ 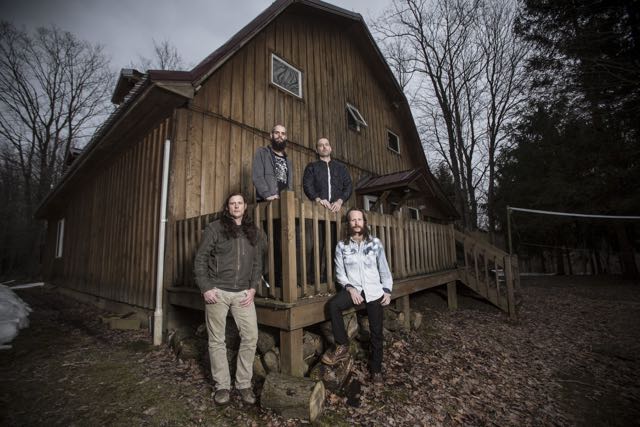 What is success for you?
,,I guess that really depends how old you are or where you are in life. Back when I was 20 years old success was just like not loosing money on tour. When I was 30 years old success was coming back with a little bit of money. And now I really want `Purple’ to do well. It is a great record; I am proud of it and want people to hear it. For me success today would be to tour a lot next year, play all over Europe and North America. I want to go to South America and play festivals; I want to do all of that. At the moment we are doing a short warming up tour in the US, intentionally playing in small venues, like little rock bars, which is really fun. All the gigs are sold out and everybody is happy. Because we haven’t played live for a while now this is a good way to get back in de saddle.’’

Visit the Baroness website and Baroness Facebook page.   Official video for `Shock Me’ from the new album `Purple’.