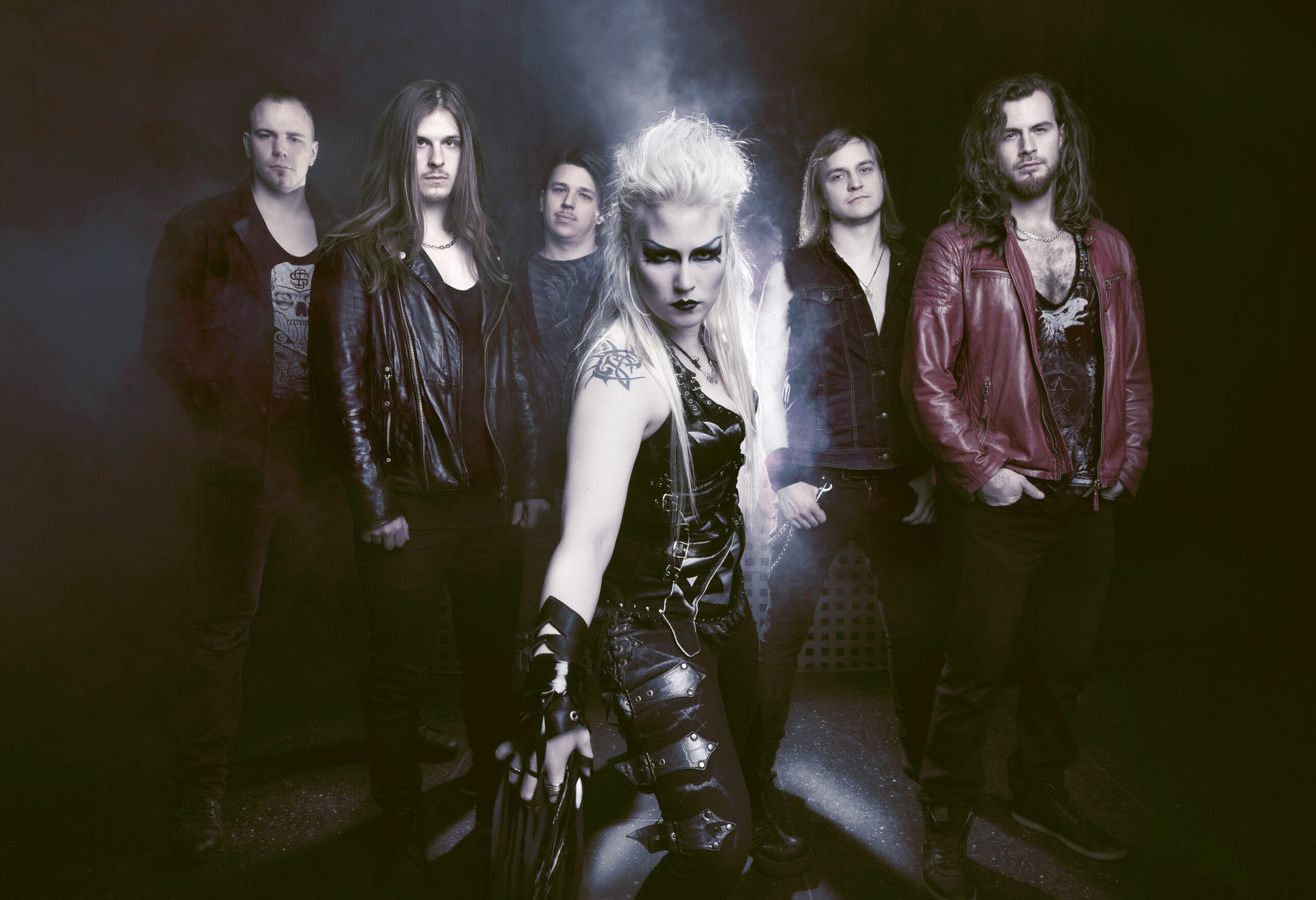 On Their Way To World Domination

After winning the Wacken Metal Battle 2010, followed by winning a band competition held by a major Finnish rock station, things went fast for Finnish power metal band Battle Beast. In 2011 they released their debut album ‘Steel’ followed by a new album every other year. Their latest (and fourth) one is called ‘Bringer Of Pain’. Battle Beast made some internal changes and is stronger and more motivated than ever. They are in the middle of their European tour to promote the new album live. Singer Noora Louhimo took the time to answer some questions for HeadBangers LifeStyle. 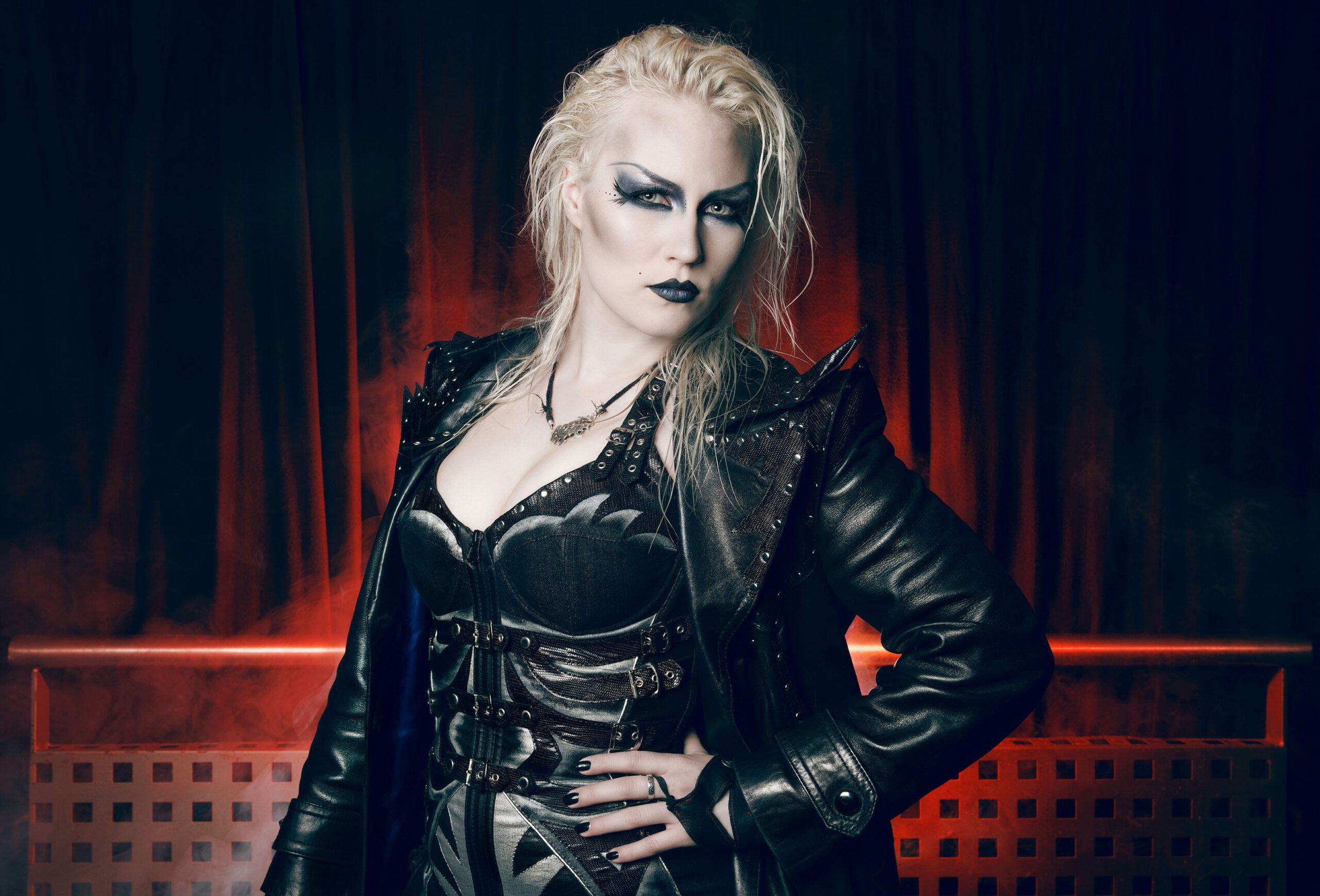 In 2015 the band decided to part ways with guitarist and main song writer Anton Kabanen. Was that break inevitable and if so: why?
,,Yes it was inevitable, we had too many issues in personal and artistic level with him and we tried a very long time to fix it but nothing else helped but to go separate ways with him.”

The album ‘Bringer Of Pain’ has just been released. Reactions so far are very enthusiastic and positive. Were you nervous because it is the first album without Anton?
,,Yes we were nervous, of course. This band has so talented members and a great potential for great things, so there was no doubt about getting this done somehow. But we were also very sure that this album include very good songs and if we like them, someone else is going to like them too.”

How did the new situation influence the relationships within the band. Did anybody stand up and took charge?
,,We have a lot more balanced and free atmosphere in the band now. I feel we have grown more together in the past two years than ever. Janne [Björkroth] did take more responsibility in the band as the CEO and the producer. We all have our areas we are in charge of, for example I’m responsible mostly of the promotion of the band.” 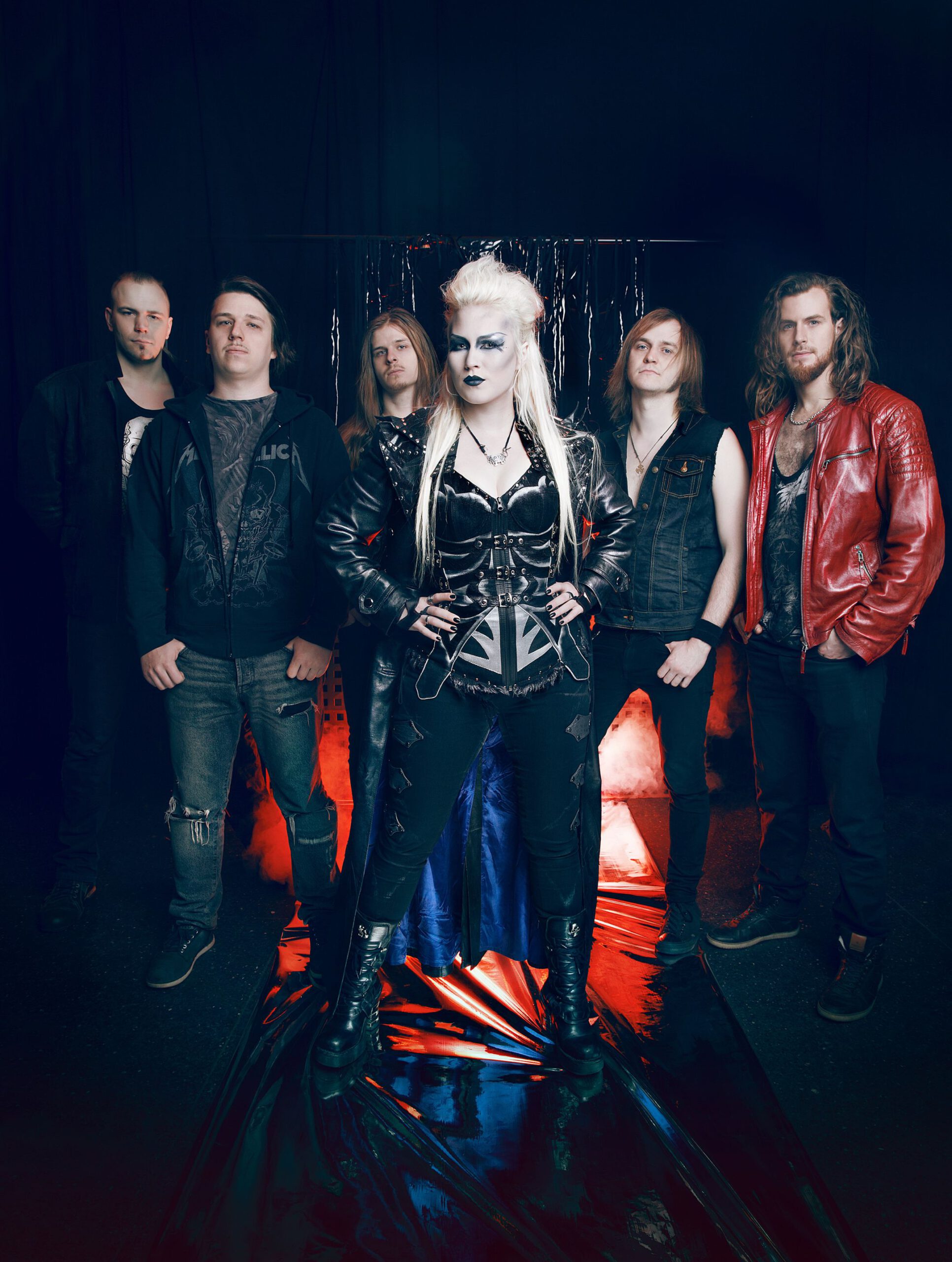 Did everybody have his/her own task during the writing process or was it a real band effort?
,,We all did our best to put all our potential in the album. Some did write more and others less but everybody gave their opinions and we also voted for some things. So yes it was a band effort.”

A style change took place compared to the previous albums. Who’s idea was that?
,,Oh really? I thought Battle Beast has always been the mixture of 80’s influences and some pop elements. Now the pop was even more in the front and people love it (or hate it, haha). But for real Janne, who wrote most of the songs to this album did the most poppish songs but also ,,King For A Day” and ,,Lost In Wars”. I still don’t think we’ve changed our style but we developed it into something better.”

Why is ‘Bringer Of Pain’ the best album Battle Beast made so far?
,,I think it’s got lot to do with the fact the whole band has been participating on the doing process and putting their hearts in the album. You can hear the passion and love we got for this band and music.” 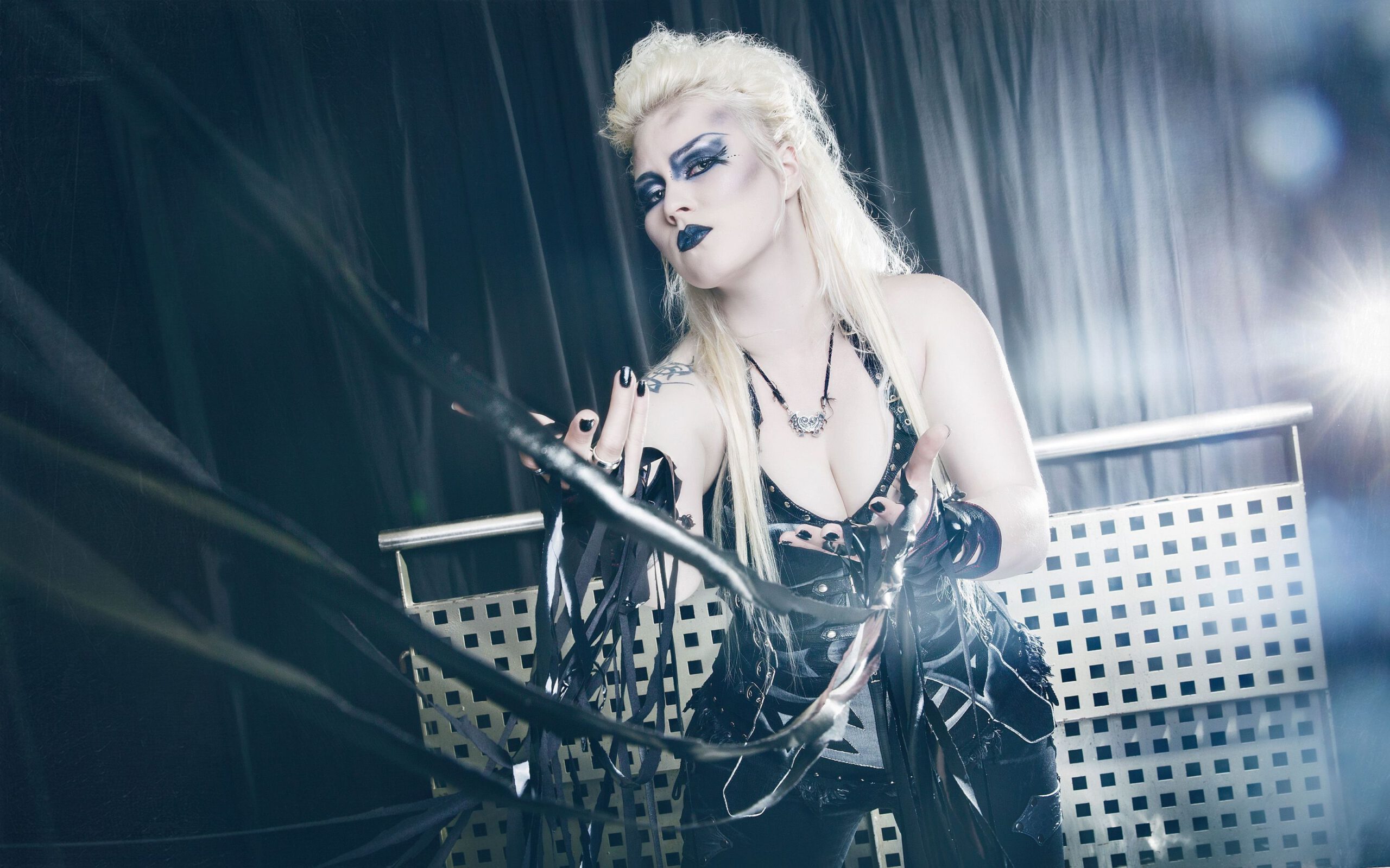 On March 2nd you started an extensive European tour. What are your expectations for that tour?
,,Because I’m answering now from the tour, I could say that some of the happenings have been very unexpected and uncomfortable and some have been very nice. Like the fact that some of our shows are selling very well and some even sold out, this is amazing and mean we are in the right way. On the other hand our bus (On tour Service) has been causing a lot of problems and that’s why our tour hasn’t gone as smoothly as we would’ve thought. Let’s hope the next bus company and the bus is better which we take in Barcelona.”

After the European tour you will embark on an American tour with Sabaton and Leaves’ Eyes. Are you living the dream at the moment?
,,In a way yes, but it’s not as simple. When we reach one goal the other one is already showing it’s horns. We are never totally satisfied and that is why we keep on doing this. That is why people keep on living and continuing life. BUT…We are super excited to get on the road with our fellows SABATON and new friends Leaves’ Eyes. I believe it is going to be an awesome tour with them.”

What sparked your interest in music?
,,Music has always been part of my life. My parents listen to a lot of music and they both have been pretty good at singing. It was something very natural in my life to have music present all the time.”

When did you know you wanted to become a musician?
,,As a 4 year old I saw a children’s singing competition on TV and I remember getting the buzz already back then – “I wanna be there”. Never got there but knew what I was going to start reaching for.” 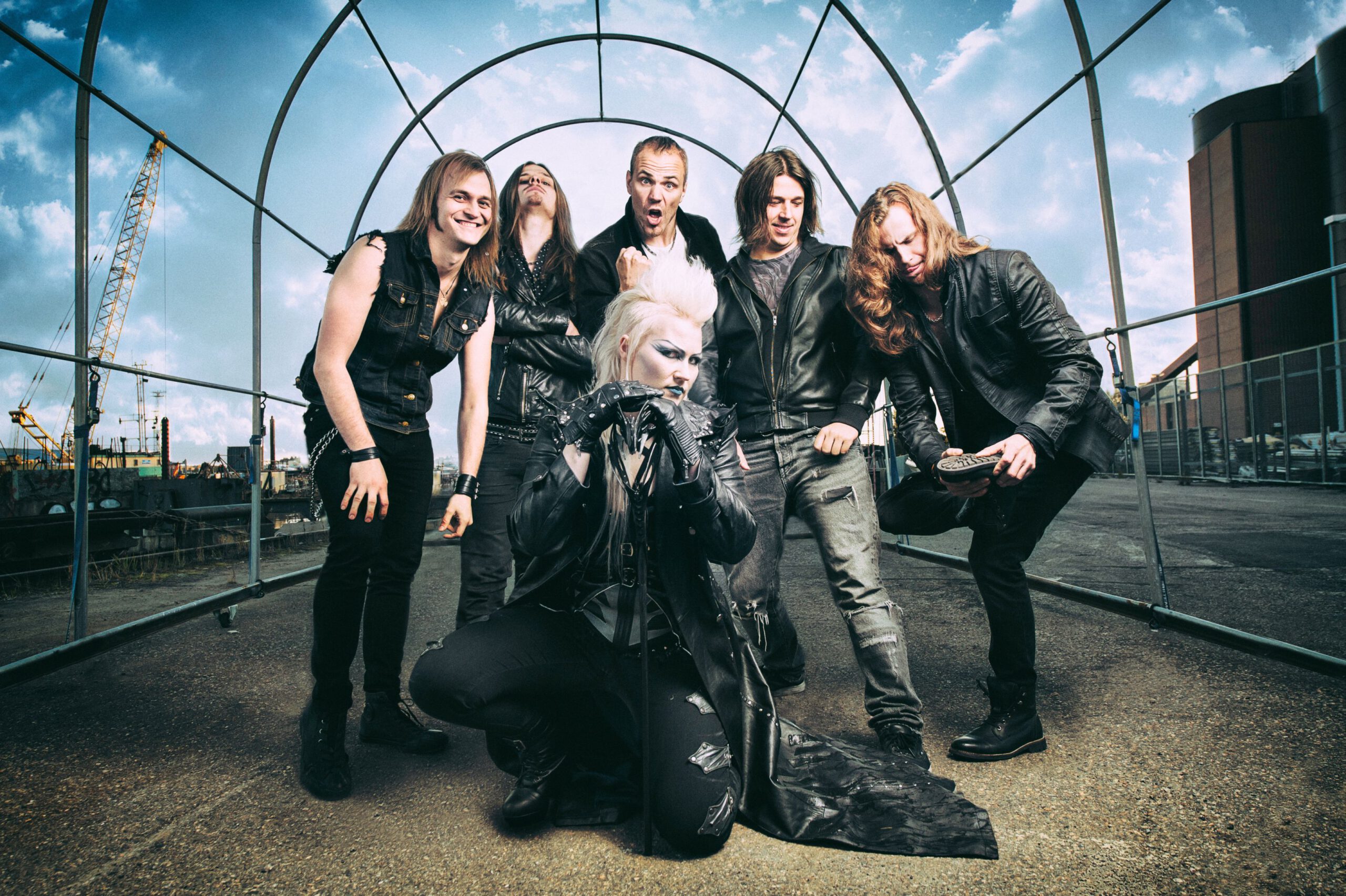 What would you’ve become if not a musician?
,,A person working for the human rights, health and well being…Maybe a politician, haha.”

What is Battle Beast for you all about?
,,It’s about passion, love, devotion, hard work, family, lifestyle, a way of expressing yourself.”

What is the best thing of being a member of Battle Beast?
,,I could create my own style as a singer and a performer. And of course I found my beast-brothers.”

What can you tell me about the situation for metal bands in Finland at the moment?
,,There was a time heavy metal not being so popular in the past couple of years but now it is getting stronger and bigger, hopefully we can help with that.”

What is the last thing you do before you go on stage? A personal ritual or a band ritual maybe?
,,We have the “power fist circle”. We put our fists together in a circle and yell something like “Whooooah!!!””

What special item, a talisman maybe, do you always take with you on tour?
,,My necklace. It is a gift from my husband when we started dating.’ 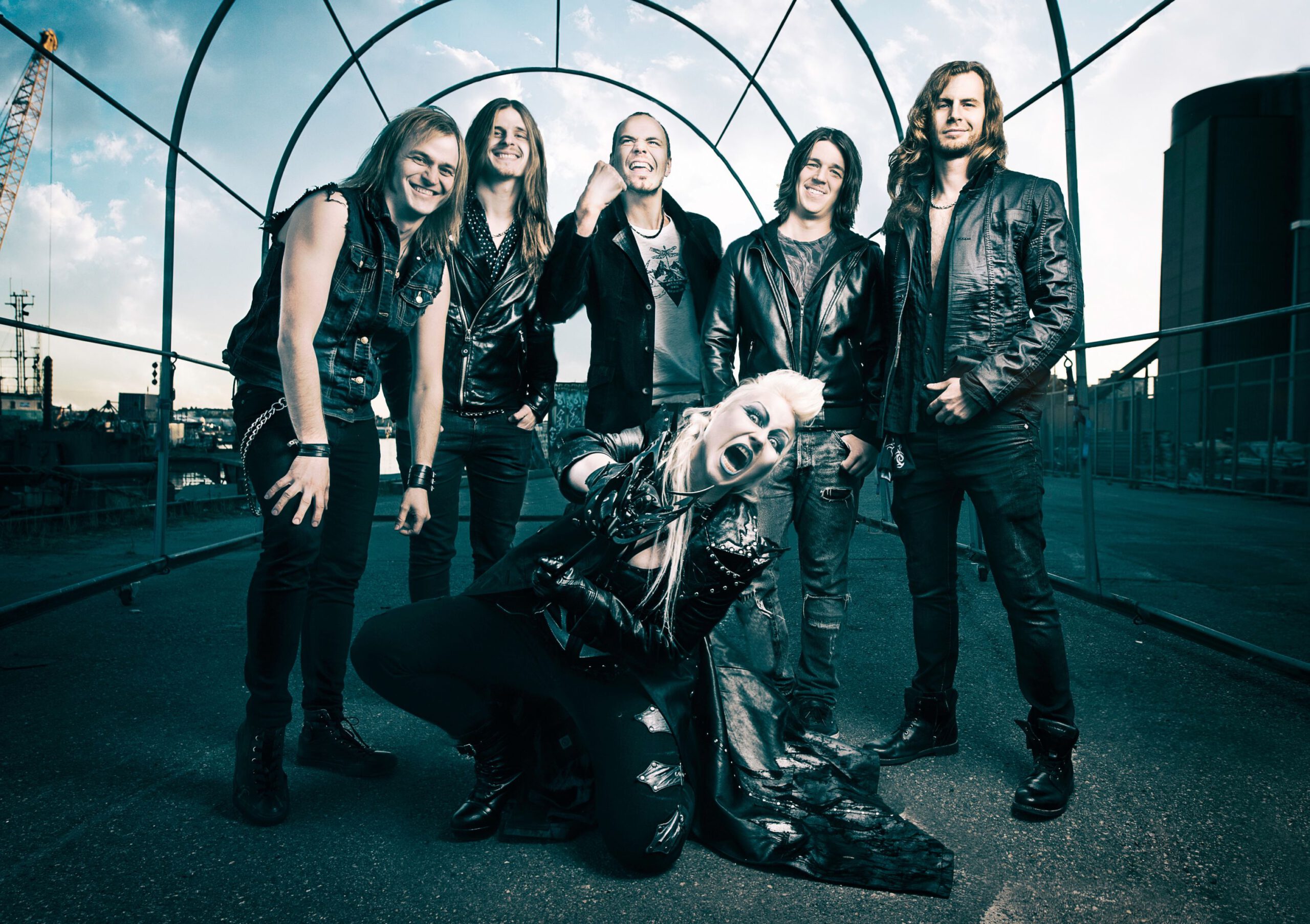 What is the ultimate kick of being on stage?
,,When my voice is working perfectly and the audience is responding to our show with passion.”

Is there a difference between you on stage and you off stage. If so, what’s the difference?
,,On stage= with make-up and entertaining people, Off stage= without make-up and taking care of people.”

What do you want to achieve with Battle Beast?
,,World Domination! I want to achieve that all our dreams come true and beyond. I want our show to be an experience you will never get anywhere else.”

What would be your advice to a kid who has the ambition to become a musician?
,,If you go to sleep and wake up just thinking about it all the time, DO IT!!”
—
Follow Battle Beast on Facebook and visit the Website