BEHIND THE SPOTLIGHT: MAOR APPELBAUM 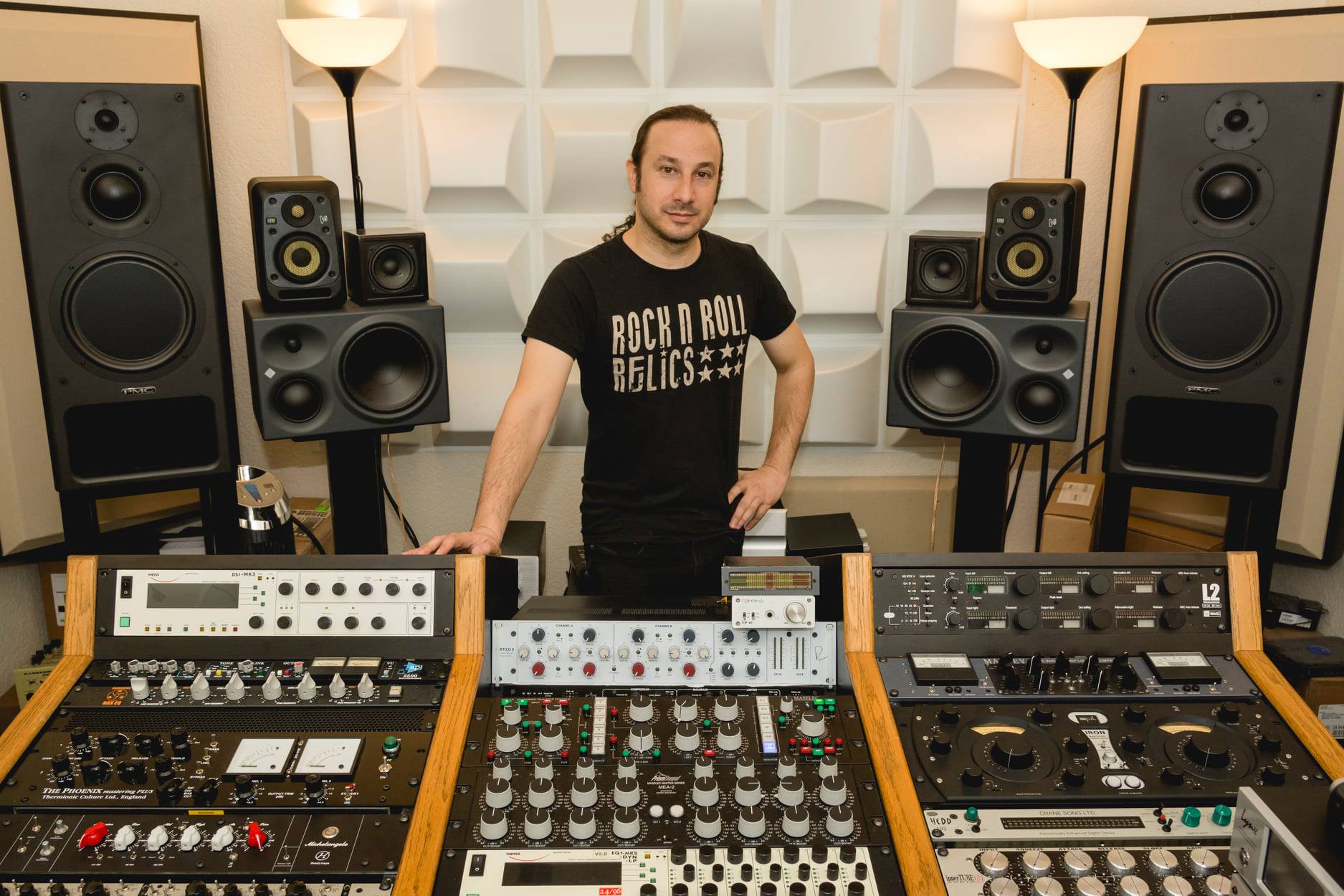 BEHIND THE SPOTLIGHT: MAOR APPELBAUM

One of the most underrated jobs in music must be that of mastering engineer. Everybody knows what a producer and an engineer do, but what is the role of the mastering engineer in the whole chain? When asked to name 5 mastering engineers most people would struggle. Names like Bob Ludwig or Howie Weinberg may ring a bell but although their role is an important one, most of them are not well known. HeadBangers LifeStyle’s Ron Willemsen contacted Maor Appelbaum, a man with an impressive list of clients from Yes to Faith No More and from Halford to Annihilator and asked him about the job of mastering engineer. 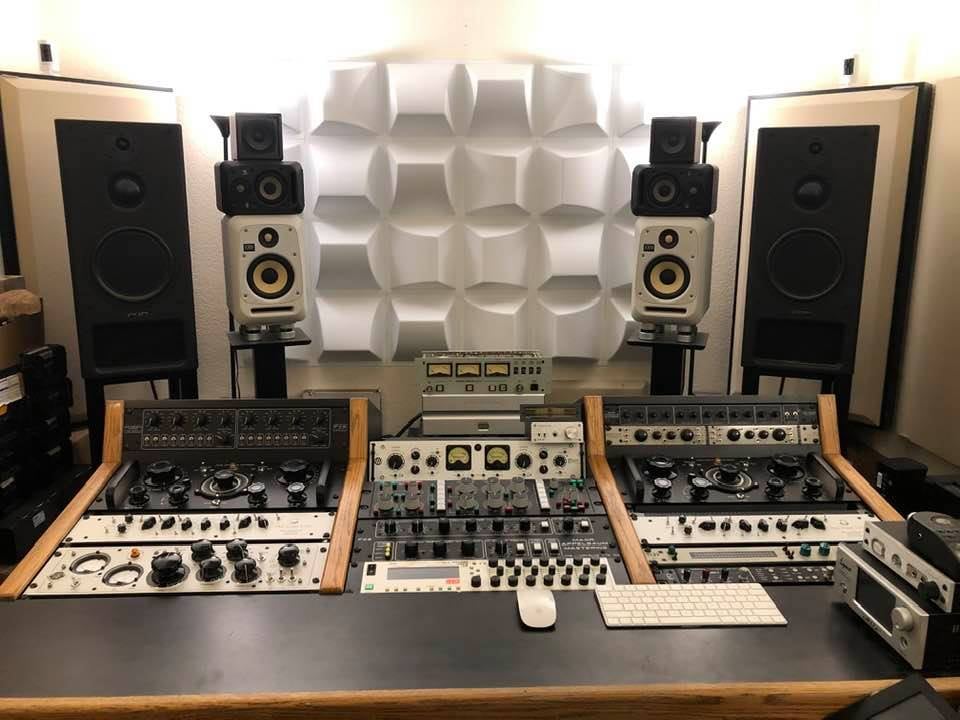 When and how did you take your first steps into the music world?
,,As a kid I had some bands that I played in. I wasn’t that good but it was a great vehicle. I played with people who were better than me, so I improved. I had bands since high school, we played local shows in Tel Aviv and other cities around the country, made some recordings but nothing really major. Later I had the band Sleepless (on Raven Music) who got a lot of attention, we self-produced basically the first release [‘Winds Blow Harder’], after that I was in the industrial band Vultures, I.W.R., did solo projects and collaborations. I always worked in some sort of sound engineering (rehearsel studios, broadcasting, consulting, live sound, DJ, teaching it, as engineer, producer). I studied sound engineering but was more into mastering and decided to move to America. I worked for producer Sylvia Massy at Radio Star Studios in Weed, California as an engineer (assisting, recording, mixing, mastering). Since moving to Los Angeles I haven’t played music myself so I could focus on the mastering job.’’

Everybody seems to know what a producer does, or an engineer, but what exactly is the job of a mastering engineer?
,,The mastering process is the final stage of the production where you can bring a creative, artistical and also technical input before the music is ready to be released. It is the final station to finetune the sonic signature like brightness, darkness, dynamics, loudness, warmth, width, spread and so on. You make sure it sounds good and translates well on the various playback systems like headphones, car systems, laptop speakers. The mastering engineer delivers the end result.’’

Can a mastering engineer make or break the sound of an album?
,,Good question. Some people say so. When a record sounds great it’ll probably help achieve a better engagement from the audience. I can’t claim that based on sales or any numbers but I think when a record sounds better or is presenting the artistic intent better you might enjoy it more and it can connect organically with the fans and maybe even impress the listener.’’ 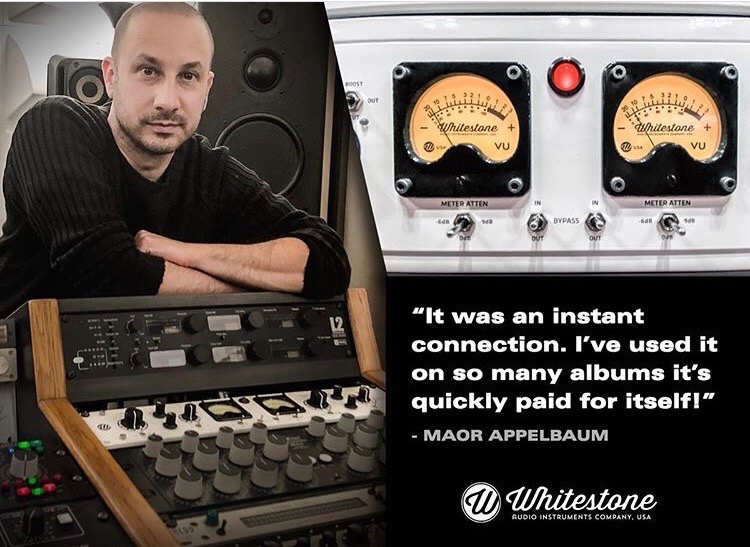 What if an album isn’t mastered or is that impossible?
,,Some people consider that putting equalizers, compressors or limiters on a mix is actual mastering. Which can be technically true, as you are processing the final sound of your mix. But that doesn’t mean it can’t be done differently by having someone else, who is fresh and unbiased, bringing a new perspective to the sound which can even make it more appealing, special and inviting. That is true if done right and fitting the music and the mix given with keeping the artistic and sonic vision in tact which is why dedicated mastering engineers are added to the production and get hired.Technically everything is mastered. Even back in the day, although you don’t see those credits, it was mastered to transform it from reel to reel to vinyl, or cassette. Some of the mastering engineers were working for the labels’ in-house mastering studios so they were on salary or hired later but not mentioned in the credits. The benefit of using an external mastering engineer who hasn’t worked on the music before, as opposed to a mixing engineer or producer for example, is because he or she can hear it fresh with no initial connection to it prior to what they is doing to it now, with a totally different mind-set and in some cases, different gear, room and speakers. He or she  hears it for the first time just like the actual listener but they have the controls to optimize and fix problematic areas or, if it is all good, make small tweaks that enhance it’’

Has the way of mastering albums changed over the years?
,,Back in the day you got all these different tapes from different studios and different times and types of recording so you had to level everything and transfer it from one format to another. Nowadays mastering is more creative with the newer tools, records are coming in to mastering for a certain tone and vibe the artist wants to achieve from the process. Nowadays the tools are so powerful and flexible both in the analogue as well as the digital world. Also the whole computer Digital workstations and plugin effects have improved a lot. It is like a giant leap in the ability to shape the sound and keep the highest sonic quality while making the workflow process faster. In some cases the producer and artists give you a lot of freedom to really bring out your own magic to it and in other cases they want you to be subtle and just make it better without altering it much so it feels like you made an improvement but it is not really noticed, being invisible in a way. The amount of music released now is much bigger. Our job is finding what fits the music, the style, the mix and what territory it should fit with in terms of the sonic finishing touch. It can be adding or subtracting frequencies, enhancing the energy, spread and depth, changing the dynamics and to give them the final level they want.  As years go by the options get bigger and the styling’s add on. Nowadays you have a lot of choices. Give a record to ten different people and you will get ten different approaches.’’

With mastering engineering so important, does that mean that artists and producers are looking over your shoulder constantly?
,,In my case it is a collaborative effort, it is what a client wants and their input. Sometimes fixes must be made in the mix. Sometimes you have freedom, sometimes you don’t, it’s a balancing act. You are giving your tastes, ideas, visions, and hope they like it. Sometimes their suggestions are less fitting and you explain that to them. If they still insist you give them what they want because they are the client. At the end of the day you want to cater to your client and the audience. Meeting their expectations and having them and the fans enjoy the sound of it.’’ 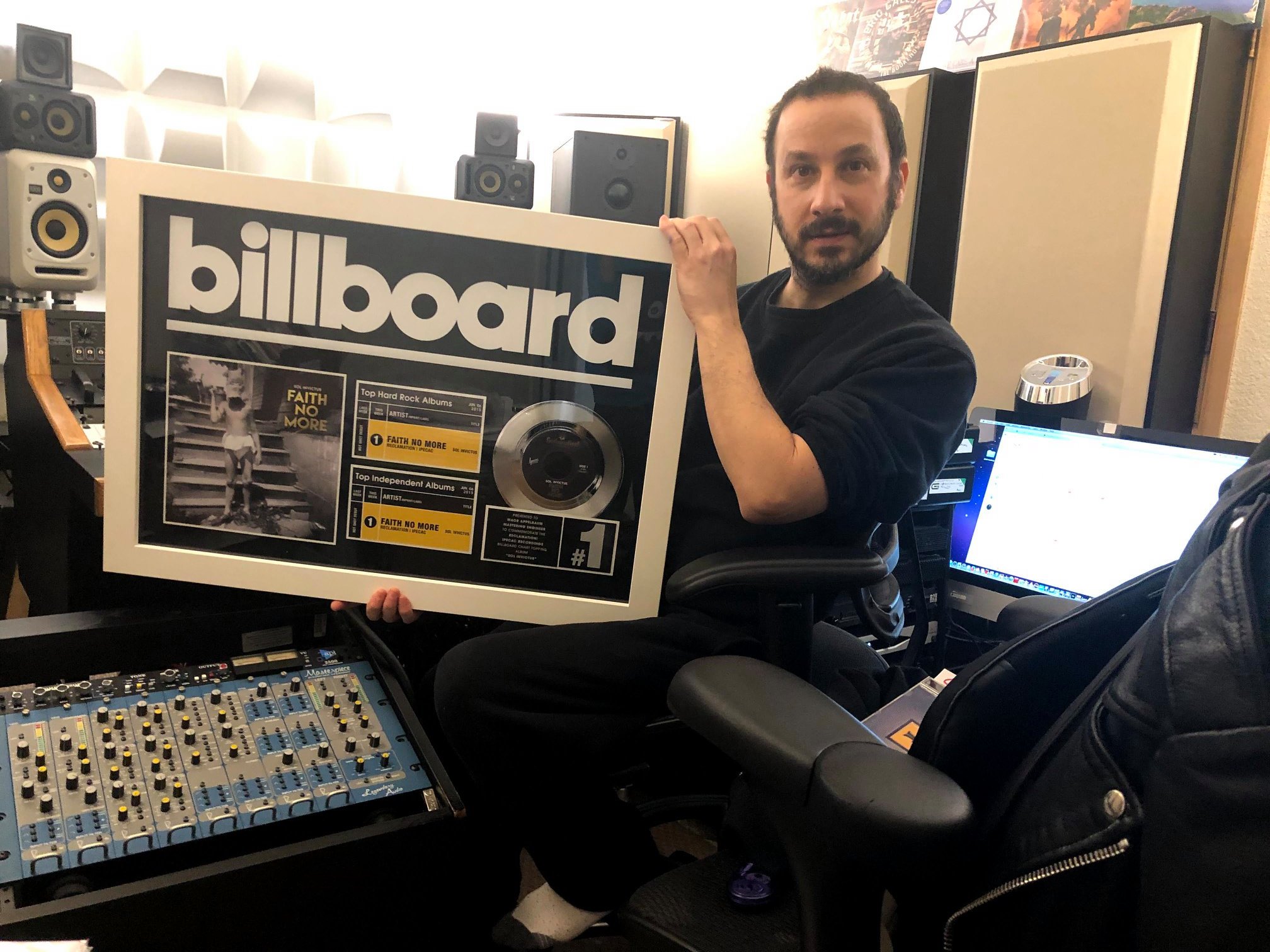 Producers often have their own tricks and stamp so you can immediately identify them. How is that with mastering engineers?
,,Every mastering engineer has his own way of working. The message, the gear, the decisions, the different sonic imprints and sometimes you can recognize them. It might be hard to recognize each signature but certain ones are more apparent than others.’’

What are the most important qualities for a mastering engineer?
,,First of all you have to be a person who connects with music in general because you are the last place changes can be made before it is released. You are the buffer between the production and the listener. You have to be open to different musical styles and understand the different sonics and musicality moving on from the band to the fans. A good background in music is important at least listening wise. Playing is great too, but you need enough technical knowledge to know what you’re doing. Artistic understanding of the tone of the record and how to communicate with clients, read between the lines, ask more questions to clarify, having a good connection with the client. The willingness to make it better. A great studio always makes it better, a good monitoring system and good intentions to make the results great. A mastering engineer has to know how to work under pressure, see the bigger picture, understand the client, love music, have the technical knowledge.‘’

Do you have favourite producers?

Do you reject certain recordings because of the technical qualities and has this ever happened?
,,If it is all good then I work with what’s given to me. In certain cases I will suggest to fix something in the mix. I give suggestions to improve. Most of the times I don’t reject projects coming in. If so, I will suggest someone who can fit the project’s budget, scheduling or needs.’’

Is there a difference between mastering an album for cd/vinyl or streaming media like Spotify /iTunes etc.?
,,Wav files are a higher quality than mp3 so there is a difference. Wav is the normal resolution that is used for CD/vinyl. Downloads and streaming are closer but sometimes you must deal with regulations. Mastering singles, EPs, videoclips and sometimes platforms, they ask for different delivery formats, but not all of them are a huge difference.’’

Which album that you worked on are you most proud of?
,,Good question. I’ve done so many records and so many I’m proud of. Faith No More ‘Soul Invictus’, which was their come-back album or the re-mastering of the first Faith No More album ‘We Care A Lot’-de-luxe edition, all six Yes albums I mastered, Sacred Reich’s ‘Awakening’, Eric Gales all 3 albums I mastered, Sabaton ‘The Great War’. Annihilator ‘Ballistic Sadistic’, the Halford CD and DVDs I’ve done, there are so many. I am happy with all these albums, each one has a story behind it and it was a pleasure and an honour to work on them.’’ 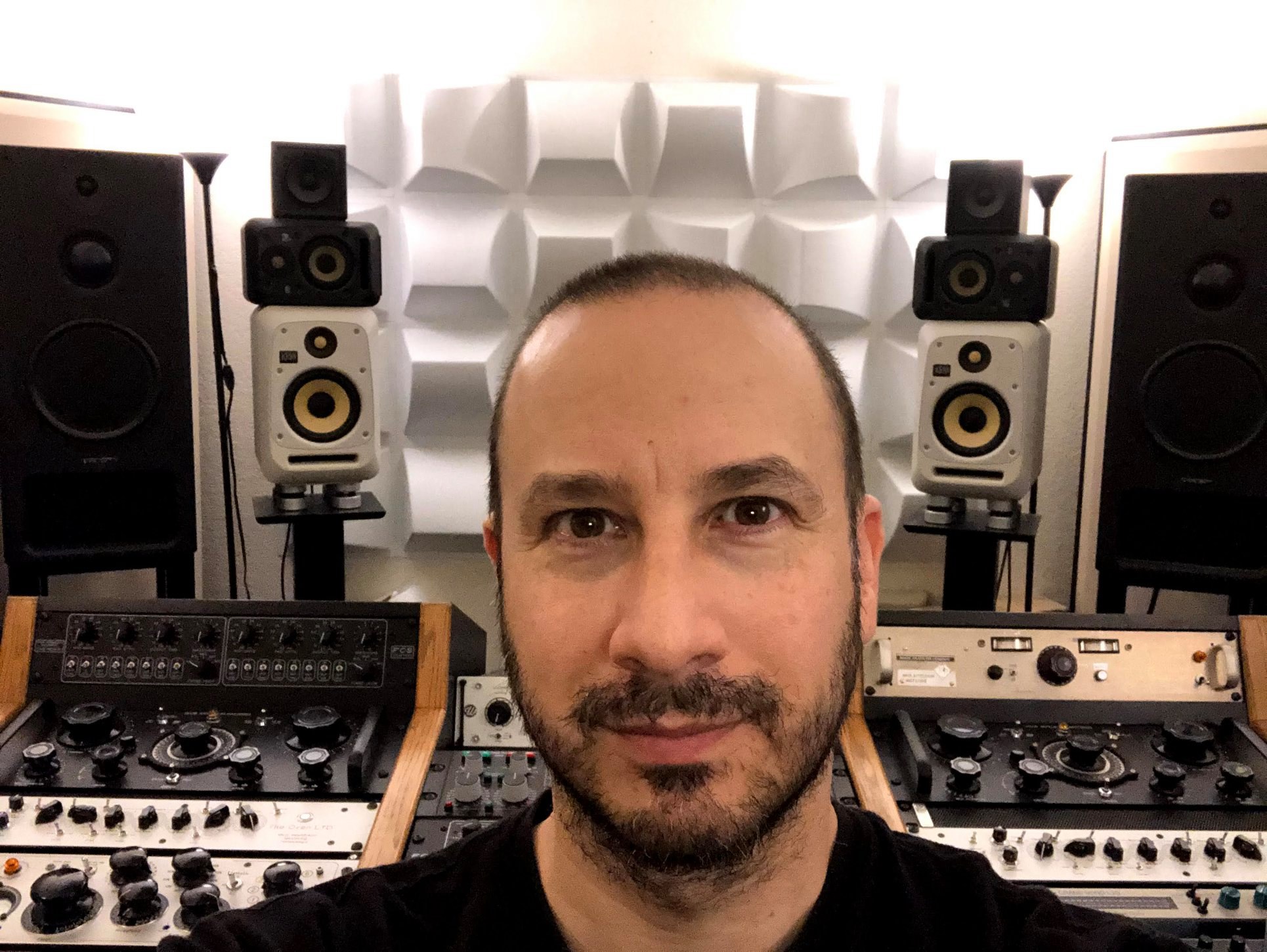 Which band or artist is still missing on your client list?
,,A lot of them; Metallica, Megadeth, so many bands I’d love to work on, in rock: U2, Radiohead, you name it. It hasn’t happened, people have to find me.’’

How does the current situation in the world affect you?
,,Bands are usually supposed to tour to fund the recording. Some are actually recording because they are not touring. It is a mixed bag, different people, different situations. Records are being made and slowly released so there still is work to do.’’

How long does it usually take you to master an album?

,,That really depends, some of them are ready to master and don’t take too long, others have to go back and forth for fixes in the mix and you have to master them several times to get the right vibe the artists want. Some come in very good and the client has a specific vision, it might take a few back and forths, sometimes you give a few different options and go through a process of changes finding the one that makes everyone smile and get excited about. If there is a deadline to work with, it can speed things up for the good or the bad. You really want to have enough time to work it the way it will be your best presentation of the clients artistic ideas. That can take a day, a few days, some a week, some need more time, but you always do your best to make the client happy.’’
—

All other photos taken from Maor Appelbaum Mastering Facebook Page