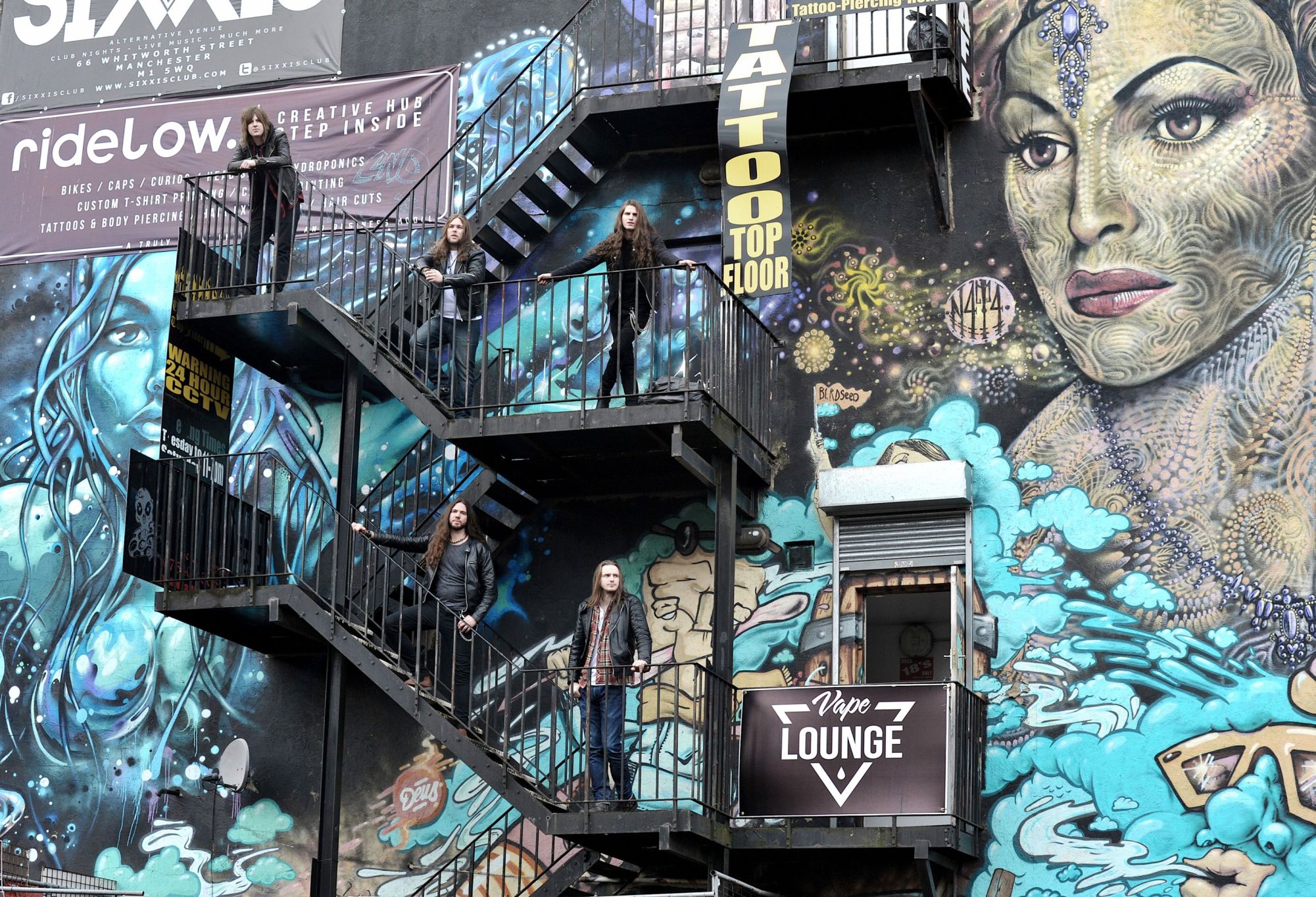 For me one of the best albums of 2017 is ‘Bigfoot’ by UK rockers Bigfoot. Never heard of them before, but it turned out the band wasn’t that new, they already released two EP’s and were active on the touring front. They also caught the attention of singer Jeff Scott Soto who is now their manager. High time to introduce the band to the HeadBangers LifeStyle readers; so I contacted guitarist Sam Millar. 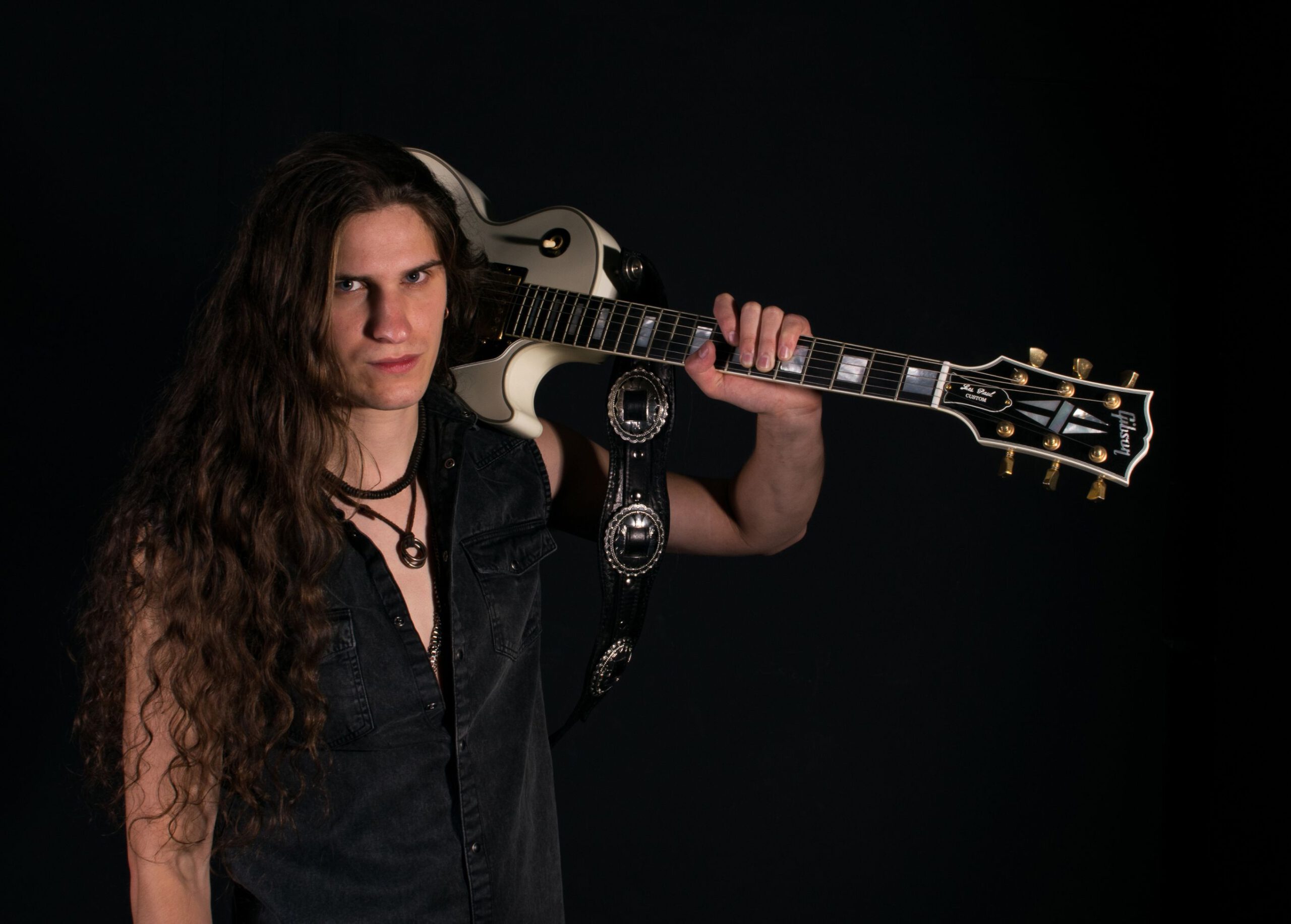 How did the band come together?
,,In 2014 myself and Mick [McCullagh] were talking about forming a band. We started jammin’ in the practice room and trying out different musicians until we found the right ones.’’

Did you already know the musical direction back then?
,,No, we didn’t really know what we wanted to be whether we would be a rock band or a metal band. When we were writing our first EP we didn’t know what we were writing, we just went and saw what came out naturally. It changed a bit over the time and might be again in the future.’’ 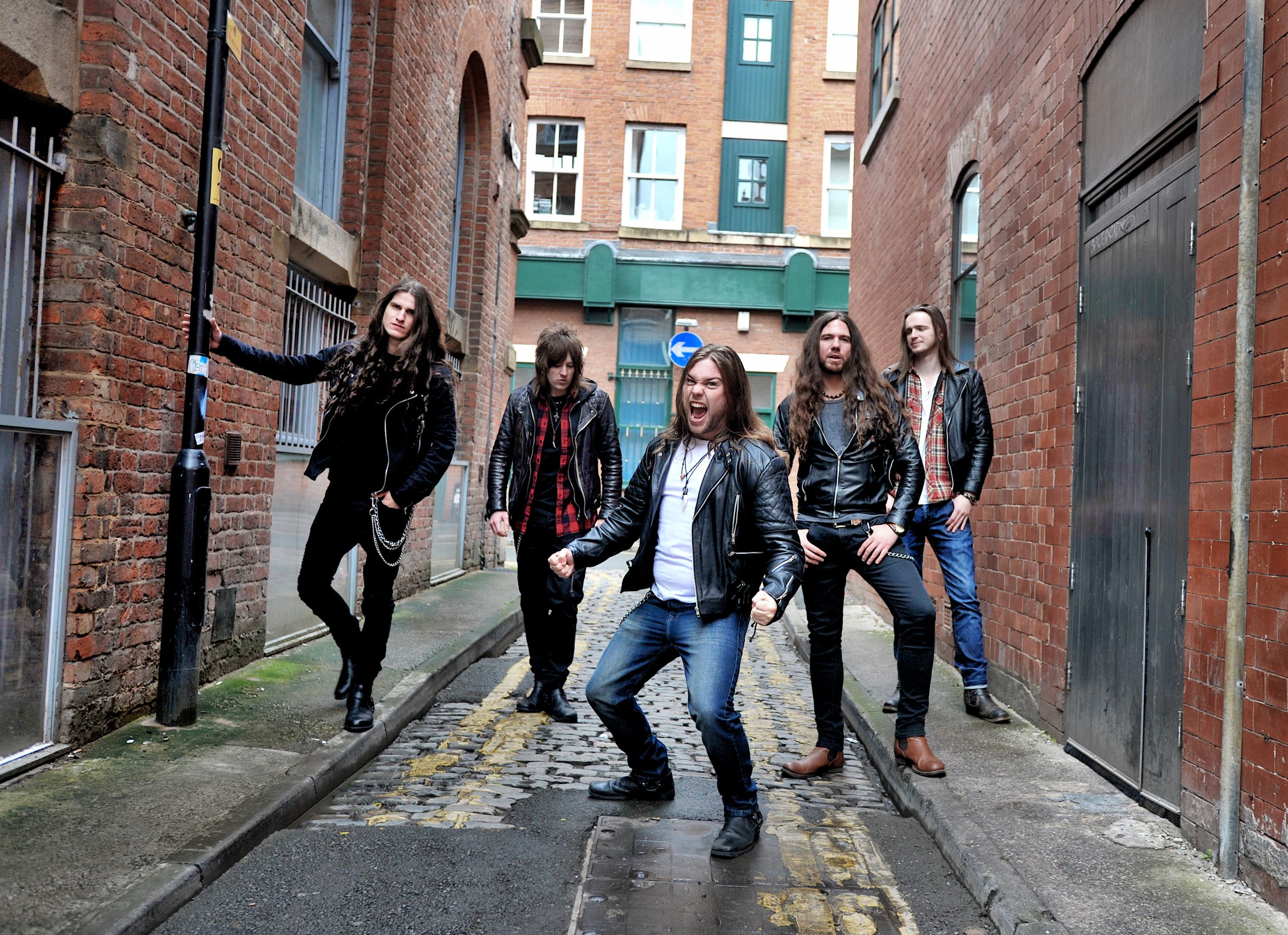 What is the goal or ambition at the moment?
,,The ambition is to get the music heard by as many people as we can, tour as much as we can. Spread it out as far as we can.’’

,,We couldn’t afford to record a full length album.’’-Sam Millar

You started with releasing two EP’s. Was that to test the waters?
,,Sure, we needed to find out what sort of band we were, what worked and didn’t work. Also, when we first started we couldn’t afford to record a full length album. We couldn’t afford to get into a studio and record 10 or 11 tracks.’’

How did you get Frontiers interested in Bigfoot?
,,After we released our second EP called ‘Stone Soldiers’ they were interested. They already liked our first EP but when they heard the second they decided they wanted us for a full album. The cool thing is that they never told us what we can or cannot do musically. They signed us because they liked our sound and let us do what we want.’’

You have Jeff Scott Soto as your manager. How did that happen?
,,We went on tour with him in February 2017 and he was excited about the band. We contacted him after we parted ways with our previous manager and he wanted to work with us.’’

What advice did he give you?
,,He gives us a lot of advice on a daily basis. We already had the album finished when we started but I’m sure on the next album he’ll give some input to what he thinks.’’ 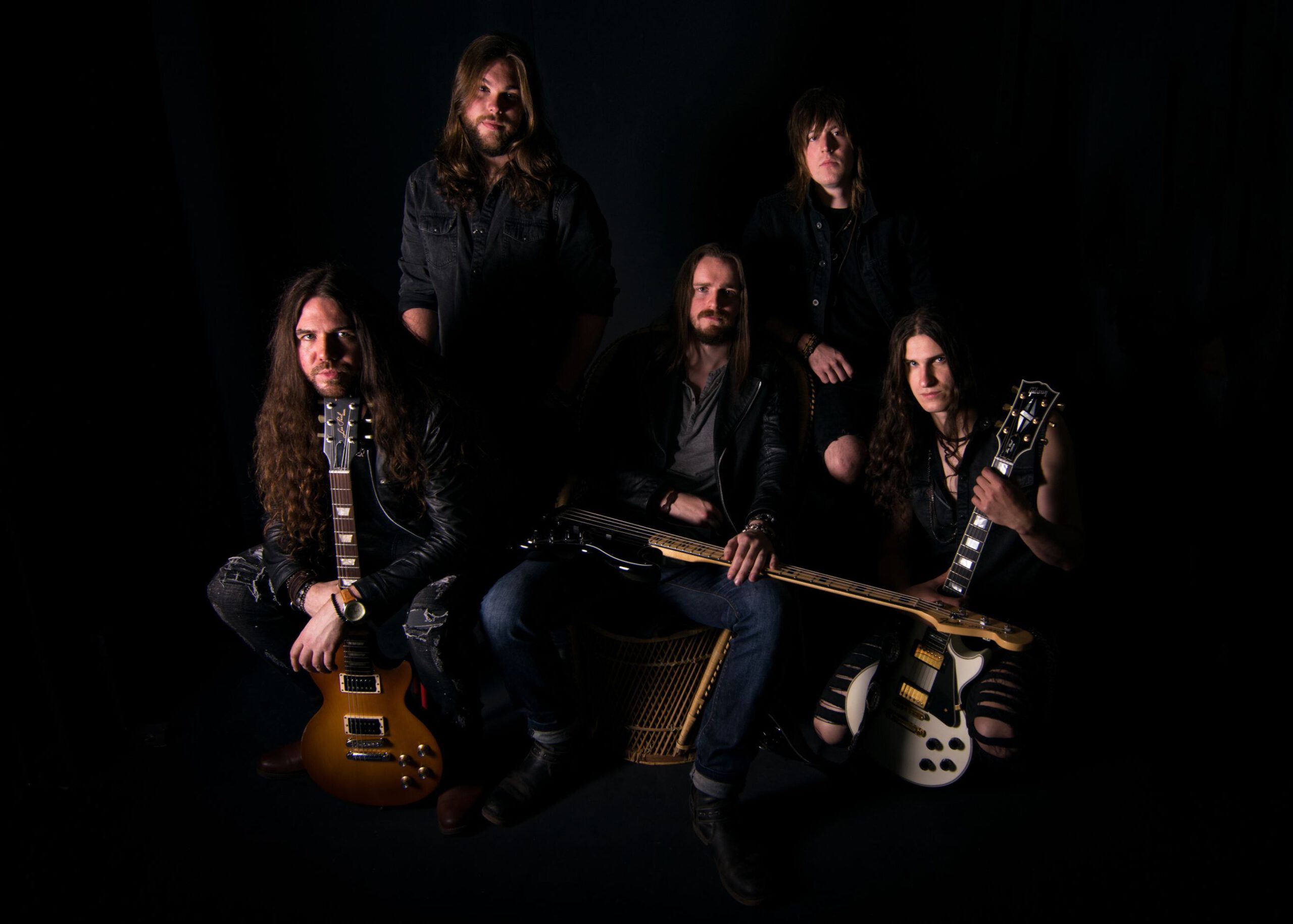 Your debut is heavy, melodic, catchy, great songs, vocals and solos. What is there to improve?
,,All of it. I don’t know. We like trying new things, not be a standard rock band and hopefully you’ll hear some different stuff from us and stuff you’re expecting from us. We like the idea of taking the people by surprise and just doing things you wouldn’t expect from a rock band. That also explains the reggae rhythm in ,,I Dare You’’. We didn’t try hard, we were just jammin’ in the room one day and started playing it as a reggae song, as a joke and it sounded good actually. Things like that you can expect from Bigfoot.’’

Is the writing process a group effort?
,,It depends, we don’t have  any set writing. A lot of the time I come with a full song and the others chip in. But it can also start with a riff by Mick. We don’t have a strict formula, every song has a different approach and everybody is involved.’’

,,When we started we liked the idea of a big riff band.’’-Sam Millar

What are the ingredients for a good Bigfoot song?
,,A riff you can nod your head to, generally power in guitars, drums and vocals. A catchy chorus is a bonus. Mick and I are both guitarists and when we started we liked the idea of a big riff band.’’

The song ,,Yours’’ is probably the most ambitious song on the album. Nine minutes long; different dynamics and mood swings. Was it difficult to write and record?
,,The writing came together in a weird way actually. I had the chorus written and a few other bits. Mick and Anthony [Ellis, singer] had another idea, a verse and some other bits. So it came out as two different songs kind of merged together. And we added some bits after that. It was never intended to be such an epic song, but when we got in the studio and done the guitars, bass and drums we decided it needed some more and added strings, some choirs. That song has pushed us as a band.’’ 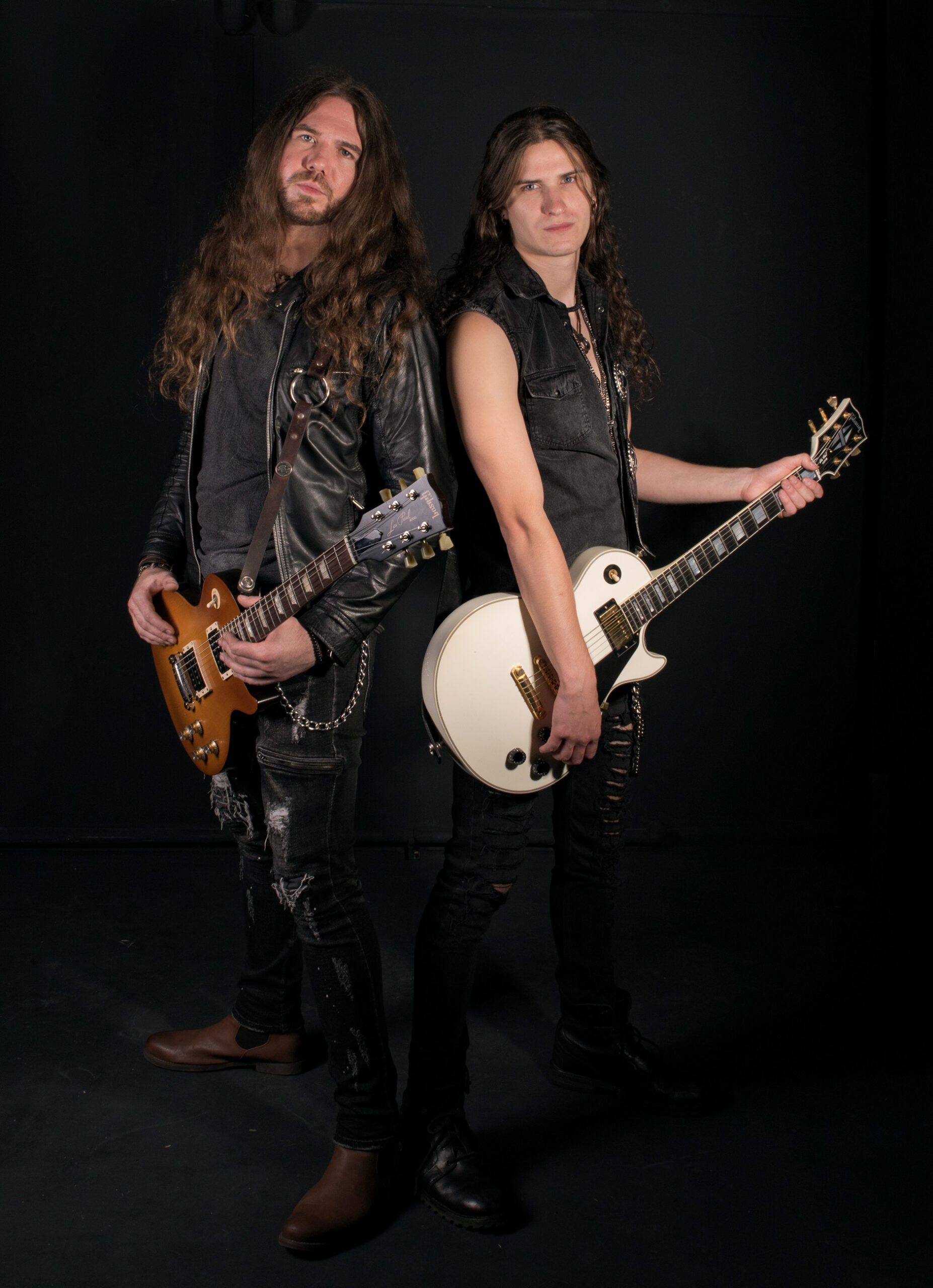 How do you and Mick divide the solos?
,,We both have different styles. I’m more a melodic player, Mick more a shredder, more metal… but then again he loves Slash and has all the blues stuff. We just know when we get the feel of the song. All the ballad stuff I always take but sometimes one of us just has a great idea for a solo and just does it. There’s no ego involved, we work well together, we know each other’s strengths and weaknesses, and we complement each other. ‘’

What sparked your interest in music?
,,Probably listening to Deep Purple as a kid. My dad introduced us to Deep Purple, Black Sabbath, Jimi Hendrix and stuff so it was an obvious choice to pick up a guitar at some point.’’

,,We want to go out and play as much as we can because that gives us a lot of inspiration.’’-Sam Millar

What is the last thing you do before you go on stage?
,,I go really quiet, don’t talk to anyone, not even the band. I stand with my guitar for about 20 minutes before I go on stage, nothing crazy.’’ 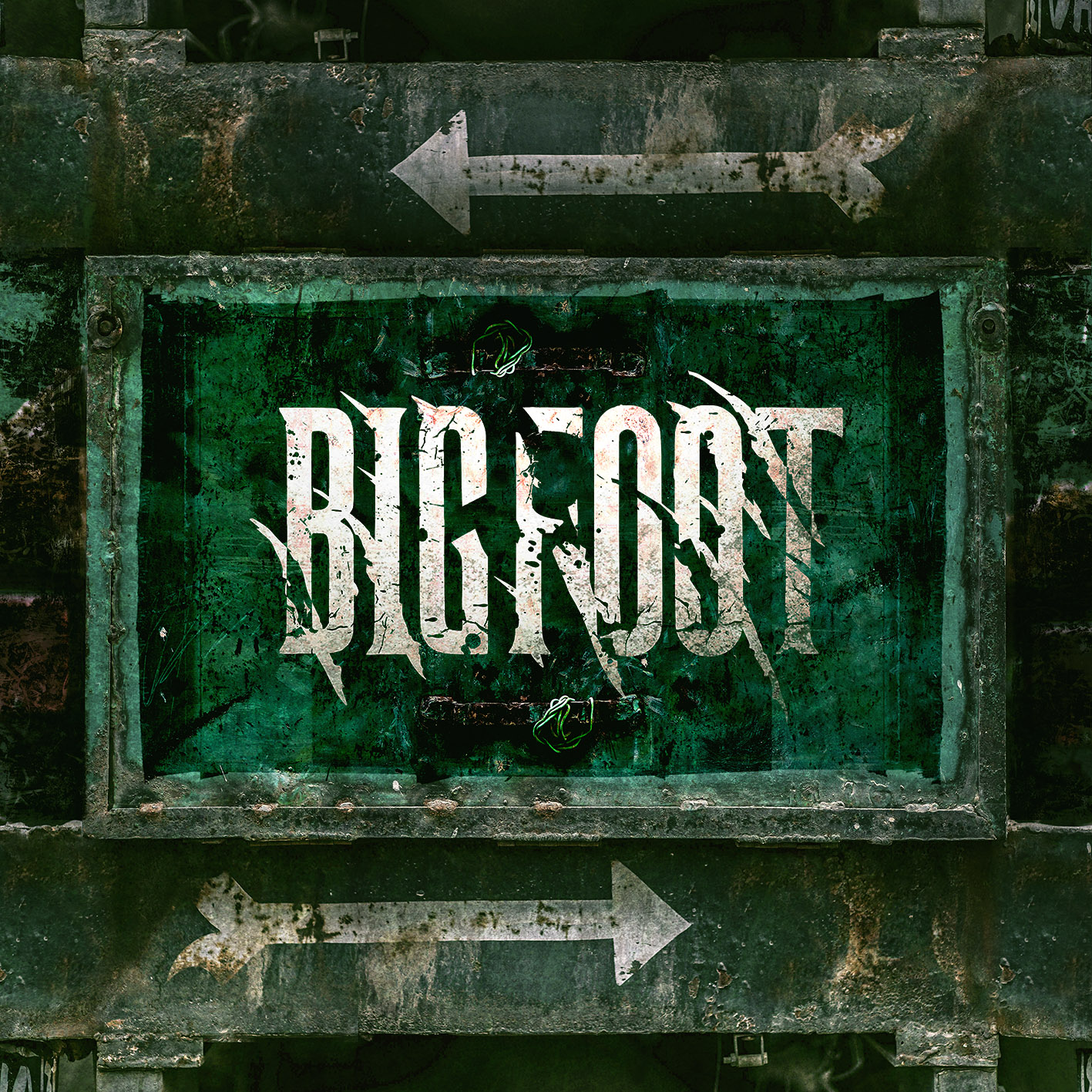 Is there something like a band ritual before you go on stage?
,,No, we’ve never done that. We’ve tried it once but it just seemed a bit cheesy so we just go on and play.’’

Is there a difference between Sam Millar on stage and Sam Millar off stage?
,,Absolutely; I‘m a quiet person off stage; keep to myself a lot, on stage that’s where I feel happy and most confident. So I am definitely more lively and more energetic on stage.’’

Is playing live what it is all about?
,,That’s where you get the ticks or get the boots. I don’t like spending too much time in studios. I enjoy recording but rather be on stage any day. Bigfoot is a live band more than a studio band. We want to go out and play as much as we can because that gives us a lot of inspiration.’’
—
Follow BIGFOOT on Facebook and visit the Website here