Get your mojo working and join ranks with the hottest band in Ami-land!

When HBLS reviewed the band’s `Burn The Ships’ we couldn’t expect the band to lift off this fast, though we predicted a rise. Blacktop Mojo emphasize everything a modern day rock band needs; Great riffs and powerful licks, towering vocals with gut felt emotion, and persistent power and thrive.

With the band’s appealing vocalist Matt James, most certainly as key player at the helm, Blacktop Mojo stumbled onto the road to badass! Star struck by all means the Texas outfit plunged into tour after tour, after tour… rediscovering the USA and all its States, redefining their live sound and widening their horizon musically. With their roots pawed deep into American Southern rock and grit spitting blues metal, the band can only grow by adding more spices tot heir cocktail of powerhouse rock. With a new album on the horizon, the band opened the door to participate and support them while climbing the stairs. Blacktop Mojo on Pledge music, What the hell?! Join in!
With the interview lying way behind us, I believe it is time for us to get up to speed quickly on everything Blacktop Mojo. Who else than charismatic vocalist Matt James can shine a light on the current standings of the band? 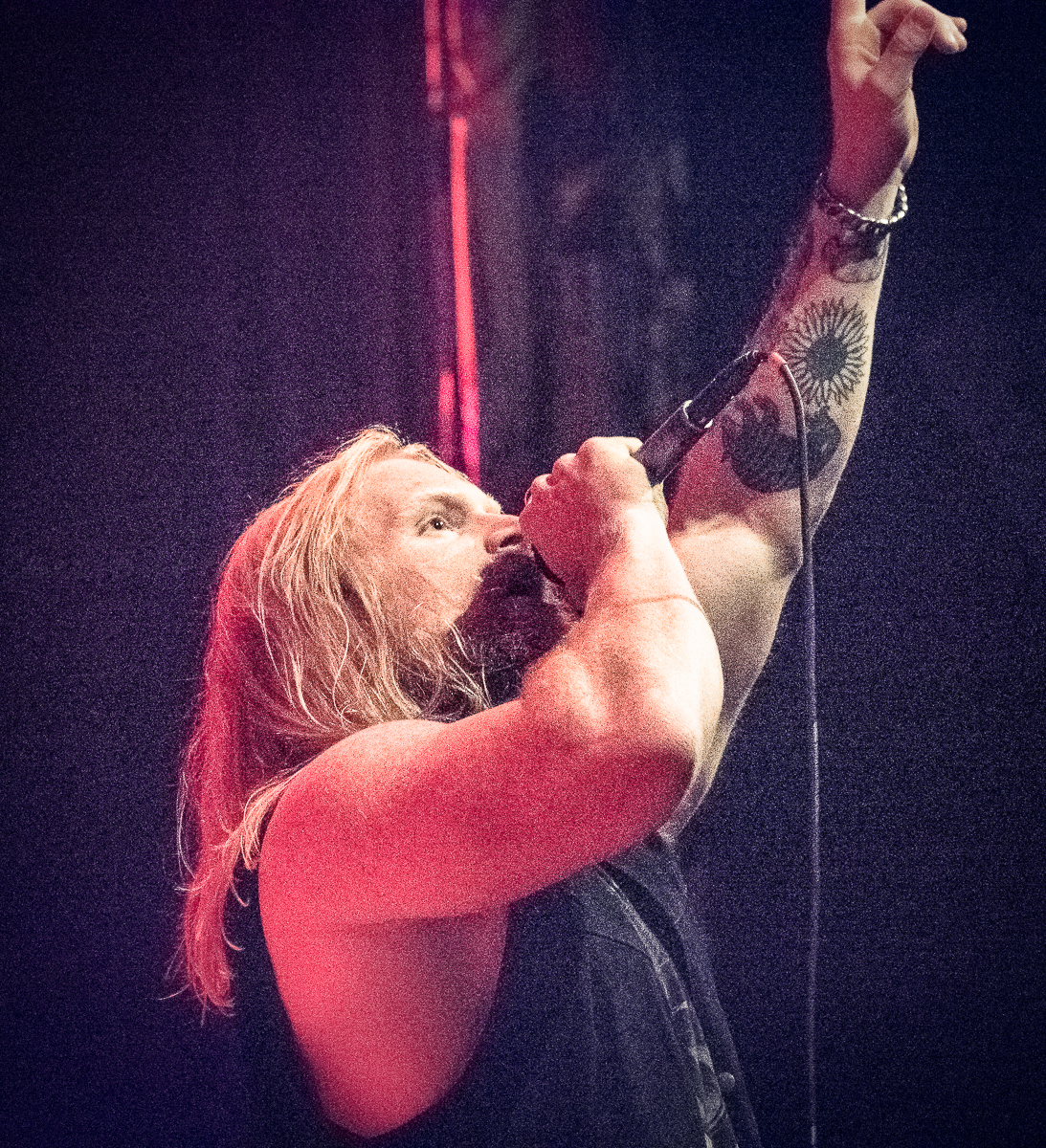 Matt, it surprises me you have to turn to Pledge Music rather than a record company shown interest and investing in your career. Why this decision?
,,It’s not something that we necessarily have to do, but rather something that we want to do. Our friends and fans are our lifeblood and our last Pledge Music campaign was incredibly successful. It seemed only right to make this record the same way.’’

Wasn’t there interest from record companies at all to support your albums or re-release both CD’s?
,,There was some interest there, but we felt that we had some more building to do ourselves before coming to the table with a label.’’

Personally I expected `Prodigal Son’ to hit the airwaves and storm the charts.  A song with so much emotion pouring, it should make it to the top ranks of the charts or to a movie soundtrack. Nothing?
,,Unfortunately, no brother. Maybe in the future.’’

With your music appealing to modern metal fans as well as classic rock aficionados, I expected you guys might be bridging the gap to airplay and hot rotation faster. How’s feedback on your albums and shows thus far?
,,Feedback on the albums has been amazing thus far and we see more and more people coming to the shows every time we go out.  Couldn’t really ask for better.’’

Can you take us back into history and walk us through the days after release of `Burn The Ships’?
,,It was pretty scary. We gave up a lot to make that record. Fortunately, it was received very well by everyone and we were able to keep growing.’’

A lot happened… did the comradery within the band (living together) survive also?
,,The comradery is definitely still there. We still all live together in the same house when we’re not on tour.’’

Tell us what we can expect from Blacktop on the new album?
,,I think it’s definitely an evolution from what we’ve done before. I think the sounds are consistent with previous albums, but are a little more stylistically diverse.’’

Is Europe going to be included in the band’s plans for the near future?
,,Nothing that we can announce yet, but let’s just say we’ll be in Europe sooner than you think.’’

Anything you want to add?
If you’d like to pre-order our next record, and be a part of the process, please go to https://www.pledgemusic.com/projects/blacktop-mojo-new-album and check out the stuff we’ve got going on there!

Well, there you have it: Blacktop Mojo in a nutshell. Tremendous new music awaits us and you are able to invest in this talented band that not only shares their passion for music, but they even share a home. Growing closer and tighter, this could be one of the best albums to hit us. I definitely keep my eyes skinned for this band…
—
Follow Blacktop Mojo on Facebook and visit the website here