“Music AND lyrics must fit together” (Ramon Ploeg, guitarist)

In 2015 Bleeding Gods released their debut album called ‘Shepherd Of Souls’. The Dutch thrashy death metal band got great reviews and they played a lot of live gigs; they even got a record deal with Nuclear Blast Records. Bleeding Gods has just released their second album called ‘Dodekathlon’ and I had a chance to talk to guitarist Ramon Ploeg about their new album; so here we go… 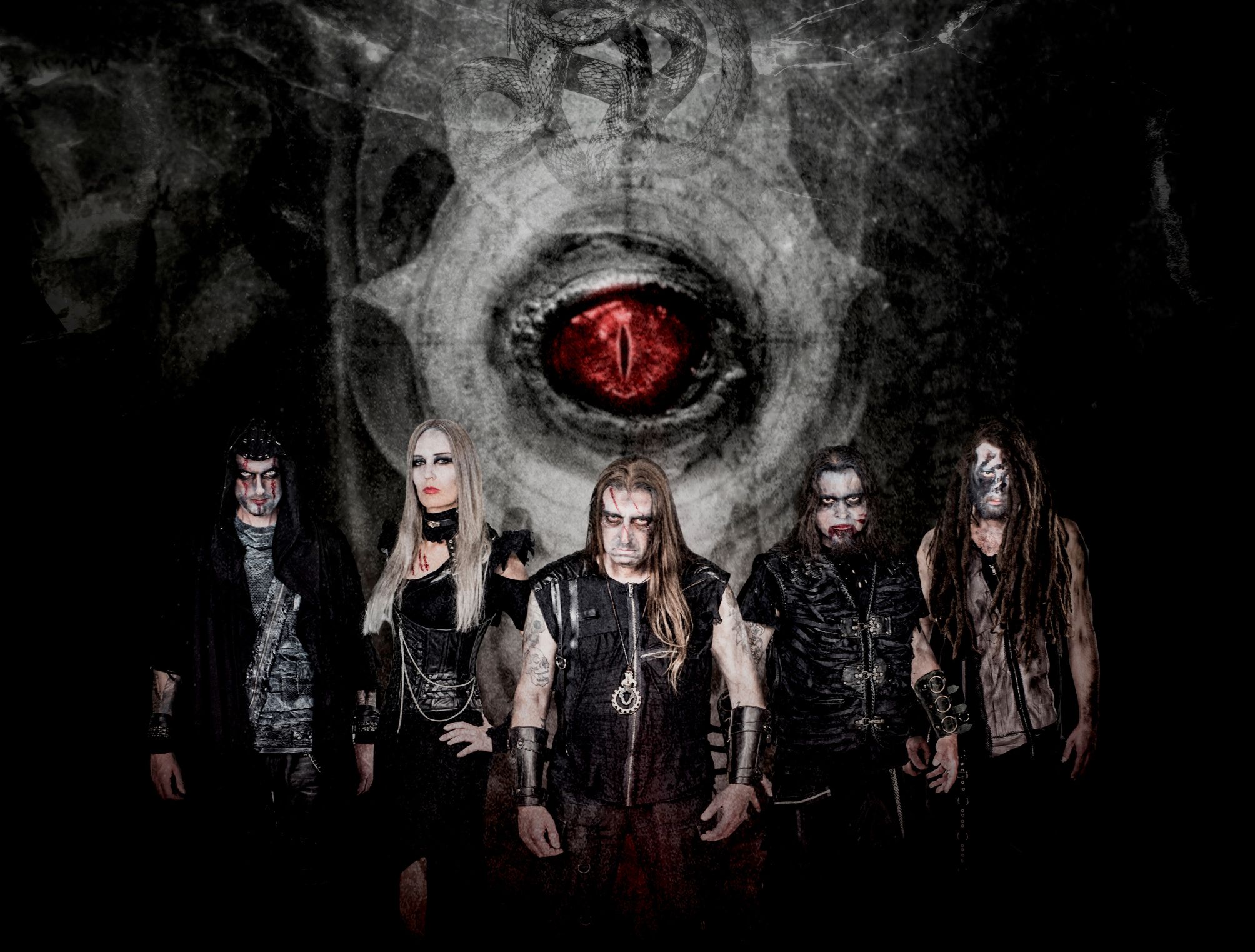 Last year, you signed a record deal with Nuclear Blast, how did that happen and how does it feel to be part of such a huge metal family?
,,It feels great! After about two years of demo-ing for this album we have delivered a complete package to the label. Nuclear Blast was on the top of our list; all of us bought CDs when we were young of bands that were and still are on Nuclear Blast. So, a dream came true for us.”

The new album is called ‘Dodekathlon’ and it is a concept album. Why did you choose to record a concept album?
,,The title stands for the twelve labours of Hercules. It is an old Greek mythology and we have chosen to do a full concept album of this subject. The title is in old Greek lettering on the album, so it works more like a sort of logo on the cover artwork. We had several ideas for a concept, but this one stood out because we now could create twelve awesome tracks and over an hour of music. We all wanted to create a concept album and we wanted this album to be on a much higher musical level than our predecessor ‘Shepherd Of Souls’. We’ve had several ideas and our vocalist Mark came up with this one. He is a big fan of Greek history and mythology and he is also like a walking history book and he even has his own library.”

Can you tell something about the working process for the new album?
,,I started writing this album around two years ago. When I am in the flow of writing music and I have good ideas I can sometimes work really fast. For the debut album, and also for ‘Dodekathlon’, I wrote a complete skeleton of tracks. When I have finished a basic track I ask the other guys in the band for their opinion and if everyone likes it everybody will work on their own parts. So after the basics it really becomes a band process; everyone is doing their own writing and in the end it all comes together like a huge musical puzzle.” 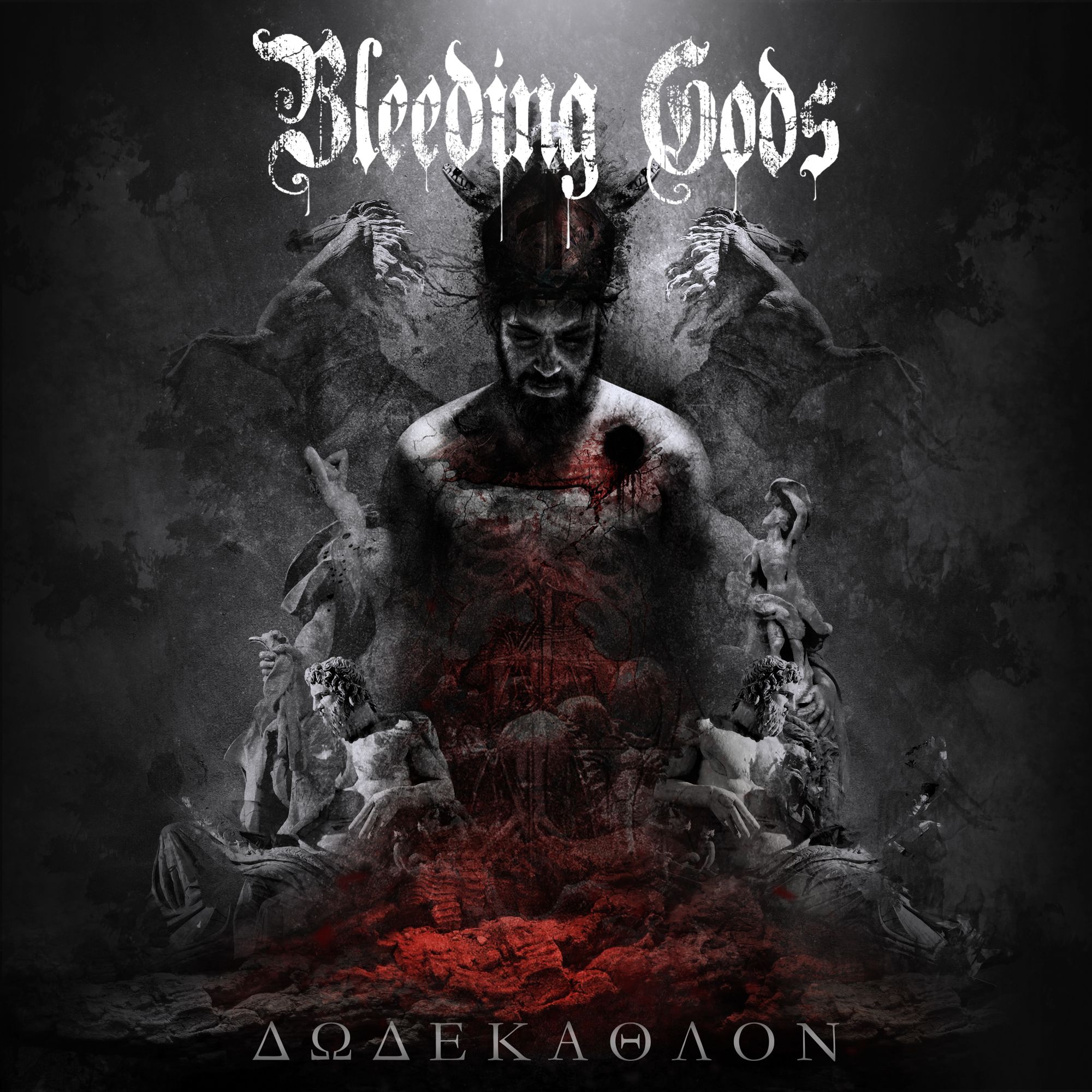 How important are lyrics for the Bleeding Gods?
,,Very important! In this case we have written a full concept album so the music and the lyrics must fit together. Bleeding Gods is not a band that does things half. We think about everything, music, stage, gear, lyrics, etc.”

What are the main differences between your debut album and this new one?
,,The most important and biggest difference is that we now work with orchestras and keyboards. However the fans do not have to be afraid, it is still death metal, but with thrash influences like people know Bleeding Gods. Only we added some black riffs and classical guitars in the music so the sound is better and there is more variation instead of only in your face to the point death metal.”

Is Bleeding Gods a “true” death metal band as I also hear lots of thrash influences from bands like Pantera or Lamb Of God?
“We always played death metal with some thrash influences, yes. But we listen to all kinds of music, so I think the influences come from all types of music and bands. Rutger has a classical background, so there are also classical guitar parts on the album and I also listen to classical music a lot, so that was an easy choice. Besides classical music, we also like bands like Slayer, Dimmu Borgir, Cradle Of Filth, Lamb Of God, Fleshgod and many more, so…” 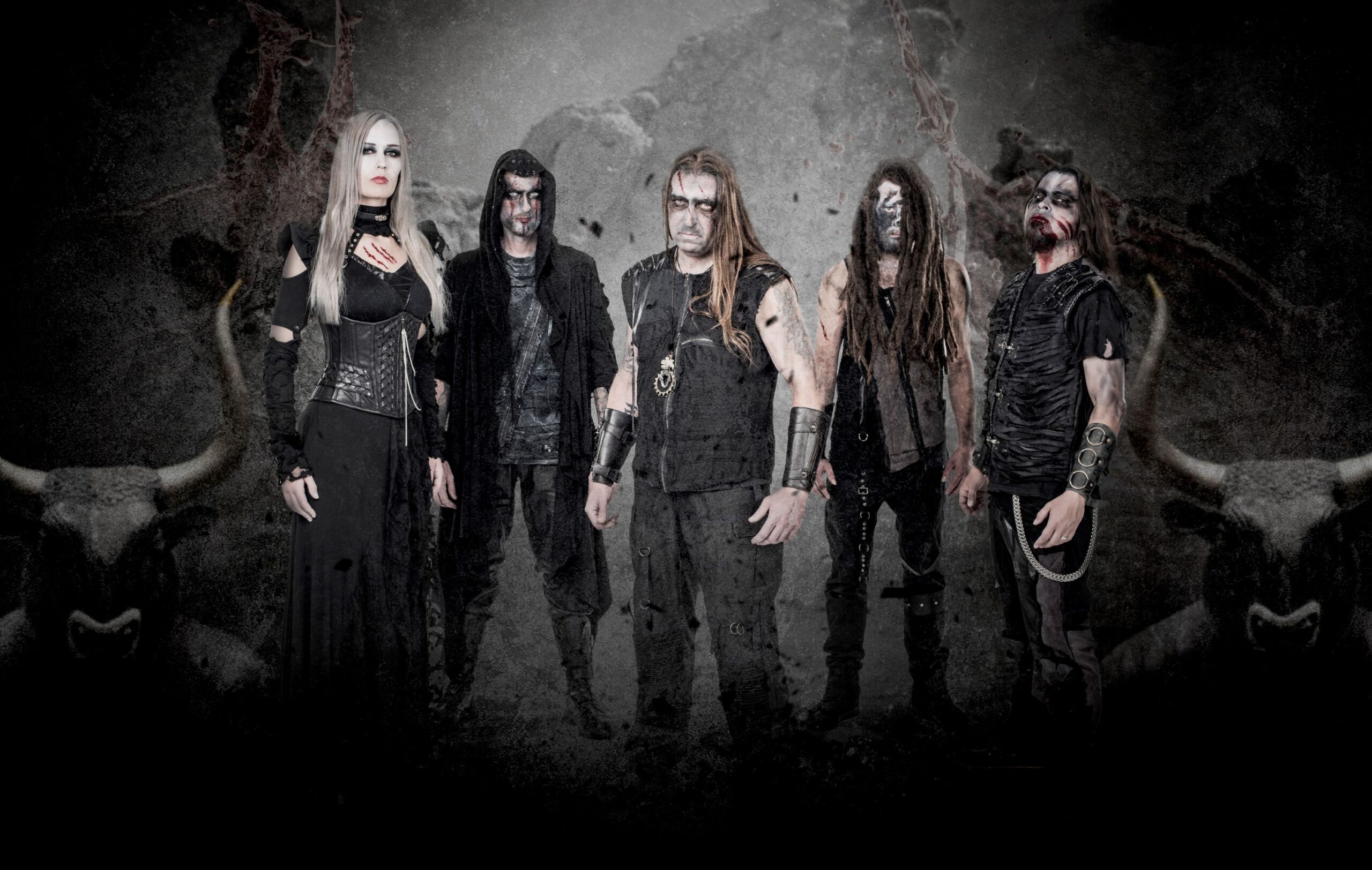 The first single of the new album is ,,From Feast To Beast”, why did you pick that one as a single?
,,That was difficult as there are a few great tracks on the album that represent the album and could be used as a single; but we had to choose one, so…. We think that ,,From Feast To Beast” has it all. We have to represent the band to the bigger audience worldwide and that song has blast beats, heavy guitars, epic orchestras, etc, so it is perfect, right? “

What is Bleeding Gods ambition?
,,Currently, to promote ‘Dodekathlon’ to its fullest.”

Future plans?
,,Promote and tour a lot of course. Working on the successor of ‘Dodekathlon’ for which we already have various ideas……”
—
Follow Bleeding Gods on Facebook and visit the Website here