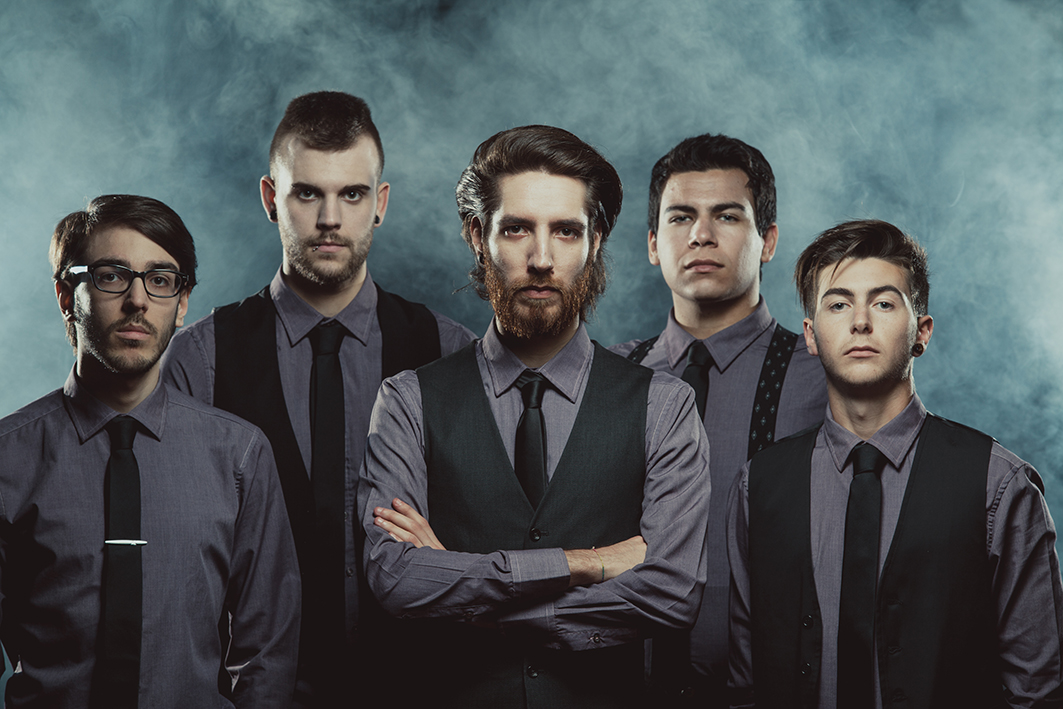 From Hell to Heaven

One of the albums that recently landed in the mailbox of HeadBangers LifeStyle headquarters and grabbed the attention right away was `Aeon’ of the metal core band Burn After Me. Not only does this Italian five-piece show some great musical skills, adventurous songs, cool grunts and growls and an energetic heavy sound on their new, third release, these guys also have a story to tell; a story about the tragic of mankind, based on an ancient story. HBLS contacted frontman Roberto Frigo to get updated about the idea behind `Aeon’. 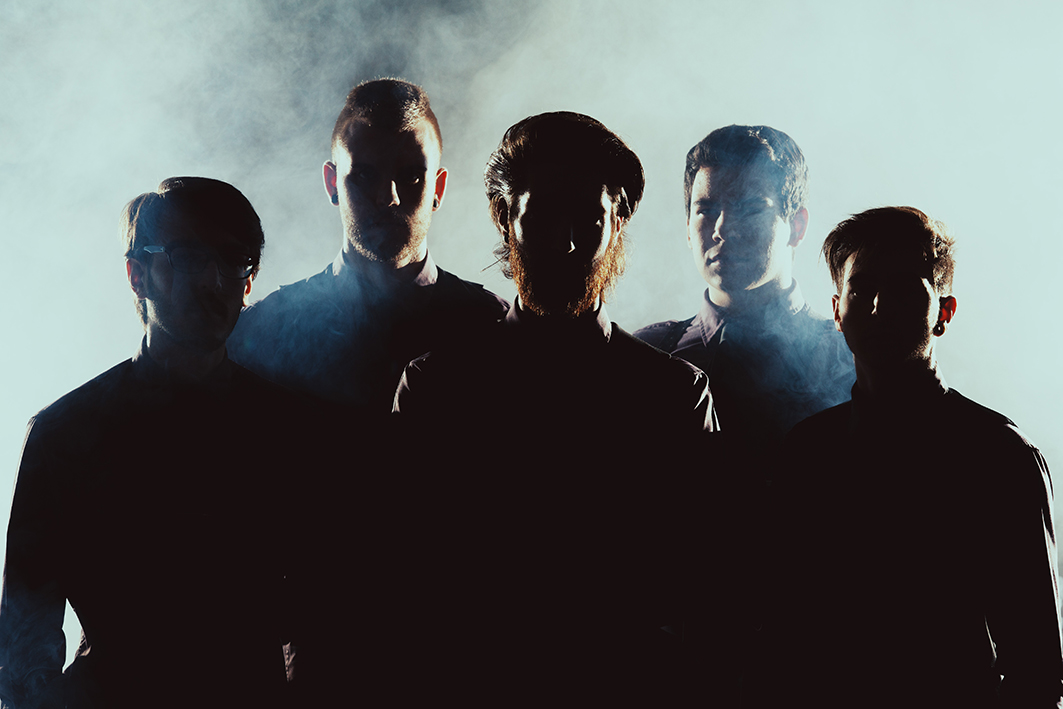 Burn After Me is a relative young band, formed back in 2012. Why making an album that is based and inspired on the old, classic novel `La Divina Commedia’, written by Dante Alighieri?
,,Initially we were thinking of other themes as well, all dealing with human behaviour, man’s personal choices, his kin and the whole planet. Eventually we opted for `La Divina Commedia’, since we felt it was the only theme that could really sum up the entirety of humankind’s actions and that could be easily proposed in a modern day setting, as if in 700 years almost nothing has changed in human consciousness. It’s incredible and tragic at the same time how such an ancient book can still be so relevant. Showing us how time goes on and changes, just like places, friends, enemies and customs, yet thoughts and actions that originate from it, remain intrinsic and constant, as if humanity never learns.’’

What musical end result did you have in mind when you started writing `Aeon’ and do you feel you succeeded?
,,We think that an album should tell something, be a story, a trip or some kind of experience. Contrary to our former albums, we will have a strong “growth”, song after song, something that won’t be veiled at all. From the moment we started working on this album we wanted to experiment new ways of creating our music. It seems we have succeeded what we were aiming for, because people have picked it up and we are really happy about that.’’

For those who are not familiar with your first two releases `Healing My Wounds’ (2012) and `Ascent’ (2013), can you tell us how the band sound on those two early releases and how you experienced the development of the band since then?
,,Back in those days we gave vent to every idea we had in our minds, trying to arrange them in the best way we could. The cool thing about metal core was indeed the possibility of mixing various sounds, types of voices and so on. Unfortunately after some time it became a “cliché” you had to respect, so we decided to turn the page and go for a general “metal” sound and every shade it has. With `Aeon’ we gave ourselves precise rules since the beginning. As you know, ‘Divina Commedia’ has its own metric rules, so we tried to do the same.’’

The competition is huge these days. What makes Burn After Me stand out in the big mass with `Aeon’?
,,It’s very hard to be really different and to have a distinct sound from the others. We tried to do our best by developing an idea in a detailed way and at the same time not impose ourself musical dogmas, except for rhythmic rules. In any case, we think that the originality to be able to have a different sound should not be forced by a band. It should be a natural process based on what you want to express when you compose a song.’’

What can you tell us about the new video that will be out soon?
,,It will cover the Heaven’s second last song called ,,Angels’’. You will see us band members as Heaven’s visitors and as the main characters in the video. During this video we are shown, as represents of humankind, all the actions and the most despicable thoughts, deeply rooted in humanity that should not be pursued with eagerness if you want to be a better person. To show the examples there are 5 Suicide Girls depicting angels in the guise of “vice”.’’ 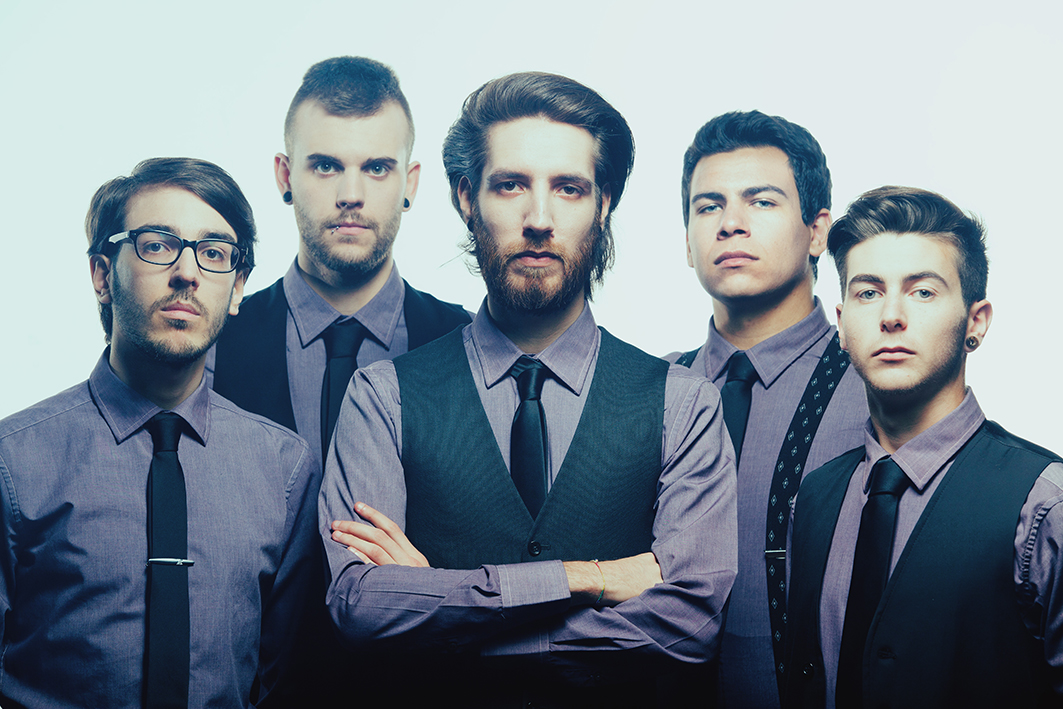 What and who triggered you in the first place to start the band?
,,It’s not easy to answer this question. Our motivation in addition to individual pleasure in playing was the desire to communicate with something that goes beyond words and to be able to convey strong emotions and sensations. With a band you are no longer exclusively emotion absorbers but you become donors and perhaps this is what prompted us to join this context and start the project.’’

How much of an impact has the band on your daily live? Do you consider Burn After Me still as a hobby or does it go much deeper than that?
,,This project is more than a hobby and it greatly impacts on our lives. It lies somewhere between being a collective organism and a job because it really requires a lot of time and energy to square everything. The sure thing is that it doesn’t fruit money [laughing] but if we had focused on this factor we don’t think we would even be here to talk about it because we would never existed.’’

On the new promotion band photo you all looking sharp dressed, hipster-like and you definitely don’t look like a traditional metal band. What is the idea behind the look/image of the band?
,,Our clothing is closely related to the concept. Talking about an opera representation, we wanted to make this aspect more “classic” to not leave anything to chance.’’

What can the audience expect from a Burn After Me live show?
,,We hope to be able to replicate an ambiance that fits the album to make people fully immersed in our journey.’’

What is the band’s motto and mission?
,,`Abandon Hope All Ye who Enter Here’ is our motto for “Aeon” (stolen from the Divine Comedy) and it is closely related to our mission: Start from hell (human selfishness and greed of futility) without any hope and provide along the way a starting point for introspective revision with aim to reach the inner harmony. If you think that this can be very pretentious, yes, in effect it is.’’
—
Follow Burn After Me on Facebook and visit the Website