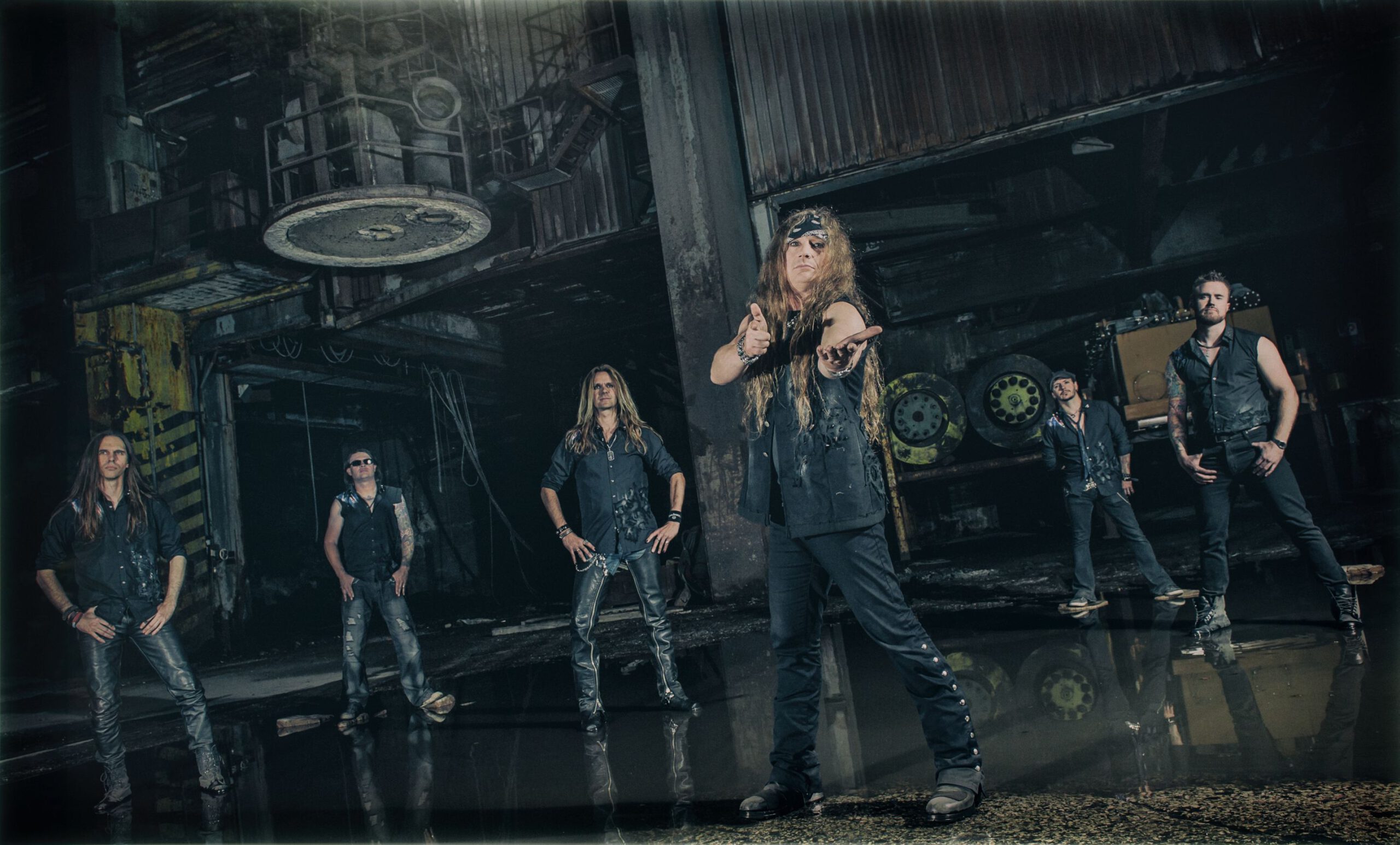 Past, present and future

Hailing from Sheffield in the UK the group C.O.P. UK (short for Crimes Of Passion) is banging on the door since 2005, the year that they recorded their first album, after being brought to life by Dale Radcliffe and Kevin Tonge. In 2011 C.O.P. UK released ‘To Die For’, at the end of 2015 followed by ‘No Place For Heaven’. Dale Radcliffe (vocals), Charles Staton (guitar), Andrew Mewse (guitar, he replaced Harry Griffiths in 2014)), Scott Jordan (bass), Kevin Tonge (drums) and latest recruit Henning Wanner (keyboards, ex-White Lion and originally from Germany where he still lives) are yet again a band that gives British rock a boost, although their main market seems to be established in Germany and surrounding countries). HBLS asked them some questions about their past, present and future and discovered that English comedy is not dead yet! 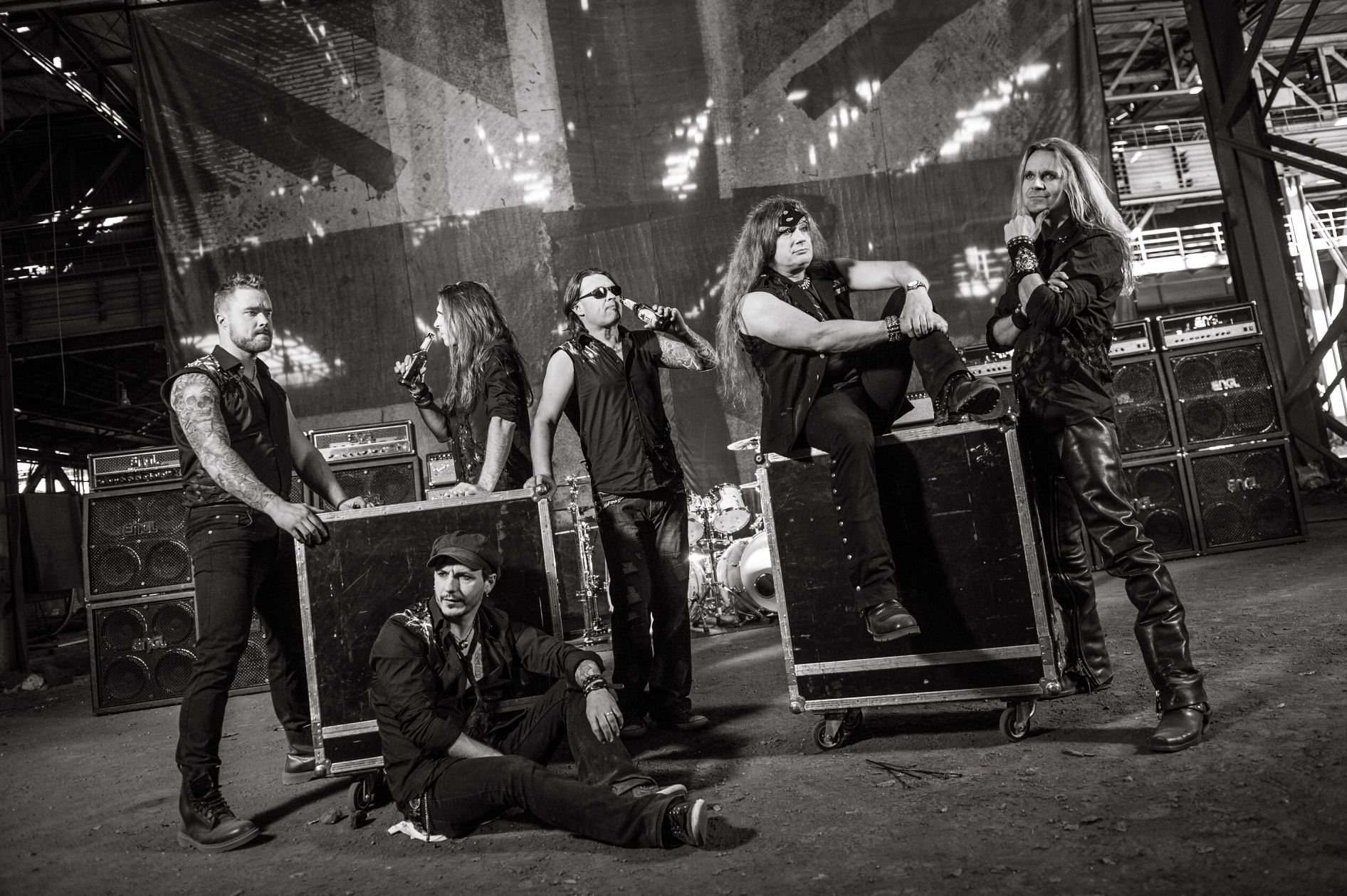 Being together for 11 years already, has your attitude towards music and the music business changed dramatically? Main influences in the early days?
,,The only thing that has changed of note is that CD sales are declining and the live shows is where you have to be to get your band name out to the people. We try and play as many live shows as we can. Our main influences are still the same, the old 80’s hard rock such as Def Leppard, Dokken etcetera mixed with newer bands such as Edguy, Avantasia and Avenged Sevenfold.’’

You released the first CD in 2005, a second album in 2011, and the third in 2015. Why these long periods in between? Was it so difficult to get a record deal, was it a matter of finding finances perhaps?
,,The first album in 2005 was a completely different style and line-up. We recruited a completely new guitar line for the ‘To Die For’ album in 2011 coupled with writing a new style. This new album took three years to write and record as we were working with Sascha Paeth for the first time and we wanted it to be a great album. It was actually finished at the beginning of 2015 but we took our time finding the right label to release it on. Then once we got the deal with UDR Records it was down to their scheduling.’’

These days records sales in general are falling as you already stated. It makes it a bit harder to make ends meet. How are you able to make a living or are you combining it with a job?
,,We all work for ourselves so it gives us the freedom to tour and record whenever we need!’’

It seems to me that this band is better appreciated abroad (I mean in particular Germany) than in the UK. You have toured there, recorded there, have a German record company. What is your comment on that?
,,The market for rock/metal is so much bigger on mainland Europe than in the UK. There are some great bands here in the UK that no-one has ever heard about because they only play in the UK. We have toured Germany (for example) many times and the crowd/fans are always more crazier and seem to appreciate the music more! As you rightly stated, our label, management, booking agent are all German so it makes sense to target the areas both C.O.P. UK and these guys are strong in.’’

Is there a future for bands like C.O.P. UK in your own country? I wonder if the UK based fans still appreciate melodic rock….
,,Yes to an extent, but that is why we add the heavier elements also to avoid to be pigeon holed into the melodic rock category. There will always be fans for rock music!’’

Did you ever have contact with the Frontiers label in Italy, the main label for melodic rock in the world these days? Your music would fit excellent in between their stable…. What made you decide to go with UDR?
,,We spoke with a few labels (Frontiers included) but UDR is part of the ICS/Wacken family which we are part of! Thomas Jensen has been a big fan of the band from day 1 and has done so much to help us. Our management and booking agency are also under his umbrella so it made complete sense to keep everything under the one roof so to speak.’’ Sascha Paeth produced the new album ‘No Place For Heaven’. What did he bring to the table that you needed?
,,What didn’t he bring!!!! The guy is a legend! To constantly work with bands such as Edguy, Avantasia, Kamelot you know he is good. When we thought we had a song finished, Sascha would add that final 20% to it to make it even better! He came up with ideas we never even thought of. To top it all off he is such a genuine nice guy who has a love for music. He had never worked with a British band and it was something he always wanted to do.’’

How do your songs mainly come about? Jamming together or individual ideas that arise?
,,Charles and Andrew will come up with various riffs that are brought to the rehearsal room. We then jam them out into songs and Dale will then put the vocal melody to them. We then record them and send them to Sascha for his input. They are then re-worked until each song is complete.’’

C.O.P. UK recently toured with Helloween and Rage through Europe. How did you go? What have you learned except maybe swearing in German?
,,The touring was incredible! Helloween, their crew, Rage and also Gotthard for the last 3 shows were all incredible to us. We have made some friends for life. We were left alone every night to play and the tour run incredibly well. As a result we will be doing more shows with all 3 bands in the future so watch this space!! We were playing to between 1000-4000 people every night so it simply was a case of living the dream.’’

I am planning to retire to an uninhabited island. Give me 3 reasons why I should take a copy of ‘No Place For Heaven’ with me?
,,If you have our album and no other you will constantly play it and never want to leave.

Playing it really loud will keep trespassers of the island!

Being on your own can be very lonely. At least you will have a picture of each band member!!!’’
—