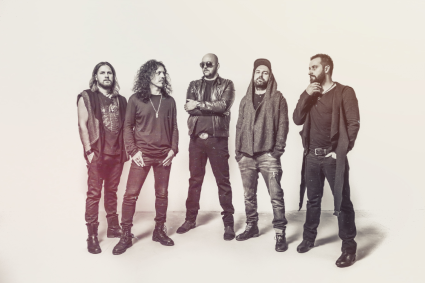 'Modern' Classic Rock with a twist from Poland

I guess we all would find it difficult to come up with ten names of Polish bands that made it outside their own country. Speaking for myself I can come up with Vader and Behemoth in the black/death metal genre and progressive rock band Riverside. And suddenly there was Chemia, Classic rock with a touch of post-grunge and a singer with an emotional voice midway between Chris Cornell and Eddie Vedder. Founded in 2007 it really went uphill since the release of their debut album ‘The One Inside’ in 2012. Their latest album ‘Let Me’ was released in the second half of 2015 after which they did a European tour with Skindred. It is high time for an introduction so HBLS contacted guitarist, founder and main riff writer Wojtek Balczun to talk about rock in Poland, dedication, their relationship with Canada and of course future plans and expectations. 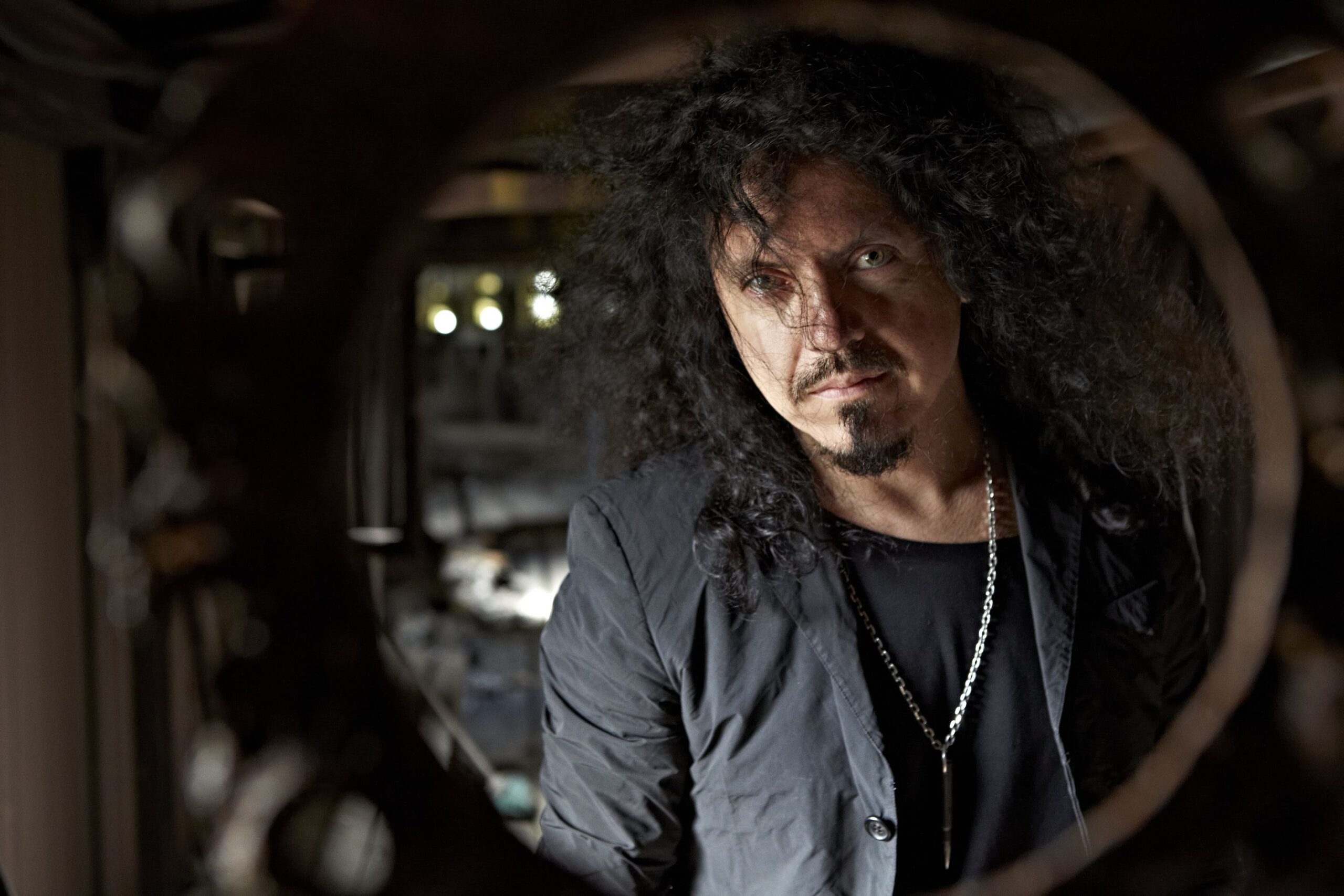 How difficult is it for a band like CHEMIA (or any band for that matter) to survive in Poland?
,,It is a difficult time for rock as it becomes more and more niche music. We have a lot of great rock bands but the promotion opportunities are relatively small. Reality is that in Poland there is only one national, rock radio. Obviously there are plenty of other radio stations but they are focused on pop music. On the other hand we have loads of great rock festivals which are a great opportunity to play in front of a big audience. Despite those difficult circumstances Chemia is doing quite well building its position on the music market. The problem is that it is very difficult to make a living from just playing so many musicians, including me, need to look for other sources of income. Nevertheless we are not giving up because rock is our life.’’

You did have a good job and decided you wanted to be a musician instead. Why give up this security and choose for the uncertain life as a rock musician? Did you decide in a split second or had you thought long and hard about it?
,,Music has been with me as long as I remember. I have always been busy playing and creating. However non-musical activities are also part of my personality – in my case it is business management. I didn’t decide to resign from being a CEO of one of the biggest transport and logistics companies in Europe in a second. As Chemia was growing I had more and more doubts about working full time in business. I have been more and more engaged in music and the moment we went to Canada to do the mixes I filed my resignation after being a CEO for five years.’’ 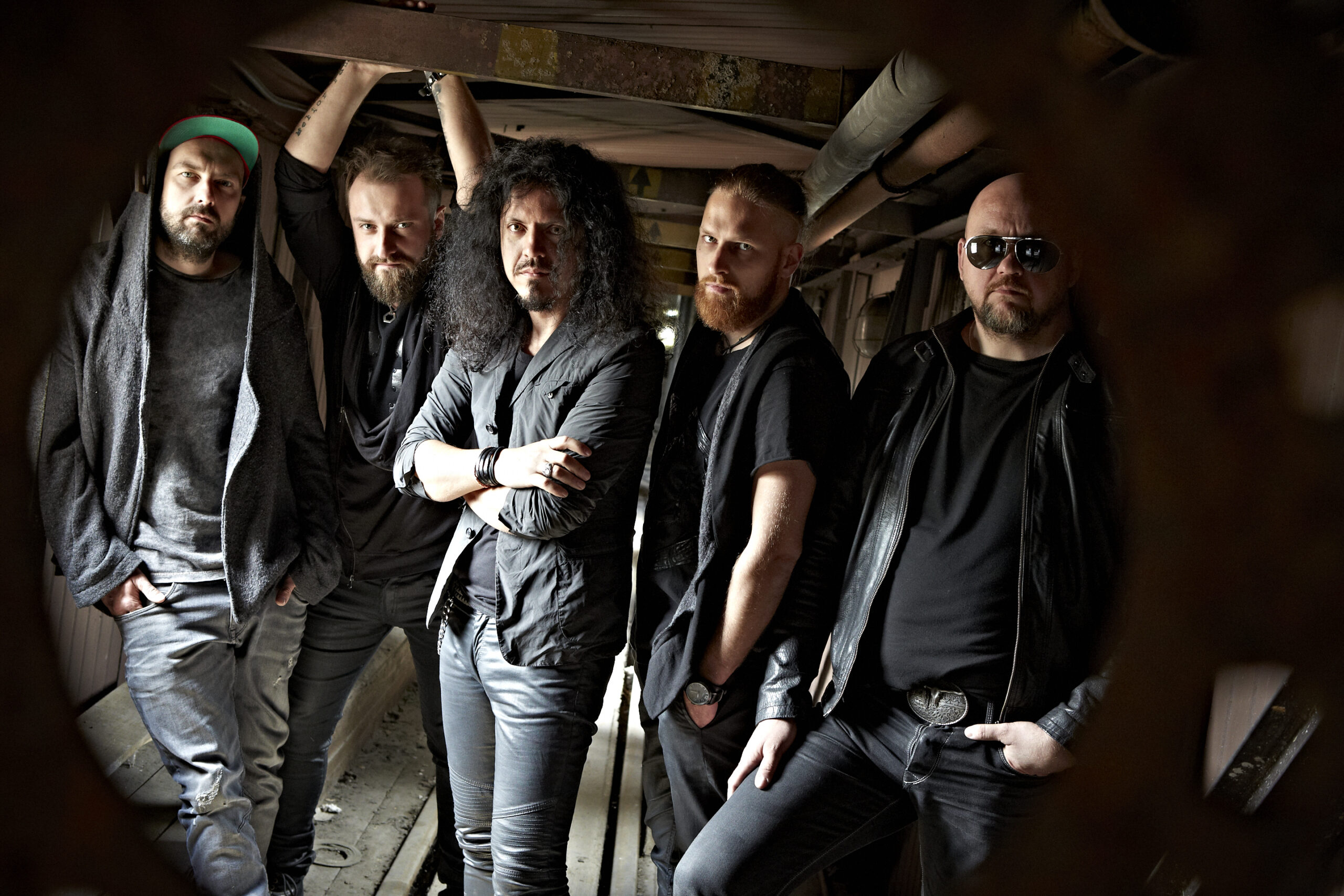 What knowledge and tricks that you have learned in the business world come in handy nowadays with Chemia?
,,In Chemia I am an artist, a creator and a musician. From that perspective my business experience is not really useful. It is also good for the band to be represented by a manager who’s not an artist. That is why we are still looking for a professional music management which would support Chemia in realization of our international plans. Things I learned while working in business that can be very useful now is definitely the time management, professionalism, and some degree of discipline that helps when we are confronted with our rebellious, rock souls.’’ (Laugh)

When you founded Chemia did you have a clear idea about the musical direction you wanted to take it in?
,,Obviously I had my vision about the development of the band; I had my idols and inspirations. However, the final direction was defined by the artistic fusion of all the band member influences. Lukasz Drapala, the singer, has his favourite bands and probably he would like to go more that way. It applies to each of us. But the best thing in creating music is mixing those differences. And thanks to that the band has its own unique style.’’

After the debut album ‘The One Inside’ you were labelled ‘the Polish Nickelback’. Did that bother you?
,,Maybe a bit but it is a kind of a paradox as none of us is really a Nickelback fan (laugh). We respect this band but it is not exactly our kind of music. I understand the need to be labelled – maybe associations with our Canadian activities and recording sessions in Vancouver caused this thinking. Since then the band evolved and that can be heard on ‘Let Me’. Maybe the reason is our approach towards music. We love raw guitar sounds but we also like good melodies which are the base of the good songs.’’

In 2015 you released ‘Let Me’ on which you seemed to have found your own style / identity. Was that your goal with this album?
,,Our aim was to show our music, to present how we sound during concerts. We intentionally minimized the keyboards to be able to have a rawer guitar sound. If we managed to show our own Chemia style, we are more than happy.’’ 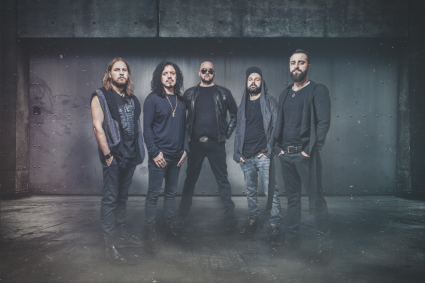 How would you describe the style of Chemia?
,,I have already said quite a lot about that. I have a very ‘specific’ approach towards harmonies, in my riffs I often use elaborate chords played in different variations. Lukasz’s voice is very distinctive which is extremely important in order for the band to have a unique sound. We are being compared to so many different bands in the reviews that it is a clear sign for us that we are not just a copy of an already successful rock group. I would describe our style as a modern interpretation of classic rock with post grunge elements. We don’t play old-school rock but we have a huge respect for the rock tradition. Nevertheless we are mixing those elements in our own way and that is why we are called Chemia which in English means chemistry.’’

There seems to be a hearty connection with Canada (recording/producer). How did that happen?
,,Marc LaFrance, the Canadian musician and producer is my friend. He is also playing drums in Randy Bachman’s band. Marc made us believe that we can do something cool also outside Poland and he shared his contacts with us and got engaged in production of our albums and promotion of Chemia. We are fully aware that it is difficult for a band from Poland to become recognizable, we do not follow the temporary fashions and we are playing our own music but we are happy that we work with Marc and now I can tell you that we have already discussed next recording sessions and we have loads of ideas.’’

What is the ultimate kick of being on stage?
,,Being on the stage is the greatest feeling, it is childhood dreams come true, it is pure music and energy. We couldn’t be happier when we see how our music touches our audience.’’

What do you consider your biggest achievement so far and why?
,,I am proud that our band has evolved and integrated so much. I am proud that we had a chance to play on one stage with stars like Guns’n’ Roses, Deep Purple, The Pretty Reckless or Skindred. I am really happy with ‘Let Me’ however I am already thinking about the next album.’’

What is your biggest fear on stage or are you fearless?
,,I am always stressed. I also hate technical problems which can ruin the best gig. I am really afraid of them but fortunately they happen very rarely.’’

What is the last thing you do before you enter the stage? Is there a ritual?
,,We don’t have any special ritual but I wouldn’t mind a glass of Jack Daniels…’’ (Laugh) 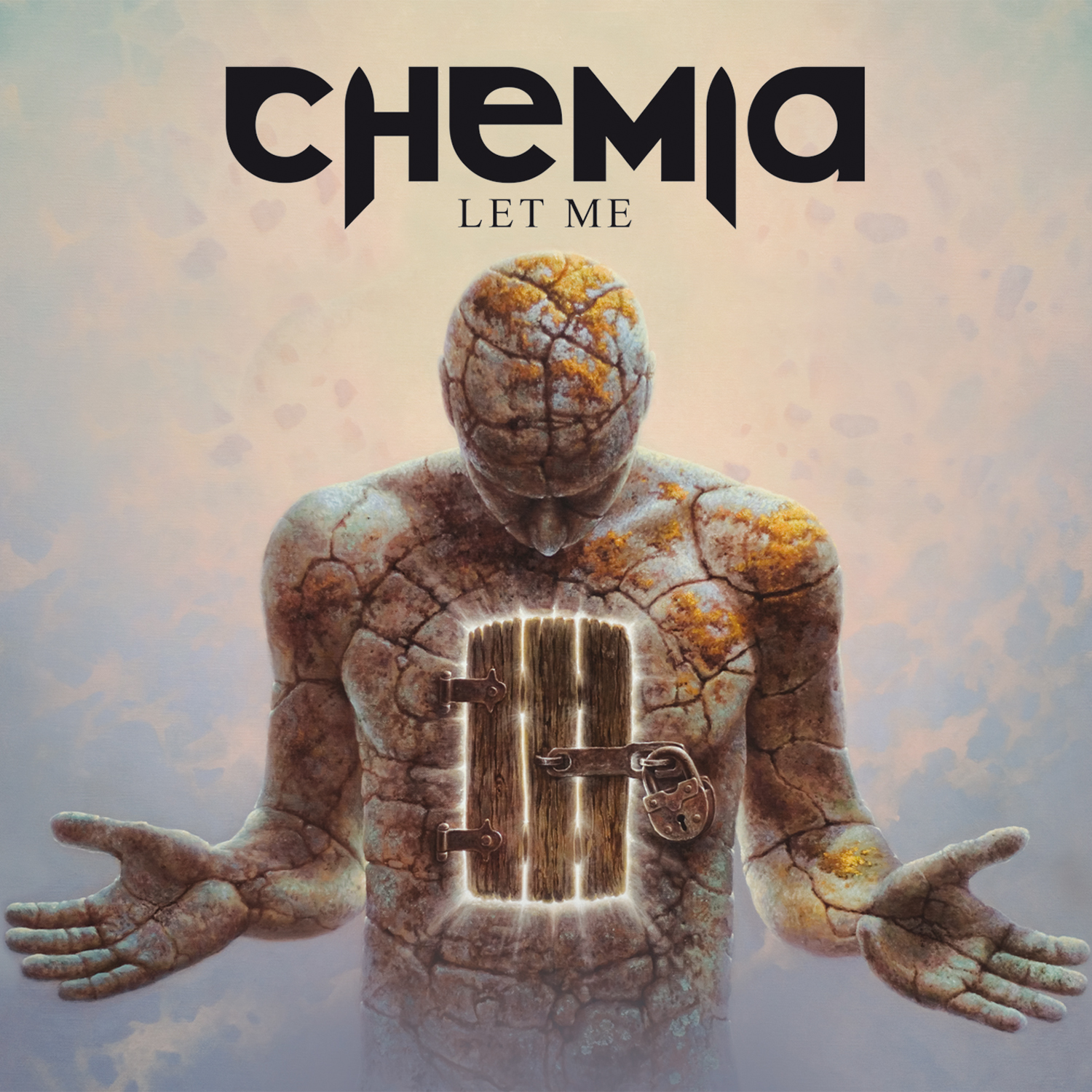 What motivated you to pick up the guitar? Who are your influences/idols?
,,At the beginning I wanted to learn how to play on the bass guitar as I thought it would be easier – only four strings (laugh). During the first lesson my teacher told me that guitarists have more chicks and that is why I changed the instrument. Just kidding… To be honest my love for rock started when I was 9 or 10 years old and great guitarists were my heroes. Of course I was fascinated by the way how they play – Jimmy Page, Jimi Hendrix and then Eddy Van Halen. I also liked the style of The Edge from U2 as a counterpoint for the guitar shredders.’’

Which album is a must have in any record collection? In other words: what is your all-time favourite album?
,,The first four Led Zeppelin albums, everything created by Queen and The Beatles. I have a lot of idols and it is very difficult to point out only one album. I am too big of a rock fan to be able to choose only one.’’

What will be the next step in Chemia’s career?
,,’Let Me’ is available in Europe and North America. We have received a lot of very positive feedback. Last fall we played a European tour with Skindred which turned out to be a big success. We would like our efforts to be noticed and this year we would like to play more concerts outside Poland and record a great new album.’’

Where do you see Chemia five years from now?
,,We would like to keep on evolving as a band and we would like to be noticed. I know that there are plenty of great bands but I deeply believe that Chemia has a lot of great music to give to the world.’’