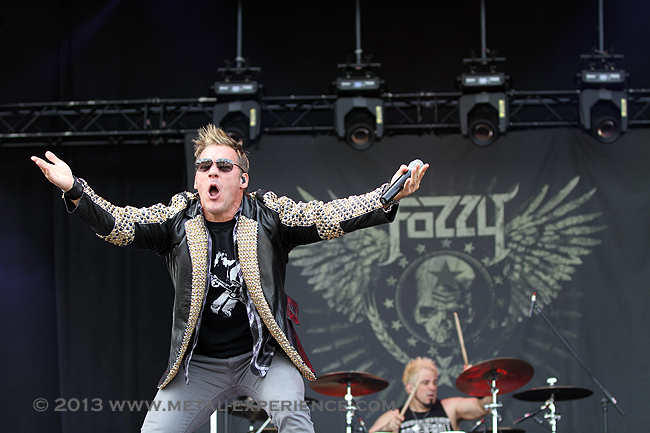 From The Ring To The Stage

Singer Chris Jericho is a famous wrestler from the United States who became the singer of the metal band FOZZY in 1999. With Fozzy he just released his seventh album called ‘Judas’ and it is their most successful one to date. HeadBangers LifeStyle wanted to find out if there are similarities between being a wrestler and being a singer in a band and also what drives him. 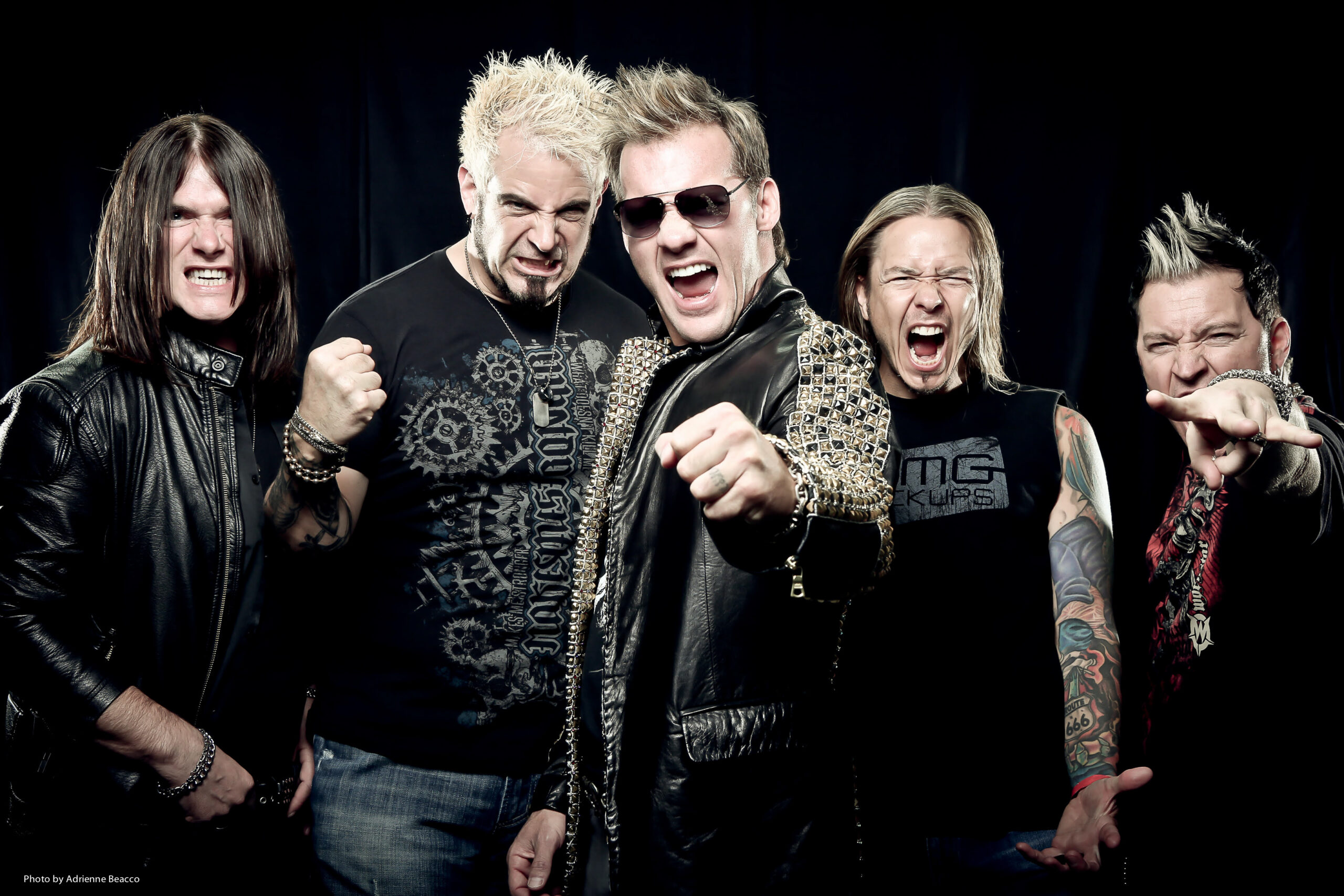 ,,With ‘Judas’ we wanted to make a record that focused on the song and not so much on solos. That’s hard for a rock ‘n’ roll band so that’s why we hired a producer who was completely in charge and had the final say. The focus was much more on choruses, melodies and hooks of a song rather than high screams, solo’s or riffs. All that mattered was the quality of the songs.’’

Has Fozzy finally found its style?
,,We really started to figure out who Fozzy was as a band on the ‘Sin And Bones’ record, and that continued on ‘Do You Wanna Start A War’ which was still heavy but with more sharp-edged arrangements, choruses, stronger melodies and songs that make a lasting impression. I think ‘Judas’ has all of the before and more.’’

‘Judas’ is Fozzy’s seventh album and already the video for the title song has more than 10 million views on YouTube. That must make you feel proud?
,,That’s unbelievable, it became our signature song and it is taking us to a whole different level. That’s the ‘Judas’ effect.’’ Can you compare the mentality of a wrestler with that of a musician?
,,I can only tell you about my mentality and that is that we all come from the same place. It’s all about entertaining the live audience, there is nothing that replaces that situation. The energy, the instant gratification, people like it or they don’t like it. If you connect with the audience you always have a good show, it doesn’t matter if technically it is maybe not the best show but if the crowd is having a great time that’s all that matters.’’

Musicians, like sports people are very competitive, always aiming for the highest. So in that sense it is comparable.
,,I think everybody who is a professional, especially in show business, is competitive. For me, I am always competing with myself, I don’t worry about what anybody else is doing. With Fozzy, we don’t worry about the trends, we just do what we think is the best possible thing for Fozzy. That’s also why we have the diversity with Fozzy albums, we appreciate David Bowie, U2, The Beatles, Led Zeppelin, Guns ‘N’Roses, they tried different things and we like that too. To progress as a band, gaining new fans and to keep the old ones interested in guessing what we would do next.’’

In a band you are a team player, as a wrestler you’re more of an individual. Did you need to adapt?
,,Yeah but in my case there is always the character, the frontman, the rock star, David Lee Roth, Bruce Dickinson. These are the guys I model my style as a frontman after and yes you need a great band behind you, that’s the most important thing. The energy of the band is so important, but you also have to be larger than life. I don’t go to rock shows to see guys that blend in; I go to rock shows to see rock stars. A guy like Bono is the personification of a rock star, so are David Lee Roth, and Bruce Dickinson and I really model myself after them. Stage wear, what you say and don’t say in between songs, how you sing them, it’s all important in the presentation. Give people a show that stands out, you don’t wanna be like anybody else when you are on stage.’’

Is that also one of the things you brought with you from the wrestling world?
,,Both are aggressive styles of entertainment, energetic and most important connecting with the audience and making sure they have a great time. It is very similar for me when I’m doing either one of them.’’ 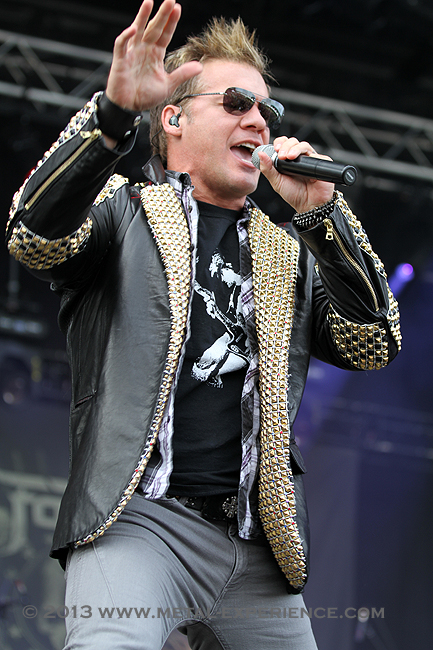 What is the best thing of being a member of Fozzy?
,,Be able to tell the world we are fans too and have the chance to do what we all dreamt about as a kid. I love the fact that we play sold out shows, that I am able to do what I like to do, and am doing so since the last 20 or so years. I wanted to be in a rock ‘n’ roll band, and wanted to be a wrestler since I was a kid. Everyone said it couldn’t be done, and boy, were they wrong. I didn’t give a shit about what people thought, I realized very early on that I could make it happen, who cares if others didn’t believe it. Now I am doing both on a very high level and it’s a very cool place to be.’’

Are there any rituals you use before a wrestling match that you also use before a Fozzy show?
,,Not really, you get into your ring or stage wear and you just prepare. The idea is to go out there and destroy, that’s basically it. There are not that many rituals for me, it’s just a mindset. And the mindset comes on strong when you got your stage wear on whether those are wrestling clothes or Fozzy clothes and I really believe in that. I don’t like it when people say that they are wearing the same outfit on stage as off stage, I want people to wear something different, their battle armour so to speak. For me that differentiates you from the person that you are backstage. And you can say ,,but AC/DC doesn’t do that’’. Bullshit, Angus puts on his school uniform, Brian puts his cap on, and I like that. I like that larger than life characters because that to me is what’s rock ‘n’ roll is all about.’’

Is there a difference between Chris Jericho off stage and Chris Jericho on stage?
,,Well, Chris Irvine is my real name and that’s who you’re talking to right now and obviously I know how to promote my band and know what I want to say, but on stage that’s a different story. That’s the guy who would jump off stuff or would climb a lightning rig at 40 ft. in the air like I did with Fozzy at Download. I do whatever I feel. There has to be some transformation from the guy on the street into the guy on stage and if you can do that, if you can sell that, if you can make people believe it, they will always have a good time, they will come to your show because they know you will give them something special.’’ 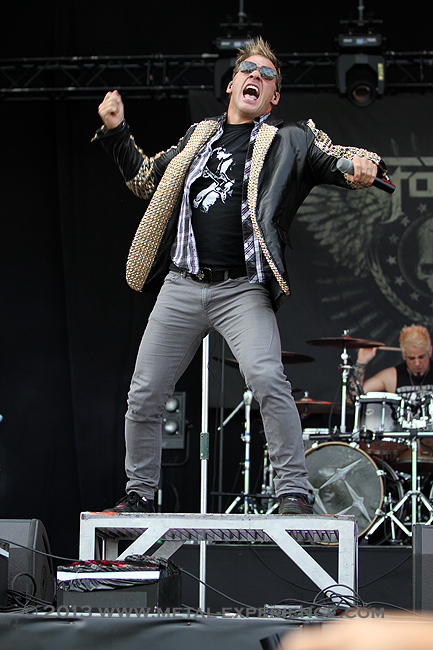 What gives you the energy during a show?
,,That instant gratification, the rush of the crowd, people being excited that you are there, people watching you, all that stuff is really important. People save their money to come to the show, I used to do it, so I know how hard it is to spend money nowadays and how hard it is to have money to buy a t-shirt so I want to be sure people get their money’s worth and live up to their expectations and even more so and give them one of the best nights of their lives so when they leave they are excited and happy about it.’’

What would your advice be to a kid who wants to become a professional musician?
,,Just go for it. Make it happen, don’t let anybody tell you that you can’t do it, show them you’re built for it and go for it.’’

It has been a balancing act for you between Fozzy and the wrestling. Has that changed for you over the years?
,,Nonono, Fozzy is the priority and has been since the  last 10 years.’’ 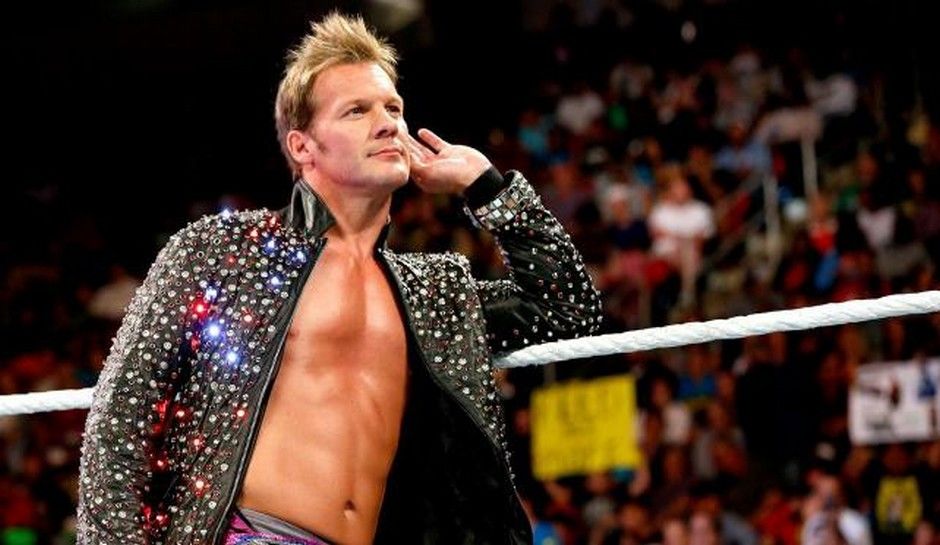 What is Fozzy’s goal?
,,Of course to be the biggest band in the world. If we wouldn’t think that, we shouldn’t do it.
We are excited to be back in Europe. It’s been a while and with all the momentum now from ‘Judas’, it’s just great. We just did the biggest tour we ever had in the States. We are doing the biggest tour in Europe we’ve ever had so it’s an exciting time for us. It’s great to make new fans and play for new fans and say ‘hi’ to the old ones.’’

What do you miss the most when you are on tour?
,,My family. I have 3 kids at home. That’s why we don’t do 6 week tours but mostly 3 weeks. We do 3 weeks in Europe and come back a few months later with Steel Panther. Hey, it’s my job so I don’t complain, I love it.’’
—
Header Photo by Eus Straver/Metal Experience