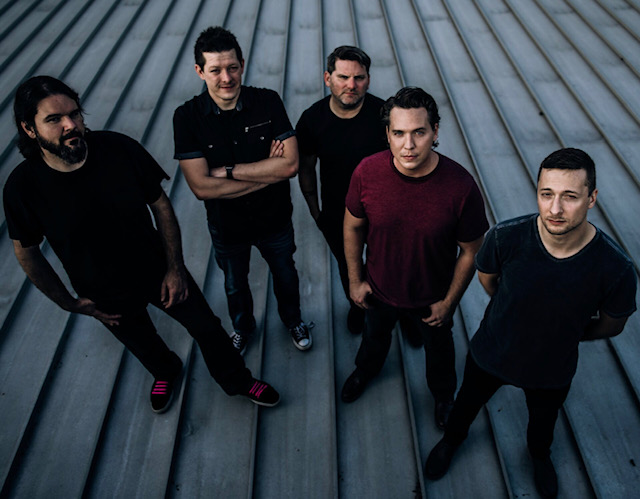 Derek Hatfield [guitar], Brian Hanculak [drums], Andrew Lenthe [Bass], Steve Simbeck [Guitar/Vocals] and Chris Donley [Vocals/Guitar] are five guys from Cleveland who made quite an impression with their band Critic City when joining the HeadBangers LifeStyle Crib. Critic City fires up the scene with edgy, heavy and modern sounding tunes, which also have a strong rock attitude and serve some great catchiness. Both music and vocals are really strong performed and you might be surprised by their interpretation of a few well-known songs. Thought it is not only about receiving and taking for these musicians, but it is also about to give back. HBLS’s Liselotte `Lilo’ Hegt tunes in with guitarist Derek Hatfield to find out more about the story of Critic City. 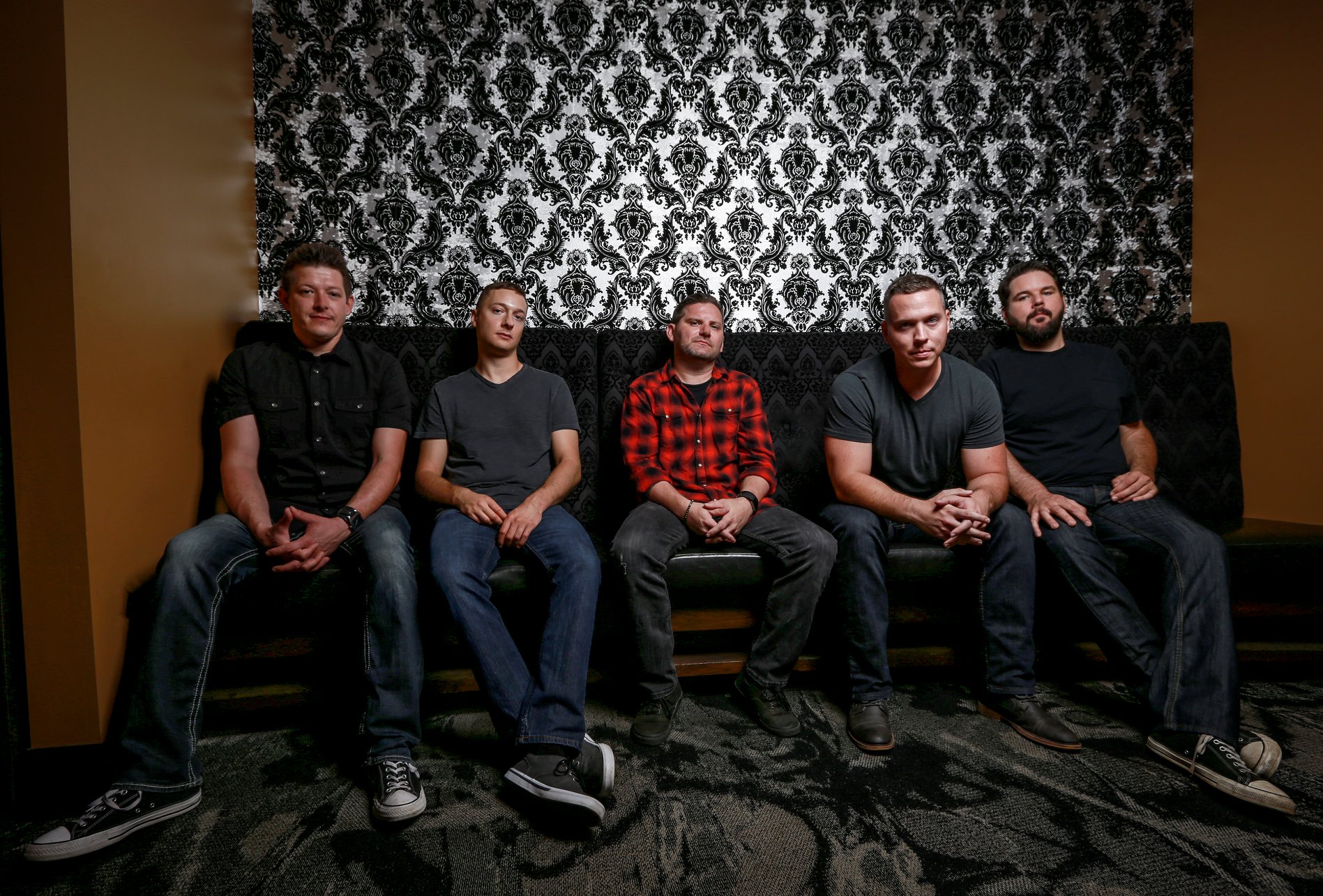 What sparked you to form Critic City and what musical adventure did you have in mind?
,,We were actually already in a band prior to Critic City. We went by Via The Sun for roughly seven years but after life took us away from regularly contributing to the band, we decided once we got back to finding time for music to rebrand and created Critic City with bringing in a new bassist. We officially released our first EP `Four Chambers or Six’ in January of 2019 and haven’t looked back since.’’

What kind of a band has Critic City become?
,,Critic City is still a bunch of friends that get together to write, perform, and hang out. We’ve all known each other for such a long time that it’s kind of like family. We don’t necessarily talk every day but we’re comfortable with who we are and what we do.’’

,,Making a positive impact in peoples lives has always been something we want.’’- Derek Hatfield

Is Critic City a Do It Yourself band?
,,Absolutely! Everything we do is “Do It Yourself” in that we write, record, mix, and master all our material. We create the content for our music videos and with the help of close friends make the music videos. We often put on the shows ourselves as well with little help from any outside sources. It can be a little tiring but we’re proud of what we’ve created and can create.’’ 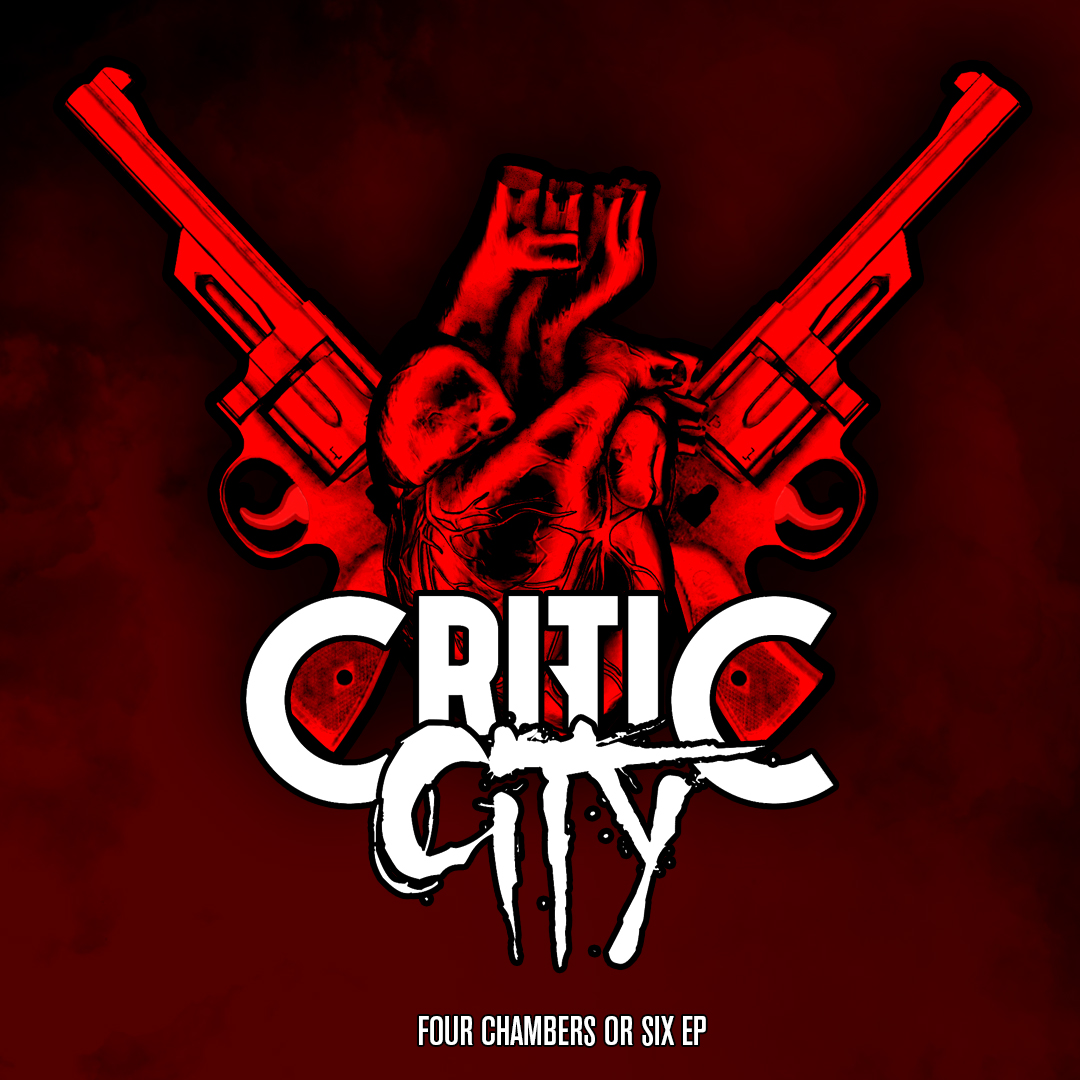 What do you want to achieve with Critic City and how far will you go for success?
,,Making a positive impact in peoples lives has always been something we want.  With every show we organize, we try to donate to a charity with it. Also, who doesn’t dream of being a “rock star” but we’re also aware that rock music doesn’t have the same pull it had prior to the late 2000’s. It’s a tough landscape these days but if we’re lucky enough to catch on, we’ll go as far as the people allow us to go.’’

,,It’s entertaining to go back on songs written 1-3 years ago and remember where you were in your head at that time and where you are now.’’- Derek Hatfield

How would you define the sound of Critic City and in what way does the band stand out in your opinion?
,,This is tough! We’ve heard so many examples of our sound that both make sense and don’t to us. We all have so many different influences but when it comes together, I think it’s something different within the rock genre to offer. In that we’re a bit different from what’s being done today.’’

What do we need to know about the debut EP `Four Chambers Or Six’?
,,That was a lot of writing on our ends over the course of two years that eventually became an EP. Originally, we were going to release a 16 song CD but decided to split it up in the `Four Chambers or Six’ EP and the upcoming `In The Silence There’s A Sound’ EP coming out on November 2nd. It’s entertaining to go back on songs written 1-3 years ago and remember where you were in your head at that time and where you are now. Mostly a good memory but some a little difficult.’’ 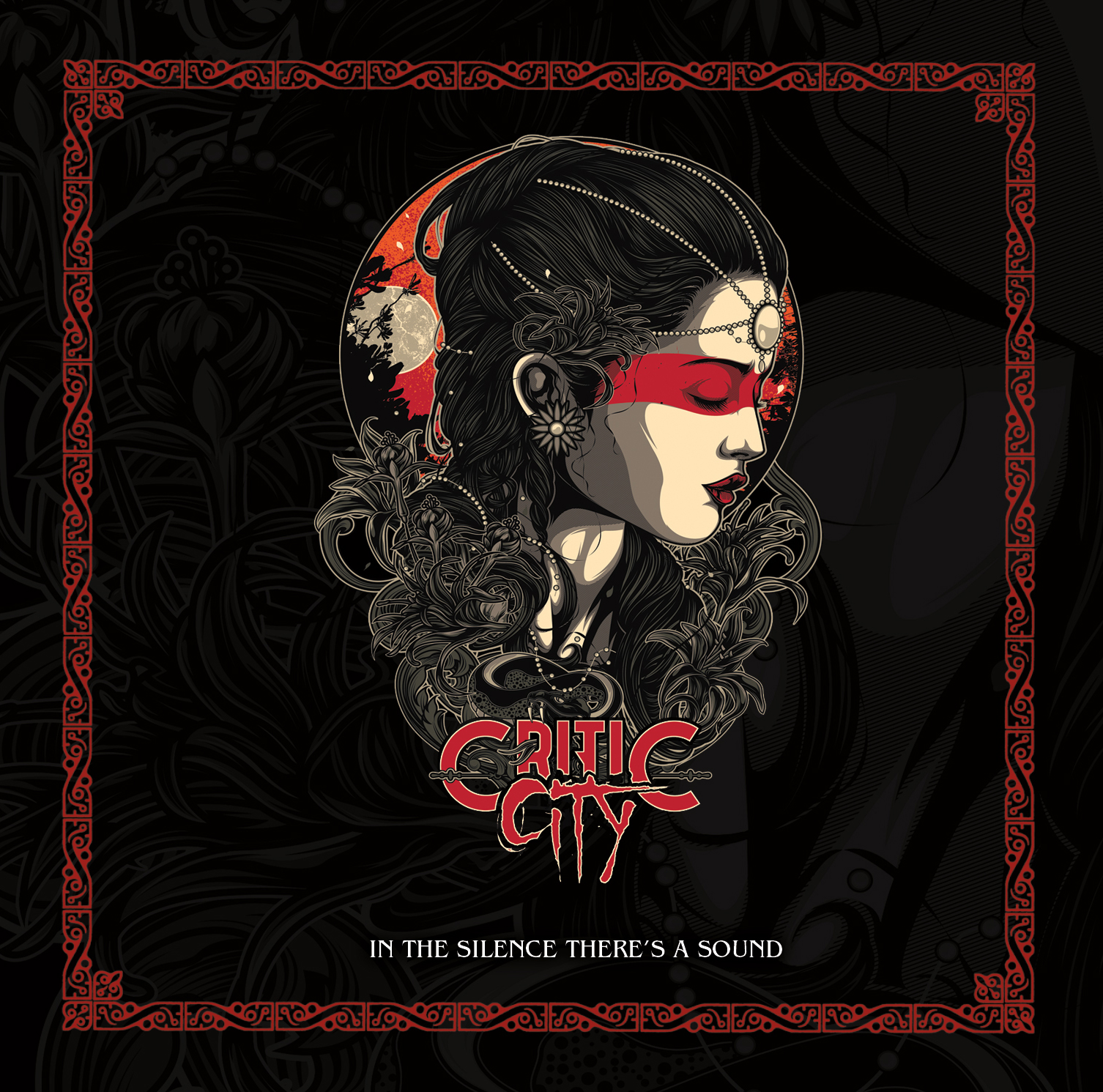 Why doing a cover of ,,Bad Guy’’ by Billie Eilish and release it as a single?
,,We wanted to do something that was recently popular and put our “Critic City” spin on it. After we released it, we decided to mimic the video Billie Eilish did as closely as we could so we shot it on a Saturday and by the following Friday we had edited the video for release.’’

You also covered ,,Living On The Edge’’ by Aerosmith. Why and what kind of a version did you made out of it?
,,That particular song always stood out to a couple members of the band and it was originally a joke to cover it but once Steve got his hands on it, it kind of just came together. We wanted something a little more aggressive and straightforward because no one can mimic Steven Tyler. People seem to have enjoyed it live when we’ve played it.’’

There is also ,,Into You’’ by Ariana Grande on the menu. I would say this is also an unexpected choice.
,,Ha. Yes, this was a fun option we went with after polling a few people close to us. Part of it was about the challenge of covering a pop song like ,,Into You” as well as doing something people that wouldn’t normally listen to you would possibly get into. Again, being in a rock band is difficult nowadays so if you can find a way to draw an audience that typically wouldn’t listen, why not? Anytime we play this live, we can see people start moving more which is usually the girlfriends that got dragged to a rock show by their boyfriend. Lol.’’ 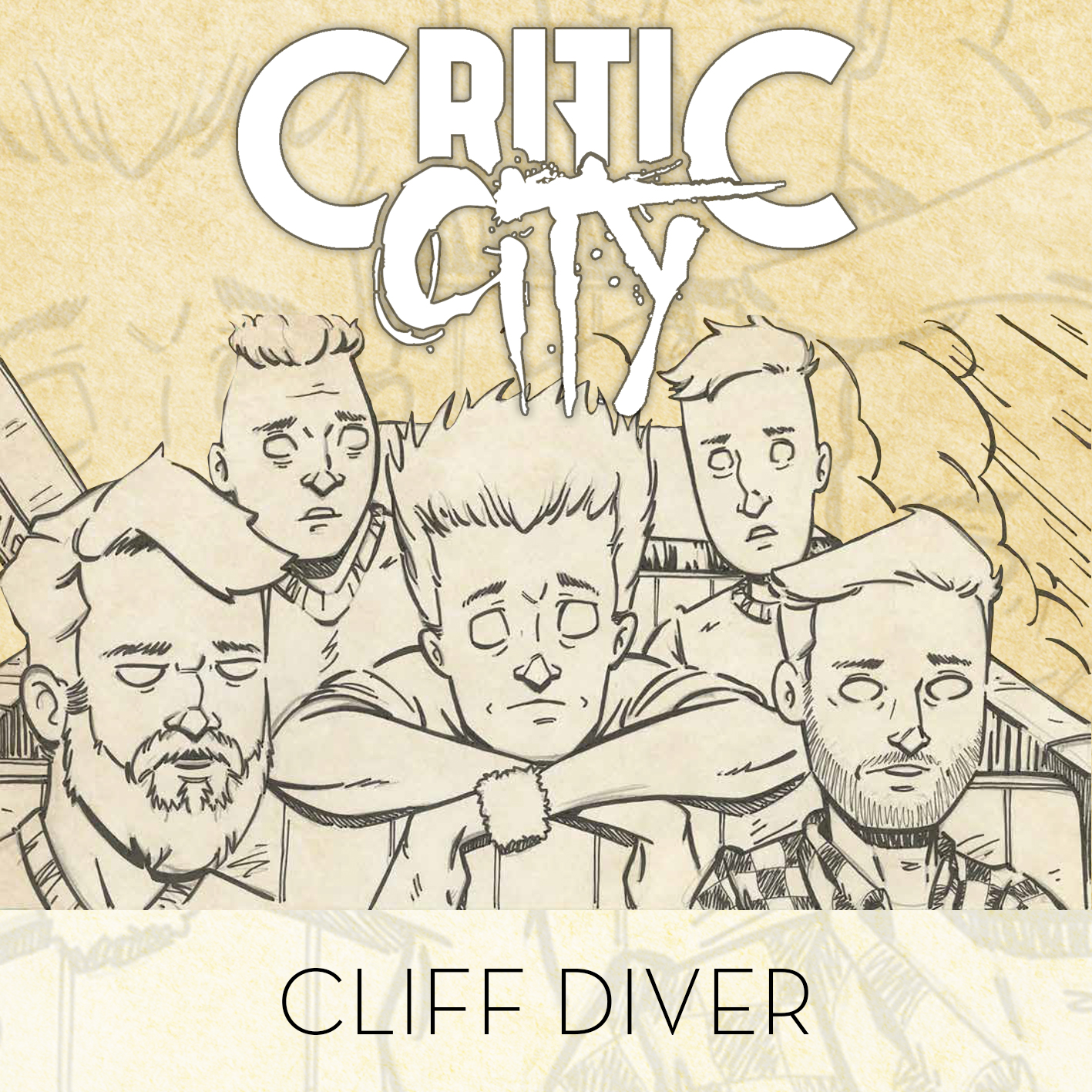 ,,The holidays can be tough on so many families and those that are homeless.’’– Derek Hatfield

The release party on 2nd November will not only be about your music but also about charity. Can you tell us more about that?
,,Yes! We’re big on giving back to our communities. Music is just another avenue to try and make that impact. Previous shows have been about donating to St. Judes. Our show on November 2nd will be about supporting the Greater Cleveland Food Bank. The holidays can be tough on so many families and those that are homeless. We’re asking anyone that comes to our show to bring with them a non-perishable food item. In return, those people will be put into drawing to win gift baskets or a 50/50 raffle.’’

What can people expect from a Critic City live show?
,,Energy! Passion! We don’t play shows very often so when we do, we put everything we have into the performance. A tight show that is aggressive and hopefully 45min to an hour of an escape for everyone there with us.’’ 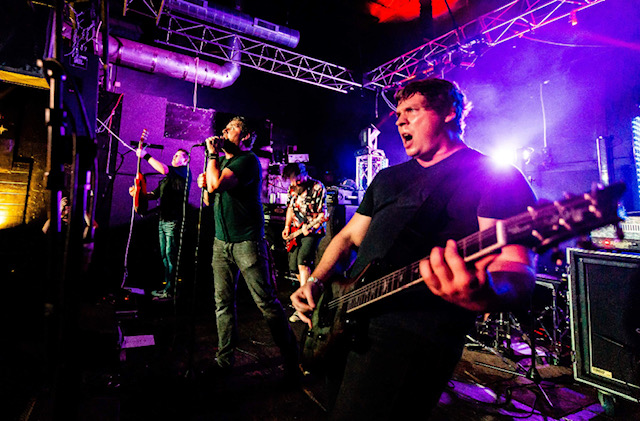 How important is social media and Internet for the band and how do you use it?
,,These days it’s incredible crucial and something we are still trying to fully grasp utilizing. The Cleveland market in general is shocking hard to break out of given it’s the home of the Rock Hall. Using the Internet to reach audience that wouldn’t even know you exist is a must as touring the world isn’t something easily attainable.’’

,,We’re just trying to have fun with something we’re lucky enough to be able to do.’’– Derek Hatfield

What is the band’s motto?
,,“Eh… good enough.” LOL. We jokingly say it all the time when we’re doing things.  Probably not the best motto but I suppose we’ve never put much thought into that. We are who we are and we present ourselves as such. We’re just trying to have fun with something we’re lucky enough to be able to do.’’

Are there more specific plans for the rest of this year?
,,Keep creating content and releasing it. Like I mentioned, we have our show on November 2nd that we’re excited for and likely another in December coming up.  Winter can be a tough time in these cold cities so hitting our recording studio, making a few more videos, and preparing for releasing another EP in the spring it likely in the work. If we’re lucky enough to have some opportunities come our way, we will jump on them.’’
—
Critic City HBLS BandPage here
Critic City Facebook here
Critic City Website here

All photos provided by Critic City