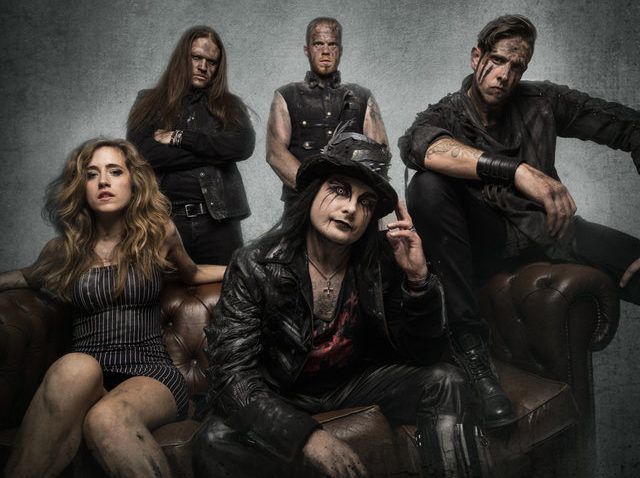 Not just another vanity project

Devilment released ‘The Great And Secret Show’ in 2014 and started building a name. Now the band just released their second album which is called ‘II: The Mephisto Waltzes’. Main creator and singer Dani Filth spoke with HeadBangers LifeStyle recently about Devilment, his plans with the band and what he can do here what he can’t do in Cradle Of Filth. 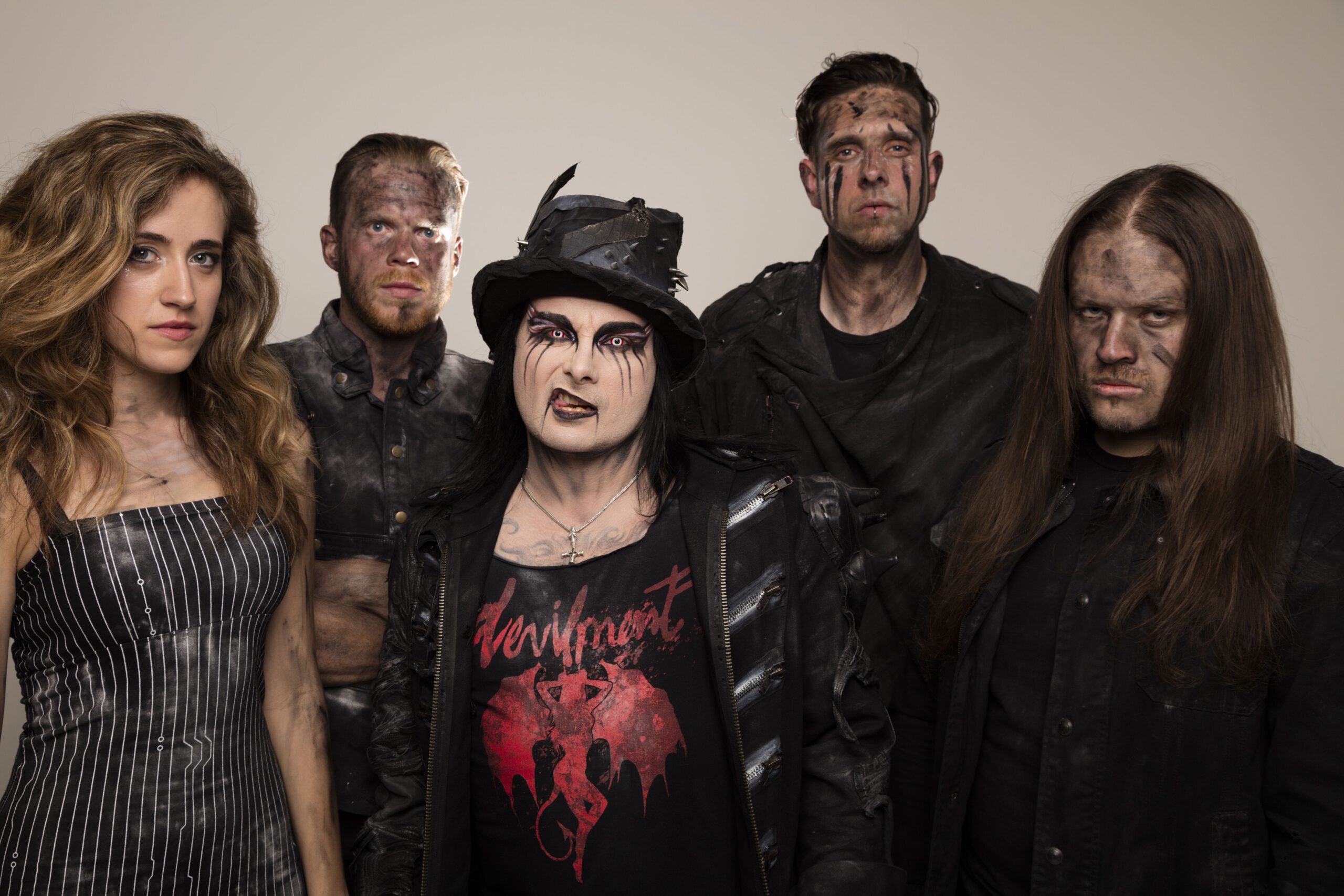 Dani, two years ago Devilment released ‘The Great And Secret Show’, was that album meant to test the waters?
,,No, that was our first album. Hence the subtitle ‘Devilment II’ for the new album. That takes everything away of looking like a vanity project, a side project. When we started that might have been the intention but we worked hard and Devilment II is beyond a project now, it is a real band. We made a second album, the record company has faith in it and it became a strong album. We looked at the previous album, looked where the strength and weaknesses were and brought the strengths over and built on those. The female vocals became more important, the production is better, we paid more attention to the songs, the obvious things.’’

What is the difference in the writing process between Devilment and Cradle Of Filth?
,,With Devilment we all live within 15 miles of each other in Ipswich so that makes getting together easy. With Cradle we have a Canadian keyboardist, people from the Czech Republic, from all over the place. Cradle songs are written and recorded in the Czech Republic. We have a rehearsal studio which is cheaper so it makes sense. Everybody got a legacy in Cradle Of Filth and the musicians involved built on that legacy.’’

Are there things you can do with Devilment that you can’t do with Cradle?
,,With Cradle, because of the history and longevity of the band, people would probably be very surprised when we do an album about space invaders because it just isn’t Cradle, is it…but with Devilment we could do that. When I was asked what’s the difference lyrically I said Cradle you could liken it to Baudelaire, Shelley or Byron, not that I am as good as them but in that era, that essence, where Devilment would be something like Roald Dahl or Sylvia Plath. Way more modern, a little bit surreal, dark but a bit more playful. Hence the name ‘Devilment’. It’s not Devilment with loads of upside down crosses and bleeding corpses. Irony and wicked streaks comes along with it. It’s not about sacrificing rams etcetera.’’

With Cradle you released ‘Hammer Of The Witches’ last year, now this year Devilment with ‘II: The Mephisto Waltzes’ and working on the new Cradle. That is a busy schedule.
,,It’s all about good planning, it might fall flat on the face soon but the new Cradle album is planned for next September followed by a full world tour. It’s taken a while but the Devilment stuff is really good and we worked very hard on it. It’s just a case of everybody doing their job at the right time and to fit it in with Devilment. It’s a case of managing them and not sleeping at all.’’ 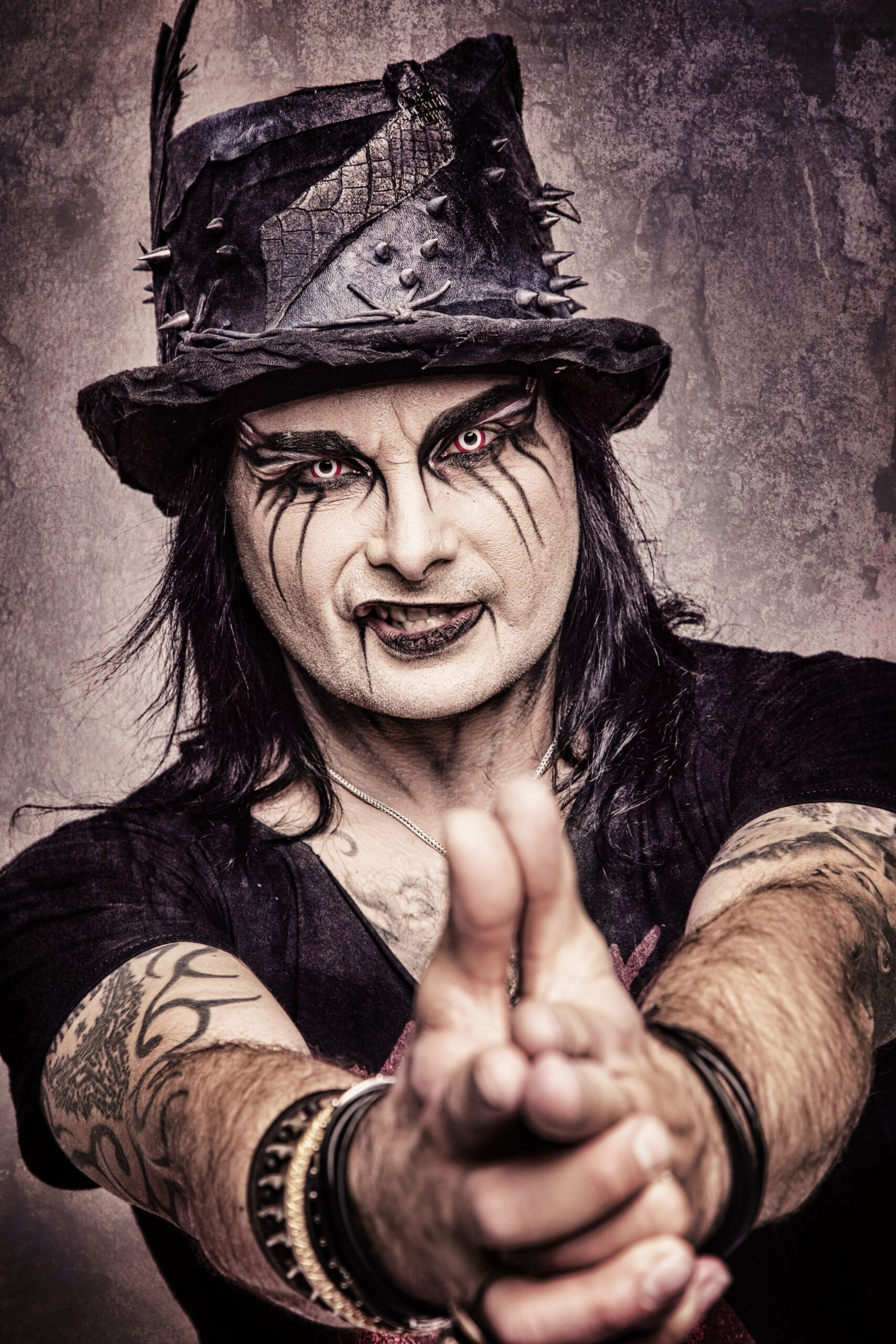 Compared with the last Devilment album you lost a guitarist and a drummer.
,,We didn’t lose a guitarist. He decided he didn’t want to be in the band anymore and once he left, he decided to tell everyone he was thrown out. There’s mischief there anyway. That is one of the reasons we call it now Devilment II. There has been no disintegration without the supposed backbone, and I was a founding member as well, no matter what anybody says. When I joined the band there where two riffs, that doesn’t constitute a band you know. Haha, if that was the case I had about eighty bands in my computer. But anyway, the drummer was a different matter because Aaron Boast had other priorities, he still is a close friend and he found us Matt Alston who is incredible and the backbone of this record. We recorded the album as a five piece because it was pointless to bring in somebody extra because we had already written the album. Scott Atkins is a bit like a sixth member anyway because he put his heart and soul into the record. We ended up with eleven very strong songs.’’

When you start writing is it always from scratch?
,,No, I always have a notebook with ideas that I can use. After finishing the mix of the Devilment album I went to the Czech Republic for a week and it seemed like the biggest mountain I had to climb. Just finished one album and suddenly there is so much material floating around for Cradle it’s overwhelming, but now the songs are coming together structurally and that is a comfortable place to be. In the studio I’m constantly re-adjusting bits and pieces lyrically, it’s all work in progress.’’

Two years ago with ‘The  Great And Secret Show’ you still had the element of surprise, now people know or at least have heard of Devilment. Does that require a different mindset?
,,For me, it is a little more ordered. On the album you find all kinds of different material but it all sounds like Devilment, whether a song has punk influences, or thrash and got a lot of traditional metal in there, industrialism or strange keys, it all sounds like Devilment. For me I have a clear idea of how everything sounds, touch wood, the order would stay there. It could easily fall apart, Cradle could do a world tour and Devilment could suffer from that. It was never an experiment it was a foot forward.’’

Are you a victim of your own success now?
,,Well, I haven’t bought my second luxury yacht if that’s what you’re talking about nor have I checked into rehab recently. I would be a total victim of my own stupidity if I would do a second band and people weren’t interested in it and I’m still working very hard on it. It’s good to work hard on something that has the modicum of success and the record company is really behind this record. I thought they would be like: okay we’ll put it out but won’t make much of an effort because we know you’ve got your mother ship, your day job and we don’t want to interfere with that because that makes us more money; but they have been very cool, very involved. I found the time to write the album and release it. I have amazing people around me in both bands.’’ 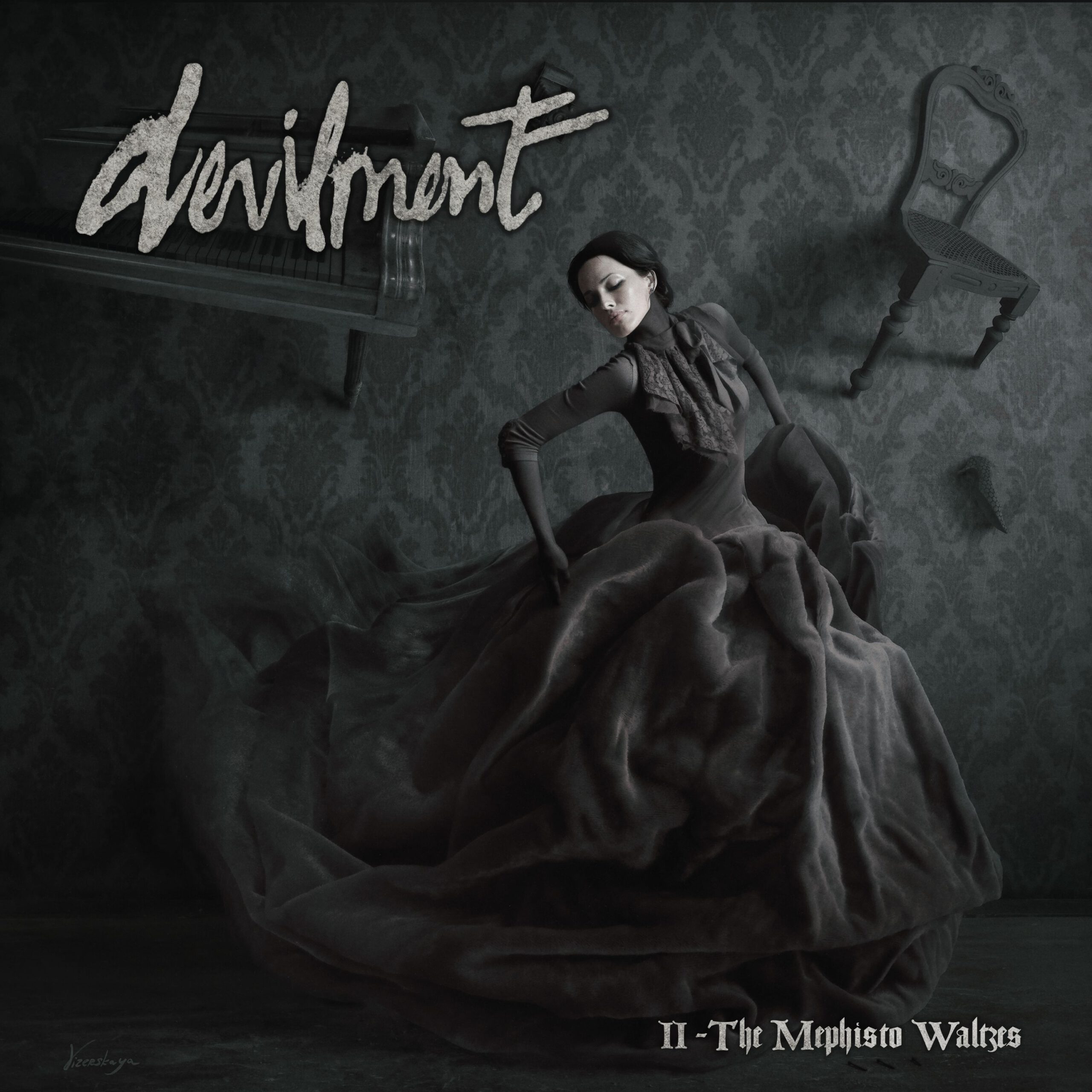 Did ‘The Mephisto Waltzes’ come out the way you had in mind?
,,Not originally, no. It took a long time, we moved things around, some songs we dissected and put back together. The artwork for the album cover was something I wanted to use for ‘The Manticore And Other Horrors’ but internal disputes made that impossible and in the end we went with something I was not overly happy with. I couldn’t believe that the stuff I really loved was still available. Dan Goldsworthy put it together and it all looks fantastic. We had the cover and everything fell into place. It suggested the dance of death by a gothic woman. The album is partly influenced by Liszt’s the Mephisto Waltzes which were influenced by Nikolaus Lenau’s ‘Faust’. It is also an homage to Danzig ‘II Lucifuge’. He was of course in the Misfits and they have a song called ,,Mephisto Waltz’’. There is also an American horror movie with that title; that took its piano work from Franz Liszt. So, the cover, our influences, our interpretations, they are all linked, fused with the act of Devilment.’’
With Cradle Of Filth being your main band, what are the possibilities of touring with Devilment? And I know you are touring in the United Kingdom at the moment.
,,Touring is all like a big jigsaw puzzle obviously. I know I will have time off from Cradle because there is no reason for me to be there when they are recording guitar parts etcetera. Let’s just say that there are plans to tour and that we are willing and able.’’
—
All photos by Lala photography