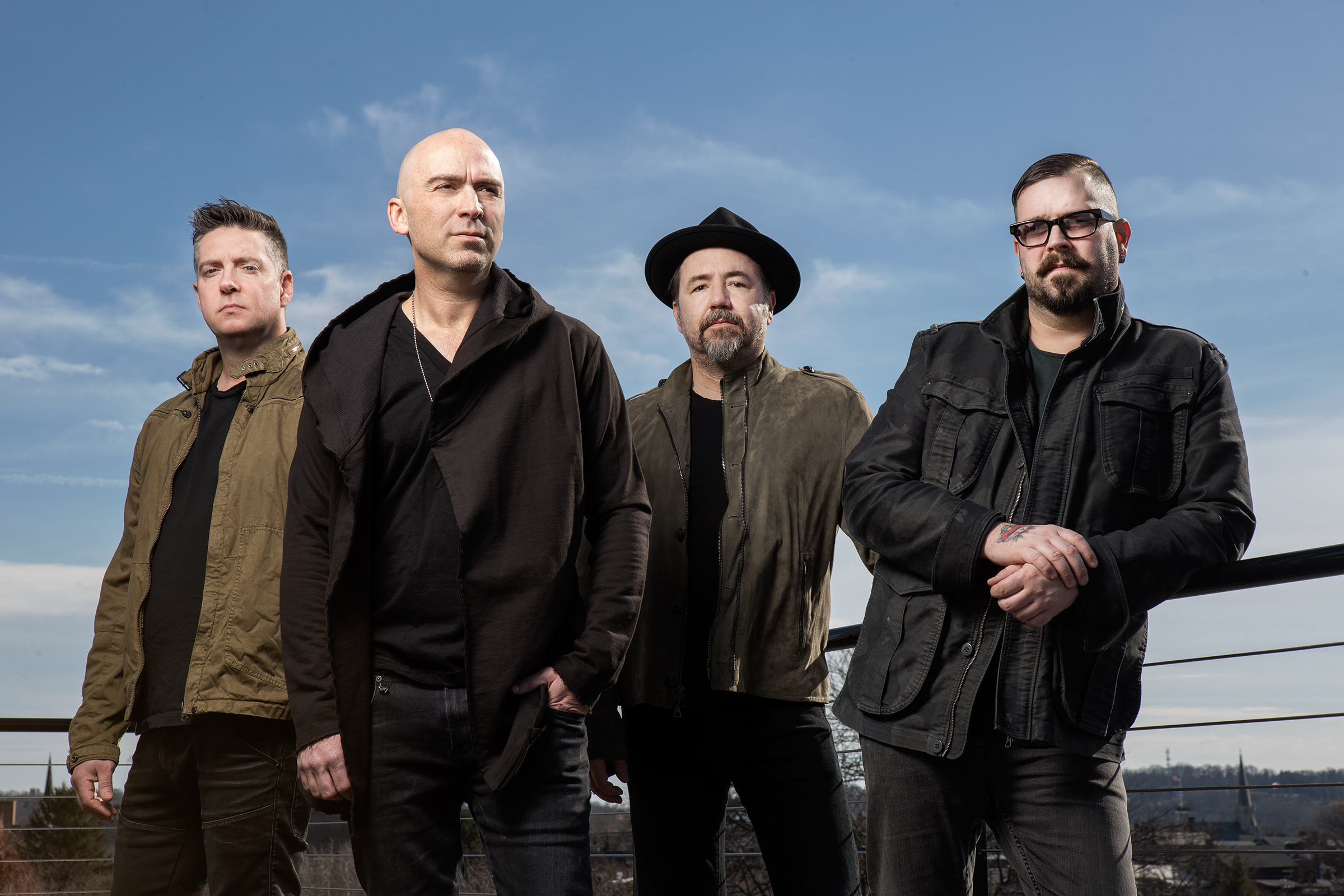 `Our Pinkpop performance in 2000 was one of our finest moments!’

This year marks the 25th anniversary of Live’s debut album `Mental Jewelry’. The band from Pennsylvania have sold over 22 million albums and the original line up [Ed Kowalczyk, Chad Taylor, Patrick Dahlheimer and Chad Gracey] is now back together again doing a worldwide tour. Live is also writing and recording new music and on Pinkpop Festival [NL] I had the opportunity to talk to Ed Kowalczyk [vocals, guitar] about the tour and the new song material. 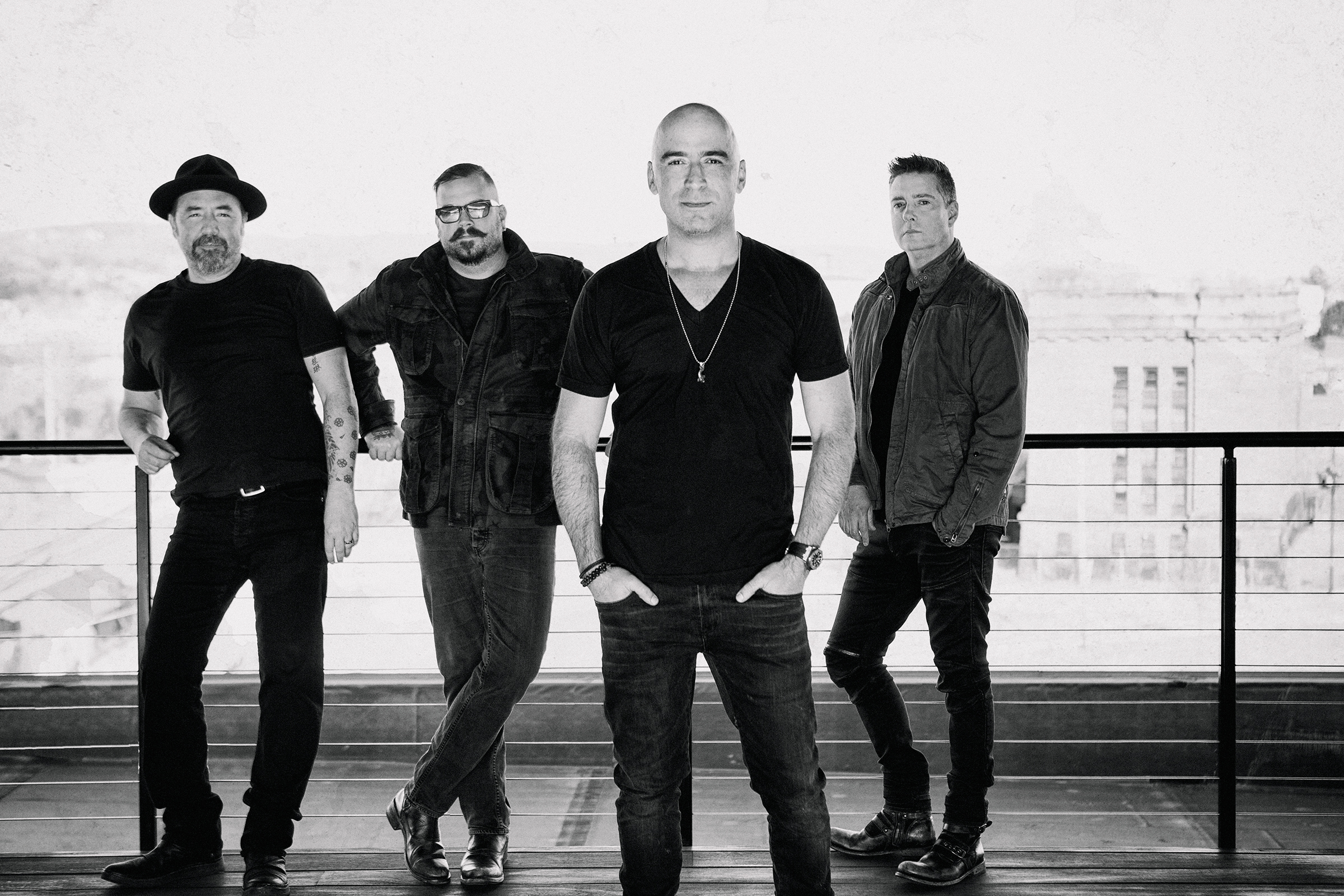 This is your fifth performance at Pinkpop, are there still memories left about the other four gigs here in Landgraaf?
,,You know, it is funny, Chad and I came over in the spring to Europe and they did a montage of different performances and I have to say I forgot my haircut [laughing]. These old gigs brought me back to the different haircut I had back then, while I have this present haircut, which is bold, obviously, for a rather long time now. It helped to see the hair I had then with the performance back then. The first time that we headlined Pinkpop was probably the best; we played with Pearl Jam, which was really cool as I had never seen Pearl Jam in concert before and getting to play right next to them was really great. I am really looking forward to this gig as it is really special because we just got back together again after eight years of you know… Pinkpop was our first offer to come back so, this is perfect, as this is the best opportunity to play for old fans and new fans in the original line up. This is our only gig in Europe this year, so that makes it extra special today. Next year we will be back and do some more gigs; we are only doing festivals right now this year in the USA, about 20 shows, and only a few not festivals shows.”

Have you made up a special “homecoming” set list for today?
,,Well, you know, it is interesting when we play in Holland we look at the songs slightly different in terms of their, you know, importance of the Dutch fans. Take for instance ,,Run To The Water’’, which we do not play typically, but tonight for sure. And we play songs people absolutely want to hear like ,,The Dolphin’s Cry’’, which we play every night. That one is always on the set list.”

`Mental Jewelry’ is 25 years old, so you have been in the music business for quite a while now, could you tell me something about the highs and lows in the career of Live?
,,Oh, man, here we go, there are so many highs and even milestones. We always, I mean, at the top of the list should be how impressive our success in Holland is and has always been. In fact, when I am in other countries, people ask me about that; what is it with you guys and Holland? We always had an amazing relationship with the fans here; we always felt the lyrics here were in some ways even more important to the fans than in the rest of the world. You know, reaching a level of communication like that is unique for us and it has been like that from day one! You know, when you look back, especially after the break we had, the reunion and that sort of thing and at the end of the day the four of us got the feeling that it feels as good as it does and did. Whatever happened, probably for a reason, happened and now we are back. It is what it is and now we are on the road again and the fans are really related and happy, so…” 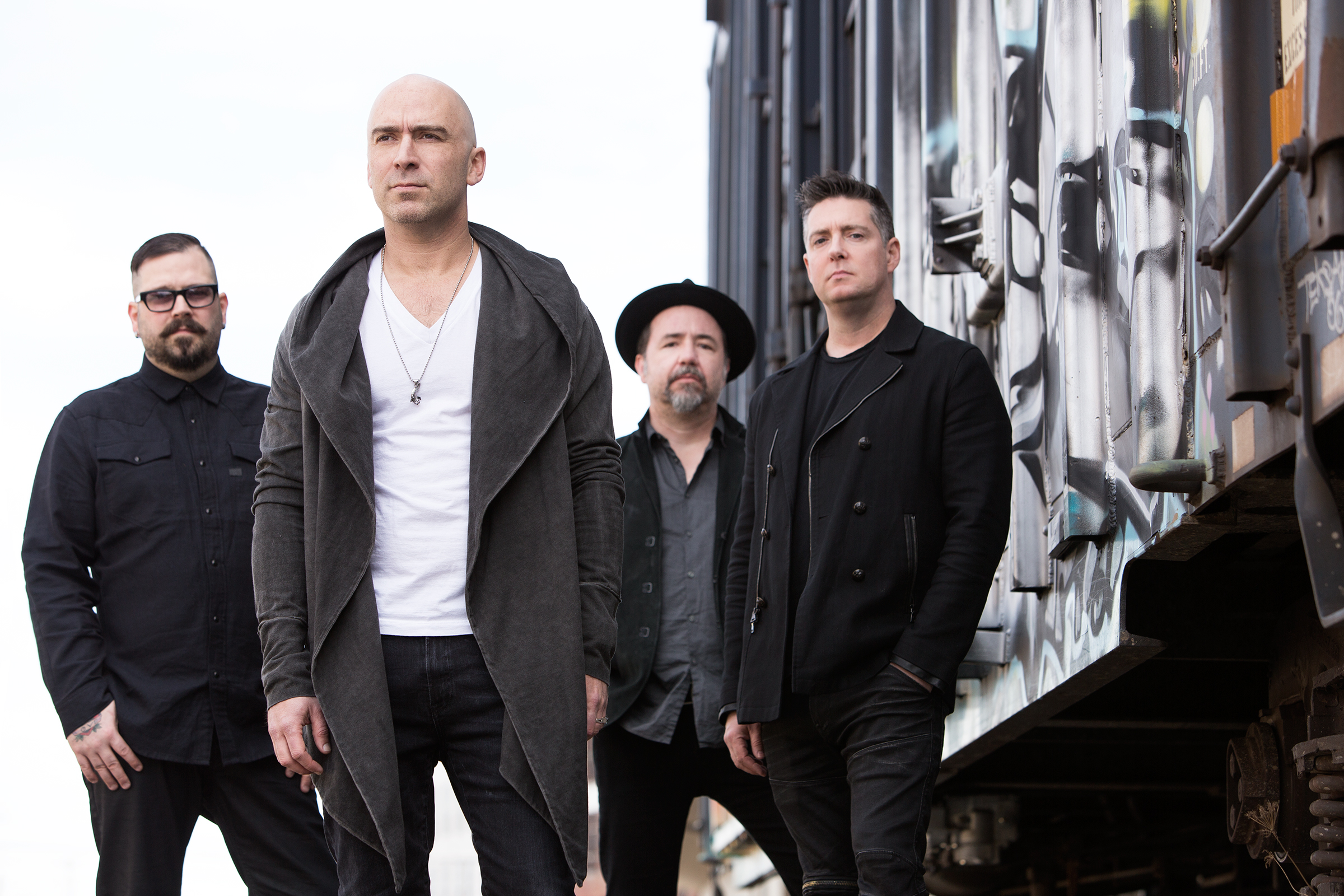 Have you been working on new songs already?
,,Yeah, we have. We already have 5 or 6 new things and we had those songs right away when we were back together. Now we first play lots of festivals to get that certain Live feeling back and then next year we will release a brand new album. We have our own recording studio in Pennsylvania now, so that is very convenient.”

Have you already thought about a producer for the new album?
,,Chad [Taylor, MK] is in charge and he is doing an excellent job, but maybe when all the songs for the new album are recorded we will bring someone in from “outside”, for the finishing touch [laughing]”

Would it be a good idea to release a live DVD?
,,Yeah, man, why not, good one. Maybe we should release a live DVD from the festival shows we are doing right now [laughing]. Or we could make a DVD, which ends the first chapter of the band; the last show was in Paradiso, Amsterdam [NL] by the way, before the break….’’

On 2 June `Secret Samadhi’ (1997) and `The Distance To Here’ (1999) were released as special limited vinyl editions, are there more vinyl releases to follow?
,,The Dutch record label Music On Vinyl also released 500 special coloured; pink of course,  Pinkpop editions of those two albums. Seeing that `Mental Jewelry’ celebrates its 25th anniversary that album will also be released on vinyl. Furthermore I can tell you that we will release a Live live recording from 1992, which has been in the vault for a too long time.., so lots to look forward to for the fans [laughing]. I love vinyl; however I am not a real collector as I just have about 50 albums on vinyl.”

What is your favourite Live album?
,,You know, the nineties, I love the nineties and personally I would have to say that I love `The Distance To Here’ as that one was really great fun recording. It has some great songs, super melodies and amazing lyrics. The second song of the album called ,,The Distance’’ is one of my favourite Live tracks ever. I know that most critics and fans as well prefer `Throwing Copper’, and I love that album as well but for me `The Distance To Here’ is just a tiny bit better… [laughing].”

Your favourite album overall?
,,That’s easy, `The Joshua Tree’ by U2 of course. That was one of the very first albums I ever bought and it is such a milestone in the history of rock music as it has influenced so many bands, even us I think.”

Speaking of musical influences, the 50th anniversary edition of Sgt. Pepper was recently released, did you buy that one?
,,No, I did not. But of course we are also influenced by the Fab Four. The contribution of the Beatles with regards to pop/rock music is huge and really amazing. They “invented” the structure of the modern pop song, so every serious musician is influenced by them; they are the inventors of modern music.”