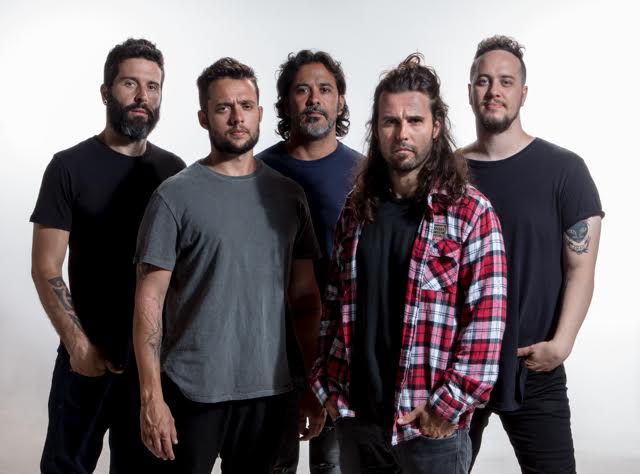 Ego Kill Talent is an energetic rock band from Brazil, formed by ex-band members of Sepultura, Diesel, Reação em Cadeia, Sayowa and Pull Down, that gained great success very fast in their home country, since the formation in 2015. With the release of the EP `Sublimated’ in 2015 and its successor `Still Here’ in 2016, the ball started rolling pretty fast. But it was just a glimpse of what was yet about to come: The recent release of the official debut album `Ego Kill Talent’, a collection of old and brand new songs, produced and mixed by Steve Evetts (The Cure, Sepultura, The Dillinger Escape Plan, Hatebreed, Glassjaw, Sick Of It All, Misfits). An album that has already streamed online more then 5 million times, plus the five piece is ranked by Google as one of the 20 bands that will break through. So, yes the future of Jean Dolabella (drums/guitar), Jonathan Correa (vocals), Raphael Miranda (drums/bass guitar), Theo van der Loo (guitar/bass guitar) en Niper Boaventura (guitar/bass guitar), looks very bright indeed and we are not surprised these guys want to conquer Europe and the rest of the world as well. Recently Ego Kill Talent headed to Europe for a few shows and HeadBangers LifeStyle got a spontaneous moment, backstage at Graspop Metal Meeting (Belgium) to ask a few questions, which are mainly answered by guitarist/bass player Theo van der Loo, while the rest of the band members listen carefully, agree on the answers, nodding their heads and smiling from ear to ear. 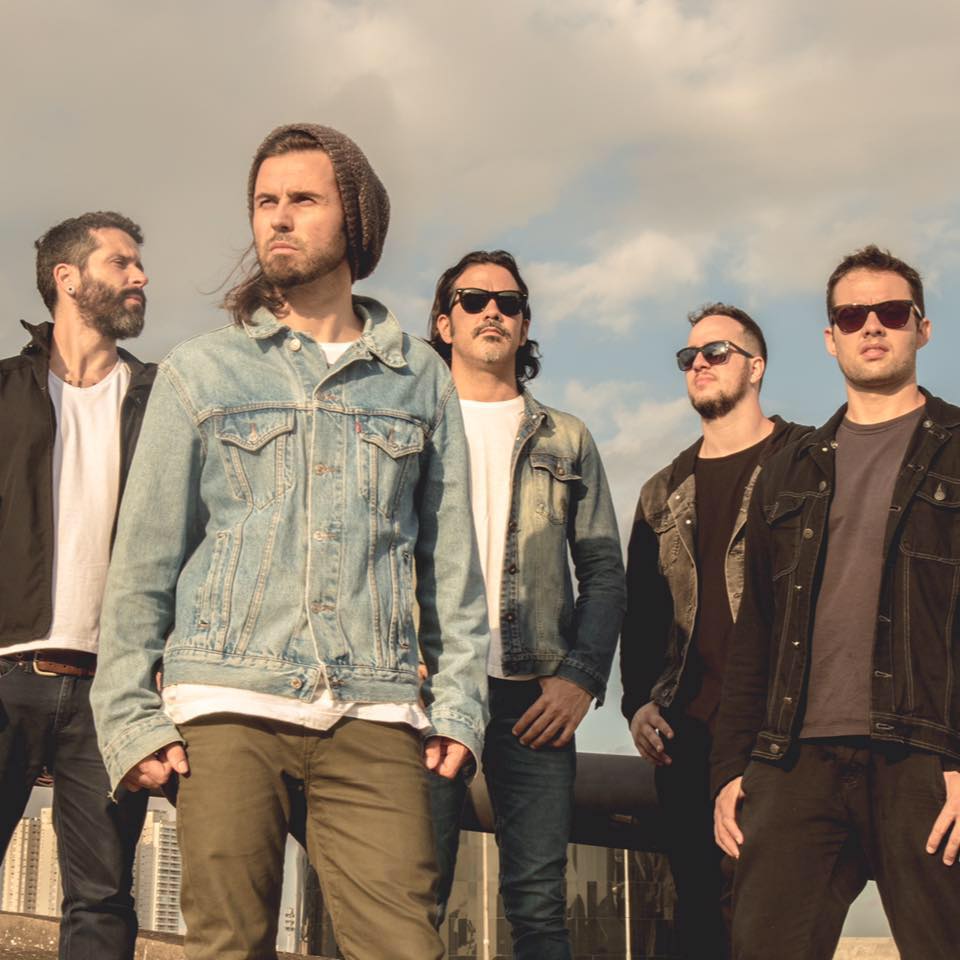 Theo van der Loo sounds very much like a Dutch name, which is unusual for somebody who comes from Brazil. The first question is of course if Theo has relatives in The Netherlands?
,,I have indeed. Actually my dad’s family is from Eindhoven and since I was two years old I spent all my vacations in Eindhoven. I still have uncles and aunts living there, although my grandmother recently passed away. In Brazil my name is very special but in The Netherlands it is a very common name. The Netherlands is like a second home to me. Every time I’m there I feel I don’t want to go back to Brazil, just because I really like it there.’’

Last month Ego Kill Talent played in The Melkweg, one of the most famous venues of The Netherlands. How does Theo recall this gig?
,,It was very special for me, because I always told myself: `I want to play The Melkweg one day’ and now it actually happened. It was very emotional and special. Before that show we played at Download Festival in Paris, but that was a festival and that is different. The show in The Melkweg was actually our first headline show ever in Europe. It was crowded and more people showed up than we expected. It was impressive to see we already had fans in the audience who were singing our lyrics. That felt really good. It was just awesome, we had a great time and after the show a lot of people came to talk and to hang out with us.’’

You’re successful in Brazil, but a lot of people in Europe don’t know the band. Can you describe what kind of a band Ego Kill Talent is?
,,It is always hard to describe that, especially because we put a lot of emotion in our music. Our music is very true to us and it is something we really feel and believe in. We don’t pretend, we don’t fake it, like some other bands do. We just happen to make music but it could also have been a book or a play. It is just a way of expressing ourselves. We believe in what we feel so therefor it is hard to put a label on Ego Kill Talent, but if I have to try, I would say we are just an honest rock band. It is not metal, it is not stoner, it’s just a little bit of everything. There are even some Brazilian musical influences in our music, melody wise.’’ 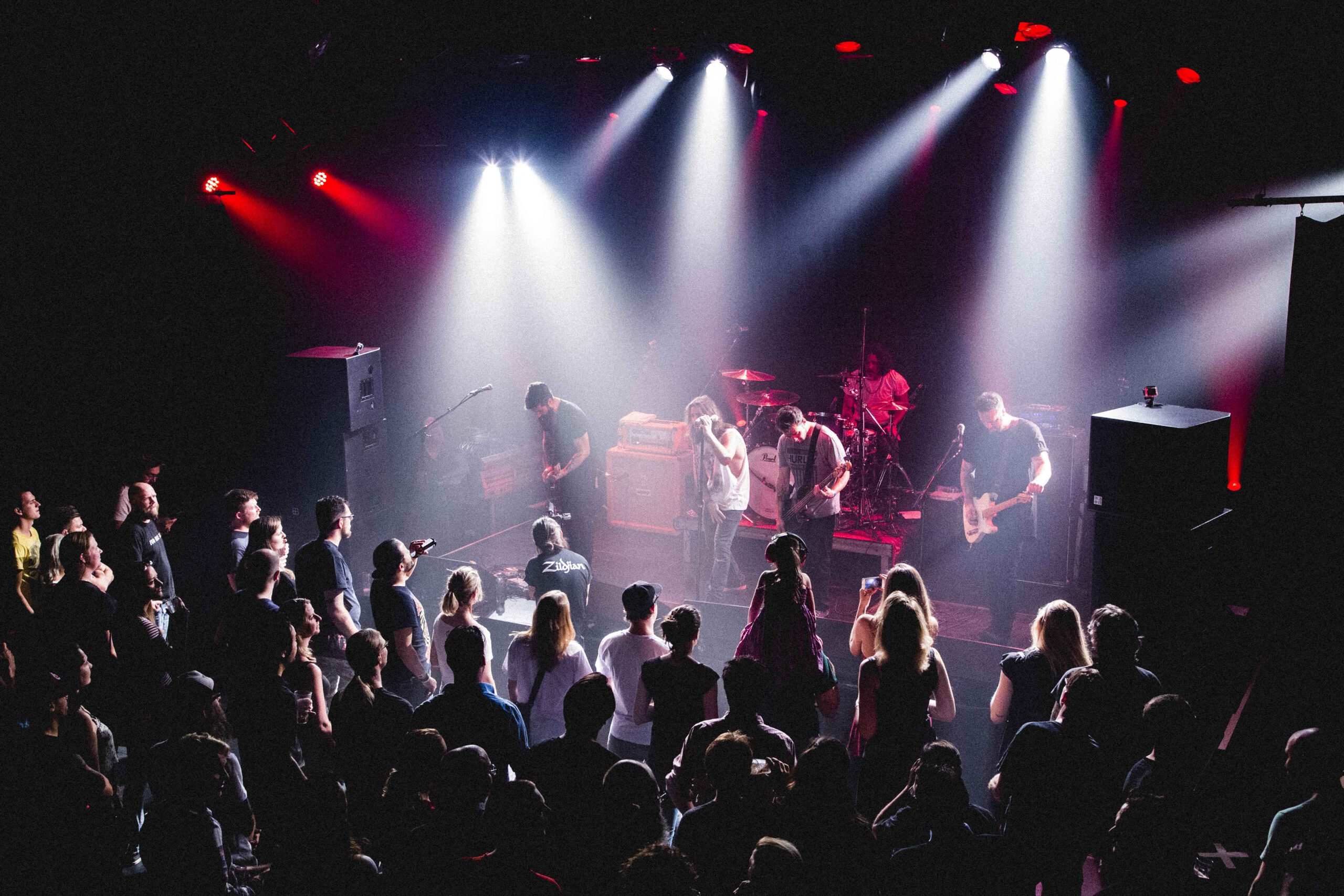 Do you have any idea why the band got so successful in Brazil within two years?
,,I have to say it is happening so fast for us. We have done all the main festivals already and will now play the biggest festivals of Brazil this year, like Rock In Rio, which has a crowd of over 100.000 people. Our music is played on the biggest radio rock stations in Brazil and we are on the biggest TV channels as well. It is hard to say why this happens to us and I don’t want to sound arrogant, but my guess is, the only thing that comes to my mind is, because Ego Kill Talent is a true band. When your music is true you can emotionally touch other people. Also rock music is getting more popular again in Brazil, so I guess this is the right moment for a band like us.’’
Jean Dolabella adds: ,,In Brazil it is very, very hard to make it as a rock band, especially when you sing in English. We probably are the first Brazilian rock band singing in English and played on so many radio stations in Brazil.’’

Is Europe an important market for you now?
,,Absolutely, especially because we sing in English, a language many people can understand in Europe. How we will accomplish that? Ah, just by working very hard. Of course there is a lot of competition but it is the same as in Brazil. You just have to keep playing in what you believe in and be very true to your art and your music. We do what we have to do.’’

Can you make a living out of the band?
,,Yes, since a year we can, so as a band we work fulltime. Making the decision to quit our other jobs and projects was hard in a certain way because you throw yourself into the unknown. In society we all accept the illusion that something as a steady job is more secure than for instance a musical job, but in fact that is not true at all. Everything can fade away in a blink of an eye, just like that [snaps his fingers]. We all had other projects going on in our lives but at one point we all decided to focus a 100 per cent on the band. We believe in it so much and all the feedback we get so far is incredible. People we don’t even know are saying after a show that we will be huge one day.’’ 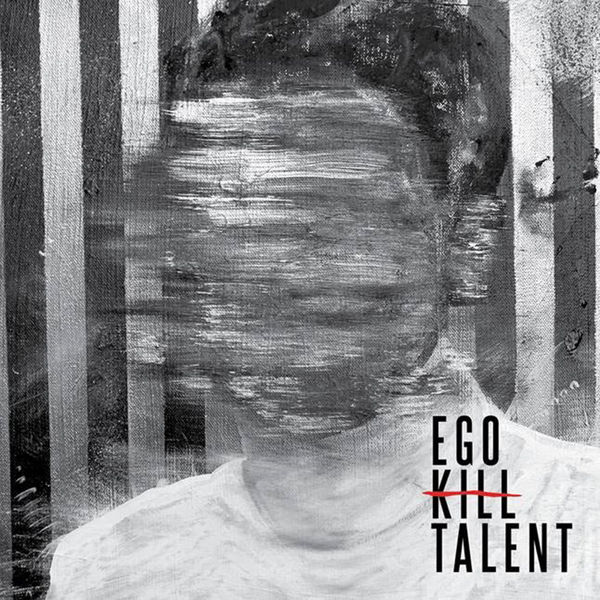 Are major record labels knocking on your door already?
,,We have been talking to a few major labels but so far we think it is better to stay independent for now. Mainly because we have a very good digital distribution for our new album and we also have a good, personal relation ship with digital platforms such as Spotify. We are also a little bit afraid if we sign with a major label we might not be fully in control anymore. For example, just a month before we went to Europe we were approached by a major Brazilian TV station that wanted to use one of our songs in a TV series. Now we could make the decision quickly by ourselves. When a record label is involved it can be tricky and they might take decisions you don’t agree on. Ego Kill Talent is doing good at the moment so we think it is better to work on our own right now. People can also buy the actual CD only online through our website or order it through your local CD store.’’

What drives you as a band and what keeps the motor really running?
,,Funny, we have been talking about that yesterday. It is mainly the relationship we have with each other. We really have fun on stage but also off stage. When we look at each other I feel these are the guys I am doing this with and that feeling is mutual. We respect and trust each other. Of course we all have a certain ego that once in while jumps up like a little monster. We help each other with that and inside you know when you cross the line. If you put that in check and tell you don’t feel connected and feel there is something going on and talk about it, then you are safe as a band. But besides our friendship, of course the energy we get from the crowd is what keeps us going.’’

Jean, you have been the drummer of Sepultura from 2006 until 2011. How do you look back on that part of your career as a drummer?
,,I replaced Igor in 2006. I had a great time in Sepultura and I learned a lot. I played with them all over Europe, but now I can say musically and artistically my place is with the guys of Ego Kill Talent. The relationship we have is so much beyond the music, we care so much about each other. That is the most important thing to us.’’

Are you the smart ones that stay away from drugs and heavy drinking?
Theo: ,,Yes and actually we are having coffee right now [all laughing]. That is the hardest drug we do. Oh, and some red bull [laughing].’’ 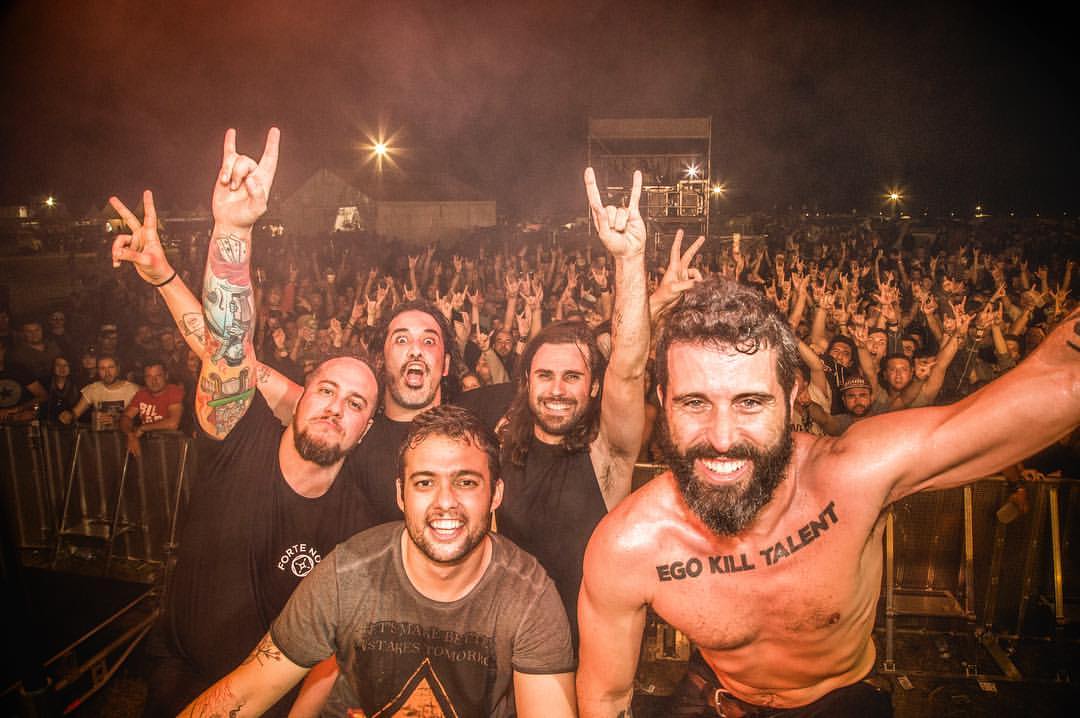 Where would you like to see the band in 5 years?
Jean: ,,It is hard to describe and actually it doesn’t matter. First of all we have to decide what is success for us? Where we are now with the band is already having success and I am more than happy.’’
Theo: ,,I hope we are still playing, hopefully in a huge venue and that we are still friends. But if it is in a small club, that is fine too.’’
—
Follow Ego Kill Talent on Facebook and visit the Website.