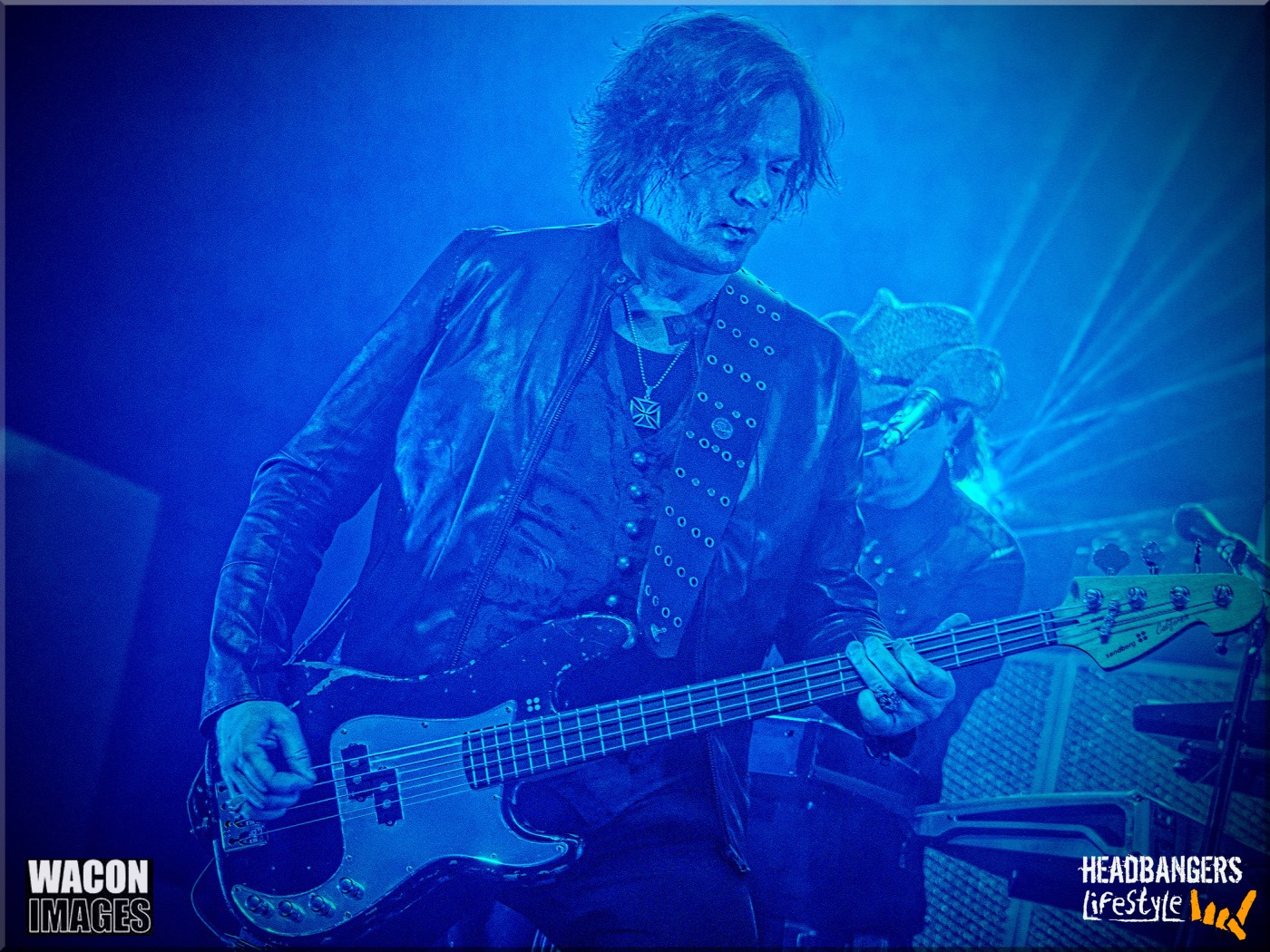 2017 has been a busy year for Swedish rockers EUROPE. First they released ‘The Final Countdown-30th Anniversary Show’ and recently their 11th studio album ‘Walk The Earth’ saw the light of day. Both releases are of the high standard we know from the band. They evolved from a melodic hard rock band with big hair in the eighties with huge worldwide success to the mature bluesy classic rock band that knows what it wants nowadays. Okay, the audience is still shouting for ,,The Final Countdown’’ but they are so much more than that and they have the records to prove it. HeadBangers LifeStyle had the honour to talk with the guy who, besides singer Joey Tempest, played on all EUROPE studio albums: bassist John Levén.

,,We try to be better all the time. I guess the day we make an album that is not better or at least as good as the previous one we should retire but I think we’re still progressing all the time.’’ –John Levén 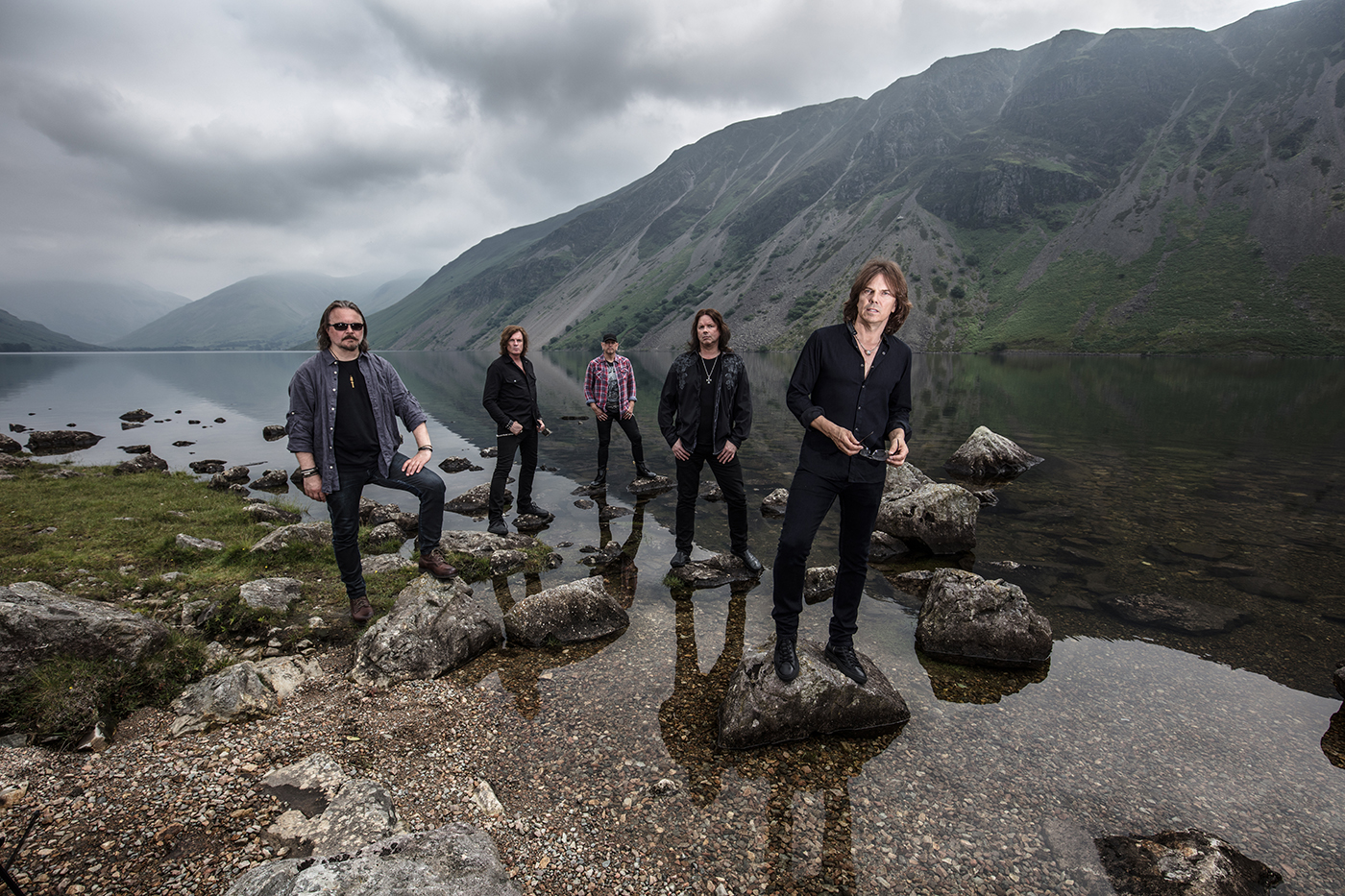 John, what sparked your interest for the bass guitar?
,,I think when I first heard ‘Hotter Than Hell’ by Kiss. I told my parents I wanted a guitar and it ended up being my grandmother who bought me a guitar. When I learned enough I played around in different bands in the area where I grew up in Stockholm. I was playing guitar in one band, playing bass in another band, we switched around and jammed with all the young guys who were into rock ‘n’ roll. One day John Norum and Joey Tempest asked me if I wanted to play in their band. They had another bass player but he wasn’t good enough. I said of course I want to be the bass player and so that’s what happened. I still play guitar at home while writing music though.’’

Who are your musical influences?
,,I have many influences. My first albums were from Kiss and The Sweet. Then I discovered Led Zeppelin, Deep Purple, Rush, Black Sabbath, UFO, Thin Lizzy. Those were pretty much the bands I listened to. I also listened to Blue Öyster Cult, Frank Marino & Mahogany Rush. I bought their ‘Live’ album because of the album cover.’’

What would you have become if not a musician?
,,I have no idea actually. When I was young I was competing in dirt bike races but I sold my bike to buy equipment to become a musician. Maybe something cool like a race car driver? I don’t know.’’ 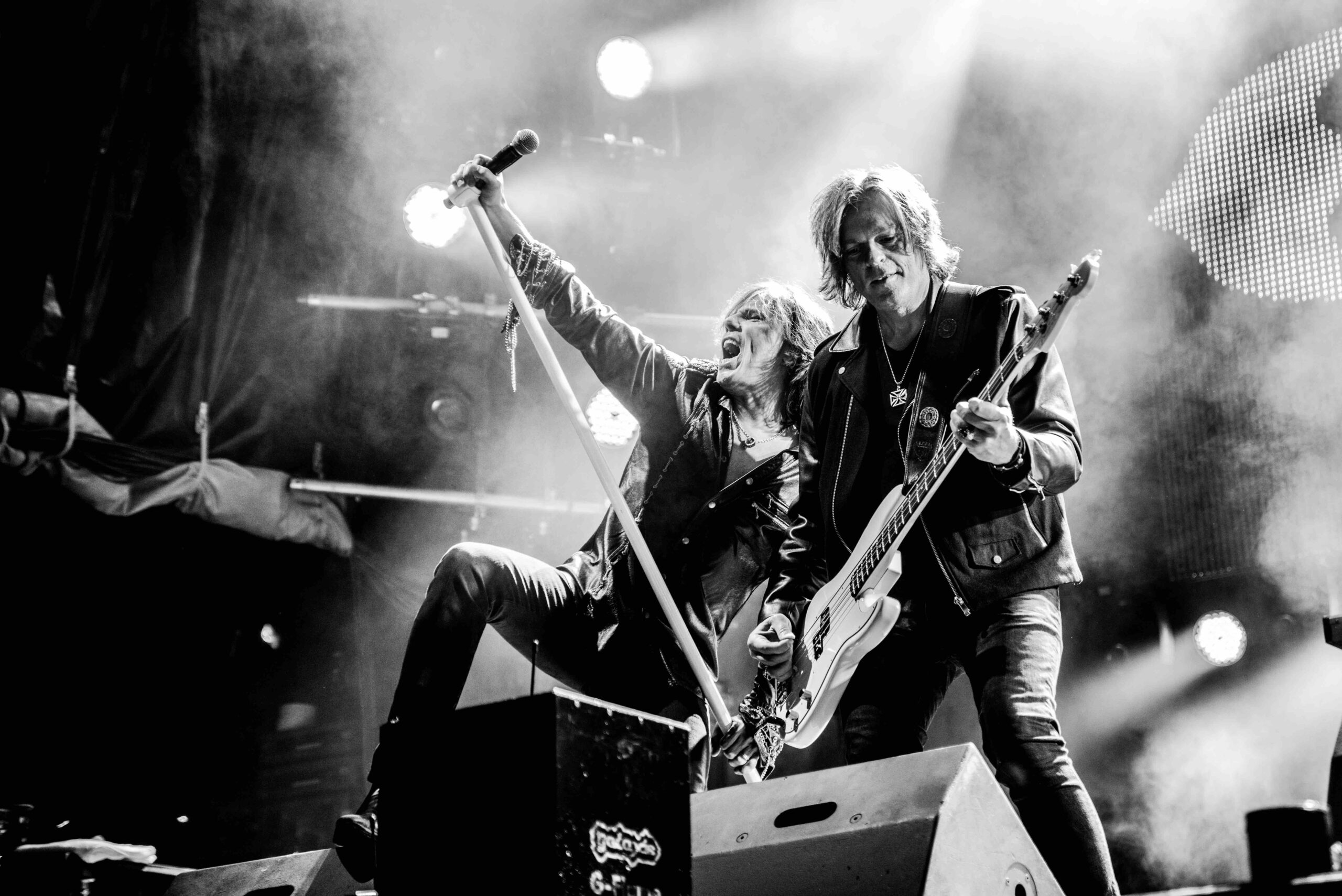 It has been a busy year for Europe, first you released ‘The Final Countdown-30th Anniversary Show’- DVD, now ‘Walk The Earth’. Listening to both releases you can pretty much hear where you came from.
,,I think pretty much for the last few albums from ‘Bag Of Bones’, then ‘War Of Kings’ and now this one ‘Walk The Earth’ I think we really gone back to our roots. We are really digging into the music we grew up with, the music that made us want to make music, made us want to become musicians.’’

Is the music on ‘Walk The Earth’ what you always wanted to sound like?
,,It’s getting close. We are proud of this album. In two years, when we record the next album, hopefully we think that album is even better. As long as we feel that every album we make is a progress we are heading in the right direction.’’

Europe is like a good wine. It’s getting better by age.
,,Haha, I heard that comparison before. We still feel that we are progressing. We’re all in our fifties and it is weird. A lot of bands from our era in the 80s are trying to make the same music like they did before or make it better, but not many bands succeed to become better. I think the key for us has been that we don’t care about the past. That was something we did back then and the stuff we’re doing now is now. We never sit down and say maybe we should sound a bit more like on ‘The Final Countdown’ album. I think that’s the problem with a lot of bands, they are trying to do something they have done before and you can’t do that. The time has changed, you have changed, you’ve grown, you’re not the same person anymore as when you were 25.’’

Is that the secret of Europe’s success? The fact that you want to change and make better music?
,,Yeah, that’s what I mean. That’s the key, not cling on to the past and do something we did before. When we start working on a new album we never sit down with a plan like what should we sound like. It’s just something that comes out naturally. We get together, have a bunch of ideas for songs, pick out the best ideas, record it and it turns out the way it does.’’ 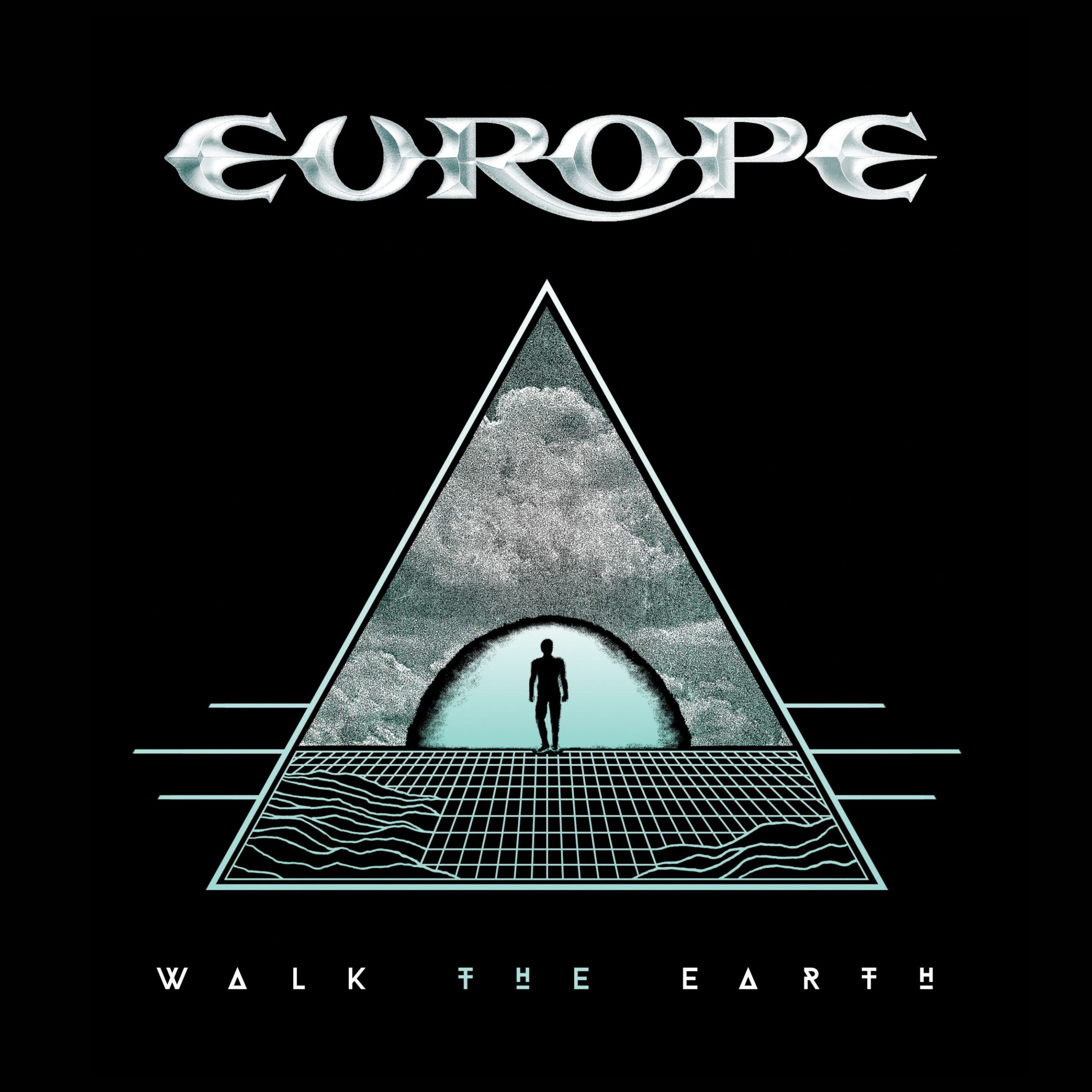 You get the occasional writer’s credit like on the new album for ,,The Siege’’. Wouldn’t you like to write more? Isn’t that an ambition?
,,Yeah, but I do write more songs. The ‘problem’ is I only had one song on this album. I had more songs but it’s a tough competition being one of the four song writers with Mic Michaeli, John Norum and Joey Tempest. You have to let go of your ego. When we get together we all listen to the demos and ideas and decide on which songs we would work on. I had probably 5 or 6 other songs which I will maybe use one day outside of Europe because I have the demos. It is hard to find time to work on them because Europe is pretty much a full time job.’’

What is the last thing before you go on stage?
,,I sit down for one hour and practice to warm up my fingers. It has always been the same procedure. I want at least 45 minutes to an hour to play bass to get warmed up.’’

What is the first thing you do after you come off the stage?
,,Try to cool down. Usually the band gets together, we sit down and talk a little bit. How it went and so on. We talk through the show, take a shower and hop on the bus.’’ 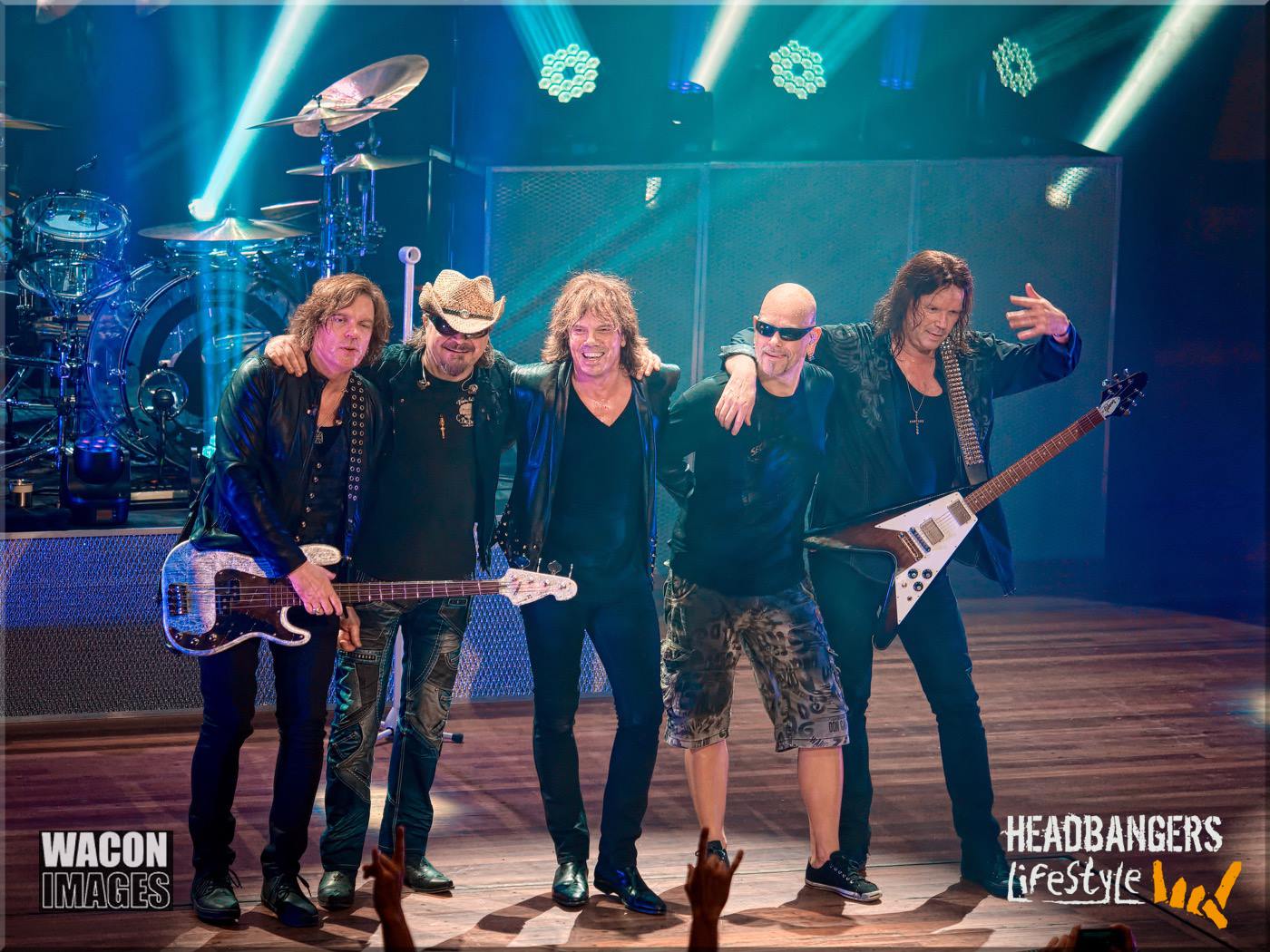 Is there a difference between John Levén on stage and John Levén off stage?
,,I think so. Once again, on stage is a different thing. You step into a different world, you’re totally into the music and perform as well as you can for the crowd.’’

Is there something on your musical bucket list?
,,Not really. I want to keep making good albums with Europe. We already made some good ones but I’m already looking forward to the next one.’’

What would be your advice to kids who want to become musicians as well?
,,Practice hard. It’s a rule that not only applies to music but to everything. You can never be good at anything before you put at least ten-thousand hours in it. You can never be a good racecar driver, or a baker or whatever. Practice your ten-thousand hours and go out there.’’

You will be playing 5 shows in the UK with the band who gave you your name. [Europe got it’s name from Deep Purple’s album ‘Live In Europe’]. What do you expect from those shows?
,,It’s gonna be a really good crowd because Deep Purple is a great band. We will be playing big stages for a lot of people. We will go out and play 50 minutes to an hour. After that I’ll rush off the stage, take a shower, go back and watch Deep Purple every night.’’ 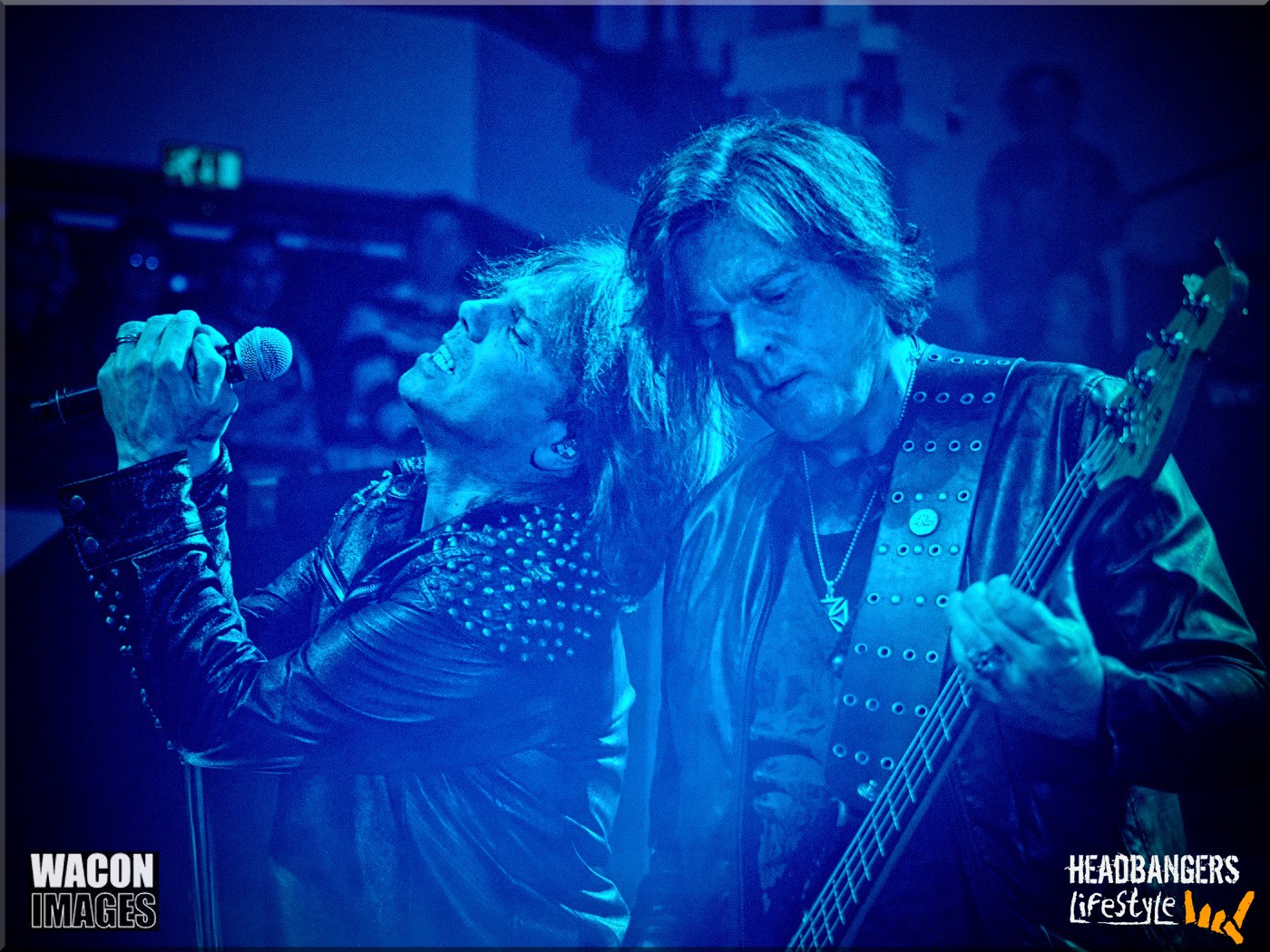 Together with Joey you are the only member who played on all the studio albums Europe made. Is that something special for you? Do you feel proud about that?
,,Yes, it does, I am proud of that fact, I am really proud. I was there from the start to the finish I hope …which hopefully won’t be anytime soon.’’
—
Header photo by Wacon Images/Ronald Den Dekker