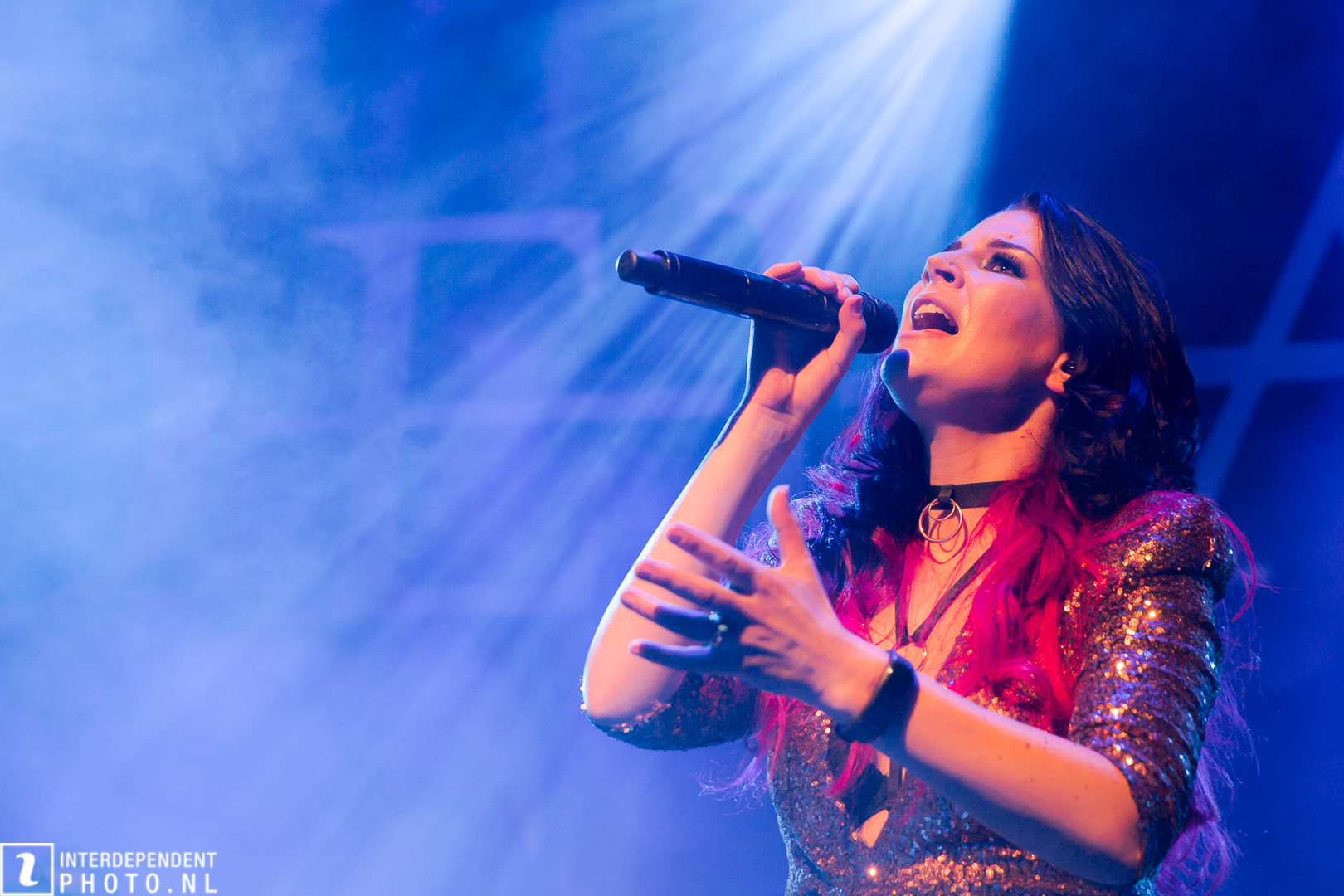 ,,FemME should give a platform to new upcoming bands’’

The fourth edition of FemME or Female Metal Event will take place September 21st, 22nd, 23rd and 24th at various locations in Eindhoven (NL). What started as a birthday gift became a yearly event with band ranging from rock to metal as long as they had a female member. Founder and organizer Ton Dekkers found the time to give an update to HeadBangers LifeStyle and share his vision. 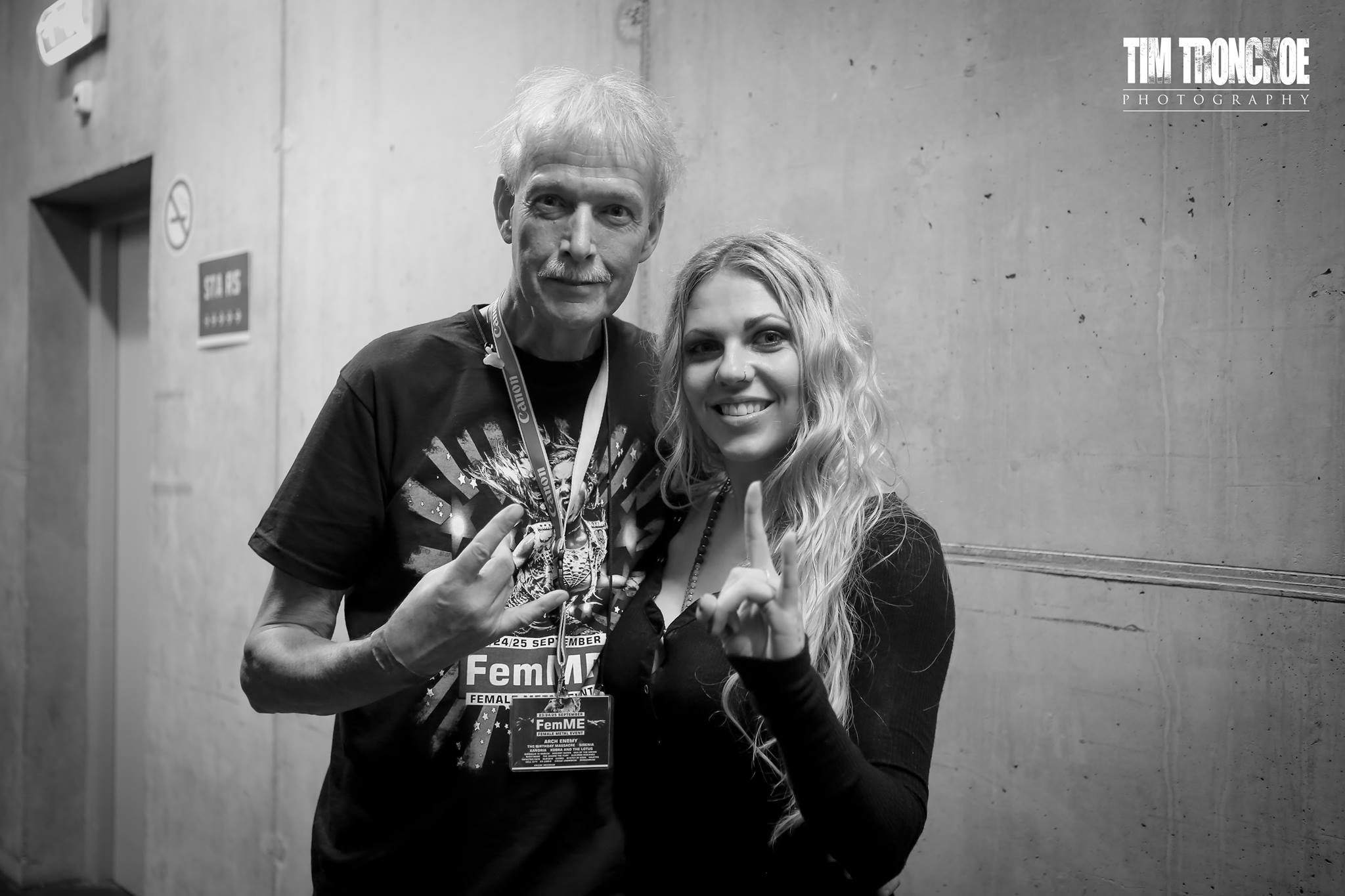 FemME is a festival focussing on the women in rock and metal. Why?
,,Because of my musical preference. In my early days I was moved into the heavier music by Cream and Black Sabbath. My musical taste moved later to the more melodic rock with bands like Genesis (my first real planned show in 1972 at a festival in Meerlo, Limburg, NL), Camel and Yes. At the end of the nineties I was introduced to some crossover/metal bands like Rhapsody, Dream Theater and Nightwish by a progrock friend. Then I discovered After Forever and melodic metal with female vocals became my favorite and still is. When I organized my first gig it was of course in that genre.’’

You started FemME 4 years ago as a birthday present to yourself. Did you know right away it would become an annual festival?
,,Indeed, it started with my birthday gig with Stream of Passion at de Effenaar. Joop de Rooij, whom I met earlier, when I was a photographer for Sonic Cathedral [webzine for Female Fronted Metal] was playing with his band Magion. He convinced me to organize something with small/new bands as it was hard to get opportunities to play. We started the first “Heavy Lazy Sunday Afternoon” in Leusden with, of course, Magion. It was fun, but not what was expected. I tried it again on my birthday at the Dynamo club in Eindhoven. Again, three small bands, Ex Libris with singer Dianne van Giersbergen was one of them. The result was the same: a nice event but with limited visitors. Simple conclusion; you need a bigger name to attract more people. The contacts with Mark Jansen [from the After Forever period] made it easy to book MaYaN. Finding smaller bands was easy because of my activities as a photographer. To avoid covering only one type of (female) metal I also added some heavier stuff to create differentiation. In the meantime I had eight bands booked for the small stage at de Effenaar in Eindhoven. When Ingeborg Steenhorst joined with her fashion show we moved to the main hall because the fashion show needed more space and suddenly FemME became a festival.’’

Did you have a bigger plan? A philosophy?
,,Not really a plan. A vision? Yes. FemME should give a platform to new upcoming bands. Bands with a female band member, not necessarily the singer. When Metal Female Voices Fest took a sabbatical, I decided to fill the gap and worked out a line-up for two days with two stages. The main stage for bands to attract visitors and a small stage for the new(er) bands. I’m still surprised to be able to get bands like Lacuna Coil and Therion. After the second edition it was not possible to stop.’’ This year it will be the fourth edition. What has changed compared with the previous editions?
,,The third edition was not that successful. Arch Enemy didn’t bring the necessary visitors so we (in the meantime JBM Events joined the newly created Stichting FemME) had to reconsider things. The vision is leading so we needed to cut budget. As everything is funded with private money, we can’t afford real big names. The risk is too high. So we focused more on midsize bands that are maybe not that known but offer quality, different styles of metal and a wide geographic spread and some specials. Edge of Paradise (US) will play in Europe for the first time, Theatres des Vampires (IT) doesn’t play that often and never played in the Netherlands. And there will be some other interesting things to announce later.’’

It takes place at different locations in Eindhoven. Dynamo, Effenaar, Blue Collar Hotel. Why is that?
,,We got some feedback that the variety of the previous edition was a little bit too much spread over the days. Taking into account the costs of the A-location Effenaar, we decided to be creative. Different locations (different costs) allow you also to create a schedule that fits more or less the venue. Dynamo will cover the more heavy, brutal genre. Effenaar will cover the epic, melodic style and Blue Collar Theater is a more suited spot for the more intimate acoustic Sunday, with downscaled music with addition of strings (violin, cello).’’

,,FemME should be the place to discover new bands.’’  -Ton Dekkers 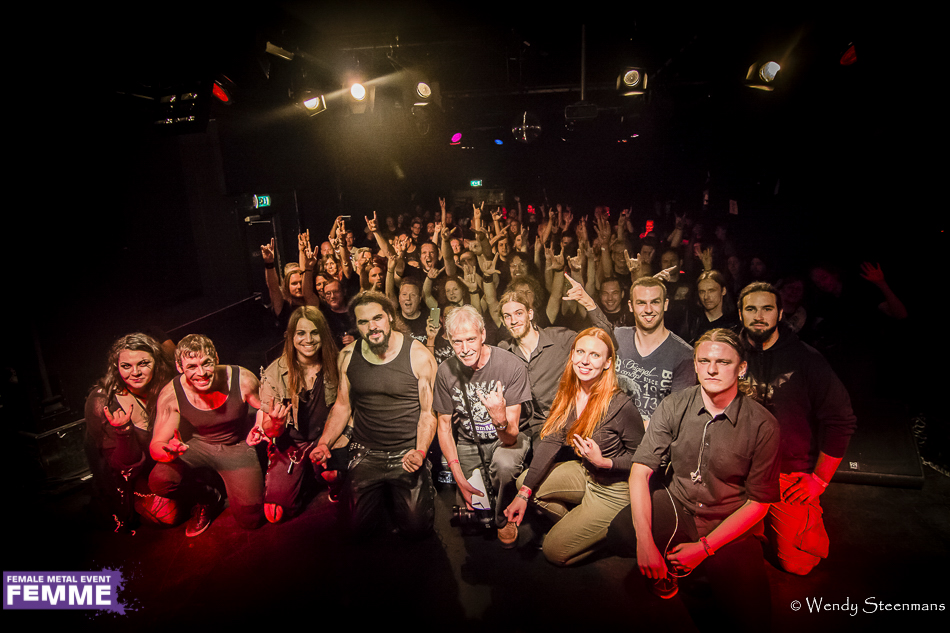 So far you had a lot of big name bands playing. If money was not an issue what would be your personal favourite line-up?
,,Initially my dream was to have Nightwish at an edition of FemME. However, I’m sure that that will not help FemME. If we book a band like Nightwish, the audience will only come for them and will see all the other bands as a waste of time (and money). And that clashes with the vision of FemME. FemME should be the place to discover new bands. And FemME should stay small to be able to keep the FemMEly vibe.’’

Besides a music festival it is also about lifestyle.
,,Yes. Although it’s hard to give lifestyle the right attention when the focus is on music. This year we don’t have the fashion show as part of the festival. Ingeborg will still be present with her designs and ready-to-wear fashion. And most likely Dianne van Giersbergen with her jewelry and some other presenters. The lifestyle focusses on the female visitor by providing some additional items to the regular merchandise. The idea is to create a separate event in 2018 with more focus on lifestyle and less on music.’’

When do you consider the fourth edition a success?
,,We know FemME is not cheap, however the variety and number of bands (and the venues) makes that price; 24 bands, 6 from the Netherland and the others from 12 different countries. FemME is successful when it will be a great FemMEly party with sufficient visitors to make the fifth edition possible.’’ 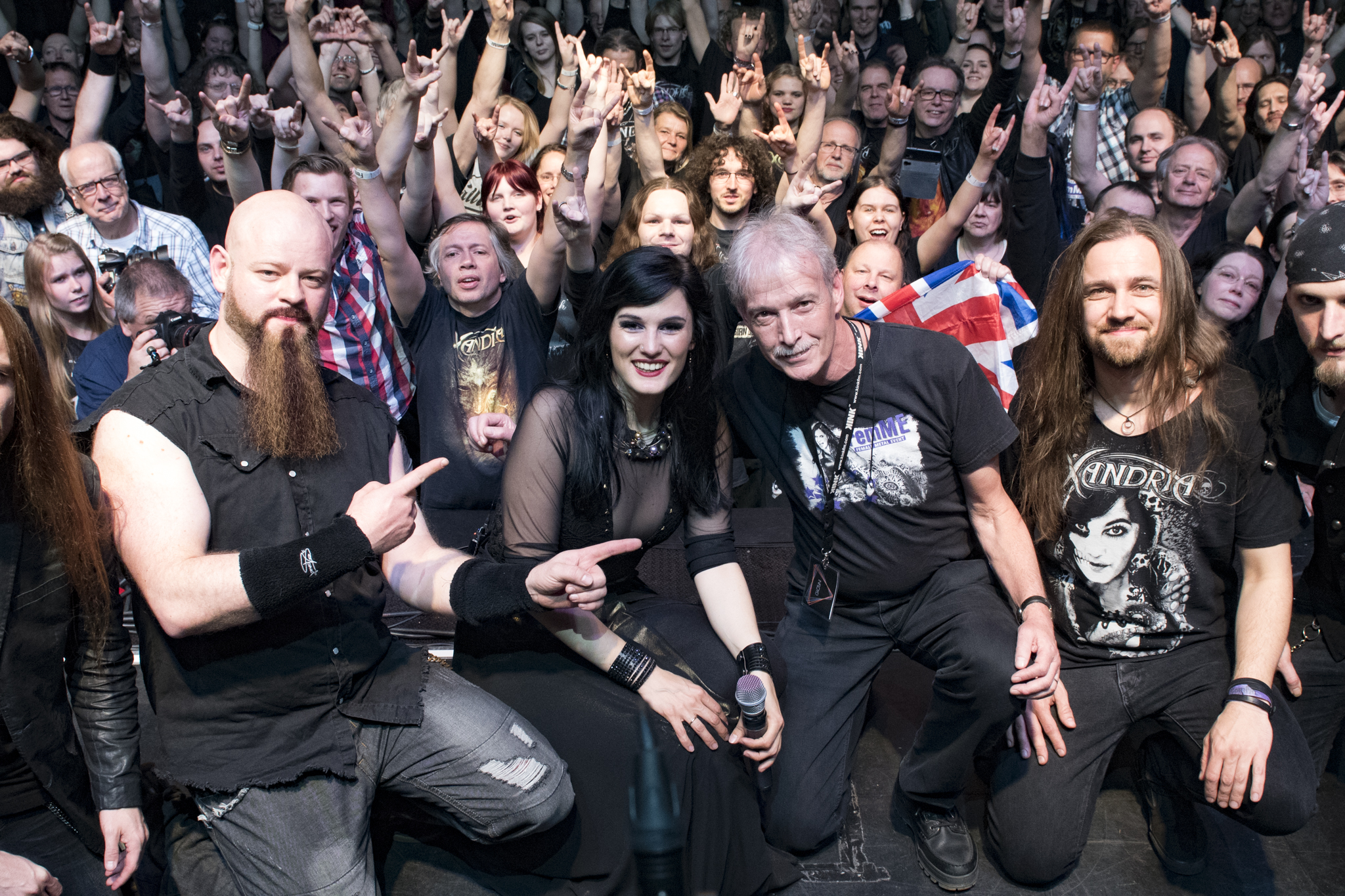 You also organize short club tours for bands with female musicians. How did that start and what is it that you want to achieve with that?
,,It’s a continuation of the initial “Heavy Lazy Sunday Afternoon” and also a way to keep the name FemME on the radar. Not only one’s a year as a festival but something that continues. The (International) Battles are also part of it. We’re positive about this year’s outcome, the first 2018 Battle preliminary will take place on 1 September in Malta.’’

You started FemME as a fan, now it has become bigger and you have to think more as a professional. Was that an easy transition?
,,The joining of JBM Events made that move a lot easier. The structure still allows me to work for FemME as a fan. When this could damage the festival, the other guys take over and make things happen. Luckily I’m not a control freak and I’m able to accept help to let FemME become more professional. My main role is to design the line-up and keep the vision leading. All other things are by JBM Events and the amazing crew of volunteers.’’
—
Headerphoto Charlotte Wessels (DELAIN), headliner Saturday September 23rd, FemME 2017 by Ton Dekkers/InterdependentPhoto.nl