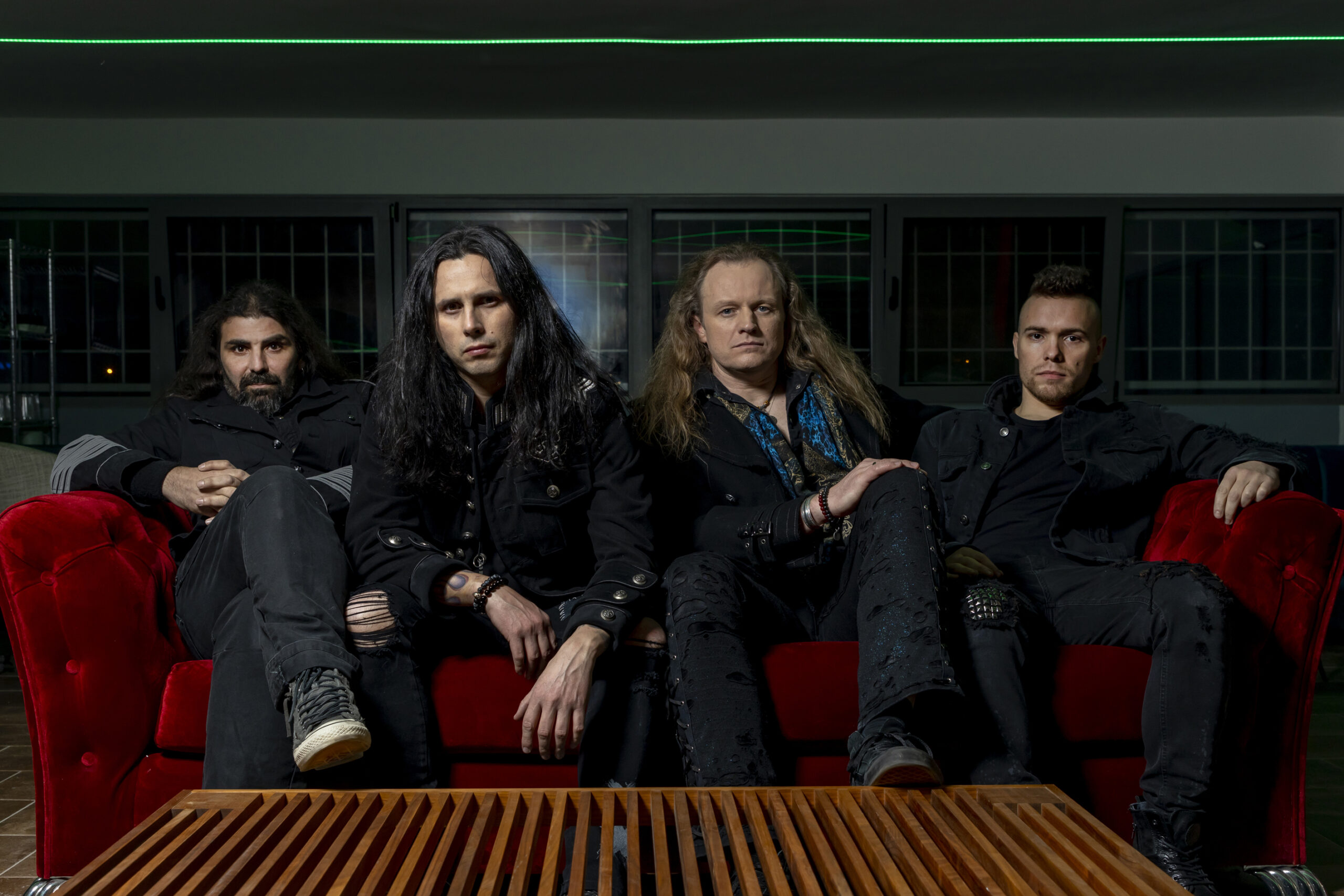 With the forthcoming 9th studio album that goes under the banner `Firewind’ [release date May 15th], Greek melodic power metal band Firewind will mark a new chapter in its 20-year career.

It was after the successful tour with metal legend Queensrÿche last year and when the first steps of making a new album were taken, that it became clear the band members weren’t at the same page in life anymore. The man behind the wheel, star guitarist Gus G. and main composer, didn’t had to sleep on it and decided to go for a band “make-over”. Gus recruited the excellent German singer Herbie Langhans, who already made name for himself with Avantasia and Sinbreed, and skipped having a second guitarist/keyboard player on the album. As HeadBangers LifeStyle likes to keep its readers updated, I of course said yes to the invitation to ask Gus a few questions about the line-up change, the new album, his long career and the current situation. 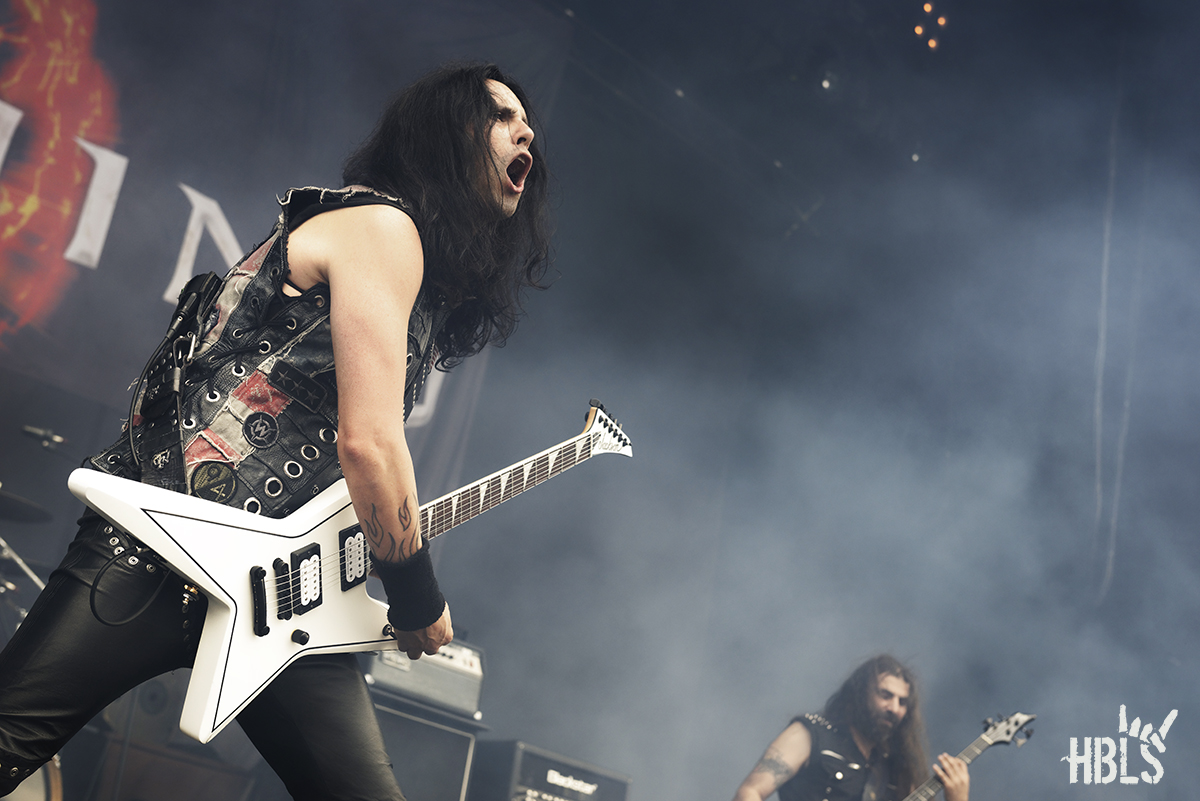 First of all I want to know what happened that caused the crack in the line-up and as Gus explains it, the reason seems to be simple and very common among bands.
,,Well, after the tour we realized that we weren’t happy with the current situation. Some of us wanted different things. Bob [Katsionis, guitar, keyboard] wanted to focus on his career as a studio producer and Henning [Basse, singer] wasn’t sure about the upcoming tour commitments. So I decided to go for a band “make-over” to have things work again for Firewind.’’

I am sure Gus, who is in the business for two decades now, could have a bunch of singers standing in line, wanting to join the band. But it seems he had his eye right away on German singer Herbie Langhans and I want to know what makes him the right guy in the frontline of Firewind, as well as a creative partner?
,,I think his vocal style is the most important factor. The minute I heard him I instantly knew he’d be a great fit for Firewind. Of course I wanted to do a try out first and write some new material with Herbie. The first song I sent him was ,,Devour” and he sent me back the vocal lines for it the next day already. What you hear on the album are those vocal lines. To me it was pretty obvious that he was the right guy.’’ After writing and recording 8 albums already and being a very experienced musician, I wonder if there was still a challenge for Gus making this 9th album? Well, it seems he at least got a few grey hairs from it.
,,To be honest, the main challenge was basically to finish the album. It was actually very stressful. From the line-up change in the midst of recordings to finding a guy who could mix the album at the last minute, as Dennis Ward wasn’t sure he could deliver the final mix on time.’’

`Firewind’ is a great ride for the melodic power metal fans in general and I am sure die hard fans won’t be disappointed at all. So what is the most satisfying achievement with this album in the book of Gus and most important, what can fans expect?
,,I’m happy with the overall result. I love the vocals, the songs and the production sounds punchy and fresh. I think fans can expect an album that sounds 100% like Firewind. They will hear elements from all our past eras, but there is also a new energy present as well.’’

Not only Gus had his hands full with writing and recording but he also got his butt on the producer seat. Gus explains he had a few concerns.
,,I knew the material was strong on a musical level, but I wasn’t sure about the vocals because after we tracked all instruments, still most of the vocals had do be done. And to be honest, that made me nervous. Production wise I wasn’t worried at all, I was most worried about how the vocals would develop. Further I knew we had big drum sounds and the album would sound fat and huge. That was what we were going for from the start.’’ 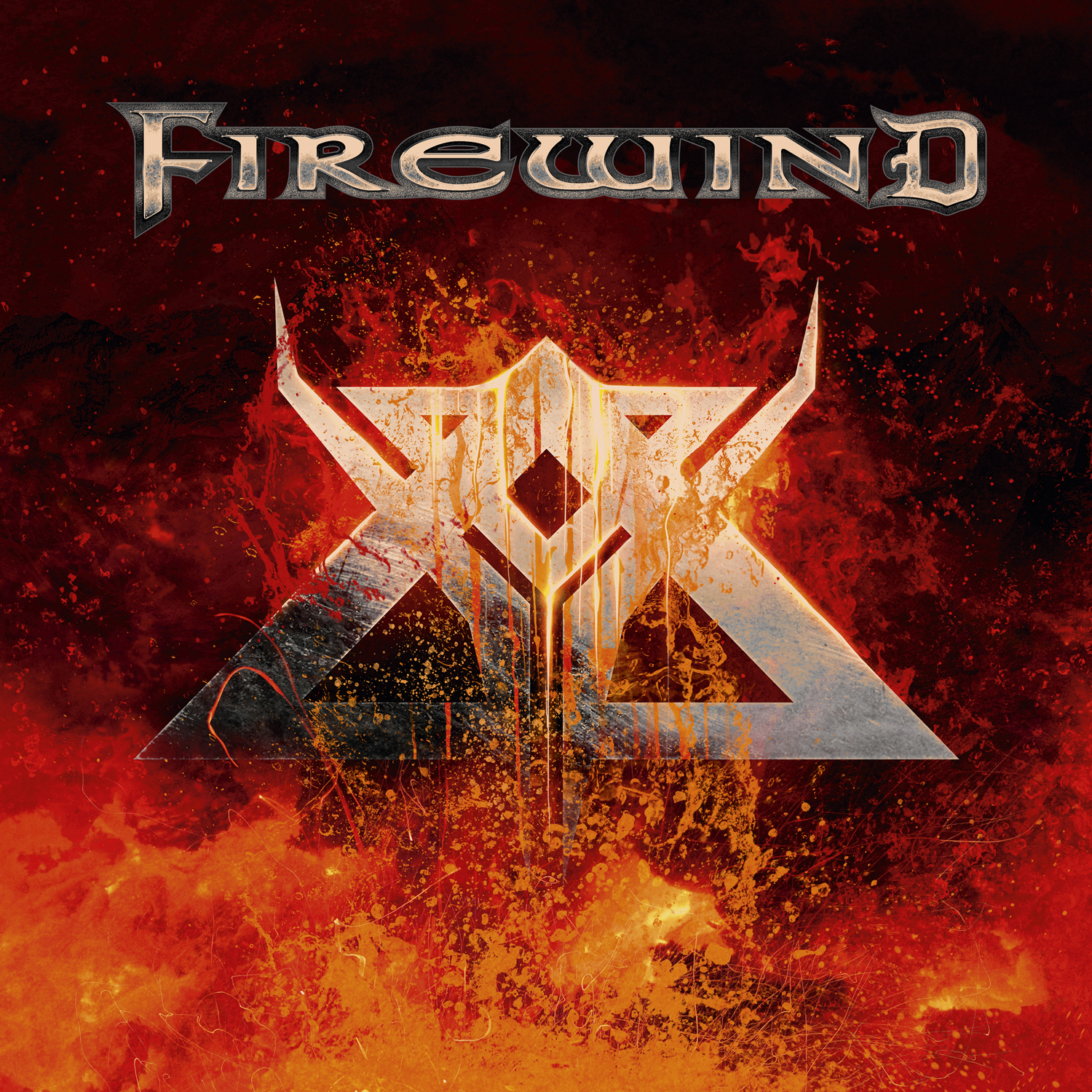 Since Gus knows what he wants for Firewind, he must have had a clear vision of why naming the new album simply `Firewind’. I think we can all guess the answer but I want to hear it from the man himself…
,,With the major line-up change, I call it the “make-over”, this was a new approach for Firewind. To me it’s like a 2nd start, even if it’s our 9th album and therefor this was the right time to have a self-titled album.’’

Rock and metal history features countless bands. A big pile is still around but even more vanished ages ago. Gus and his Firewind actually managed to survive the turbulence of the music scene for 20 years now. The guitarist explains this fact plain and simple.
,,As long as I feel I still have things to say artistically through this band, Firewind will be around.’’

Being a guitarist that has been on the payroll of Ozzy Osbourne, at least must have something special to offer. Gus reacts a little bit modest when I ask him how he feels about the development of his guitar skills over the years and what he thinks became his true signature?
,,I feel that I have evolved a lot as a guitar player. My technique became much better and my musicianship is on a higher level. But it’s hard to say what’s my signature as a guitar player. But I think I play heavy, melodic & fiery, yeah that would probably sum it up.’’

Then there is the Walhalla of equipment. Also Gus admits that he has such thing as the Holy Grail.
,,It is definitely my signature Jackson guitars and my Blackfire pickups. They are my secret weapon!’’ 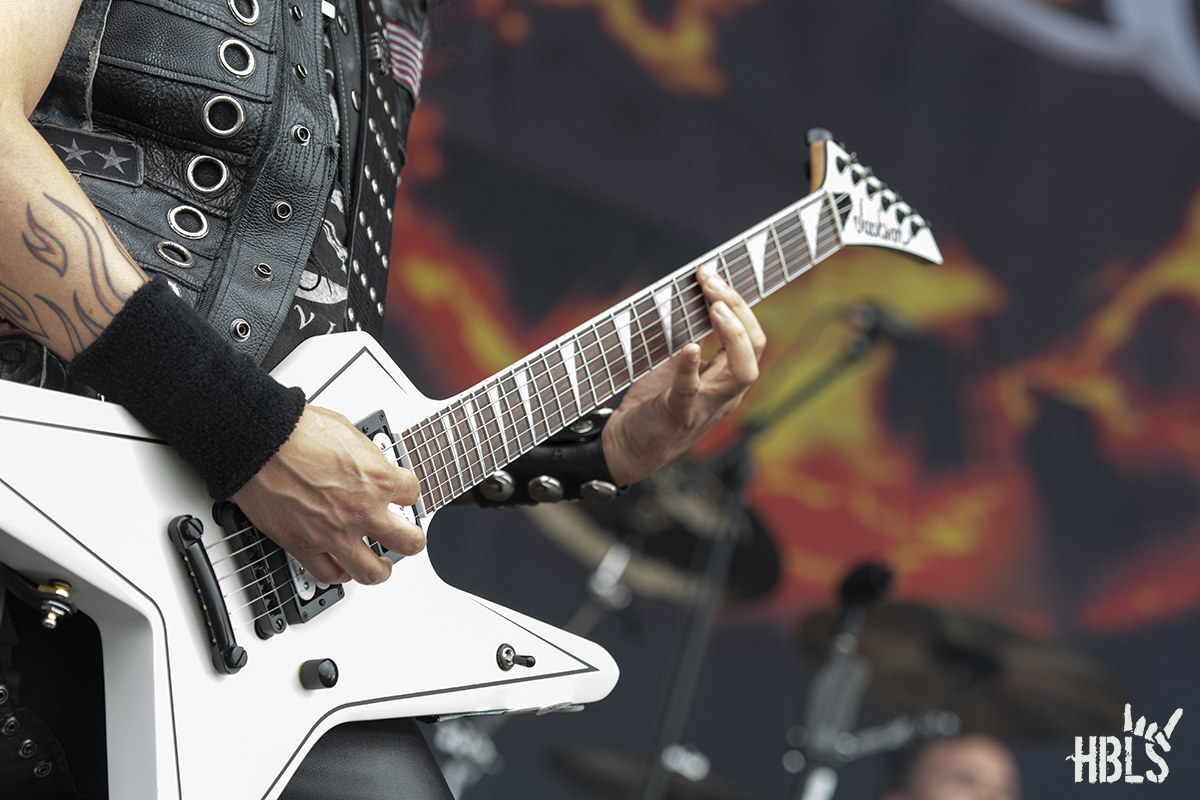 To keep the creative spirit and mental health up and to make sure he doesn’t face a writer’s block or burnout, Gus came up with a method that keeps him far from getting drained.
,,I actually don’t push myself to write. I write when I feel like it, even if it’s a small idea or one riff. I pile all my riffs on a hard drive and I revisit the ideas later. That way I never run out of riffs and ideas and it keeps the creativity flowing. I found out I’ve made some of my best albums this way.’’

The US tour with Symphony X and Primal Fear that was scheduled for May and June is postponed to 2021, because of COVID-19, and like the rest of the world Gus has to stay home. Does he have a few tips for us to kill time while in quarantine?
,,I’m on lockdown for over 3 weeks now. I’m with my wife and our cats so the time passes nicely. I think I’m handling it well. I hope everyone else is too. What I do is play guitar, work out, watch movies and play with my cats. Oh, yeah and sex….lots of it! [Laughing] So I suggest you do stuff like that, or maybe read books, start a hobby you always wanted but never had the time for in the past. And if you’re alone and don’t have a partner, you’ll probably masturbate till you go blind!’’

Now that the music industry is basically in lockdown and many professional artists and bands are in troubled water, facing a future that is not clear; Gus has a few thoughts.
,,It’s really hard to predict how things will play out. One thing is certain; there will be some damage. I’m not sure how quick the live industry can stand back up on its feet after this pandemic. I’m not sure how many people will go out of business. Maybe live events will start again on a smaller scale and small clubs and slowly build up again. We’ll see.’’

Last but not least, did his career bring Gus everything he hoped for since he started as a musician or is there something on his bucket list still?
,,Oh yes! If it all ended today I can say I’m happy with what I achieved, I don’t have any complaints. I got what I wanted and more. There are still things to do of course and I want to keep on creating and building our brand, but for me personally most of my bucket list things are checked.’’ 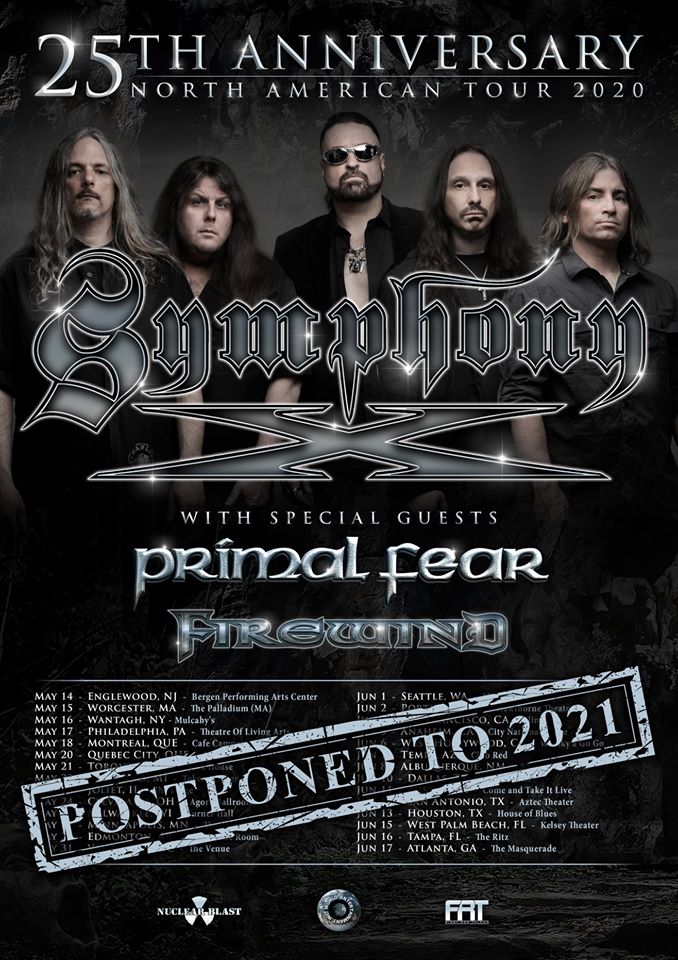