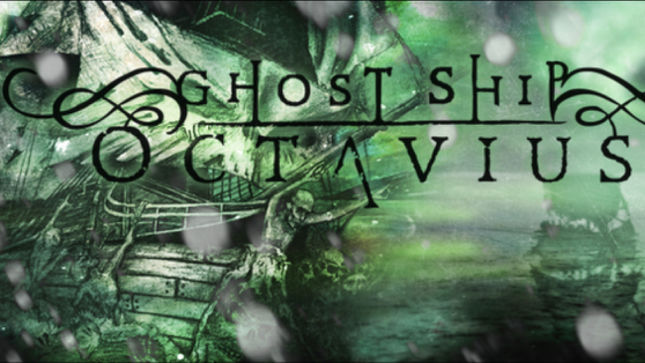 Ghost Ship Octavius has arrived as one of the best new coming bands featuring guitarist Matthew Wicklund (God Forbid, Himsa, Warrel Dane), drummer Van Williams (Nevermore), and the unknown singer Adõn Fanion. Their brilliant self-titled debut has been released earlier this year and is to be highly recommended to anyone who loves powerful metal music with haunting melodies, memorable hooks and forceful vocals. HBLS talks with Matthew Wicklund for an introduction.

Why does Ghost Ship Octavius deserve a chance to be heard?
,,I think our music is honest, it comes from the heart and its is very natural to me. This is the band that I’ve always wanted to do and it’s the first time I am able to do exactly what I want in my career. With my former bands there were always some creative limitations. We have put a lot of work in making this album. Just for that fact alone I think `Ghost Ship Octavius’ deserves a chance.’’

What characterizes the album most?
,,It sounds very dynamic, it moves a lot, goes in different directions and has a lot of layers. It sounds a bit moody, kind of dramatic, sometimes dark, sometimes happy and there is an underlying emotional quality that reigns through it. We have choirs, string sections, guitars, electronic elements, all sort of things we had fun with. I don’t feel that we re-invented the wheel, but I think it’s a kind of unique combination of different types of music and sounds mashing them together in some kind of interesting progressive metal soup. Personally I don’t think about genres because I don’t want to be limited as a songwriter. I listen to so many types of music, from classical music to Steve Wonder, Supertramp, Fleetwood Mac and The Beatles. To me music is music and if its good its good. But I grew up playing heavy metal and I enjoy playing that style especially on the guitar. I love the power of heavy metal. I actually recommend to other, especially younger, songwriters, not to listen to heavy metal at all during writing just to have a fresh perspective. At least for me it makes it easier to come up with more original sounding metal songs.’’

What is typical you on the album?
,,My guitar solo style is very identifiable. It’s really emotional blues based sounding lead work with flashy shred moments but I’m really inspired by a lot of traditional kinds of rock and blues players. I try to make my lead guitar parts really memorable, something you can hum along to or sing and not just play a million notes. Considering to my good friend Jeff Loomis of Arch Enemy, my solos are filled with man pain, hahaha. Actually Jeff plays the final solo in the song ,,Pendulum’’, of course fast and technical.’’

How about Van and Adõn.
,,Van is such a fun drummer to play with and he has a very unique style as well. He’s got great groove and really memorable drum phrasing. He is very creative and his little drum solo in the middle of ,,Mills Of The Gods’’ is filled with energy and sounding like a train is about to come off the track. He is a hard hitter and when Van plays the drums you can tell he means it. Adõn, he’s great. He combines all sorts of cool stuff, bringing in old school influences like Ronnie James Dio and Chris Cornell and he is just only nineteen years old. We hired him when he was seventeen and I was honestly worried about it. Thinking what are we going to do when we play bars and he can’t get in?’’

Where did you find this vocal wonder?
,,It all started when Van and I were asked by Christopher Amott from Arch Enemy to play as a band together at the Loud Park Festival in Tokyo in 2012 for his solo album. During the show we felt good chemistry and decided to keep making music together. We put a post out on Blabbermouth `new band forming, looking for a vocalist’ and we got videos and audio files from all over the world. Some were amazing, some were terrible and some were hilarious, but in the end it didn’t work out and at one point it seemed kind of hopeless. Then we got this submission from Adõn. Immediately we said wow this is the guy! At some point Christopher left the band to focus on the fourth Armegeddon album, but the three of us kept going because it felt right. First I wrote most of the music, then Van reinterpret the drum parts and after that Adõn took care of all the vocals, and he came up with the songs ,,Epitaph’’, ,,Silence’’ and ,,Bloodcaster’’. For me writing is very therapeutic, an emotional outlet and I try to put a lot of personal kinds of emotional feelings in my songs. But other times I really get into the imaginative kind of creative state. Like the song ,,Sea Storm’’ in which I try to imagine a ship lost at sea in a storm and try to picture what that may sound like, almost scoring music for a movie. The concept for ,,In Dreams’’ came to me while I was sleeping. I woke up and I had the melody in my mind. I recorded it really quickly and entitled it ,,In Dreams’’. I sent it to Adõn, he took that concept, very smart, and wrote lyrics around it. The whole song was written in one day. It definitely has some real intense metal little moments but its written with the intention of it being straightforward and simple. Something people can sing along to.’’

Could you have made this album without the experience with God Forbid, Himsa and Warrel Dane?
,,Not exactly the same way because I have learned so much over those years by playing with so many different musicians. That experience definitely moulded me into the musician I am now. But at the same time some of the musical ideas I came up with fifteen to twenty years ago. Some of the melodies I wrote in college or wrote on the piano.’’

How did the total band concept came alive?
,,We knew we wanted to make music but we had no real concept or direction and we needed a name of course. That is always the worst part and it got frustrated. We had two hundred names we’re playing with, but of course they were already taken. I thought screw it and went on to YouTube, look up random things just to entertain myself. I like stuff about ghosts and paranormal things, UFO’s and aliens, science and the universe. While I was looking up ghost stories I stumbled upon the top ten ghost ships stories in the world. There were really cool pictures going by, like creepy looking haunted ships and I was drawn in. Then the story about the eighteenth Century ship Octavius came up. I liked the name immediately and the story itself became really chilling, interesting and very inspiring. This was perfect, so nerdy and there is so much you can do with this. Love it! Let’s do this. Adõn drew the artwork of the cd and Van put it together with Photoshop, he is a graphic designer also. We have some big plans for the live shows and we want the audience to enter a fantasy world that we’ve created. Like using projections of water, falling snow and fog with projections. But of course that will cost a lot of money.’’ 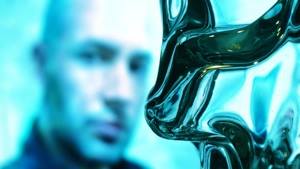 Have you ever experienced the super natural yourself?
,,I have many times, since I was a little boy. I guess I have determined I’m crazy and having a wild imagination, which is possible hahaha. But I have seen things that are hard to explain. I have seen several ghosts in my life. Some appeared almost like a void, like an empty space. It’s very hard to put into words. But twice I have seen very vivid looking apparitions. I saw my grandfather after he passed away and he looked absolutely clear as possible. It’s hard to confirm or to prove but it definitely got me curious. I believe there is something beyond what we understand, though I don’t know what it is, but I think it’s beautiful and fascinating. I have even seen things flying around in the sky that I can’t explain. A lot of people are afraid of all this but I am the opposite. I want to get abducted by aliens.’’

Why is the album entirely funded through Kickstarter?
,,At first I tried to take the traditional route, but all the heavy metal labels turned us down. I got very discouraged. I knew the music was good, I could feel it was something worthwhile so what’s the problem? Then Kickstarter came in. Anybody with a dream or any wild idea can throw it out to the public and let them decide if they like it or not. It worked really well for us. Without Kickstarter we would not have been able to do this. We got really passionate fans right from the beginning. The cool part is we own the music and the money comes straight to the band, which we can re-invest in making the band grow. Controlling the business side of the band as well gives us more purpose and more pride. We feel really involved, really connected and passionate about the whole thing.’’

Where can people buy the album?
,,Directly from our website www.ghostshipoctavius.com and I ship it personally. Or through www.cdbaby.com, Amazon.com and The Omega Order.com. And of course different digital distributors like iTunes.’’