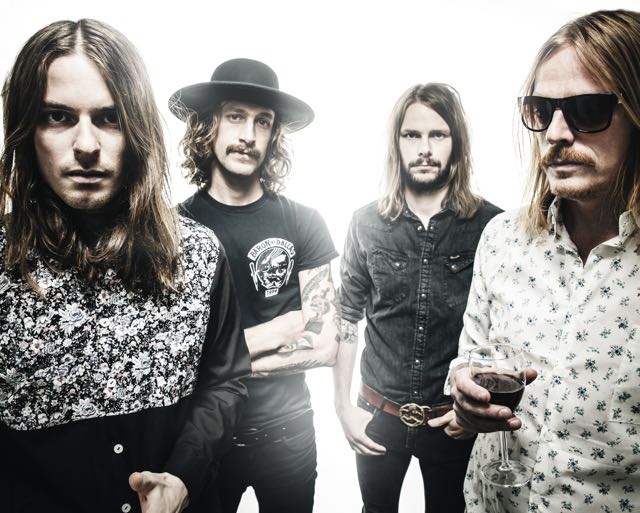 ,,We Were Just Fed Up’’ (Joakim Nilsson, singer, guitarist)

Swedish psychedelic, hard rock, blues-rock band Graveyard didn’t seem to have much to complain about in the following years since the formation in 2006. Their debut `Graveyard’ [2007], `Hisingen Blues’ [2011] and `Lights Out’ [2012] found a way to a dedicated and growing fan base, various tours marked the agenda and the Swedes managed to get a record deal with the prestigious metal label Nuclear Blast. But apparently things aren’t always, as they seem to be. A year after the release of the long-awaited fourth album `Innocence & Decadence’ [25 September 2015], Graveyard officially announced their break up on 23 September 2016 due to “differences”. To make it all more confusing, on 26 January 2017 Graveyard announced to be resurrected. HeadBangers LifeStyle got the opportunity to ask singer, guitarist Joakim Nilsson a few questions about the break up and the make up. 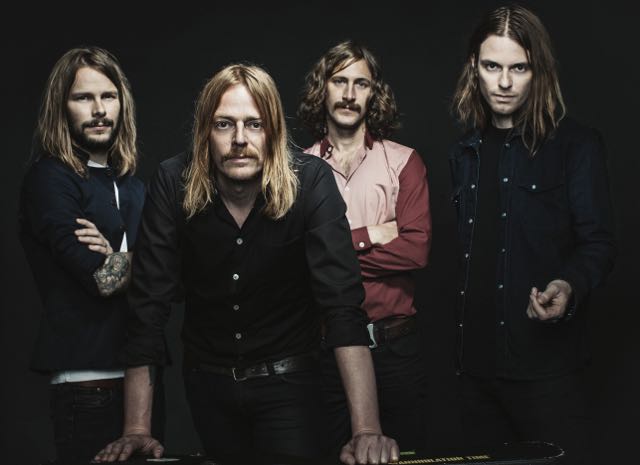 Why did Graveyard suddenly break up last year?
,,We were just fed up with everything. It wasn’t fun anymore. I mean the chemistry in the band wasn’t quite good anymore, so we felt we couldn’t do it anymore.’’

Did you see that moment already coming?
,,Yeah, it was already going on for a while and at one point we really needed to talk about how serious the break was going to be. We just ended up breaking up the band.’’

What did you do after that to reload your batteries?
,,As little as possible I guess. I didn’t play any music or anything. Of course I had to start working again, because I needed something to do. I am specialised in electronics and right now I work for a Swedish synthesizer company who makes drum machines and samplers. It is fun to repair something that has something to do with music.’’

,,We try to take it all a little bit slower’’-Joakim Nilsson 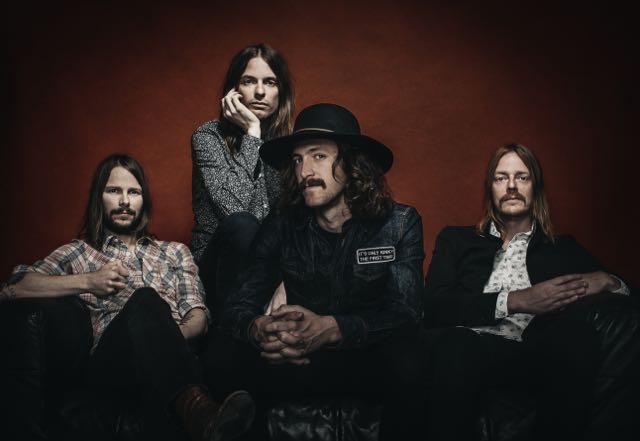 Suddenly Graveyard is back in business again. How did that happen?
,,We spent too much time together before the break I guess, but after a while after the break we started hanging out again and started talking. At one point we just decided to get back together because we felt this is the thing we want to do. But it isn’t the same band anymore, we have a new drummer.’’

Do you handle things different now and try to avoid mistakes you made as a band in the past?
,,Well, we haven’t done that much yet, we just did a few shows. We’ll see when we are back on the road again for a longer time what will happen. But we try to take it all a little bit slower, also because of our personal life.’’

Why are you in this business, making music?
,,I don’t know if I want to be in the business but I do know I just want to play music. Everything else comes with it, such as social media which takes the real focus away, and that was one of the reasons why it wasn’t fun anymore at one point.’’

You grew up listening to Swedish punk rock music. Is there any punk rock mentality in the band?
,,Absolutely! I still define myself as a punk rocker, political wise and the way I look at life.’’

,,We don’t have the loudest crowd I guess but we have a good crowd.’’-Joakim Nilsson How is it for a band like Graveyard to play on big international festivals, dealing with a diverse line-up and crowd?
,,It is good. We are not a real metal band but I think people on a festival enjoy the fact that we are not a metal band, and are a bit different than everything else, which is no loud music all the time. I think the crowd treats us pretty good. Of course it is cool to play a bigger stage on a festival but that isn’t necessary a good thing. We actually don’t need that much space when we are on stage. Playing a club show or festival are both fun but we are not a band that runs around on stage.’’

What gives you the ultimate festival vibe?
,,Mushrooms [laughing] and see fun shows.’’

What gives you the adrenaline, the rock and roll vibe, on stage?
,,The music. I just love playing music. I need the motivation of everybody in the band. The communication between the musicians on stage, you don’t have to say anything you just play together. And then there is the crowd. We don’t have the loudest crowd I guess but we have a good crowd.’’

Are you a party or a boring band on the road?
,,I think we are boring right now. When we are on tour I try not to drink as much, because I have to take care of my voice, but we just take one day at the time. It is not something that you really think about, but we are serious when it comes to playing, we don’t want to sacrifice a show because we have to party or something. We are not 15 anymore and we can handle our things.’’

What plans does Graveyard have for the near future?
,,We played festival shows this summer, we have a tour now during fall and we try to write new music. Writing music is a slow process for us and it takes a while for us to write a song. We don’t like the rush; we want to make a good record as we possibly can. I think it is hard to say what defines a good Graveyard song because I think all of our songs have quite a big diversity to them.’’