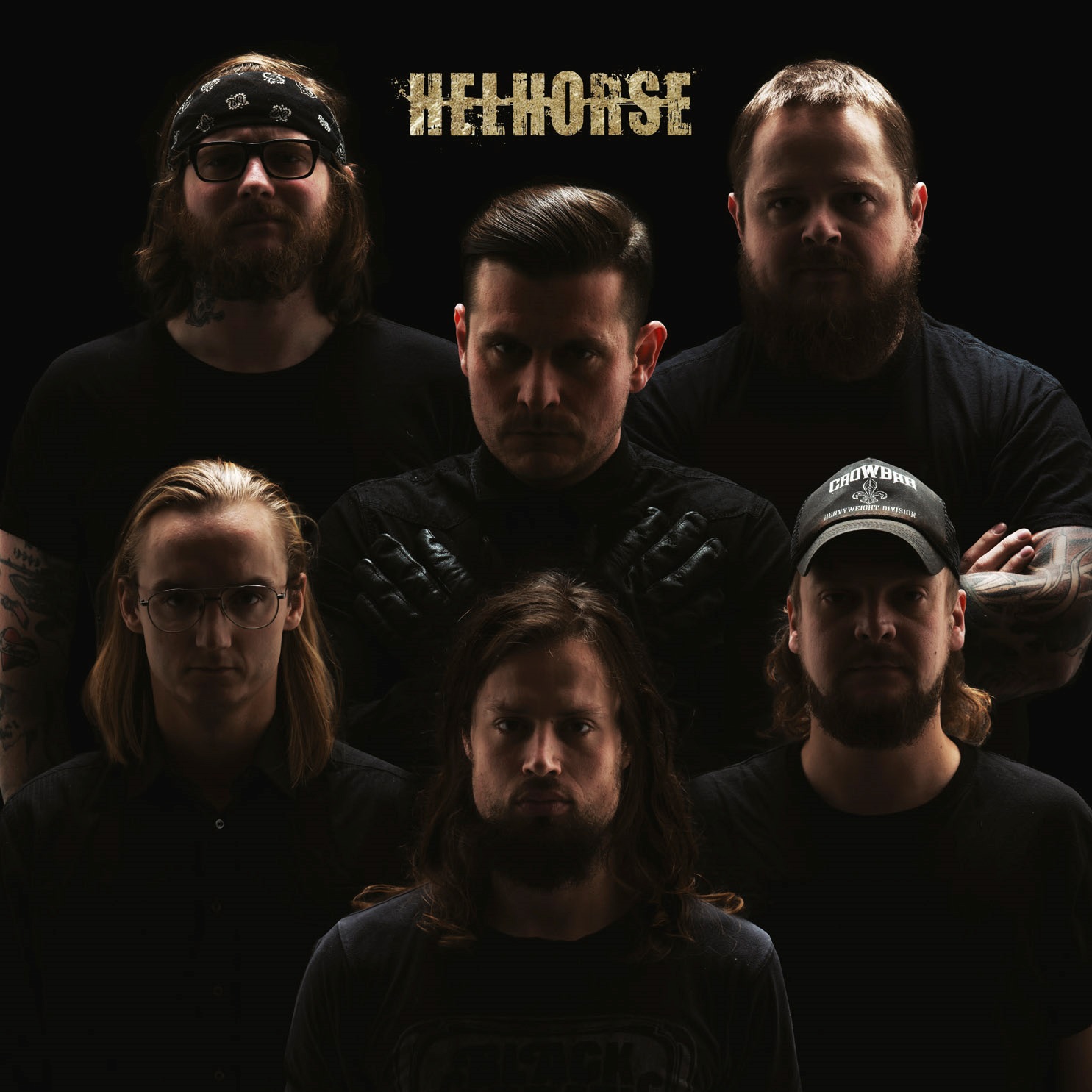 This weekend (Friday 2nd and Saturday 3rd September), the 3rd edition of the CityRock Leeuwarden festival will take place in The Netherlands. The line-up is very diverse and one of the bands that will please the crowd on Saturday for shure is Danish heavy rock band Helhorse. The six-piece describes their music as raw and almost an unholy mixture of dirty metal, punk and classic rock, an intoxicating sound thatis hard to resist. Helhorse has the groove and the attitude and above all is willing to give it all. HeadBangers Lifestyle talked with bass player Theis Thorgersen about how important it is to play on this Dutch festival, what Helhorse is all about on stage and the release of the new CD `Helhorse’. 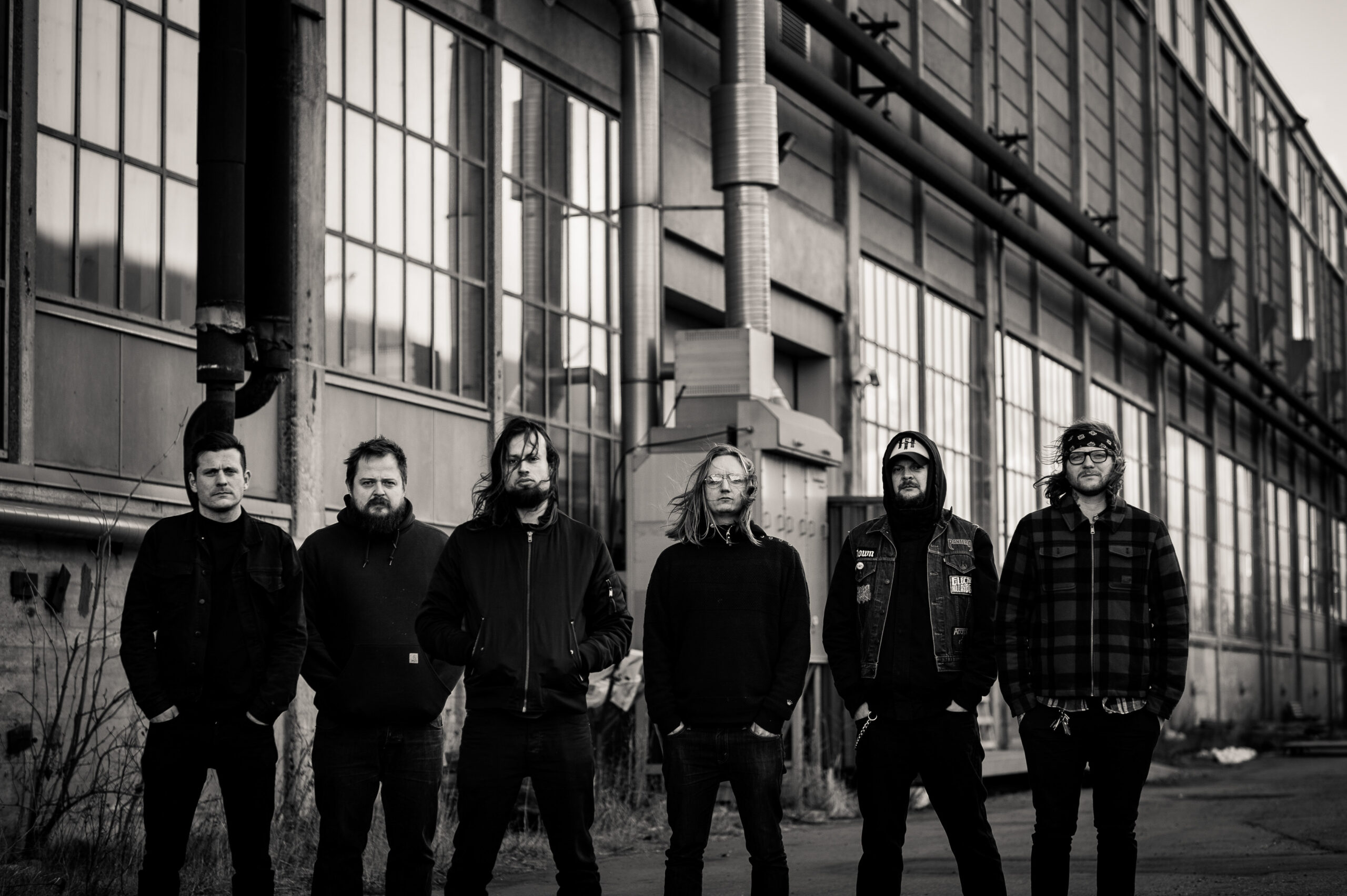 How important is it for Helhorse to be on the bill of CityRock Leeuwarden?
,,For us it is actually pretty important, it is a huge thing. It looks good for us to present our name on any bill for that matter. It is really nice to be able to say we are playing a festival in Europe; the line up is really sweet with some very good names. We are proud and happy to be part of it.’’

You will play early on the day [12:55-13:35 hour], having a playtime of 40 minutes. What makes the travel, all the work and effort worth it?
,,It makes it worth it because a festival is a big gathering, in this case of Dutch, people, we won’t have an option of playing for if we were just going to play a club show for example. So there is a lot of good exposure when playing a festival, because people are already there. So maybe somebody will say `oh, this sounds interesting, let’s go check them out’. That’s why it makes sense to drive halfway across Europe to play 40 minutes. We packed some other dates around it because we really want to impress the hell out of the rest of Europe so we are taking anything we can get.’’

What will the crowd witness when Helhorse is on stage?
,,First and foremost a band that is having fun and playing great music. It’s going to be 6 people giving it all, who enjoy playing and having a hell of a time. We will do our best and hopefully the crowd will be a big participant in making these 40 minutes stand out. We are going do our best to crack up the party.’’

Are you the type of band that is interactive with the crowd?
,,Yeah, actually Mikkel our main vocalist is a chatty guy when it comes to the crowd. He always tries to have the crowd participate, doing mosh pits and all. So it is not just going to be us playing songs, hopefully there is going to be a big circle of energy between the band and the audience.’’

What makes Helhorse a good festival band and fitting the bill of CityRock Leeuwarden?
,,Because we are not a metal band and we are not just a rock band or a hardcore band. We have elements of different styles that kind of appeal to non-metal heads. With a festival like this where you have bands like The Hives and De Staat for example, we can appeal to different types of audience. Without to brag about ourselves I think we fit really well into the mainstream or non-metal type of festival because we have the ability to appeal across genres.’’ 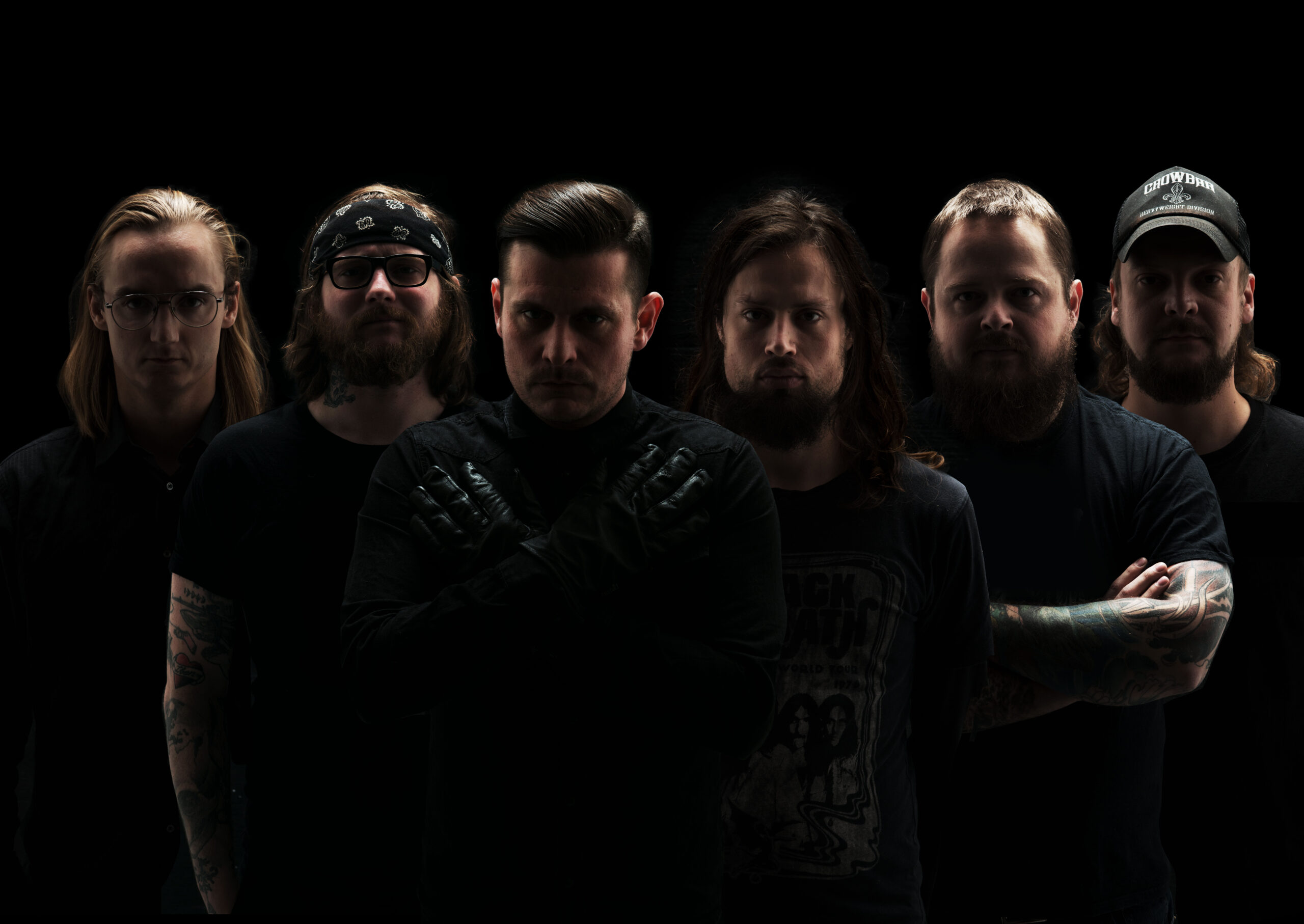 What are you hoping to accomplish with this gig, besides get the crowd moving?
,,Make a lot of noise and make the Dutch people remember Helhorse. Hopefully they will say that this was an awesome experience and start telling their friends about it.’’

What makes you smile when you are on stage?
,,The good breakdown riffs! We have a song called ,,Fuck Art, Let’s Kill’’ and when that song kicks off, that instantly gets me going. This song is usually a crowd pleaser because it is a groovy, groovy riff. Even if you don’t know the song you get that riff pretty instantly. So that makes me smile a whole lot and moving and headbang. And crowd participation is always fun.’’

Who do you hope to see on the side of the stage watching your show?
,,My favourite name on the bill is The Hives. I really love that band, they are an awesome live band. If they would come and hang out at our show that would be awesome!’’

So far mainly Denmark has been your stage. Is it difficult for Helhorse to get tours and gigs outside Denmark?
,,It is becoming a bit easier since a band like Volbeat made huge success in Europe and the rest of the world. They paved the way for Danish bands and now people know Denmark excists and produce metal, rock bands and are more willing to check out bands from Denmark. Denmark has not the same rock tradition as Sweden. Sweden’s rock and metal history is awesome. That is one thing I envy about that country, they produced so many great bands.’’

What drives you as a band and what is your motto?
,,Hard work and live shows. That is basically it. This band is running for 10 years now, so it is not something that started yesterday. We have always been dedicated to hard work, to play live shows. Every now and then you have this `oh why are we doing this? Nothing seems to happen’, but when you play a show you realize that’s why we are doing this!’’

Your new 3rd CD `Helhorse’ is just released. What are the selling points of this album and why should people buy it?
,,It shows a nice progression of our two previous albums. We have tried to work more on the songs instead of just having riff on riff. We also worked on creating real melodies. It is a nice development of Helhorse plus it is groovy as hell. It is something that will make you want to drink beer and nod your head. That is why you should buy it!’’

What are your last words to your potential crowd?
,,Hopefully you decide to go CityRock Leeuwarden because we are so much looking forward to come over and rock out with you. It is going to be one big party.  Before this show we play in Hamburg and Cologne so we are in top shape! It is going to be a bad ass show!’’
—
Follow Helhorse on Facebook and their Website