HIGHWAY CHILE And PICTURE Come Together For 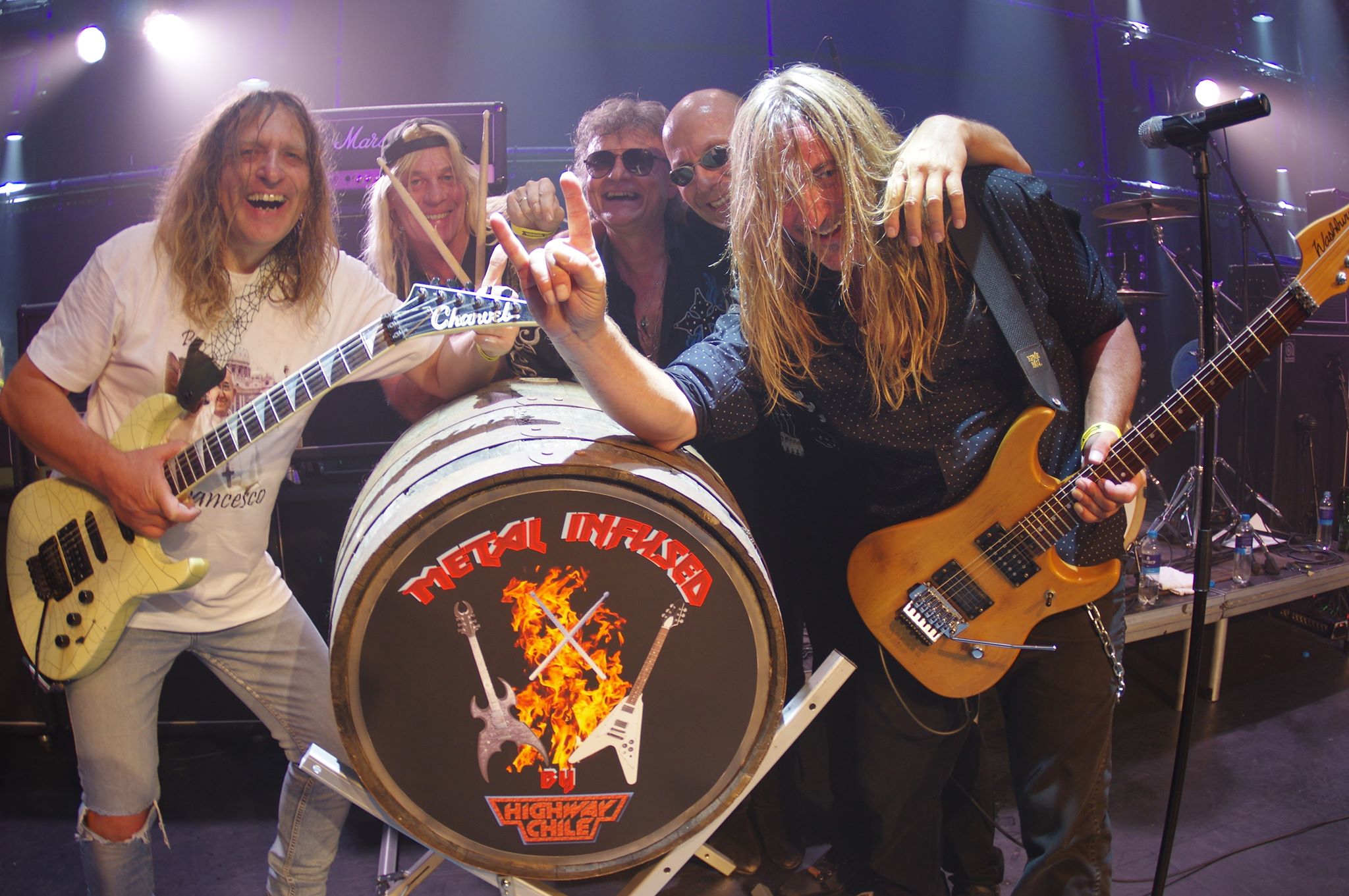 HIGHWAY CHILE And PICTURE Come Together For

A Metal Infused Whisky And A Night To Remember

On Friday January 24th a unique event will take place in Zoetermeer (NL). At ‘De Boerderij’ you can witness a double concert by Highway Chile and Picture, two legendary Dutch rock bands who had their heyday in the 80s but who are still very much alive. The evening will be a tribute to one of the most popular Dutch radio discjockeys and record producer Alfred Lagarde, who passed away 22 years ago but is never forgotten because of his weekly show ‘Betonuur’, which was legendary. Besides the tribute it will also see the introduction of Highway Chile’s very own Metal Infused Whisky. What will make the evening even more special is that Armand Vanderstigchel, Highway Chile’s original singer and also occasionally HeadBangers LifeStyle contributor, will come over for the United States to play with the band. Enough reason for HeadBangers LifeStyle’s Hans van Peppen to contact singer Stan Verbraak and guitarist Martin Mens of Highway Chile.


Dutch radio legend Alfred Lagarde (April 2, 1948 – January 1, 1998) always said that at a time when radio stations still had a big influence, in contrast to today where the Spotify’s of this world control the music for the younger generation. Everything changes, I know, but radio programs like “Betonuur”, “Vara’s Vuurwerk” and “Countdown Café” (with live music from metal bands on Dutch mainstream media!) never come back. Alfred Lagarde was more than a disc jockey but my interview partner knows a lot more about him than I do. So let him do the talking! Here is the singer of Highway Chile/Helloïse , 5150, Stormbringer and the Dan Stennis Band and I might forget some other bands or projects. I’m talking to Stan “The Man” Verbraak. 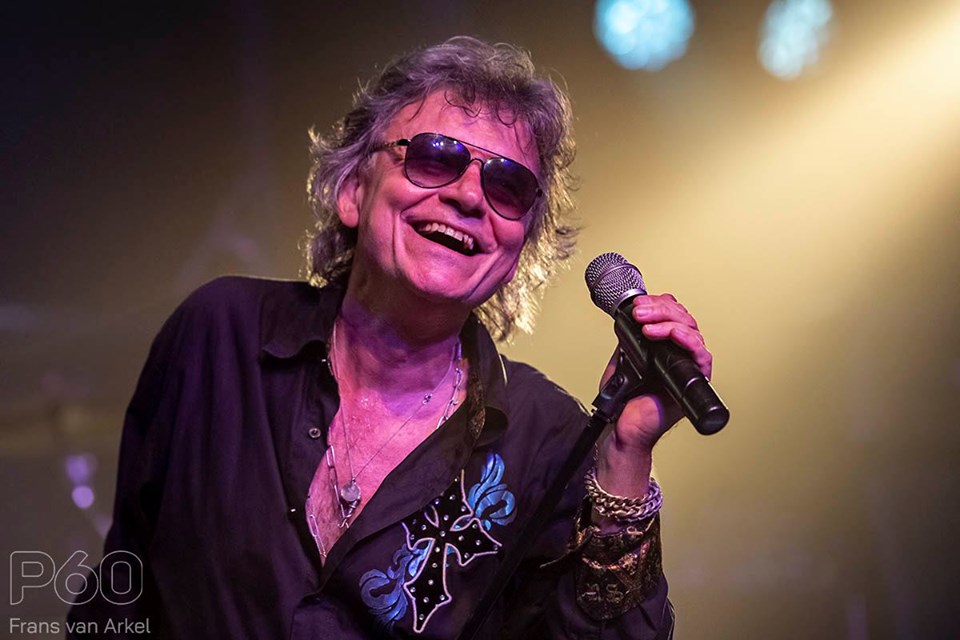 Stan Verbraak (Highway Chile/Helloïse)   Photo by Frans van Arkel
Hello Stan, on the 24th of January you are playing with the Highway Chile/Helloïse package at “De Boerderij” in Zoetermeer (NL) together with Picture, as a special tribute night for Alfred Lagarde. What are your first memories of Alfred and why this tribute to, I might say, a warrior for hard rock, on the radio?
,,Before I joined Helloïse in 1984 I was in a band from Arnhem called Zebra. We had drawn some attention from the Vara Vuurwerk team and were invited to record 3 songs in their studios in Hilversum. During that process our producer Frank Klunhaar called Alfred and told him to get his ass over quickly and come listen. So he did and a few weeks later we were recording more demo work with Alfred as producer. In the middle of the night he drove me back home and woke up my wife with a kiss; something she will never forget.”

I always listened to Betonuur and Countdown Café, even taped the programs back in the days, but you guys played there live with Highway Chile and Helloïse. How did that go back in the days? Did you call him, or was it the other way around?

,,Actually I wasn’t part of Highway Chile at that time, however we had similar experiences with Helloïse as you will remember as well. I’m not sure how things were arranged at that time, I think it all went via our management (Michel v.d. Moosdijk!,– nowadays a valuable part of the HBLS team).” 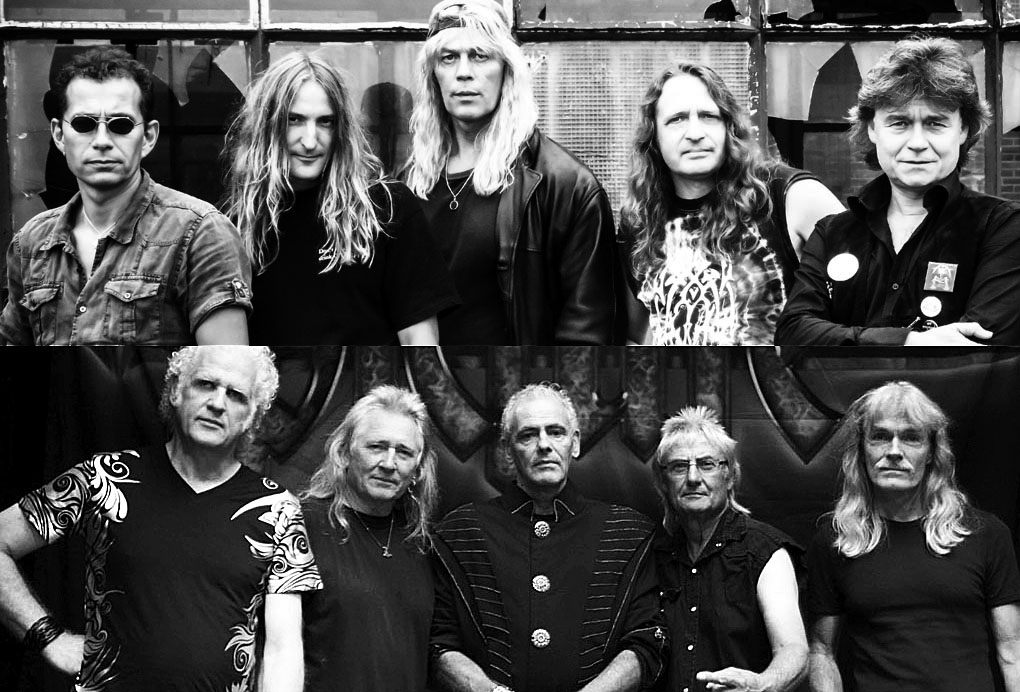 Top: Highway Chile Bottom photo: Picture
What can we expect from this “Tribute To Alfred Lagarde” show?
,,Besides two solid hard rock performances by Picture and Highway Chile the audience can expect to see and hear Kees Baars (he made Countdown Café together with Alfred) speak about Alfred, show photos, play Alfred’s favourite music, and interview some key band members. It will be an evening that cannot be ignored by old school Dutch hard rock and metal lovers! Obviously we will also bring our “Metal Infused” Whisky barrel for further enrichment with rock music and crowd participation. Don’t miss out!”

Every renowned band has its own beer or whisky these days. I mean, giants like Metallica, Iron Maiden, Motörhead, Volbeat, AC/DC, Slayer and even Martyr for example. But now, my dear metal freaks, we have the Dutch band Highway Chile who is coming with their own Metal Infused Whisky. That barrel with whisky is standing on stage while the band is performing a live show! Martin Mens, guitarist of Highway Chile, tells us more about the idea of the Metal Infused Whisky. 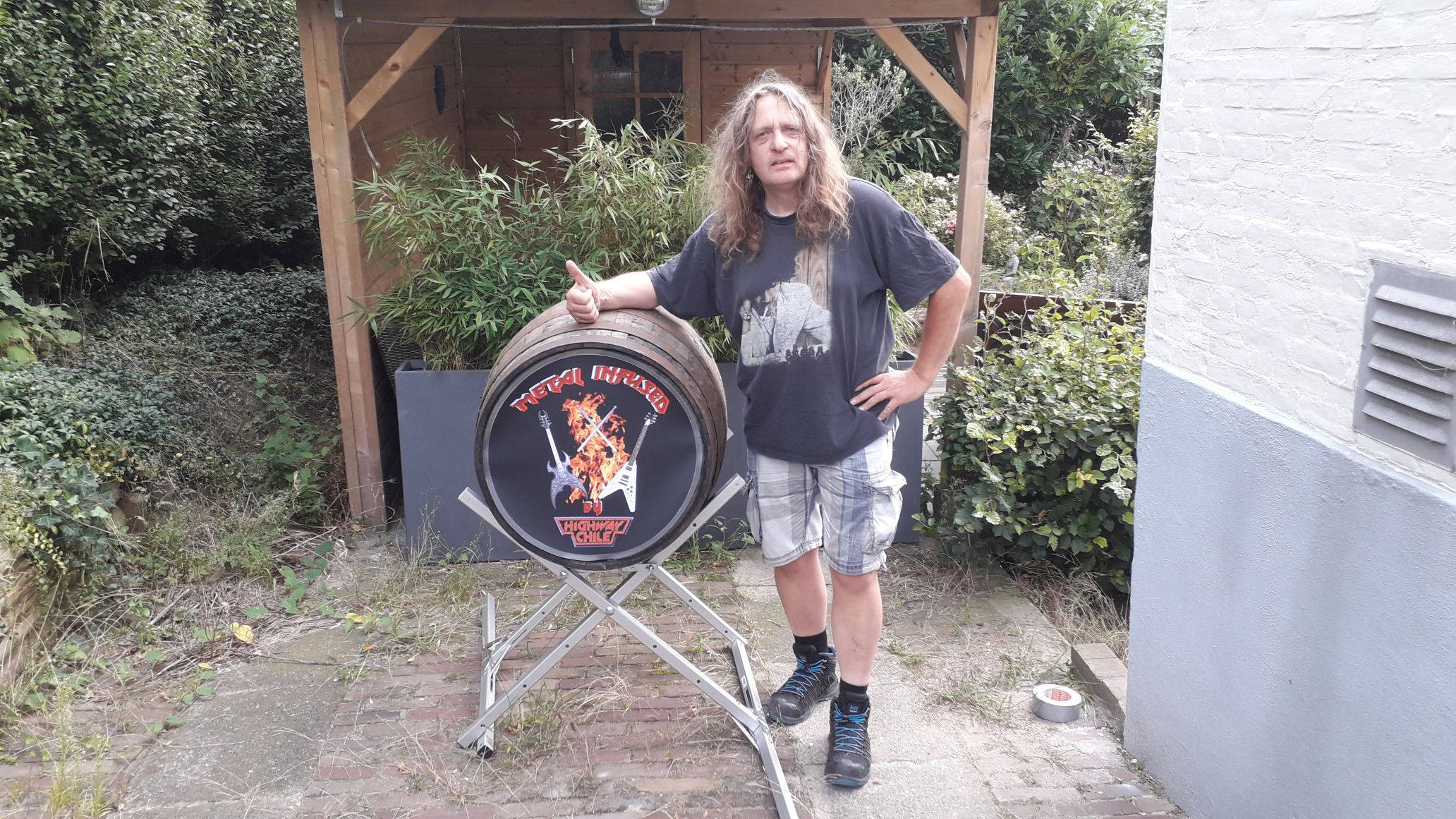 ,,Last year Maurice van Wees, a good friend of mine, owner of a huge import company of drinks in Amersfoort and, let’s not forget, a Metal music lover, had the idea of bringing his own whisky on the market in a special way. It’s a Benriach with an alcohol percentage of 57%band it has been aging now for 15 years. Maurice also plays guitar very well, but not in a band, so I suggested to him to do this with Highway Chile and give the whisky a special flavour. Metallica has its whisky lying in a warehouse where the music of the band is coming out of hanging loudspeakers. So we thought we could do this better by bringing the whole barrel on the stage and giving it a Metal Infused treat by our heavy frequencies of the instruments and the yelling and shouting (and sweating) of the public.” 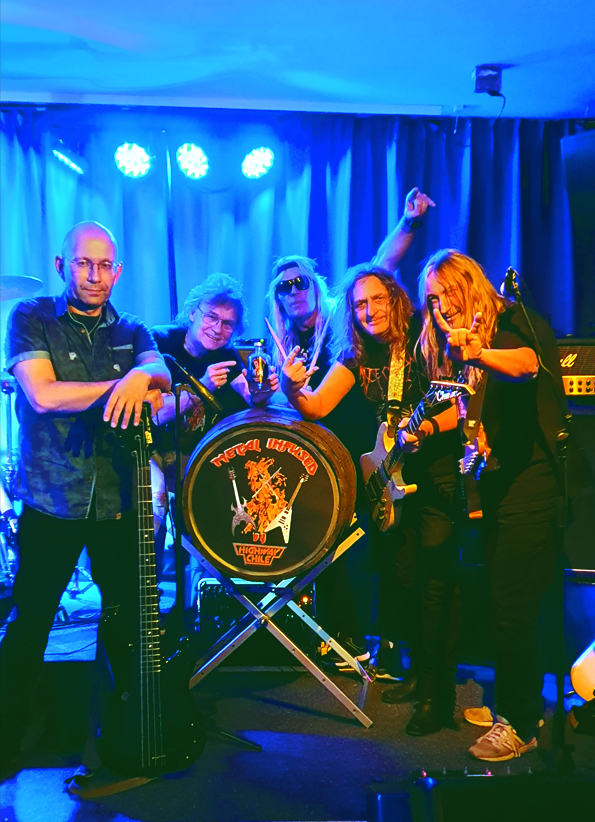 I already went to one of the Metal Infused concerts where you play Highway Chile and Helloïse songs and the barrel was on stage next to you and we all sang the new song ,,My Booze Is Metal Infused”. Are there more new songs coming up, in other words is Highway Chile ready for a new album?
,,I can’t answer that question at the moment. Some musicians are very busy with other bands (Dan Stennis Band, August Life), but I have the idea to bring out an old fashioned single with the song ,,Metal Infused’’ and another new song later this year.”

Are there other dates confirmed where we can enjoy music and whisky?
,,So far, other dates are: Saturday February 1st-‘Crossroads’-Kaatsheuvel (NL), Saturday March 3rd-‘Elektra’-Sliedrecht (NL) and Saturday April 18th-‘N201’-Aalsmeer (NL). We have some more options but not confirmed.”

Will there be a possibility in the near future where fans from all over the world can order the whisky and a t-shirt online?
,,We have not thought about it, but I will discuss it with Maurice because he will be doing the distribution of the whisky.” 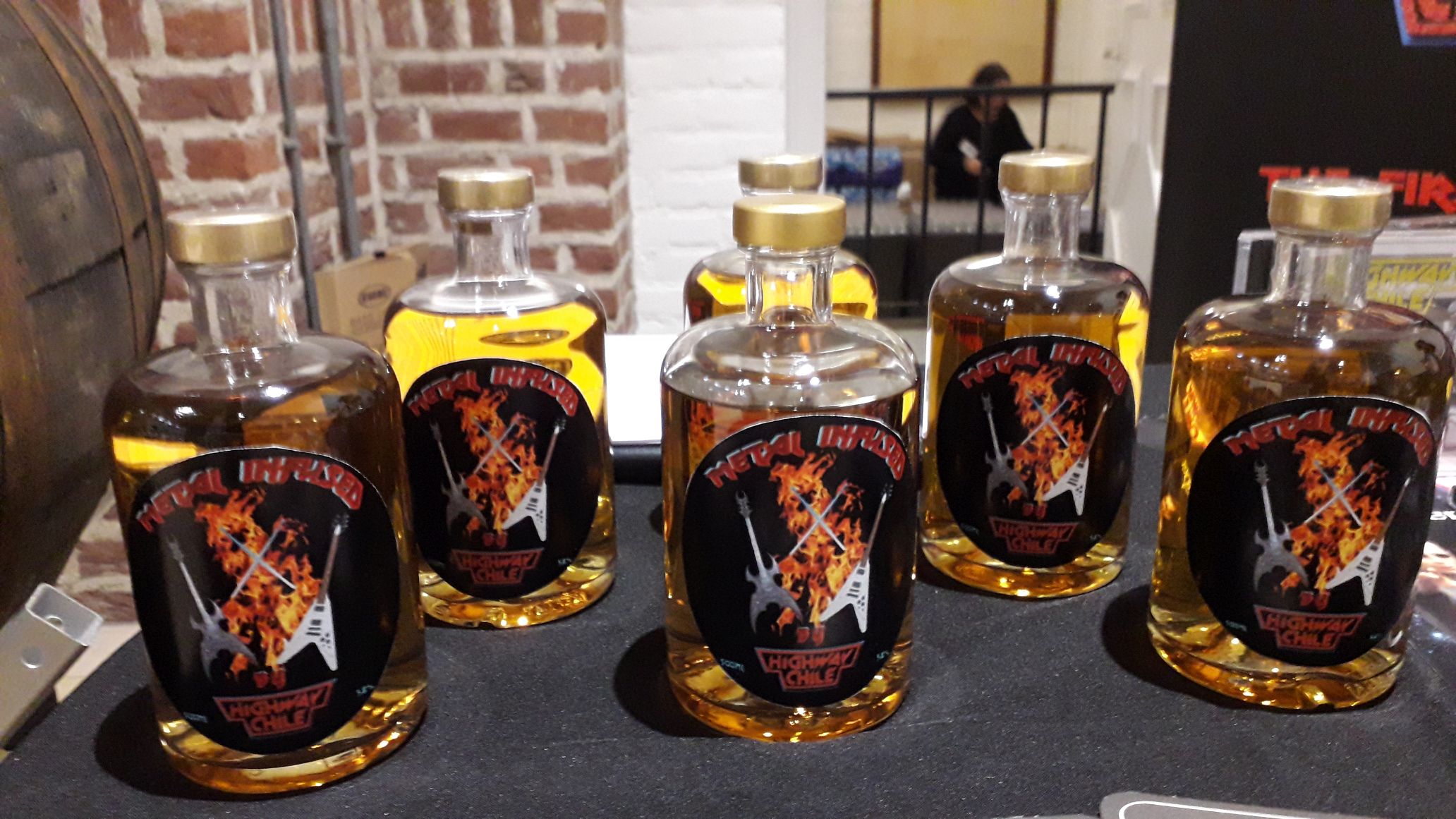