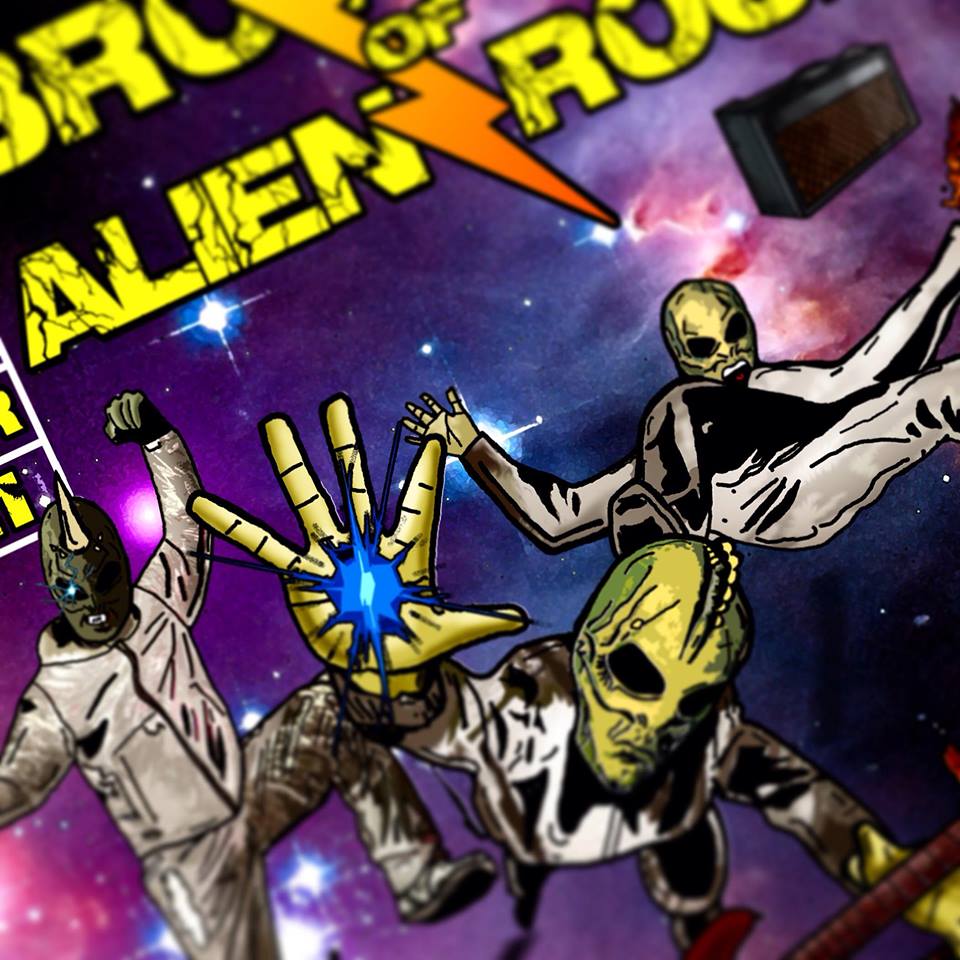 Q&A With BROTHERS OF ALIEN ROCK

Recently HeadBangers LifeStyle teamed up with the nice people of ReverbNation for the third time to give new promising bands or artists a chance to extra promotion and exposure. One band that definitely stands out is BROTHERS OF ALIEN ROCK, who have already been touring the universe, but have been held captive at Area 51 for years! 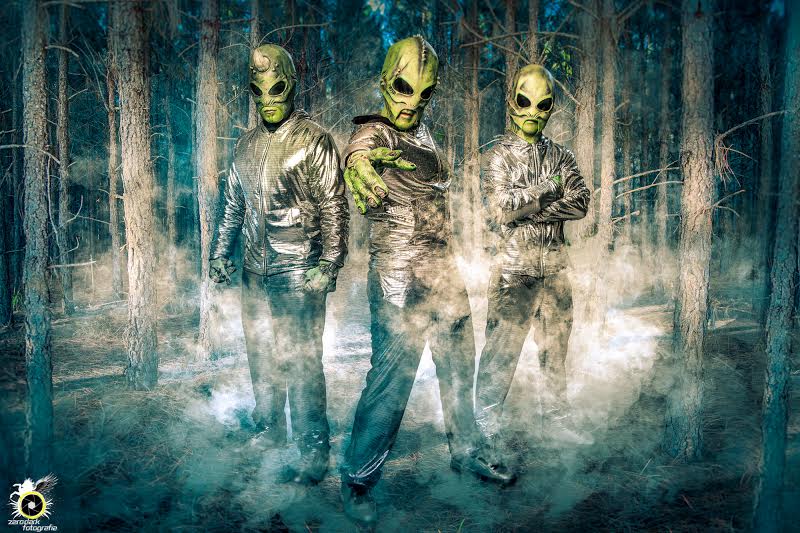 ,,The short version of the concept is that Brothers of Alien Rock are the biggest band in the Universe.”–Inferno Being

What sparked you all to start Brothers Of Alien Rock in the first place?
,,Me and Eleet had both been flying solo and in conquest to bring the live energy to Earth we found each other online through an Alien version of Craigslist. This was back in 2012 and after a few jams together, that rather quickly brought some energetic and electric riffs, it was an obvious match. We also never laughed harder connecting with old movie references along with experiences we were having in finding other members. When we found Lyb our lead guitarist [also on Alien Craigslist] good times were exhaulted but his fret board skills were definitely no joke. He is a tasty shredder like none other and insane about his personal practice skills. Our bassist KnowBot has been a mutual friend of ours in past projects and flies in from different parts of the world to fulfil our live endeavours.’’

How did you come up with the alien concept in the first place and can you explain to our readers what the total concept is?
,,It was a slow evolution from two guys and simple masks to full Alien gear and robots, cartoons, props and sound effects/light shows. The short version of the concept is that Brothers of Alien Rock are the biggest band in the Universe. Totally huge and well known everywhere except Earth, which happens to be the last planet to become aware of the rest of the galaxy. This project is a Netflix, Hulu style series and movie. The music and the band are living versions of the movie that tour and play festivals and comic/film/geek-convention fan-expos around the world. There is also a brand supportive comic series, action figures/trading cards, the whole bit. The movie is set in Earth Time 1947, and an altercation takes place on a planet named Cantina [yes the ENTIRE PLANET is a rough housing biker bar/space port-what.a.party! hahaha], a flying saucer is stolen and a chase scene ensues! 3 alien ships dogfight after each other spinning put of control and eventually all come crashing to Earth. Right in the dusty ole desert town of Roswell, New Mexico. The Aliens lost everything in the crash, except for the guitars on their backs. Thus setting forth the epic journey for the band to learn the ancient wisdoms of how to rock. They eventually worked their way through history for the next 70+ years behind the scenes: learning, writing and collaborating with the world’s most prolific and brilliant rock musicians/bands: Robert Johnson, Hendrix, Beatles, Elvis, Black Sabbath, Zeppelin, Van Halen, the Stones, ACDC, Nirvana.. EVERYBODY. As of this interview, the band was from Roswell last year and is currently being held captive in Area 51, the secret US government facility used for covert and sensitive military operatives in Rachel Nevada. A team is being put together to rescue the Aliens from Area 51 and bring them directly to the stage to play the first annual ALIEN STOCK. This 3-day event started as a Facebook meme joke event page that sprouted into 3 million attendees signing up to a party to raid the compound. But now more it’s more to party it! LOL Check out our Indiegogo [here] funding page and all social media to get the step by step plan of how we are building momentum to free the Aliens and rock a most.epic.show. m/ <*> m/ ‘’ 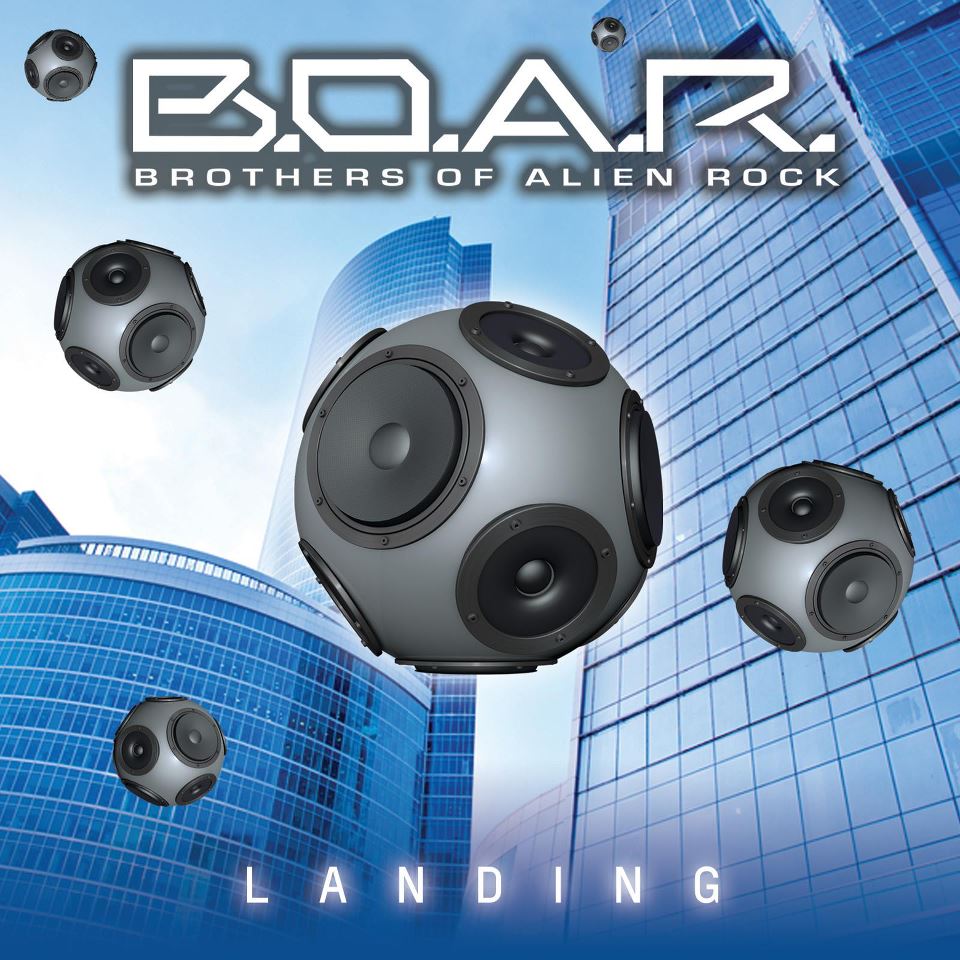 Starting a band and having a visual idea is one thing but to actually realize such an extended concept it is something else. How did that road went for the band and how did the band evolve you think since the formation?
,,It started with just me the guitar player vocalist and my friend Eleet Kraft on drums and vocal harmonies. I had my guitar wired with 2 jacks; one signal being sent to a bass rig and another signal to a guitar stack set up. So it sounds huge and badass. Sorta like old Local H or Royal Blood beefy-ish. I was feeling self-conscious about playing live at that time in my life, so I suggested we both wear these half skull masks. Then we added a member named Lyb Onarf, the guitar shredder with vocal harmonies. We also upgraded the masks into bulbous brains and started wearing silver jump suits. Eventually we upgraded the suits with a company named Beta brand and some other times we switch it up with F.B.I. suits and still the big green heads.’’

How have you transform your ideas in music and lyrics and what can you tell about the CD releases so far?
,,We have two releases so far, ‘Landing’ and the most recent, `We Come From Outer Space’. The lyrics are very human and relatable but are peppered with many celestial/cosmic tones.’’

Who is taking care of the visuals, drawing the cartoons, the artwork, making clothing etc.?
,,We have all the ideas but outsource the final execution on the merchandise. Like we had somebody make the heads, while we worked out a deal with Betabrand on the cloths. Much of the video work is done by me and also the amazing NYC filmmaker Kevin Moy. Artwork is by a buddy of ours and an incredibly talented multi artist named Jake Estrada.’’

Just like the early Kiss, Slipknot, Gwar and Lordi for instance, do your only go in public or on photos with mask and stage outfit to stay in character?
,,Yes always in character. This is us. It is way more fun.’’

Describe your music in 3 words maximum.
,,Energetic, melodic and a real tight journey!’’ 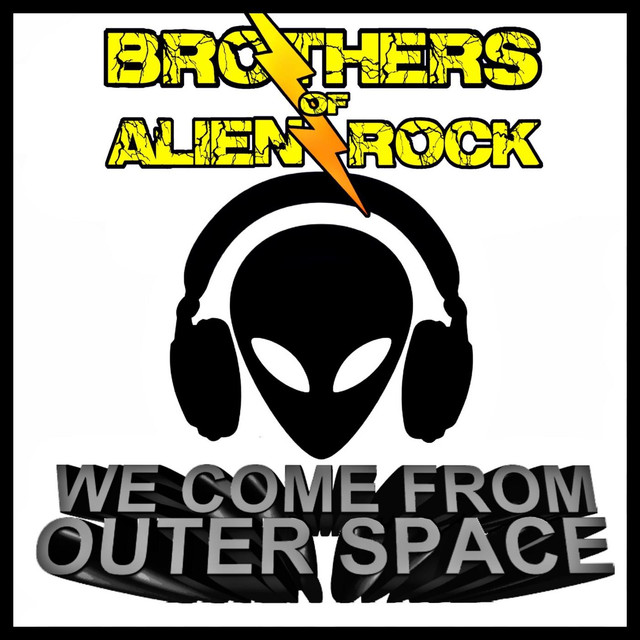 What makes the music of BOAR really different from other bands in the music genre?
,,The music is incredibly melodic and on fire, but the real difference is that we have every part of the music tied in within the merch, props, video, etc. and really all wrapped up in the story. The idea is to bring more than just the music, but an emotion filled heroes journey for the viewer/listener to get immersed into.’’

How essential is it for you to work with a producer?
,,We have worked with several and we always have realized that another passionate set of ears and thought definitely helps the cause.’’

Why did you decide to do a cover version of ,,Locked Out Of heaven’’ by Bruno Mars?
,,We are students of all genre and good is good. As soon as I heard the slow breakdown in the original, l instantly heard heavy guitars and screams, mixed with layers of Queen-like harmonies.’’

What do you want to achieve with BOAR?
,,Alien disclosure through music, movies and live performances to support the story.’’ 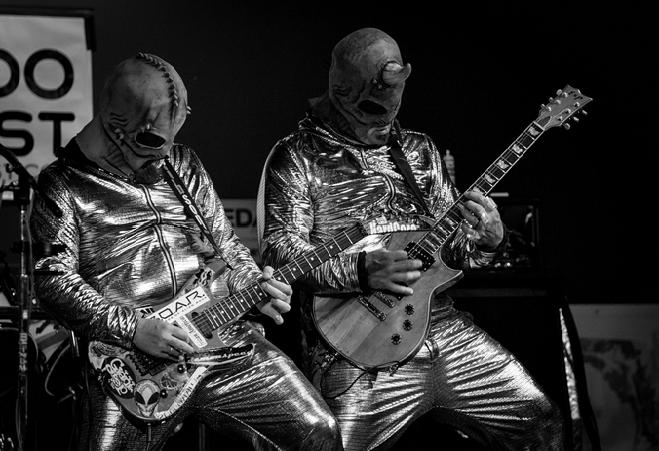 ,,Just so grateful to all the earthlings that have been there for us.”–Inferno Being

What made you decide to [also] release your songs through platforms like ReverbNation?
,,It’s a great platform to organize all of your media. Super easy to get out EPK’s to sources and fun to manage the stats. AND they put us in touch with you guys here at HeadBangers LifeStyle! The best m/.’’

How important are social media and the Internet for spreading the name of BOAR and how do you use it?
,,Super important. We use it to tell our story, test out new jams and focus directly on the core audience that would dig our whole deal.’’

How far would you go for success?
,,Do it every day. Living it!’’

What drives you as a band?
,,Making great music and seeing people feel the band live. Someone said the other day that they got the chills from one of our songs. As soon as I heard that, my mission was accomplished. Just so grateful to all the earthlings that have been there for us.’’ 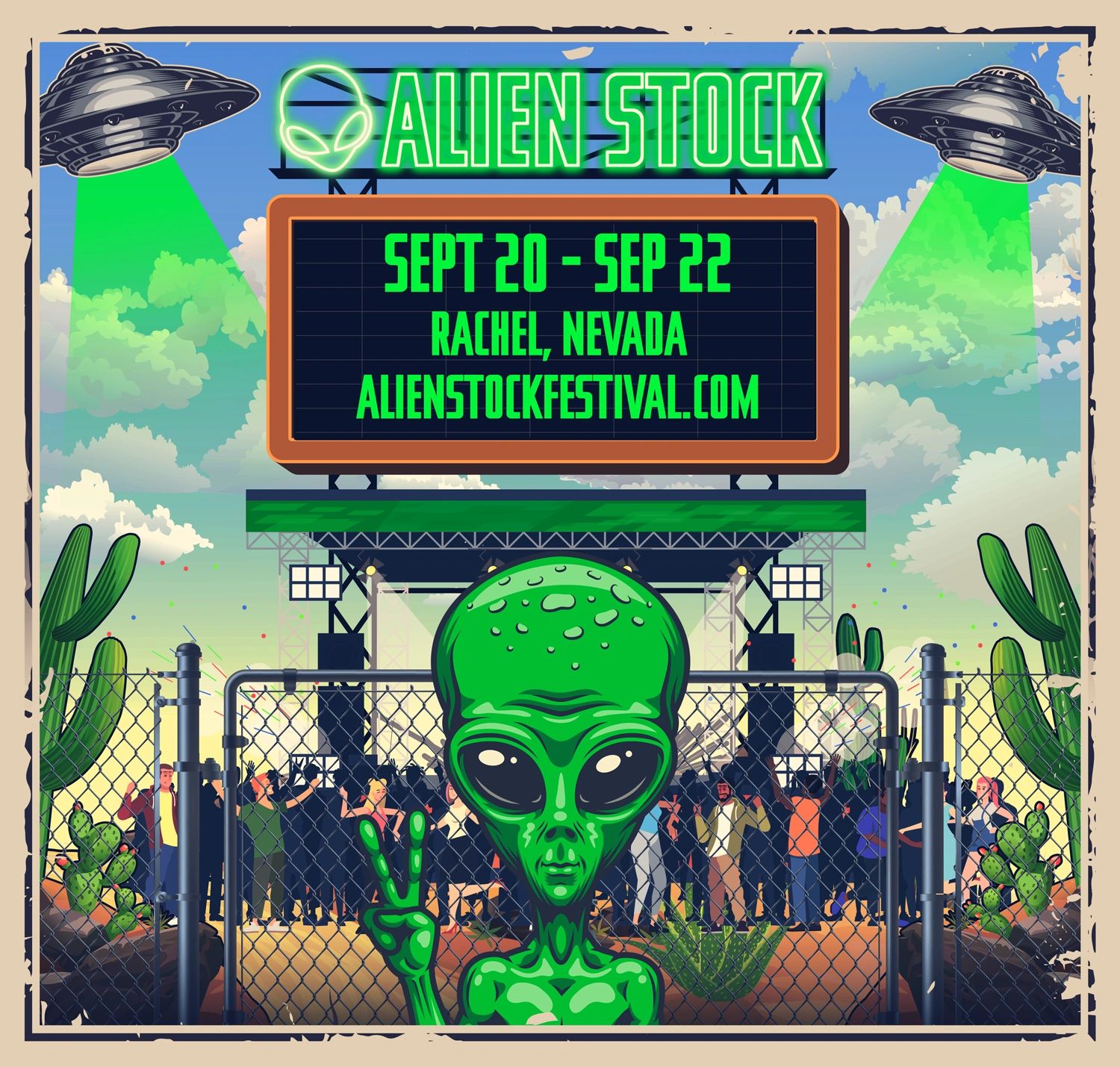 What is the band’s biggest achievement so far?
,,Playing the Roswell, NM UFO festival and then shooting a video [for our song ,,Reconnected”] right on the exact point of impact of the infamous UFO crash of July 1947. That land was never open to the public for 70 years, until we opened the case. Now it is once again closed off from the public. A pocket in time we had. Absolute history in the making that week.’’

How do you get your live shows?
,,Go after them, and with help from a few promoters, managers, etc.’’

What can people expect when they come to see a BOAR live show?
,,A full audio visual assault and great times singing along, going crazy.’’

What is in the agenda for the band the upcoming months?
,,Break out of Area 51, play the show and get this movie and album into production. Its basically the pre-quell to the movie “Paul”.’’

What is the bands motto?
,,“WE COME FROM OUTER SPACE, AND NOW ITS TIME TO ROCK YOUR FACE”’’ 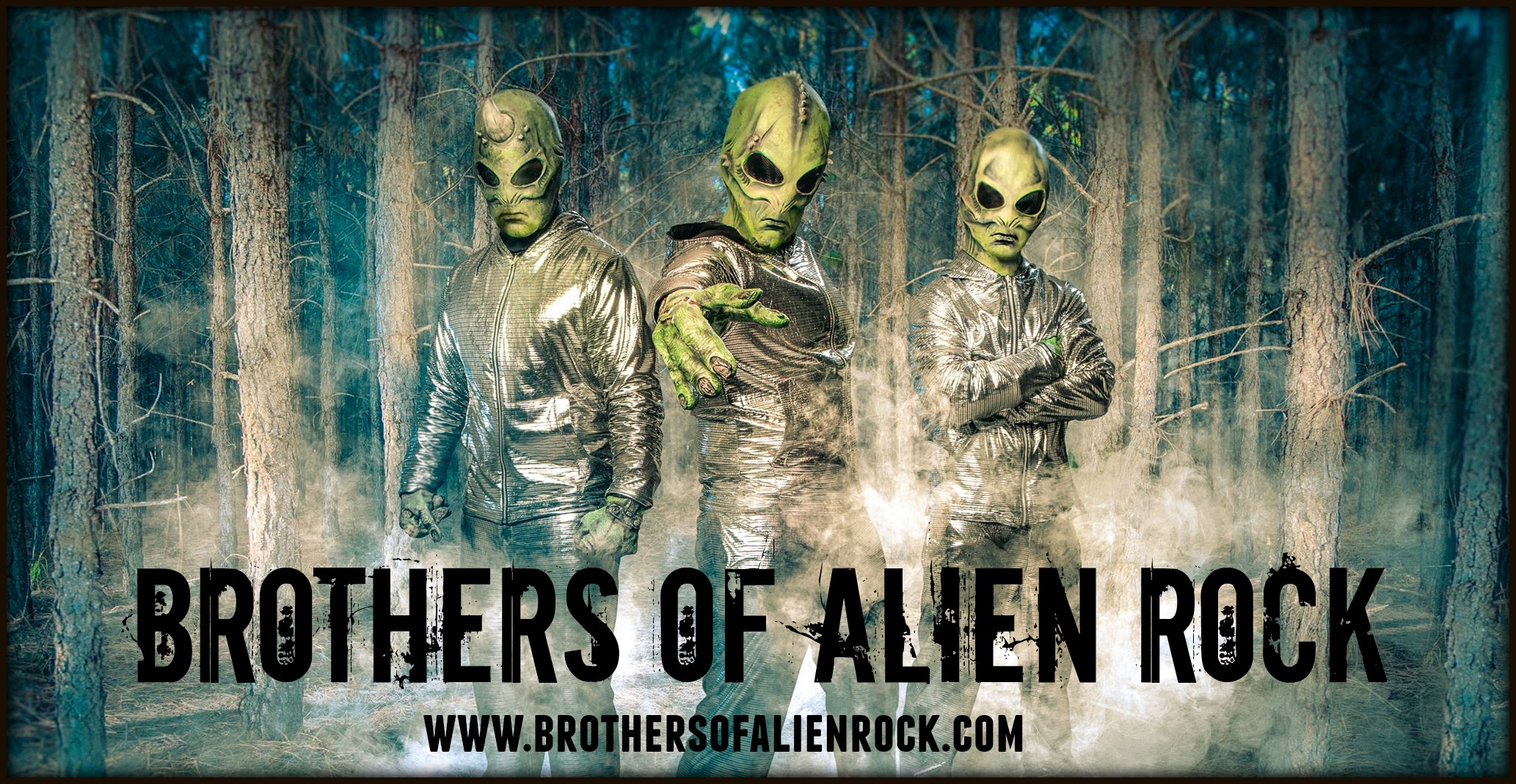