IN THE SPOTLIGHT: MY OWN SHIVA 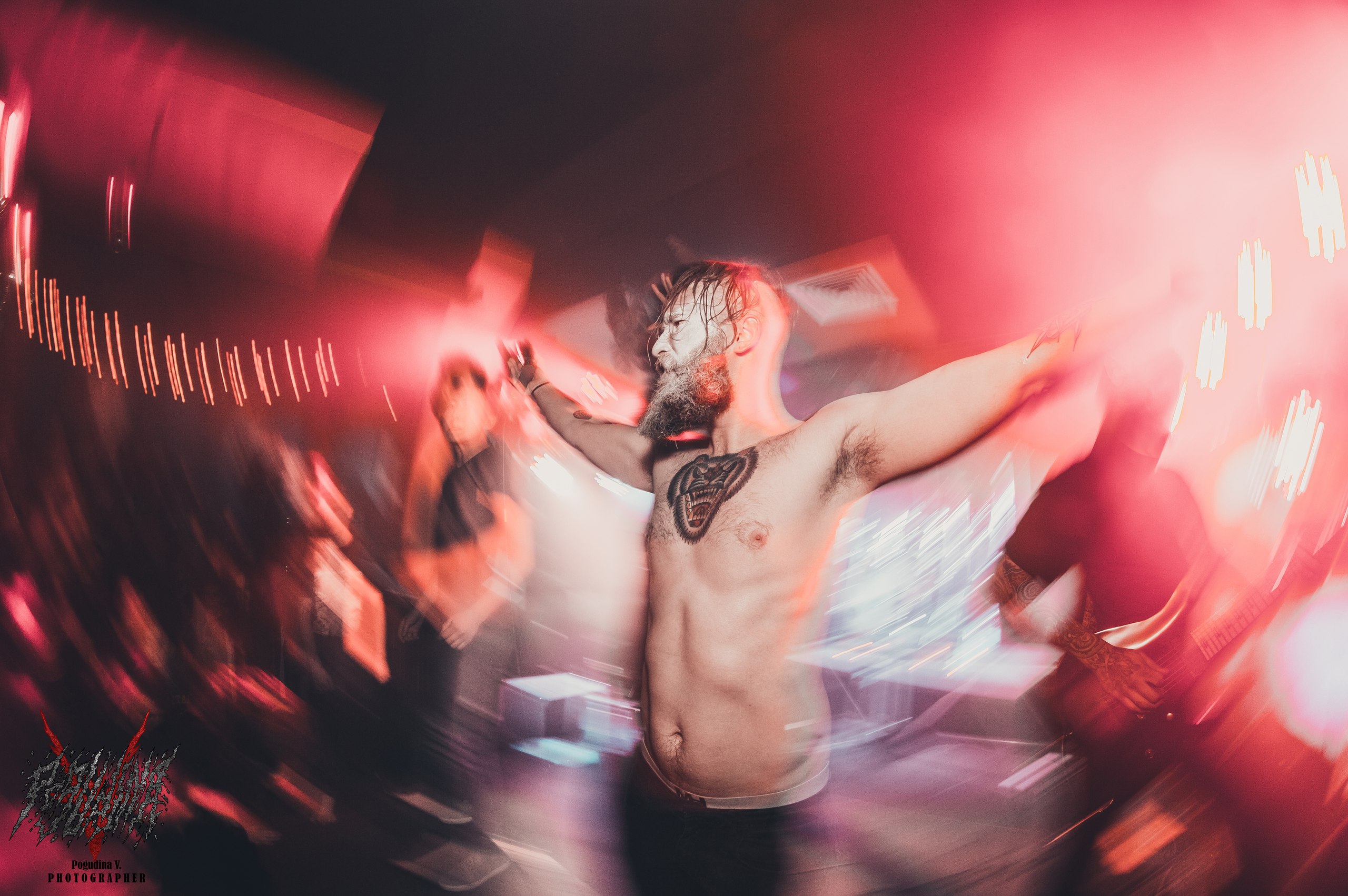 IN THE SPOTLIGHT: MY OWN SHIVA

Recently HeadBangers LifeStyle teamed up with the nice people of ReverbNation for the second time to give 5 new promising bands or artists a chance to extra promotion and exposure. We were overwhelmed by the number of bands that submitted their songs. Believe us when we say it was hard to choose because there were many promising bands and artists between them. At the end of the day we received almost 1200 submissions. Now it’s time to put the winners in the spotlight. The fifth and final band we want to introduce to you is MY OWN SHIVA 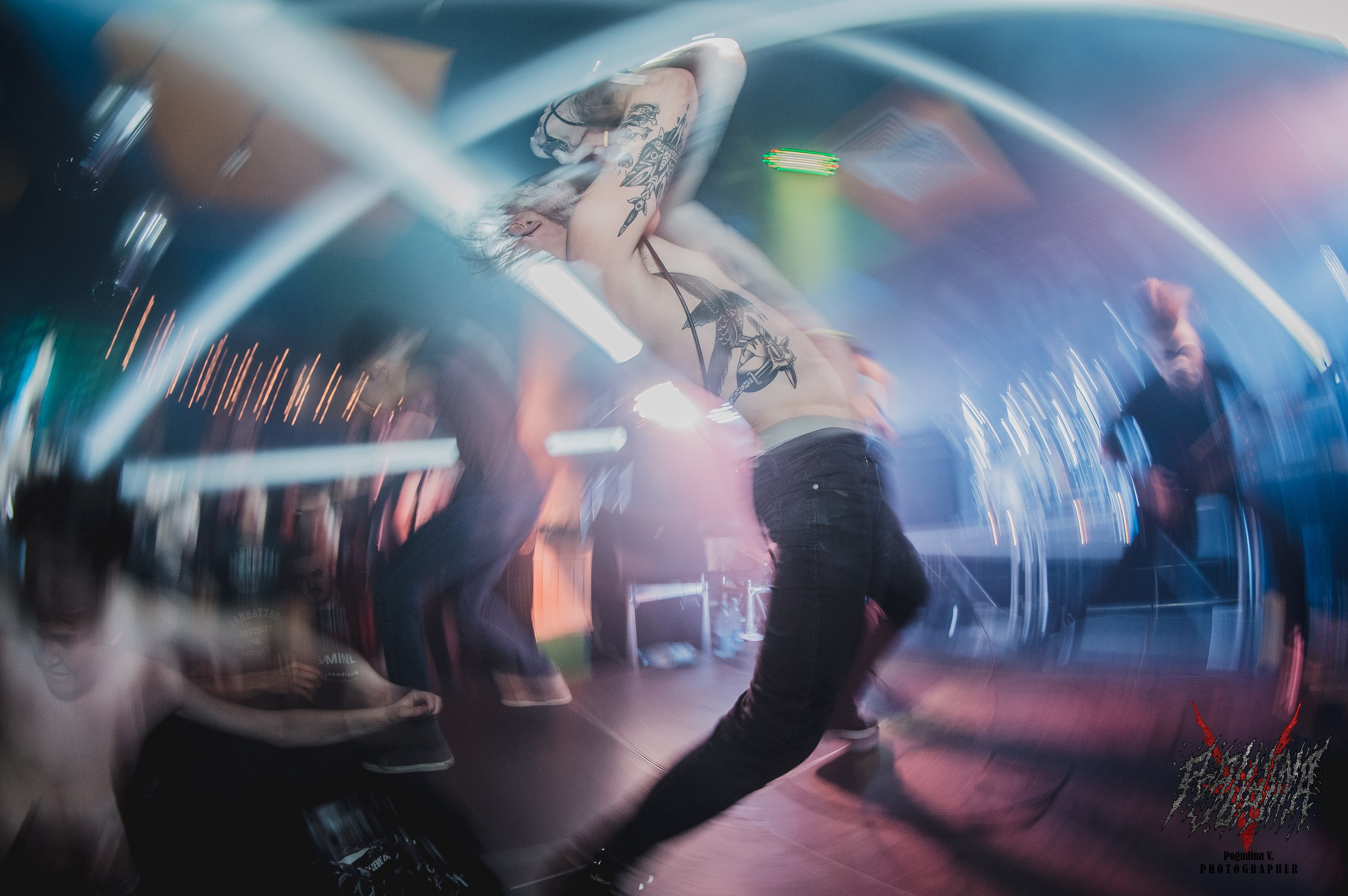 Hailing from Bishkek, the capital of a tiny country in Central Asia called Kyrgyzstan, MY OWN SHIVA tries very hard to break through the sound barrier of their local underground scene, hoping to be heard in the rest of the world. And hell yeah, they do need to be heard because these four guys compose great and energetic songs based on the djent, hard core and metal core genre, giving it their own twist and turn. Because these guys don’t have the support of a record label or management, the band release singles and albums DIY style and although the road to worldwide acknowledgement and success seem long, the band is willing to walk this road with dedication and passion. HeadBangers LifeStyle asked vocalist Michael Efimenko some questions to introduce MY OWN SHIVA to our readers.

,,We really want to travel the world with our music’’-Michael Efimenko

What sparked you to form MY OWN SHIVA in the first place, back in 2016?
,,We realized that we want to make music on a more serious level. We assembled a team, recorded the single `Azrael’, started performing and learned that we can truly achieve success.’’

How and when did you guys meet actually?
,,We already knew each other for a long time because we live in a small town where everybody knows each other, especially if you are a heavy music fan. We all visited the same parties and we were all united by the love of heavy music and the desire to do something serious.’’

What do you want to achieve with MY OWN SHIVA?
,,After recording our albums, we came to the conclusion that we need to shoot music videos as well. But videos are just a step to our main goal. We really want to travel the world with our music, do what we love to do and earn money with that love and passion.’’ 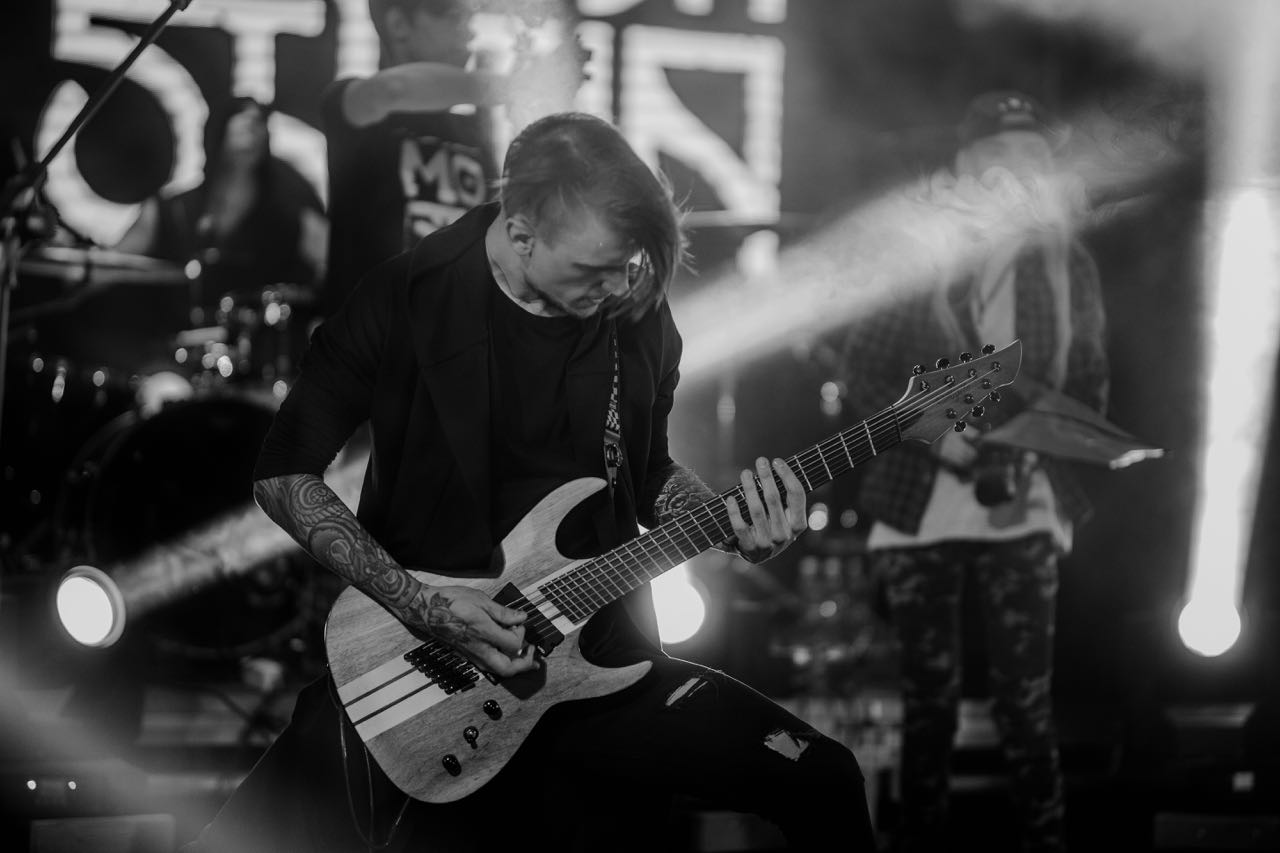 What has MY OWN SHIVA released so far?
,,We have several singles in our arsenal, an EP album called `No Home’ and a debut full-length album called `Holograms’, which got us finally noticed.’’

Why should people listen to your music?
,,They don’t have to, but they can try and if they do, they will like it.’’

What makes you different from other bands in the genre djent, hard core and metal core?
,,We record our music by ourselves, as an independent band and I believe we don’t sound like bands who are made by patterns. We are not signed by a record label and therefore we don’t know the rules when you record an album as a signed artist. I think for now that is a big plus because it makes our band stand out among other groups. Yes, we play heavy music, but our music doesn’t sound heavy and oppressive. Everything is balanced in moderation and it has a soul.’’

,,Everything you hear is honest and speaks from our heart’’- Michael Efimenko

Describe your music in 3 sentences maximum.
,,The music that we make is saturated with real emotions, it is alive. We do not drive ourselves into frames, so you don’t know in which genre the next track will be. Our music is an experience, which is close to many listeners, because we share the same feelings.’’

How important are the lyrics for the band and what are they representing?
,,The whole concept of MY OWN SHIVA is based on lyrics. All that is said in the songs is a personal observation. And no matter what, the lyrics, the words about a relationship or the world that surrounds us, everything you hear is honest and speaks from our heart. I think the listeners feel that honesty and therefore empathizes.’’ 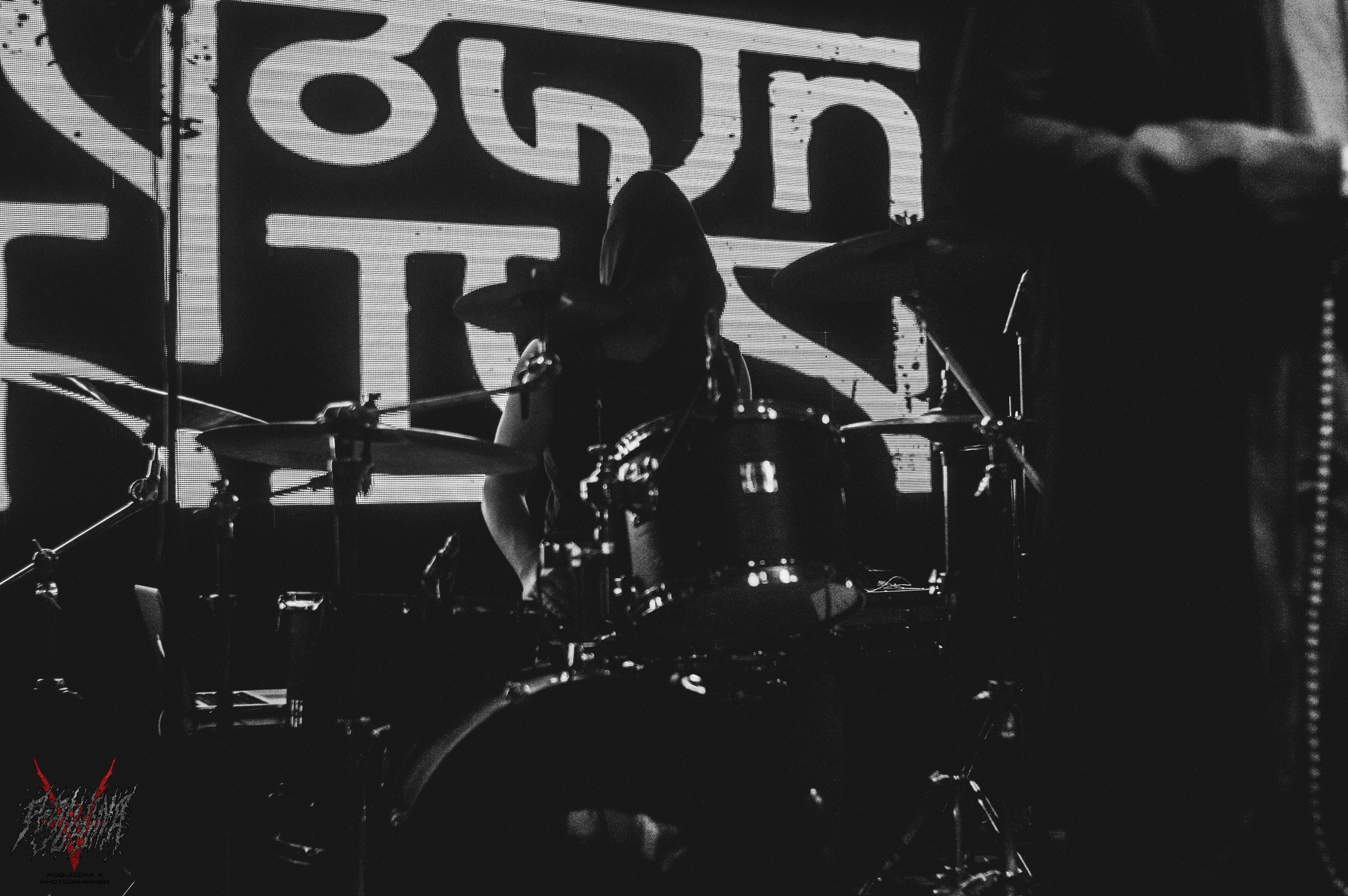 How do you integrate the Asian culture in your music?
,,With each new song we plunge into the Asian culture by adding various instruments of India to add atmosphere in our music. The sound of our music becomes richer and tastier and this distinguishes us favourably from bands in similar genres.’’

Is your style of music popular and socially accepted in your home country?
,,In Kyrgyzstan heavy music is treated neutrally. We all live in the capital Bishkek and gladly the infrastructure is developed well here. But to be honest, in other cities of our country there is no heavy music. The music we make remains in the underground scene and it is better not to attract too much attention.’’

What made you decide to [also] release your songs through platforms like ReverbNation?
,,To be honest, we expected communication and contact with the outside world through ReverbNation. We thought and hoped a record label would notice us and we might get to know other teams in the scene worldwide. But so far ReverbNation has been useless to us because we live too far away in a too small country, I guess. We even bought ourselves a premium account and submitting applications for labels and festivals, but no one answered us [except you guys from HeadBangers LifeStyle and some radio stations].’’

,,We do not want to be an underground band anymore. We are ready for more’’- Michael Efimenko

How important are social media and the Internet for spreading the name of MY OWN SHIVA and how do you use it?
,,For us, the only connection with the outside world is the Internet. I am not only a singer, but also the designer for the band, the manager and the marketeer. The skills I need for that also help me to be good at social networks. We use big social networks like Instagram and VK [this is the Russian version of Facebook] to promote the band. We have been focussing on Russia through social networks, but we want to reach for something bigger.’’

Why is your Facebook page not in English?
,,This is really my mistake. But I improved, and started to communicate in English on our social networks because we get a lot of likes from foreign people these days [smiling].’’ 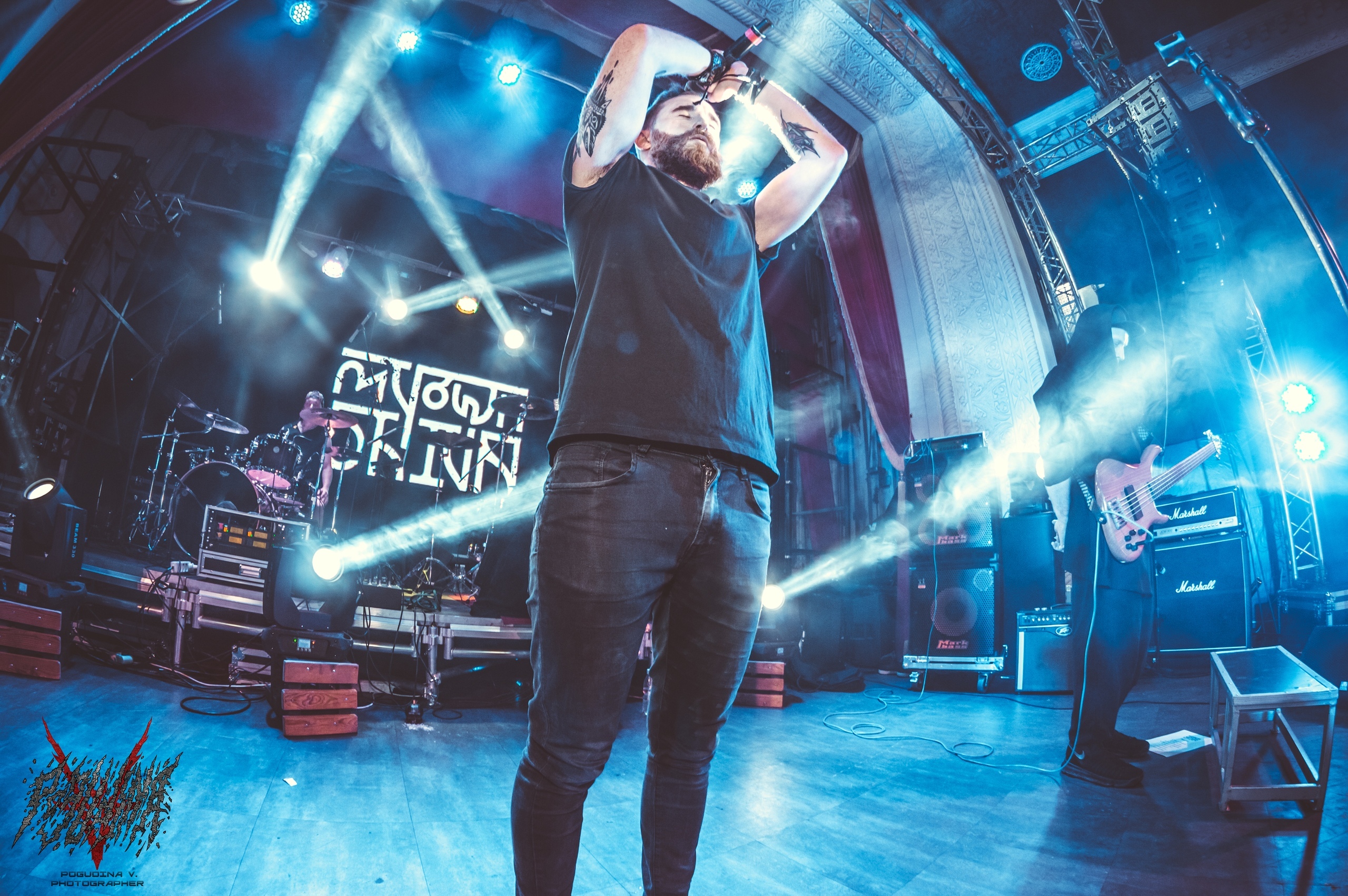 How far would you go for success?
,,We just do what we can and what we like. We give the most valuable resource – it is our time. And you know, just now after 10 years something starts to happen. We do not want to be an underground band anymore. We are ready for more.’’

What drives you as a band?
,,We have a common goal and we are doing everything to make it happen.’’

What is your biggest achievement so far?
,,The fact the album recordings and releases are done with our own effort.’’

How do you get your live shows, do you also play outside your country?
,,Like I said, our metal scene is small, but it exists. Once a year we organize the large event `Rock da Bone’ festival with guests from abroad [Russia, Kazakhstan] and have about 250-300 people visiting the festival. But basically, we have shows in small clubs with an audience of 100 people. In Kazakhstan, everything is the same.’’

What can people expect when they come to see a MY OWN SHIVA live show?
,,I think there is nothing to expect, just relax and be part of the show. People see that we give a 200% and they react to that. Our concert is a direct connection with the audience; it is an intimate exchange of energy. We are very happy about every time after a show we receive messages through our Instagram account from people saying we are the best band and they want to see us again. This is the most rewarding and pleasant thing that can happen for an artist, to be in demand and feel loved. At such moments, we feel like a real global band.’’ 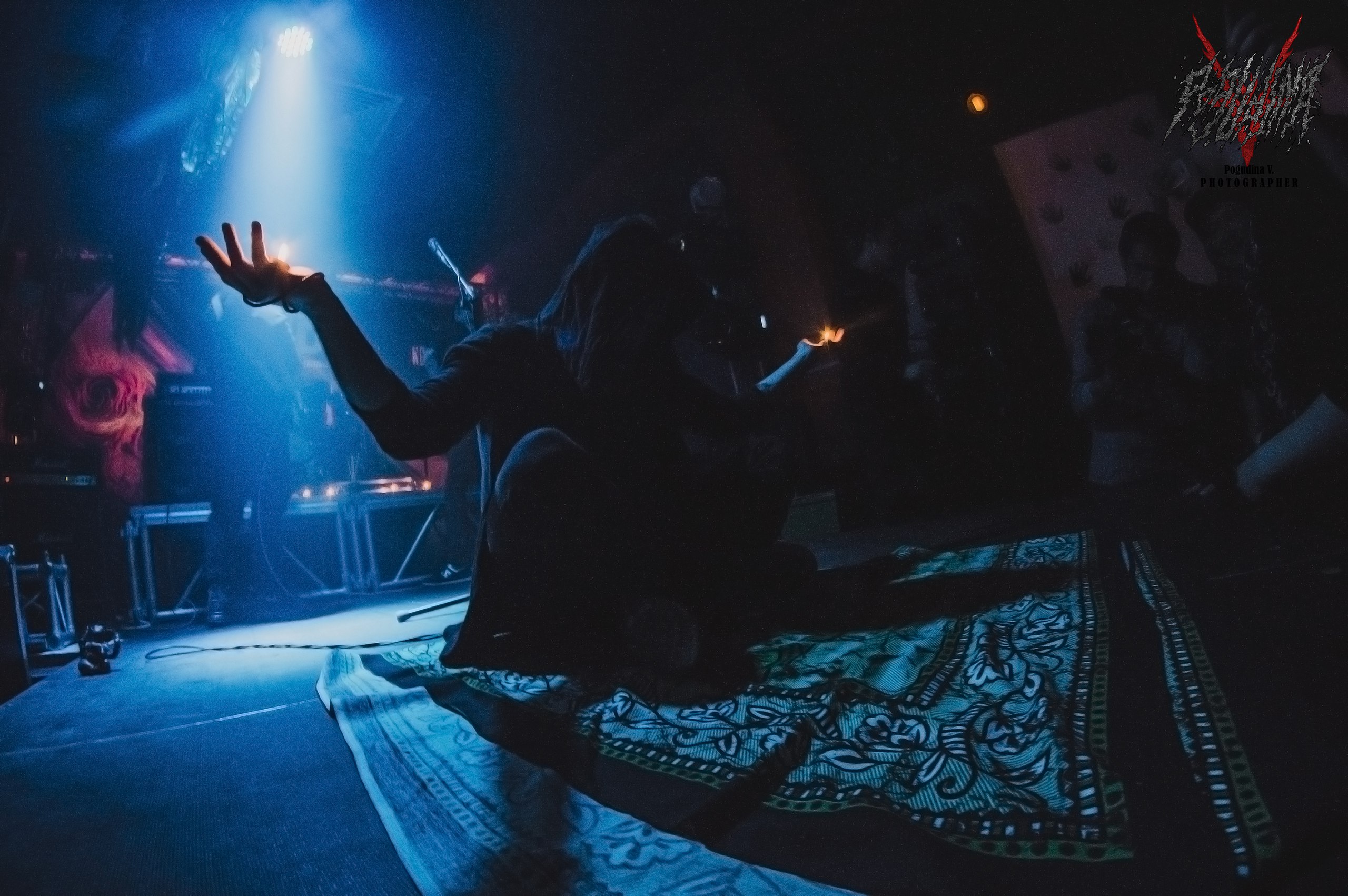 What is in the agenda for the band the upcoming months?
,,Well, we have to find money to make some music videos and improve the level of quality. We want to travel abroad more and record new songs. That will be the bridge to our main goal.’’

Do you have any last words?
,,A special thanks to you HeadBangers LifeStyle, for paying attention to an unknown group from Central Asia. We are a “Noname” band but I know that it is all a matter of time and the effort we invest. Thank you very much from all of us, MY OWN SHIVA!!
—
All photos provided by My Own Shiva