In The Spotlight: UGLY MELON

In The Spotlight: UGLY MELON

After the success of the first round HeadBangers LifeStyle teamed up with the nice people of ReverbNation once more to give 5 new promising bands or artists a chance to extra promotion and exposure. Again we were overwhelmed by the number of bands that submitted their songs. Believe us when we say it was hard to choose because there were many promising bands and artists between them. At the end of the day we received almost 1200 submissions. Now it’s time to put the winners in the spotlight. The first band we want to introduce to you is UGLY MELON, a powerhouse melodic hard rock band from Toronto, Canada. 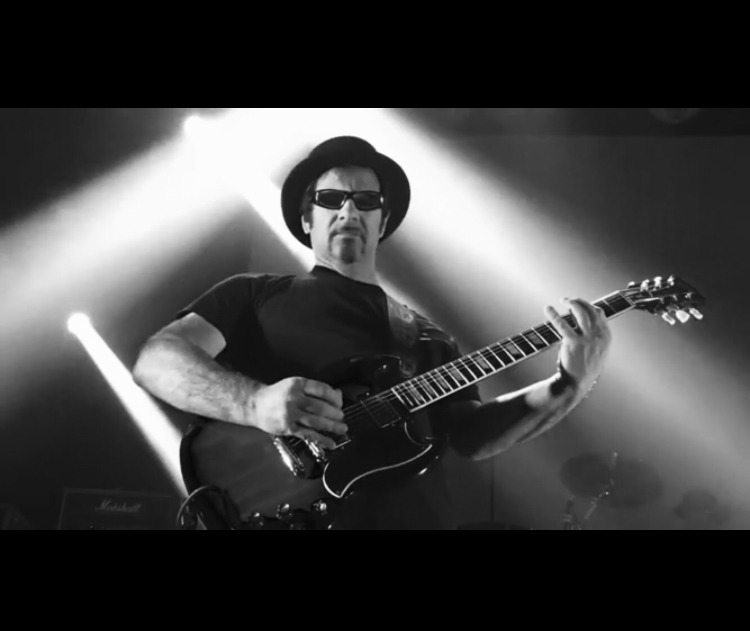 To introduce the band and to answer our questions HeadBangers LifeStyle contacted guitarist Lu Cachie.
Hello Lu, why should people listen to your music?
,,The music isn’t generic like today’s rock bands. Ugly Melon’s takes you on a journey. There is always a real story in our lyrics. We mixed old school melodic hard rock song writing with a modern sound and feel.’’

You just independently released the album ‘Just A Man’. How did the album come about and what are your expectations?
,,The album is comprised of 9 songs, the tempo ranges from hard and fast, in the vein of Black Sabbath’s ‘Mob Rules’, to slow and heavy, like Zeppelin’s ‘When The Levy Breaks’, to an epic style classic rock ballad, Dio’s ,,Rainbow In The Dark’’ which will later be released as a single and video.
The album came about in the usual way for us. I have so many songs and riffs. I basically write the parts, give them to Tony [La Selva, singer], and he writes the lyrics and vocal melodies. Once we are happy with the bones of the track, we bring it to the band, to jam it out until we have the final arrangement.
What are we expecting? Honestly, I don’t expect anything anymore. We write for ourselves and if people like it and buy the music, great! With terrestrial radio slamming commercial music down our throats it’s hard to have any real expectations for our style of music. Hopefully, with Internet formats, new indie rock bands can make a break through or get discovered.’’

What do you want to achieve with UGLY MELON?
,,Finding our audience, growing our fan base, selling records and selling out shows. Live the dream!’’

What makes you different from other bands in the genre?
,,Just like the first question, we don’t sound generic. We are a new melodic hard rock band with a modern twist. Real musicians telling real stories.’’

Describe your music in 3 sentences maximum.
,,Ugly Melon is a powerhouse melodic rock band inspired by life’s raw and often unrelenting experiences. The band and their music are free from any pretence and are informed by life’s unavoidable reality, it is what it is.’’

What made you decide to (also) release your songs through platforms like ReverbNation?
,,TuneCore and ReverbNation give the artist there own Label sort of speak, all your control and distributes world wide. If artists want to be independent or can’t get signed then this is the way to go. These platforms offer many avenues for the artist to get the word out.’’

How important are social media and the Internet for spreading the name of UGLY MELON and how do you use it?
,,It is a great tool for sure if you have a budget. The social sites control how much people can see of your posts and on your own site and that bothers me! Like anything else, it’s about how much do you want to pay… I believe the old fashion way of getting out there, showing your face and flyers is more effective… unless you have a huge promo budget to buy ads on Facebook, Instagram, Twitter, it’s a monopoly game. I see a lot of great bands spend money on their video, put it out there and nothing happens. Sharing is the ticket, but people prefer to share stupidity or violence or a video that’s completely crap but think it’s funny so they share it. It’s a complete backwards world. Don’t think some kid went viral over night, someone is behind it, spending big bucks and then the social networks open the flood gates.’’

How and when did you guys meet?
,,We are a band of brothers, 100%. We grew up together in the same neighbourhood since we were kids and in our teen years almost everyone played an instrument, not like today where kids play with playstation and their phones. Ugly Melon played together when we were teenagers in a band called called Reign. We played together for many years until we ventured off playing in other bands or careers. I kept at my dream of playing music, achieved some success, like support act for Bon Jovi, Def Leppard, Scorpions and others. For me there was always something missing. After 20 years of not playing with my teenage friends I met up with Tony LaSelva, we jammed a few songs and to us we felt yes we have something. After writing a bunch of songs we called up the rest of the guys and here we are: Ugly Melon, four guys: Lu Cachie guitar, Tony LaSelva vocals, John Libs bass and Franklin Wyles on drums. We then got two more brothers, JT on guitar and Biagio DiBlasi on keyboards to make a powerhouse wall of sound.’’ 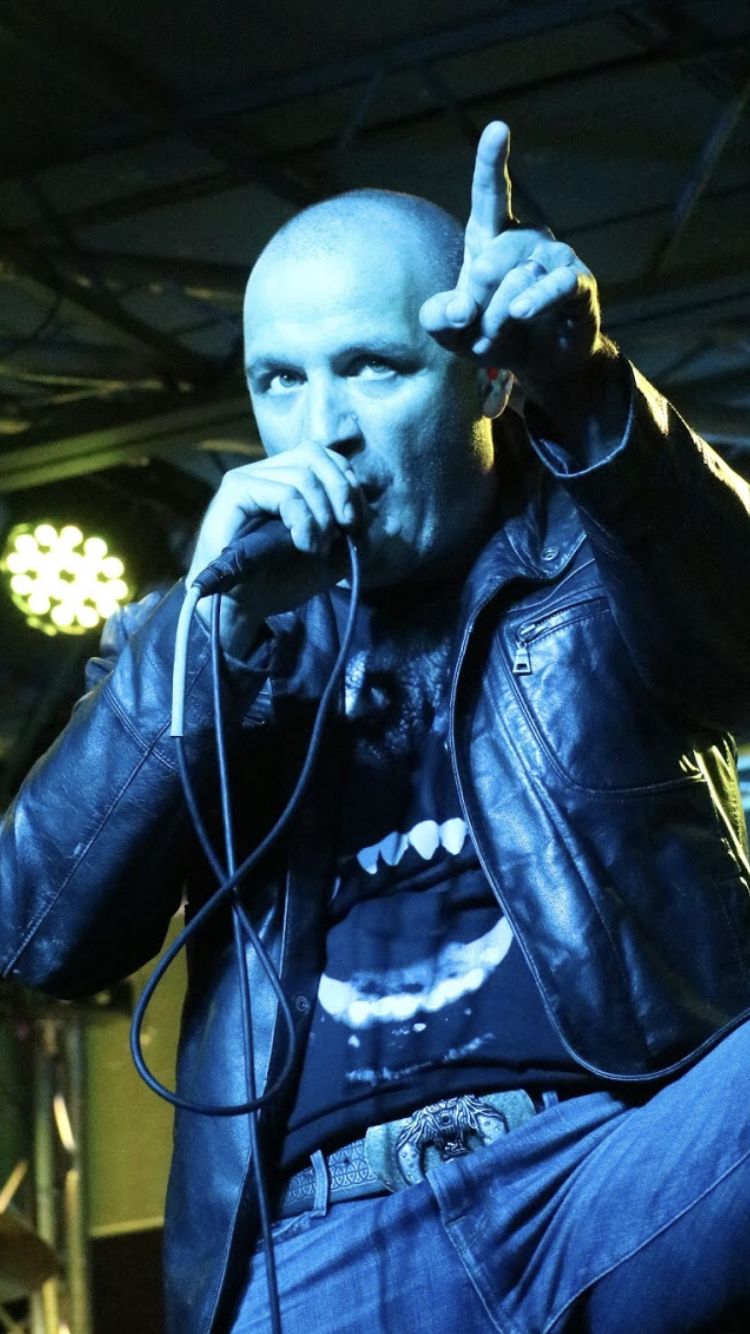 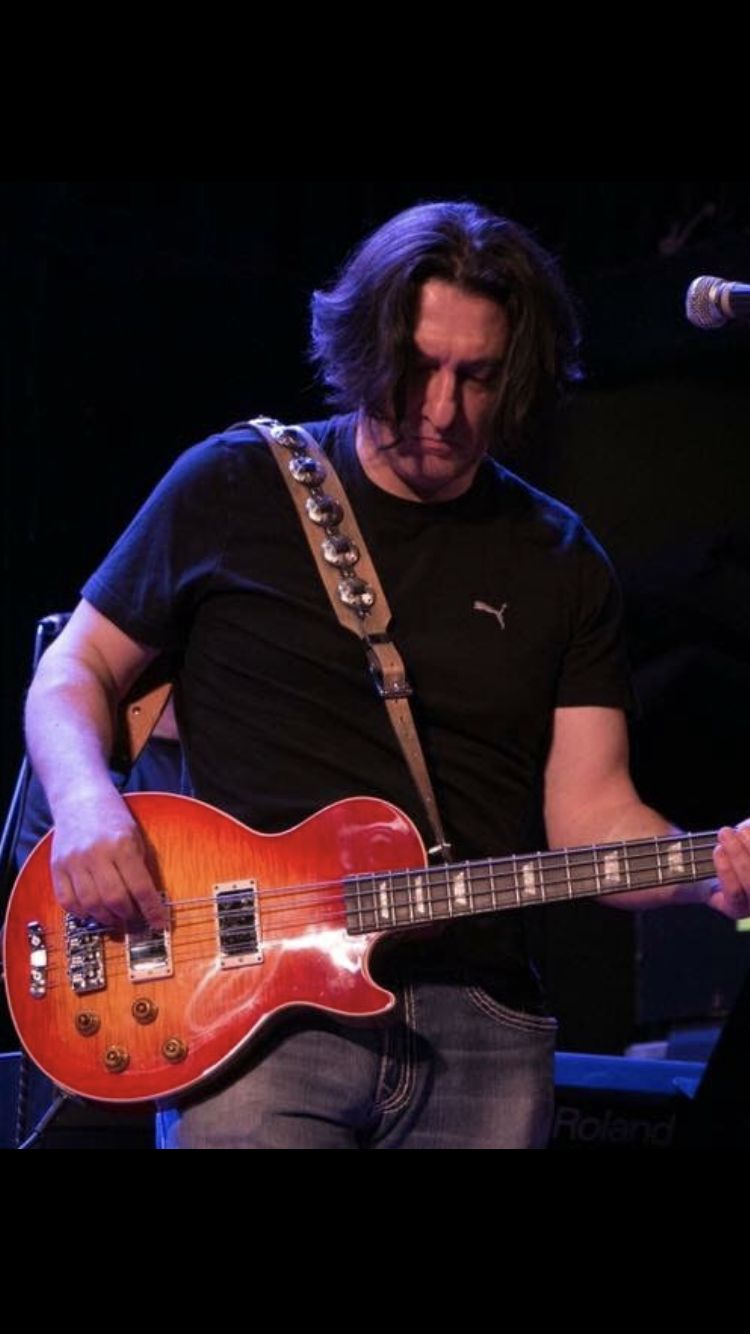 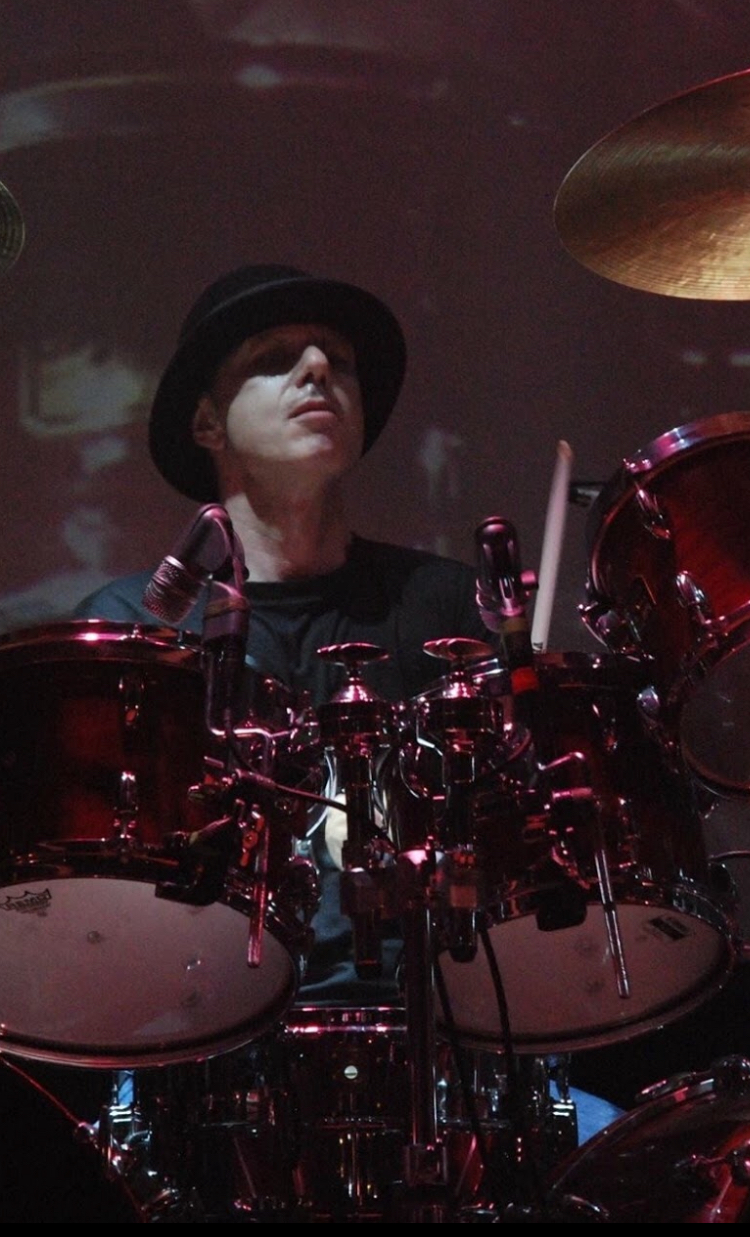 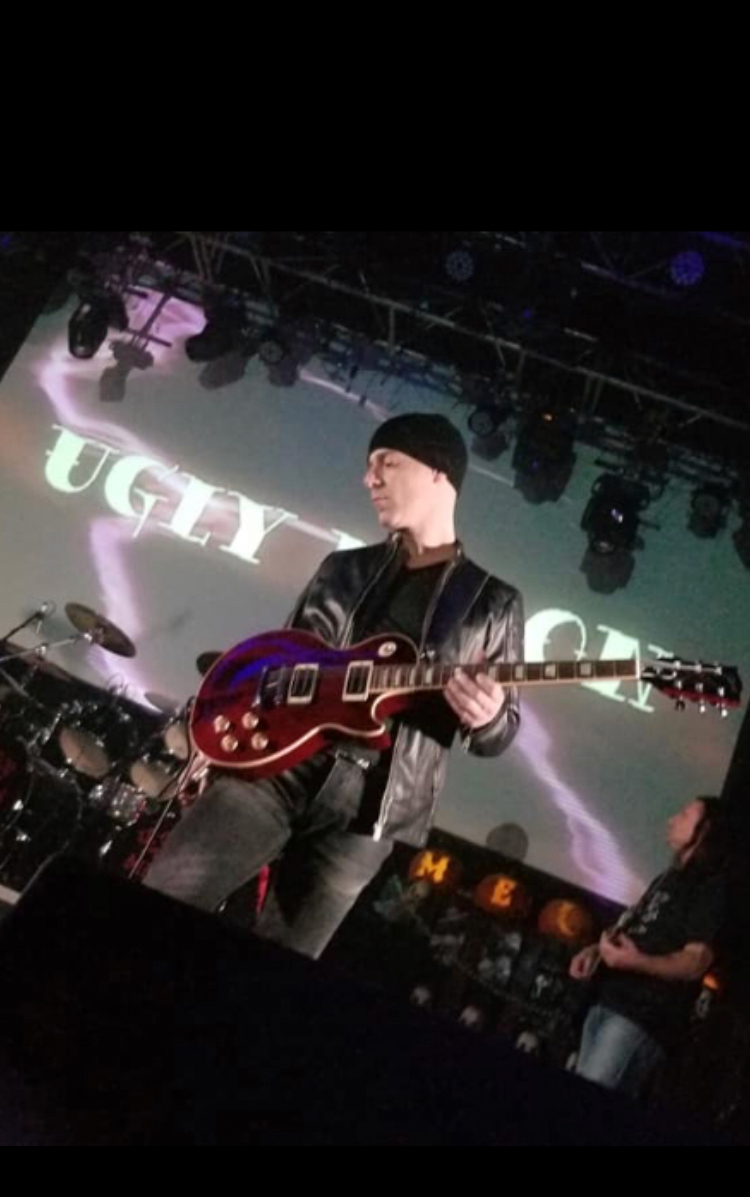 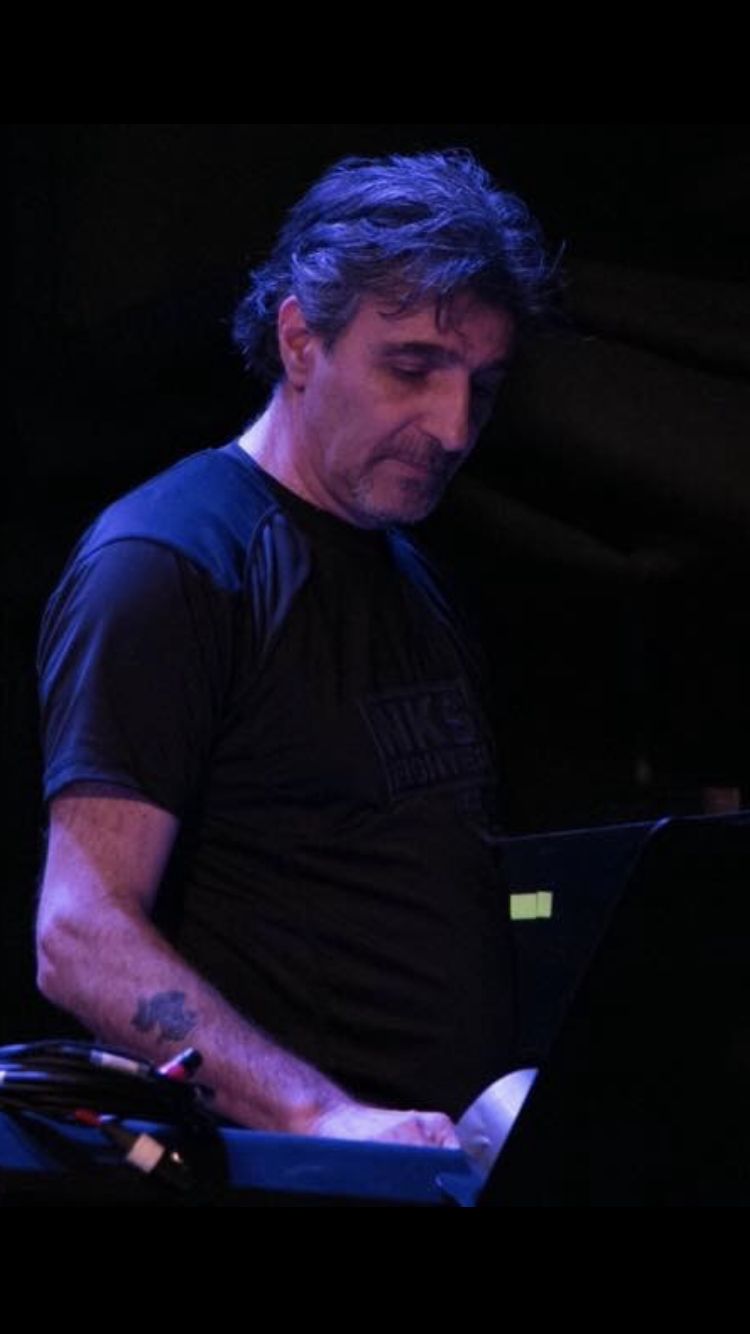 How did you come up with the name? My first thought was: there is an Ugly Kid Joe and there was a Blind Melon and maybe your music is a mixture of that?
,,[lol] I forget about those guys, good bands… but no. Ugly Melon I said by fluke when I saw a man do something terrible to someone else and I said ‘’what an Ugly Melon” by fluke and the light bulb went off in my head, that’s the name, it fits perfect with the style of music and lyric content and also what I have in mind for the live shows, sort of like Iron Maiden but different.’’

How important are the lyrics for the band and what are they representing?
,,Ugly Melon is an actual fruit that is Ugly on the outside but beautiful and delicious on the inside. Life can be a rough road for many people and there are a lot of monsters out there.
Tony will write about something dark and hopefully you see the light in how you understand the song.’’

How far would you go for success?
,,Well we have a promoter who is working to bring Ugly Melon to India, where there is a huge metal music market…I’d  say that pretty far from Toronto Canada, [lol] but if you’re asking how much I would sacrifice? Well, I was 11 years old when I saw this guy on TV shaking his leg and singing. I asked my dad who that was. He said that’s Elvis… and I saw my fate. I haven’t stopped since and I could have bought 3 houses [lol].’’

What drives you as a band?
,,The company. I love these guys!! You got to remember we been friends since kids. We grew up together like brothers in a family. Music is the bonus here. When we play together, we smile all the time.’’

What is your biggest achievement so far?
,,Ugly Melon hasn’t won any Grammies yet [lol] … but for us to come together, record our second album with our busy lives between work and family, that is an achievement in itself and manage to bring 300 people to our shows is not bad either.’’ 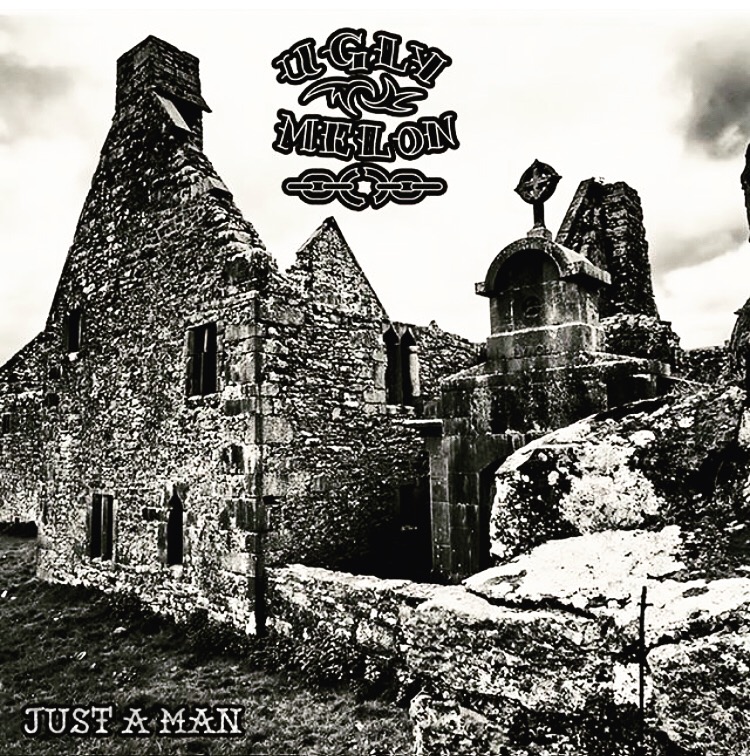 How do you get your live shows?
,,We rent the venue and put on the best show we can put on, like it’s an arena show.’’

What can people expect when they come to see a UGLY MELON live show?
,,Ugly Melon puts on a full out show with stage props, video, lighting, sound. We spend money in hopes we break even, just so people will say ‘what is Ugly Melon going
to do next?’ and we are building the following.’’

What is in the agenda for the band the upcoming months?
,,Promo Promo Promo and working on getting on the radio also in 2019 to do some
great shows including breaking into India.’’

Is there anything important I forgot and you wish to share with the readers of HeadBangers LifeStyle?
,,Ugly Melon can be found at www.uglymelon.com,  Instagram, Twitter, You Tube and our music is available on iTunes, Apple Music, Spotify and over 150 streaming stores world wide.’’