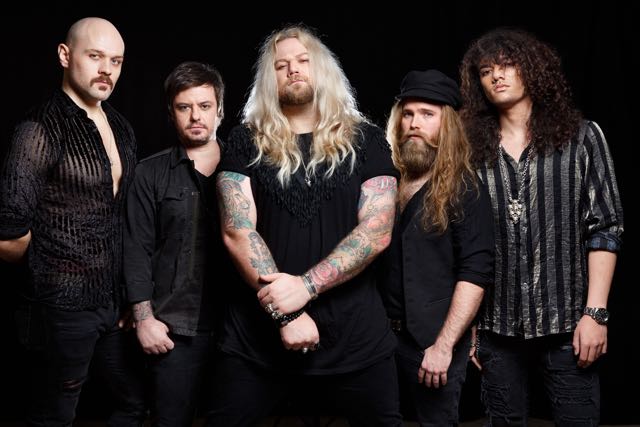 Since their arrival in 2014, newcomer Inglorious has put British rock back on the map again. The release of their self titled debut that same year and the launch of the second album `II’ [2016], reminded the world how groovy and great the sound of the seventies and eighties rock are. The five-piece, led by the charismatic powerhouse Nathan James, even ranked #1 in the UK Rock Charts [2017] and proved to be a rock sensation on stage as well. It was clear this band has a bright future ahead. 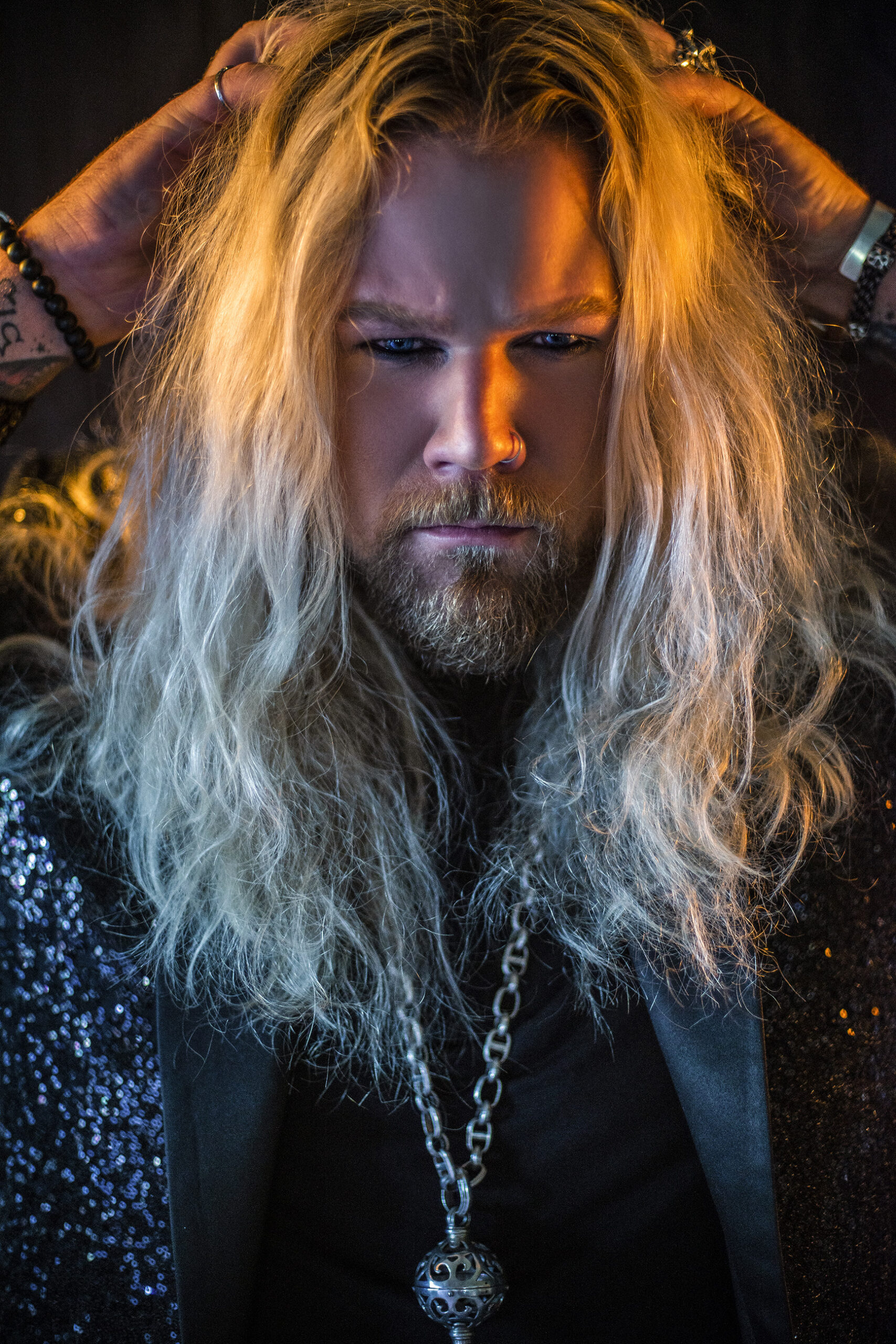 While most part of the year 2018 was spend in the studio to make the long awaited third album `Road To Nowhere’ [release date 25th January 2019], by the end of that same year the unexpected official statement came out, there has been a line up change. HeadBangers LifeStyle’s `Lilo’ asked frontman Nathan James about the road to the new CD, the much-discussed break-up and his ride in the Inglorious roller coaster the last 4 years.
,,I must say, the ride has been amazing. I am so so proud of what we have done this far and I’m hoping for the same success for our new release `Ride To Nowhere’. I worked so hard from the first day of this band. From the day I chose the name and held the auditions. It has had its ups and downs but the ups have been truly wonderful.’’

It was quite a surprise when the news came out that guitarists Andreas Eriksson and Drew Lowe, and bass player Colin Parkinson parted ways with Inglorious right after recording the new album. Did you see it coming?
,,No not at all, so it was unexpected for myself as well. They left for their own reasons and I wish them luck in the future. It’s very hard to start new projects and it takes a lot of time, money, dedication and a great team around you. It’s tough starting from scratch.’’

,,This new line up is hungry to show people what they can do’’-Nathan James

What can you tell about the new line up and what add these guys to the table?
,,They are the best musicians and such great people. Danny Dela Cruz did not need to audition. I knew about him already at age 16 when he posted a cover of ,,Until I Die’’ on YouTube. He then went on to be Andreas’s guitar tech on the last few tours. Danny is my best mate and the most incredible young guitarist in the UK. He brings feel, skill, youth and energy to the band and I’m excited for people to see this 19-year-old fellow Leo shred. Dan Stevens is a very skilled player and I have known him for a few years. I have seen him play a lot in Camden and he always blows my mind as well as being a tight musician. He is used to gigging and being in bands. Vinnie brings his serious bass chops to these interesting bass lines. He plays every style and loves rock but he is equally as comfortable with jazz. Vinnie is a well-rounded musician and our first Brazilian member. This new line up is hungry to show people what they can do.’’ 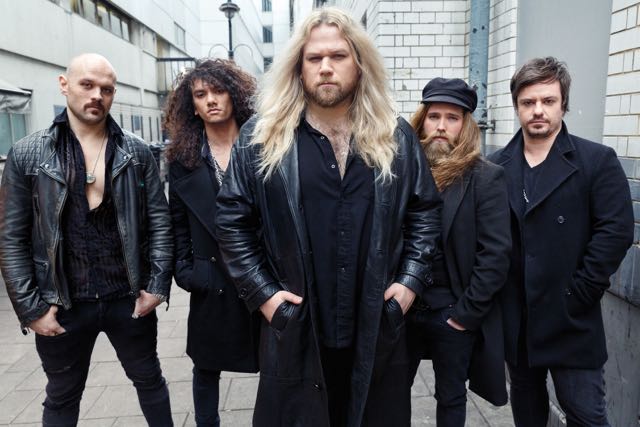 Will you handle things different now with this new start?
,,It will be handled as it was before and it will always be.’’

`Ride To Nowhere’ seems to be a very personal album on different levels. Was the time right to do so at that point in the career of Inglorious?
,,I think I needed to be more honest as a writer and write songs from my point of view instead of writing about other people. And sonically we wanted to write a heavier album and I think we achieved that musically and lyrically.’’

Do you remember how you felt when leaving the studio and the job was done?
,,I had just moved house so I drove home and relaxed [laughing]. The last thing I recorded was the acoustic ballad ,,Glory Days’’, which I cried when I recorded it, so I drove home exhausted from Liverpool, but happy that we did it again. We made a great record.’’

,,It will show people we are not just blues rockers that love the 70s’’-Nathan James

What has been the role of mixer Kevin Shirly [Led Zeppelin, Aerosmith] in all of this?
,,He made it all sound great and different from his last work on our second album. Kevin really understands how we want it to sound and we are always super happy with the results he gets.’’

The tracks ,,Where Are You Now’’ and the title track are released as singles and sneak peak of the album. Why choosing these songs?
,,,,Where Are You Now’’ sounds like us, but it also has a tease of a new kinda sound with a big chorus and catchy riffs. It was the perfect first single for us. The title track ,,Ride To Nowhere’’ as it is totally different to anything we’ve done before and it will show people we are not just blues rockers that love the 70s.’’ 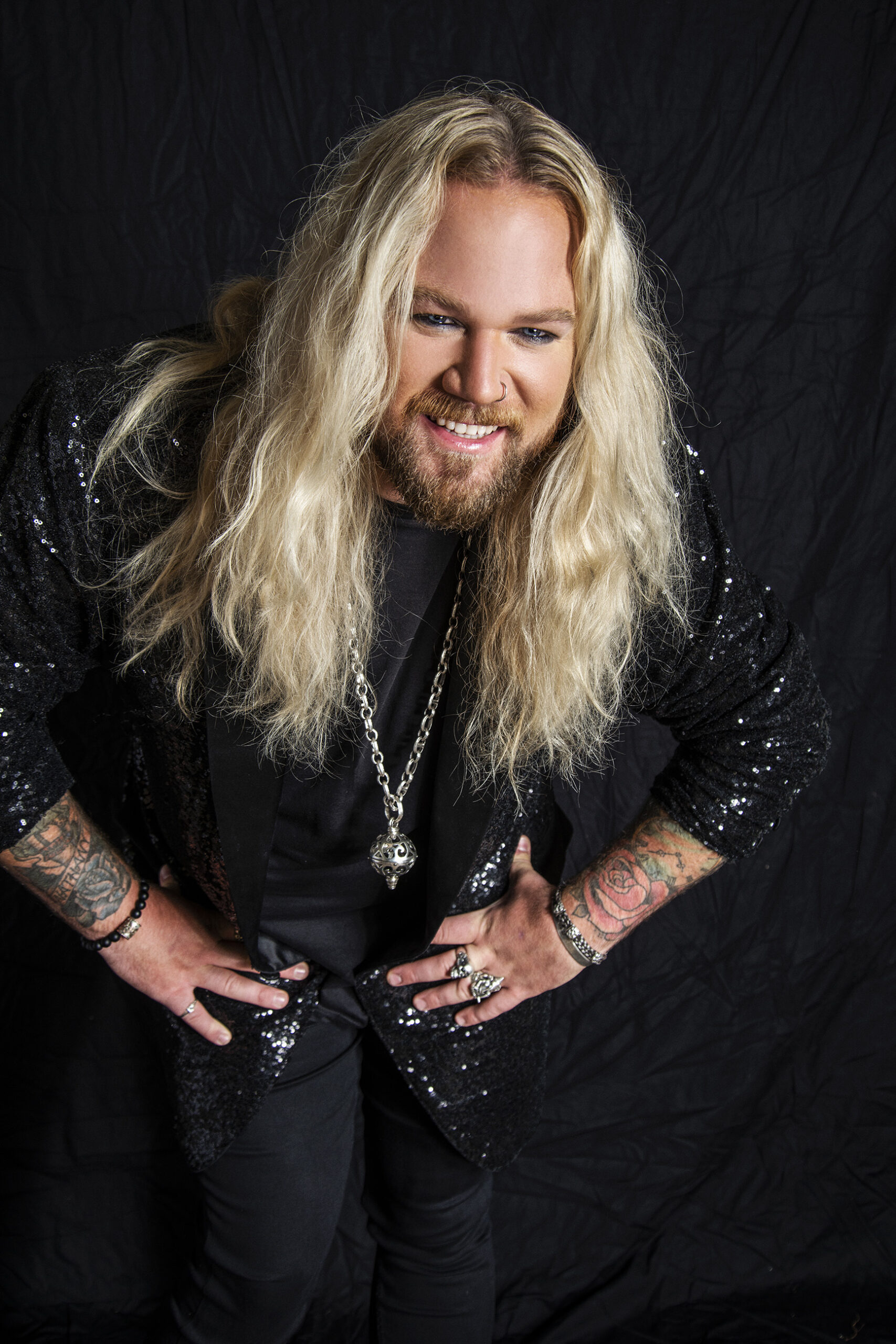 In the meantime, Jeff Wayne handpicked you for the role `The Voice Of Humanity’ in the iconic `Jeff Wayne’s The War Of The Worlds’, touring November and December in the UK. How do you look back on that experience?
,,It was amazing to be picked by Jeff himself. The guy is a legend and I will never forget that experience. Being on stage at The O2 [London] arena in front of 16.000 people, singing with an orchestra. It was incredible and I loved it’’

How do you look back on the year 2018 in general?
,,It had its ups and downs but it was also the end of a negative situation. We wrote a great album, we played great shows and festivals and we even did Download Festival the main stage!!! I did an arena tour and realised a lot about myself. But I lost my granddad and friend to cancer and I moved to the countryside. It’s been a weird year.’’

What is planned for Inglorious in 2019?
,,We are going to do lots of shows, festivals and tours. And of course writing new material with the new guys! I am planning to have fun and hopefully getting to South America, the USA and other places we have never been.’’

What are your good intensions for 2019?
,,To have fun and enjoy being on tour with my mates.’’
—
Header Photo by Paul Harries