It’s all about good songs

Together with drummer, singer Kelly Keagy and guitarist Brad Gillis, bassist and singer Jack Blades forms the nucleus of the platinum selling American rock band Night Ranger. They started back in 1979 as Rubicon, became Night Ranger in 1982, eventually becoming one of the most successful arena rock bands in the mid eighties and are in 2017 still a force to be reckoned with as they prove with their latest album ‘Don’t Let Up’. Their songs can be heard in numerous hit movies and Blades was a member of Damn Yankees (with Ted Nugent, Tommy Shaw and Michael Cartellone) and more recently, Revolution Saints, with Doug Aldrich and Deen Castronovo. HeadBangers LifeStyle had a pleasant talk with a man who wouldn’t be anything else but a musician. 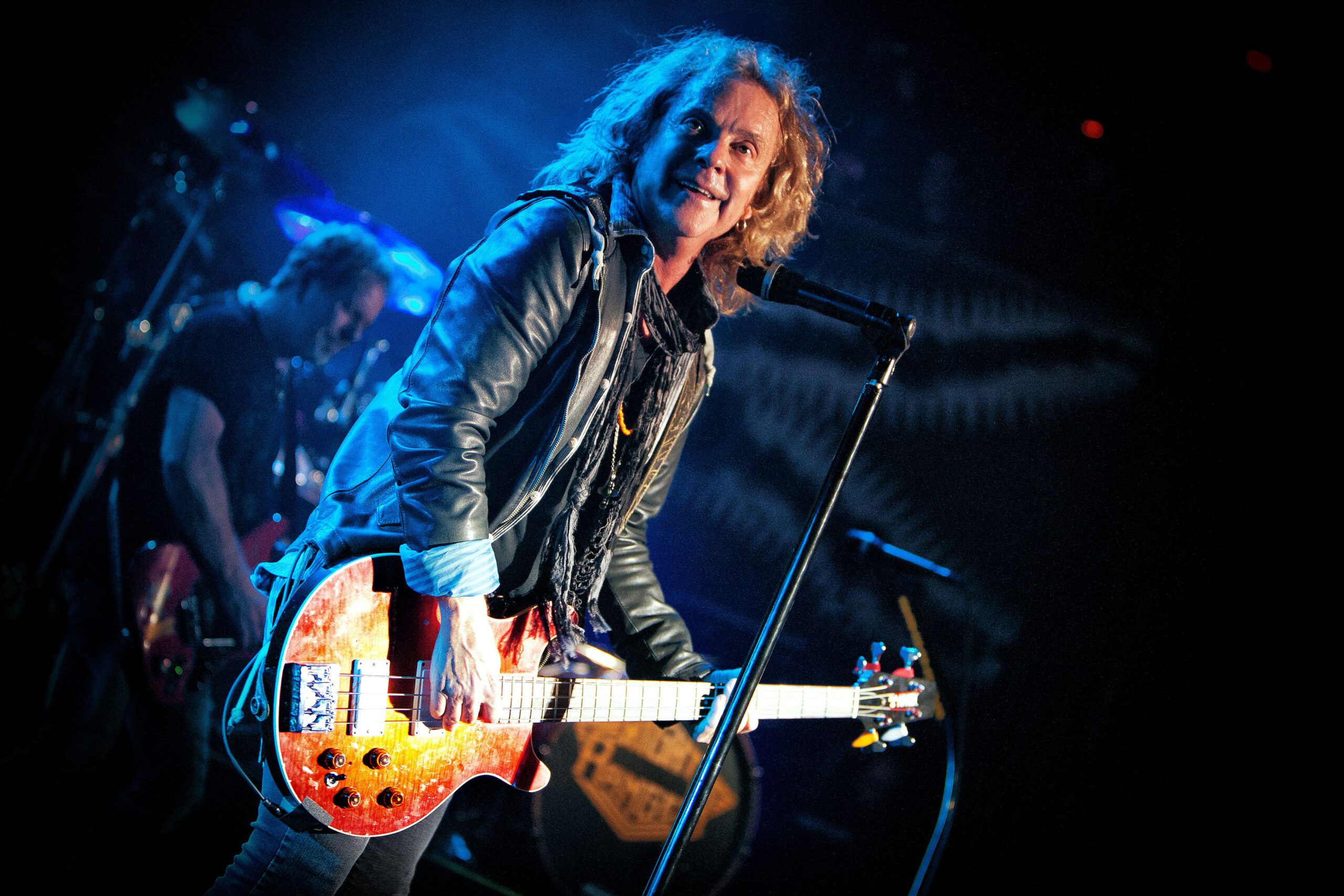 What sparked your interest in music?
,,I was 8 years old when I first heard The Beatles’ first single ,,I Saw Her Standing There’’ and ,,I Wanna Hold Your Hand’’. I personally liked ,,I Saw Her Standing There’’ better which was the B-side. Ever since then I love music. My parents gave me a one Dollar plastic ukulele guitar, I learned to play and I kept going. Music has been my life since I was 8 years old.’’

When did you know you wanted to become a musician?
,,Interesting question. I went to college in San Diego as a pre-med student because I wanted to become a doctor. I left in my fourth year to take a leave of absence to go to San Francisco to join a rock band and I never looked back. It was one of those things that if I don’t do it now when I’m 20, I never know if I was able to do it. I didn’t want to live my life thinking that I could have been a musician and from that point it’s been music all my life.’’

What is the last thing you do before you go on stage?
,,The last thing we do is we all get together, put our hands in the middle, and we give ourselves a pep talk, almost like a football team, and shout 1-2-3-hey. We talk about the town we’re in, about the excitement, we talk about what we live for, this is how we do it, let’s show these people what Night Ranger is all about and that’s what we do.’’ 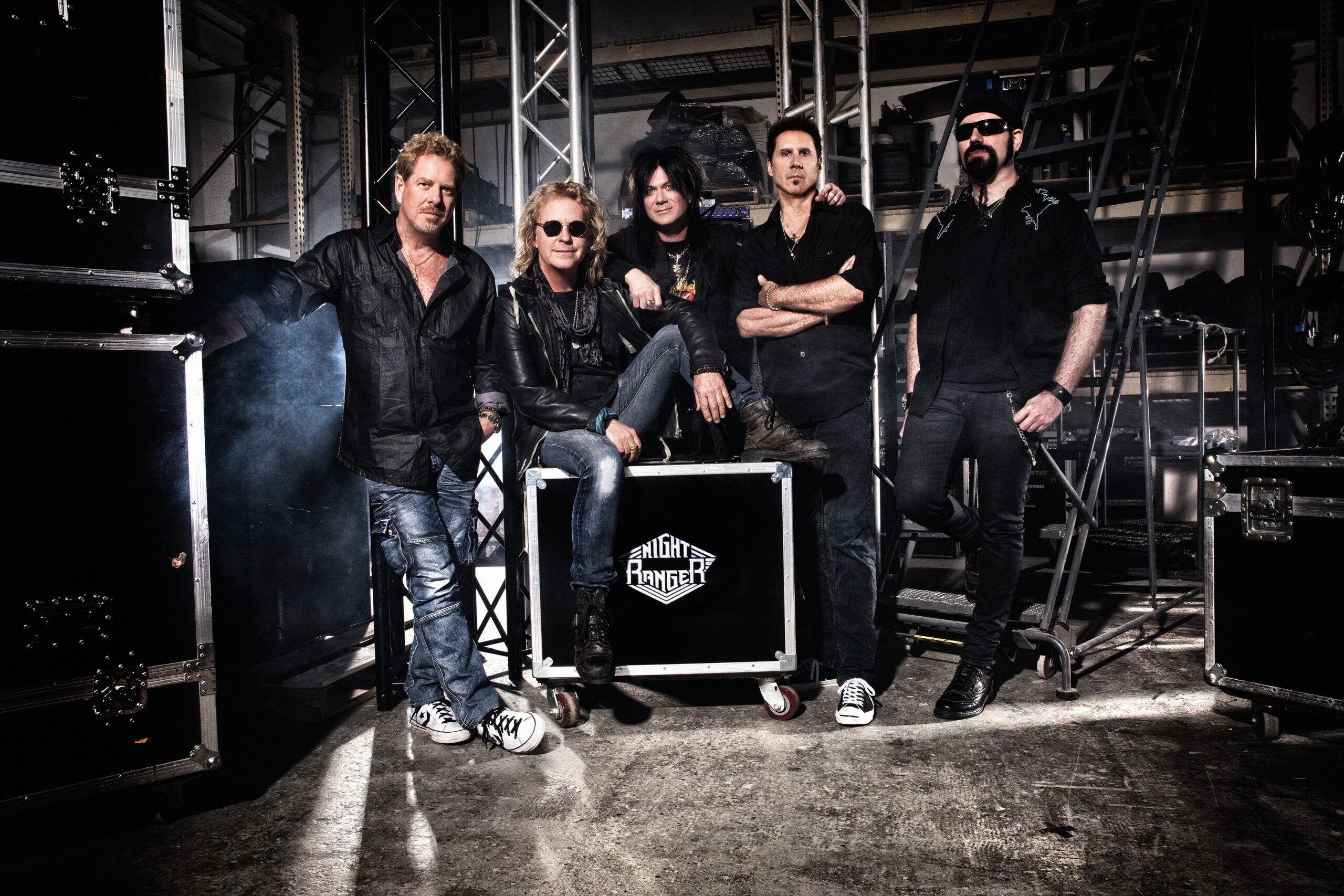 What special item or talisman do you always take with you on tour?
,,Nooo, there’s nothing. No actually nothing. My good luck charms are my voice, my bass and my band.’’

What do you consider the best song you’ve ever written and why?
,,Wow, that’s a tough one. That’s a tough one because I’ve written so many songs, different songs. Might be a tie between ,,Don’t Tell Me You Love Me’’ and Damn Yankees’ ,,High Enough’’, I don’t know. ,,When You Close Your Eyes’’ is also one of my all time favourite Night Ranger songs…man, that’s a difficult question…’’ 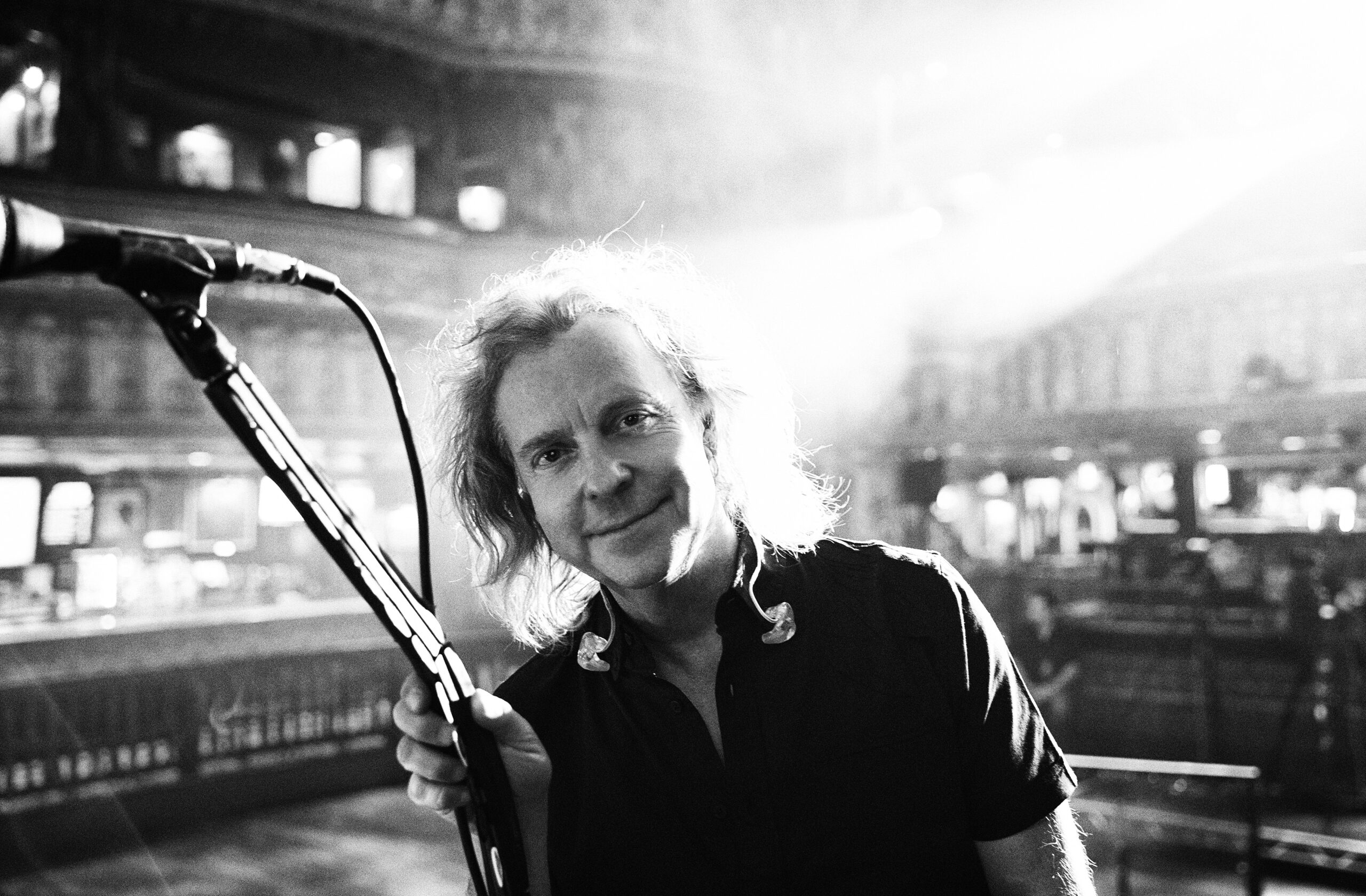 What is still on your musical wishlist? Something you would love to do but still haven’t done?
,,Oh boy, that’s a good question. I enjoy playing with other people. I enjoy writing songs with Neal Schon, with the guys in Aerosmith like we did, Tommy Shaw, Ozzy, I enjoy playing with other people. I have fun getting up on stage with my contemporaries and peers and just see what they are doing, how they perform because everybody has a different way of how they approach things. I love to get up with different people because than I can see where they come from, I love learning.’’

You have your own radio show, ‘Backstage Pass with Jack Blades’.
,,I took a hiatus from that show because I was too busy last year but we will start it up soon. Basically what I do is having interviews with friends and I want to talk about the history of rock, how things were done. How on Blind Faith Eric Clapton didn’t wanna have Ginger Baker but Ginger Baker kept showing up and showing up and finally Clapton said okay you can be the drummer. I love things from a historical perspective, I think people enjoy hearing about that sort of behind the scenes stuff, not just the tragedies and the controversies but how things came about. How Bad Company came about; it was originally a Paul Rodgers band but really they just decide to call it Bad Company. I think that people enjoy the historical aspect of that.’’ 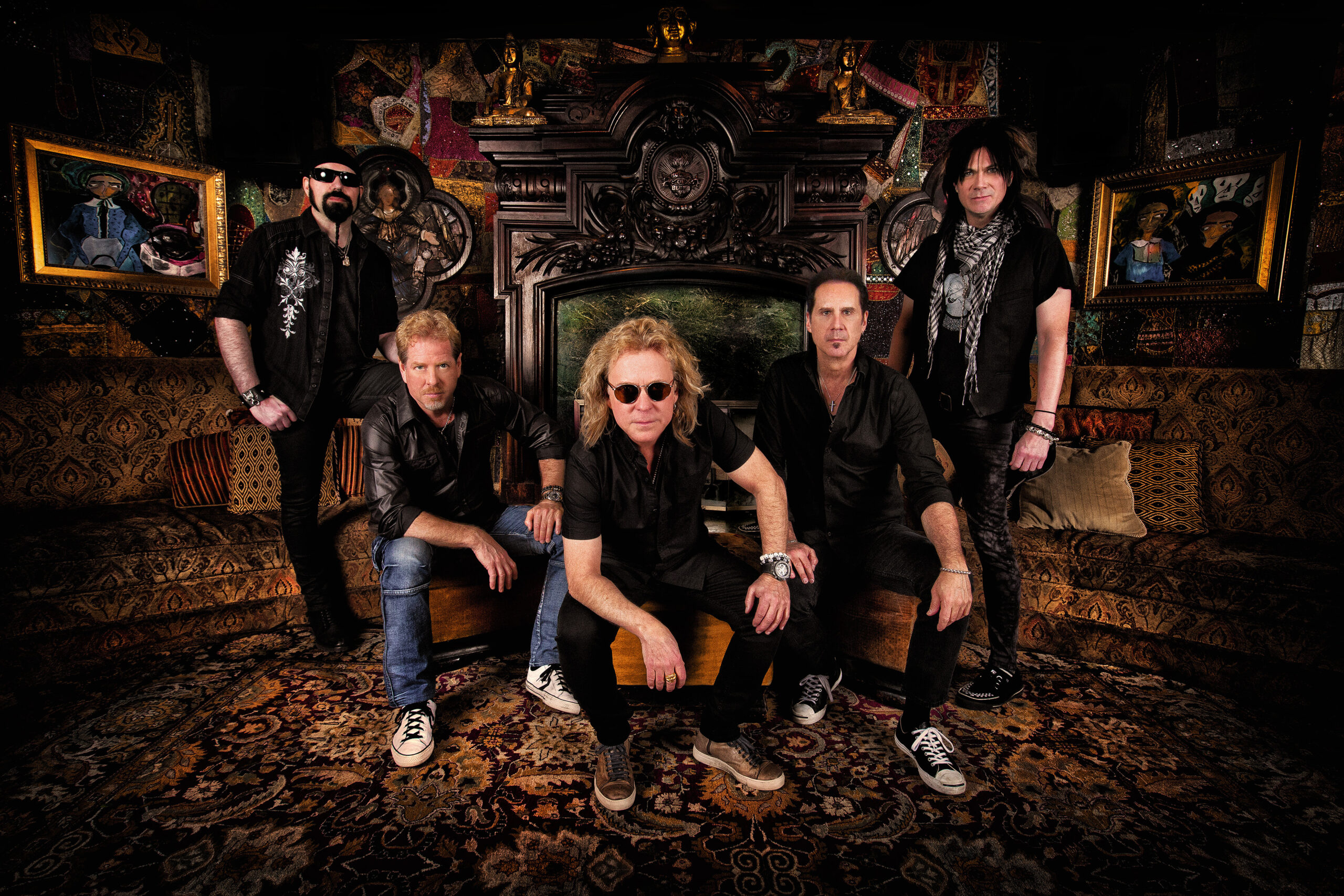 What would your advice be to a kid who wants to become a professional musician?
,,My advice would be: just keep doing it, keep writing songs, my advice would be songs, singing songs, songs are everything. A good song is a good song. I can sit down right now and I can play you, on my acoustic guitar, thirty Night Ranger and Damn Yankees songs and you get it, you know what I mean? They don’t have to be through big Marshall amplifier stacks, I don’t have to add drums, they stand the test of time by acoustic guitar and vocals alone. Because song writing is one of these things, the more you do it the better you get. It is an art, a touch, a gift from God.’’

There is a third Damn Yankees album on some shelf somewhere. Any chance of that being released?
,,Yes, absolutely not. That album is toast, haha. Tommy Shaw used several songs for Styx, so did I for my solo album and Ted Nugent took some ideas from it as well.’’

I spoke with Doug Aldrich recently about Revolution Saints and he said you were actually talking about a follow up album. What is the situation on that?
,,Yep, there will definitely come a second Revolution Saints album. We’re gonna write some songs and record in April. Revolution Saints will play at the Frontiers Festival in April, I love working with Doug. It is really fun and enjoyable to play with him.’’ 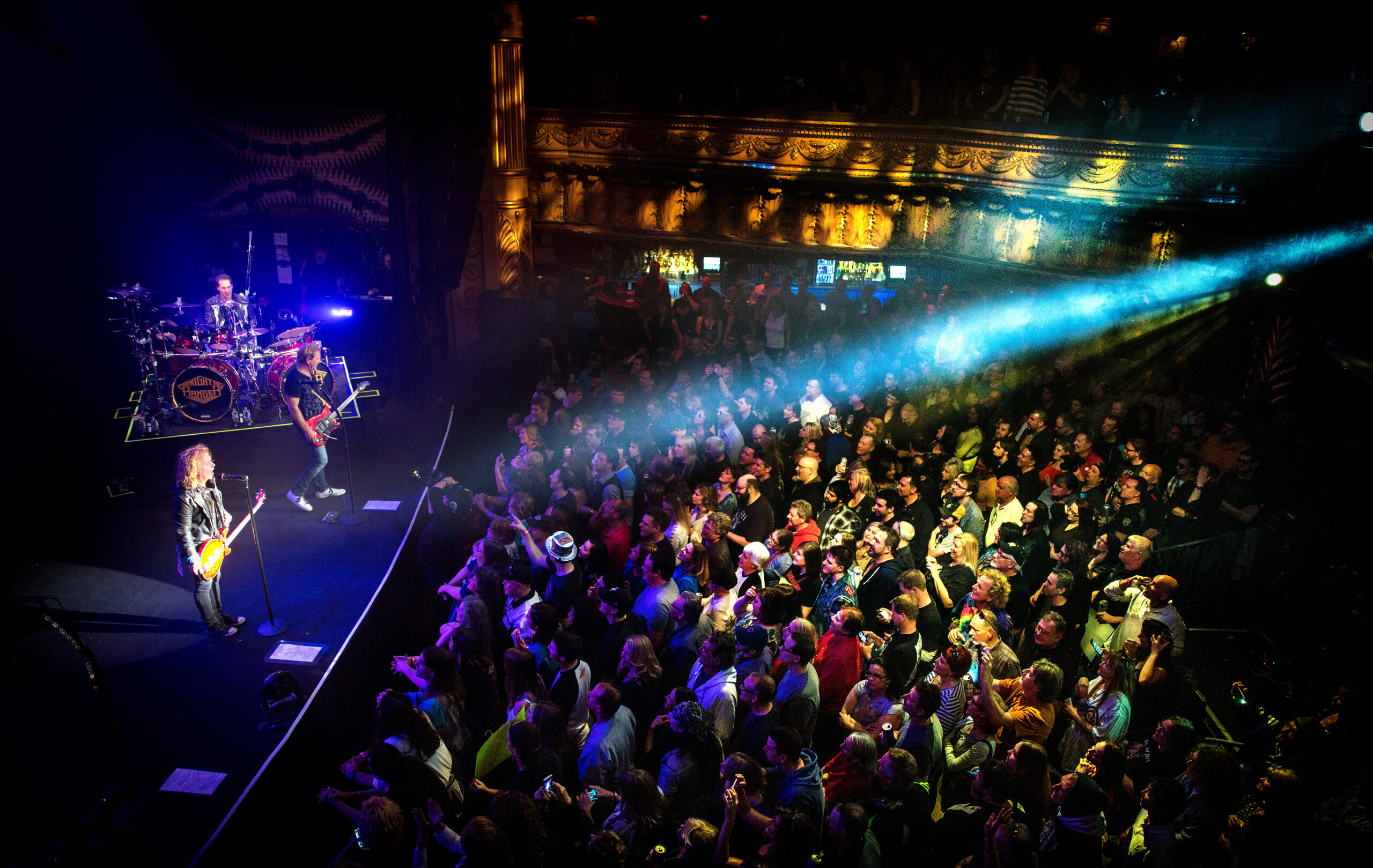 What can you tell me about Night Ranger touring?
,,Well it’s our 35th Anniversary, we’ll start touring in May in America and we’re gonna play everywhere this year. 2017 will be one of the busiest years I had so far and I love it.’’

What would your reaction have been when somebody told you 35 years ago that Night Ranger would still very much be alive and kicking in 2017?
,,Haha, I would tell them I thought they were nuts but here we are 35 years later.’’
—
All photos by Ash Newell Photography