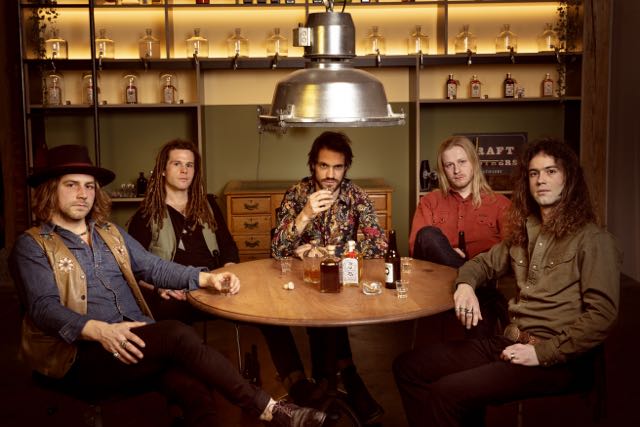 Switzerland may look like a small country on the map, but there is no doubt it left an important footprint in the history of rock and metal. The thrash, black, death metal bands Celtic Frost and Samael for instance, appeared mid and late 80s and fuelled a whole new generation of extreme metal bands with their innovative ideas. The hard rockers Krokus and Gotthard claimed their fame worldwide and of course the name Yello must ring a bell too, just to name a few. 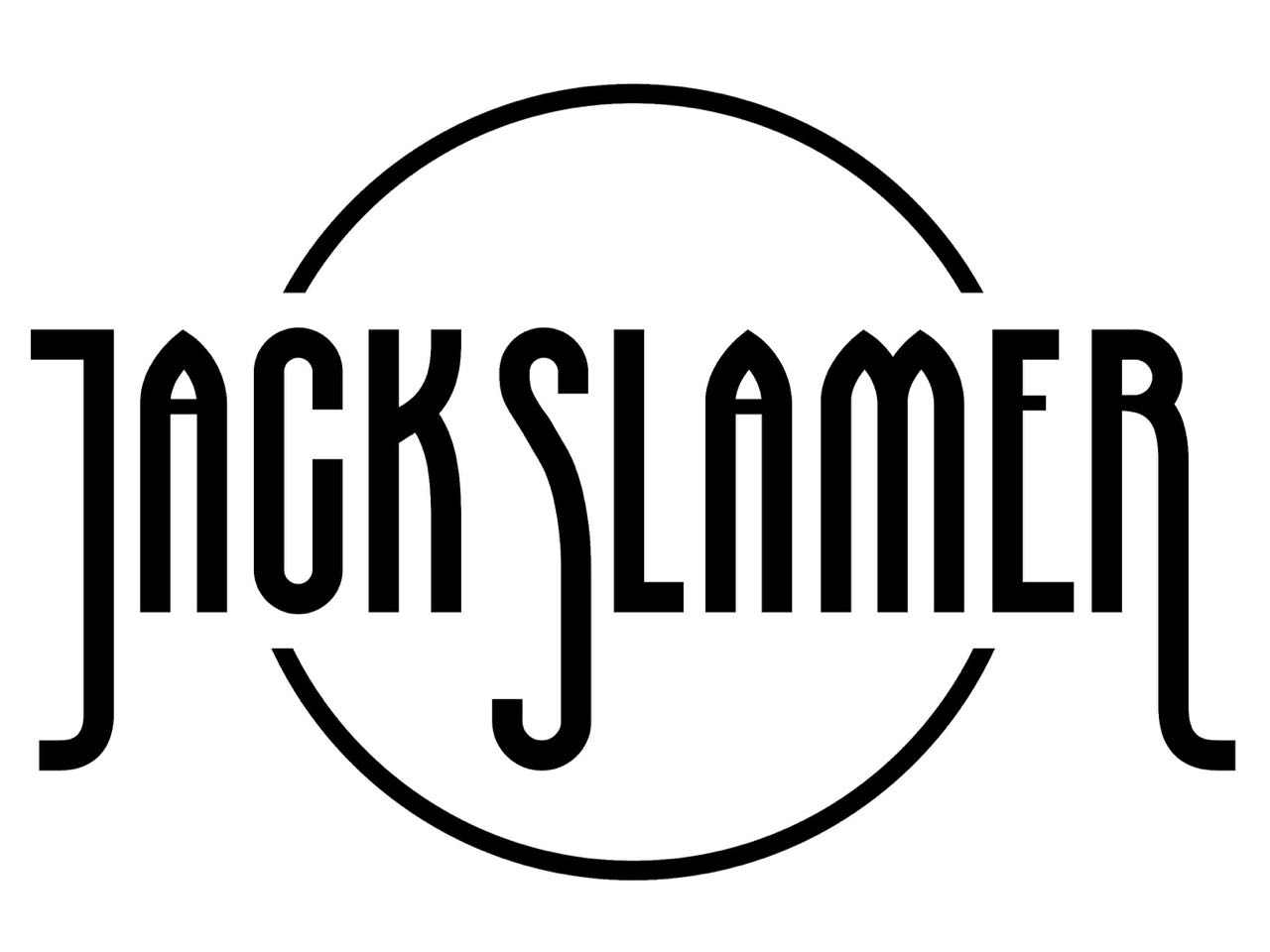 In the wide spectrum of rock and metal music, the five piece Jack Slamer, hailing from the Swiss city Winterthur, try their ultimate best to keep the spirit up and manage to stand out in what the Swiss music scene has to offer these days. Releasing the debut `Noise From The Neighbourhood’ in 2012, followed by `Jack Slamer’ in 2016 (and re-released in 2019 by their new label Nuclear Blast), the band finally landed the long-awaited third album `Keep Your Love Loud’.
In their repertoire these five childhood friends honour Rock ‘n Roll Hall Of Fame heroes Led Zeppelin and Deep Purple and show musical references with for instance Rival Sons, Monster Truck and The Wolff as well. `Keep Your Love Loud’ is a very pleasant album that grips immediately, leaving a familiar and comfortable feeling. These guys show craftsmanship, creativity, musicality, diversity and joy and it was reason enough form me to contact guitarist Cyrill Vollenweider for a speed date.

Which 3 songs are at least a must for people to listen to and why?
,,Everyone should check out ,,Ocean’’ because it’s a ballad, which takes you to another place. The lyrics describe the situation of our singer Florian [Ganz] during his time in the studio and I think we nailed the guitar sounds. ,,Favorite Enemy’’ is the song where a lot of new inspirations are audible. Last but not least I think they all should listen to ,,Lost’’. There’s a simple reason for that: it’s an epic masterpiece!’’ 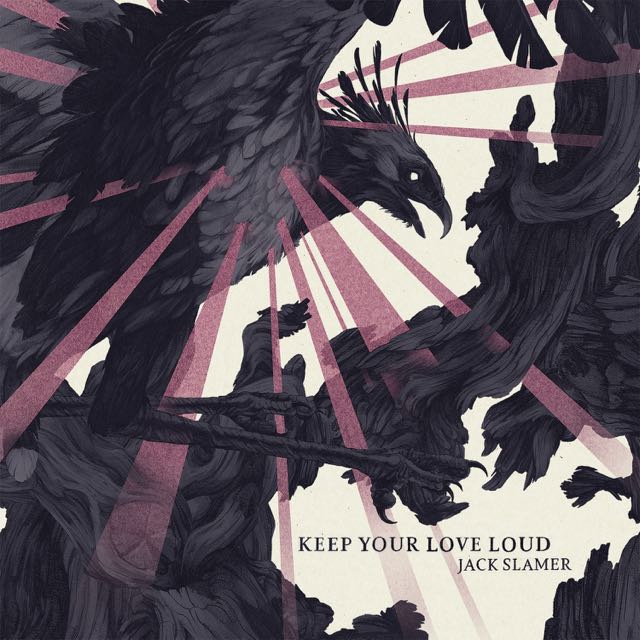 What has been a real game changer on this album that takes the band to a new level?
,,The fact that we took a lot of time for setting up the tone and other steps, that can be so easily rushed. Creating all the different sounds on this album was quite time consuming, but also very rewarding. It’s all about the Vibrations and Tones.’’

Could you have made this album with any other producer but Tommy Vetterli [Kreator, Coroner]? Or has he been the determining factor on the outcome?
,,Yes of course we could have, but Tommy is one of the coolest guys and a really good producer. He’s of course a huge factor of why this album sounds the way it does. Tommy is a very demanding producer who doesn’t give up until you gave everything you have for the song. It’s one of the qualities we appreciated the most while working with him. I think it was a pretty good match for `Keep Your Love Loud’.’’

Do we need to know about the lyrics to understand the songs?
,,Most of the lyrics were written by Florian and our bassist Hendrik [Ruhwinkel]. Some lyrics have their roots mainly in Florian’s daily life, while others developed around a phrase, like keep your love loud in ,,Bouquet Of Decibels’’ or the first line of ,,Favorite Enemy’’.’’

What are the most important musical values for the band, but also for you personally and why?
,,We want to be able to play our music in our band context live on stage. And recreate all the important bits in our band formation. This is where we thrive and why we make music. I always love to see if an act is playing instruments live on stage and hear these instruments carrying the songs. And if they are playing good music it’s just electrifying. I get the same feeling when the five of us are playing together. We know each other very well and we play music together for quite some time. We hope we can trigger these emotions in our audience.’’ 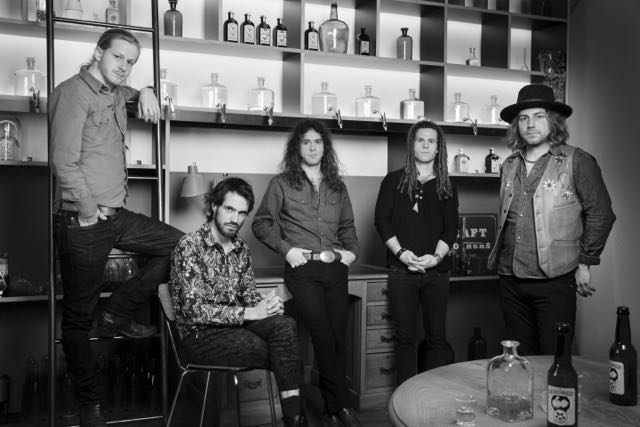 Do people have to like the old school 70s rock to like Jack Slamer? And what do you like about it?
,,Not at all. Yes we are inspired by the 70s but nevertheless we’re making our own music. For me the spirit and the attitude whilst playing your instruments are the most fascinating things about the 70s.’’

You recently did a show in Eisenwerk, Frauenfeld (Swiss). How was that experience in COVID-19 times?
,,To play a show in these very difficult times was super nice. It was just our 3rd show in 2020 and it will be also the last one. Of course it’s not the same as usual, but we had a lot of fun and the audience had fun too. And I really want to say: hands up for the organizers. It was not easy and of course a huge effort for only 50 people.’’

Is Jack Slamer a childhood dream and what are you aiming for?
,,Somehow, but we’re not on the road back home. We’ve just started [smiling].’’

What are the (near) future plans for the band?
,,We hope to play a few festivals during the summer if the situation allows it. But we’re more focussing on the autumn to play club concerts. Our plans for spring got cancelled unfortunately. But anyway, we’re continuing to make music and just hope this COVID-19 nightmare is over soon.’’
—