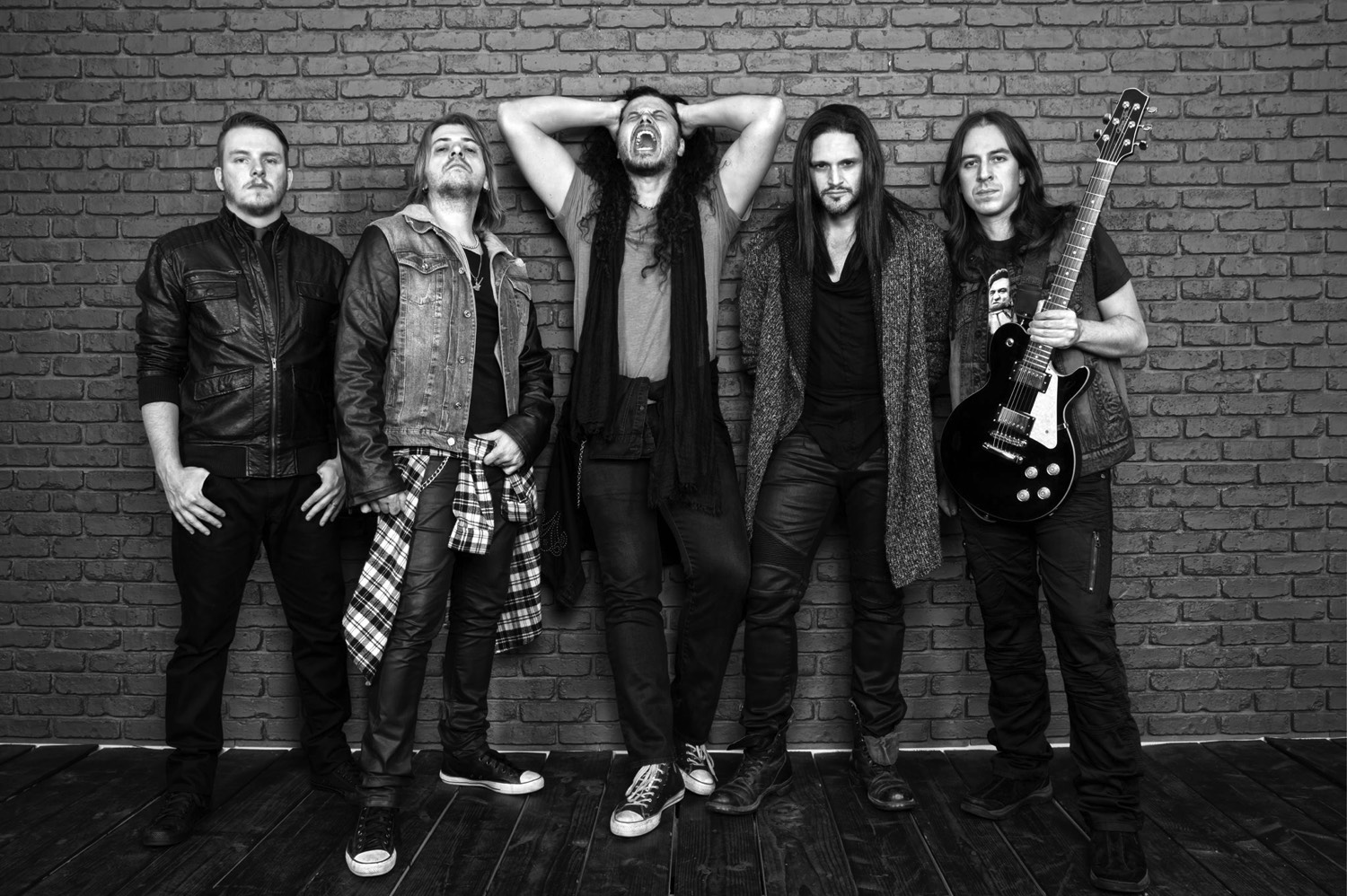 Singer Jeff Scott Soto is one of those guys blessed with a distinct soulful voice, who always delivers top quality. Take one look on his 30-year career and you have to conclude he is also one of the most all-round and hard working artists in the rock business. We all remember him being the impressive frontman on Yngwie Malmsteen’s first two albums: `Rising Force’ (1984) and `Marching Out’ (1985), which was the starting point of a serious career in music after playing in cover and local bands during his early teens. The American singer had entered the metal scene with a bang and this career move paved the way to establish himself as an artist finding himself recording and touring with bands such as Talisman, Soul Sirkus, W.E.T., Axel Rudi Pell and Journey, to name a few, as well as releasing albums as a solo artist during the next three decades. Jeff also features on numerous albums of others as guest vocalist or backing vocalist and he became one of the permanent singers of the very successful Trans Siberian Orchestra. And I haven’t even mentioned his collaboration with the Queen guys Brian May and Roger Taylor. In 2014 Jeff Scott Soto started a new serious adventure with his new band SOTO, in which he works together with the very talented musicians Jorge Salan (lead guitar), BJ (keys, guitar), David Z (bass) and Edu Cominato (drums), and the debut album `Inside The Vertigo’ was released in 2015. SOTO is now ready for the next attack with brand new follow up album `Divak’. HBLS speaks with Jeff Scott Soto about the ins and outs of SOTO. 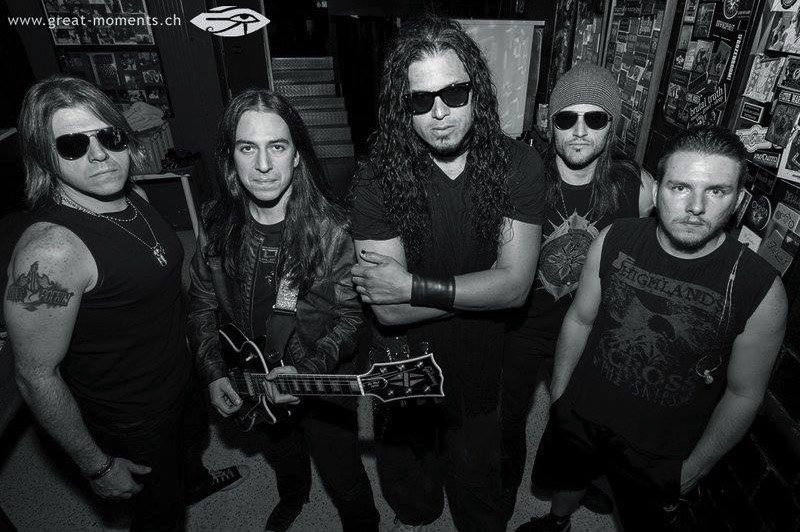 Barely a year after the release of SOTO’s debut `Inside The Vertigo’ (2015), second album `Divak’ is a fact. Why the rush?
,,The overall response on our debut was great but the access wasn’t there. The release of `Inside The Vertigo’ was a bit scattered, the album came out in different territories in different times and we weren’t able to access all the areas that we needed to, to get the attention. I was also working with a management that was poorly handling things. There was poor communication with the label etc. etc. and I kind of felt the album didn’t really had a chance to do what it should have done. So I didn’t want to wait too long with the next album because I created such a big buzz about my new band. I told the guys let’s dive straight back in the studio and hit them right were we left off. We revamped all the connections with the record company, I told them what I had in mind and they agreed with me.’’

A lot of business had to be improved, but what improvement made the band on `Divak’ in your opinion?
,,That was probably one of the biggest renovations, the fact that the band was more involved this time. The first album was kind of co-written with friends and other colleagues and the band did contribute but `Inside The Vertigo started as a solo album and somewhere ‘in the middle’ it became a band album. This time around it started as a band album and finished as a band album. Between the contributions and the performances of my band mates I limited the amount of outside people on this new album because I wanted everybody in the band to stand up on their own and finally get the recognition they deserve.’’

Did the guys surprise you during the writing process?
,,Actually not at all, because I knew they had it in them. This band is very much the way I envisioned it and very much the way Queen used to be. Because Queen had 4 strong writers, everybody could sing, record and perform their own parts and get their own things done. And that’s by design what I wanted out of SOTO. Everybody in the band just came forward with just song after song after song, everybody made a huge contribution and it was so easy to put it all together.’’

Did you have a certain musical direction in mind when you started the SOTO adventure?
,,Yeah, absolutely. The Jeff Scott Soto (JSS) albums were all scattered and anybody who knows me knows I love so many different styles of music, I don’t really stick to one. But SOTO is more metal driven, all the band members know the approach and the attack that we are looking for with our music. And of course when the guys send me new ideas they have to make sure they send me songs within that realm otherwise there is no way I am even going to listen to it. Everything starts and ends with me, if a song goes somewhere else and sounds like it belongs on a JSS or W.E.T. album it is not going to pass. But I don’t tell them what to write and how to write it, I just basically tell them energy wise and vibe wise what this band needs and that’s it. I don’t really mess with their creations. I might tweak little things here and there, but for the most part I take everything they give me and I just finish it with writing the lyrics and melodies and then we record them.’’

Like with the debut, you did the production yourself together with your drummer Edu Cominato. How challenging was that for you?
,,I enjoy sharing the production side with Edu because he listens to a lot of music I don’t like but I understand its current and cutting edge. And it is always a good thing to work with people who are looking into the future of music and not always looking to the past. I am a classic guy, I’ve been doing this for over 30 years so naturally I write and think the way I do and it is kind of hard to pull me out of my own creative comfort zone. But with somebody like Edu, I trust him enough when he says: `no Jeff that sounds like 1985 or it is way too nineties’. He can kind of steer me in the direction to keep our sound current but also I know when I write I make sure it sounds like me.’’ 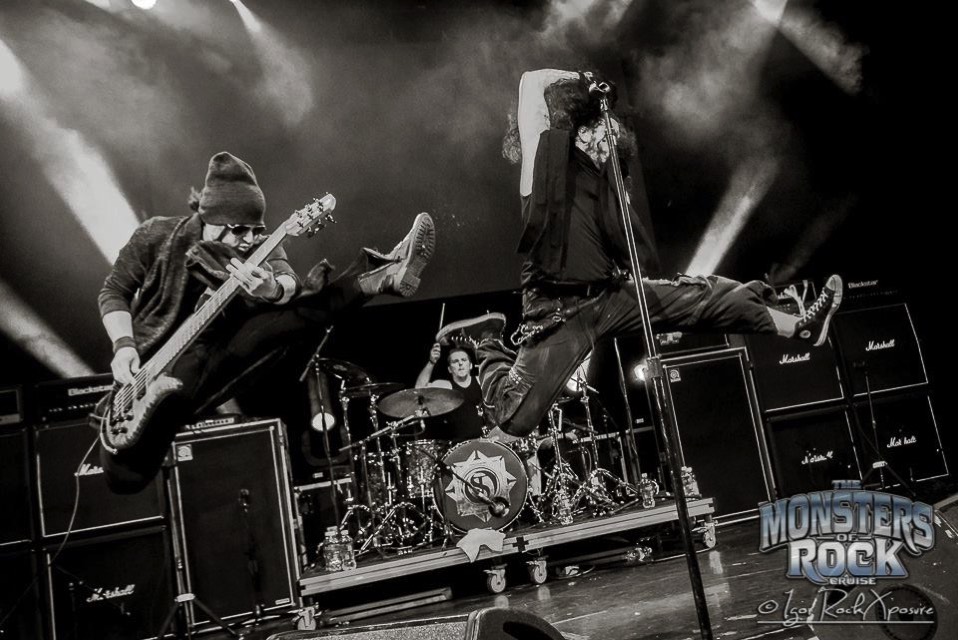 Why is it worth this time to go on tour with SOTO?
,,We wanted to do it last year but unfortunately we had the bad management, there was poor planning and the tour staging was really poorly operated. Now we have two albums to choose from and we can truly present the band as a band. The only way to show people that this is a real band is to play a majority of SOTO songs otherwise every year they going to expect me to do the nostalgic best off show and that is not what this is about. So it is actually better that we waited to do our first tour after the second album, because now we are establishing ourselves as a band and we are establishing these two records and all these songs. Of course we throw in the occasional songs that people might expect but the majority of the focus is on the band SOTO itself.’’

What is the intention of a SOTO live show?
,,Energy, fun, everything I have always done with my solo bands but obviously it is on a higher level now. It is a more intense situation because the music is heavier and therefor you get a little more of the attitude that goes with that. But overall it is still top entertainment and we are entertaining ourselves so I can imagine what the audience is looking at.’’

You are used to play big stages, in front of huge crowds. How different is it to play in smaller clubs with SOTO?
,,For all of us it is the same gratification and we give the same show as if we’re performing in front of a larger audience. We just love it! Of course it is great to play at the Wacken Open Air festival in front of 75.000 people, but I would say maybe 75 of those people are there to actually see me, hahaha. I know when we play the smaller places with SOTO everybody is there to see me and this entity as a band.’’

What does this SOTO adventure in general mean to you as a person and as an artist?
,,To me it comes to full circle really. I have been doing this for over 30 years. I started as a hired gun for Yngwie Malmsteen and I have had the chance to perform with some of the biggest bands in the world. I have done my solo thing and now it has come full circle with a band again. SOTO is my number one priority right now. I am with my best friends and we are doing something new and exciting yet it is kind of a return to my metal roots. This is where it feels great to be right now and I hope to be here for the next ten years until somebody tells me: `hey you are too old to be on stage’. But hey as long as Mick Jagger is doing it, I’ll keep doing it.’’ 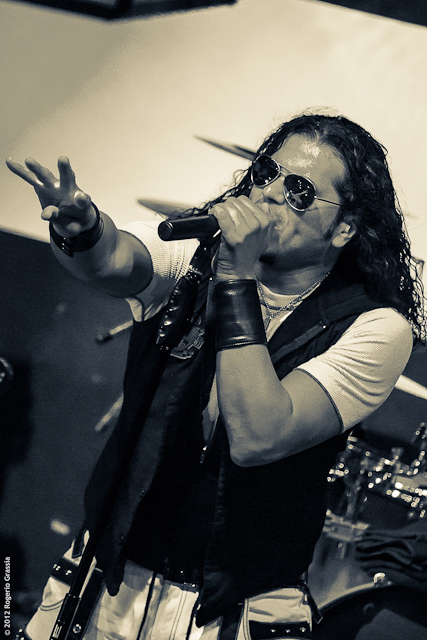 There will be an exclusive reunion show with Talisman on Frontiers Rock Festival III (24th April 2016). What is the reason for this?
,,Obviously I have a long standing relationship with Frontiers Records and so does Talisman. When we did the reunion show in 2014 on Sweden Rock Festival it was because of the 5 year memorial since Marcel left us. When we were asked to do a headline show on Frontiers Rock Festival III we decided it is a good thing to do. But this show is to celebrate our legacy; the body of work that we created together and the timing is perfect because we were planning to be here in Europe on tour anyway. This show with Talisman would basically ended the SOTO run by just going over to the middle islands playing that last show with Talisman before going home. Everything worked out perfectly.’’

What else is in your agenda the rest of 2016?
,,After this I go home having a little break of two and a half weeks. After that we go with SOTO to South America to do a three-week tour with The Winery Dogs. It looks like we have the summer off but we are looking at dates right now for a possible second leg with SOTO in Europe in the fall because we missed a lot of countries on this particular one. I go to Japan to do something that is not announced yet so I can’t mention it now. And in November and December it is TSO time. Next year we are looking to hit the festivals.’’

Can we expect another SOTO album soon again?
,,Yeah, I think we are going to start writing at the beginning of next year. Because we have been working so hard from the inception of this band until now, I don’t want to rush the next album; I want everybody really concentrating on the quality of songs instead of quantity. I would imagine we’re probably going to start recording in the spring of next year and it could be ready the end of 2017.’’
—
Check out SOTO’s website and Facebook page
(Header photo taken from official SOTO website, photo by Natalia Britt)