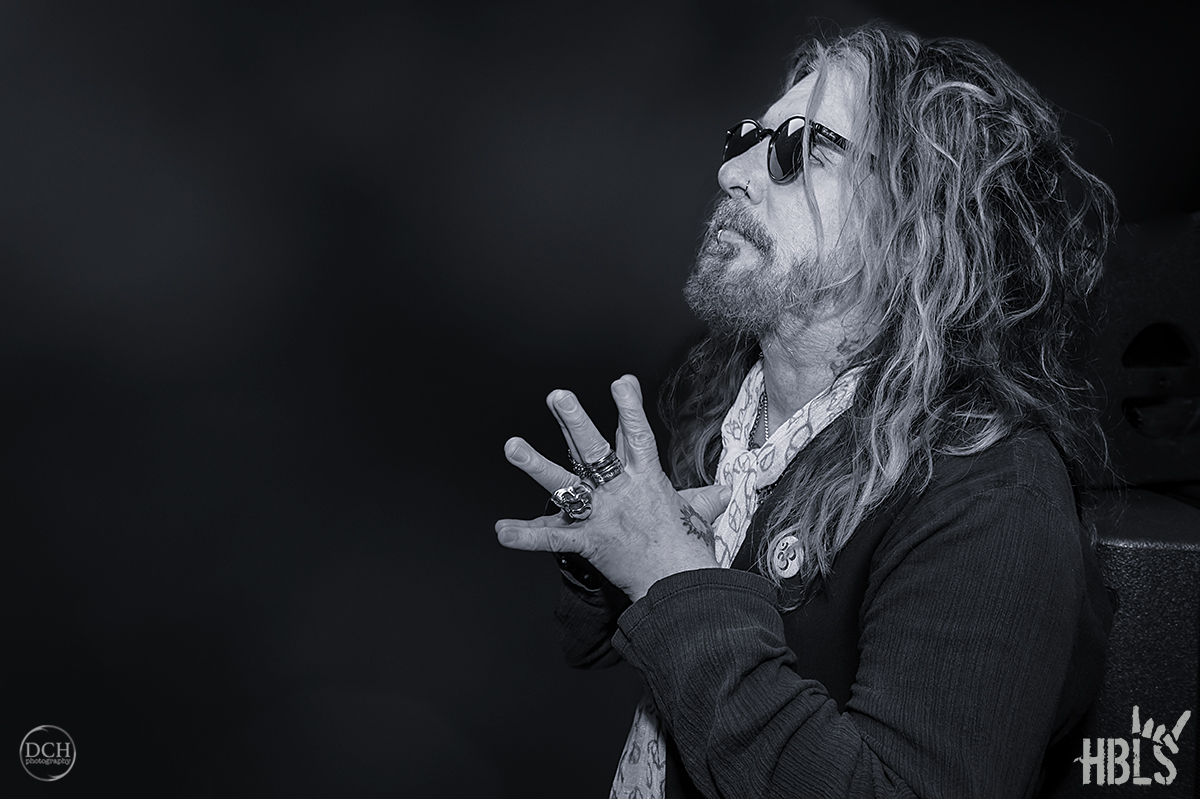 John Corabi has a colourful career. His first success came with THE SCREAM. After that he was recruited by bad boy band Mötley Crüe to step in for their singer Vince Neil. Although considered the best period creatively, the album wasn’t a success commercially. So, because money talks, Corabi went out and Vince Neil back in. His partnership in UNION, with ex-Kiss guitarist Bruce Kulick, who was kicked out of Kiss almost at the same time, was more or less therapeutic. The album however, wasn’t really a success. Being in and out of several projects and bands his career really kicked off when he was asked to join The Dead Daisies. The schedule of recording and touring was murderous and after 4 years, 3 albums and continuous touring he decided to call it a day. After an intimate acoustic show at ‘De Boerderij’, Zoetermeer (NL) he sits down with HeadBangers LifeStyle’s Ron Willemsen and explains his departure now almost a year ago… 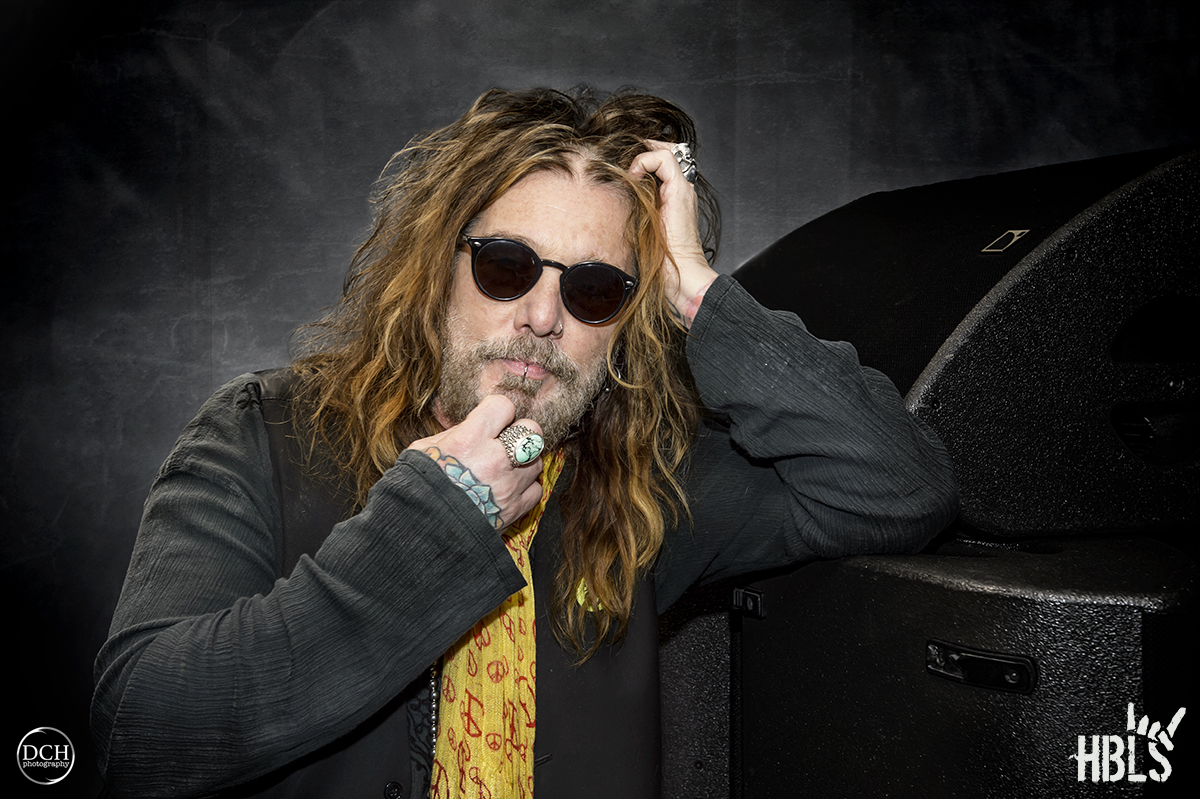 ,,Honestly, I love that band and we still get along great, even Glenn and I. The thing is The Daisies, their every day schedule is just packed in a good way, but it was starting to become too much for me. Not only our touring schedule was heavy, but before the regular shows we did acoustic shows in the afternoon, acoustic shows at radio stations, press, meet and greet, Facebook live and then a two hours set every night… and that day in day out. The last Daisies tour in America, 2018, we did 53 performances in 33 days and although it is a great band, I couldn’t continue to push my voice this way. If I blow my voice you take somebody else, but I can’t do anything, I’m screwed. For a guitarist or drummer that’s fine but for me as a singer it was hell for my vocal cords. I didn’t wanna be the guy complaining about that, so I left. During that last American tour, I told the band I had to think of my health and that they better find somebody else which they did. Absolutely no hard feelings, I am still in contact with everybody and if they want me too, I would love to support them on one of their next tours when my solo album is ready and out.’’ 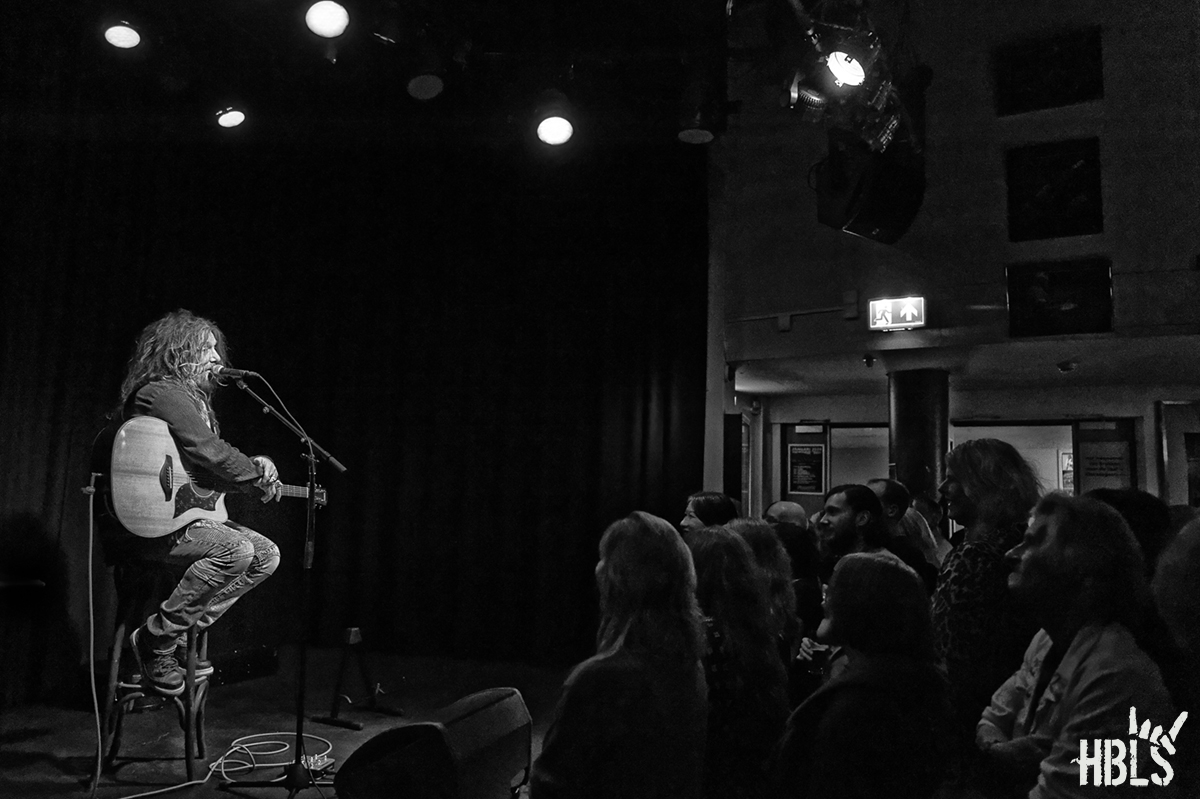 About the Mötley Crüe reunion.
,,150 million Dollars is a lot of money to say no to. You know, I decided that I will retire from music after the last American acoustic tour, but I am prepared to come back if LiveNation offers me let’s say 10 million Dollars, haha.’’ 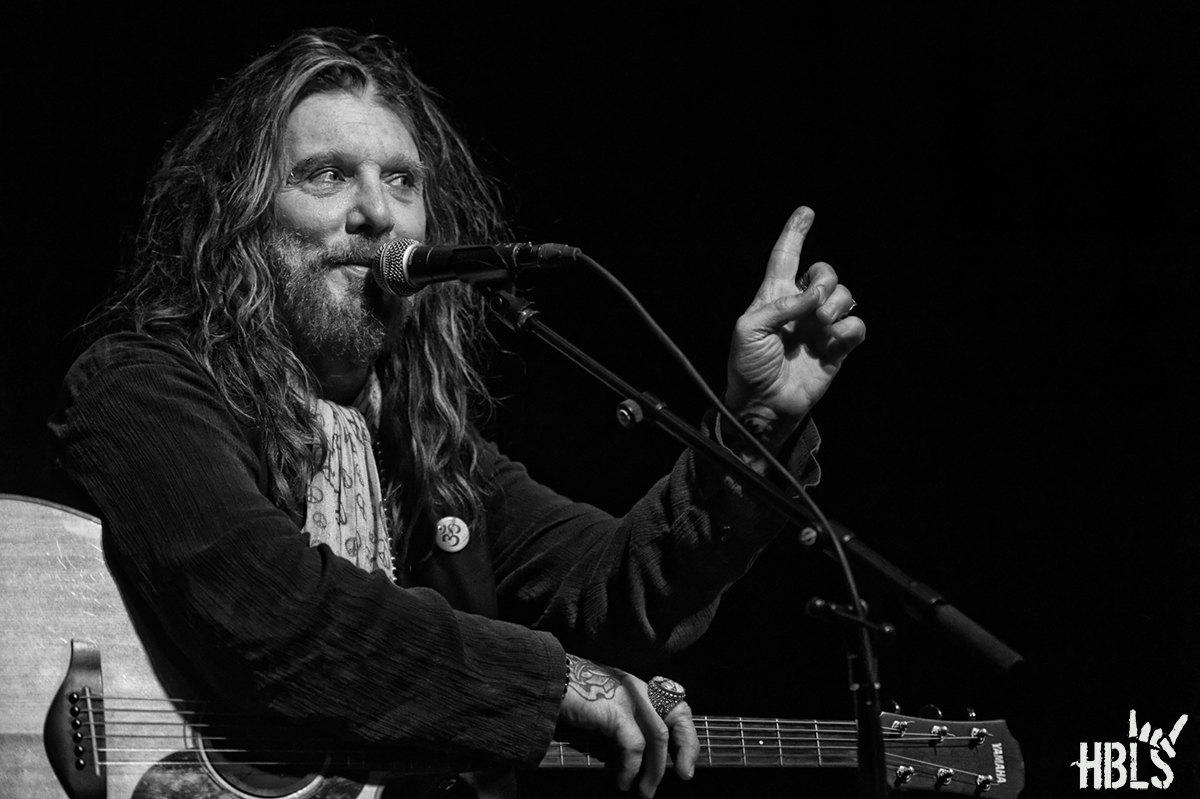 The acoustic show was fantastic. Corabi shows his excellent musicianship combined with a great sense of humour and the ability to tell hilarious stories and a very positive interaction with the audience. He played over two hours and it all seemed over in the blink of an eye. Apologising for the fact he wasn’t feeling too well because of a bad cold; but nobody could hear something was wrong. This was a singer at his best. Union songs (,,Love (I Don’t Need It Anymore)’’, ,,Dead’’)  followed by The Scream (,,Father, Mother, Son’’, ,,Man In The Moon’’), Mötley Crüe (,,Misunderstood’’, ,,Hammered’’, ,,Hooligan’s Holiday’’) and The Dead Daisies (,,Dead And Gone’’, ,,With You And I’’, ,,Something I Said’’), all this complimented with a few of his influences like Creedence Clearwater Revival (,,Who’ll Stop The Rain’’), Aerosmith with a more than 10 minutes story about how he met the band in the studio (,,Seasons Of Wither’’) including a Steven Tyler impersonation. The Cars (,,Drive’’), a hilarious on the spot made up Christmas song and a song from his solo album (,,If I Never Get To Say Goodbye’’). 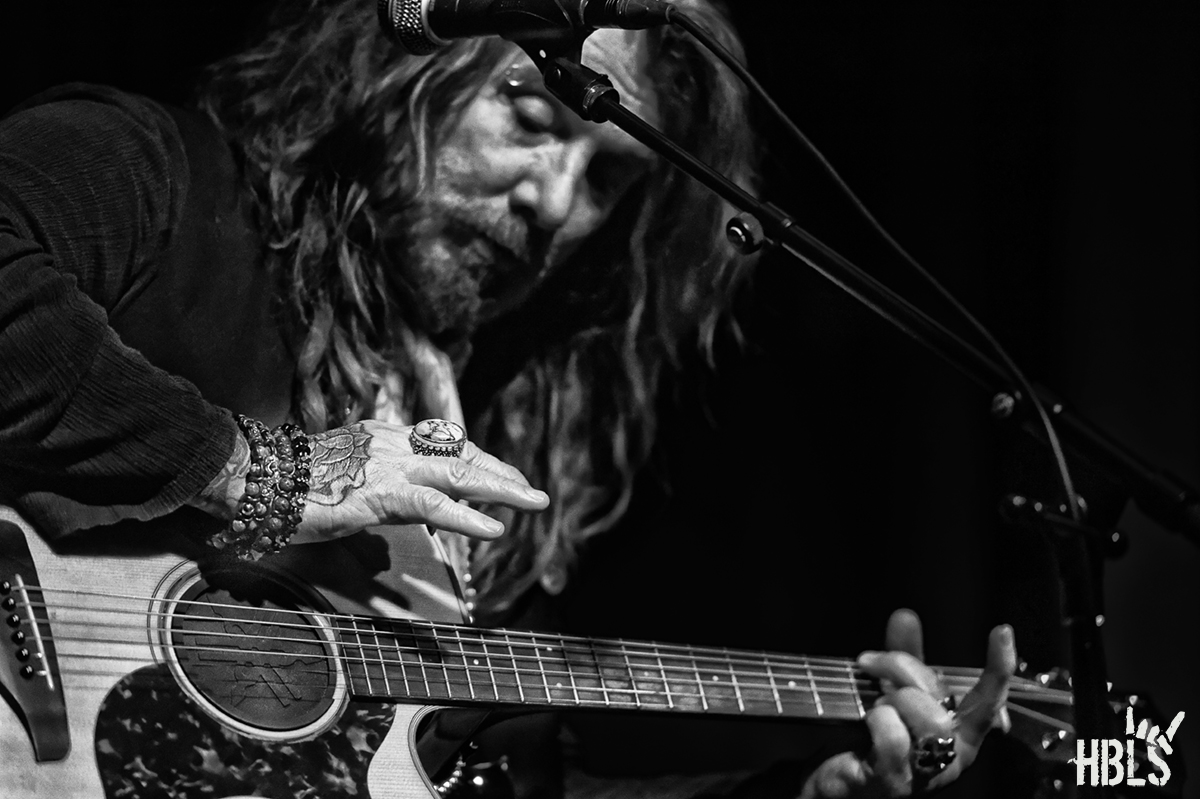 Solo artist or a new band?
,,Before The Daisies ever even called me I had a band with my son Ian on drums. By the way, he just toured Europe for the first time with his band Tantric. I have a bass player Topher Nolen, guitar players Phil Shouse and Jeremy Ashbrook from Ace Frehley and Gene Simmons’ solo band. I continue working as soon as I am home in Nashville. The framework is ready and once completely done I want to get them to play on the record and tour. I have a full band, we were doing shows everywhere, but it was put on hiatus. That is also one of the reasons I wanted to leave because I wanted to be in a band with my son.’’ 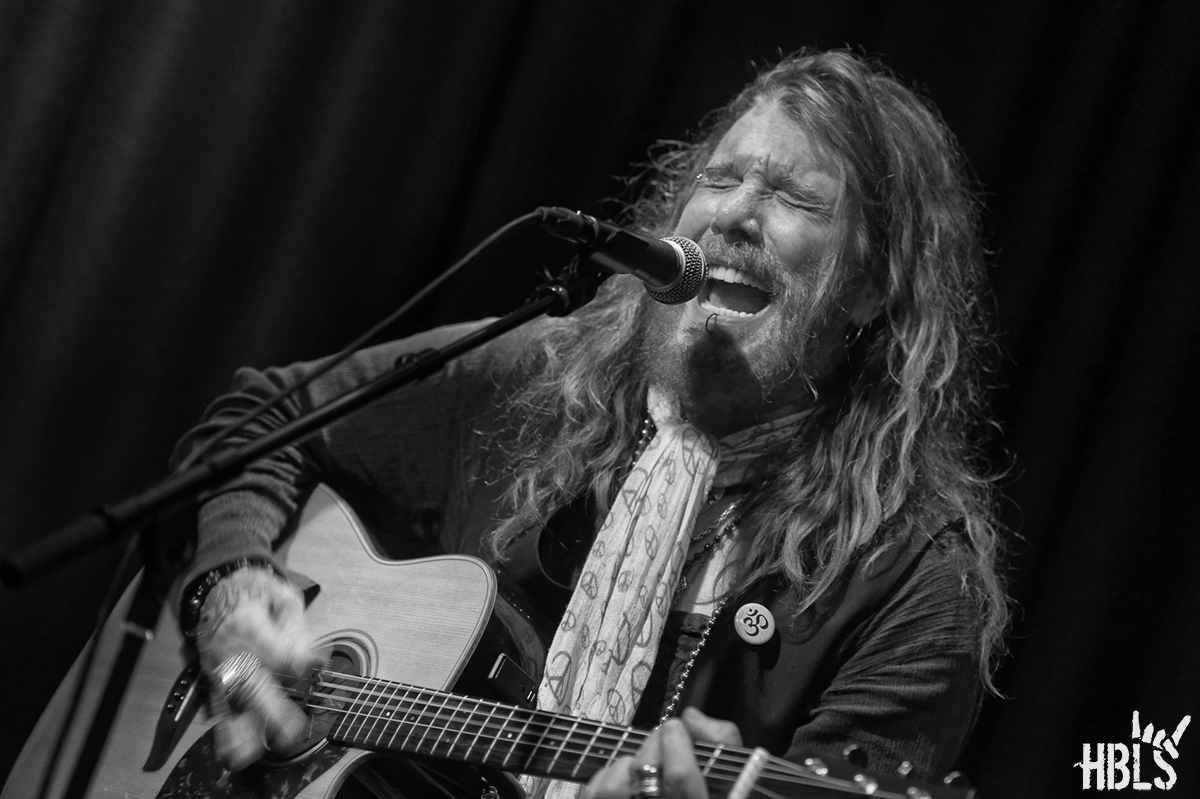 What is the biggest challenge now you have to take care of everything yourself?
,,It is a bit scary. The hardest part is writing the music. With the Daisies we would just sit in a room and me or Doug, or Deen, or David, Marco, everybody jumps on that riff, throwing ideas and finish it. Now it’s all me. I’m a little stressed about it but it’ll be fine. A lot of the material, even early on in The Scream, a lot of songs I started on my own, I had the chorus, verses and would bring that to the band and they would add and help develop. Any good producer would help you do the same thing. What I ultimately like to do is work with Marti Frederiksen who has done The Daisies stuff. He is a good friend and we both live in Nashville so if Marti’s busy schedule permits, I would love to have him at least write some of the stuff. I already started recording some stuff with another friend of mine, D.A. Karkos, who sings and plays guitar and we recorded the Unplugged album together.’’ 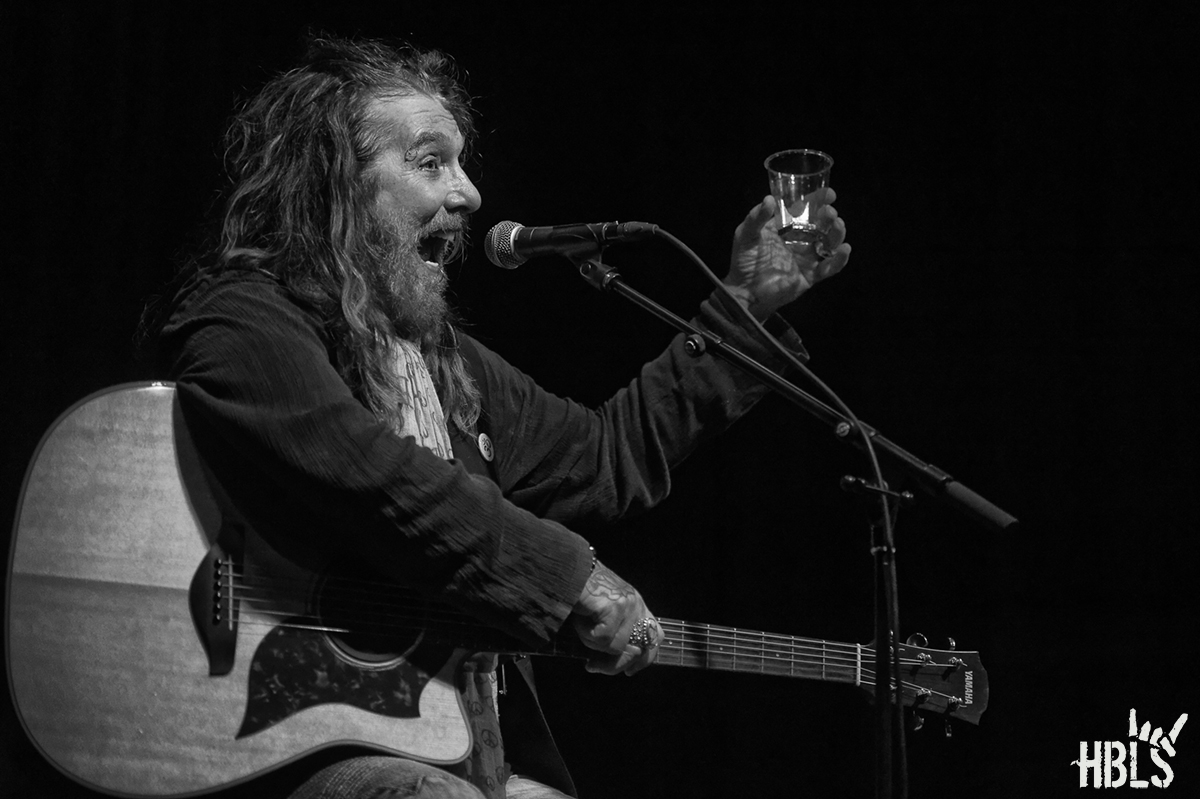 How do you put a setlist together for a show?

,,I don’t. Sometimes somebody just yells a song that I kinda forget I even had and just do it. The thing with my acoustic shows is that I just want it to be personal, intimate. I want to be able to look at people and interact with them. I just want it to be fun, so it is spontaneous, not scripted and I tell jokes… bad jokes.’’ 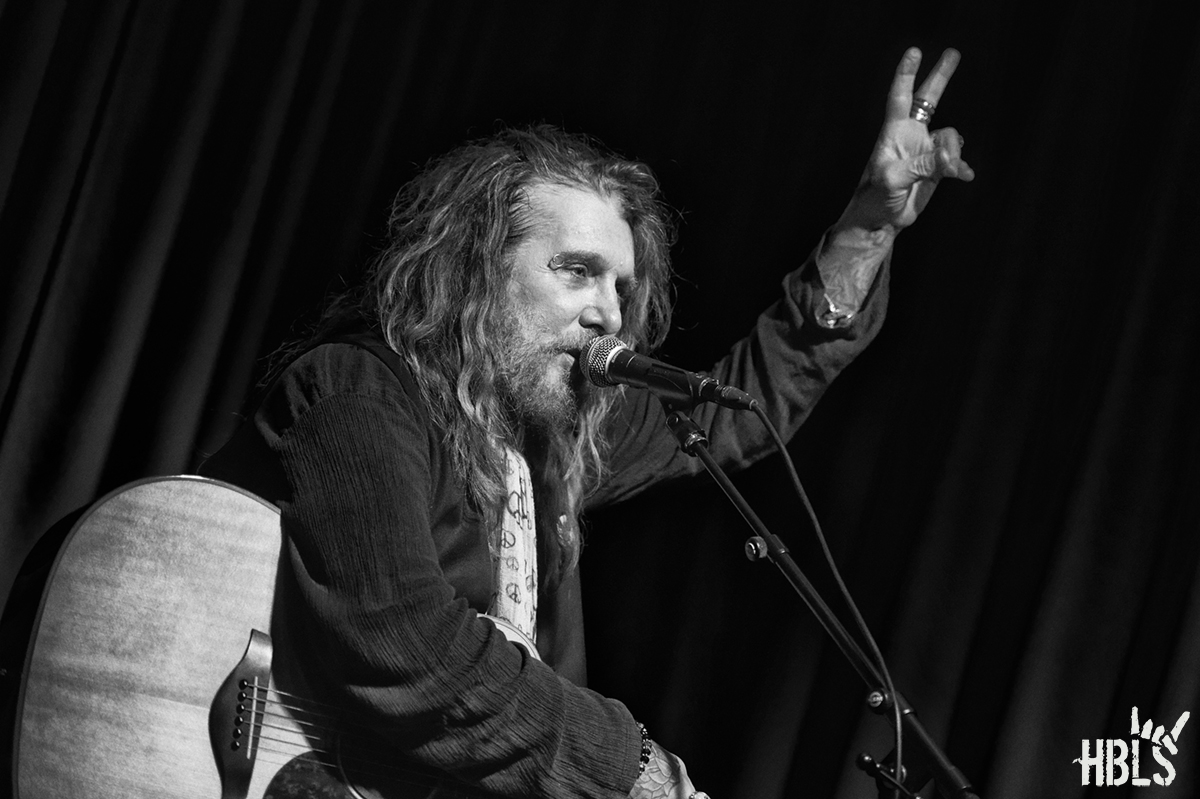 The show lasted more than two hours but it didn’t feel that long.
,,It didn’t for me either and that’s good. I don’t have a clock. Some places we must go on at 8 because they close at 10. Most of the people who are here already have the albums so if that’s what you come for, you could have saved your money on the ticket, the gas or train, stayed at home and listen to the CD. Most people told me they wouldn’t mind if I did not play any songs at all, but just tell them stories.’’ 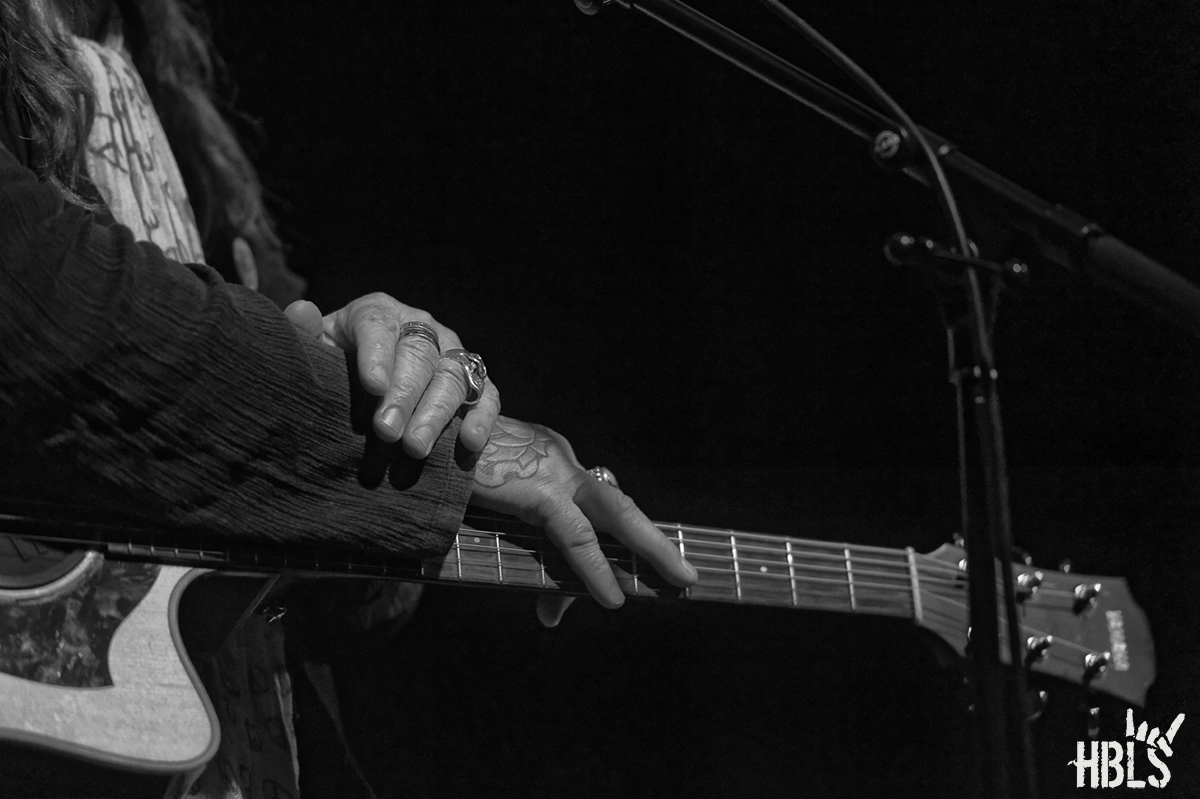 Why not a spoken word show; because the stories are sometimes hilarious. Ever thought about writing them down?
,,I’m actually writing a book and besides some of the stories I tell on stage there will be a lot more. It should be ready in 2020… . My wife always comes with me when I do shows in America and often we walk into a club, I soundcheck, go back to the hotel and go back to the club and there is a full force metal band playing and I’m doing an acoustic show. I set up my stuff and get up and do what I did tonight and everybody goes ‘that was great, that was fun’ and my wife says, ‘if you ever go out of music you have to go into comedy because some of the shit you say on stage is so wrong but so funny. Just keep doing what you’re doing’. I am not bullshitting, I elaborate some parts of it, but it is absolutely true.’’ 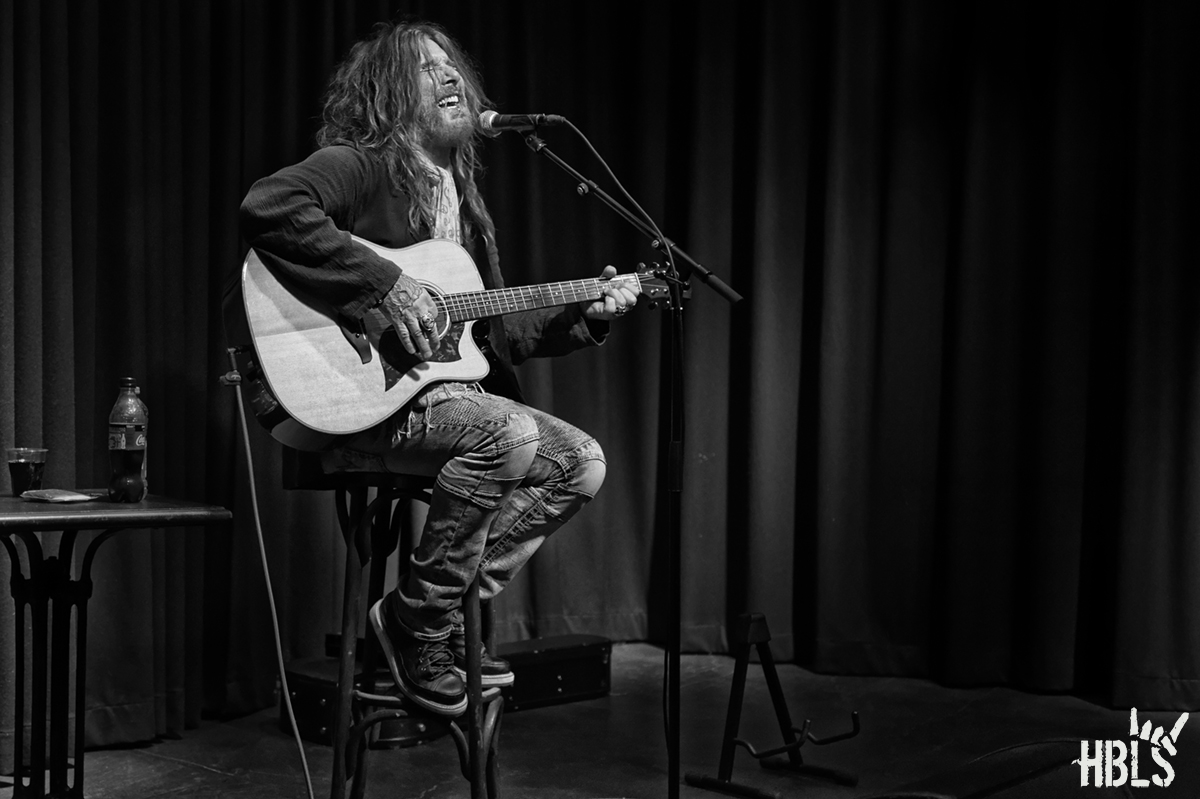 ,,I have some acoustic shows booked but the main focus is to finish the record, the book and take it from there.’’
—
All photos by Dirk van den Heuvel of DCH Photography