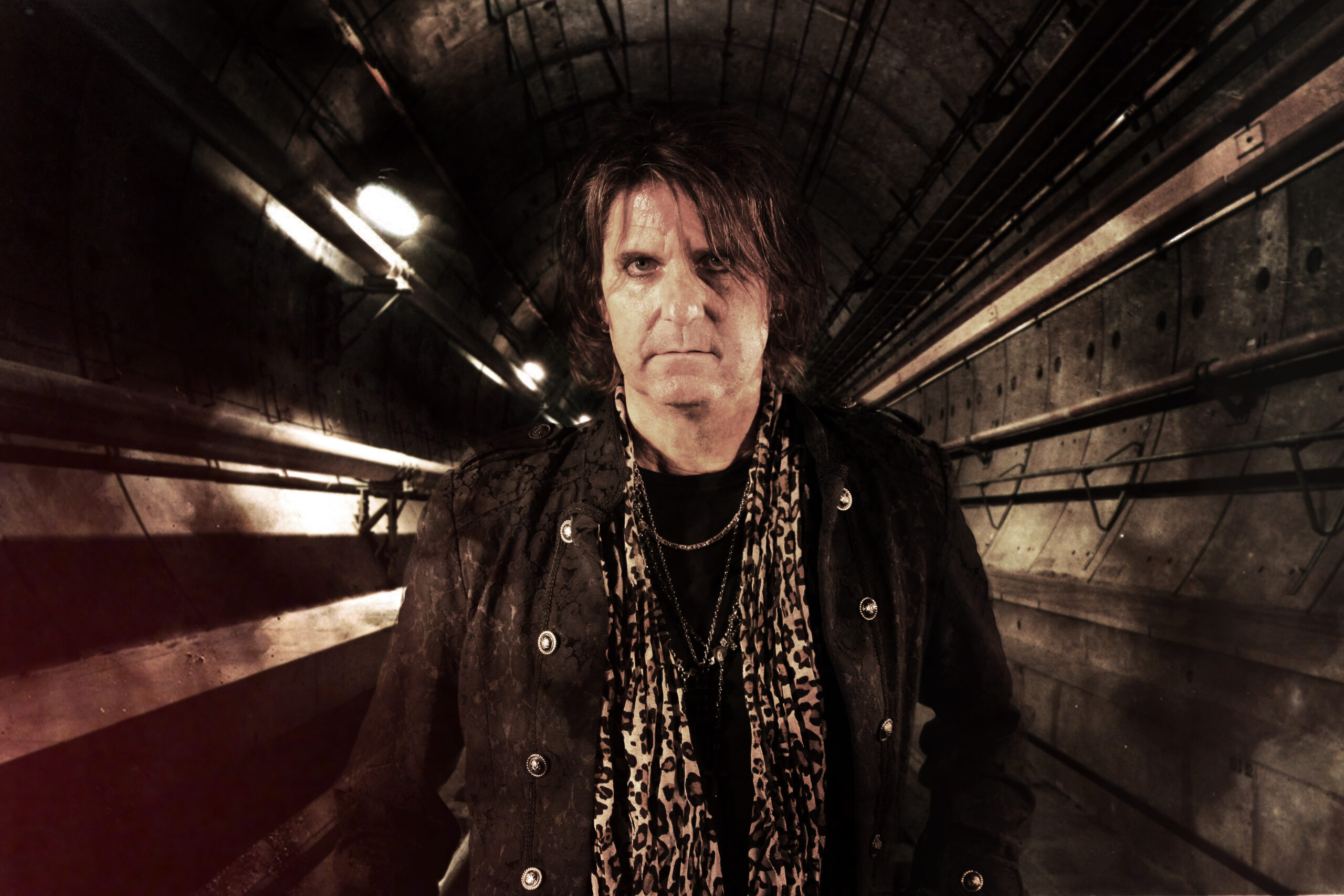 A Musician In Heart And Soul

Kee Marcello is a Swedish guitarist who made name as leader of the glam rock band Easy Action and of course as replacement for John Norum as the latter left Europe in 1986 on the brink of their definitive breakthrough with ‘The Final Countdown’. With Europe Marcello recorded two albums, did three world tours until the band went on hiatus in1992, and Marcello had to find something new. He wrote an autobiography, ‘The Rock Star God Forgot’, released solo albums, is part of the ‘Rock Of 80s’ theater tour in Sweden and will debut his own theater show ‘Rock The Night’ based on his autobiography in November and December. Recently he returned with a solo album titled ‘Scaling Up’ and now there is Kee Of Hearts, a new project with German singer Tommy Heart. HeadBangers LifeStyle took the opportunity to give Marcello a call and ask him for an update. 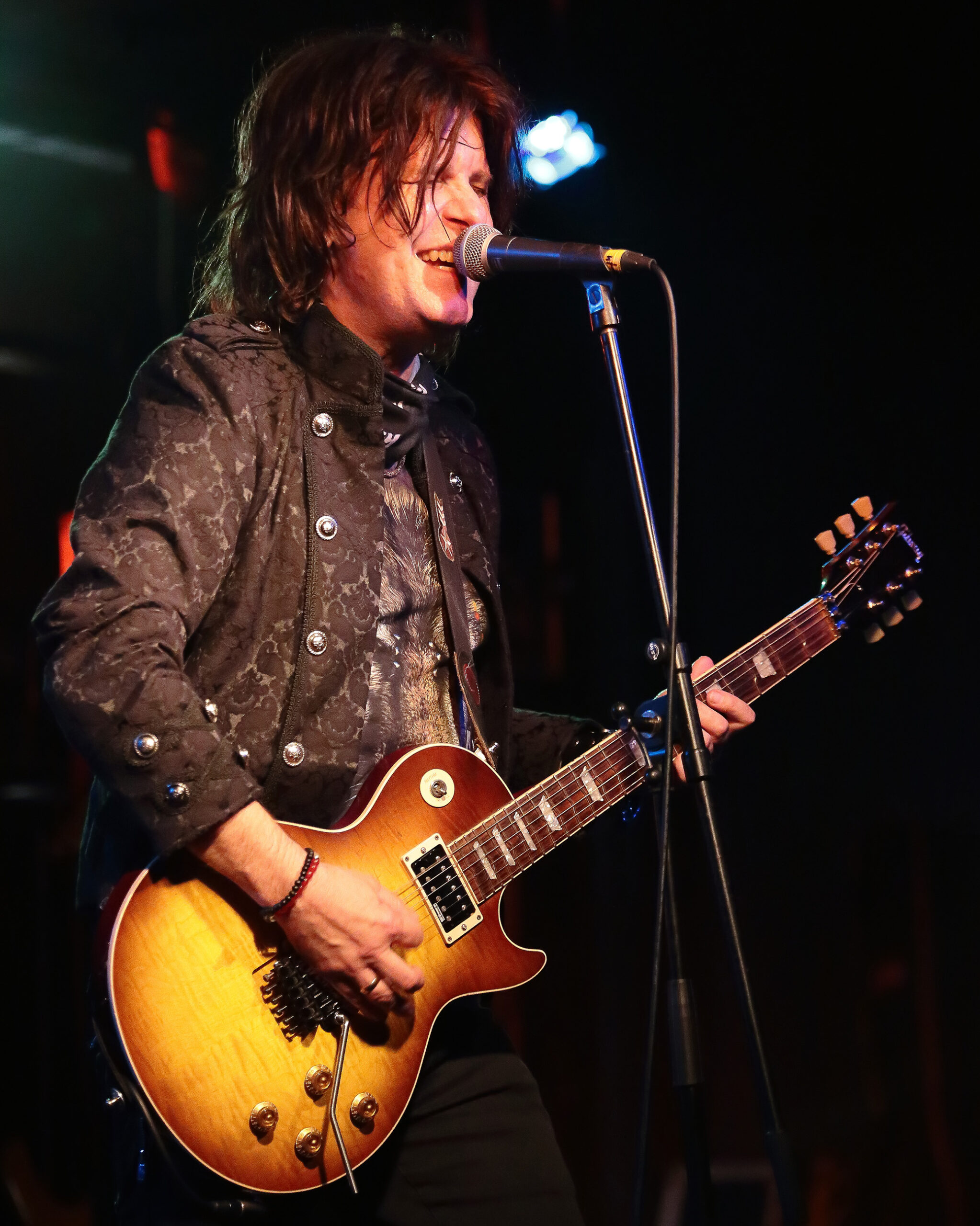 Kee, what sparked your interest in music?
,,I guess it started with Ritchie Blackmore, growing up in the seventies and listening to his guitar that’s where it all started. Playing electric guitar was a no-brainer, it was exactly what I was meant to do.’’

When did you know you wanted to become a musician?
,,Almost immediately, but in the beginning obviously I grew up in Umeå, a small city in Sweden, and in the seventies there was basically nothing there. After playing for two years I started telling everybody I was gonna be an international rock star. And they thought I was crazy, or on drugs. Then I moved to Stockholm in ‘79 and it happened. There you go, if you wish for something hard enough it might come true.’’

What would you’ve become if not a musician?
,,Oh, there was never a Plan B, never. And I’ve hardly ever done anything else but playing so it’s really hard for me to know. If you want an answer on that; lately I’m into reading contracts and all that, so maybe some kind of lawyer because I like copyrights but I don’t think I have the patience to go through law school. I do have the patience to sit down and play all the riffs but that’s because I love playing the guitar, that’s a different thing.’’ 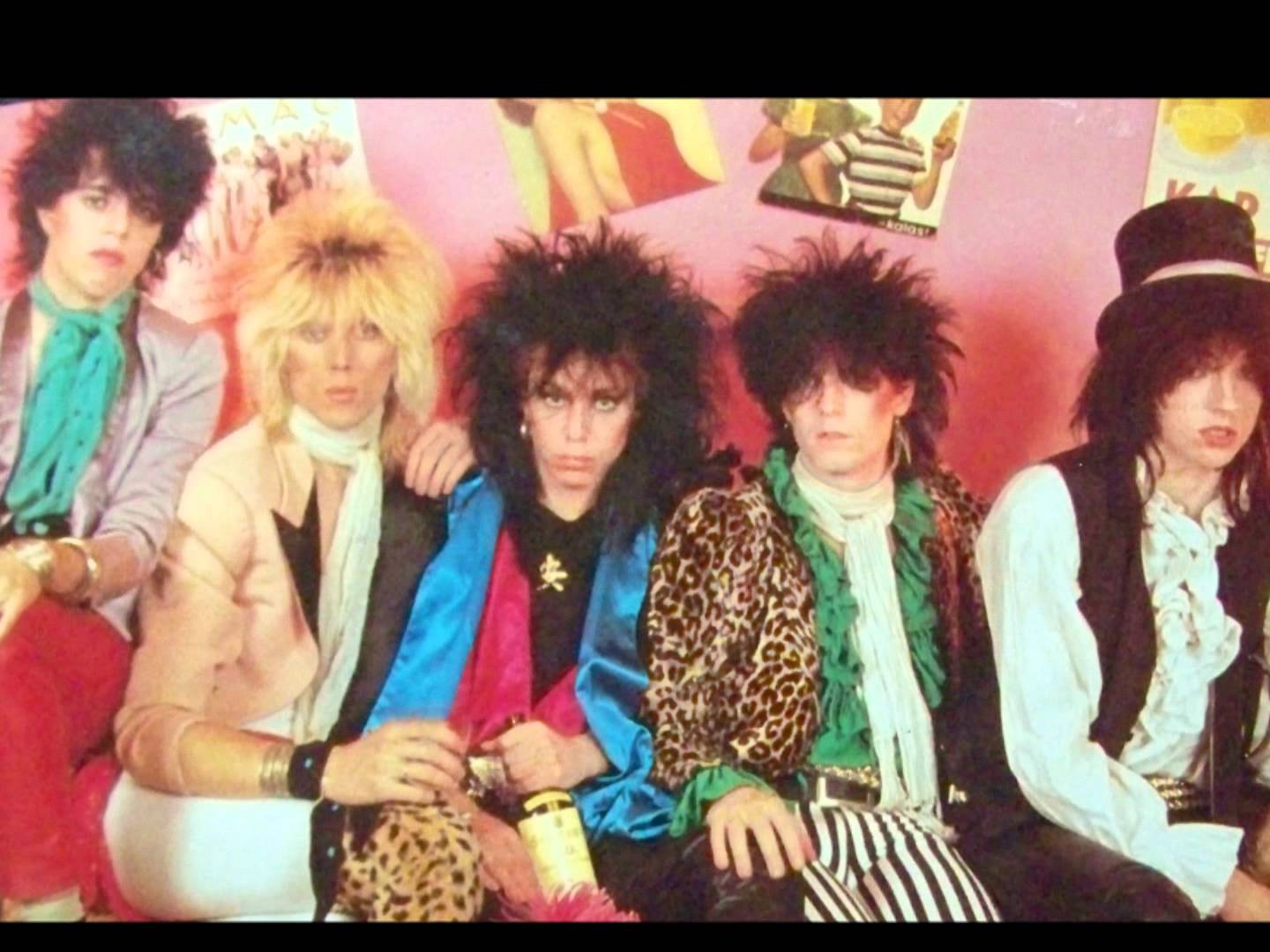 This interest of yours in copyrights and stuff. Does it have to do with experiences in the past?
,,Absolutely! So many times you’ve been signing the wrong contracts and you’ve been ripped off. You can ask any musician in my league and they will all give you the same answer. One way or another you bumped into the wrong person and all that. For instance, I mean, I don’t know if you familiar with that, when Poison stole my song from Easy Action. In 1983 I recorded a song with Easy Action called ,,We Go Rocking’’, which I still play live. But they recorded a song called ,,I Want Action’’ which appeared to be exactly the same song with new lyrics. We took them to court but settled outside the court. I didn’t have a money problem at all because I was in Europe and we sold millions of albums, but the other guys in Easy Action, who co-wrote the song, wanted some money so we went for the settlement. In retrospect, we should have brought them to court because it was a done deal. I know, everybody knew it was a rip off. The case was even that the producer [Ric Browde] who made that Poison album brought Easy Action albums to the studio as reference albums and he should even have suggested they should do a cover of the song but instead they took it. That sparked my interest for copyright.’’ 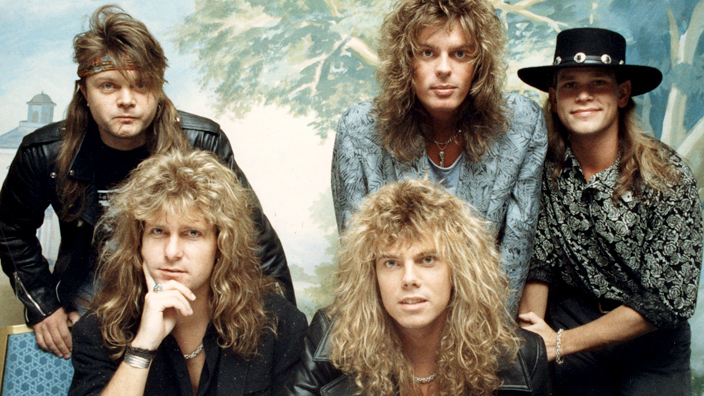 You played an important role in Europe in their heyday. What are your best memories?
,,So many good memories. The tremendous impact, all the people, we played arena’s every night, flying private jets; it was absolutely amazing for a while. That’s the best memory, the wholeness of it. On tour with gigantic productions and you could do pretty much whatever you wanted to. Always a money thing when you’re planning a tour because it’s very expensive. Even when you play the big arena’s the economy has to be in focus all the time, but not during ‘The Final Countdown’, ‘Out Of This World’ and ‘Prisoners In Paradise’ era, we just put on more of everything.’’

LIVING IN A BUBBLE

Is there a point where you lose touch with reality?
,,Of course there is. You are living in your bubble. You can’t really leave the hotels because of all the screaming fans. That is actually what ,,Prisoners In Paradise’’ is about. It is something our manager back then, Herbie Herbert, came up with when he once said ,,you guys are like prisoners in paradise’’. You start developing some sort of non real version of yourself because you are not really part of reality anymore for obvious reasons.’’

What is the last thing you do before you go on stage?
,,Oh, that’s a good one. I’m almost never nervous for some reason so I don’t need any rituals or so, but I do need a couple of seconds alone. If there is no other place I just go to a bathroom where I can be in solitude and just collect my thoughts. Go through the setlist in my head, even while there is a setlist on stage. Otherwise you go on stage thinking about things unrelated to what you have to do. I have to re collect my thoughts 5 minutes before the gig and then on, that’s my recipe.’’

Is there a special item you have to take with you on tour? A talisman?
,,My talisman is my in-ears, that’s it. I am probably too confused to have a good luck charm or something, I would probably lose it, I am not superstitious.’’ 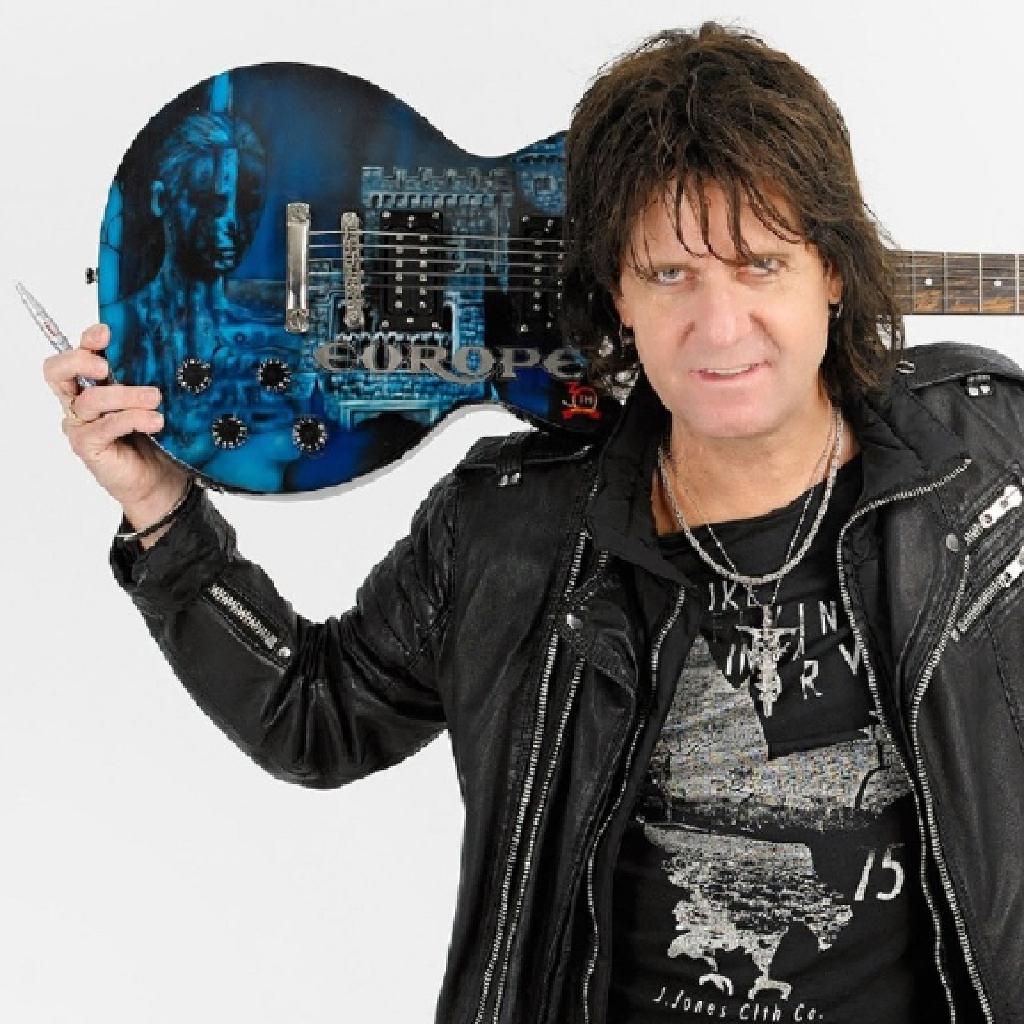 Is there a difference between Kee on stage and Kee off stage?
,,Absolutely, there are 2 people, it is a Jekyll & Hyde situation in a way. If I would appear in private as on stage people wouldn’t get it. And there is also a difference in attitude. It’s funny actually, my neighbours came to see me at a gig one day and they said ,,wow, that’s a different person, we don’t know you when you’re on stage’’ and I guess that’s it. You enter a different character, I think we all do.’’

What do you consider the best song you’ve ever written and why?
,,Maybe ,,Together Alone’’ from the ‘Shine On’ album because it is very poetic I think. It’s also surrealistic in a way and I like it. A lot of fans probably disagree but everybody has the right to his own opinion.’’

BE STUBBORN AND DON’T GIVE UP

What advice would you give to a kid who wants to become a musician as well?
,,My advice would be: be stubborn as hell! Because if you tend to be a person who gives up easy, this ain’t gonna work out. The thing is, there’s so many times when people say ,,you can’t do it’’ or ,,you don’t have what it takes’’ I can tell you I got that stuffed into my ear thousands of times but if you listen to that negativity you might not even start trying, so don’t listen to anybody else but your inner voice: be stubborn and don’t give up. The difference between me and all the guys I played music with in my teens is that they all gave up and I didn’t. It’s like Charles Bukowski said ,,talent is a myth’’ and I believe that to a certain extend. You have to work hard if you want to achieve something.’’ 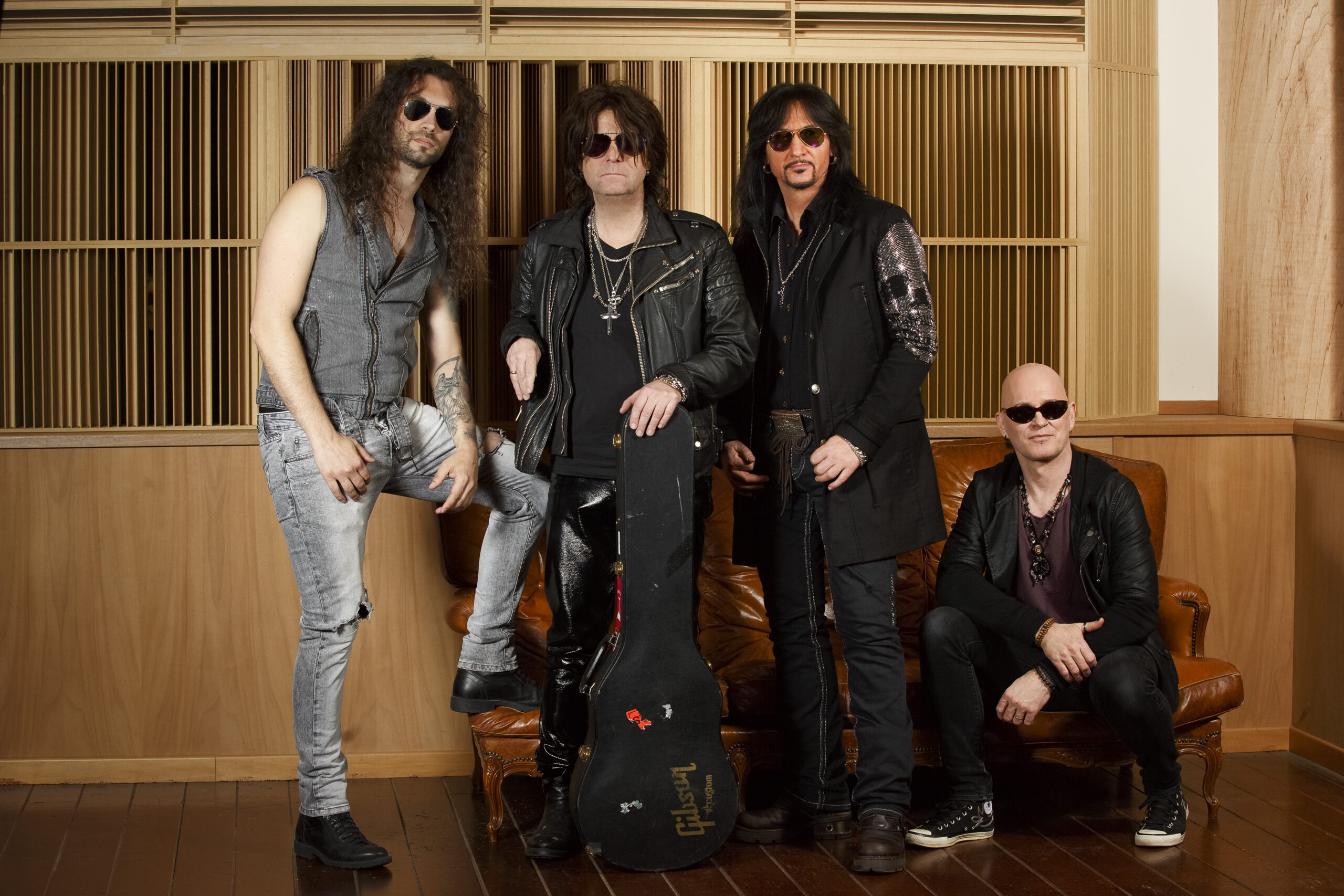 Kee Marcello with KEE OF HEARTS  Photo by Johnny Pixel

What is still on your musical wish list?
,,That’s a difficult one. One thing I discovered is that there’s always another song I want to write, another riff or another solo. There’s always another singer, bass player or drummer I’d like to work with. You know what; I would love to play in AC/DC for a week, that would be fun. I would go for the rhythm parts because they are the most interesting parts.’’
—
Header photo by Owe Lingvall

Check out KEE MARCELLO on his official his Facebook Page

,,Don’t Miss You Much”, Kee Marcello’s latest videoclip from his solo album ‘Scaling Up’: