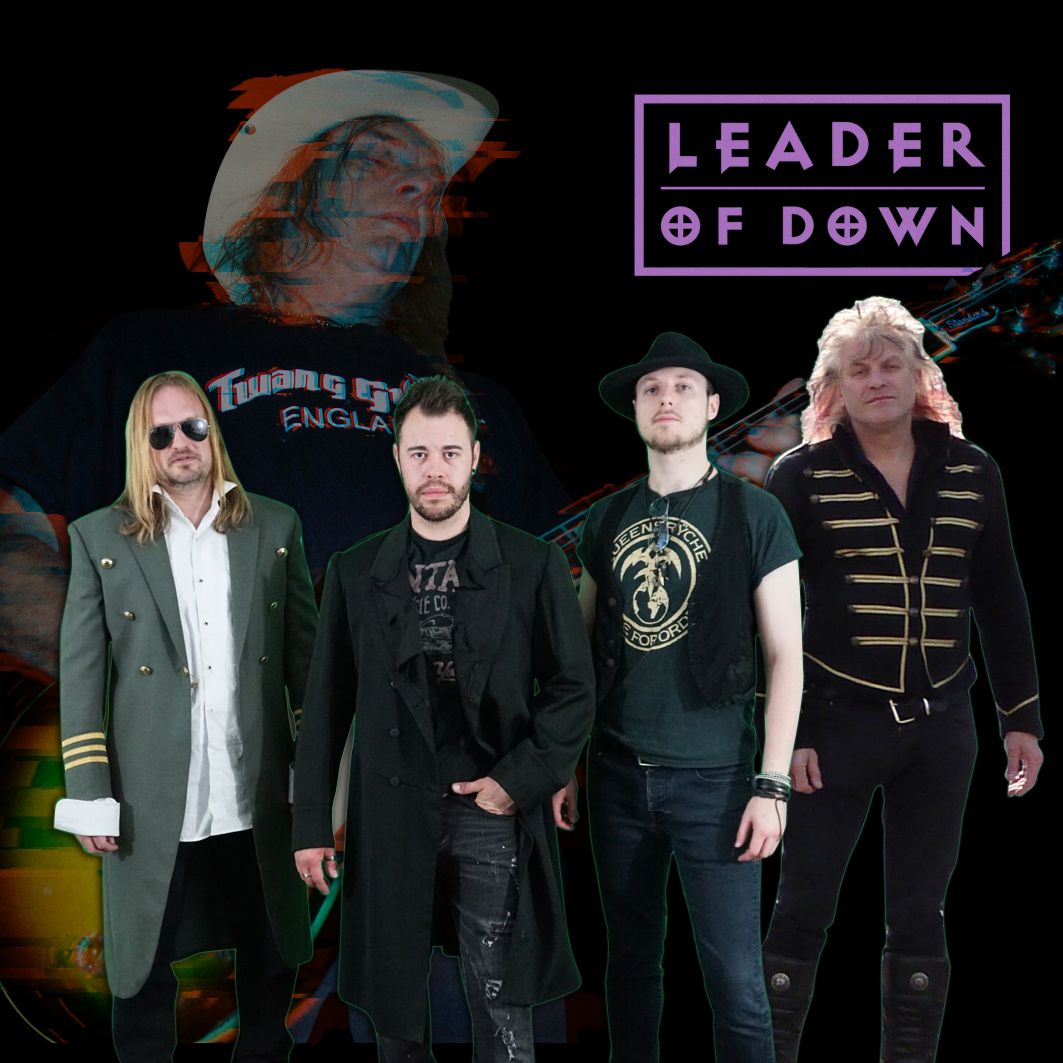 A Real Project Of Passion

Leader Of Down is the brainchild of Grammy nominated former Motörhead guitarist Würzel and bass player Tim Atkinson who after forming the band Leader of Down in 2008 busied themselves in a London rehearsal studio writing dozens of tracks in preparation for recording an album. After Würzel’s tragic death in 2011 the band continued to finish the album and enlisted the help of some friends but it wasn’t until recently that the album ‘Cascade Of Chaos’ was released. HeadBangers LifeStyle contacted Tim Atkinson for an update and future plans. 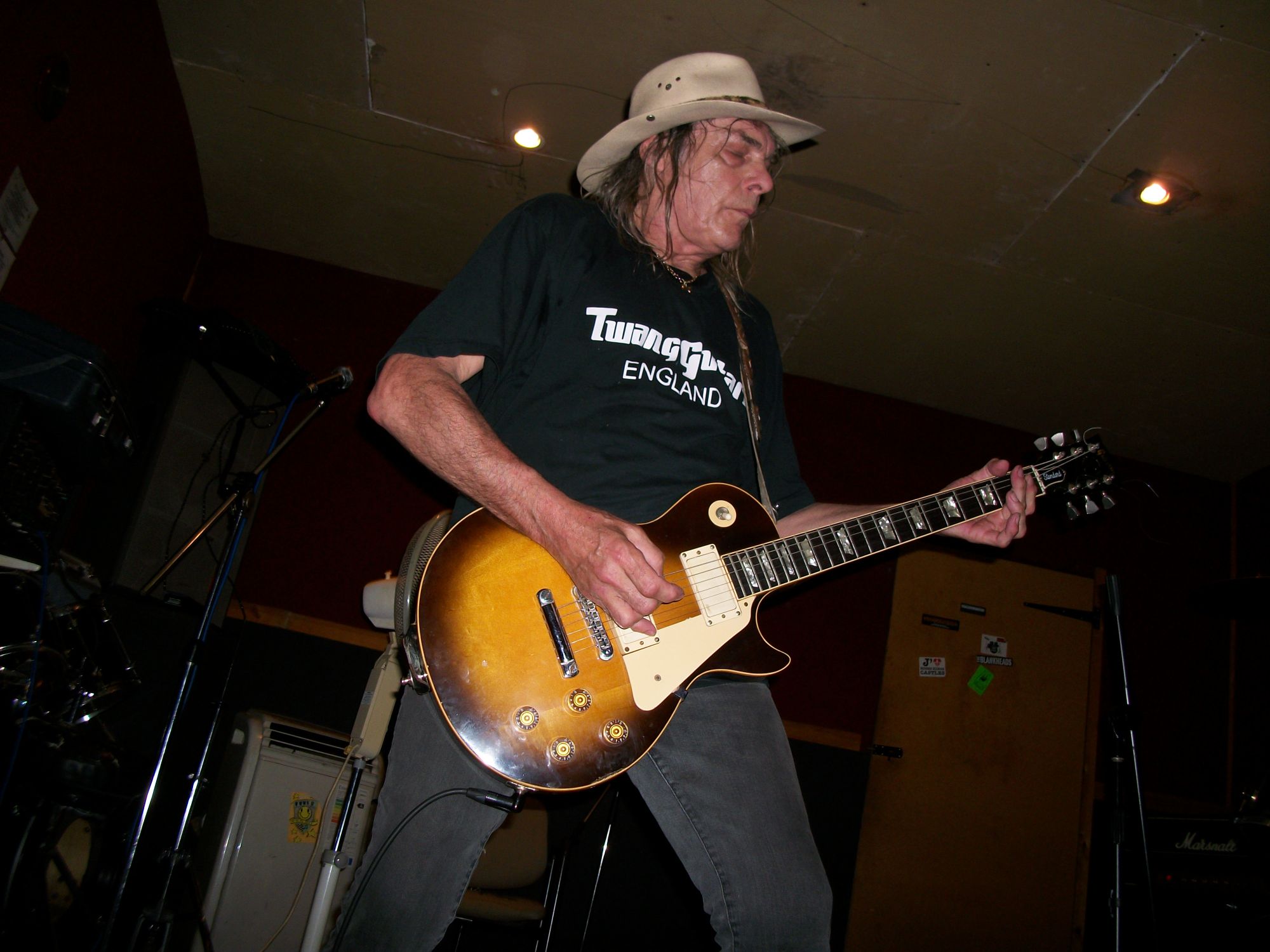 Würzel in the rehearsal studio

First of all, how and when did you and Würzel meet?
,,I first met Würzel outside a Motörhead gig which of course he wouldn’t remember. I got to know him properly when we started working on another project and we got on so well that I suggested forming a band. Würzel laughed and said he wanted to ask me but didn’t think that I would want to. That was of course ridiculous and we had a good laugh about it.’’

Was there an immediate click to start making music together?
,,It was instant and great fun, because I knew all the Motörhead songs and we worked really well together as I could second guess what he would like. He is missed every day.’’

What was the plan when you two started making music together? Was it just for fun or was there already a bigger plan?
,,We were having great fun and wanted to start working on an album and that’s what happened. We then recruited Steve Clarke, ex-Fastway, on drums and continued with it.’’ 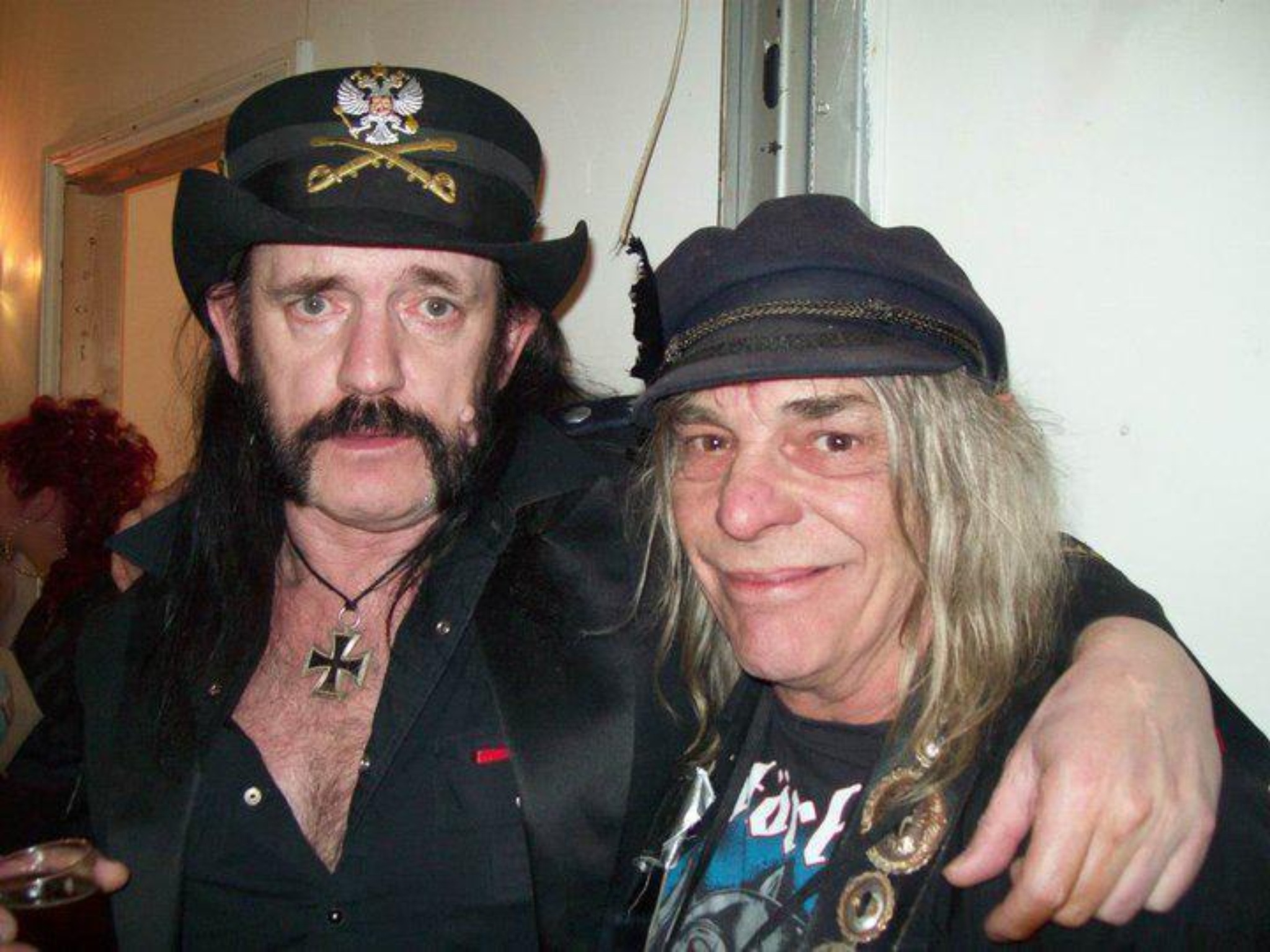 Last ever picture of Lemmy and Würzel together

When did the idea come up to ask all these guests to participate or was that the plan anyway?
,,Würzel had always wanted to get Lemmy to sing ,,Paradise Turned Into Dust” and asked him just after we had recorded the instruments, Lem was really keen to do it but unfortunately couldn’t record it before Würzel died. It was fantastic to have Phil Campbell play a superb solo just after Würzel’s on ,,Children Of Disease’’ and Phil suggested getting Whitfield Crane to sing that track. Whit was great and really added to the track.’’

As it turns out Würzel isn’t the only artist working on this album who passed away. That is a weird coincidence, isn’t it?
,,It isn’t a great coincidence to have and they are all terribly missed.’’ 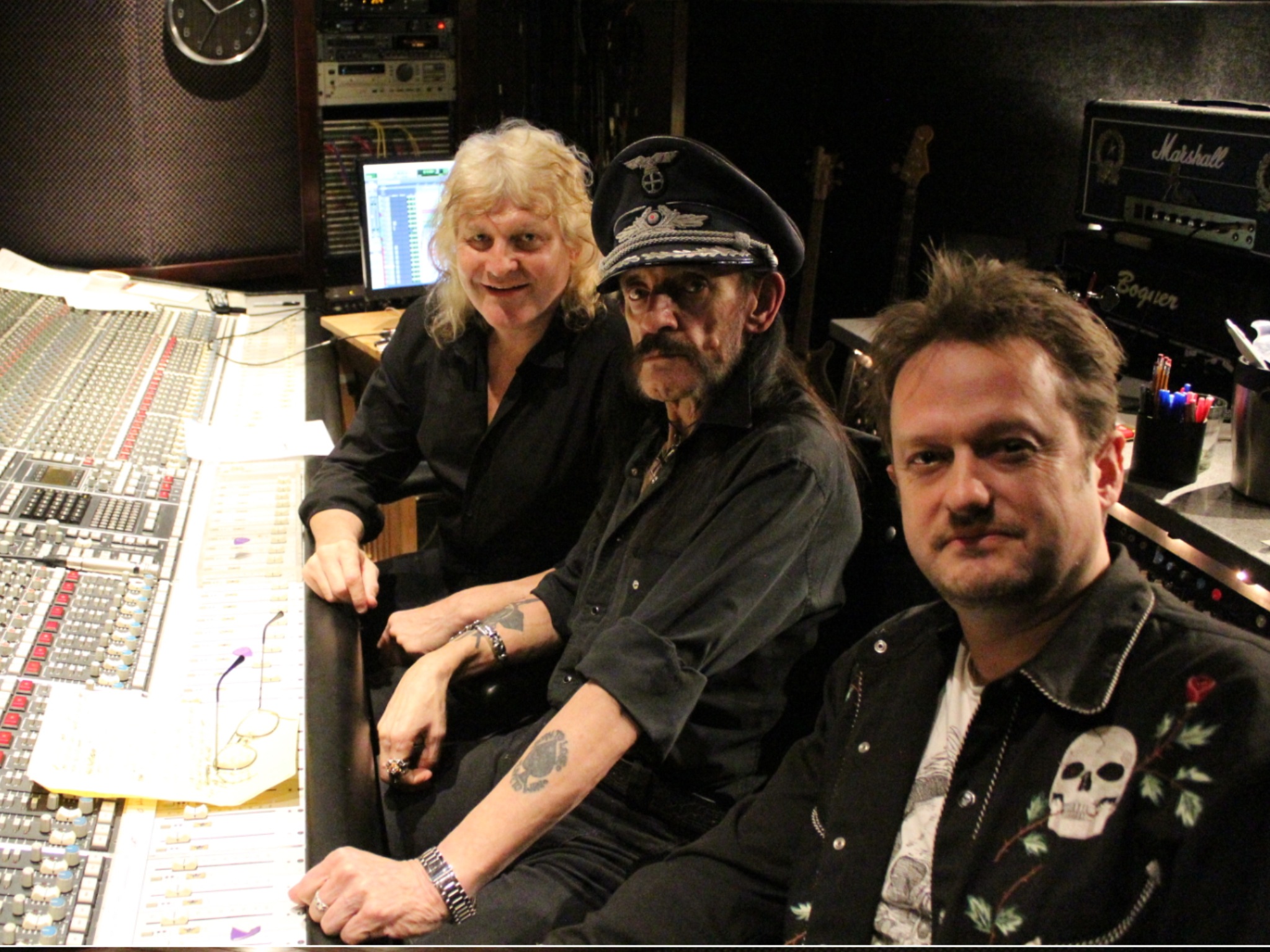 Lemmy’s contribution is probably the last ever recorded by the legend. How was working with him?
,,It was recorded at the end of 2014 before the band started on the ‘Bad Magic’ sessions, so it wasn’t the last thing that he ever did but in the last section of his recording career. Lem was amazing and a real professional and really wanted to do a great job for Würzel. It was a really emotional recording session in Los Angeles with Cameron Webb at the desk.’’

There is a huge Motörhead connection with Würzel, Eddie Clarke, Lemmy, Phil Campbell and Motörhead fan Whitfield Crane as well. Was it easy to get all these people involved?
,,Würzel was loved by everyone and all of the guys were so great and really keen to be on the record and we can’t thank them enough.’’ 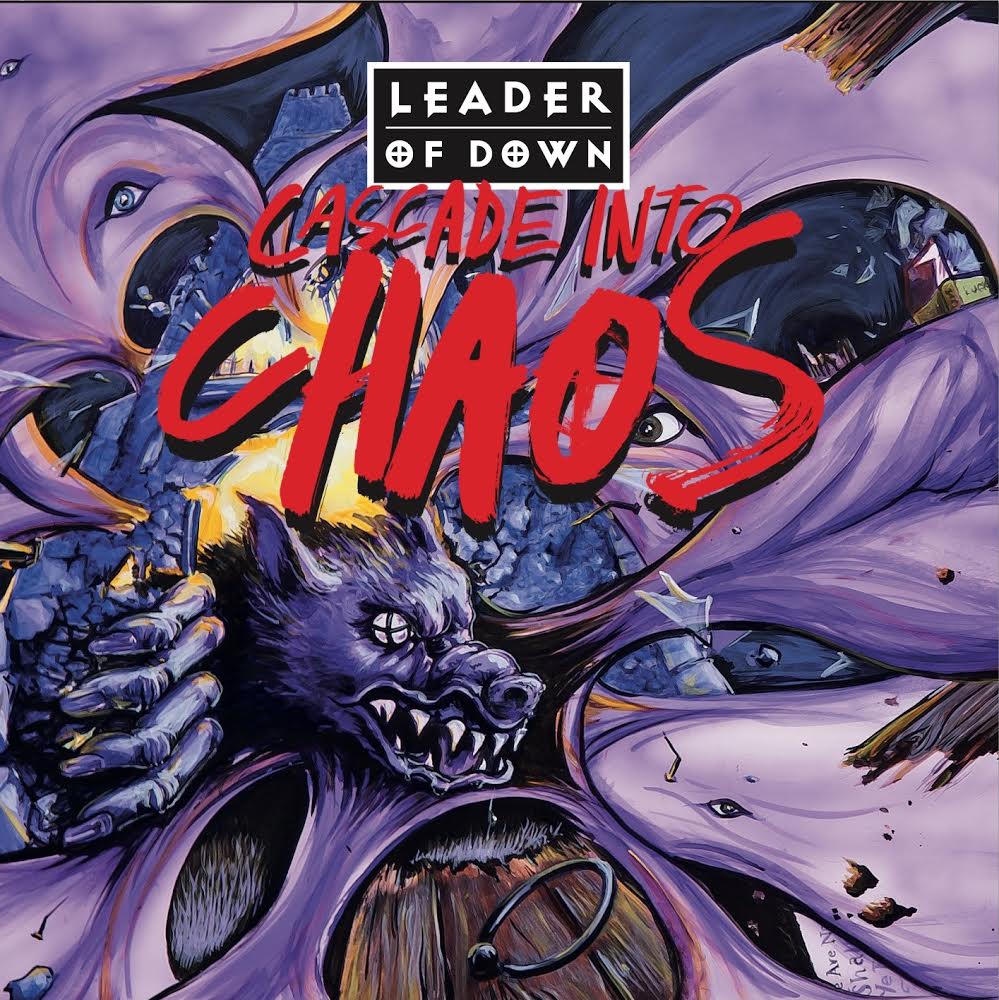 Which song on the album are you most proud of and why?
,,I think probably ,,Paradise Turned Into Dust” as this was the first song that we had written and to finally have Lemmy singing was amazing. It was the end of a very long journey.’’

Was it easy to get this album released or was it a struggle?
,,It was a long hard road and a real project of passion as we wanted to really to honour Würzel and bring the music that we created to completion.’’ 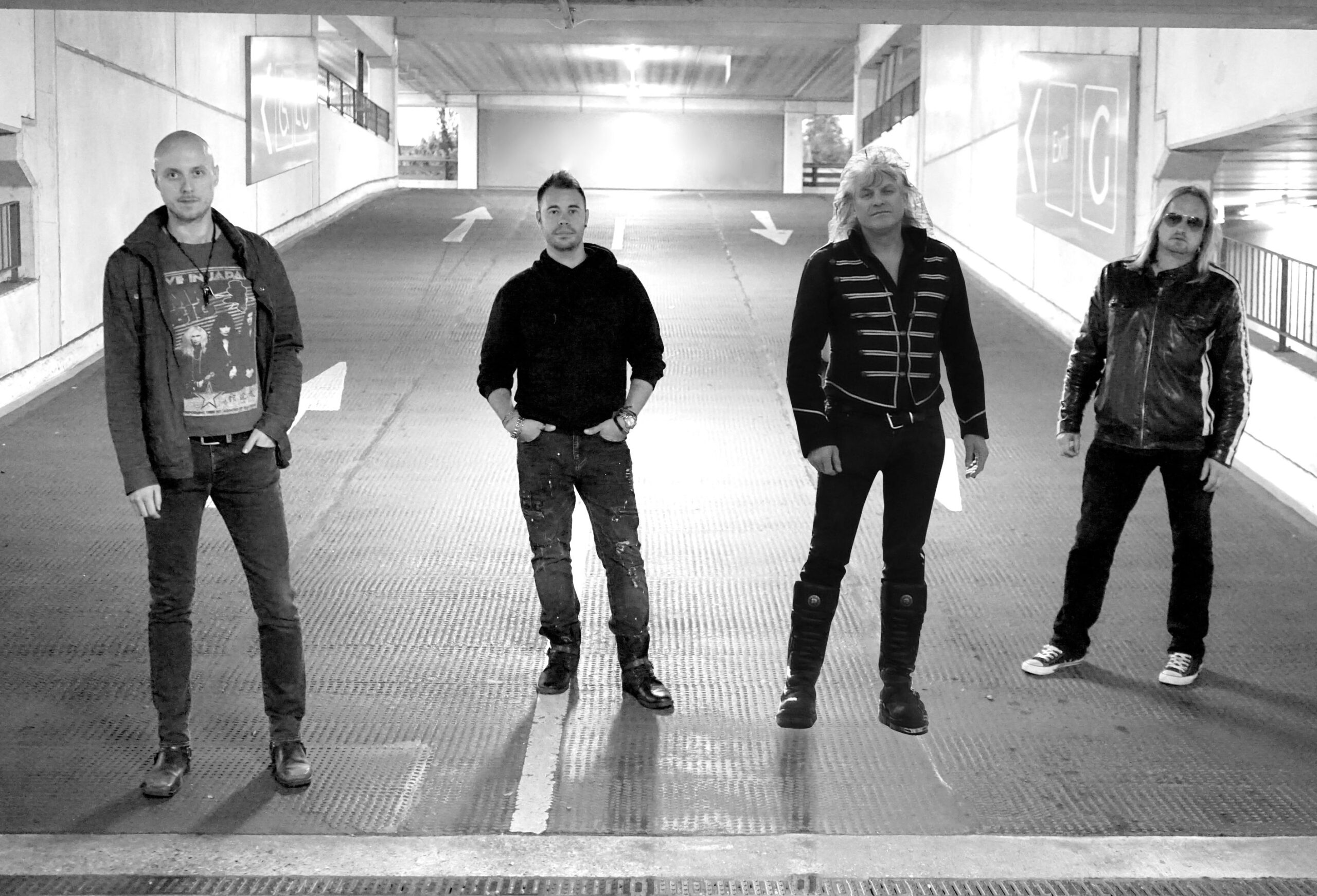 You are touring with Phil Campbell & The Bastard Sons in the UK this month. What can the people expect?
,,We will be playing a lot of stuff from the album and a couple of Würzel era Motörhead tracks, we are really looking forward to touring with Phil, who is a great friend.’’

What can we expect in the immediate future from Leader Of Down?
,,We will be touring the U.K. in March/April and then going to over to Europe.’’
—
Follow Leader Of Down on Facebook and visit the website here

You can read the review of ‘Cascade Into Chaos here