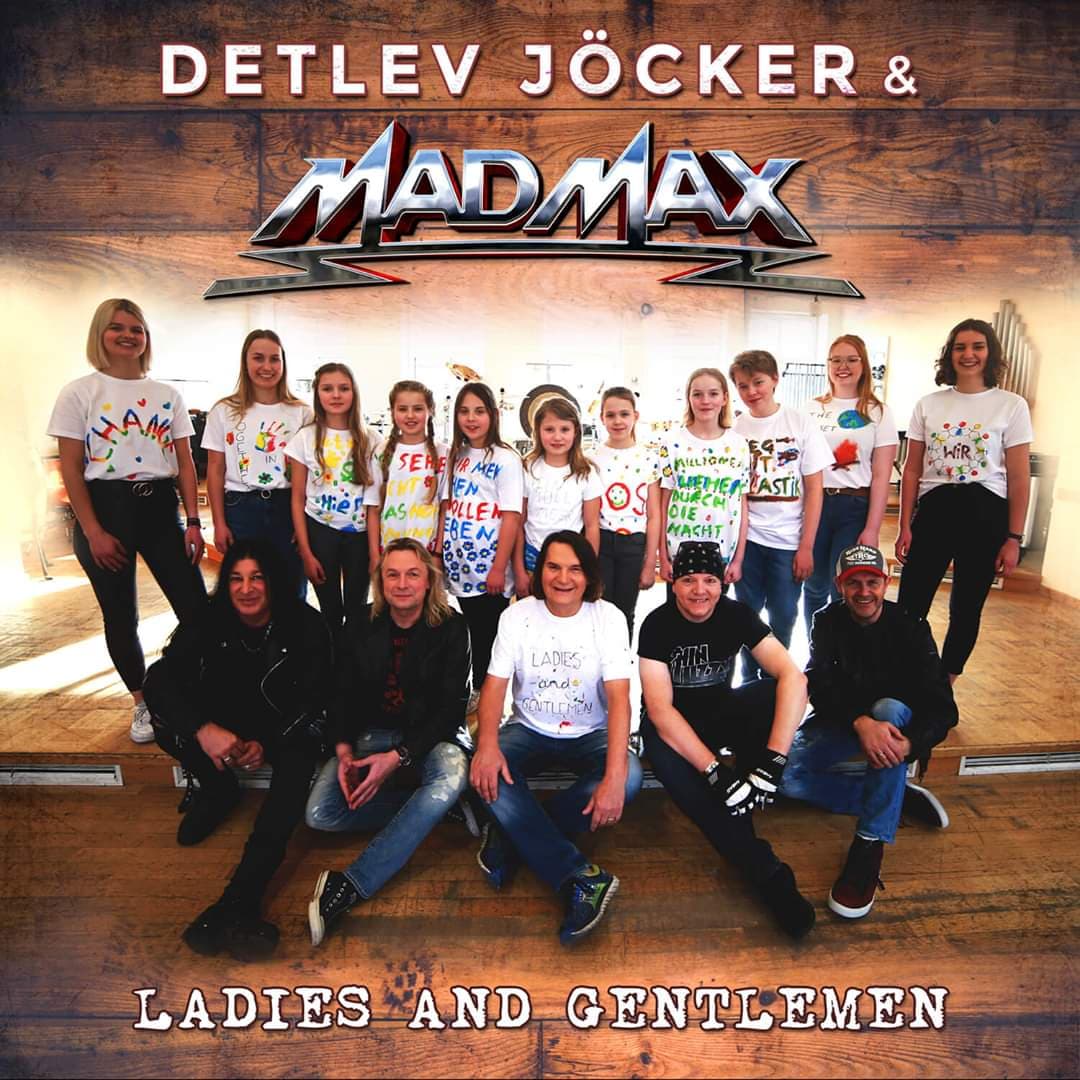 A Message To Humanity

Two years ago German, melodic metal band Mad Max released its latest and excellent studio effort `35’, a number that symbolised the years the band was already active at that time. In the mid-eighties Mad Max experienced a peak of great success but like many other bands they ended up drifting in calmer waters for a while, overshadowed by new trendy bands. Luckily, since a couple of years Mad Max is back in the saddle, focussing on its musical strength, writing songs that are strongly connected with their most successful album `Night Of Passion’ [1987]. The musicians definitely stick to their guns but also involve a more modern input to keep it all fresh and vibrant as well.

On April 9, challenged by the current COVID-19 pandemic situation, Mad Max unexpected released the brand new German/English language single ,,Ladies And Gentlemen’’ and video. It shows a remarkable collaboration between the band and the very successful German composer and singer of children songs Detlev Jöcker, as well as a children’s choir. With this release the Münster based band wants to give a mental guidance to humanity in these difficult times, not knowing they would successfully tap into a new market as well. HeadBangers LifeStyle’s Liselotte `Lilo’ Hegt got in touch with guitarist Jürgen Breforth to get the latest news about this single release and future plans.

First of all, how is the single ,,Ladies And Gentlemen’’ received in Germany and in the rest of the world so far?
,,In these hard and crazy times for bands and live music in general, we are lucky that our single ,,Ladies And Gentlemen’’, plus the video, gets so much press coverage, airplay and such fantastic response from fans all over the world.’’

What promotion activities have you been able to do so far?
,,Well, we’ve been doing tons of interviews for magazines and even daily newspapers. We have reached new markets, a whole new audience as well that is far beyond the metal and hard rock scene. Because of that we have been able to win lots of new fans too. Besides that we even have also start doing some TV appearances as well.’’

Where can people buy the single?
,,The single is available on ALL DIGITAL download platforms.’’ 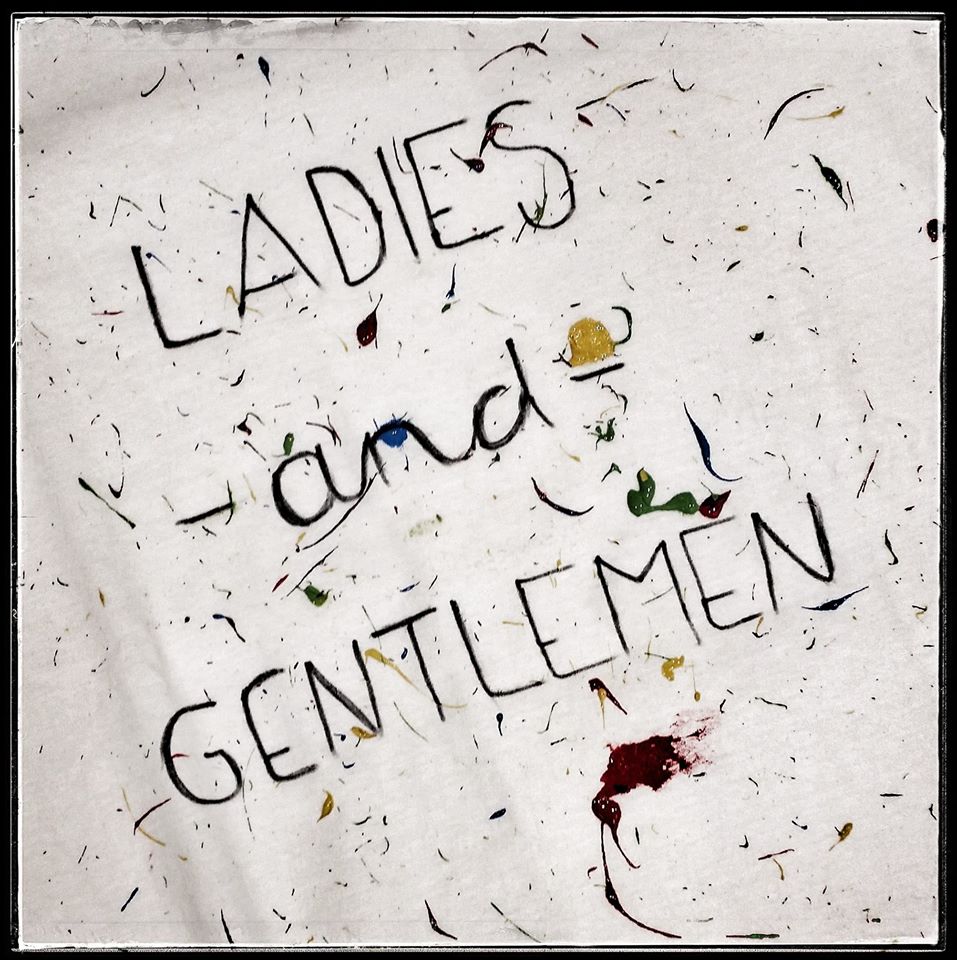 What do you hope to accomplish with this single?
,,,,Ladies And Gentlemen’’ is our way of giving people courage and confidence. The song was actually already composed months before the outbreak of the COVID-19 pandemic and originally intended to be released in fall 2020. But finally the record company SPV/STEAMHAMMER, Detlev Jöcker and the band thought that NOW is the right time to release it. Considering the fantastic reactions of so many fans simply proved we made the right decision.’’

Why specifically collaborating with Detlev Jöcker and not with another famous German celebrity musician?
,,When Michael Voss [singer, guitarist, producer] and I wrote the song we already had the whole picture in our mind. We had this vision of a kid’s choir and we had the vision of working together with Detlev Jöcker contributing the German lyric part to the song and finding the right children for the choir. Detlev is the most successful German composer for kid’s music with more than 17 million units sold. We are really proud that Detlev believed in the song from the very first minute.’’

In what way has Detlev inspired you while working with him and what makes him so successful in what he does?
,,Detlev is a fantastic musician and arranger. And it is unbelievable how sensitive he is working together with the kids. I guess this sensitivity makes him so successful. He is still like a kid in the candy store when it comes to talking about music, trying out new things and in his heart he’s a real rock ‘n roller.’’ 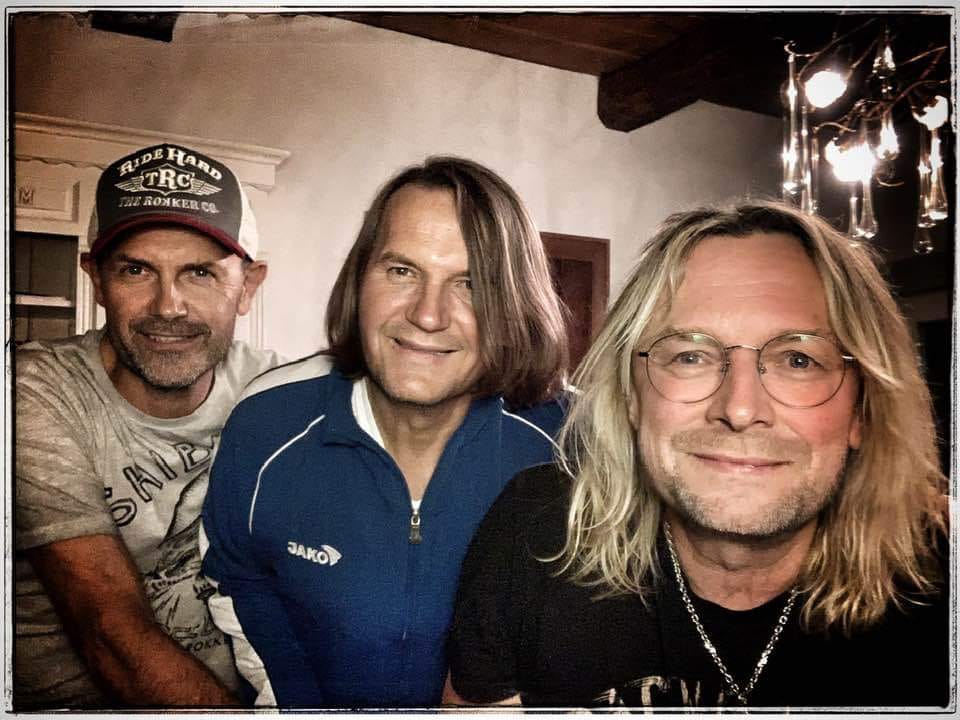 What are the most powerful elements of this song and video clip in your opinion?
,,Most people would have expected a kind of ballad for a topic like this. But that’s exactly what we didn’t want. We wanted a real rock song with a classic kind of DEF LEPPARD vibe and a catchy guitar riff. Bringing this together with the kid’s choir makes the song even more powerful.’’

In the video clip the children of the choir are painting their own message relating to the global situation on their own. What message touched you the most?
,,When we shot the scenes with the kids painting the shirts it was really touching my heart how the older kids helped the younger kids and after a short while they all forgot that we were shooting a video. They were just playing and laughing. I guess “Wir menschen wollen leben”, “We humans want to live”, sums it all up the best.’’

What is it you do yourself in your daily life, but also as a band, to take care of humanity and our planet?
,,Münster, the town where I live, was officially called “the bike capitol” of Germany for many, many years, but we lost that title like 1 or 2 years ago to Karlsruhe I guess. So like 90 per cent of all my stuff I do by bike. Two of us, Michael and I, have children so we always supported all kinds of environmental projects.’’

Is Mad Max considering continuing with promoting awareness via other projects in the future?
,,With ,,Ladies And Gentlemen’’ we now have the chance to put out a musical statement and there are a lot of plans, as soon as Corona virus allows it, to work with that song for various kids projects.’’ 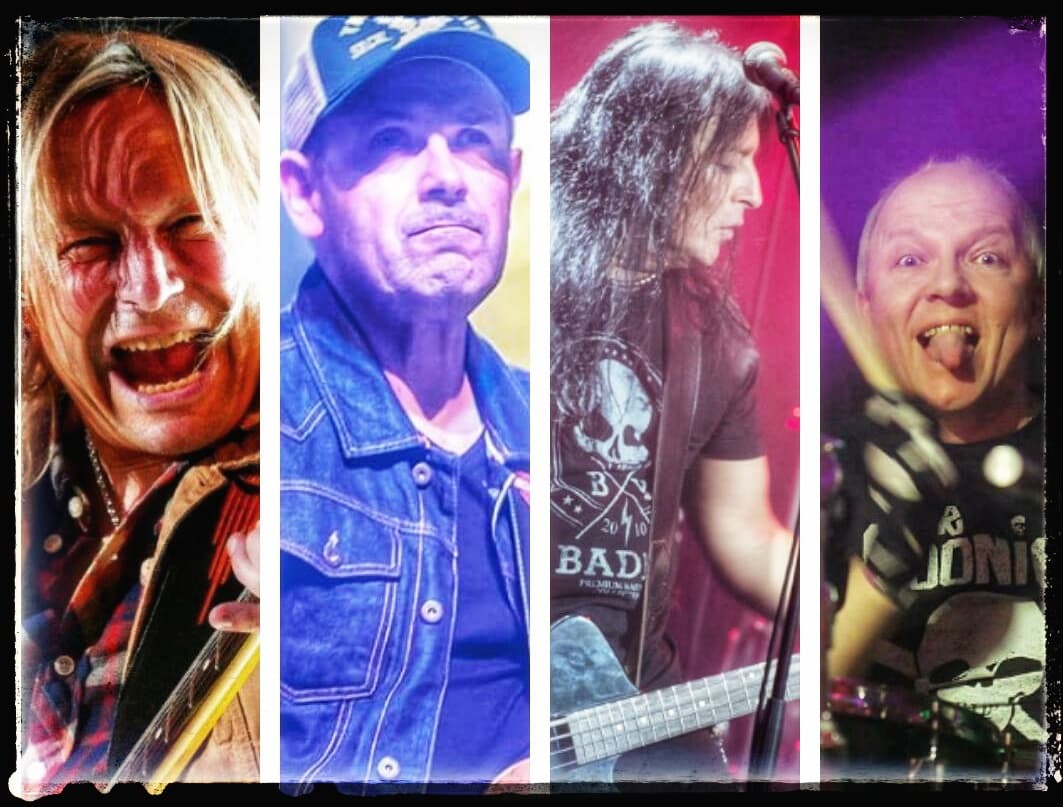 What else is going on in camp Mad Max? What near future plans can you reveal?
,,The brand new Mad Max album is ready. So let me reveal the album title for your readers: It’s gonna be called `STORMCHILD RISING’. The album features brand new songs, a super cool cover version you might not expect and some wonderful guest musicians. Due to Corona, unfortunately I can’t tell you exactly when it’s gonna be released. We were supposed to play WACKEN OPEN AIR this year and the ROCK OF AGES festival. That would have been a really good start for the new album. Thought, we’re still all hoping for a big tour in fall 2020 to be able to promote the album, but who knows what will happen in the next few months.’’

Mad Max is in the music bizz since the roaring 80s, and besides the break somewhere along the way, what is it that keeps the motor of this band still running?
,,I guess it’s quite easy to say: We love what we do, especially creating new music and playing live for our fans. And we feel we still have something to say. The best example is ,,Ladies And Gentlemen’’.

How do you spend your days in lockdown? Do you have specific fun/cool tips to kill time?
,,In fact I am really busy at the moment promoting the single and a lot of offers for 2021 are already coming in as well. I love watching TV series and movies. Besides that I try to stay in shape by running, mostly early in the morning when my favourite places are still empty. Oh and  #stayhealthy everybody!” 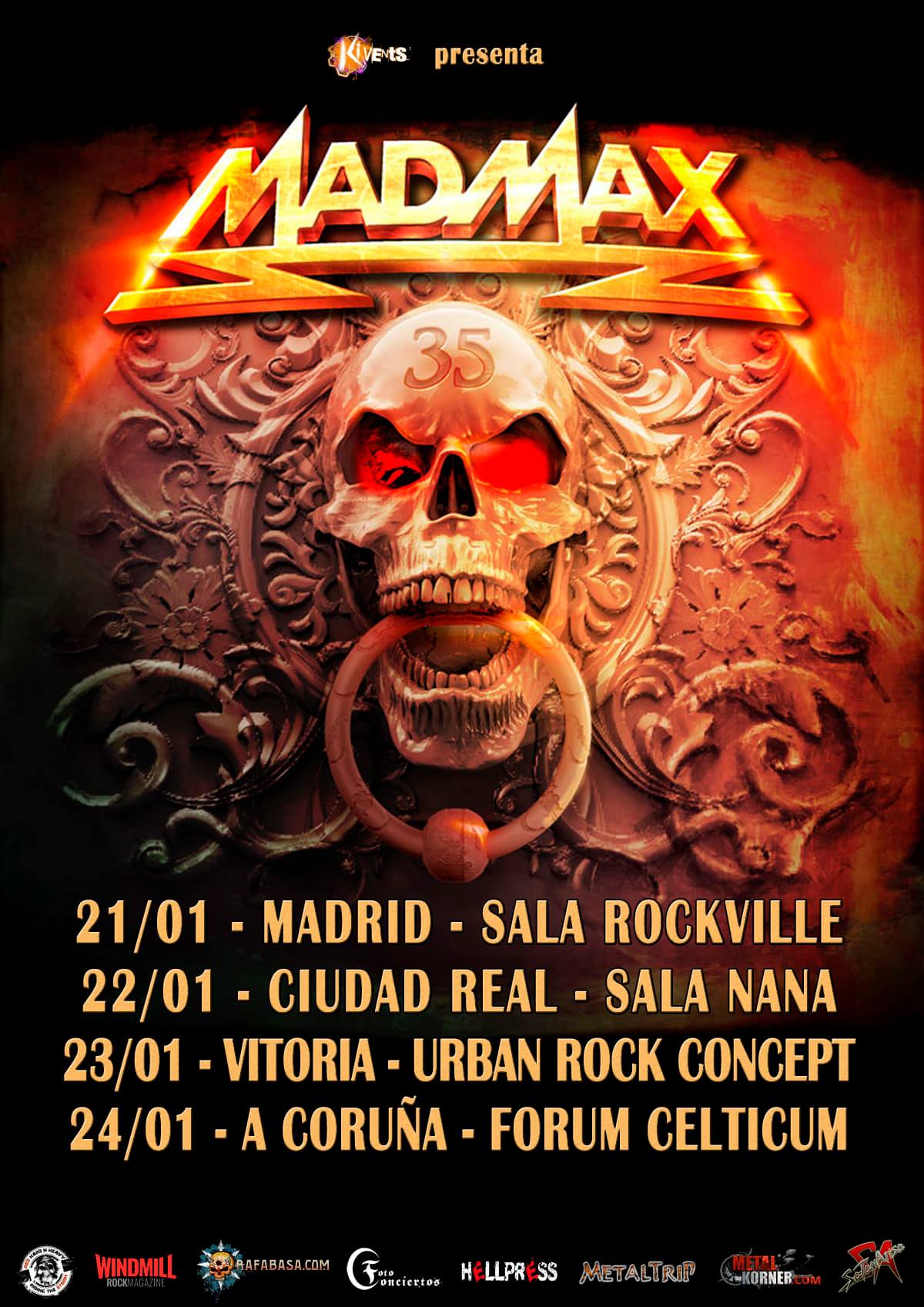