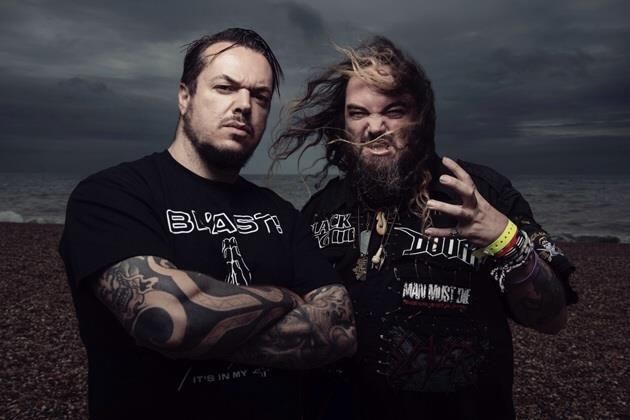 `I live and breath metal’

Soulfly singer/guitarist Max Cavalera is celebrating the good old days at the moment by touring the world with his drumming brother Iggor under the flag `Max & Iggor Cavalera- Return To Roots Tour’, celebrating the 20th anniversary of the legendary Sepultura album `Roots’. Indeed, the Brazilian Cavalera brothers do have a musical legacy to be proud of, which has its origin in 1984 when they started their own band Sepultura. But it was after 3 releases the audience was really ready for a brutal, groovy Brazilian smack in the face and the fourth album `Arise’ finally became their international breakthrough. With `Chaos A.D.’ [1993] they kept on climbing the ladder of success but they hit the jackpot with the release of `Roots’ in 1996. For different, personal reasons Max left Sepultura and started his new band Soulfly. Iggor left the nest ten years later. The brothers reunited and joined forces as Cavalera Conspiracy, released 3 albums so far and a new album can be expected later this year. HeadBangers LifeStyle spoke with Max Cavalera about the `Return To Roots Tour’ and the new Cavalera Conspiracy album in the making, a few hours before their show at Graspop Metal Meeting 2017. 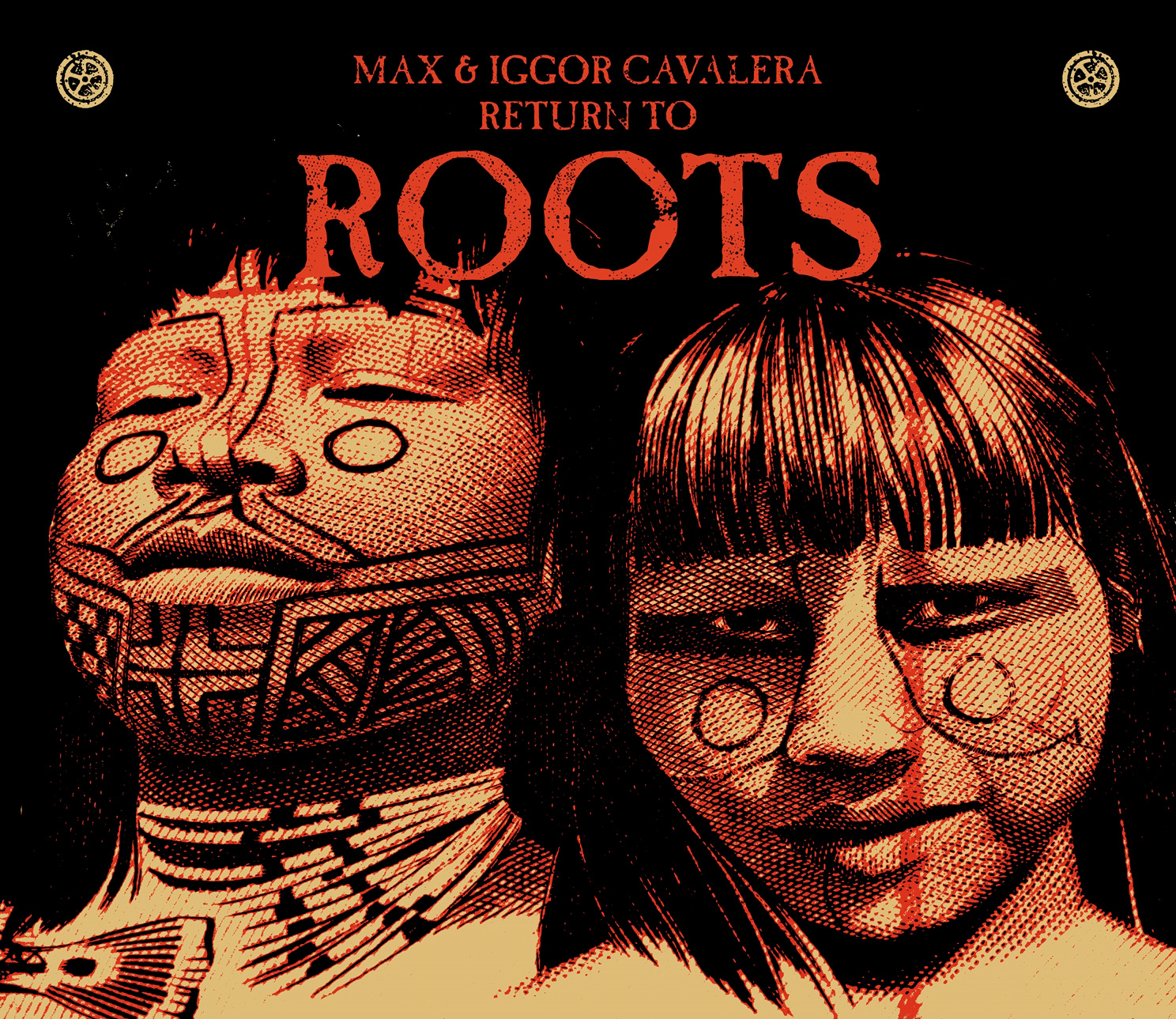 ROOTS
Is the `Max & Iggor Cavalera-Return To Roots Tour’ a big deal for you?
,,For me it is a nice way to pay respect to a very important album. On a festival like Graspop we have to cut some songs, simply because we just have a 50 minutes playtime. But as the headliner on our `Return To Roots Tour’ we play the whole record in the same order of the album. And it sounds really good. We even made some changes to make the songs more exciting and sounding more update. `Roots’ is a really cool record. I like this album and it was very interesting to go back, dissect the album, learn it again and finally play the songs. It is always fun to play with my brother and we also have a new Cavalera Conspiracy album coming out in October. We are actually finishing the recordings right now. This tour is an in between thing and that is kind of cool. Also he excitement of this tour somehow influenced how we made the new album, because this tour is very successful, it is great. A lot of people are showing up and all the shows are packed. During the shows there is a feeling in the air, a little bit nostalgic even and that is really cool. Some of the audience go back in time when they hear the songs and others, especially young kids because they weren’t even born yet, haven’t seen it before. The songs are strong and powerful and it is a really good feeling. If I knew it would be a success? No, it was like a complete lottery. For us it was a matter of trying and see what happens. It turned out great. Though I don’t see us doing this any time soon with another album, since we have other projects going on like Cavalera Conspiracy and Soulfly and I have also a lot of other stuff that keeps me busy.’’

What can the fans expect of the new Cavalera Conspiracy album?
,,First of all we work with a producer named Arthur Rizk, he produced for instance Inquisition and Power Trip. Arthur is an upcoming producer and he is very exciting to work with. To him, as a fan of Max and Iggor, he tried to get the best of the classic Max and Iggor and he captured that really good. The new album sounds like the best of me and Iggor in a way that has never been captured before, not even with the other CC albums. I am really excited about this new record because this one will be more powerful than we have ever done. I have worked really hard on the guitar riffs and spent 6 months on writing guitar riffs, just to get the best riffs. Iggor’s drumming sounds excellent, he is drumming really good right now. After we wrote all the music we went on this tour. I have all the music with me so I can write my lyrics on the road. I just have to finish my vocal recordings as soon as I am home, which will be right after tomorrow.’’ 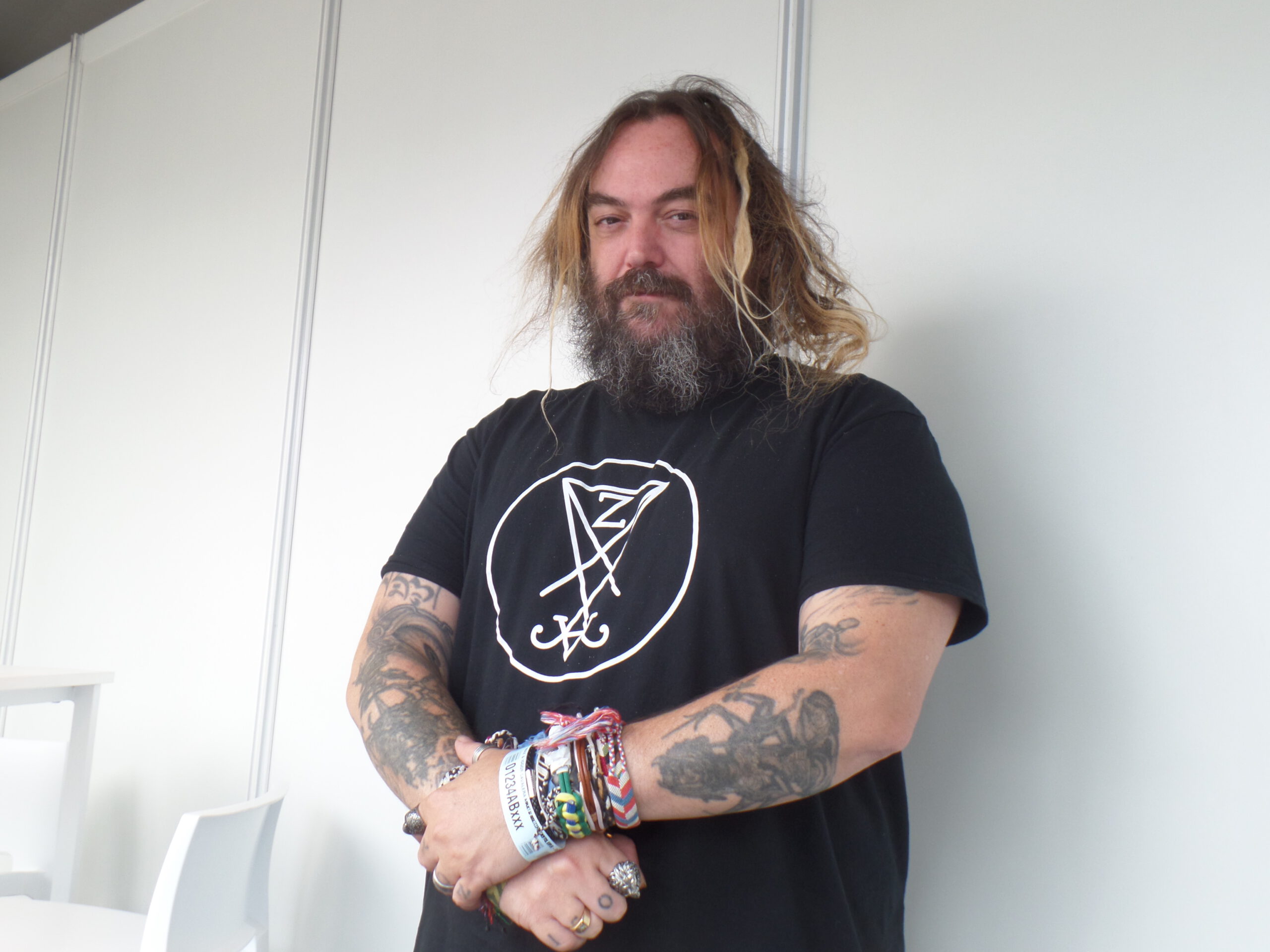 TERRORISM
Can you tell something about the lyrics?
,,Most of the songs are about terrorism. It is interesting to sing about it right now because it is so relevant. There is so much of that going on and it is a good source of inspiration for events. With Sepultura we had `Chaos A.D’, which was a very political album, with songs like ,,Territory’’ and ,,Refuse/Resist’’. With Soulfly we had a bunch of heavy stuff about the dark ages but I had never done a full album about terrorism, so this one is about that. It is going to be cool, it is powerful stuff with real metal music behind it and you can get some kind of message across. I think it is good if you can do that. We are not preaching, I don’t like preaching, but it is like showing how we feel about the whole issue ourselves.’’

How do you feel about terrorism?
,,I think it is complicated. It is almost like a necessary evil. I don’t see it stopping any time because it is like a cycle. And I see the wrong on both sides. Hopefully we have created songs that make people think about this issue and they start talking about it, because I believe it is a good way of dealing with it. I must say that not the entire album is about terrorism, there will be a few other lyrical topics as well. I also like to talk about history and movie stuff, but I am still working on it. When I work in the studio, I still write and change lyrics and melodies. That is how I work with Arthur and I like it. We try different things and keep changing, whatever makes the song more exciting. The end result will be very powerful for sure and I hope we can release the album in October otherwise in November, but it will be this year for sure. It also will also be our last album with Napalm Records, since we have a contract for 3 albums.’’

Why was the time right to make a new Cavalera Conspiracy album?
,,Because we had time. We are now in between tours and we could do it. And like I said, this tour kind of inspired us to get real creative. It was just a good time to go into the studio, straight from the tour, to take all the excitement of the tour with us into the studio. Yes it works good for us.’’

Will there be a full Cavalera Conspiracy tour any time soon?
,,This year is already fully booked with the `Roots’ tour because we will do another European tour for `Roots’, the Headbangers Ball Tour with Overkill in November and December. With Soulfly we do an American tour in October as well. So we are not going to have any touring for CC this year, but probably next year. Of course I would love to play the new songs live but on the other hand it is also cool not to go out on the road right away, but just first release the album and wait untill next year. People can learn the songs and make them and us hungry for it.’’ 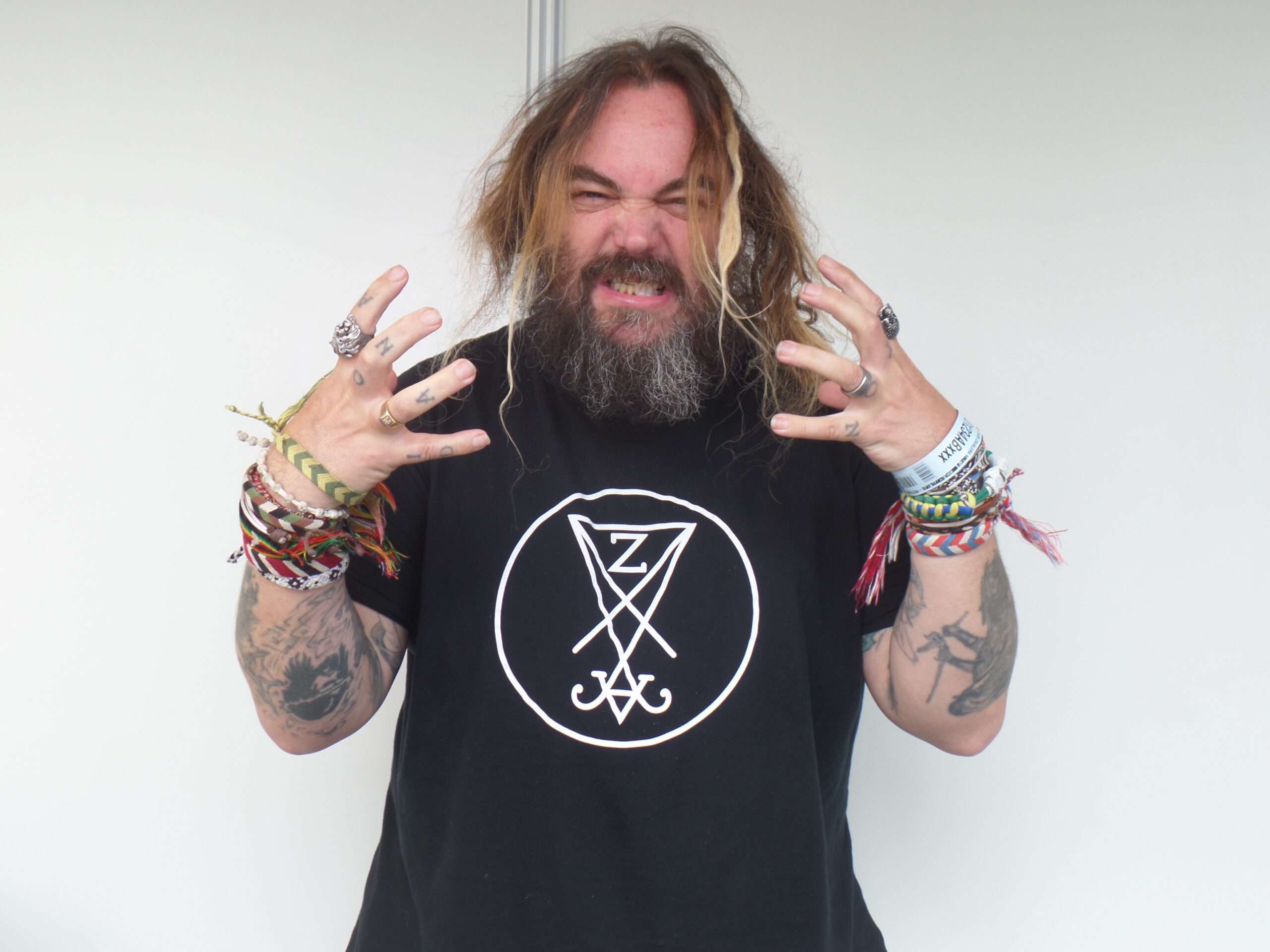 FESTIVAL VIBES
What gives you the ultimate festival feeling as an artist?
,,When all your friends and bands you like are there. I have played Graspop so many times, I am even thinking of getting a Graspop tattoo because I like it here so much [laughing]. I really love this festival, it is one of my favourite festivals for sure. It has a great vibe and we don’t have this kind of festivals in America. In Brazil a little bit with Rock In Rio for instance, but it is still different. There is something about European festivals that makes them unique. It is so cool and actually I love the whole European festival culture. It is amazing. It is good to see all the bands you like and then having our own show and the crowd is exciting most of the time. I still get nervous before the show but I don’t want to learn to control it because it is cool and for me it is part of it all.’’

What gives you the biggest adrenaline rush on stage?
,,The fans. When you see them digging the songs and singing along. Of course there are the circle pits and all the crazy shit that is going on, that is always awesome. Also the whole vibe, the adrenaline of the show itself is just really fantastic too.’’

What do you want to say to your fans?
,,I just want to thank them all for their great support for so many years. We have such super nice fans. We meet a lot of them on the road and they are just really good people. I will not let them down. They can count on me for good quality metal [laughing]. I will keep on, that is what I am here for. I love it. I am a metal head and a metal fan myself. I live and breath metal and I still want to do this for a long time. I don’t see myself retire ever! It will be only weird not doing this anymore. No, I still have so much to do, I will keep working for a long time. At least I hope so.’’
—