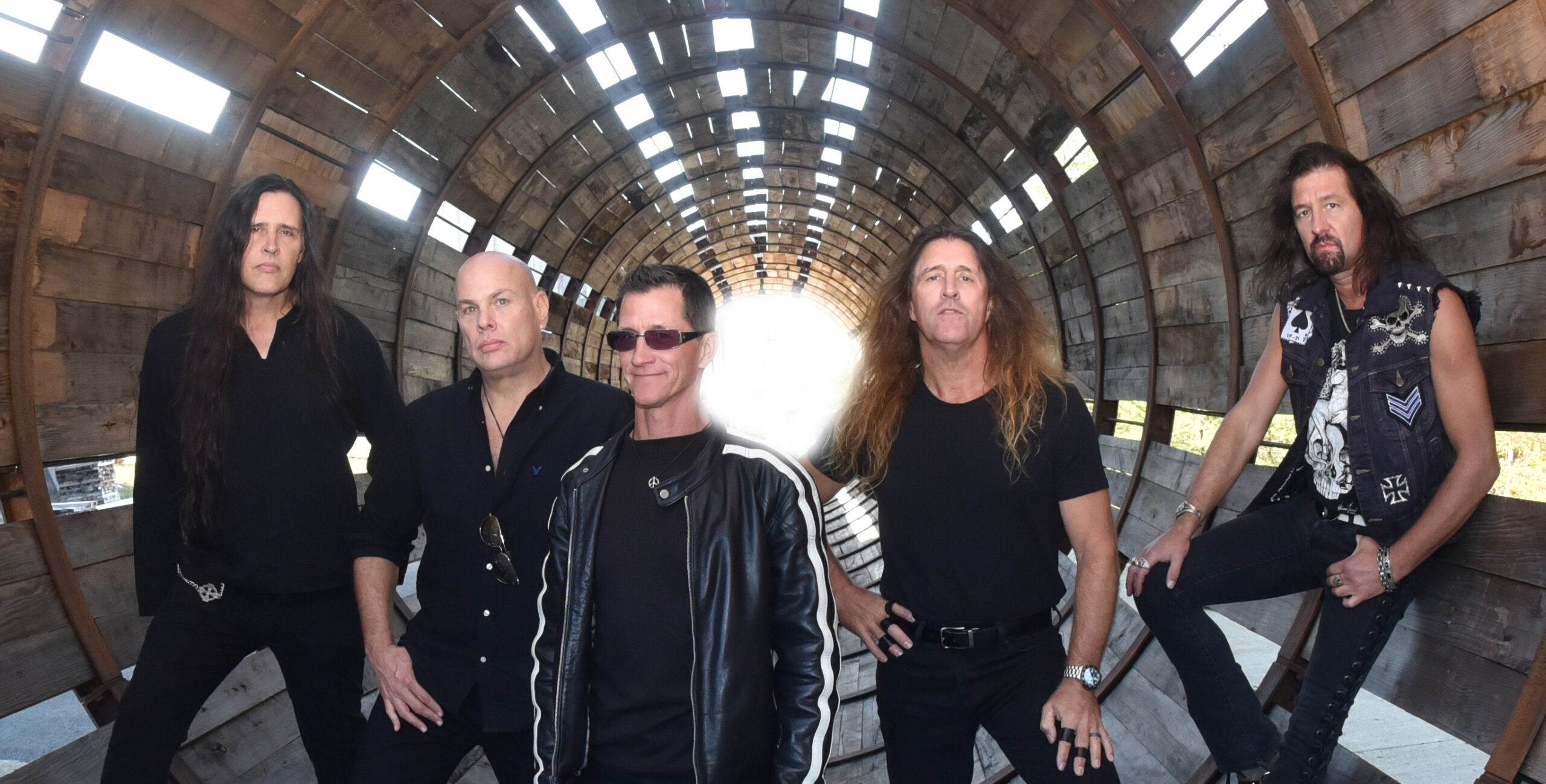 `We had some unfinished business’

In 1984 Metal Church entered the metal scene with a big bang by releasing their outstanding debut `Metal Church’, which is still a classic in metal history. With the release of their second album `The Dark’ in 1986, Metal Church made their career solid. But like many other bands, also Metal Church had to deal with line up changes and later on also the climate changes in the music industry didn’t do much good to the band. On Metal Church’s third album `Blessing In Disguise’ (1989) we get introduced to new singer Mike Howe (ex-Heretic), who did an excellent job and made two more albums with the band: `The Human Factor’ (1991) and `Hanging In The Balance’ (1993). After Mike took off, original singer David Wayne made his comeback for just one album (`Masterpeace’, 1999) and after a short hiatus four albums were released with frontman Ronny Munroe. In 2015 the unexpected happened: Mike Howe and founder, guitarist, composer Kurdt Vanderhoof joined forces again and the release of `XI’ in 2016 was solid as a rock. Metal Church is now in full control of its own business and is touring the world with great success. In the backstage area of Graspop Metal Meeting, HeadBangers LifeStyle meets the 51-year old Mike Howe, who is extremely excited about his comeback in the metal scene. 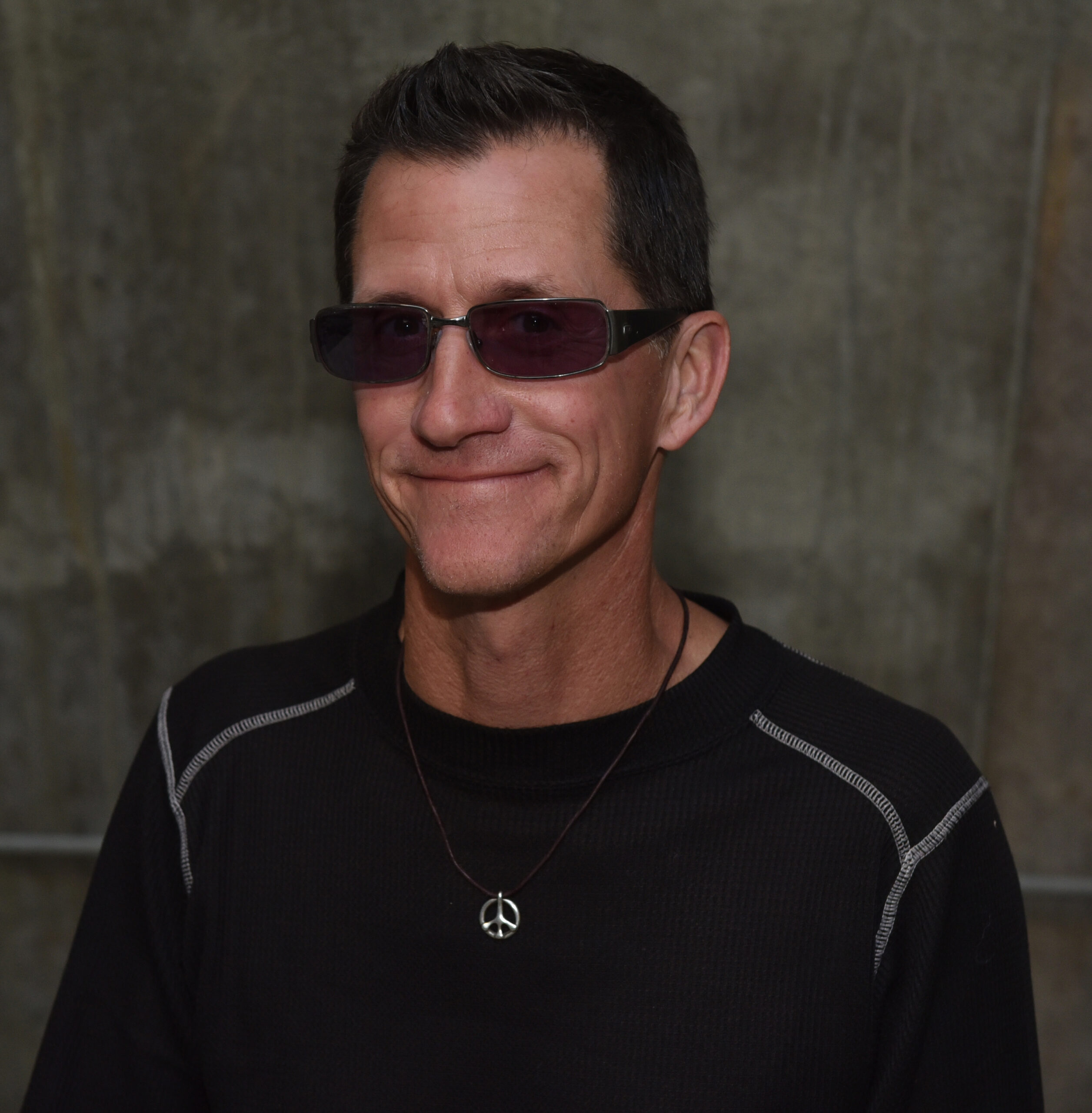 How do you feel about being back on the road with Metal Church?
,,Funny enough, I don’t recognize much, I raised two boys and I forgot a lot of stuff. Raising two boys does more to your brain cells than drinking [laughing]. They are now 19 and 14 years old but it is absolutely great to have them.’’

How do they feel about having a dad singing in a metal band?
,,A year ago it was very exciting to them of course but now it is like: `O yeah, that’s what he does, right?’. My 19-year old, has his drivers license and a car so he can come see us when we play in San Francisco and places close to my house. He actually came to see us a couple of times when we played with Megadeth. One of the first shows I did with Metal Church a year ago, was the Monsters Of Rock Cruise and I took him with me. He was my roommate and that was a lot of fun. He is not really into heavy metal music but he likes his dad [laughing]. He is actually a very talented art photographer and in college studying art. My other son is still in high school and he is a football player.’’

Was becoming a dad the reason you left Metal Church?
,,Of course I wanted to be with my family but the main reason was that I wanted to get out of the music business. The business had become terrible, it was awful and it was ruining the band for me. I loved Metal Church and I saw what it was doing to the band. Decisions were out of our hands and we were too young to stand up for ourselves. We got pushed around and I ran away, thinking: `I don’t want to be part of this’.’’

What was the reason you got back on the Metal Church nest two years ago?
,,Kurdt convinced me. We had many talks about how things would be different now and that we would be in full control of every aspect of the band. That is the only reason that I am back, because we do. I also didn’t want to come back just for the glory days, singing old stuff, but I said we have to start with baby steps, just to see how it goes. So it wasn’t like: `Oh I’m in the band and I’m going on tour’. No, first I am in the band with Kurdt and let’s see if we can write some music together that is relevant. We really felt that `Hanging In The Balance’ was a strong album writing wise, and we are still very proud of the songs, but it got pushed around in the production, in the cover and all these things that were done for us and we weren’t happy about. For that matter it kind of felt like we still had some unfinished business and maybe now we could get a second chance in life. So, I kept an open mind and told him let’s see what we can write together. Kurdt got excited, he went into his studio and started writing songs. When he sent me six song ideas I got excited too and we started sending back and forth ideas. It was very inspiring and suddenly it felt like we were 20 years old again. We still got the connection and creativity and it was awesome! When Kurdt piled 15 songs I flew over to his house and we sat down to really work on the songs, doing pre production. The spark was there and I think Kurdt is an amazingly talented and creative man. I feel so lucky to work with him and to be his friend. Once we finished `XI’, we couldn’t be more happy with the end result, it was better than we could ever imagine. Then we decided to take the songs live and to actually play as a band together on stage. It is not about macho and aggressive metal anymore and also the fans matured. They are really excited about the new Metal Church. Metal Church is now a celebration of metal and the love for it. It’s a spiritual thing, really and it fills me up every night.’’ 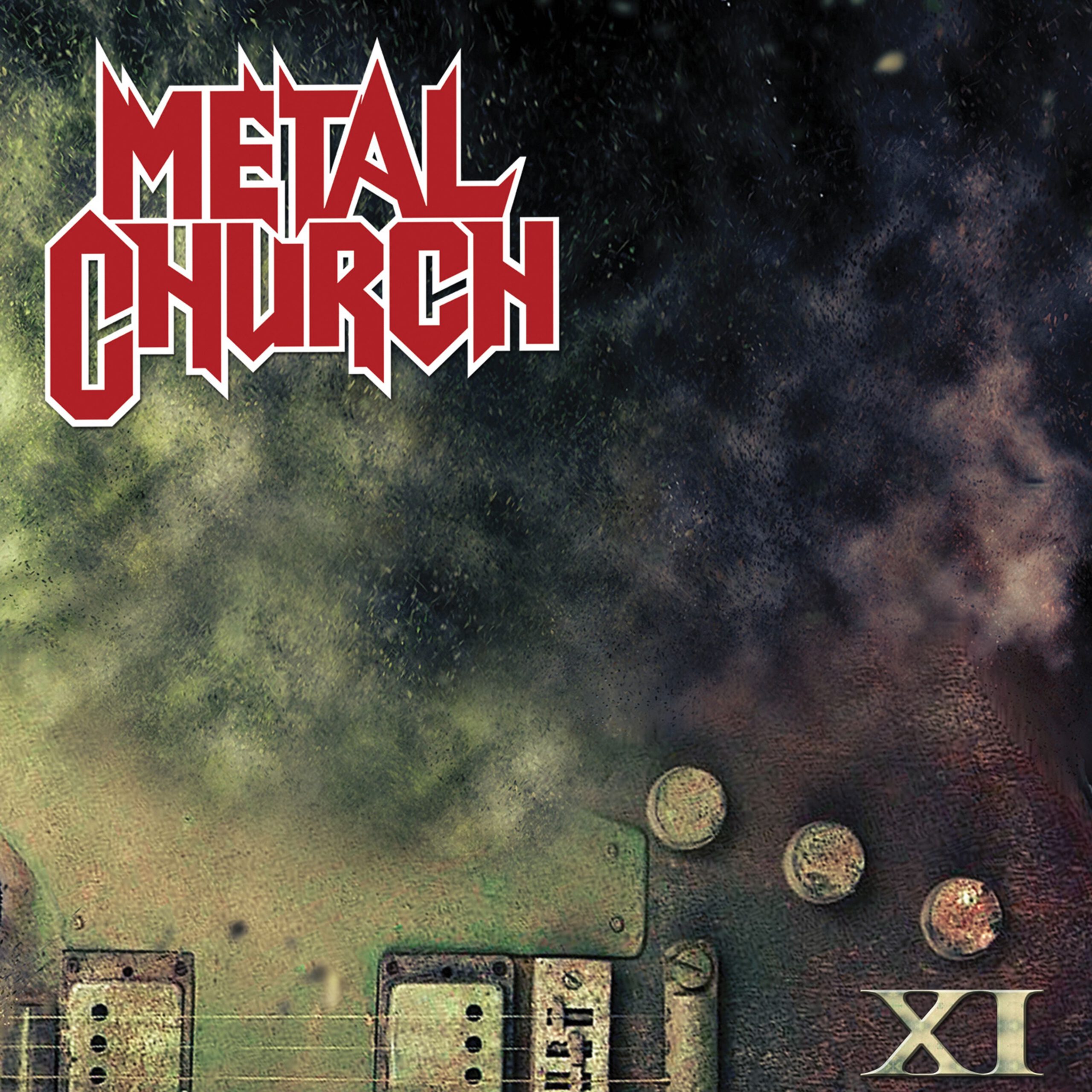 Did you keep your voice in shape while you were not in Metal Church?
,,I am a singer. From the moment I was born I sing around the house, I sing when I am at work. I can’t stop singing. I have friends at home who play musical instruments, not the genre of metal or hard rock and they never put a band together, but it is just friends playing at parties and I am singing. It is just for fun. I learned vocal techniques and how to sing correctly so it wasn’t a problem to get back behind the microphone for me.’’

At what point in its career is Metal Church right now?
,,It is all about just being in the moment and that is all we are doing. We enjoy every aspect of what we do. We are going to play the shows we have booked for this year, and then we stop touring, to go back into the studio to write another record. Kurdt has actually already about 18 new song ideas written and as soon as we finished this tour in the beginning of September we will work on them and see if we can get an album out of it.’’

How is it for you to play at the Graspop Metal Meeting festival this year?
,,It is surreal, but the greatest thing about it is that I am aware of myself and my surroundings. I am also not that nervous anymore, which I used to be in the past before going on stage. But I am relaxed now and I really enjoy everything we do with the band. During a show I am very much in the moment and I can actually remember it afterwards.’’

How different is it to play on a festival now and back in the day?
,,Back in the day we had these big budgets that were given to us, which got us in trouble, really. It puts you as a band in the whole of the record company. They were throwing a lot of money into us but we had to pay it all back and that is the end of a band really. We always had two guitar techs, a drum tech and actually a team of players around us that were helping us. Nowadays we don’t have that kind of budget to do that. We budgeting and setting up our own tours and we take care of our own business now and we do not have any debts with anyone. We go a little bit more bare bones, we can’t afford to have a huge crew to come with us. But we also don’t need them because we are now more experienced musicians and we know what has to be done.’’

What is the biggest lesson you have learned as a musician and what would you advise to young bands and other musicians?
,,Read the contracts really carefully and you have to be a businessman. Also back then when we started, but we weren’t. If you really want to succeed in this business, you need to learn the business, ask questions to your so called manager and the people who are surrounding you and who try to `help’ you [laughing]. Make sure you understand and don’t go blindly. I also have learned things change and nothing stays the same. Nothing is guaranteed. You just have to go with it and just enjoy what you have. When things go bad you have to try to make the best out of it to make it better. It is great right now, I ride the wave as much as possible.’’

What gives you the ultimate festival vibe?
,,The people! After this interview I will go out there, just walk around and meet whoever wants to meet me, hug people and high-five, whatever. I love it. Metal Church fans are awesome! They give me love and I need some love and I give that love back!’’

There is a lot going on in the world right now and even some American bands cancelled their tour because of that.
,,I don’t live my life that way. I am sure there is some danger out there but you can’t be afraid and you can’t let that danger win, right? I think love will conquer in the end.’’

What do you want to say to your fans?
,,I want to say the cliché because it is true: If it weren’t for them, we wouldn’t be here and I am so appreciative and so grateful to them. It blows my mind. I just can’t believe it; when I came back how many people still love our band. I will never forget that and I am grateful for that.’’
—
All photos by Mike Savoia