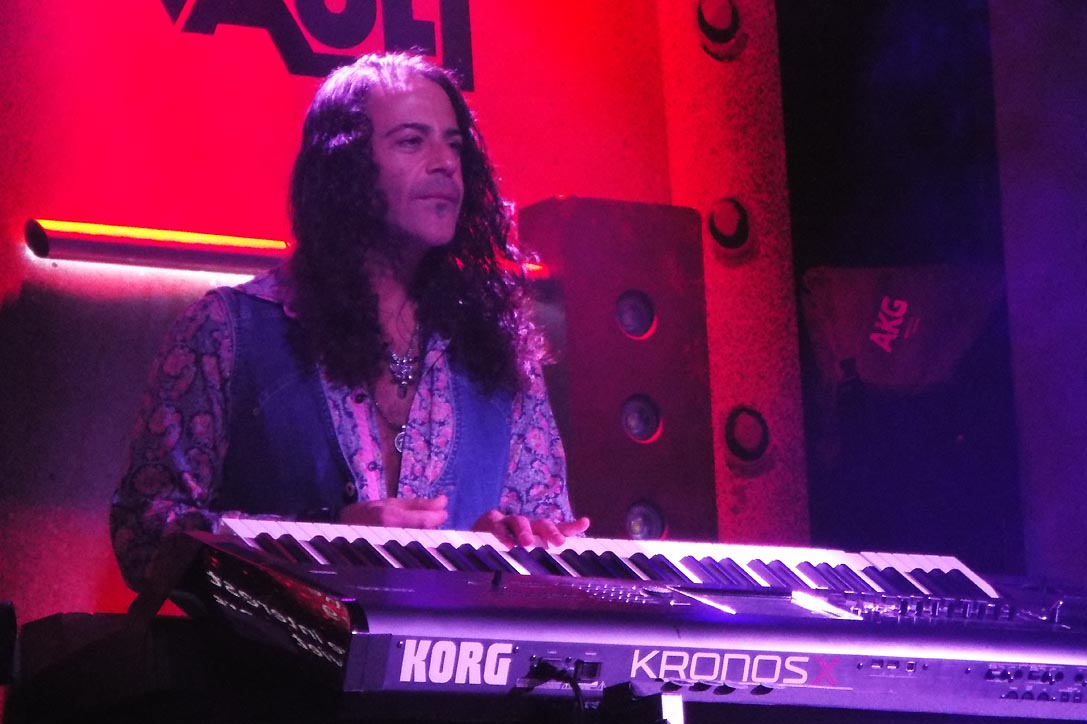 While being in Las Vegas recently, Eddy Meuwese not only visited the show ’Raiding The Rock Vault’, he also had the chance to speak with one of the musicians who is part of the band since the start in November 2012. Keyboardist Michael T. Ross is an ace player who worked with bands and artists like Missing Persons, Hardline, Angel, Lita Ford, to name a few. HeadBangers LifeStyle introduces you to the man who started playing the piano at the age of 8 and never looked back. 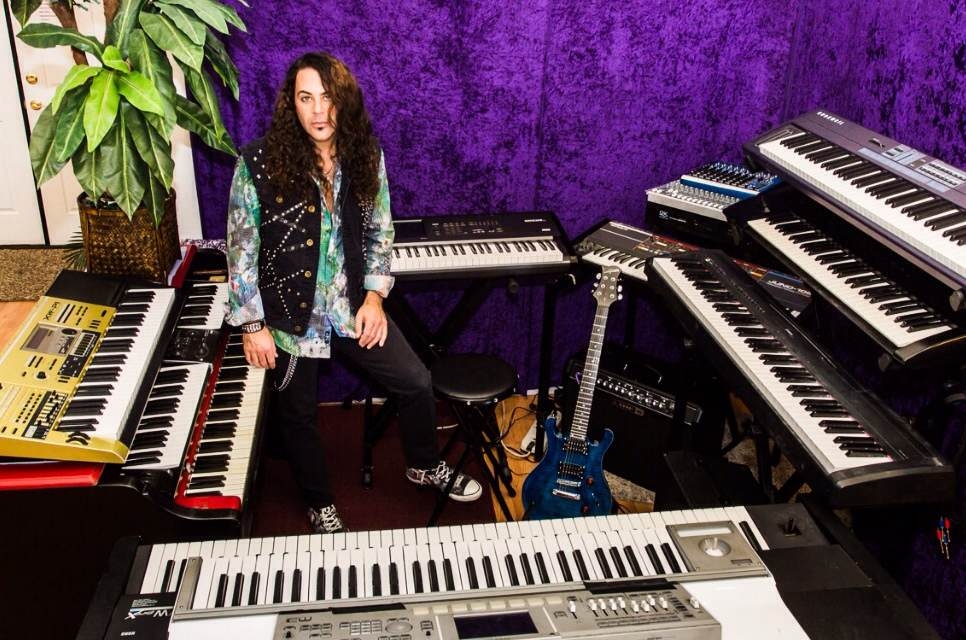 Hi Michael, please start with a introduction of yourself and let the readers know a bit more about you.
,,I’m a keyboardist based out of Las Vegas, Nevada. I grew up in Southern California and listened to a lot of classic rock and prog rock. Even though I knew at an early age that I wanted to play keyboards professionally, I kept my day job in the insurance/legal field until my early 30’s, before going full-time as a professional musician.’’

As I read your biography, you started piano studies at the age of eight. I’m wondering how an eight-year-old boy can already be so motivated to study. Can you remember those days and how intense that study was?
,,When I was 7, my older brother started piano lessons. As any little brother I wanted to copy my big brother and I started one year later. He already had keyboards, so, I was able to start practicing way before I got my own boards.’’

Who were the musicians/bands who influenced you?
,,Thin Lizzy has always been my favourite band. When I first heard ‘Black Rose’, I instantly fell in love with the band and Gary Moore. Rick Wakeman was probably my biggest influence for keys. But, I would have to say Mozart, Bach, and Händel gave me direction when I first started out. Chick Corea with his album ‘Return To Forever’ changed the game for me.’’

Which was the most memorable concert you ever went to as a visitor?
,,Probably my first concert with Triumph when I was in 6th grade. Rick Emmett always stuck with me ever since. Just a three-piece band, with so much to offer. They were very radio friendly, yet they had this prog side and sound to them.’’

Can you also tell me what was one of the most interesting musicians you ever met, talked to and/or worked with?
,,For sure I’d say Zakk Wylde. Got to spend a few all-nighters in the studio with him and we talked about Randy Rhoads, the Bible, life, riffs, you name it. What an amazing guy and he plays piano and sings with magic.’’

In 1987 you helped your brother to launch a magazine called Mean Street Magazine. Please tell us some more about what you did for that magazine and is this magazine still around?
,,I was a senior in high school when my brother created a multi- music magazine, which was based out of Orange County, California, which turned into a hot spot for the next big bands, such as No Doubt, Blink 182 and Sublime. We were right in the middle of it all, so business was good. My brother eventually moved the office to Los Angeles, where it continued for a total of 19 years. I did sales. Periodically, I got into the editorial and did interviews with some of my favourite artists like Joe Satriani.’’ 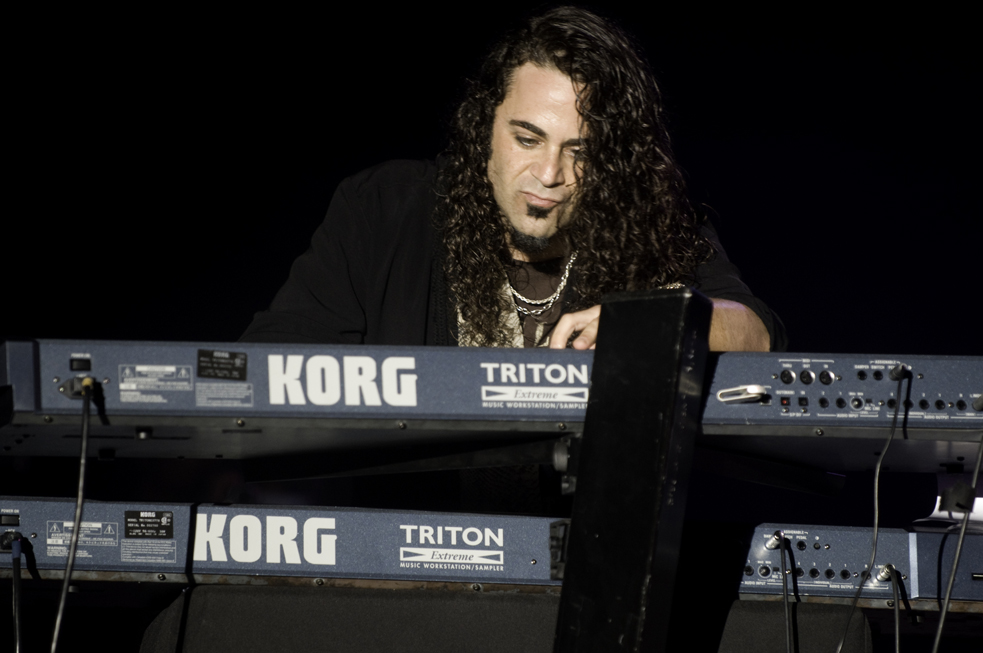 Mike Varney introduced you into the scene; please tell us some more about that period, the band he introduced you to?
,,I did an interview with him for the magazine, which gave me the opportunity to pitch my keyboards to him afterwards. He gave me drummer Michael Maysonet’s number. I joined his band Possum Deth and we played throughout Orange County, CA for 4 years opening up for big acts. Later, we played in Missing Persons together.’’

Later in your life you became a student of the famous Derek Sherinian (ex-Dream Theater). How did you come in touch with this man and what did he mean for the way you play your instrument nowadays?
,,When Derek left Dream Theater and started Planet X, I went and saw a show at The Baked Potato in Hollywood, CA. I got to meet him afterwards and started taking lessons right away. He influenced me in many ways, including playing Korg keyboards and slanting my board.’’

Who were your personal influences for becoming a musician yourself?
,,Really everyone around me when I was growing up. They would hear my playing and compliment me, saying I should go for it. I had great friends growing up and we all encouraged each other to pursue a career in music, which many of them have nowadays.’’ 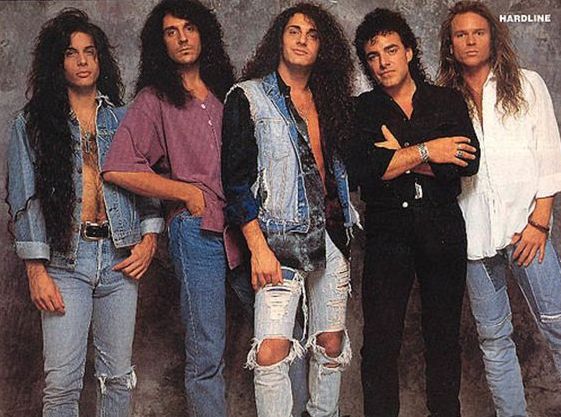 Can you tell me a bit more in which bands you play(ed)?
,,In 2001, I joined Hardline, recording two albums with them, ‘Hardline II’ and ‘Leaving The End Open’, as well as a live DVD in England. I then joined Angel and played festivals in Europe like Bang Your Head in Germany. Then I joined Lita Ford and toured for four years with her. Shortly after joining Lita, I also joined Missing Persons and did shows between the Lita tours. Besides that I have been recording with several bands, like Lizzy Borden on their CD ‘Appointment With Death’.’’

How did you get the job with Hardline and did you play with the band when Neal Schon was in it?
,,Shrapnel Recording Artist Joey Tafolla introduced me to Johnny Gioeli, who hired me to play keys. Neal was a special guest on our ‘II’ release but didn’t tour with us.’’

How did you get the chance to team up with a legendary band like Angel in the past?
,,My good friend Demi Solorio, who plays drums for Eric Sardenas nowadays, got me in touch with Coallier Entertainment in New York, and Danny Stanton gave me an audition, which got me the gig.’’

Which three albums would be in your luggage if you had to go to a deserted Island?
,,Return To Forever- ‘Romantic Warrior’, Europe- ‘Out of this World’, and Thin Lizzy- ‘Johnny The Fox’.’’

If you could create your favourite all-star band around you as the keyboard player who would be the players and the singer of your choice?
,,Tony Franklin on bass, Simon Phillips on drums, Jorn Lande on vocals, Eddie Van Halen on guitar.’’

Talking about an all-star band, as it is you are now one of the players of Raiding The Rock Vault. Can you tell me more about this event? When did it start, what is it about and what musicians are involved?
,,In 2012, Raiding The Rock Vault had their debut show in Los Angeles. Shortly after that, we started a residency at the LVH Hotel in Las Vegas. Over 850 shows later, we are still cooking and at The Hard Rock Hotel today. The show has a story line which is the history of different eras of music played by real rock stars. The creator of the show got the idea for it late one night in a bar in Europe. On vocals we have Andrew Freeman, Paul Shortino, Mark Boals and Robin McAuley. On guitar, we have Doug Aldrich, Hugh McDonald is on bass, Jay Schellen is on drums, Cian Coey is our female vocalist, Howard Leese on guitar, and I’m on keys.’’ 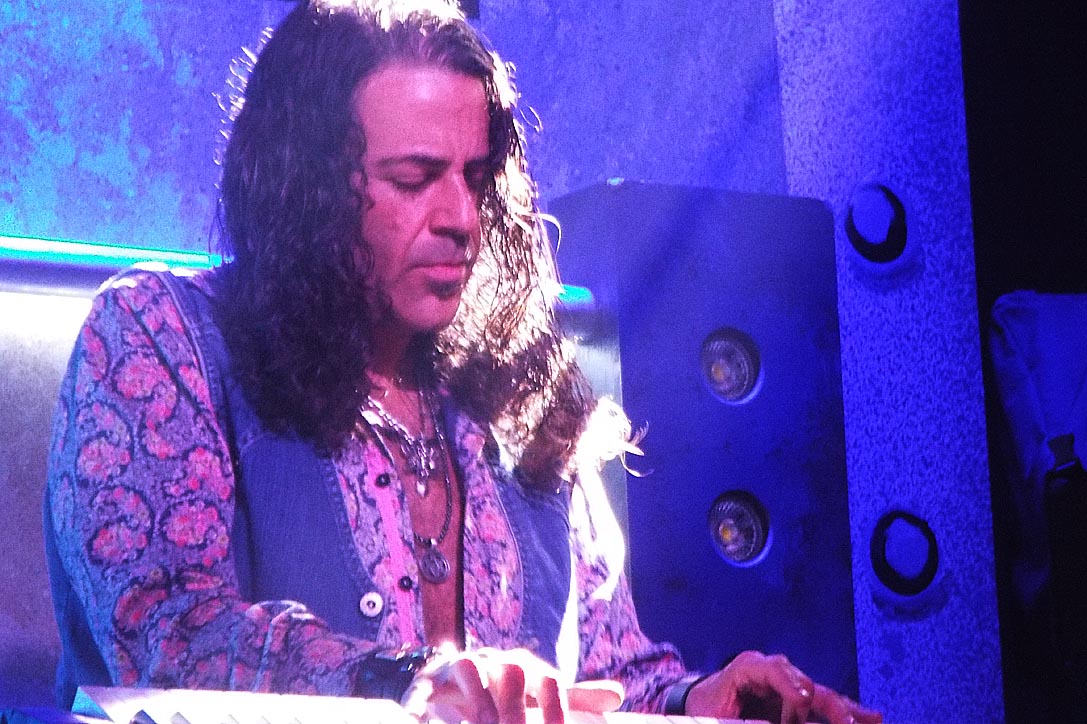 This band has an amazing set list and the public will be treated on a great night of rock classics. Which two or three songs are your favourites to play at these gigs?
Definitely ,,Smoke on the Water’’, ,,Separate Ways’’ and ,,Juke Box Hero’’.’’

Who is responsible for picking the tunes for these shows?
,,Howard Leese. He is the musical director.’’

Next to playing music, do you have some other hobbies too?
,,I love travelling, watching Anthony Bordain’s ‘No Reservations’ and shopping for antiques.’’

What are your plans for the near future?
,,I’m not sure. It could go in so many different directions for me. The plan now is to stay in Vegas and keep rockin’ with Rock Vault. We are quickly approaching our 1,000th show! And we’re just getting warmed up! Maybe one day I may join another big group and go on a world tour.’’

To end this interview I always like to give the musicians a few names and words and hope for a short quick response.
Music: ,,my everything’’
Studio: ,,let’s write a song!’’
Live: ,,don’t forget the eyeliner’’
Keyboard: ,,Prophet 5’’
Love: ,,me tender’’
War: ,,been going since the beginning and won’t stop anytime soon’’
Los Angeles: ,,miss you’’
Las Vegas: ,,love you more & more’’
Raiding The Rock Vault: ,,what a kick ass band’’
Social Media: ,,love it’’
Career: ,,flourishing’’
Past: ,,no regrets’’
Future: ,,let’s do this’’

Okay Michael, it has been great to get to know you a little better, do you have anything to add and tell our readers?
,,I appreciate the interview with you and always a big fan of your site! Thank you!’’
—