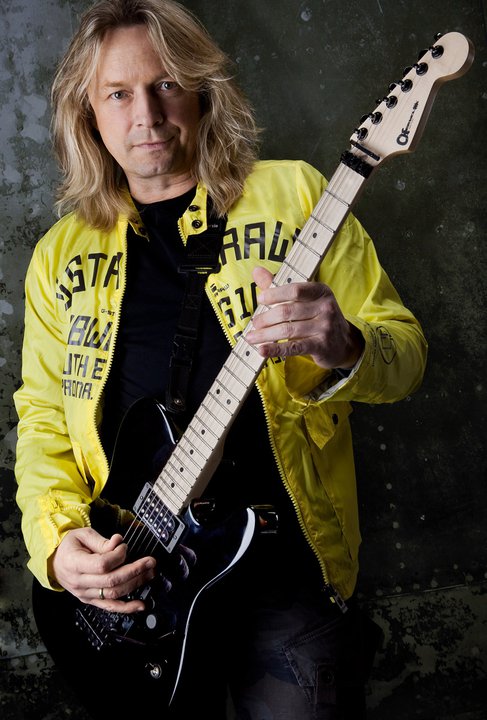 The Skills Of A Music Producer

German singer, guitarist, producer Michael Voss is living his life as a rock musician for almost 4 decades now. His career took off in the very early 1980s, being the energetic frontman of the Münster based hard rock band Mad Max. After some successful years of releasing albums and touring, during the following years Voss moved on with bands and projects such as Casanova, Phantom 5, Bonfire, Wolfpakk, Michael Schenker’s Temple Of Rock and Rock Wolves. Parallel to his career as an active musician and touring the world, Voss also made a name for himself as a songwriter and music producer, running his own studio Kidroom Music for many, many years now. With all these non-stop activities you wonder if there is any spot left in the agenda of this guy. The answer is yes because on an ordinary evening during a regular week, Voss Skype’s with HeadBangers LifeStyle to answer a few questions. Not about the upcoming release `Wolves Reign’ of his all-star project Wolfpakk (out 28th April 2017, which he runs together with producer, singer Mark Sweeney and featuring an impressive list of well-known rock musicians like Biff Byford (Saxon), Rudi Sarzo (Ozzy Osbourne) and George Lynch (ex-Dokken) to name a few), or the brand new Phantom 5 album he just finished recording with former Bonfire buddy, singer Claus Lessmann, but about what it takes to be a (good) music producer. 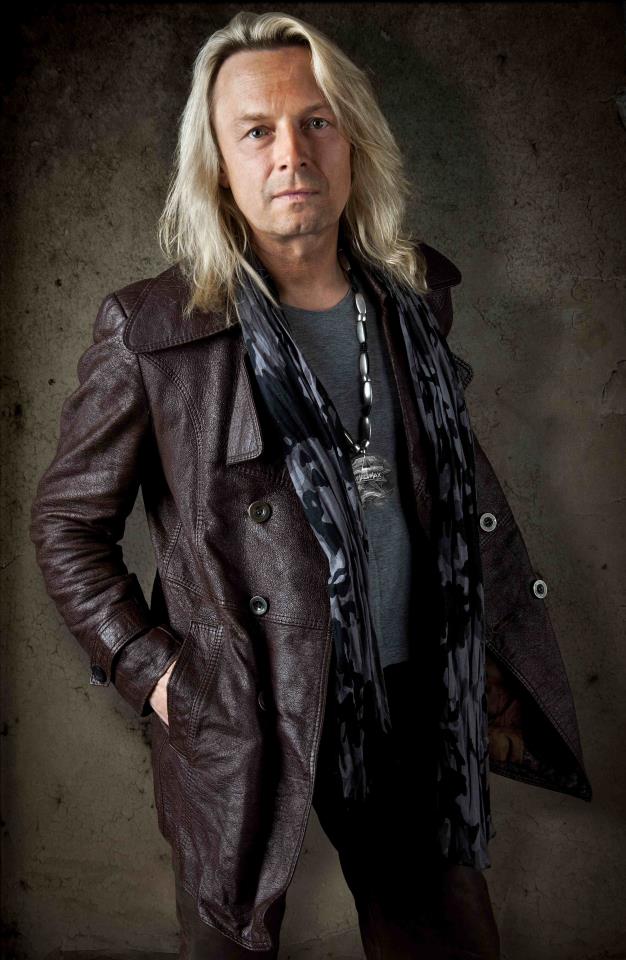 To start off this conversation I want to know what the role of a producer actually is during the recording of an album. According to Voss it could be everything, also depending on the type of producer.
,,An executive producer is somebody who is responsible for the recording budget and he might tell the artist if he likes the songs or not. An instinctive producer is active in the creative process together with the band. He goes into the music, sticks around in the rehearsal room and helps out in any way he can. To me the most important thing is that a good producer loves music. Then it comes in handy if, as a producer, you can write music or lyrics, so you are able to contribute during the process if needed or demanded. It is also not too bad if you can play a couple of instruments as well. In my case I play drums, bass, keyboards and guitar. I am like a one-man band and if you work with me I can fix it all for you if you want me to. That’s what I learned in school, what I have been trained for and teached. Playing instruments also helps me to speak the same musical language as for instance a drummer or a bass player. When I work with a band I don’t act like their teacher but I give them guidance and security. I’ll be a motivator, a destroyer, actually everything. I’ll even be a mamma or a papa. I try to show them the way wherever they want to go, how to approach or to play a song and that helps a lot during the whole process. As a producer you also have to organize a couple of things as well and you need to have an overview from start to finish. When I start a production I already have the complete picture in my head, which means I already know in my mind how the end result will sound after the mastering is done two months later.’’

But what does it actually take to be a good producer?
,,That depends. Like me, I am an engineer as well and I am able to also work as the technician in the studio, operating the soundboard and equipment. Some producers do have the total overview but they don’t have the technical skills and that is a difference as well. I consider myself a musical producer. We can work on the album like I hear it in my head or we can work on an album together.’’

What makes you a good producer?
,,First of all, my passion for music. I can hear well. I can feel well and I believe I can motivate people to bring the best out of them. That’s what I can do. But the most important thing is I can make a record sounding good.’’ Can everybody become a producer?
,,That’s a hard question. I guess it also depends on which style of music you are producing because for instance rock, rap music and reggae are not the same. At least as a rock producer I can tell the kids stories about being on the road and the stories after the live show [laughing]. But I think if you want to become a producer you have to experience a lot and when you got your homework done you are passing the torch to a new generation. I never had a particular producer as my role model, there were just a lot of producers I really liked and admired and even really looked up to. George Martin, the producer of the Beatles, Martin Birch, the producer of Deep Purple, Eddie Kramer, who produced Kiss, Jimi Hendrix, Led Zeppelin, these guys were huge! They did it all in the seventies and even the German producer Michael Wagner did a great job in the eighties.’’

We live in a digital era, and because of Spotify, I-Tunes, YouTube and the MP3, the new generation experience a different sound quality then back in the days. I wonder if it does make the job of a today’s producer different.
,,Yes absolutely. Normally you try to achieve the highest quality on waves that you are recording but in the end it is stripped down to a MP3 file. That’s not good in my opinion. Therefor I love it that vinyl is making its come back. It is really great that people can listen to the sound quality of vinyl again because it is a huge difference.’’

When did you know you wanted to handle the production yourself as a musician?
,,Well, recording an album changed way back in the nineties when all these computers came up. I then realized that if I didn’t jump on that wagon right away it would be too late, because I wanted to be able to record my own music. I wanted to be a songwriter and to be able to present my songs to other artists without hiring a studio and an engineer all the time. So naturally the question was: `Is there any chance I could do it on my own?’ Fortunately at that point I already had all the experience from the very old days and I knew how it was to record everything live with a band. You only got a few takes to choose from so you had to play your parts as good as you possibly could. I am so glad that I learned from the old school guys. I remember the first time I was in my own new studio, sitting in front of a 72-channel controller thinking: `Jesus Christ how should that happen?’ Four weeks later it was happening. So actually everybody can do it if you are eager, if you are passionate and if you love what you are doing. When I talk or work with young musicians I encourage them to experience it themselves, to try things out and advise them to read a lot of information and just check things out. Basically, go and enjoy yourself.’’ 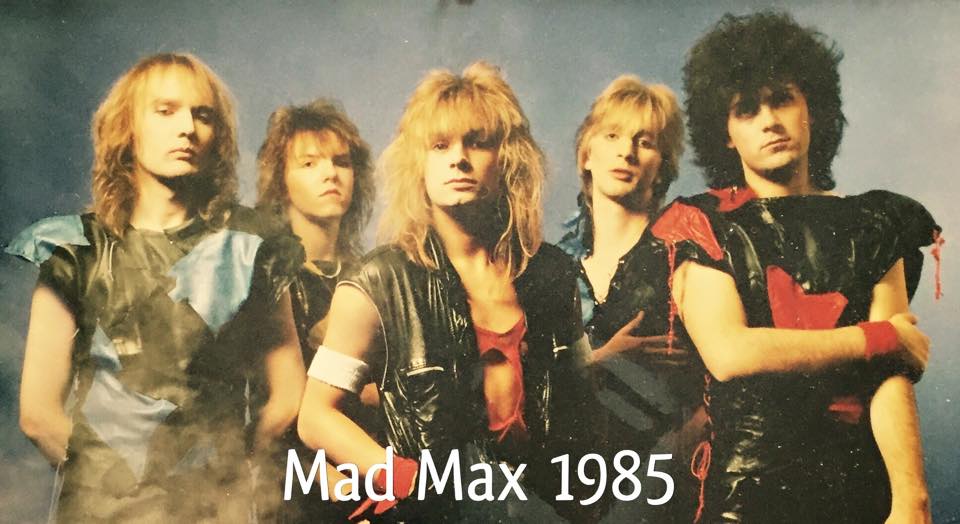 Do you find it easy to produce yourself?
,,For me the sun is going up in the morning and when I tell myself I should write a song I go into my studio and write it. I don’t care if somebody else doesn’t like my song because I did it for myself. If you want to be a successful musician you definitely have to love yourself.’’

You are such an experienced musician and producer, what are the most important tips and tricks you want to share with young musicians?
,,I would say the most important thing is to play accurate. Try to stay as close together as possible as a band and talk. Make sure all the instruments go well together, keep it as tight as possible and just play simple and don’t use too many notes. Of course it depends what type of music you want to play and if you want to do a prog rock album fine, but if you want to go AC/DC, than listen to AC/DC. They show it; less is more! But try to get your own groove and your own length of notes. Stay easy, stay in the vibe and don’t try too much. If you cannot do it, stick to your guns and try to be as close together as possible. Be well prepared before you go into the studio, that helps a lot too.’’

Who would you love to produce one day?
,,It is still not happening yet but I love to go to The Netherlands and work together with bass player Barend Courbois [Blind Guardian], drummer Jos Zoomer [Vandenberg], singer Bert Heerink [Vandenberg] and guitarist Timo Somers [Delain]. I hope we can do an album together as soon as I have got the time to get these guys together, then get into the studio for two weeks and make a hell of an album. This will definitely be a live-recorded wonderful album that I would love to do! And yes, Timo is featured on the new Wolfpakk album `Wolves Reign’. He is one of the best guitar players of this planet. He is fucking awesome! I met his father Jan Somers in1989, when I was touring with Bonfire and Vengeance supported us on that.’’
—
Follow Michael Voss on Facebook or visit his Website