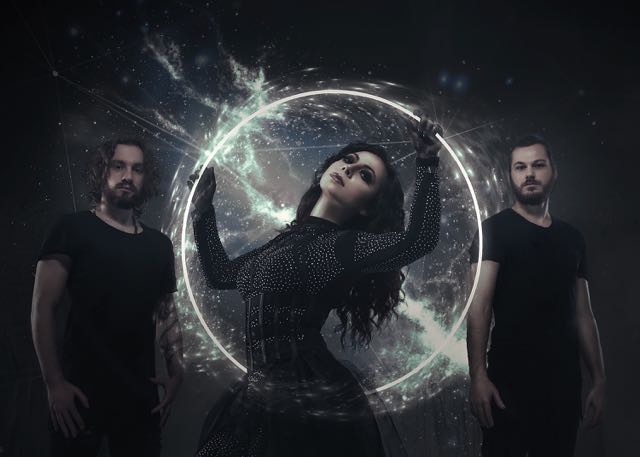 Pushing To The Max

The origin of Dutch/Brazilian symphonic, prog metal band Phantom Elite lies in the live band that was formed by excellent guitarist, songwriter, producer Sander Gommans [founder of After Forever, Trillium, Magic O Metal] to get his then new HDK Project to the stage. But when a sparkling musical chemistry started to happen, Sander and the fabulous singer Marina La Torraca [hailing from Brazil and known for Exit Eden and as live vocalist for Avantasia] decided to form the new band Phantom Elite to explore their musical ideas and were soon joined by other musicians. The debut album `Wasteland’ made its entrance in 2018, which was successfully sealed with a European tour. But at one point in time Marina and Sander had to start all over again as the only original members left. They found guitarist Max van Esch and drummer Joeri Warmerdam as permanent new band members and Phantom Elite started working on their follow up album `Titanium’, while Sander made great effort as the executive producer. `Titanium’ [out 22 January 2021] has become a strong and diverse sounding album, featuring great musicianship and an impressive vocal performance, that confirms the great potential and talent of this band. HeadBangers LifeStyle’s Lilo contacted Sander and Marina for an update. 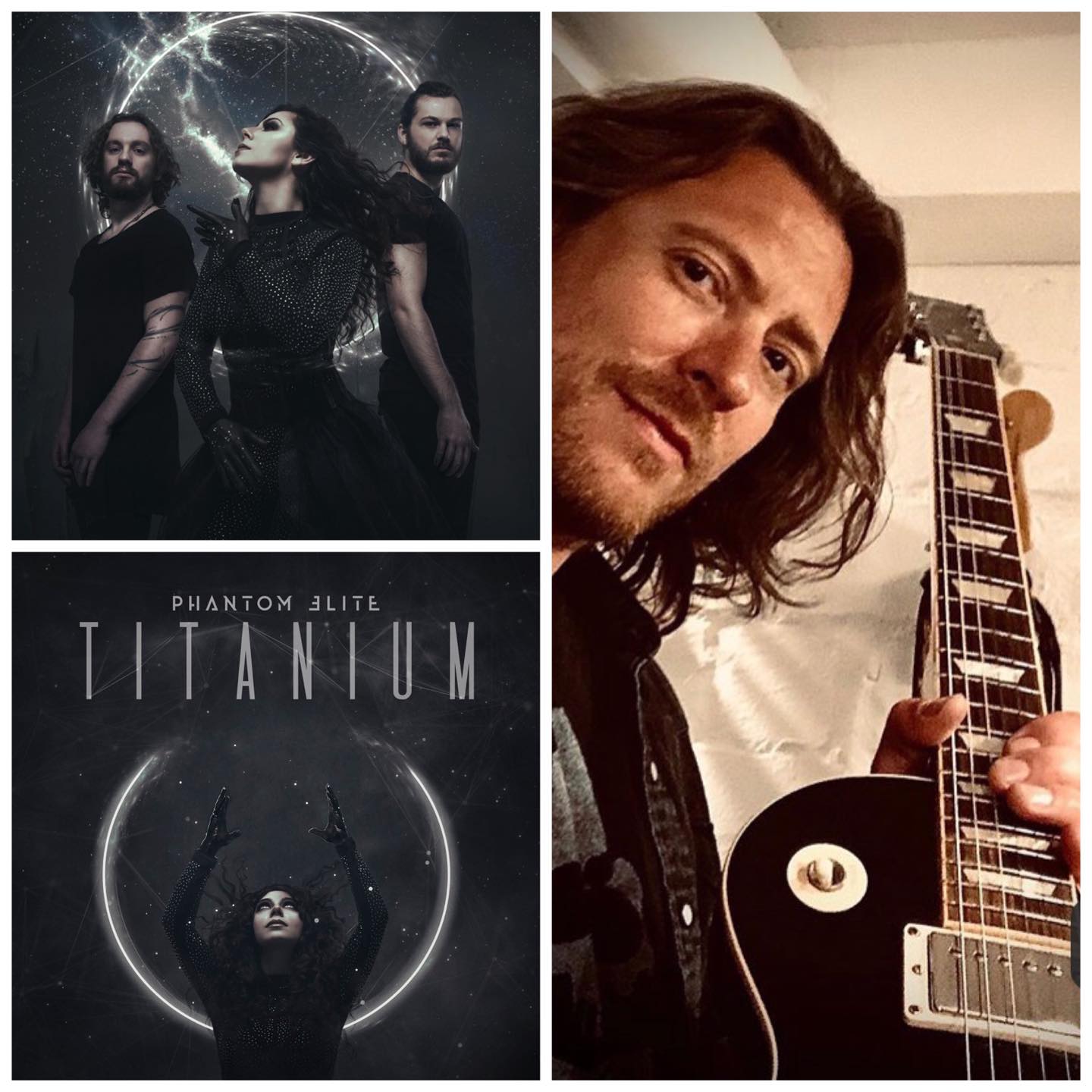 When did it really start itching to work on a second album?
Sander: ,,This time, for me it was more important to have a stable line-up and go to a style that would fit to the different personalities and musical identity of the band members. In order for that to happen, you need to give room and time for experimenting, which is hard for me because I tend to be impatient [smiling]. But it was all worth it!’’

The bar was set with the first CD `Wasteland’. How did you start and was there a certain outcome you had in mind?
Sander: ,,I knew we couldn’t continue in the same style completely, and that was no issue. Phantom Elite is about honesty, about believing in what you do and about pushing yourself to the max. The only outcome in my mind was an outcome where all musicians would feel they gave their best, they learned from the whole process and they felt their musical DNA is part of Phantom Elite now. It’s a bonus for me that that actually led to a brand new style!’’

Did you handle things different comparing to the debut, things you learned from that first experience?
Sander: We basically had to start all over again. Marina and I were the only original members left. So naturally, pretty much everything was different. However, having only 4 (live) members in the current line-up made things so much easier. Next to that, scoring a record deal with Frontiers Music in the process of writing the new songs gave everything a great boost and it makes everything a lot more professional.’’ 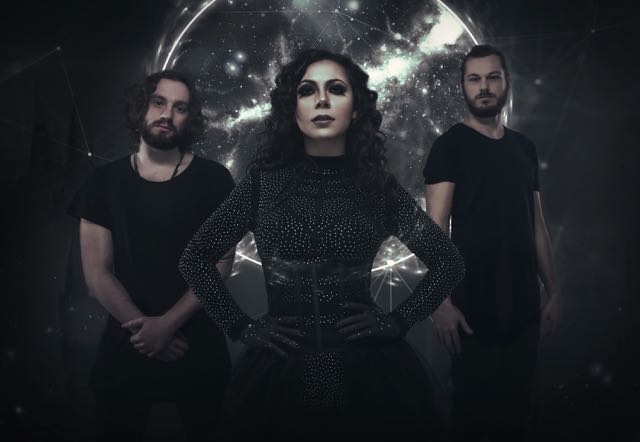 Who is/are responsible for writing the songs this time and who is responsible for the production and mix?
Sander: ,,This time, I concentrated on hooks, structure, music theory (arrangements)production tips and the overall process. When the band found its new style, I was blown away!’’
Marina: ,,All of us had an important part in contributing to the band’s identity and all of us worked as a team to puzzle things together; Max van Esch, our guitarist, came up with most of the instrumental ideas, sounds and a lot of arrangements; I worked on vocal lines and lyrics and Amanda [Somerville] did the vocal production and some additional co-writing with me. The mix was done by Hannes Braun, who also happens to be the singer of Kissin’ Dynamite and kick ass producer for bands like Exit Eden, Beyond the Black, etc..’’

Sander, recently you stated on social media: Twenty years after releasing After Forever’s second album `Decipher’, it’s now time to release Phantom Elite’s second album `Titanium’. With `Decipher’ we offered something different to the symphonic metal genre and I feel we’re doing exactly the same with `Tatanium’. Can you explain yourself?
,,On this album, you clearly hear a new generation of metal musicians. Just listen to the grooves, the melodies, the sounds and the structures. It offers a lot for musicians, as well as music fans in general. Metal has evolved and has incorporated elements from lots of different styles. You can hear that on our newest album. I feel that with `Decipher’, as ‘youngsters’, we didn’t feel we had to commit to a certain style, we just did what felt right. I hear the same with Phantom Elite.’’

How would you like to describe the musical architecture of `Titanium’?
Marina: ,,The foundation of the whole album was the premise of working with modern elements. From there on we worked mostly on clearing structures, heavy riffs and melodic hooks. At the same time we strived for a balance between the different musical backgrounds we all share.’’

Phantom Elite isn’t about fairy tales and fantasy. What do you entrust to the listener in the new lyrics?
Marina: ,,`Titanium’ is a quite personal album lyrically (to me, and to what the band was going through while writing the album and fighting for a future in the industry). The themes are quite sewed together in the meaning of the title word itself: it’s about strength, ranging from overcoming hardships, to standing up for what you believe in.’’ 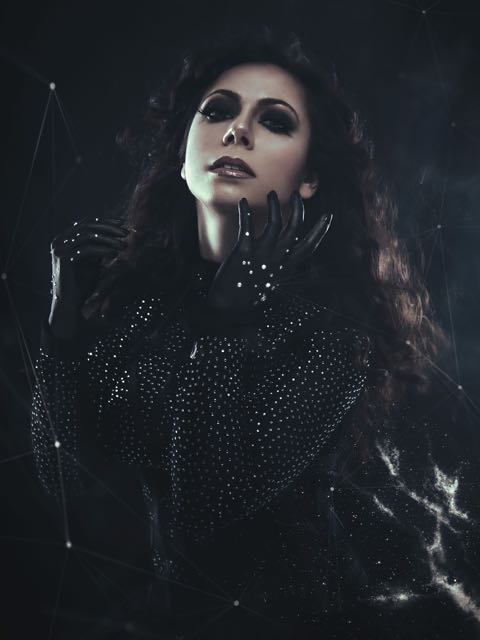 Marina you are a fabulous and diverse singer, what were the challenges you gave yourself while working on vocal melodies and recording your vocals?
Marina: ,,Thank you! I always like to challenge myself [laughing]. I always like to work with a lot of range possibilities, and on this album I tried to combine some operatic elements and some more “in your face” singing, and a little bit of softer vocals. The more, the merrier!’’

What do grunter Stef Rikken (,,Worst Part Of Me’’) and Amanda Somerville (,,Silver Lining’’ and ,,Eyes Wide Open’’) contribute to the dynamics of the album?
Marina: ,,They definitely add more layers and contrast to it, which always results in more depth and richness. Stef’s grunts in that specific song fit perfectly to the representation of almost a different character. Amanda’s feature came from a spontaneous idea we had in the studio. And she always sounds so warm and amazing, we couldn’t go wrong there!’’

What are the ambitions of Phantom Elite?
Marina: ,,We definitely want to keep making/performing music for a long time and, most hopefully, contributing positively to the scene. We really strive for keeping up with the times, and for catering to a broader audience, mixing elements, and not being afraid of experimenting.’’

Are there any plans for online live events or are there other ideas to promote the new album?
Marina: ,,Yes! There are many plans. Unfortunately, we do need to wait for the lockdown measures to ease up. But we’ll most surely make the best of it all! Stay tuned on our socials [smiling].’’ 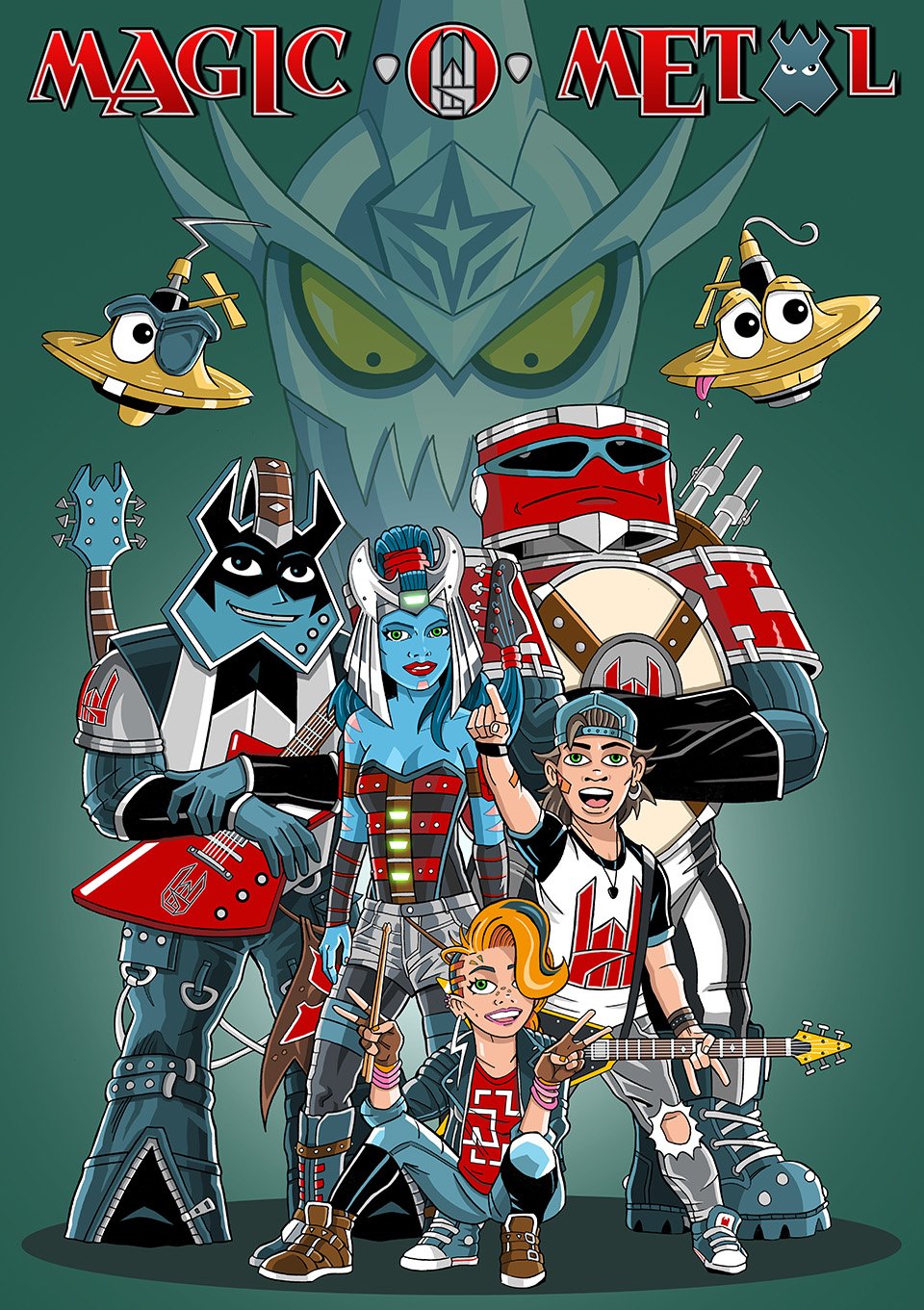 Last but not least, what is going on with the project Magic O Metal, you are both involved in, at the moment?
Is the project a success so far and what do you have in mind for the near future?
Sander: ,,Thanks for asking! Basically, next to Phantom Elite, it’s my full time occupation when it comes to making music. I’m writing songs with over 50 musicians (professionals, kids, amateurs) worldwide, we’re finishing a guitar book that will offer a totally new way of learning to play a guitar, we’re setting up a new platform for people to promote their music, working new artwork with talented graphic artists, working on various multimedia ideas.
We’re creating (guitar) challenges, new lyric video’s, Magic O Metal France with French vocals, a new extremer part of Magic O Metal and will do recordings with a lot of kids when the Corona situation will permit this again. We’re working together with Odin, a metalkid, that’ll share his inspiring story through videos the upcoming weeks. And these aspects are just a little part of Magic-O-Metal.
It’s a big adventure, a new way of working, and a lot of different people to collaborate with. It’s a success when it comes to people that want to participate and it’s a challenge when it comes to keeping the overview and actually promoting what we’re doing, since it’s so versatile. Connecting people, motivating, creating and learning from each other is something we definitely achieved. Now we have to focus on making it visible, on creating more platforms worldwide and show that Metal can contribute to greatness on many levels! I’m proud of everybody that contributed so far, lots of new products are coming due to that. We’re working hard and believe 100% in what we do…it’s great to see it’s paying off!’’
—
Photo Credit: Nat Enemede Photography