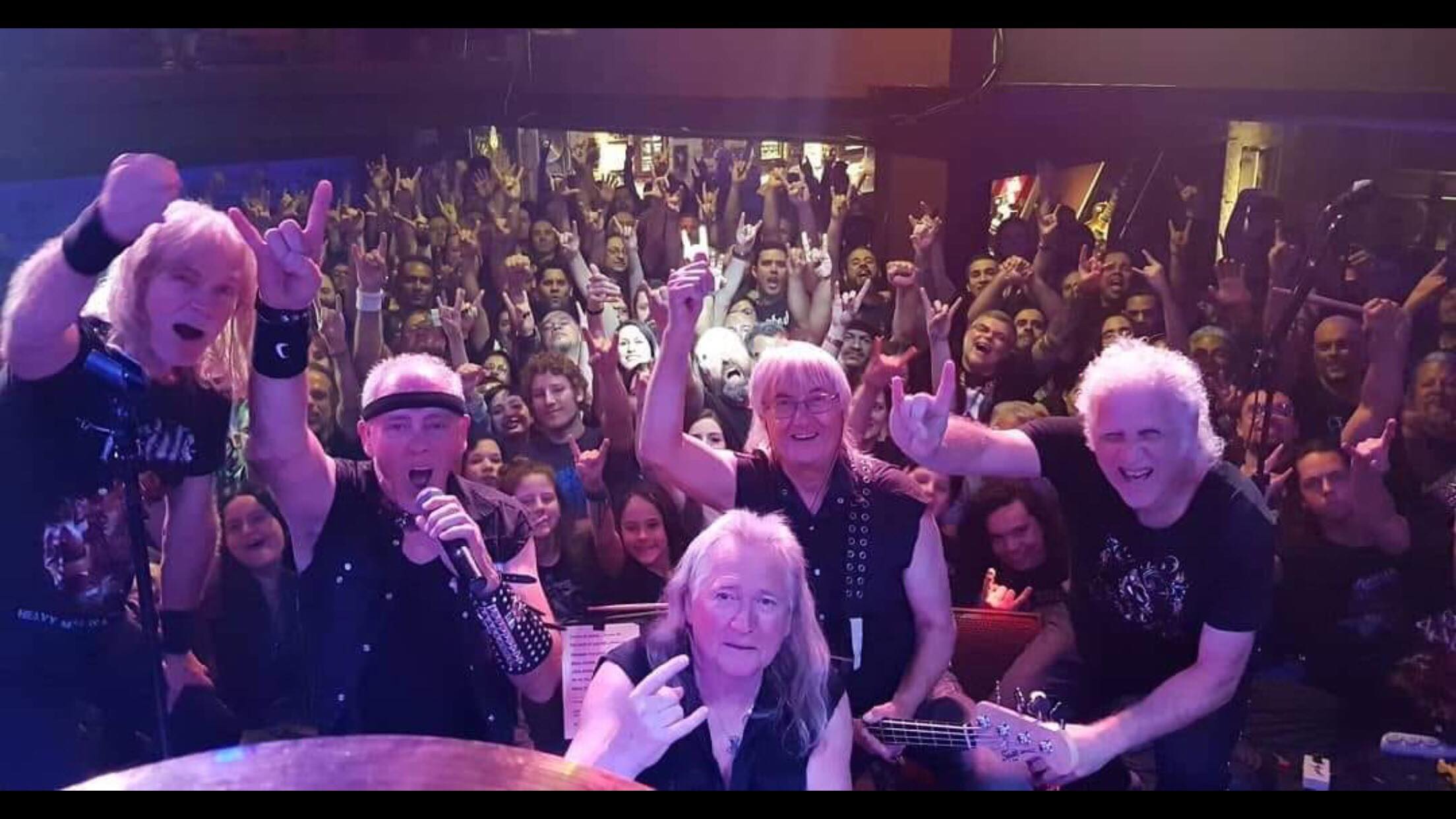 Bassist Rinus Vreugdenhil back in the saddle

With the album ‘Wings’ almost released we had the pleasure of talking with the bass man from the first hour of Dutch metal legends Picture: Rinus ´Rien´ Vreugdenhil, who is still rockin´ after 40 years! HeadBangers LifeStyle’s Hans van Peppen spoke with him about touring, the new album and future plans. 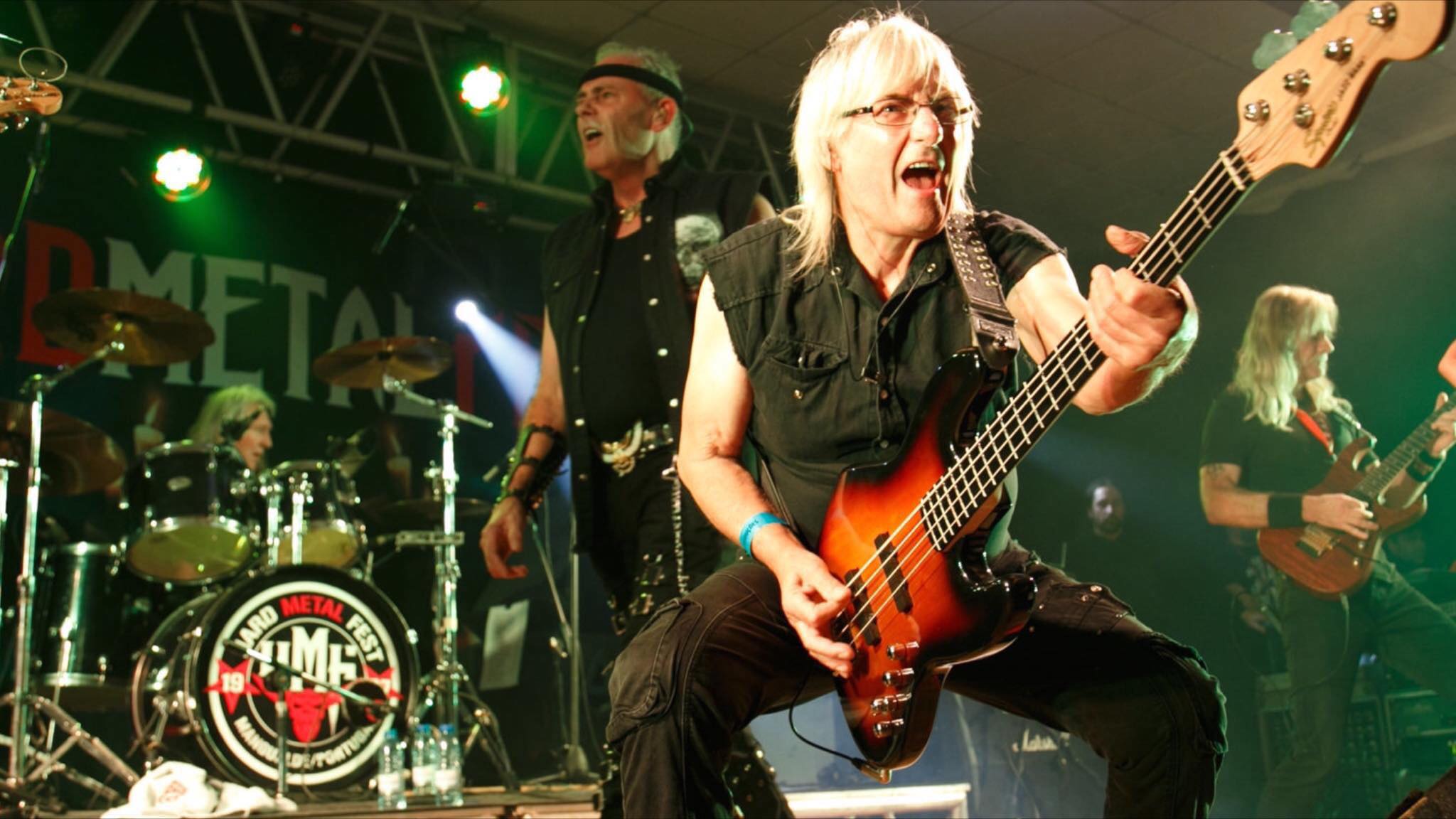 Hello Rien! Last year you surprised us with an anniversary live album ‘40 Years Heavy Metal Ears – 1978-2018 – Classic Lineup’. This was released by Pure Steel  Records and now it is time for the 10th studio album ´Wings´ (also on Pure Steel). Can I say that for me personally this might even be the best record Picture has ever made! First things first, how did you end up with Pure Steel Records?
,,Jan Bechtum got this done. We knew that Pure Records had old school metal on the list and the manager of the label was a Picture fan.’’

The live album was recorded with the four original members Ronald van Prooijen (lead vocals), Jan Bechtum (guitar and backing vocals), Laurens “Bakkie” Bakker (drums) and you on the bass guitar. The fifth member, Appie de Gelder (guitar, keyboards and backing vocals), came from an Iron Maiden cover band. How did Appie end up with Picture in 2016?
,,Ronald has been playing with Appie for years in various bands including Roslyn. Appie is a great guitarist and keyboard man. He plays everything from Genesis to Iron Maiden. He is also a great guy!’’ 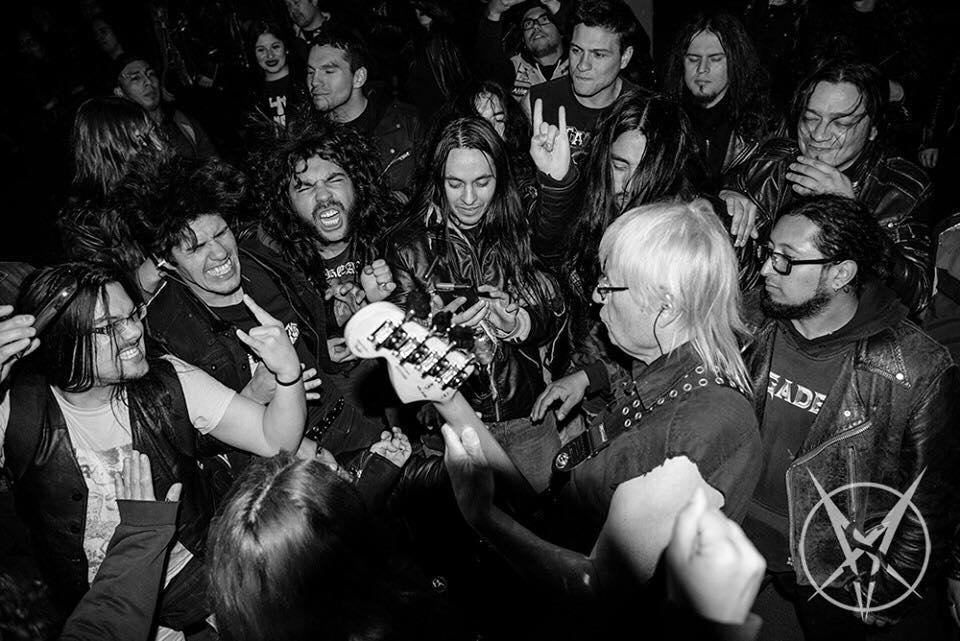 Bassist Rinus Vreugdenhil (Picture) in his natural habitat
Okay, enough about the past, let´s go to the present, more specific your new album ´Wings´. Ten new tracks on the 10th studio album. When I got the promo of ´Wings´ you guys did a tour in South America which was enjoyable to follow on Facebook for example. How did you end up in South America and how did the tour go?

,,In 1982 we were already asked to come to South America, but for financial reasons that was cancelled. Years later, in 2013, we received an offer for a tour in South America. That was great and we accepted the offer. We met old and new Picture fans throughout South America. We were welcomed then by Silvio Rocha (Open the Road). After that we also did tours in South America in 2014 and 2016 and 2019, so you might say that Picture loves South America and vice versa. The last tour has been great with the first line-up from 1979! And we will return twice in 2020. That says something !!!!’’

When I first listened to the album the vibe of the early 80s came back to me immediately. I found myself back in my childhood years. ‘Wings’ was recorded with producer Jonathan Merrelaar at Red Pack Productions in Ridderkerk, Netherlands. Did Jonathan also have some influence on the recording process? How do you guys write the songs nowadays with all those new digital opportunities you did’t have in 1980?

,,Jonathan certainly had influence. He is a producer and at the same time a great musician and technically gifted in digital recording. The drums are recorded old school, with microphones! So old school. In these digital times, communicating is easy. Via mail and through Wetransfer everything is possible that was not possible in the 1980s. In Ridderkerk in the “Get Rhythm”, which is a practice centre for bands, Appie, Bakkie and I have been busy for weeks putting down the basics. Finally we first recorded the basics and later added the vocal lines to it.’’ 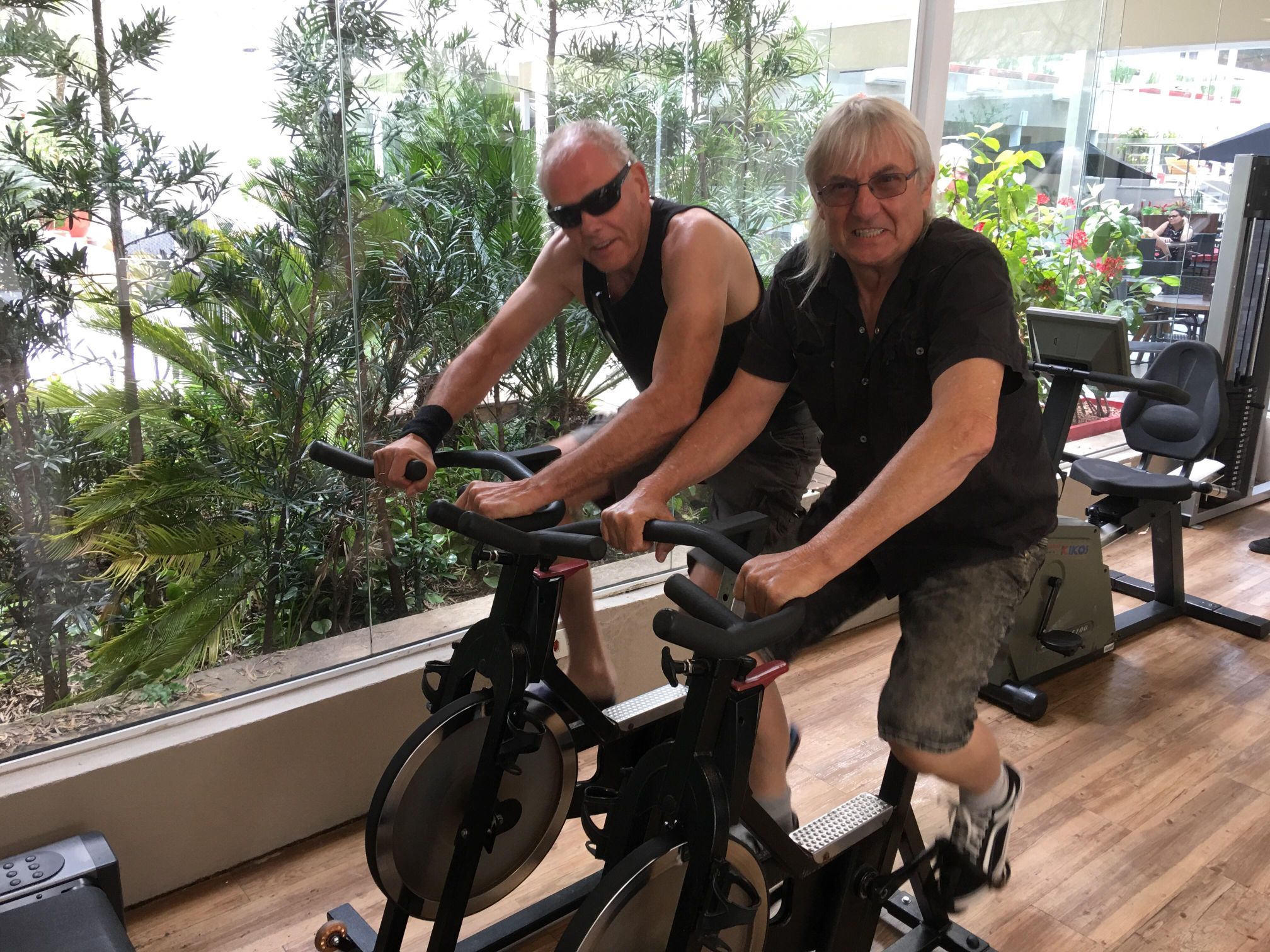 First you gave us ,,The Line Of Life’´ from the new album and since a few weeks we got the magnificent song ,,Stroke’´. Well, that is a song with a personal story isn´t it? Could you tell us what happened and how you guys did write one of the most impressive Picture songs ever?

,,One week after the South America tour in 2014 I had a stroke. I could no longer talk and could not move my right arm anymore. Double KUT KUT [Dutch swear word]. Due to the rapid reaction of my wife I was in the hospital within 30 minutes, that saved my life. After months of medical rehabilitation, everything went well again. 100% is not possible, but 98% is all right again. I wrote ,,Stroke’’ during the rehabilitation period and later, with the rest of the band, ,,Stroke’’ was born. Ronald, in particular, wrote my text perfectly.’’

Is there a release show coming up for ´Wings’ followed by club tour?

,,Not a special release show dated yet but we will play on the 40th anniversary of Vortex [Dutch metal band] in the ‘Vera Club’ in Groningen (NL). We hope for a club tour in 2020 but we will return twice to South America. Ludy Wetzl (our agent at Eternal Rock) is working on a WINGS tour 2020.’’
Okay, thank you Rien for your time and I wish you and the band many years of rockin´ in good health form the HeadBangers LifeStyle crew! We see you on tour!! 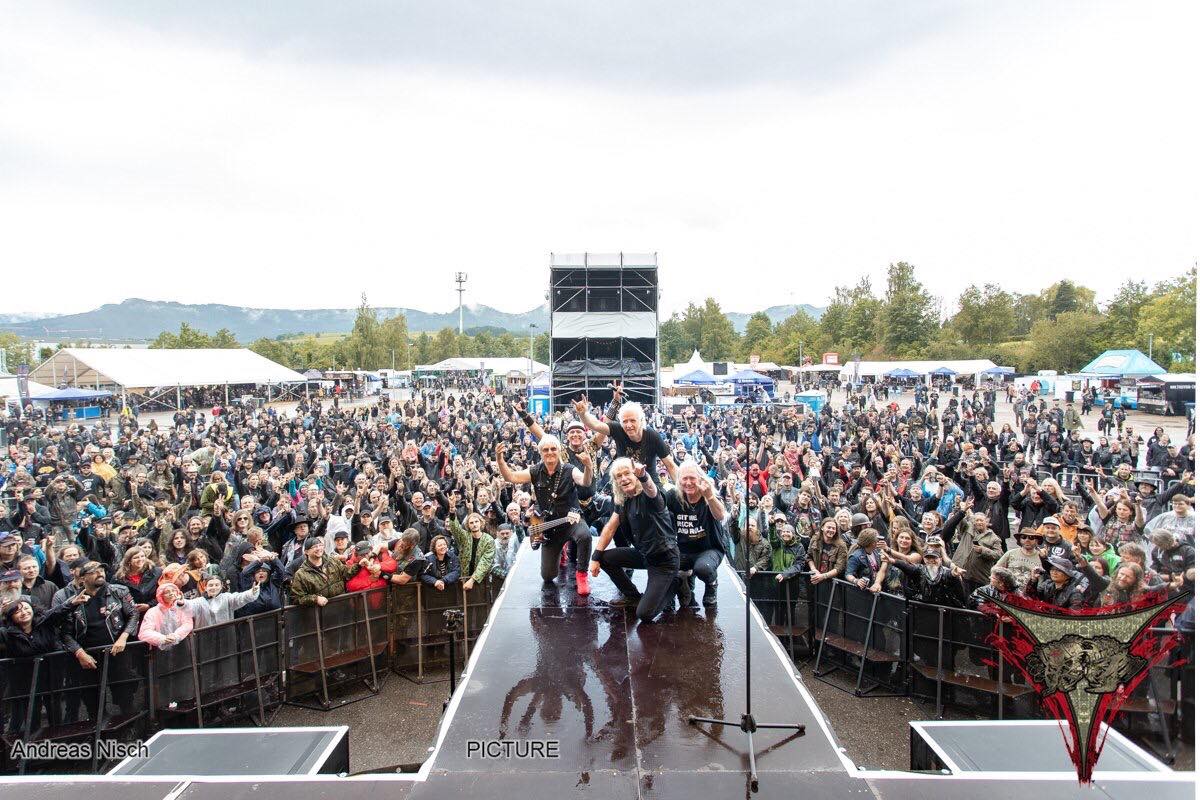