The main reason for the interview is the recent release of Pink Cream 69’s 12th release ‘Headstrong’ but Englishman David Readman is a busy guy. Ever since he took over the microphone from Andy Deris to become the singer of melodic German rockers Pink Cream 69 in 1994, he became a sought after guest in various bands and projects. Recently we saw the release of 3 albums shortly after another with his characteristic voice. Almanac, Pendulum Of Fortune, and of course his band Pink Cream 69. Besides all that he has his own David Readman Band and became the new singer of legendary British NWOBHM band Tank. So there is enough to talk about.

,,I work best when I am a bit under pressure.’’-David Readman 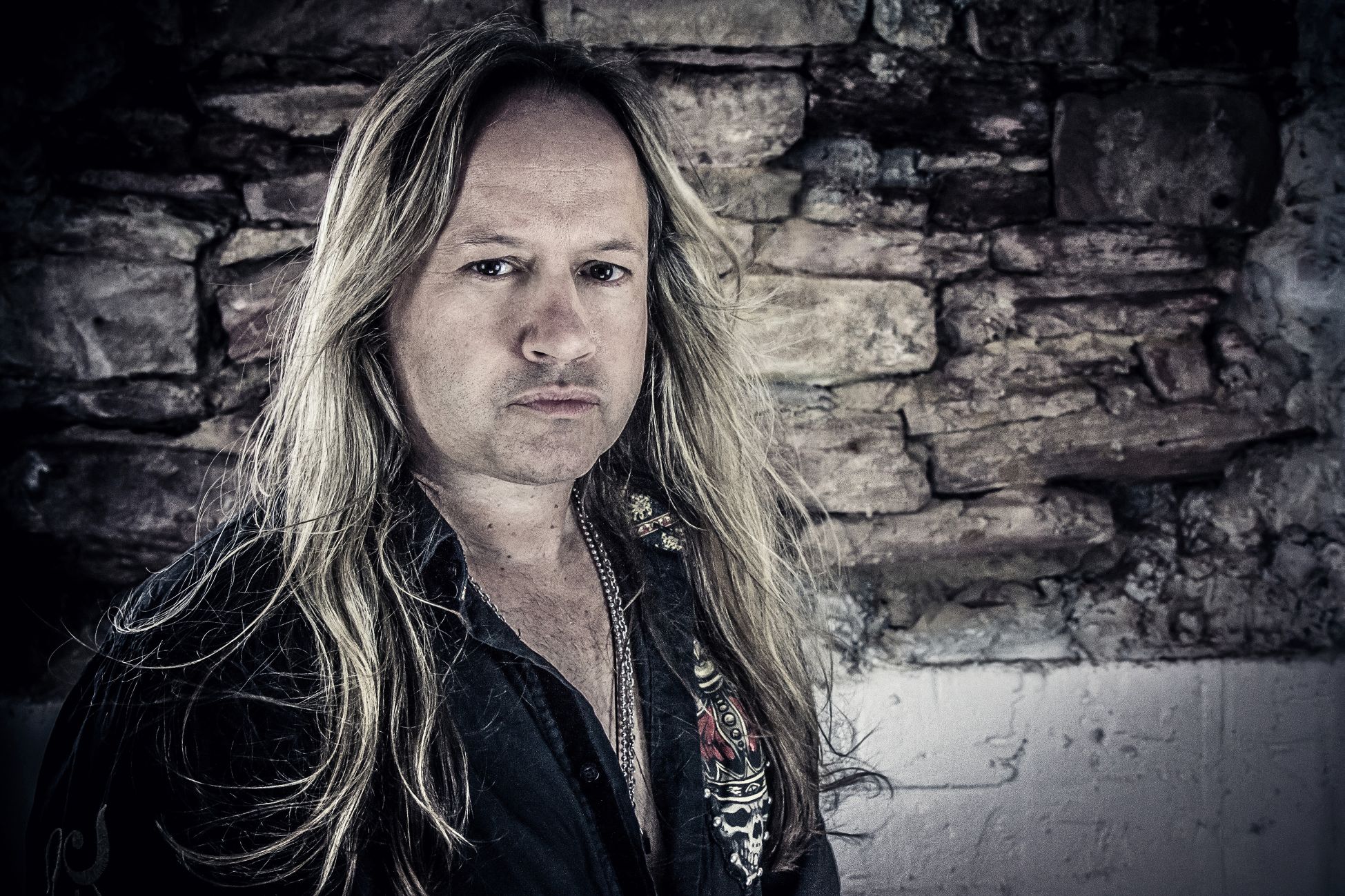 First of all we want to know how he manages to get all these different things done?
,,Very easily. At the end of the day it is generally weekend stuff as far as concerts are concerned. I work best when I am a bit under pressure. If I got half a year to work on a record, that’s not gonna work. I usually start a week and a half before to prepare because that’s how it works best for me. We were recording the Pink Cream record and 2 weeks later I was doing the Almanac record. We have demo’s of course and it is really putting headphones on and listening to the stuff a lot. Tank has no new record but I had to learn a whole new set of 15 songs which, as you get older, is a monster. We will make a new record this year so yes, it is a lot but that’s how I like it.’’

How different are all these bands for you vocal wise?
,,Very different. The Tank stuff because most of it is in the bariton range and I am a tenor so that’s easy to sing. The ZP stuff on the last record is quite high so that is challenging sometimes. With Almanac it is not really high so not really challenging but more aggressive and with more attitude. Obviously, where Pink Cream is concerned, the records that I sing on are not that difficult. We did play the hits of the first three albums when Andi Deris was singing. He was 26 when he sang those songs and I am 47 now so it is in a different range. I realized that when I rehearsed them or at the first few gigs after a break. Then I have a Whitesnake tribute band and I find that honestly the easiest stuff to do of all because it’s totally in my range.’’

Is that the reason you did Voodoo Circle because your voice is pretty much in the Coverdale range?
,,That is a good question. The first Voodoo Circle album was a bit more like Malmsteen. It started as a solo record from guitarist Alex Beyrodt and he actually asked Joe Lynn Turner first. I was his second choice, haha. It has moments of Whitesnake, Coverdale, Purple. The second album evolved more into that direction. It was important to him to write in a style that fitted my voice.’’ 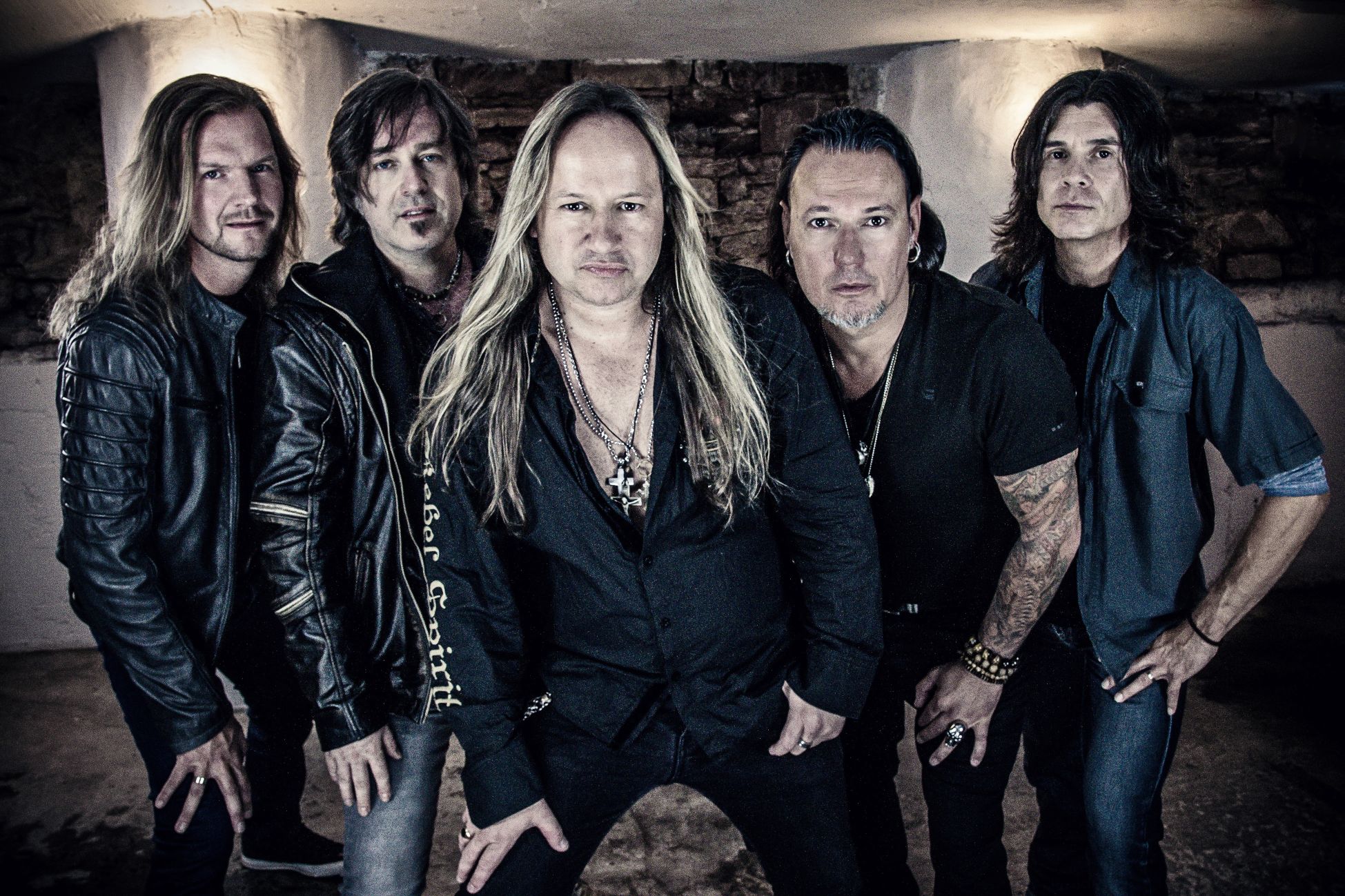 Recently we saw the release of ‘Headstrong’, the 12th album by Pink Cream 69 since you became the singer. Is there still a challenge?
,,Of course. It’s still mainly Dennis Ward, Alfred Koffler and me writing. We all get together, have an A and B list with around 35 songs which we bring down to 11, 12 and record. The last thing recorded is the drums. Obviously there is some sort of rhythm to work with but the drummer can experiment. We’ve done that for the last 2 or 3 records. Once he is finished then it’s bass and mixing by Dennis.’’

Are you responsible for vocal lines and lyrics in all the bands you’re involved with?
,,That depends. In Voodoo Circle I was very involved in all the melodies and the lyrics. Almanac was a tiny bit of melody stuff. When a guitar player has musical ideas it can be a little non vocalist you know. I changed minor bits, the plan always is that I write half the lyrics, and Andy B. Franck the other half, we take turns. With Pink Cream this time I wrote 3 songs, the melodies are mine but all lyrics are by Dennis. He’s great and works fast. It gave direction to the album.’’

,,You have certain lines that you like and that work well.’’-David Readman

How difficult is it to still come up with original vocal lines?
,,Of course it is not easy. At the end of day, like most guitar players have certain riffs, you have certain lines that you like and that work well. In a way that makes it a Pink Cream song. If you analyze it, it is very well possible that you can find it back on earlier albums in some shape or form. For me personally it is not a big deal because it is part of a certain style and sound. For Pink Cream it is important that we have a sound and try not to sound like other bands.’’ 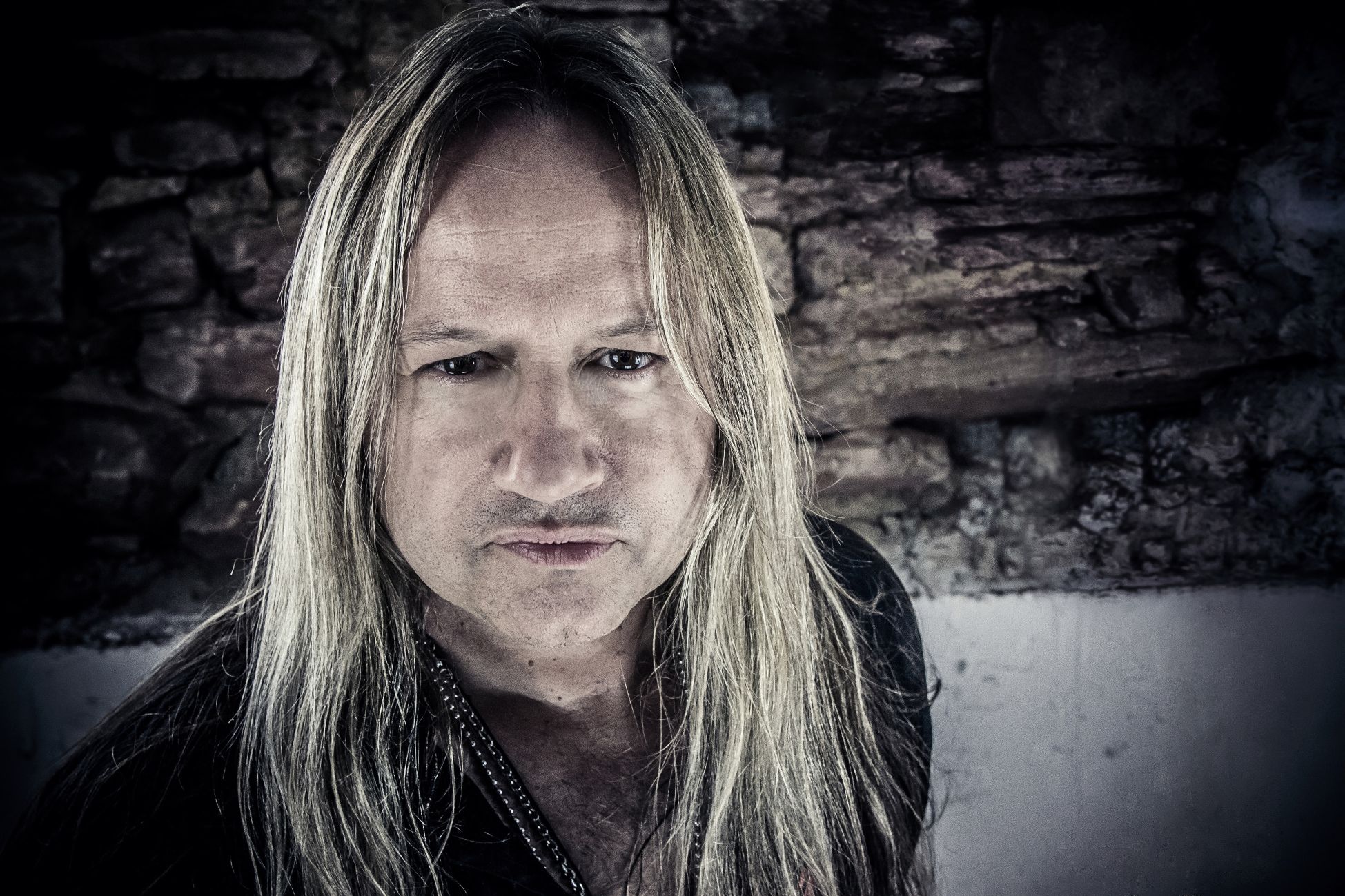 What criteria do you have to join a band?
,,Years ago I looked if a band had a record deal, toured and if there was money involved, so then it was a safe bet. These days it’s different. I joined Tank because the band is around a long time and I like that. They are very easy going people and that is important. It should be fun, who wants to be stressed? So they must be solid, well organized, have a good profile, be a respected band.’’

You sung in Pendulum Of Fortune, a project from drummer Bodo Schopf. How did that happen?
We met through Thomas Blug, a German guitarist who also makes his own amps and boxes. We were doing a Hendrix thing and Bodo was the drummer. He said we should do something and after three or four years he did send me songs and asked if I could work with it. I worked a bit on the melodies and wrote the lyrics, that’s it.’’

‘You suck, carry on with your day job’-David Readman

You are a vocal teacher. Do you give your students tips and tricks to become a singer?
,,Absolutely, I start from the beginning, breathing, working with a diagram, music theory, singing the notes, the usual stuff you learn. I was classically trained and that is the basis of everything. Of course I tell them what it’s like on the road but it generally is about singing correctly and some recording and editing.’’

How do you tell a student if he doesn’t have the talent to become a singer?
,,Well it’s definitely not like on TV where they say ‘you suck, carry on with your day job’. If I would have 25 people it is very possible that half of them are not the best singers in the world. For me it’s always nice to start at the beginning and train them up to become a good singer. Only in one or two occasions I had to say to their mother or father, because they are so young, that it probably was not a good idea to continue because it took so much time on the hearing and they couldn’t hit the note. The parent said the kid liked it so much and wanted to continue so we continued. It came to a point where I couldn’t guide her anymore and I told her to look for an opera teacher and that’s what she did. I remember she ended up singing opera stuff.’’ 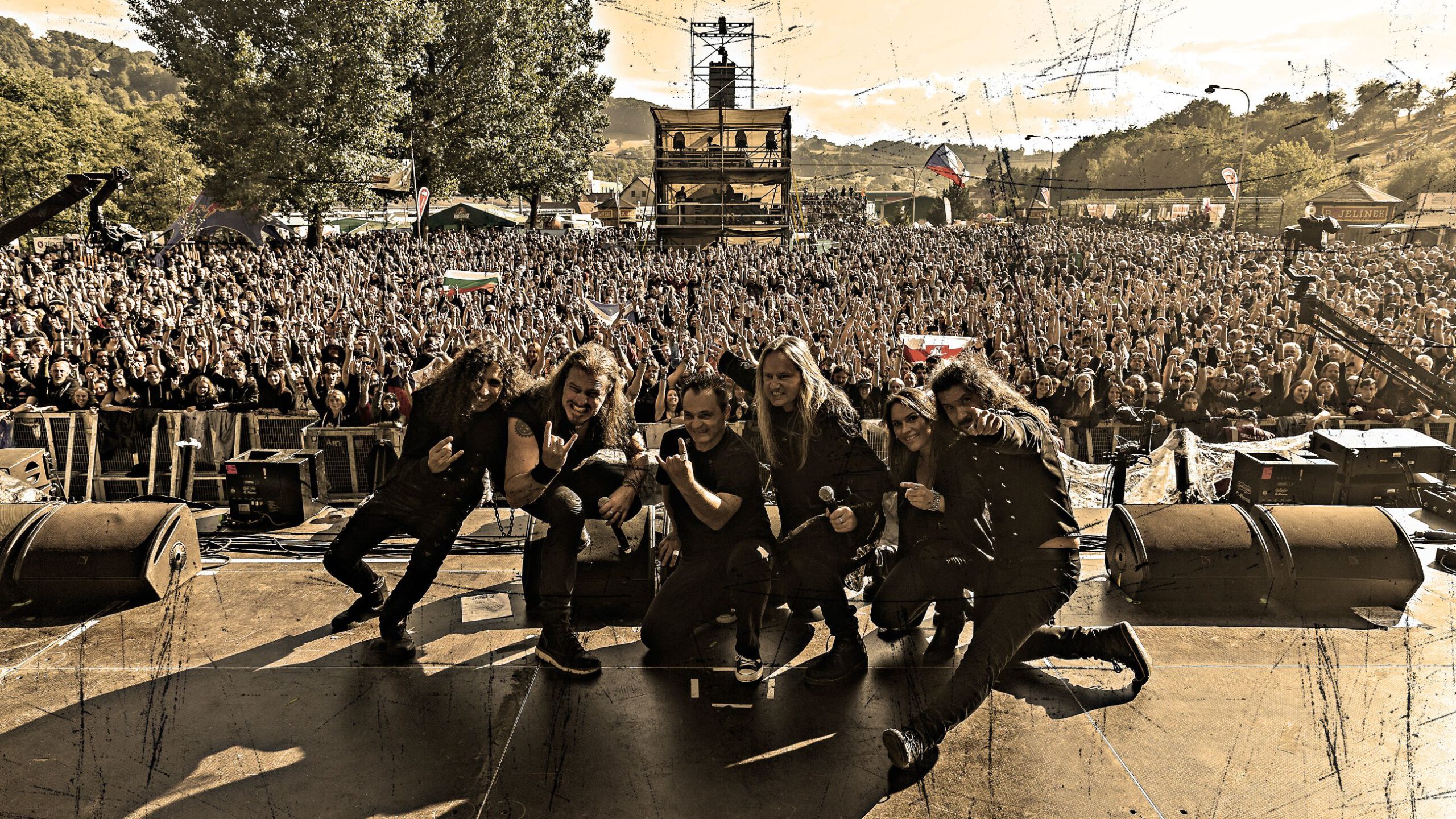 When did you know you wanted to become a singer?
,,In the beginning I played guitar and was singing in the church choir. The only reason I started singing was because nobody else could sing. I was in a band and we auditioned for a singer which we couldn’t find. I realized that you could find a guitar player on every corner but there weren’t that many singers and that’s how it worked.’’

What is your secret to keep your voice in shape?
,,Always be singing. Singing correctly, breathing correctly, not over singing. Not go on stage and give it all in the first song. It’s all about dynamics. I have a box at home, I go in there and sing in a box, I also record there.’’

Can you live without singing?
,,Absolutely, if I am busy teaching, recording or playing live every weekend there’s definitely 2 or 3 days where I don’t sing a note. A nice break is always good.’’

,,It will be a great year.”-David Readman

What would you advice to a kid who wants to become a professional musician?
,,I would say that it’s a long road. Some kids have amazing talent at 15/16. It’s about believe, don’t lose the faith. It bit me 30 years ago and I am still here. You should not give up but it is nice to have a plan B, especially nowadays. It’s a great thing to make music with others, the chemistry, there is nothing quite like it, becoming the best in what you do.’’

What are the plans for this year?
,,I’m looking forward to the tour with Pretty Maids from the 15th until the 31st of March. We have a great new record out that put us back on the map again. But first, in February, we will be on the Monsters of Rock Cruise which is amazing. I have enough to do with Tank and Almanac as well. So it will be a great year.’’ 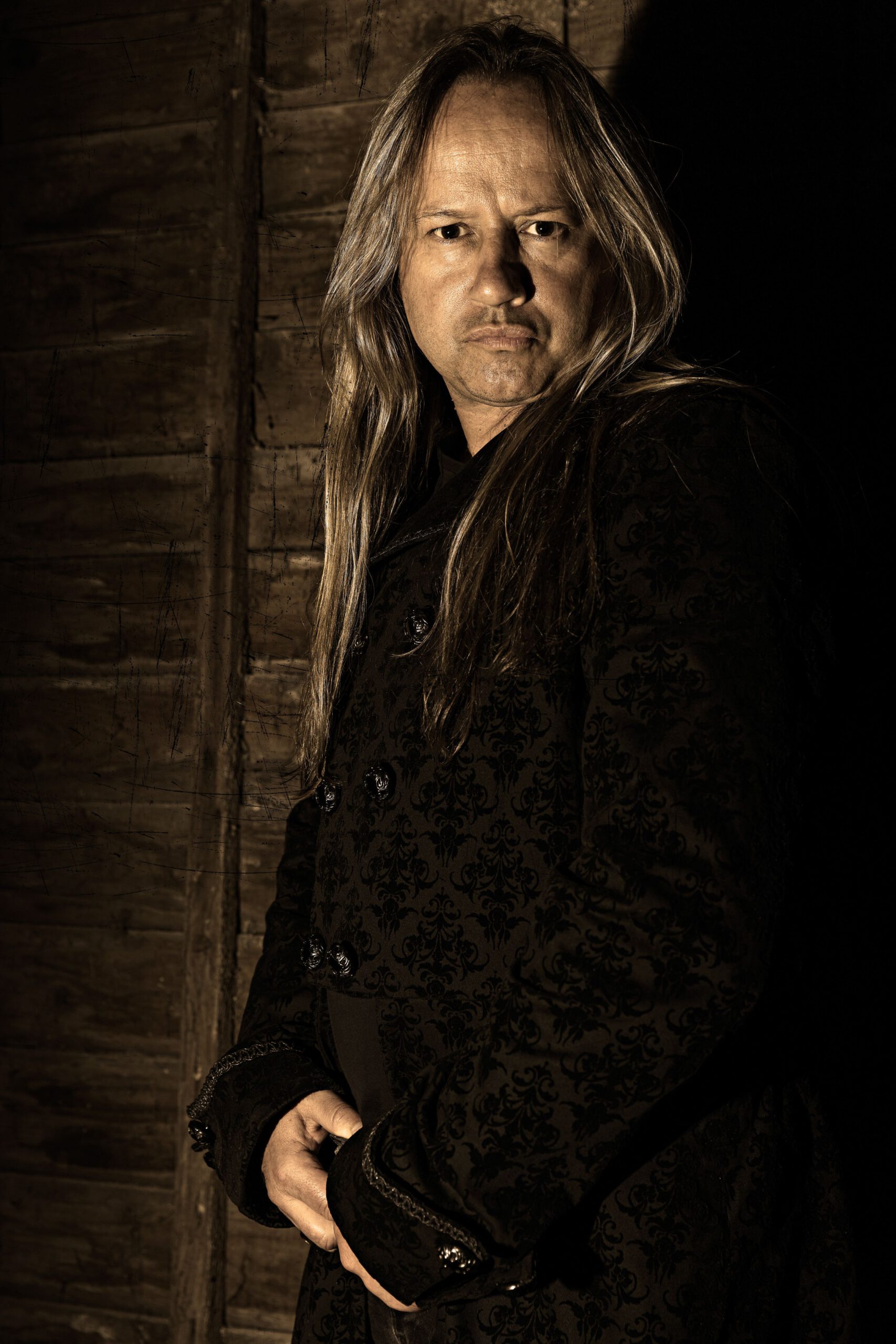 Is it still easy for Pink Cream to get tours?
,,It changed but that’s mainly our own fault. We took too many breaks but we still have a name, we draw people, it’s all good and worked out great last time. There are so many things to consider, the merchandise, where to go, where can you still make money. It’s all a bit of a lottery.’’

And you go to places you’ve haven’t been before like Russia with Almanac.
,,Absolutely. I love it. I haven’t been to many places without doing music. Brazil, Japan, America, most of Europe, Scandinavia and now Russia it’s always musically connected; and that’s a great thing.’’
—