Somewhere in the year 2003 the German power metal band Powerwolf sneaked through the backdoor of the metal scene and since then worked hard to make a name for themselves. Which wasn’t easy since the 5-piece wolf pack wore make-up like black metal bands do, which seemed confusing for their potential audience. Powerwolf kept spreading their tales about wolfs and vampires both on stage and by releasing 6 studio albums so far. It paid off because at this point Powerwolf is touring the world, having success and recently released their first live DVD/Blu-ray `The Metal Mass-Live’, which contains almost 7 hours of material and already made it to the top 4 in Germany. HeadBangers LifeStyle spoke with guitarist Matthew Greywolf and keyboard player Falk Maria Schlegel about their celebration of metal. 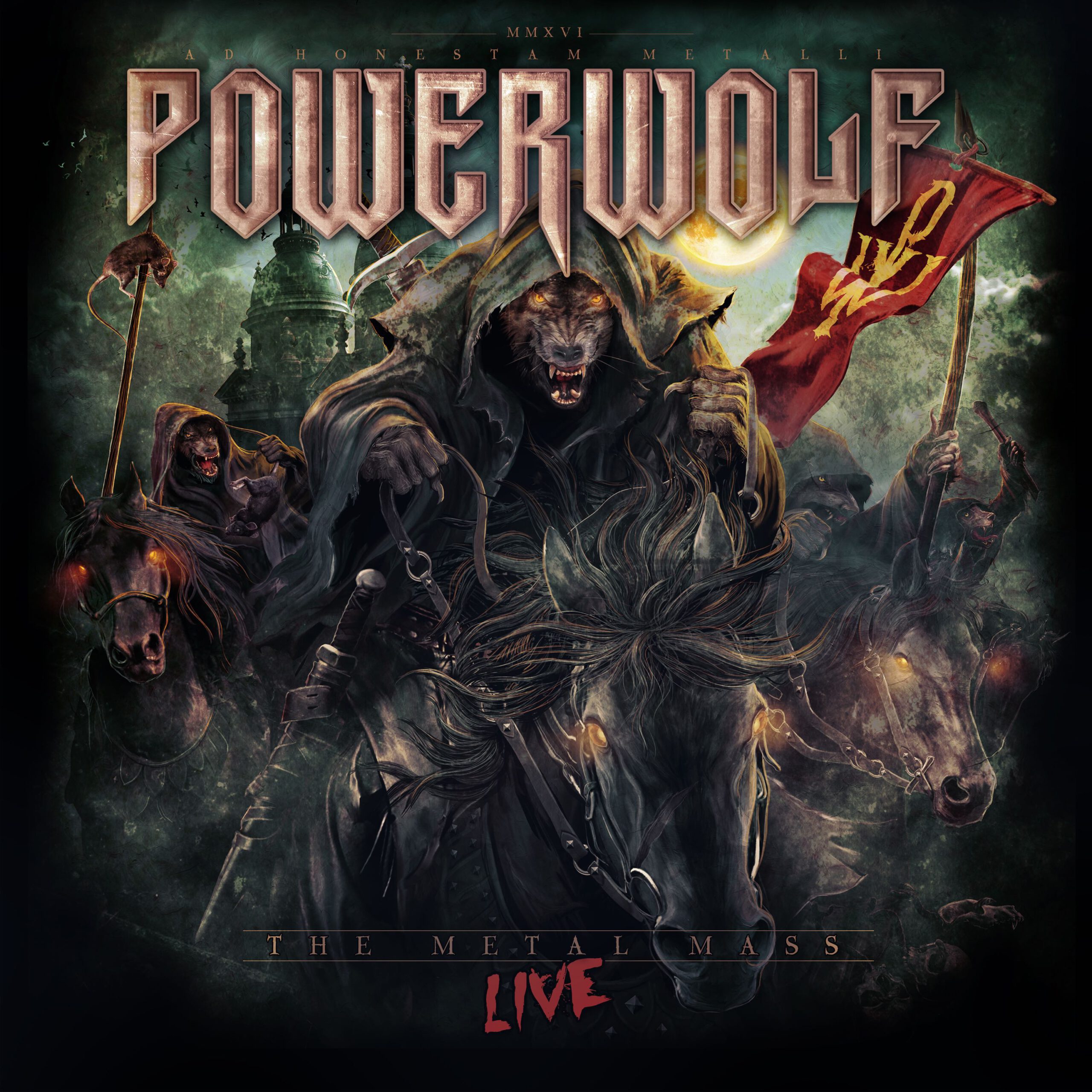 What is the occasion to record and release a live DVD/Blu-ray?
M.: ,,Well, we are around as a band for about 13 years now and we already celebrated the tenth birthday of the band. We just felt this was the right time to think about releasing a live DVD. But also fans have been asking us for many years to come up with a live release. It was just about the right timing and at a certain point we thought `let’s go for it’!’’

Did you have a certain plan for these live-recordings?
F.: ,,We decided to record our show at the Masters Of Rock festival in the Czech Republic, because we got the headlining slot. After that we decided to record our show at the Summer Breeze Festival as well.’’
M.: ,,We also spontaneously decided to add a regular tour show to this DVD, because both festivals were outdoors and an indoor club show has a total different atmosphere. So we ended up editing 3 complete shows and therefor this DVD offers variety and different vibes of a live show of Powerwolf.’’

There are also 2 documentaries on this DVD. Do we get to see all the greasy, dirty behind the scene details of the band?
M: ,,The dirtiest actually (laughing). Falk, you are counting the hair on your chest (laughing).’’
F.: ,,Ah shut up (laughing)! No, it shows actually the history of Powerwolf. For instance when we were in Iceland for the first time. Wow, really we did so many things the last 13 years. It is quite unique for us and I think the first documentary shows Powerwolf more private than normal. The other documentary is about the Summer Breeze Festival again, in which you see the backstage area and everything what the band is doing behind the scenes. It really gives you a good insight of what Powerwolf has been doing the last years. This documentary had its premiere in the cinema in Germany actually.’’ 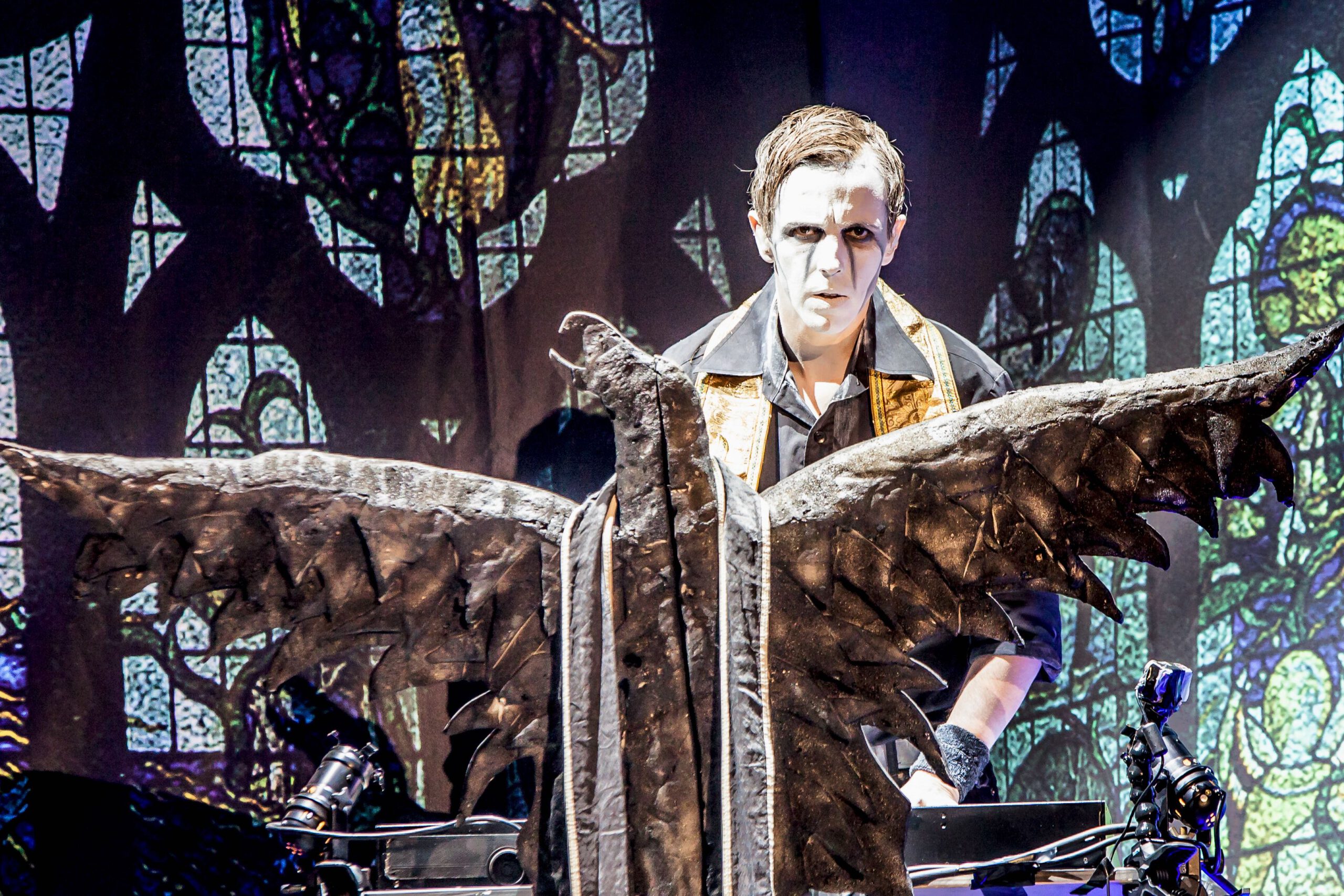 So no real dirty rock ‘n roll details here?
M.: ,,We wanted to focus on showing the human being behind the wolfs, because I think there are more than enough DVD’s which are documenting the rock ‘n roll style and all the greasy stuff. For example we conclude at the end of our DVD that friendship is the most important thing for us in those last 13 years that Powerwolf has been around. Not the success and not even the music, it is definitely our friendship. So therefor this is more like a serious documentary, showing what is behind the band and behind the make-up.’’

How much metal madness is a live show of Powerwolf?
F.: ,,We even call it possession. We are possessed celebrating the live show and we call it the metal mass and celebrate metal as a religion without these clichés. It is more than playing music on stage. For me especially it is pure adrenaline to go on stage and have the interaction with the audience. It is addictive. Writing and recording songs is not my favourite part of this band life. What I love most is being on stage and going on tour. It is like a vampire that needs the blood indeed!’’ 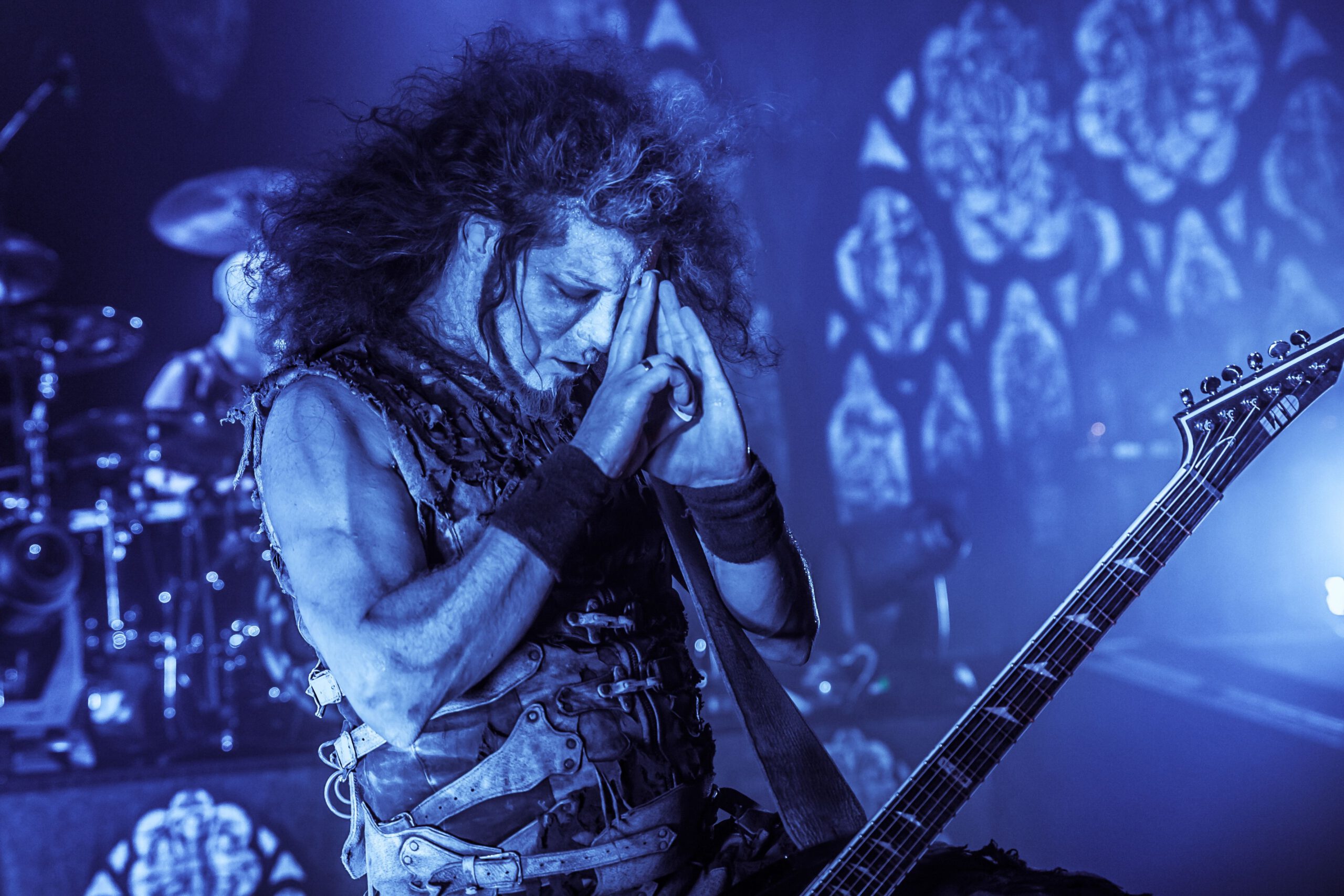 What makes Powerwolf so popular and successful?
M: ,,First of all I think because of the albums we released. If they were crap they wouldn’t have done much. But there is more than just writing good albums. You have to be a good live band too and we constantly gathered more audience with each tour we did. I wouldn’t say the whole visual image of the band is the key to success because during the early years our image was more of a burden than something that helped us. We are using make-up and also thousand of black metal bands are using make-up so it is definitely not something you can stand out with. It was rather like we were a heavy metal, power metal, melodic metal band that used make-up and a lot of people were totally confused about what we were doing. So it was very hard, and it really took us a couple of years to convince the power metal audience that we play decent music, even though we might look to them like some black metal band. The image is something we do just for ourselves in a way. It is not to catch attention but it belongs to the total concept of Powerwolf. If I go to a concert I want to be taken on a journey. Like Falk is saying, I want to be entertained. And to me it means it is just more than going on stage and just play your music. A band like Iron Maiden has delivered great live shows and entertainment for decades. That is how I got into heavy metal in the first place.’’
F.: ,,Yeah absolutely, and now we want to give back a little bit with Powerwolf. You can’t plan having success but of course we were hoping for it.’’

Did you find your Wolf identity by being part of this band?
M: ,,The role we embody on stage is a part of ourselves but which we can’t unleash outside of the stage. That would definitely very, very strange (laughing). I would say that each of us kind of found part of himself in who we are on stage. If we were just acting the whole thing the audience would definitely notice that and Powerwolf on stage wouldn’t work at all.’’
F.: ,,In private I am a shy and kind person and some people hardly recognize me when I am on stage (laughing).’’

What do you want to say to your fan pack of wolves?
F.: ,,Stay blessed and possessed with Powerwolf!’’