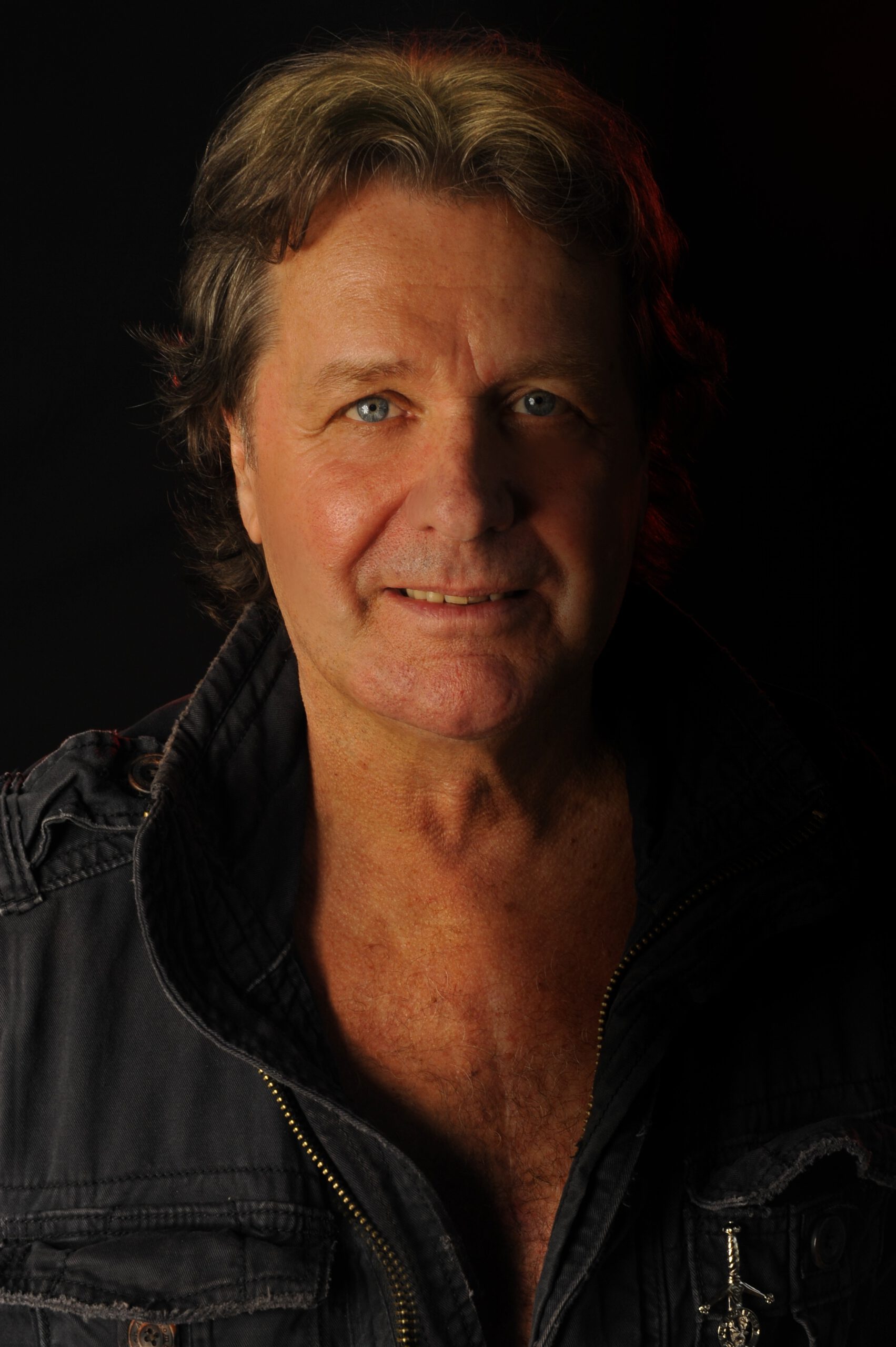 The statement on John Wetton’s website says it all: ‘Rock music legend John Wetton sadly passed away in the early hours of this morning, Tuesday 31st January 2017, after a long and courageous battle against colon cancer.’ In September 2011 I had the privilege of having a long talk with him because of the release of his sixth and final solo studio album ‘Raised In Captivity’. Part of the interview was published in Dutch rock & metal magazine Aardschok. As a tribute to Wetton I decided to translate the interview because I think it is still relevant and sums up very well what the man stood for. 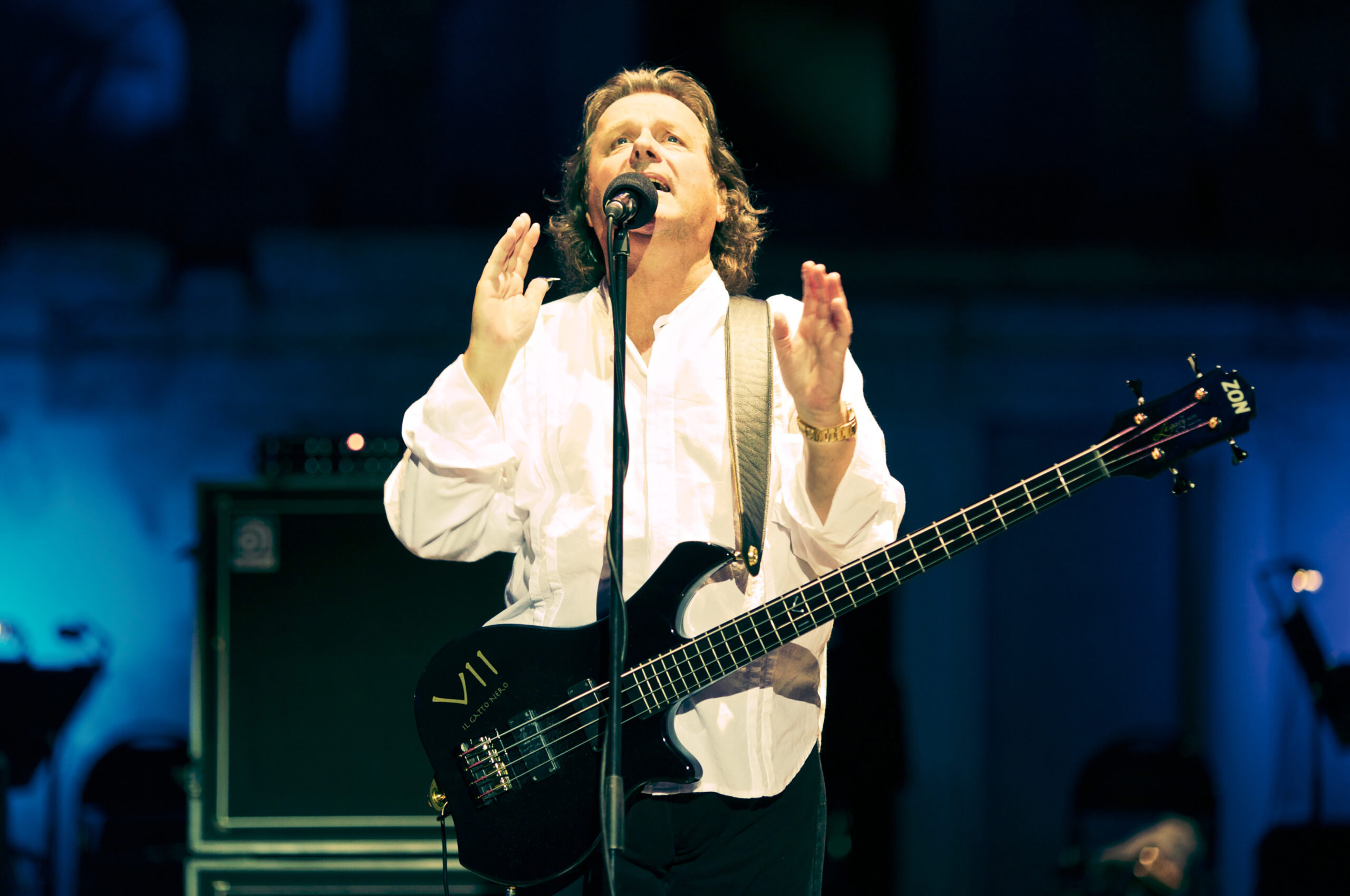 John Wetton is an absolute icon in the progscene. Starting with King Crimson between 1972-1974, in 1975 making a side step to hard rock with Uriah Heep, then co-founded UK in 1978; followed in 1982 by Asia. Besides that he is a very welcome guest on CD’s by fellow musicians. He undergoes a triple bypass operation in 2007 and carpal tunnel syndrome left his right hand without feeling. Playing the bass is only possible by patching a pick to his finger. However, all this is no reason for the man to back down. A conversation with an amiable, very friendly musician, and a captivating storyteller.

He is just at home for a short stay when I call the man because in spite of his physical setbacks John Wetton is unstoppable; and the 62 years old musician has already packed his case for a trip to Madrid. Reason for the interview is the CD ‘Raised In Captivity’, his sixth solo album on which he gets help from some big names in prog history. According to Wetton, the reason for his new solo album is simple after which he, in short, also talks about his youth.
,,My manager asked me to record a new album for the last five years and now I had the time to do so. It was also something I had to finish. When I recorded ‘Battlelines’ in California in 1991, the original title was ‘Raised In Captivity’. I had to change that because somebody heard of that idea and used it as title of his article so I couldn’t use it anymore. However, I still had the title and the framework of the song, based on my youth. I grew up in Derby, right after the war where it was still very Victorian and it was common as a punishment that they beat you at school. It was a closed community and they kept a tight rein. Suddenly, in the sixties everything was possible and allowed. You had free love, hippies, freedom and happiness, so it was a confusing time for me. The end of the sixties was also the golden era of music. In London in one week you could go to King Crimson, Jethro Tull and Pink Floyd, all for the price of one beer.’’ 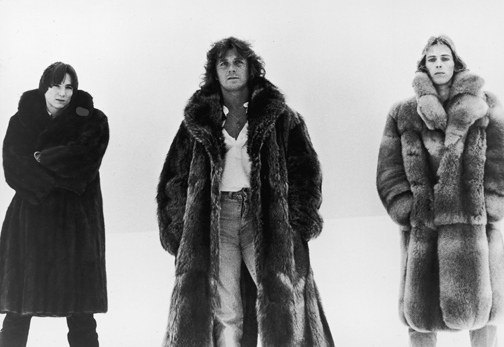 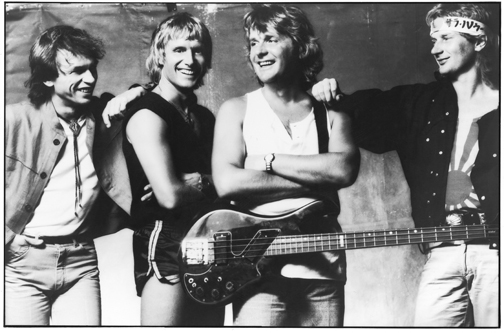 All Wetton’s lyrics are auto biographical.
,,Yes, and if not about myself it’s about people I know. The first one I heard sing about herself without shame was Joni Mitchell. In my opinion that was not done but I was fascinated by it. Around 1973 my opinion changed and I thought it was okay to sing in the first person. It is very difficult because it is getting personal but the nicest compliment you can get is that people recognize experiences and feelings.’’
Since 2008 Wetton released two albums with Asia, one with Icon and now his solo album. In between he toured with UK and Asia so he had a busy schedule.
,,Yes, and on my days off on the Asia tour I took part in the School Of Rock project in Philadelphia. After my triple bypass operation four years ago I told my management that the doctor told me to go back to work again. You don’t undergo an operation like that to do nothing but you do things and enjoy life to the fullest. My manager took it a bit too literally and booked my agenda completely full over the last four years. So when I came home a month ago, after the Asia tour, I was completely pooped but now the mist starts rising again and I am carefully thinking about some shows to promote this album.’’ ‘Raised In Captivity’ came about pretty easy.
,,,,New Star Rising’’ originally is from 1980 but I never finished it. I offered it to Wishbone Ash back then but they didn’t like anything I did, haha. When I left to America I had seven more or less finished ideas and one completed song, ,,Mighty Rivers”, the duet with Anneke van Giersbergen. It was planned to be a bonus track but it worked out so good it deserved a spot on the regular CD. Now I have recorded three duets with her and never seen her, only spoken on the phone and through the Internet. The advantages of modern technology. You sent some files back and forth and that’s it. That is how I met producer Billy Sherwood as well. He produces many tribute CD’s for Cleopatra Records in California on which I participate. By the way, the money I get for that I donate to various charities because it is so easy I don’t even regard it as work. It’s just fun to play songs by The Beatles or ,,Bohemian Rhapsody’’ by Queen. That last one landed on William Shatner’s latest album which makes me a super star in the eyes of my thirteen year old son. I work hard all my life and he is not impressed but one song ends up on Shatner’s record and suddenly I’m super cool, haha. Anyway, Billy works very fast and efficient but the reason I wanted to record outside of England was that I didn’t feel challenged. It was too comfortable. When I sit behind my piano I usually end up writing ballads and that’s not what people are waiting for. In California the moment you wake up you are stimulated which gives energy.’’
Wetton brought in a guest musician in every song on the album. Something he planned before.
,,Yes, and I already knew who I wanted. Only Alan Holdsworth didn’t work out although he said he wanted to and literally lived around the corner but it didn’t happen so last minute, when I was on my way to tour with UK, I asked my bandmate Alex Machacek. The only person I didn’t know was Steve Morse, but Billy knew him so he is the big surprise on ,,Lost For Words’’ and he is amazing. If you didn’t know better you’d think you’re listening to a real band while in reality it’s Billy Sherwood, me and the guest musician. That’s the great thing about modern day technology.’’
‘Raised In Captivity’ starts heavy with ,,Lost For Words’’ and ends with the beautiful orchestrated duet ,,Mighty Rivers’’ and in between you can hear all the different styles Wetton worked with in his career.
,,Yes, but that’s not so different from what I did on my other solo albums. My influences come from church music. I am fascinated by the relation between bass and melody lines within a chord scheme. When I sing I am looking for a parallel or contrasting bass line. Johan Sebastian Bach was a master in this and if you’re talking about the rock context you should listen to Jack Bruce. The way he does it is sublime and he influenced me. Paul McCartney does the same, as does Brian Wilson. I didn’t want to play basic chords as a singer / bass player, I wanted to add something. I do that on every solo album because then I don’t have any limitations but you can also hear it in Asia and a bit more modest with Icon.’’ 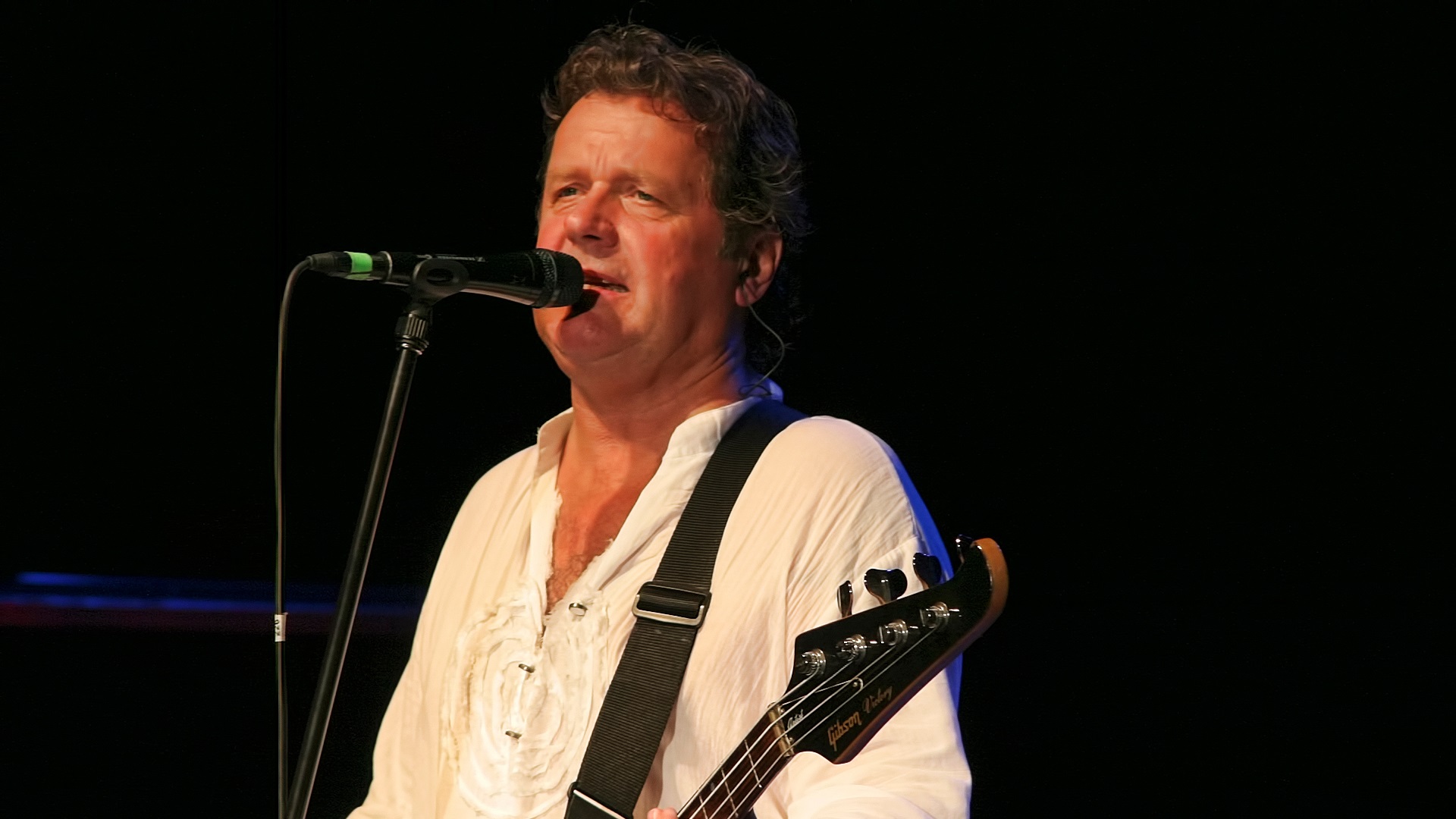 John Wetton evolved from bass player to all-round singer and song writer.
,,It was always there, but I had to learn it, it didn’t come easy. At the end of the seventies I had a clear idea but it wasn’t until Asia that all the pieces fell into place. People see me as a bass player first and a singer second but in fact it’s the other way around. Now I’ve developed carpal tunnel syndrome and despite some operations I have to go back to simple basic bass parts because I don’t have any feeling in my right hand. That sets me back so I am concentrating on singing now which is hard. In Asia the bass parts are not that important so that’s fine but not comfortable because I have to glue the pick to my right thumb to be able to play, which is terrible.’’
Despite his physical problems Wetton is a happy man.
,,The music scene has changed. For me, something is a success when something I made is appreciated enough so I can make another album. This has nothing to do with chart success or massive sales. As long as I receive enough satisfied reactions and see enough happy faces when I’m touring, then I’m happy. The biggest success you can have is give people a good time and that’s what I’m still trying. If you’d asked me a month ago if I would tour again, the answer would have been NO, but now I’m sitting at home and it starts to tickle again. It’s not difficult to gather a band around you and tour again and it is very well possible that it will happen again later this year, haha.’’
—
Header photo John Wetton by Mike Inns