SATYRICON IS NOT ABOUT OLD HITS 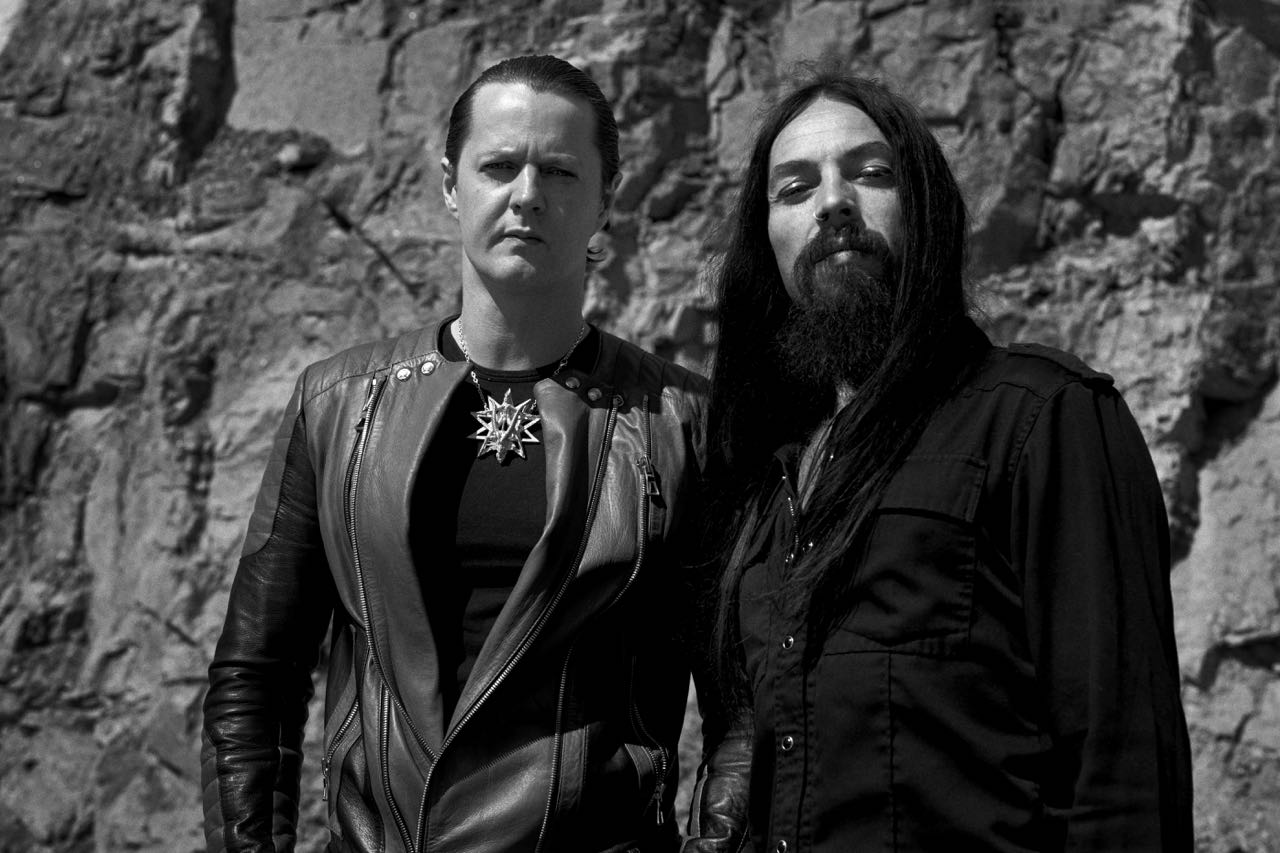 SATYRICON IS NOT ABOUT OLD HITS

It Is About Here And Now (Frost, drummer)

In the early nineties and following in the footsteps of black metal pioneers Bathory, Venom, Mayhem and Burzum, Norwegian black metal band Satyricon marks its own musical territory and tests the borders of the genre ever since. Satyricon is actually a duo that is centred around singer, guitarist, keyboard player Sigurd Wongraven, also known as Satyr, and drummer Kjetil-Vidar Haraldstad, also known as Frost. Satyricon released eight albums on their own terms so far and over the years they left an important mark on the evolution of the black metal genre, especially with their urge for pushing boundaries. Satyricon is never in a hurry and therefor it took the illustrious duo four years, after the latest release `Satyricon’, to come up with a new studio album, called `Deep Calleth Upon Deep’. HeadBangers LifeStyle got the opportunity to call drummer Frost to talk about their latest masterpiece and the deeper meaning of it. 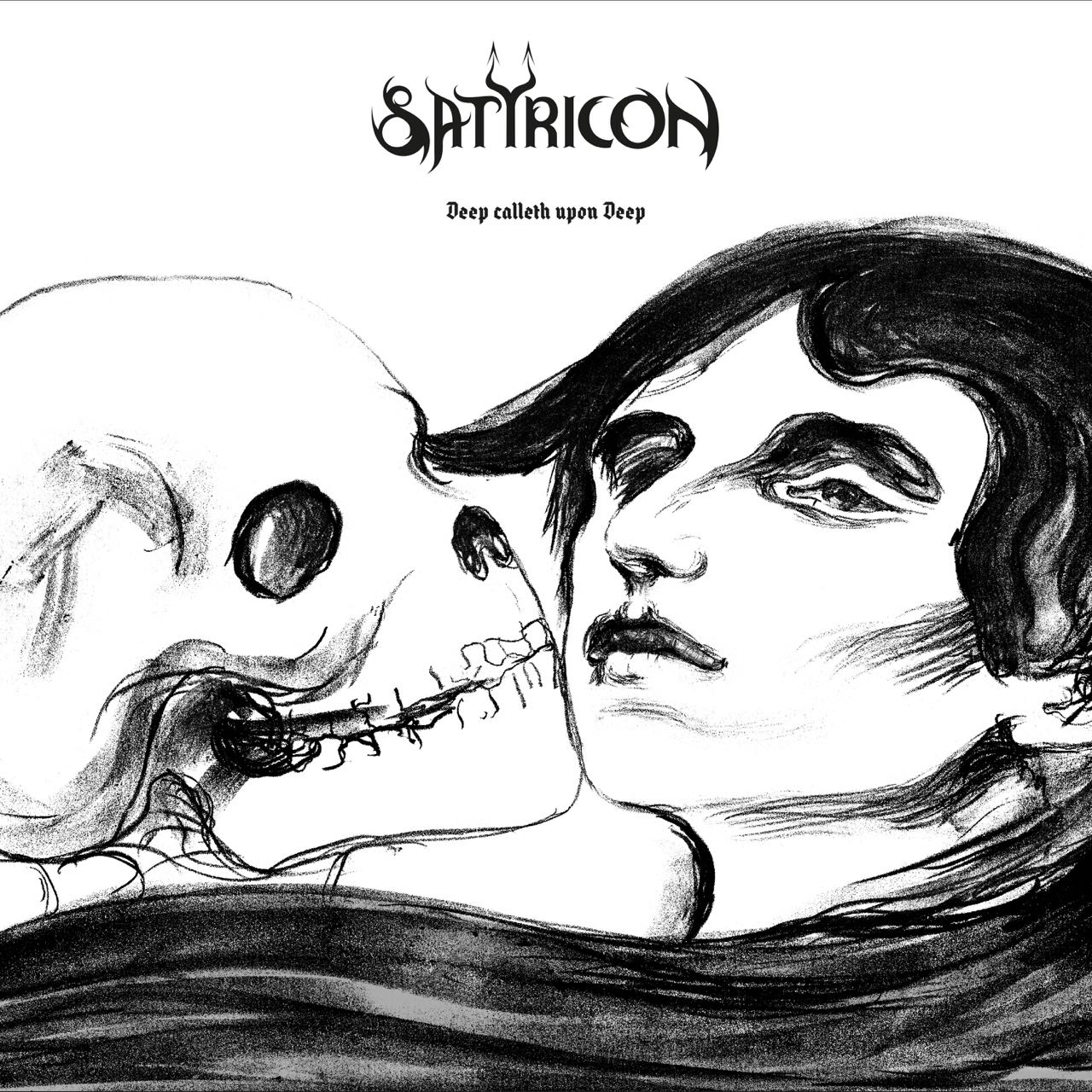 How do you feel about doing promotion after a creative process of writing and recording an album? Is talking to journalists a necessary evil?
,,No not at all. I always feel this is part of the work you do for an album as a musician. We like to support something that we are proud of and we want to bring that message out. So as long as you guys want to find out what we are doing, that’s all fine.’’

Do you want to make a certain statement with the `Deep Calleth Upon Deep’?
,,Actually, I think it is far beyond any kind of statement and that would be to make it a bit simple I suppose. With this album we wanted to create a very great piece of art, an album that could excite ourselves as well as our fans. We’d love to do something that was exceeding anything we have done so far. We wanted to explore a new musical territory and make the listener all part of our illusion, but it is really on a ground scale this time. We sat out for something that was pretty ambitious with this album. I can honestly say we are very happy with what we have created.’’

,,This is the best album we have ever done’’, is what we hear a lot from bands when they are doing promotion. Do you feel the same about your new CD?
,,Yes and I can honestly say that! If I couldn’t say that than it means the heart has just given up, right? It is in our nature to create, to evolve and to get better. Satyricon is not that kind of band that releases an album every year or every second year because we are bound by a contract or something. We only release an album when we have something to offer according to our standards. Whenever we put an album out it is like: `this is what we can do now’. But I honestly feel that Satyricon has more to offer on this new album than we have displayed before.’’

,,There is a deeper darkness in this album than any other Satyricon album has, that is for sure.’’-Frost 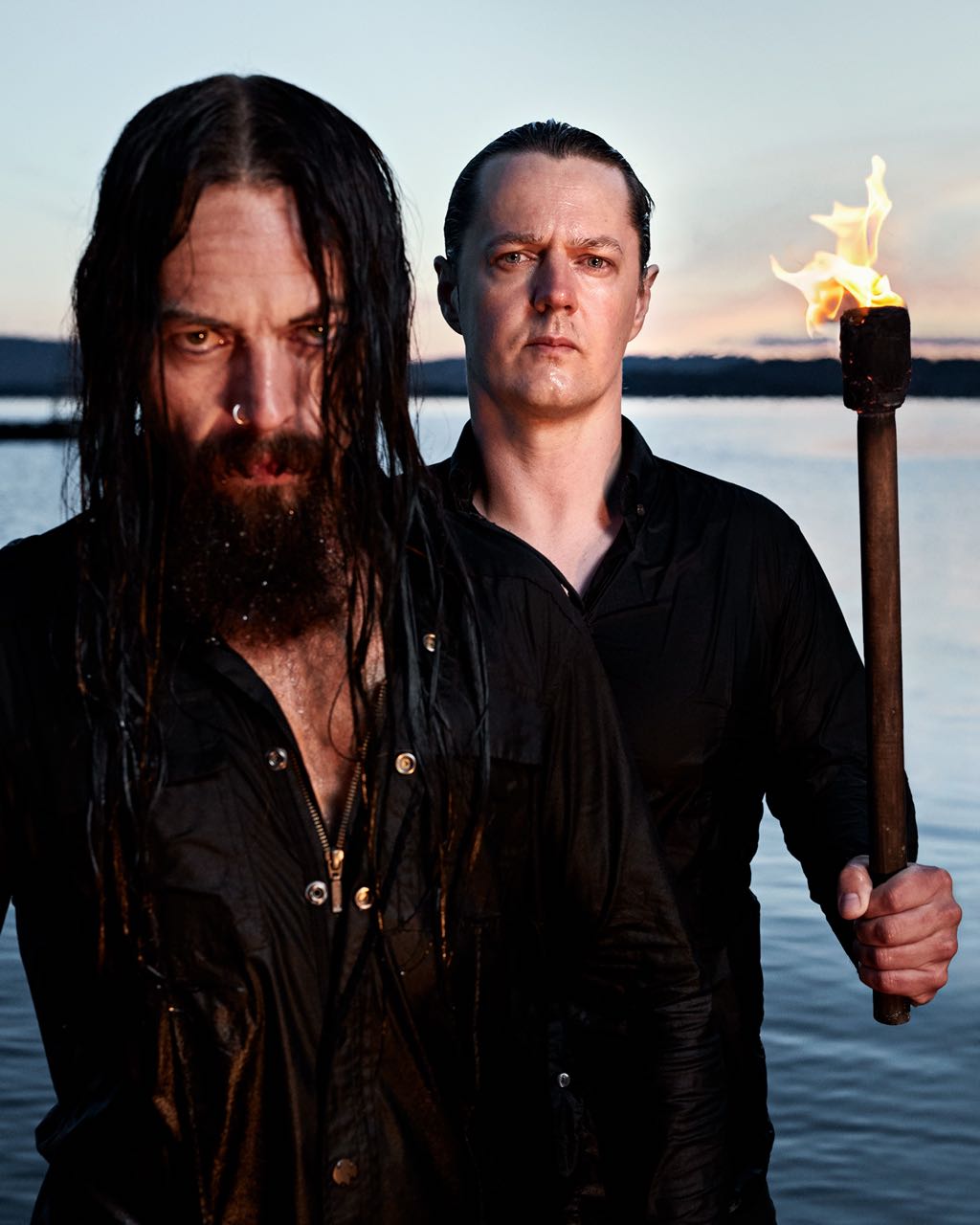 On what journey do you want to take the listener with `Deep Calleth Upon Deep’?
,,This album is a journey for sure anyway. I guess if the listener feels that he or she truly has been on a journey instead of listening to the album, than we have achieved something already, which is really fine. The album title comes from the deepness or the depths of our minds that communicates through the depths of the listeners. And that is how we want listeners to experience this album. As something that moves them on a very deep level, that probably takes lots of attention and it takes several listens. But those who are willing to take that journey where they let go everything else and let the album just take them wherever the album goes, I guess that those will have a very, very rewarding experience. That is how I like to have listeners experience this album.’’

Is it a dark adventure or does the album capture also a light and positive feeling as well?
,,There is a deeper darkness in this album than any other Satyricon album has, that is for sure. There is something more sinister and something more real in a way. But there are some little lighter sides to it as well. In terms of atmospheres and energies, this album displays a very, very rich world. The journey is going through highs and lows and much different kind of landscapes, but there is always something very vivid and clear about it all. Perhaps that is the one quality of this album that comes trough with clarity, power and conviction. The album cover speaks for itself. It is a fantastic piece of art, very express full and it tells so much more than I can do with simple words here. The album cover is like the album itself. It somehow seems a little simple and direct but when you get into it you feel it is very, very deep and express full. Just beautiful!’’

What is your most memorable moment of the making of the album?
,,One moment? Oh that’s very hard to say [laughing]. It has been very tough actually, you know. I mean this whole process has taken a lot of effort and we devoted ourselves to this. In every way we have given it all in terms of our entail passions. It has been physical and spiritual. We have hold nothing back so it is more than the process itself, it is the entirety of it. That we have been fighting to bring everything into the album by being completely open and letting go of limitations, benches and expectations. But the part of opening up and letting go during the whole process is the one thing that really stands out for me.
The same goes for the recording sessions, to connect with the spirit and vibe of each individual song and to maintain that throughout the recording of each individual song. That was actually quit demonic because it hasn’t happened that way before, something we haven’t been able to do musically on our other albums. But this time the songs required us to do so.’’

,,When we are not working as a band we sometimes hang out together but we are not the best buddies to be honest.’’-Frost 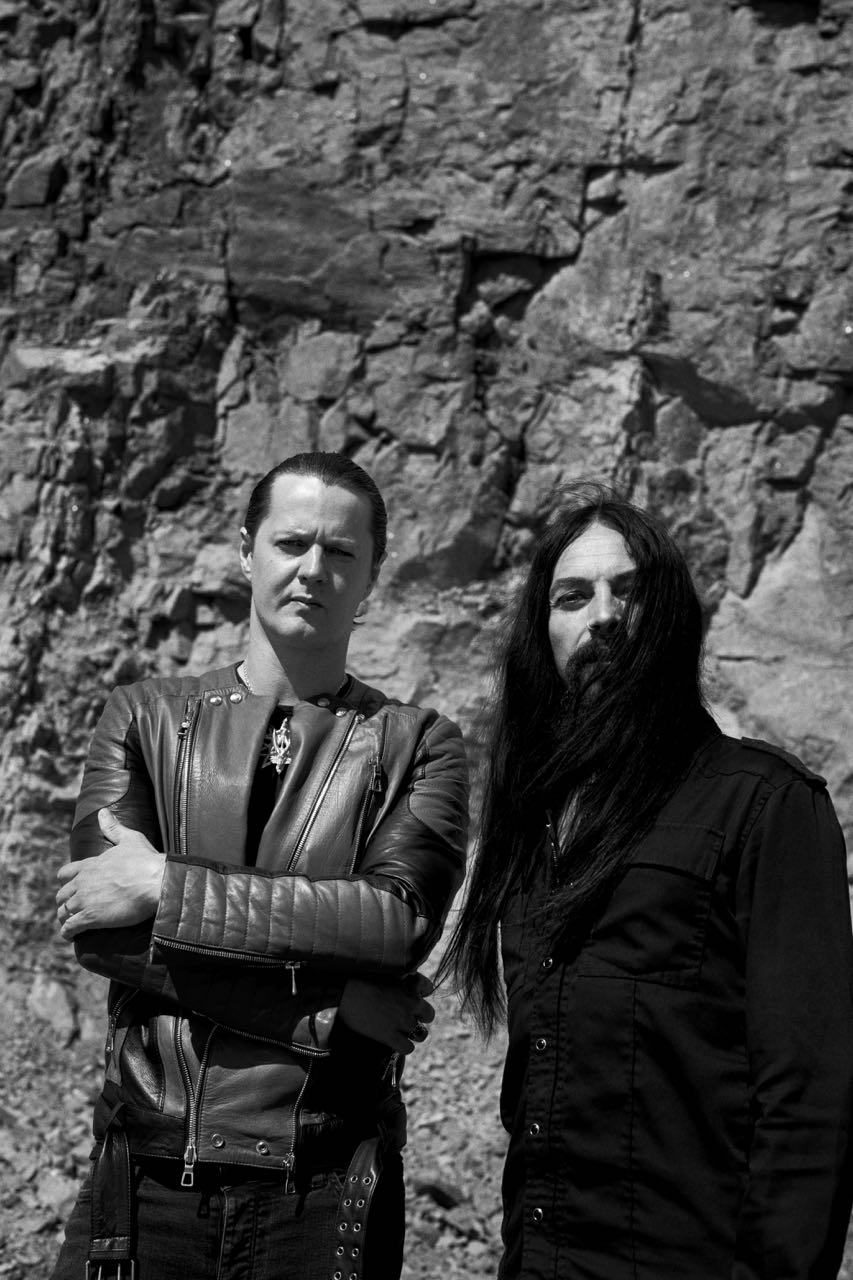 What do you appreciate the most when you work with Satyr?
,,His clear visions and his ability to see deeper meanings. While the rest of the band hears a guitar line, he gives a description what that guitar line is about. He composes music like a diligent classical composer and with a lot of context. I am being led by his fantastic and very vivid visions of what I can do and what it’s going to communicate. I also have great respect for him as a leader. Everything that he set out to do is required, he does what he says no matter what the costs are.’’

Do you have any idea what Satyr appreciates about working with you?
,,Probably that I am willing to put a lot of effort into his ideas and that I am devoted too.’’

After working so many years together, what keeps the motor running?
,,[Laughing]. There will necessarily be some friction but sometimes friction can also be a good thing because it can be a dynamic input. Something that brings things forward, even if it can be a little hard in the moment. When we are not working as a band we sometimes hang out together but we are not the best buddies to be honest. I think that would have been quite destructive to the dynamics of the band and how we function as a band. If you are to be best buddies that would somehow make it very difficult to maintain that level of discipline that we have and I think sometimes you even need that bit of tension. I think it is better that we have deep respect for each other as colleagues and that we sometimes can tap into the friendly side of it.’’

,,I hope people remember us as a band that has created something on its own.’’-Frost

What can fans expect of the upcoming shows?
,,They can expect the Satyricon that is fully inspired and more motivated than ever. Touring with an album like this, the shows are going to be magical, electric and spiritual. Of course we will play a few classics because we’ll never forget about our history but Satyricon is not about the old hits but about the here and now. We have a new album that is better than anything we have ever done in our opinion so it leaves a strong mark on our upcoming shows, which is for the better I guess.’’

What do you consider as the biggest achievement of Satyricon so far in its career?
,,That is `Deep Calleth Upon Deep’’’.

When the time comes and Satyricon is no longer, how would you like to be remembered as a band and personally as a musician?
,,As for Satyricon itself I hope people remember us as a band that has created something on its own. That we spearhead our musical genre and that we brought it forward and that we kept it alive with our contributions. As a musician I hope they see me as a drummer who contributed to make that possible.’’

What is your advise to young musicians?
,,Experience has told me that understanding your own prevision or your own role as part of a band, and not try to take all focus yourself all the time, is an important lesson. It took me a long time to understand that and the importance and consequences of it. Another thing is if you don’t find your own expression and your own musical angle, you can never be anything better than a copy of someone who already has done something better than you ever achieved. So find your own way, find your own expression of doing things. That’s the only way of making it, isn’t it?’’
—
Photo credit: Marius Viken