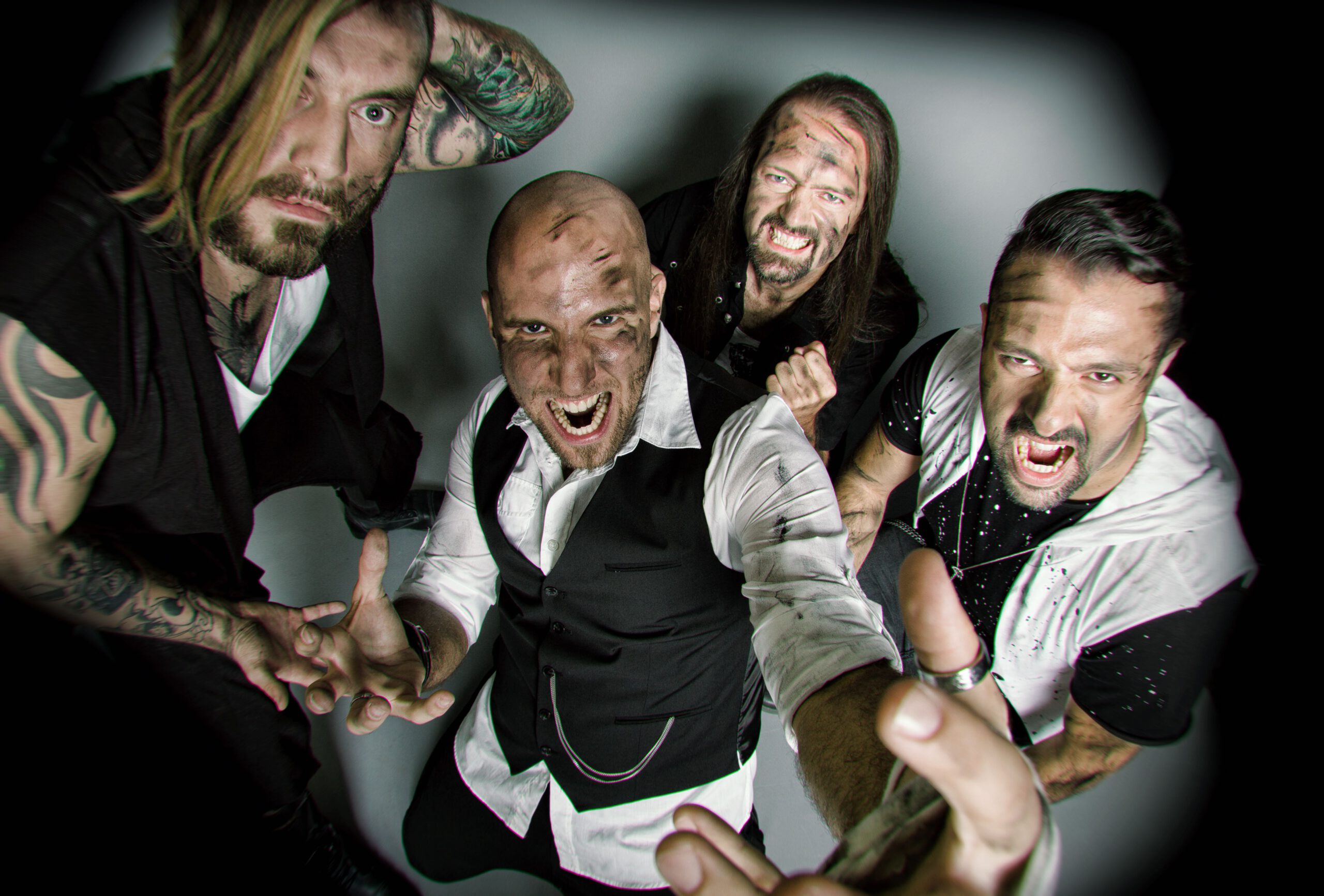 Back To The Roots

Serenity’s new album `Codex Atlanticus’ is being released worldwide this month so bassist Fabio D’Amore explains about the different line-up changes and having to record an album with main songwriter Thomas Buchberger no longer in the band. Fabio even sings on the album with some lead vocals for the first time. How did the decision come about for Clémentine Delauney to leave the band and to focus primarily on male vocals?
,,Yes, I think it was last year or two years ago already we decided to go back to our roots. Go back to a male-fronted band. It was a friendly split. There was not an argument or fight. It was a natural decision. We simply thought it was time for the band to go back to its origins. Clemy wanted to do something different. And we thought it was time to move forward. On the first albums we were primarily male-fronted with some occasional female guests. It was a cool time with her. We had fun and we released a great album, `War of Ages’, but for both parties it was really time to do something different. We did it and it was great. No regrets.’’

You have one female vocalist as a guest on the new album `Codex Atlanticus’. It is Amanda Somerville. You have worked with a bunch of different female artists in the past, why did you choose Amanda for this album?
,,It was kind of security for us because she already worked with us in 2011 for `Death And Legacy’. She sang on ,,Changing Fate’’ which I think is one of the best songs we have and she delivered a perfect performance. I think it was a natural choice to ask her to sing this time. As you heard, there is nothing to say. It is pretty cool.’’

How did it come about for you to do vocals on the albums?
,,That was something we talked about for years. When I joined the band I think from the very first day there was this idea for me to be a lead vocalist as well. I don’t know why it never happened before. It is hard to explain. We finally tried it. I think it sounds pretty cool.’’

I liked it. It sounded cool. It is not very common to have two male vocalists on an album. Not that you were on every song but to have that difference because your voice is very different. It is a good contrast to Georg [Neuhauser]’s voice.
,,Georg has a really classic sound, a smooth voice. I actually don’t have such a harsh voice as you heard in the record. I had to push myself forward to have this result.  Because I usually have a cleaner voice than that. I can sing [like I did on the album]. We wanted to have a contrast. We wanted to have a black and white. It was not easy. It is not so natural for me but I can do it. It is no problem live but this is not usually MY type of voice.’’

The fans have seen a lot of changes in the line-up of the band over the years. So the full members of the band now are Georg Neuhauser, Andy Schipflinger, you and Cris Hermsdörfer?
,,Yes.’’

So are you going to be bringing on a full-time keyboardist?
,,No. For this album we will stay as a four-piece band. We will occasionally use a keyboarder if we have the possibility. We have Franz-Josef Hauser join us from time to time and as far as Mario [Hirzinger], it is when he has time. We prefer to stay as a four-piece. It is really cool live. It is different because we never had this before. I think we will stay this way with drums, guitars, bass and vocals. The cool thing is that we all sing.’’ 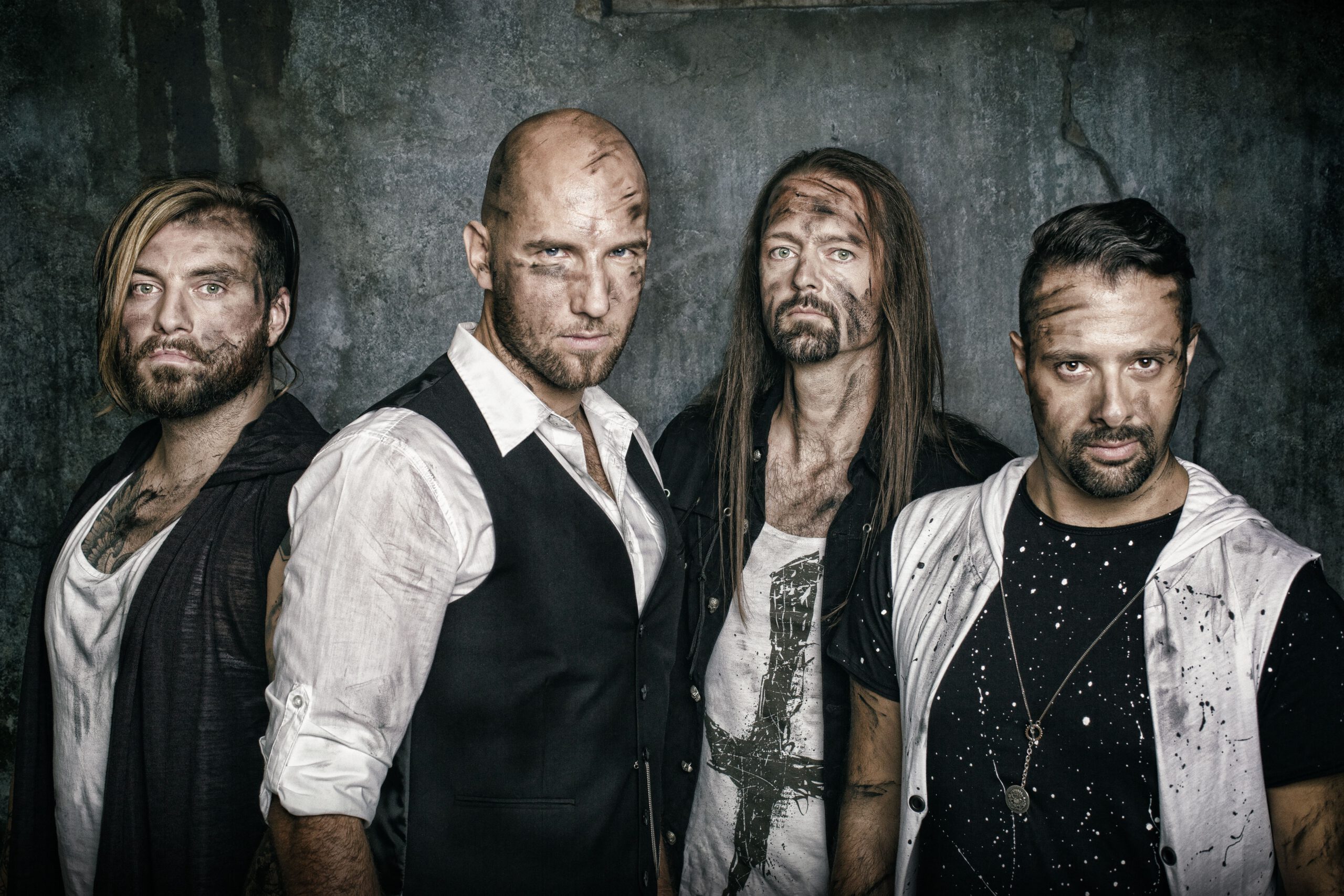 Has it been difficult to lose Mario [Hirzinger] and Thomas [Buchberger] who were big contributors to the band in the past? Has it changed the dynamic at all?
,,Yes for sure. The dynamic has changed especially because of Thomas because he was the songwriter. Just imagine when a band loses its main songwriter. It is not that easy to go on in this way. When we had to enter the studio for `Codex Atlanticus’ we had to change our song writing process and the studio dynamic completely. It was really, really different than the past. It was great. When you change something on your “machine’’ or “system’’, you might have some difficulties in the beginning not because it is not working, but because it is different. When it worked it was really, really great. So I think that was the only hard time to shift from Thomas to our current system. You can hear it is different. But not in a bad way. It is different in a positive way. You can hear that we moved on but it is still Serenity. It is still the same trademark and the same sound and the same aim we have for the future artistically. Concerning Mario, it was not really goodbye because he also contributed to this record as well, like he did for `War Of Ages’ for the lyrics. He is still part of the family so it is the same for us, so there is not a separation. We had him again on this record as a lyricist. It is good to stay in contact like this like he is not leaving completely and we are not friends anymore. In this way, he could bring his contribution to the record to suggest the best words for us to sing. He wrote lyrics for ,,The Perfect Woman’’ and ,,Spirit In The Flesh’’.”

When going into the studio, other than writing the album, was there anything else that you did differently that you didn’t do for previous albums?
,,Yes, the producer is not the same. It changed the way of working. We had Jan Vaçik from Dreamsound Studio in Munich, Germany. Just imagine having a studio that was the centre. He was the collector of the ideas and all the files. We were all in our separate studios and he was collecting the files and he was writing some of the songs. Some of the songs were from Cris and Georg, and I wrote some lyrics for this record, too. And Luki Knoebl from Austria was arranging the orchestra, which was a completely different factor from the past because we never had him as a orchestral arranger. It was all new in a different way. It was a bit of a risk. For the time we had, for the budget we had, for the aim that we had I think we accomplished everything so far for this album. The fans won’t recognize any weakness.’’

I actually thought this album was stronger than the previous album.
,,Thank you.’’

How did the idea of using Leonardo da Vinci as the theme for this album come about?
,,We have always or at least the past two albums we talk about historical figures. For this album I think we were backstage in the Czech Republic and we were discussing the next album and I don’t know how it came about but we thought about focusing on one historical person. I can’t remember who mentioned it but Leonardo da Vinci’s name was already on the table. It was like we always talked about it. I started to think about how to handle the album. It is not a real concept album like in a progressive music way like you & I are used to, like musically speaking. Since there is a concept behind the album, it is a sort of diary of da Vinci. There is his diary in a museum in Milan. You can read the book. We wanted a sort of diary so there is no timeline between the songs. He is younger in some songs and older in other songs. I think it is cool since there is no timeline you can really have a different dynamic that you don’t expect from this story.  So everything is based on historical facts and real things but we also put imagination behind the lyrics. We tried to think about how he was thinking about that moment and topic.’’

What do you want to personally see Serenity become in the future?
,,I would like to see Serenity expand worldwide so not just Europe and US, but also Asia or South America. Try to travel as much as possible to get new fans all around the world and get new tours and reach places we’ve never toured before. I think this is the first goal for the band. I see Serenity touring Japan, China or Brazil or anywhere else. I am not talking about sales because that would be completely stupid right now in this business. I am wishing to tour in different places and not the same places. It is always the same in Europe… you see the same venues.’’

What are you personally working on at this time (projects/albums)?
,,I am working on my solo album.’’

And you have been working on it since 2008 when I interviewed you then. {Laughs}
,,I actually have been working on it since 2003. I finally found the formula to complete it.  I was stuck. I found a producer so I am not producing it myself. I am working with someone who is helping me to rearrange all the songs I already have. The demos are all complete. We are re-tracking all of the instruments and vocals. I hope the album will be out someday in 2016 or 2017. We are not doing the whole thing at once, but we are working on each song one at a time until I find myself completely satisfied. I have no stress. I have no deadline. No one is asking me about it so I want to take the right time to do this. I have to split my concentration between tours.’’
—-
Visit the website of Serenity and follow Serenity on Facebook