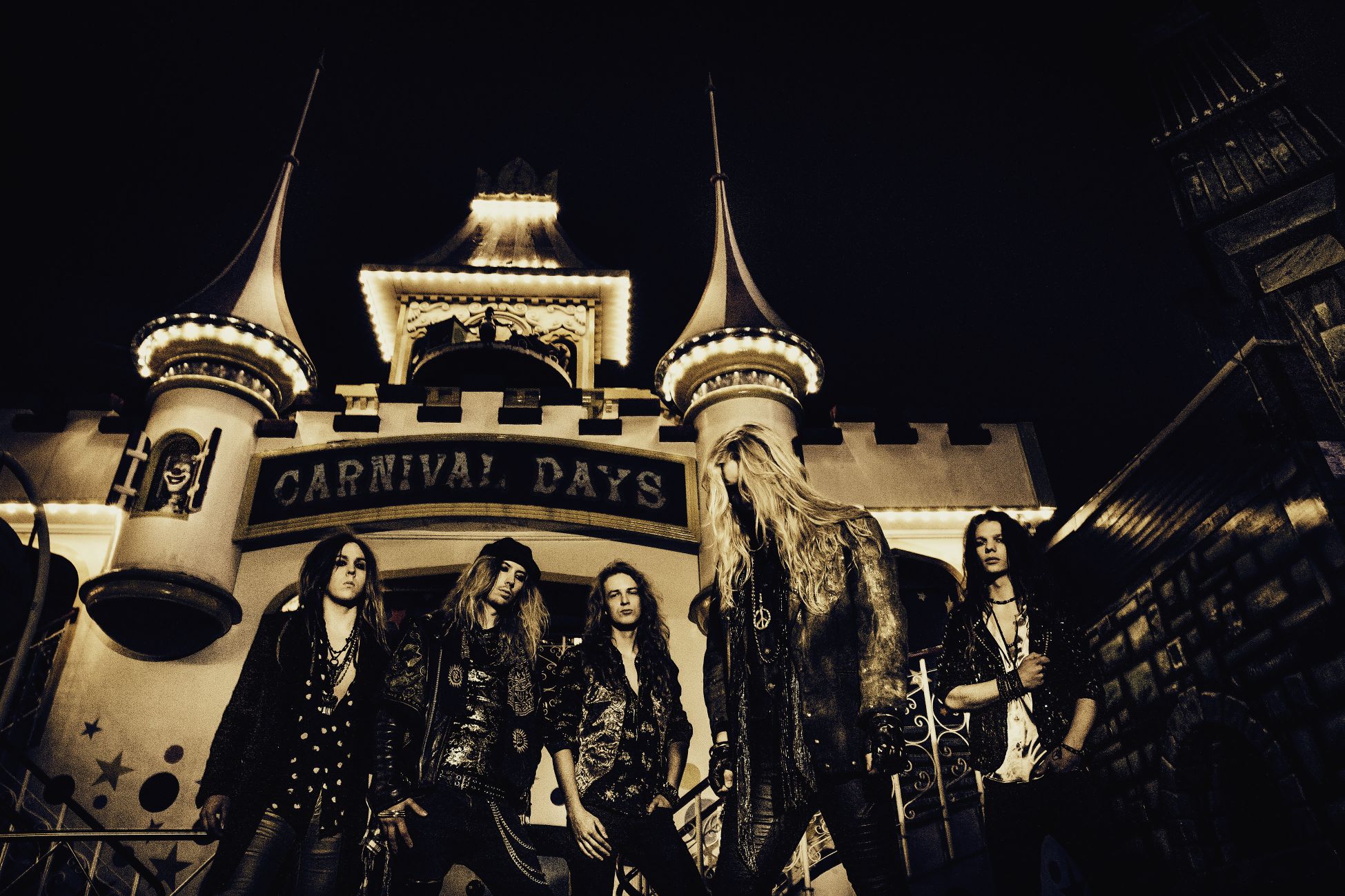 ,,We want to make music that sounds like us.’’

These young Finns started in 2011 and worked their way up from the underground in their homeland to international success. After the release of their debut album ‘For Crying Out Loud’ they played some summer festivals after which they did a two month tour with Lordi, followed by their first headline tour through Spain in early 2017. After that they worked on the follow up for their highly acclaimed debut which is just released and called ‘Carnival Days’. Style wise think of them as Guns N’ Roses, Aerosmith, Skid Row but with a twist. Rhythm guitarist Miki Kalske is proud of the record on which the band perfected the style which could first be heard on the debut album.

,,I see it as a big step forward which is cool because we wanted to make a better album in every way. This is more who we really are and the direction in which we want to go. At least we are on the right track.’’ 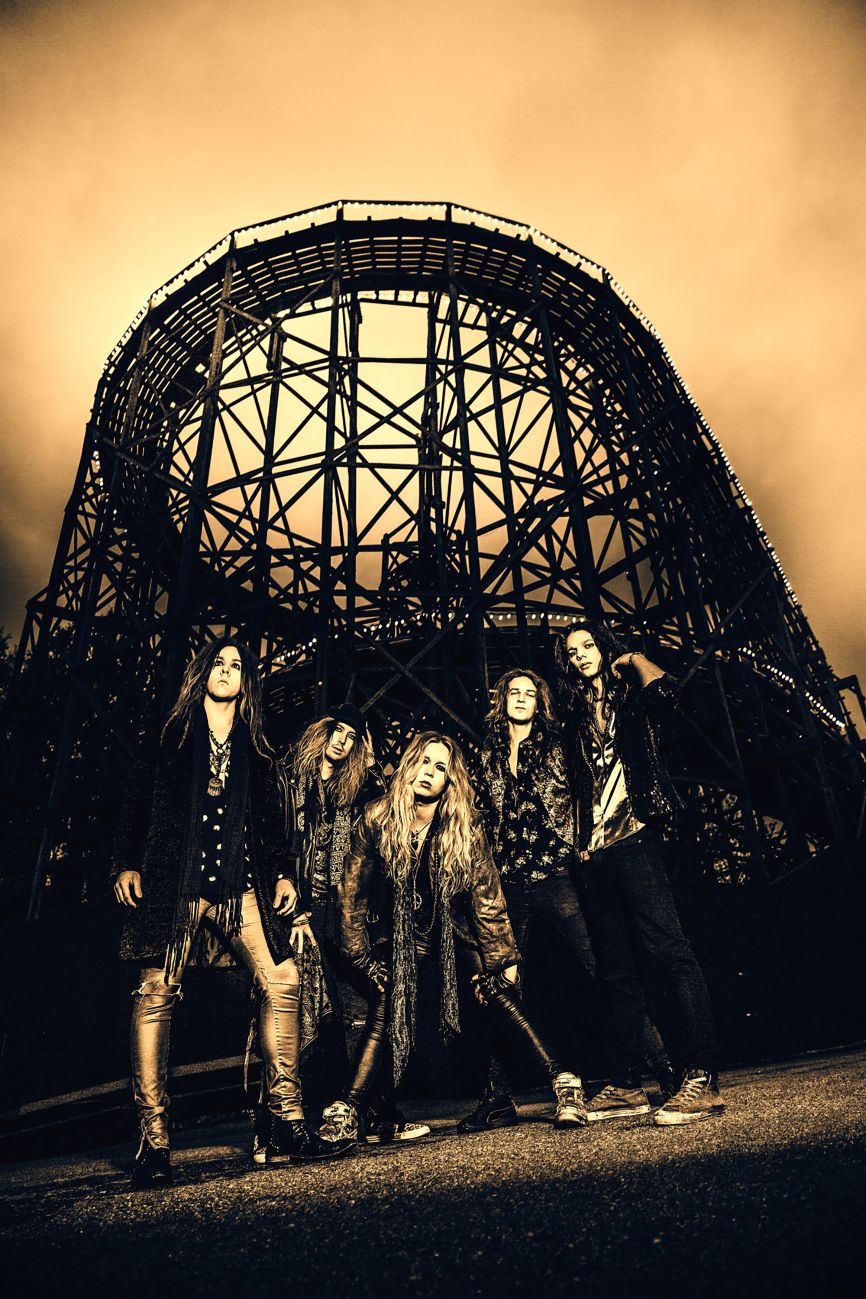 Did you have a plan when you started Shiraz Lane in 2011 or was it all about just having a good time?
,,It started with having fun and hanging out together but we all had a similar goal: we wanted to play live and for the people to hear our music. The more shows we played the more the hunger rose and we knew we wanted to continue.’’

Was it easy to find like-minded people in Finland? Because that land has a tradition of black, death metal and the darker stuff and Shiraz Lane is the opposite.
,,When we started there was a good underground and many like-minded people. You always need a stroke of luck to find the right people that get along musically and personally, but we did.’’ 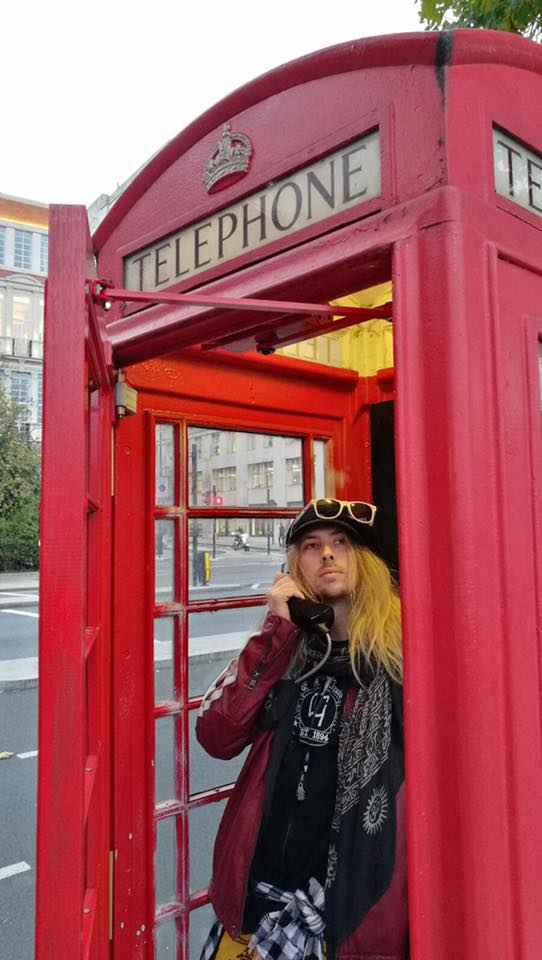 What sparked your interest in music?
,,When I was teenager I first heard hard rock and thought it was cool so I wanted to play it myself. Nowadays it’s not only hard rock but every musical genre as long as it sounds good.’’

Is that wide interest in music also the reason that there are horns used in for example ,,Tidal Wars’’ and ,,Gotta Be Real’’ and there’s a reggae part in ,,Reincarnation‘’?
,,Yes, but if we use external instruments it should fit the song and the horns fit there when we used them. It needs a purpose and it’s not there for the sake of being different. We could make a ‘normal’ hard rock album, but because we like a wide variety of genres and have different sources of inspiration it totally makes sense.’’

And that makes it a lot more interesting?
,,Absolutely, and because it has more layers even a pop fan could like it.’’ 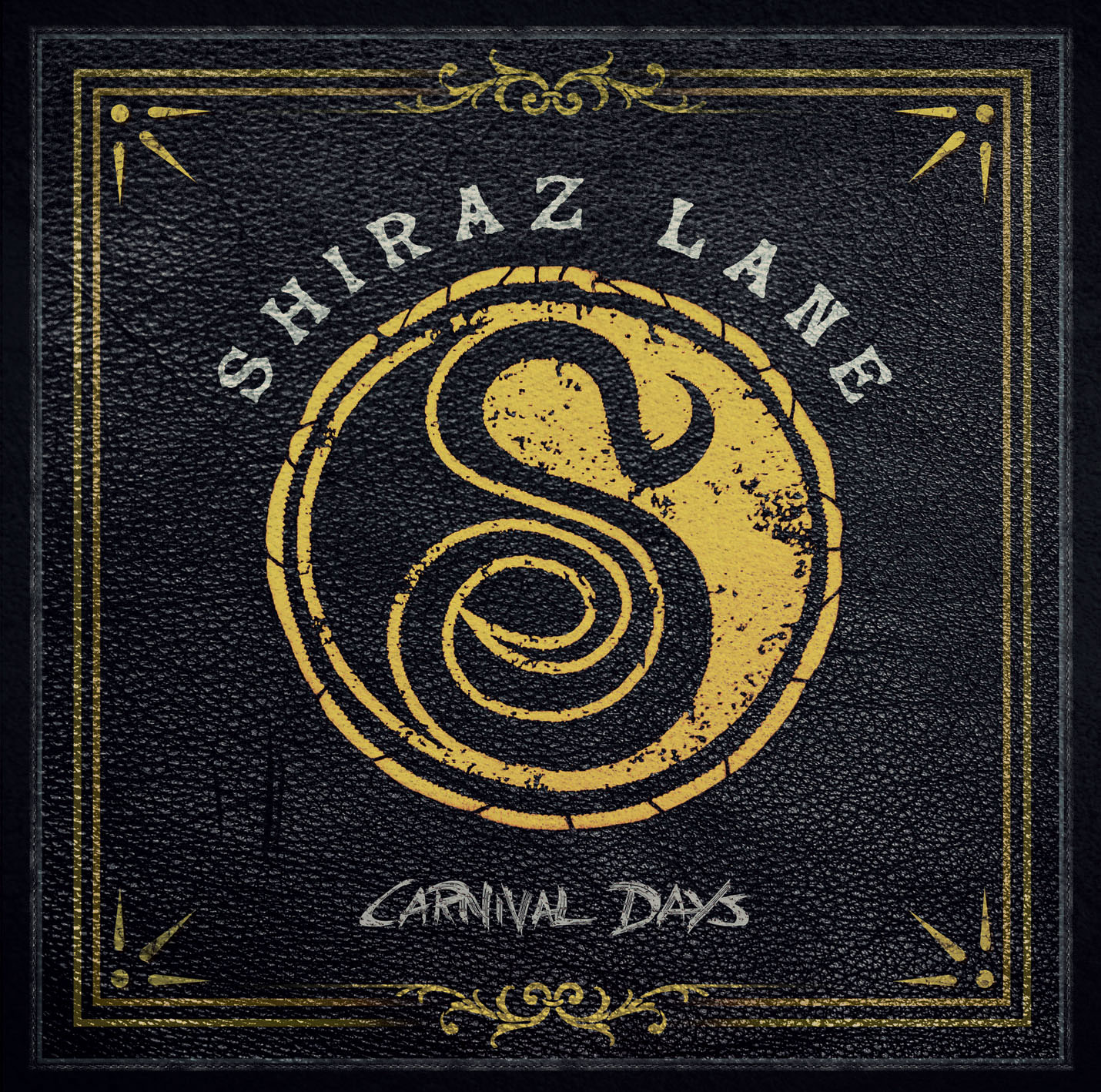 ‘Carnival Days’ has been a year in the works.
,,We started pretty early with searching for the right producer and took our time with pre-production. We recorded in Sweden during the whole spring time and kept coming back recording demos, re-arranging bits, reflecting on what we could do better. After that we started recording for real. We worked very methodical, not just one take but focusing on every little aspect, that took some time. And after that we wanted the mixing and mastering to be perfect, so it was a long process.’’

The writing process?
,,Same means, not much changed there. We brought in riffs and melodies to the rehearsing place and started jamming and trying out different things. This time we also co-wrote some songs with our producer so that was a little different but the core of the songwriting and compositions was pretty much the same as before but we learned a lot.’’

You’ve played many shows so you know what works and what doesn’t work with the audience. Do you keep that in mind during the writing and recording process?
,,When we do live shows we try to spice the songs up a bit. We don’t necessarily play it exactly as on the CD because that can be boring. Making some changes keeps it interesting for the audience and for us.’’

Is there an overall theme to be found on ‘Carnival Days’?
,,The lyrics are about what’s happening in the world but also more personal and emotional. I guess you can say that the theme is hopefulness and positivity although that’s not obvious in all the songs.’’ 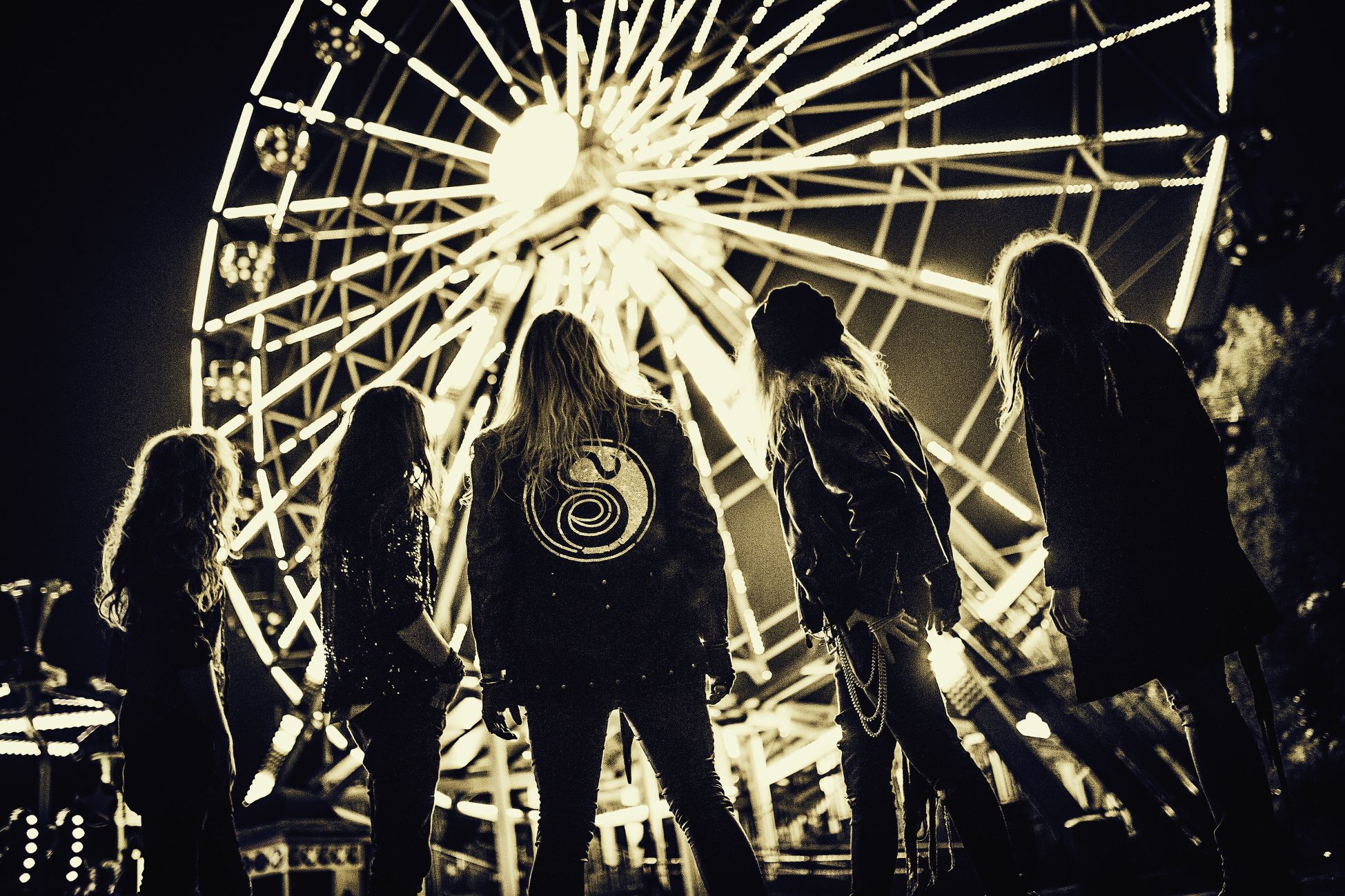 What was the most challenging song on the album for you?
,,,,Reincarnation’’, the last song, eventually it became eight minutes long. It had so many different parts and when we started we did not really know how to approach it. It took some time to get the arrangements right, we re-wrote the chorus, spiced it up, and added a heartbeat in the background when we started recording it for real. It worked but it was a challenge. It used to be an eleven minute song.  It was a puzzle that we learned how to put together in the process.’’

Shiraz Lane is labelled a rock band but the songs are very accessible so you could reach a wider audience.
,,We don’t want to be labelled as just a rock band. Of course we are rock but we write music that sometimes can be labelled as jazz rock and many other styles. When you look at the Guns N’ Roses catalogue you’ll see that it is really varied but it sounds like GNR. We want to make music that sounds like us. We want to surprise ourselves and our listeners.’’

What would you have become if not a musician?
,,That’s a tough one. None of us really thought about it. Probably something artistic.’’

What is the last thing you do before you go on stage?
,,One thing we always do is boxing our knuckles together but that is it.’’ 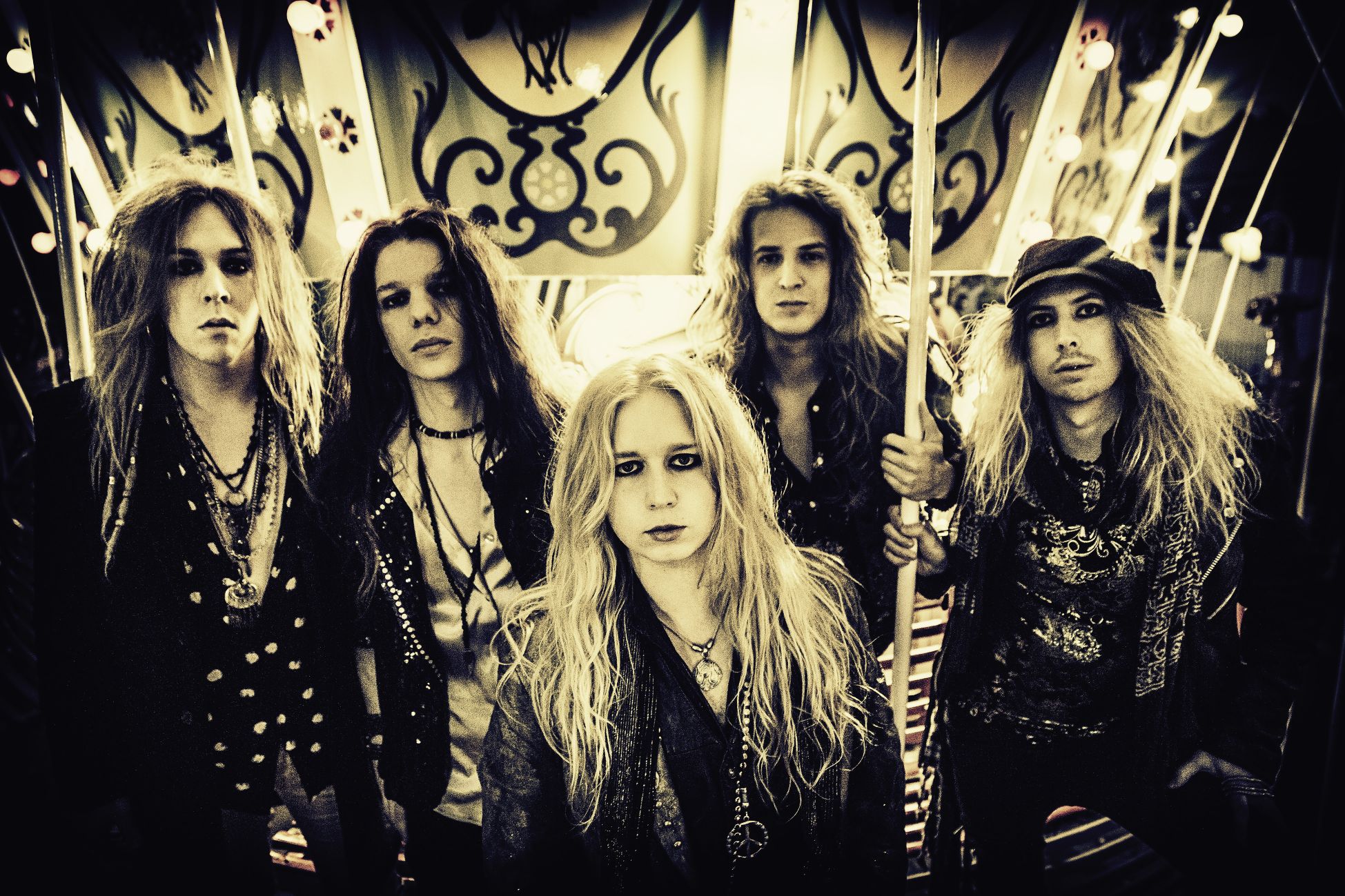 Is there a difference between Miki on stage and Miki off stage?
,,Yes, on stage I’m all energetic and let everything loose. Off stage I’m more laid back and easy going. On stage is also intense because of the adrenaline.’’

What advice would you give to a kid who wants to become a musician?
,,You should rehearse a lot. Once in a band; rehearse with that band even more and be open to influences. Don’t be afraid to try things. Even if they would fail you will learn from the process and become a better musician.’’
—
All Band photos by Pekka Keränen