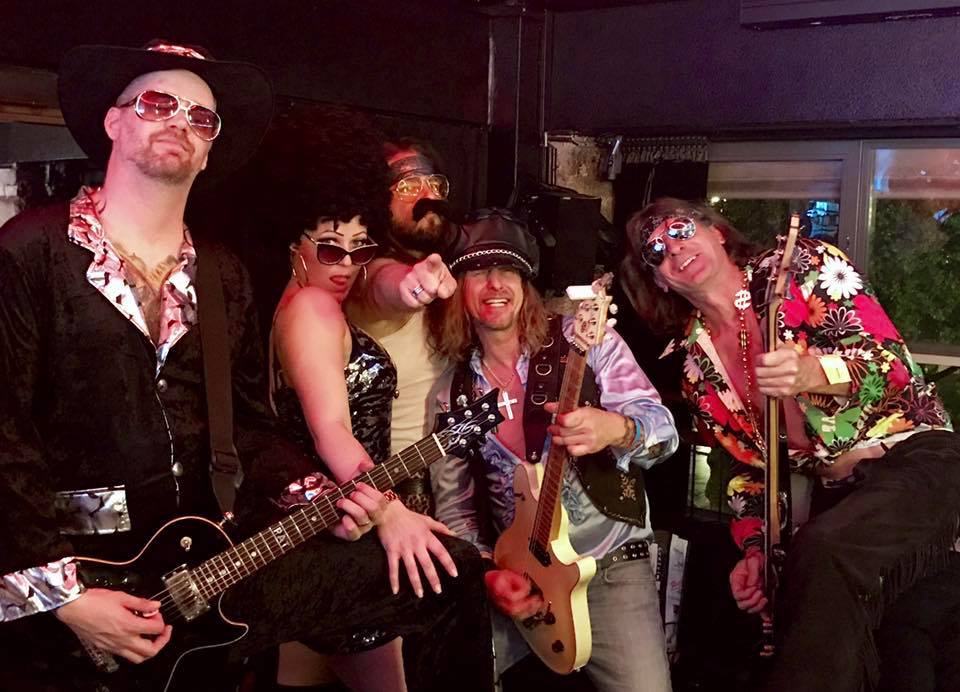 ,,Being In A Band Should Be Fun In The First Place’’

Imagine this: As a band you finally decide to record your first album in a studio abroad, being very motivated because of the numerous of killer live shows you already have done and because of great demand by your fans. At first you experience a fabulous and inspiring time in the studio but suddenly the peak of the moment turns into the biggest nightmare: The studio crew destroys your recordings before they even see the light of day and it eventually tears your band apart. This is the scenario that happened to Swiss rock band Sinside five years ago. Guitarist, songwriter Chris Blum, who formed Sinside in 2006, was of course devastated at the time because his band was no more. But time passed by and ten years after the official formation, Chris decided to give the band a second chance with a complete new line-up. When second guitarist, and HeadBangers LifeStyle contributor, Patrik Wydler joined Sinside in March this year, the five piece decided to record and digitally release their 4-track EP `2017’ (out 8th July), meant as an official shout that Sinside is back in business. HeadBangers LifeStyle gave Chris and Patrik a call to hear about the ins and outs of the resurrection of Sinside. 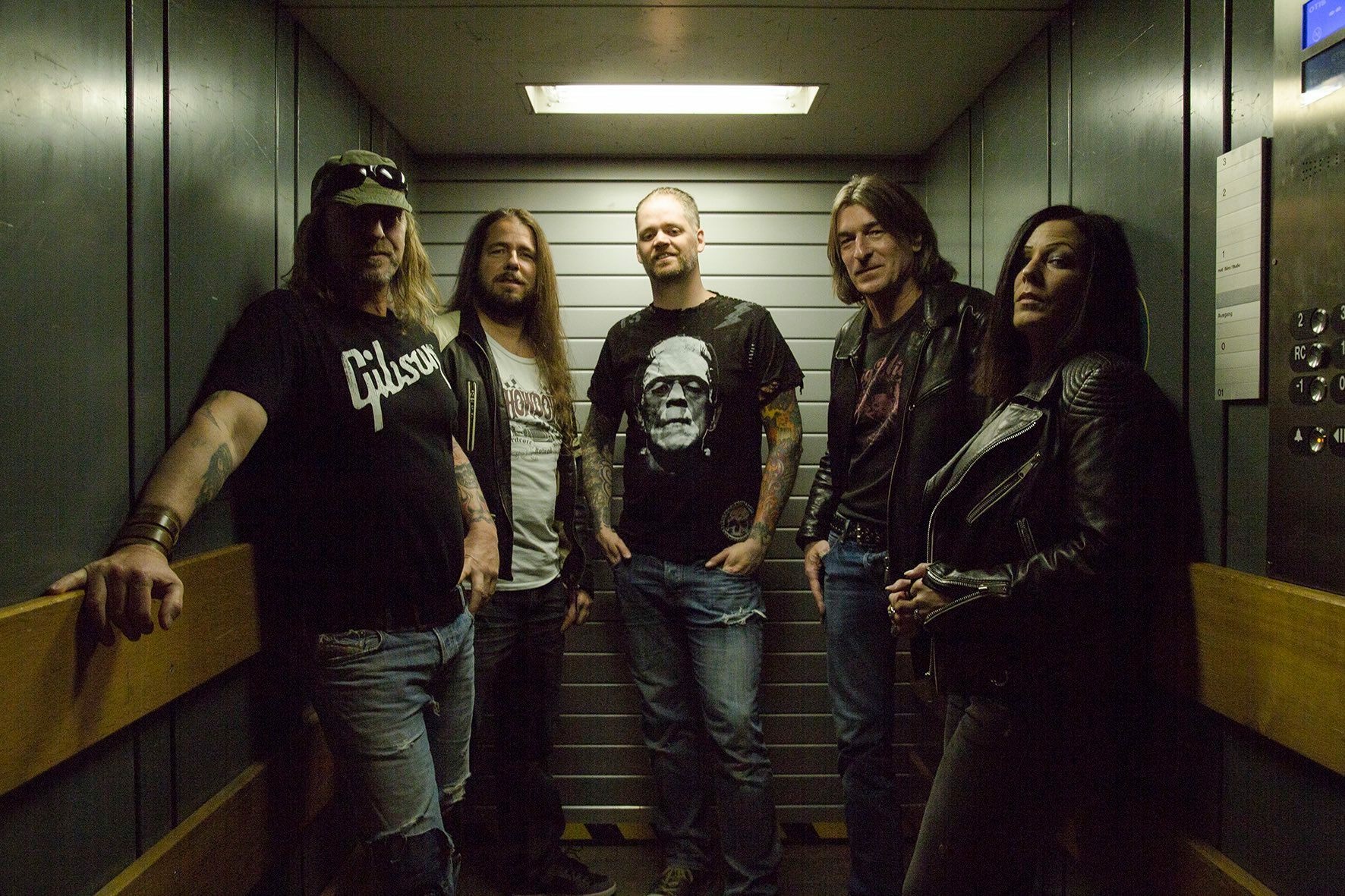 Chris, what was for you the main reason to reform Sinside?
,,Simply because the right people, my new great motherfucker musicians, came into my life.’’

How is it to have Patrik as the new, second guitarist in the band?
,,We were looking for a second guitarist for quite a while and after the first rehearsal with Patrik I honestly had some doubts. But during the second rehearsal Patrik did a very good job. He is now our newest band member but one of the best things that happened to Sinside. He is not only a very good guitar player, but he has a great network and many good contacts in the scene, which is a great benefit to the band. He is a motherfucker, a guy with a great character and we love him very much [laughing]. As a band we grow closer every time we play together and we really share great times. It is an experience of a lifetime.’’

,, A lot musicians take themselves way too serious…’’ –Patrik Wydler

Patrik, how did you get the audition for Sinside and why did you want the job?
,,When Sinside drummer Steve [Karrer] asked me to come over for an audition I had to reconsider it a lot, because I wasn’t sure if I was really ready to join another band. But I also felt if I don’t go over there for an audition I will never find out and I will hate myself for not trying. When I entered the rehearsal room and met these amazing people, I immediately felt the chemistry was there. Indeed they weren’t sure after the first rehearsal but I was completely sure I wanted to be part of Sinside. I worked a lot on the songs for the second rehearsal and then it just went amazing. We had so much fun together, we already sounded great, even though we sounded shit back then [laughing]. The most important thing for all of us is just to have fun together and that is what we experience during rehearsals and on stage. A lot musicians take themselves way too serious and they seem to forget that being in a band should be fun in the first place.’’

The first line-up of Sinside had a male singer, now you work with a female singer. Was that an intentional decision?
Chris: ,,Actually it has been a coincidence. Alex [Suter] just came along and she said she wanted to sing with us. We told her we weren’t looking for a female singer. But when she sang, she just did such a great job, we simply couldn’t let her go. So she was in! To me it is not different to work with a girl in a band because Alex is just a great girl and without drama.’’
Patrik.: ,,Yeah, Alex is more like a brother to us than a sister [laughing]. She has a lot of balls, I can tell [laughing]. She is pretty mature and definitely not one of those teenage Barbie chicks. She knows what she can and what she wants. Alex is a great addition to this band.’’ 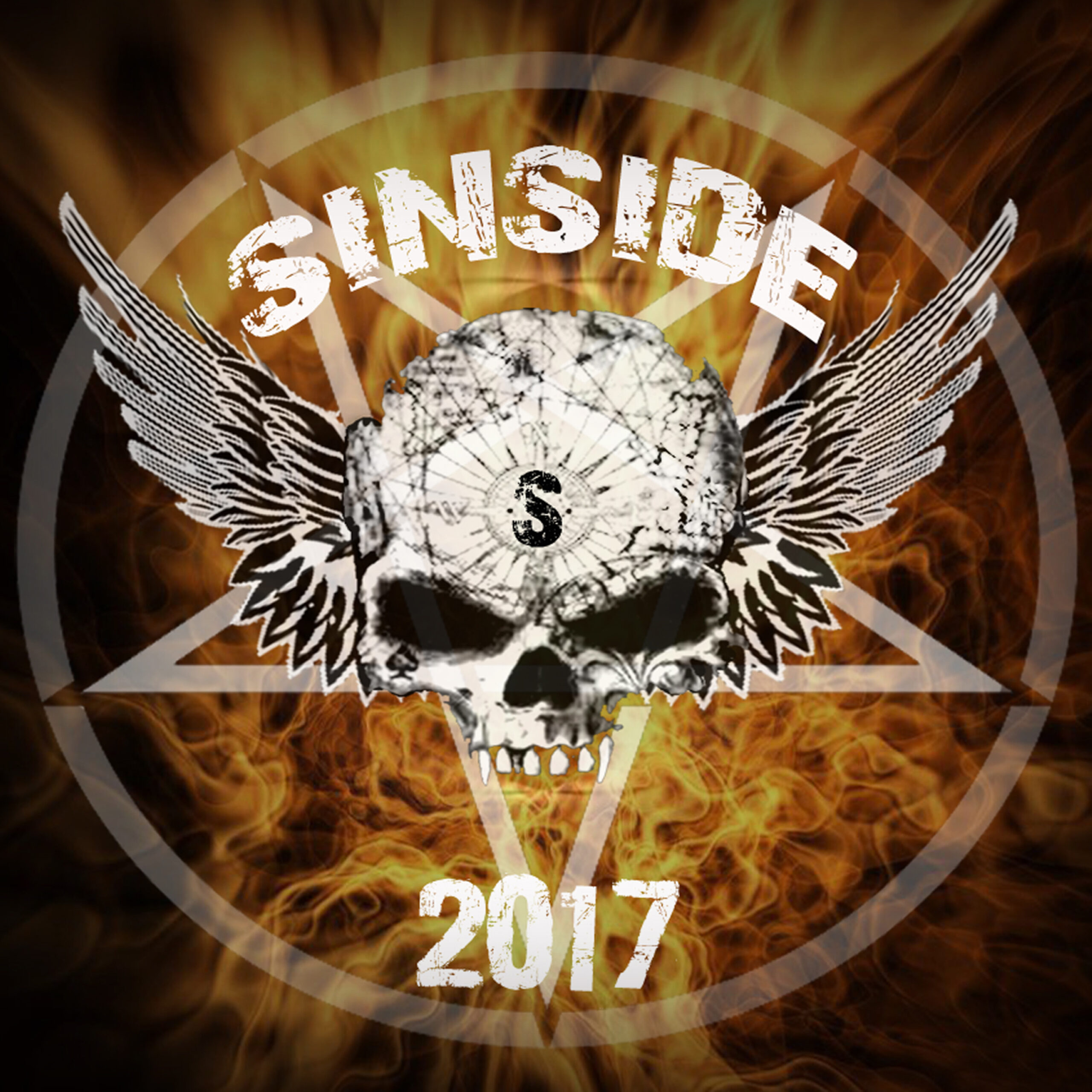 Why did you record a 4-track EP and not a full length CD?
Patrik: ,,There weren’t any recordings with Alex and the new line-up yet and we needed recordings that could help us to book shows and to spread the word of Sinside. The initial plan was to take the best songs of Sinside, which were already written in the past with the old line up, and to record a demo. But the recordings turned out so fucking great [laughing], we decided to release them as an EP. In one day we recorded, mixed and mastered these four songs. What you hear is all live, nothing is fake.’’
Chris: ,,We recorded the songs by playing live together at the same time and it took us about 2 hours. We only did some overdubs for the guitar solo’s, also to have a bigger sound, and backing vocals. We had a lot of fun and we were all very happy at the end of the day.’’ 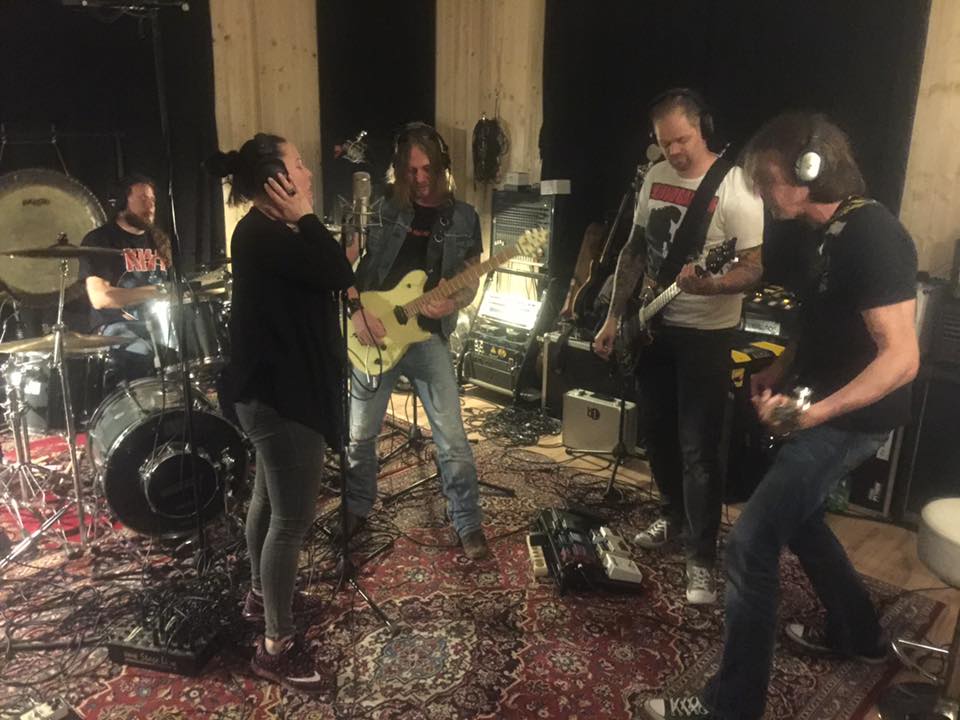 What style of music can people expect to hear on `2017’?
Patrik: ,,I hate to put music in drawers but I would say we just make honest and authentic hard rock. What we provide is who we are, there is no bullshit, no fake stuff or anything. The music is completely us and shows the fun we have together, pressed in a digital file on the computer [laughing]. We are five individuals following our own path inside the band but it all works out pretty well together. The best example is our photo shoot recently. Usually as a band you have a big discussion about how to do it and what to wear. We decided that everybody just should bring whatever they wanted to wear. Right before one of our rehearsals we took some snapshots and that was our photo shoot. It worked out well. We all have our experiences in music and we just don’t want to waste our time on too much negativity in our lives. We know what we can and we know we can deliver on stage as a band. We want to have fun and Sinside is perfect for that.’’

Where can people buy your EP?
Patrik: ,,`2017’ is released through Brownsville Records. It is actually the label of my brother who plays in Second Function. We are very thankful for his help, because we wanted to get these songs out as soon as possible. Our EP is now only available worldwide through all digital channels, but we are working on a possible physical release as well. For now we don’t have the intention to sell our EP, we just want to spread the word so everybody gets to know Sinside. But in the mean time we are writing a lot of new music also.’’

,,We all have boring day jobs, except for Chris, he is a guitar teacher…’’ –Patrik Wydler

Are you planning to play as much live as possible?
Patrik: ,,Because we all have boring day jobs, except for Chris, he is a guitar teacher, it is a little bit difficult to go on a real tour. We try to play as many shows as possible mainly in Switzerland and just across the border if we don’t have to travel that much. So yes our main target is to play as many shows as possible, rock together and grow together, write new music and maybe doing another release. But there is no real plan actually. When the time is right we will figure it out and then you will hear from us again.’’ 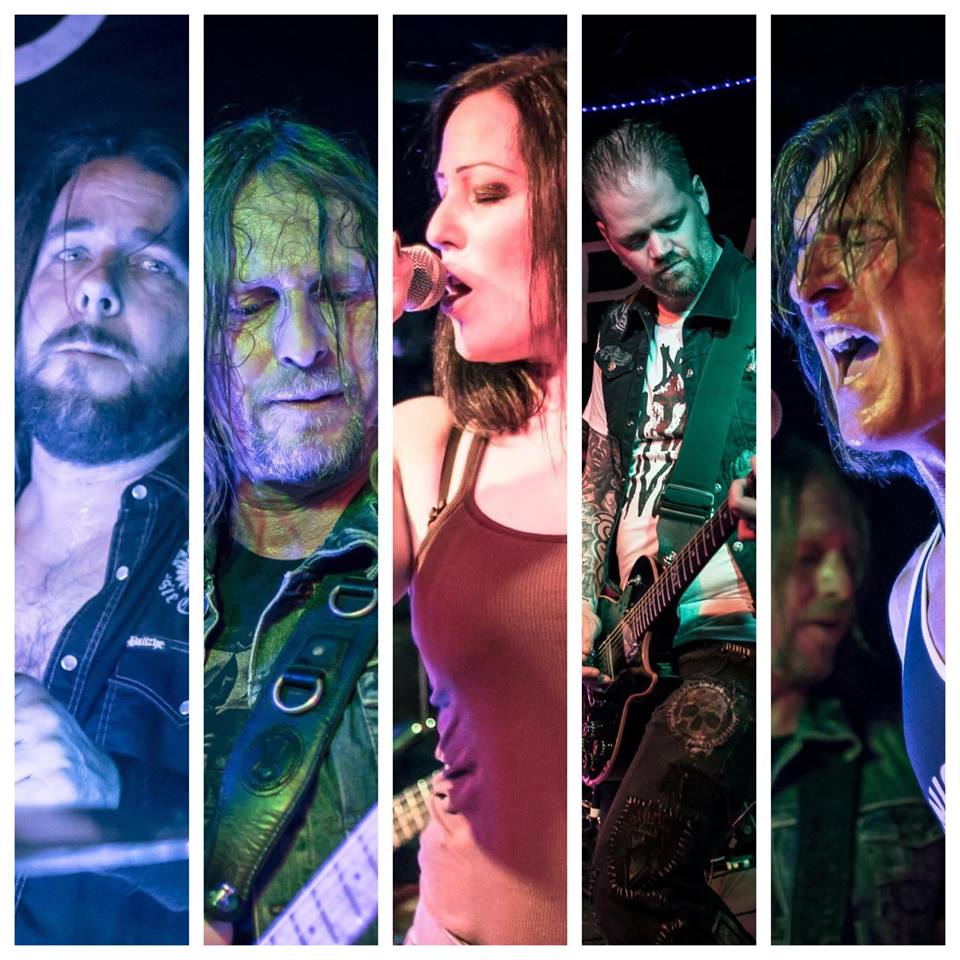 How far would you go for a career in music?
Chris: ,,For me it is a lifestyle. I spend all my time on music. Sometimes I don’t have money and then I work here and there but most of my time I spend on making music. That is the way for me to live.’’
Patrik: ,,I would go as far as I can as long as the fun and the satisfaction is there. The moment the music becomes “a must do’’, I probably would stop. I don’t want to grab my guitar because someone tells me to do. I want to grab my guitar because I love to.’’

In what way are you challenging each other?
Chris: ,,Patrik is ten years younger than I am and does 20 things in one day for the band. He promotes, he does, this, he does that. I am not that fast. I am just a guitar player [laughing].’’
Patrik: ,,To me it is free guitar lessons [laughing]. No seriously, the way the songs are played in Sinside, I never played guitar like that before so that already was a challenge for me. I like to learn from Chris, his skills are much better than mine and it is always great when we play guitar together. We both have such a different playing style but the combination is perfect. And we don’t have any ego shit going on.’’

Chris, what is your advise as a guitar teacher?
,,To be yourself. That is the most important thing. I teach kids who are 6 years old and who are 16 years old and I believe music is a key in life for them.’’

Where would you like to see the band in five years?
Patrik:,, I will turn 40 this year and I would be a liar if I tell you in 5 years I want to live in Hollywood as a rock star and bullshit like that. I am realistic enough to know that it could happen but it probably will never happen. What would make me proud is if people know about us, if they come to our shows and just respect us for what we are and what we do.’’
Chris: ,,I agree.’’ 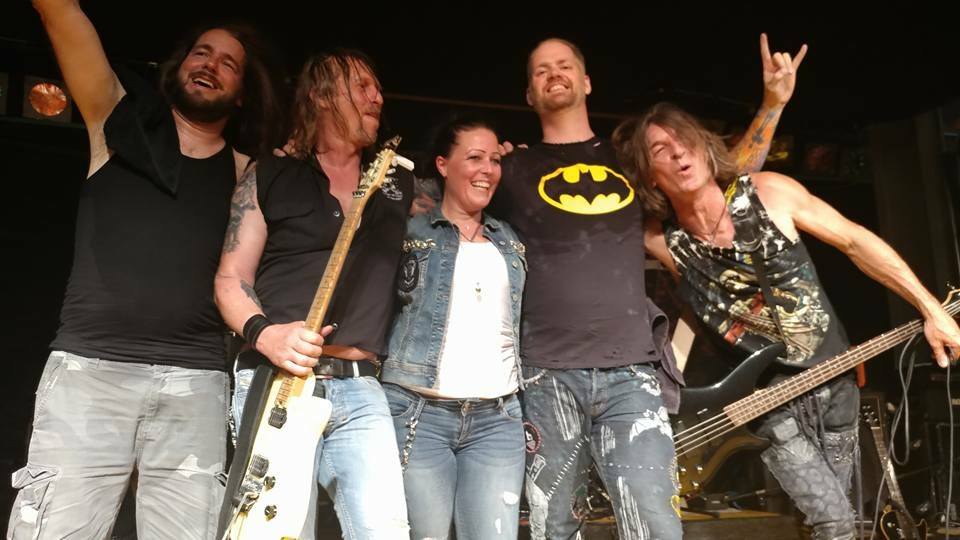